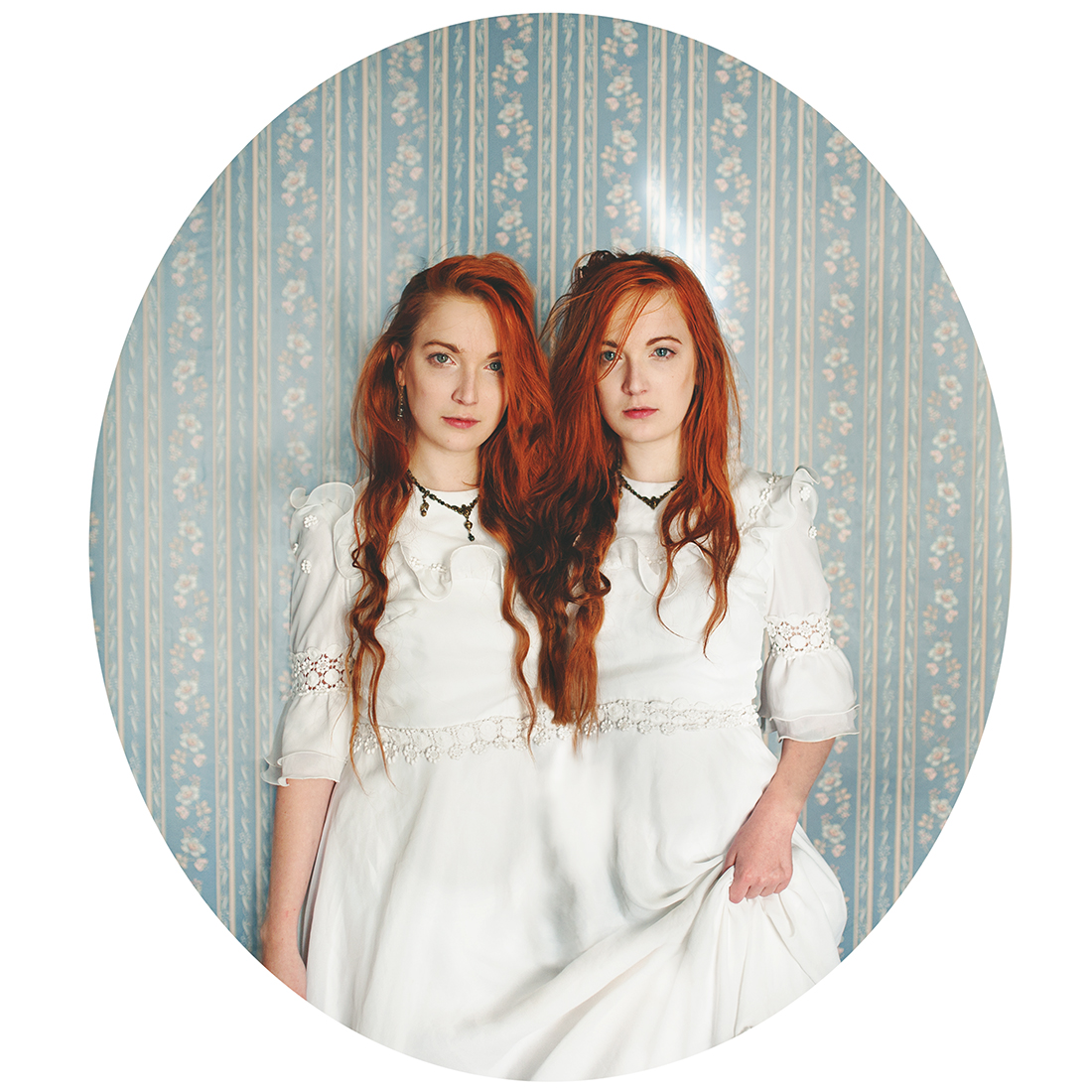 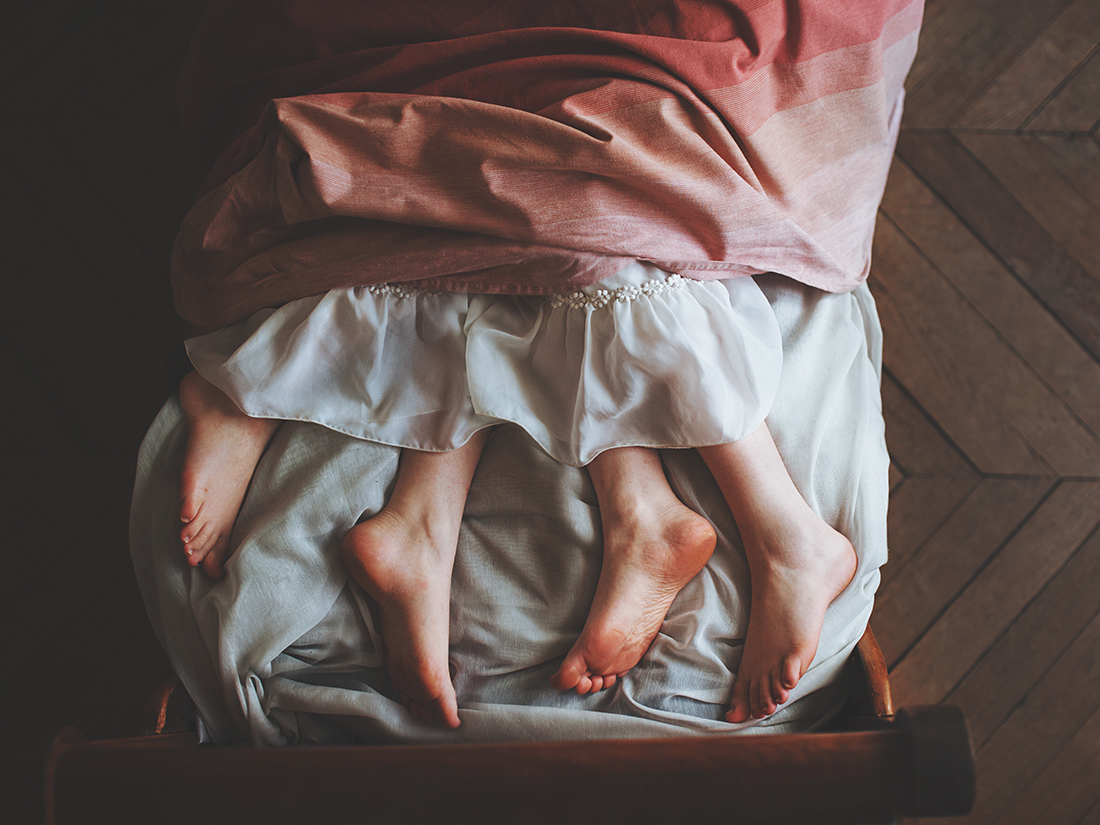 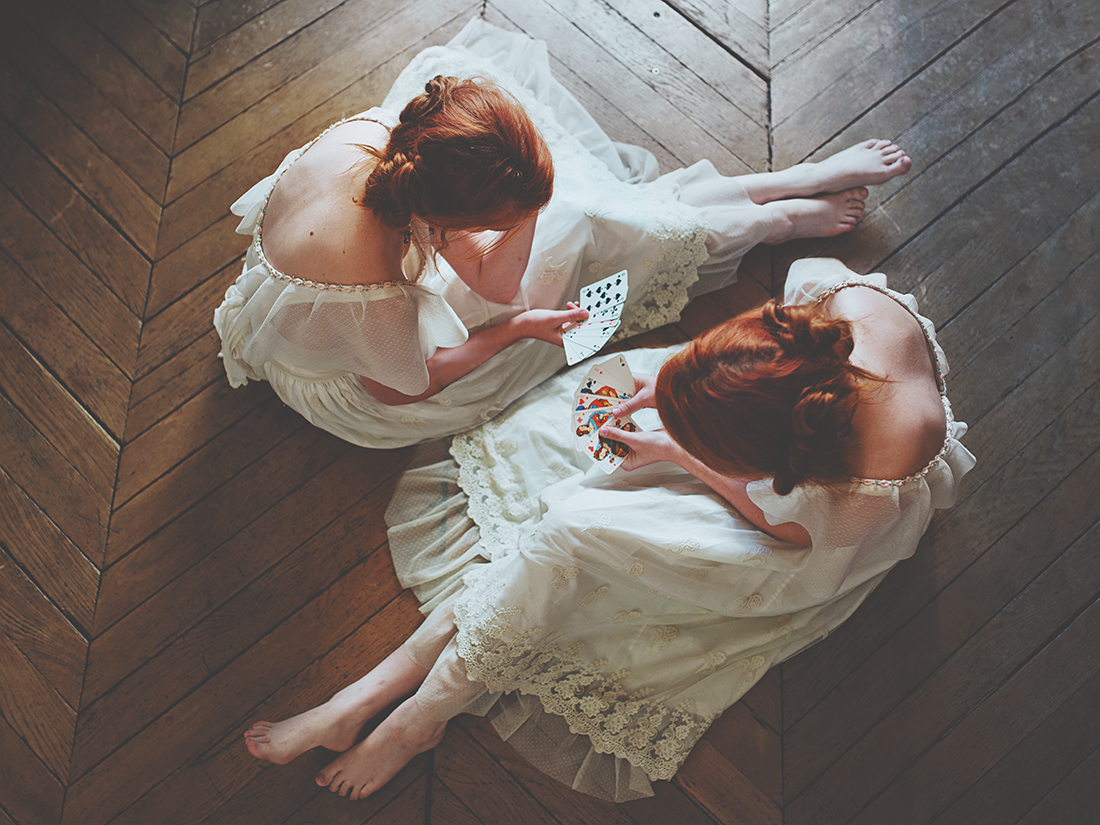 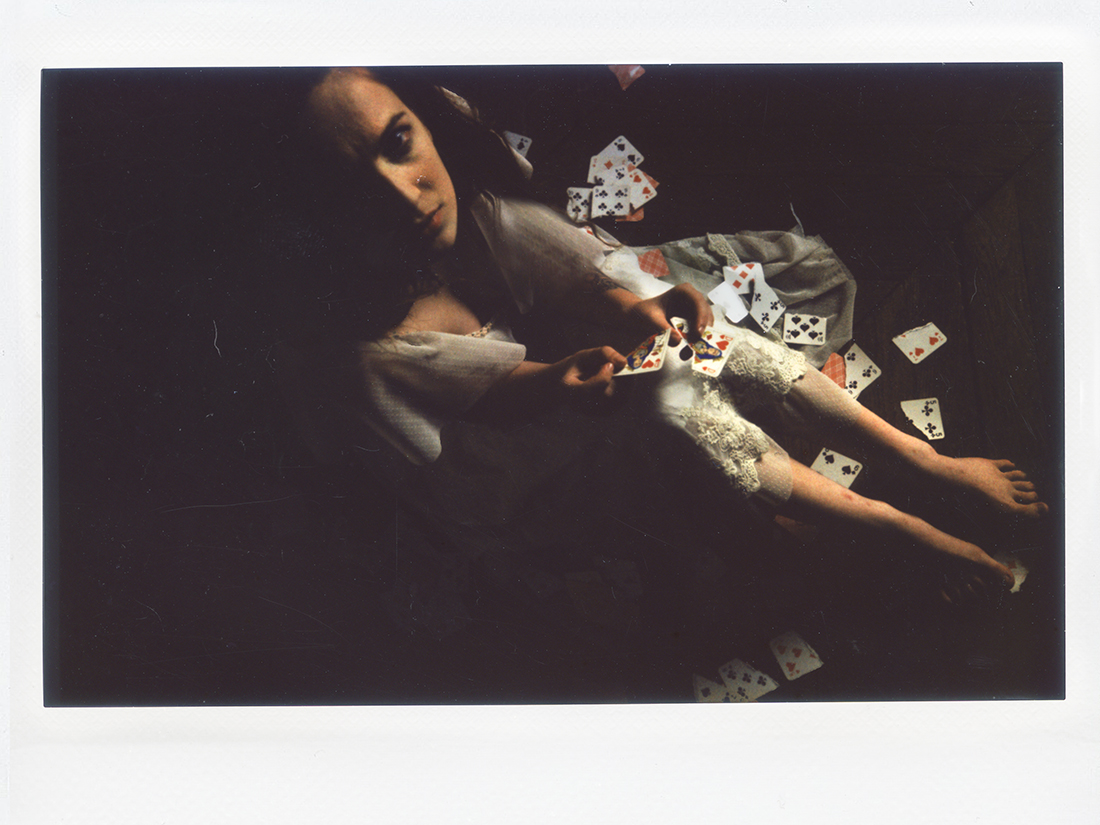 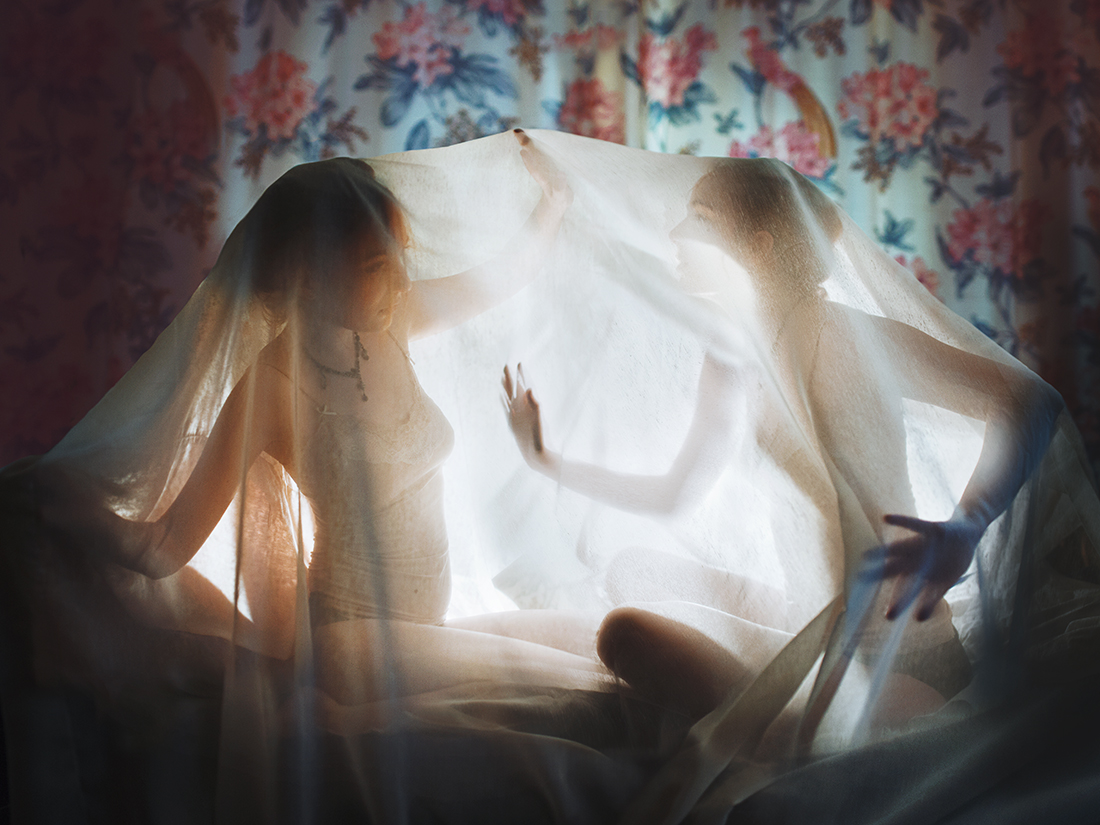 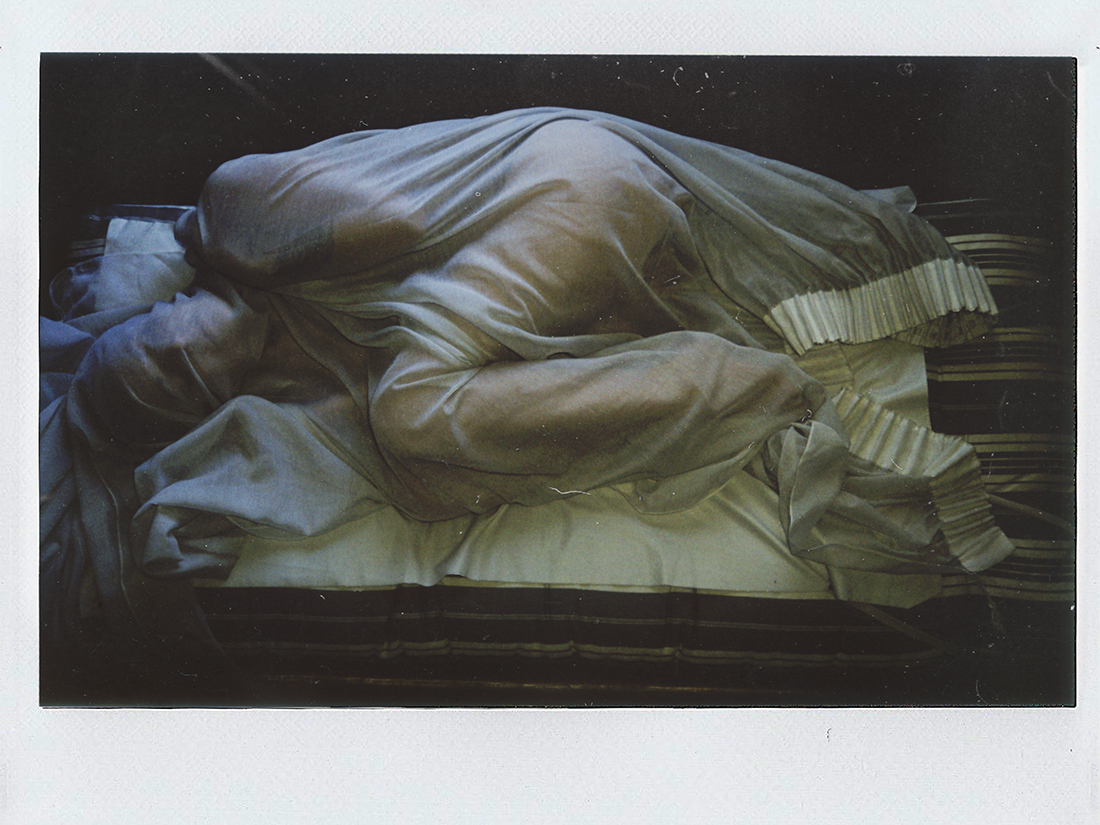 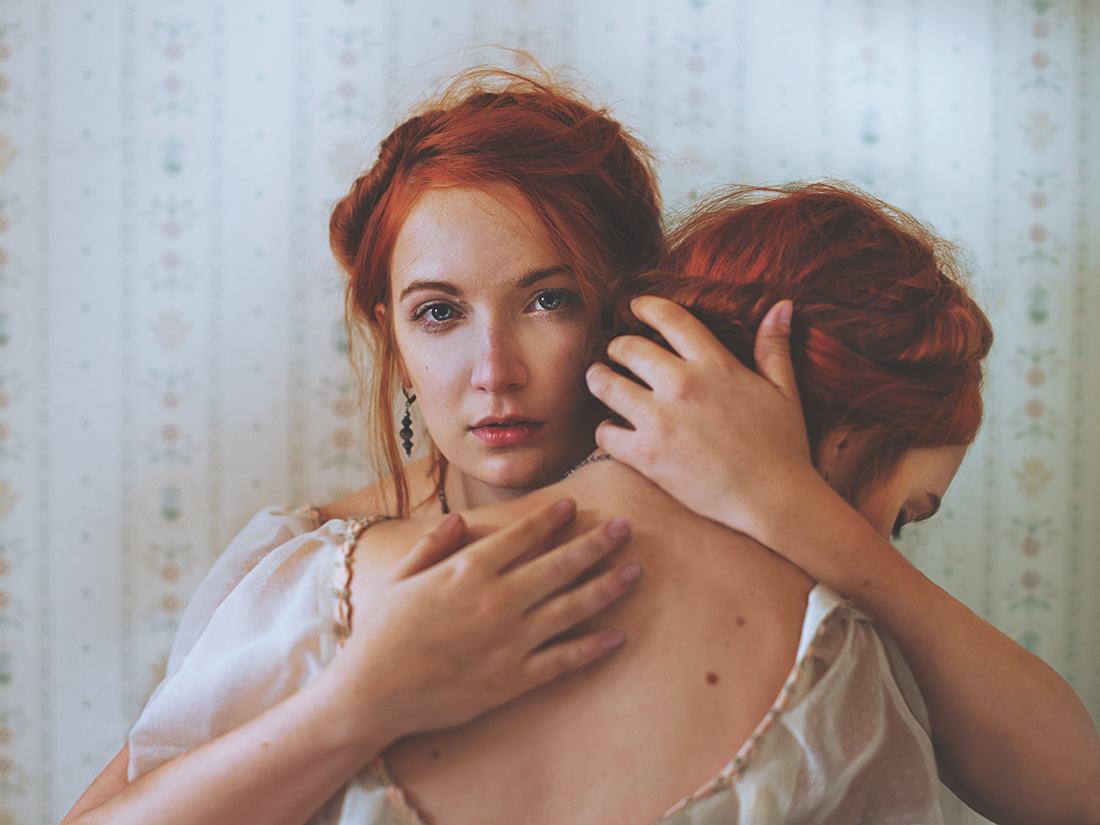 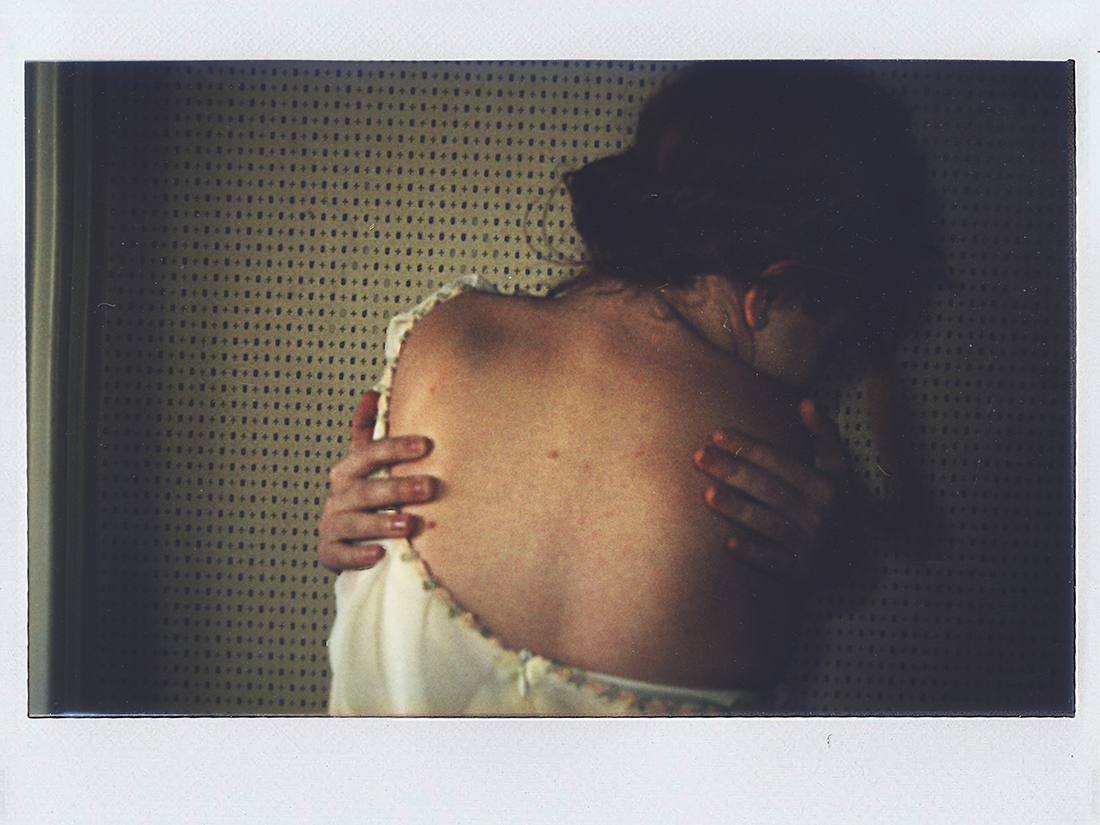 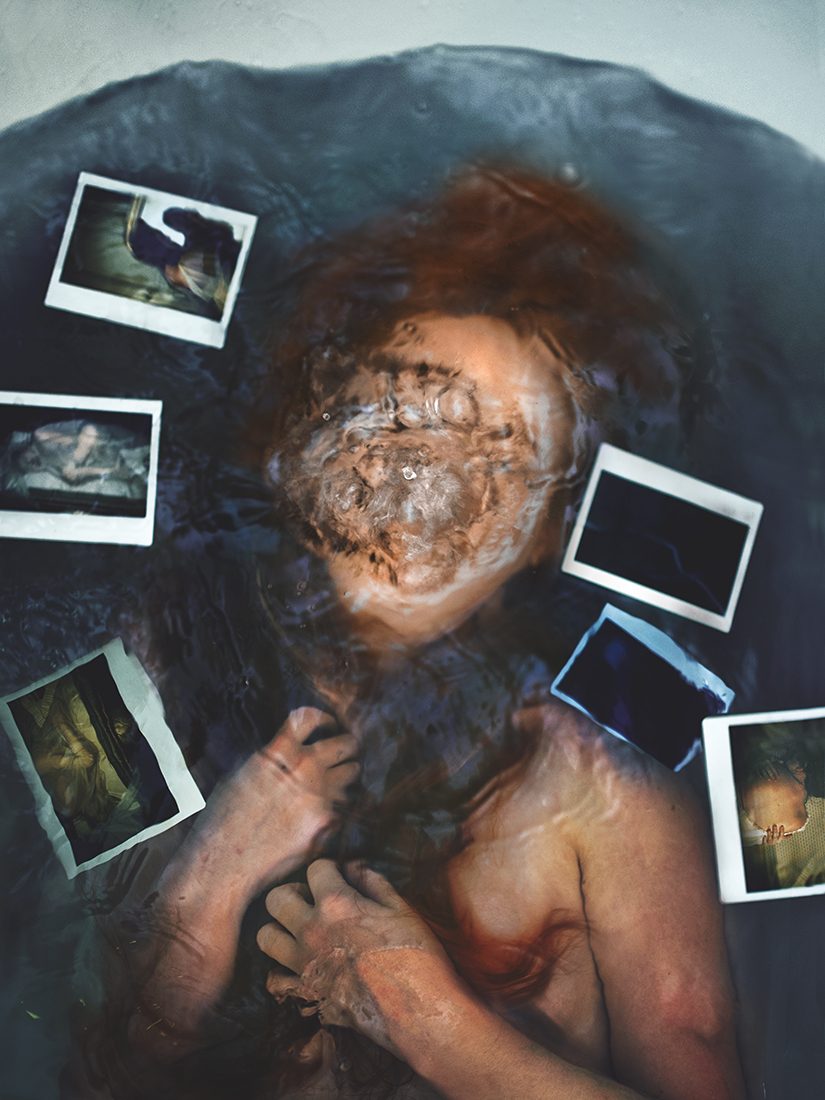 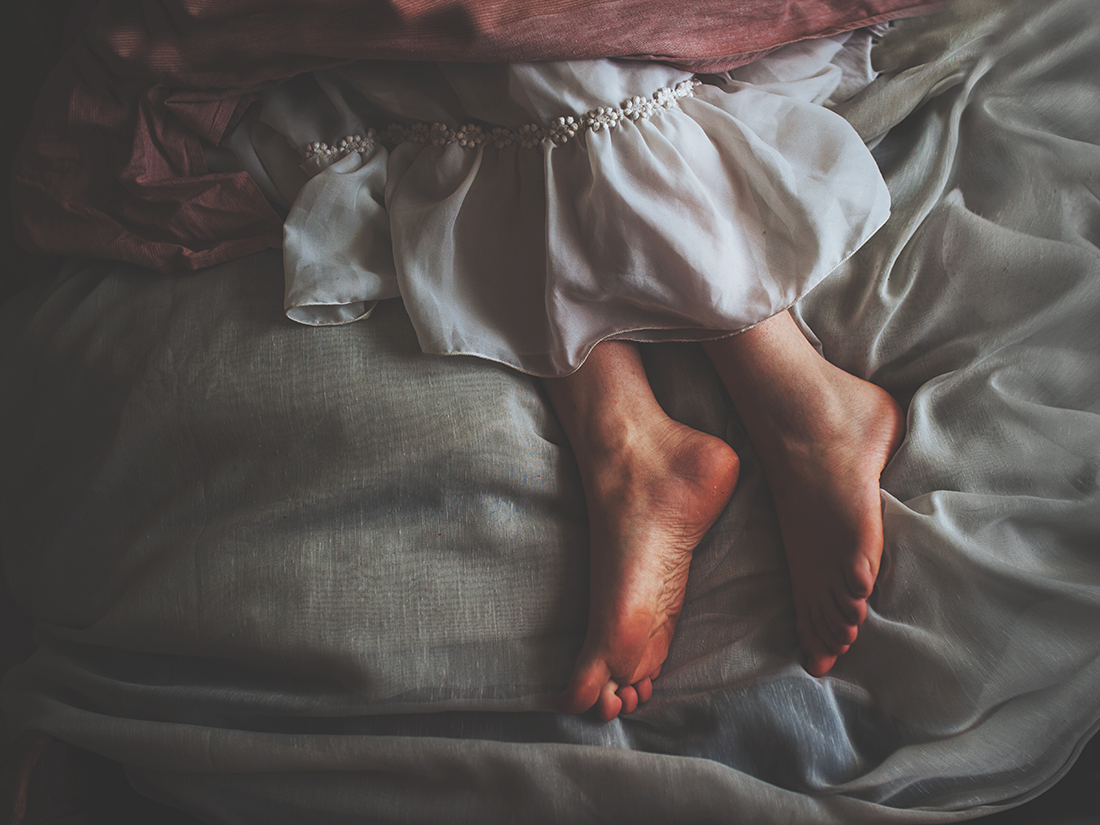 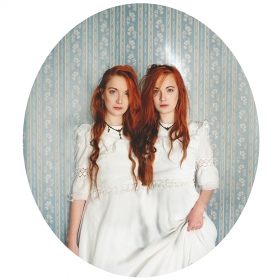 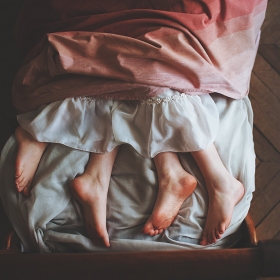 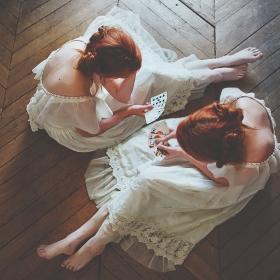 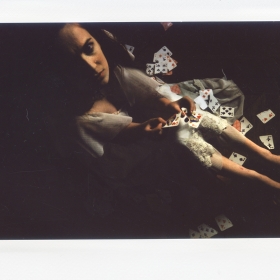 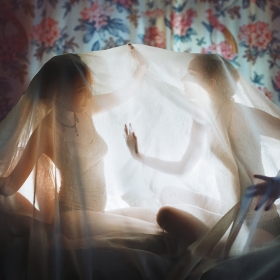 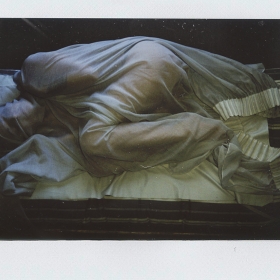 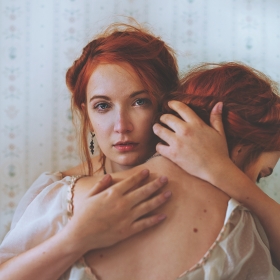 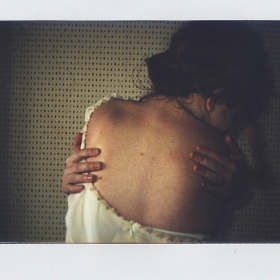 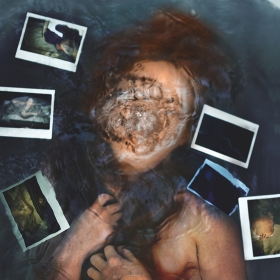 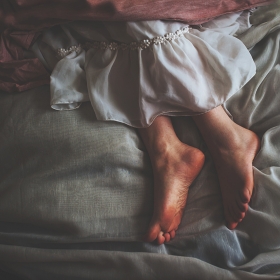 Julie de Waroquier
Doppelgänger
Share
Support this photographer - share this work on Facebook.
The “imaginary friend” syndrome is an overactive imagination disorder. It consists in creating a reassuring mental companion in order to cope with a troubling situation. This friend is a fictional projection and only exists in the mind’s person: the inner life gets the upper hand on the external world. Frequent and considered as harmless during childhood, imaginary friends can last until adulthood, and may then reveal a deep sorrow.
The narrative depicts the main character, an adult woman, who is inseparably linked to her imaginary friend, appearing as an identical reflection of herself. The narrative progresses when the main character realizes that her doppelgänger is not real. She drowns the proofs of her absence, and from then on, the heroine is shown alone, revealing the lonely reality.

The series "Doppelgänger" questions psychic neurosis as well as photography itself. Indeed, we often expect photography to depict the real world. Thus, digital pictures, usually retouched, are often criticized because they don’t catch “the decisive moment” anymore.
In this series, digital pictures are de facto retouched; they illustrate the character’s imaginary world, in which the mental double coexists. They appear along instant photos which reveal the real world, supposedly objective. These analog snapshots work as evidence of what is really happening. The pictures’ succession thus manipulates the viewer, questioning how photography has to be related to the truth. In the end, we no longer know what is real or dreamt. Photography consequently remains ambiguous, between subjectivity and objectivity, between testimony and fiction – just like the character oscillates between fantasy and reality.

The series was inspired by movies such as "Black Swan", "Shutter Island" or "Usual suspect": at the end of these films, we discover that we have been manipulated by the images and that the reality was actually distorted by the main's character mind.

About author:
Julie de Waroquier is a self-taught French photographer, also philosophy teacher, who started photography in 2008. Since 2010, she has distinguished herself by winning several national and international awards, including the International Emerging Artist Award. Her photographs are regularly exhibited, and were notably showcased at the Rencontres d’Arles.

Julie de Waroquier is represented by several art galleries, and she participates in many French and international art fairs and events. Her work has been worldwide published, and in the end of 2012, she has published her first book "Dreamalities", which is edited by KnowWare editions. In 2014, this book is adapted as a short film, in collaboration with the film-maker and director Damien Steck. The film has been awarded in several international festivals.