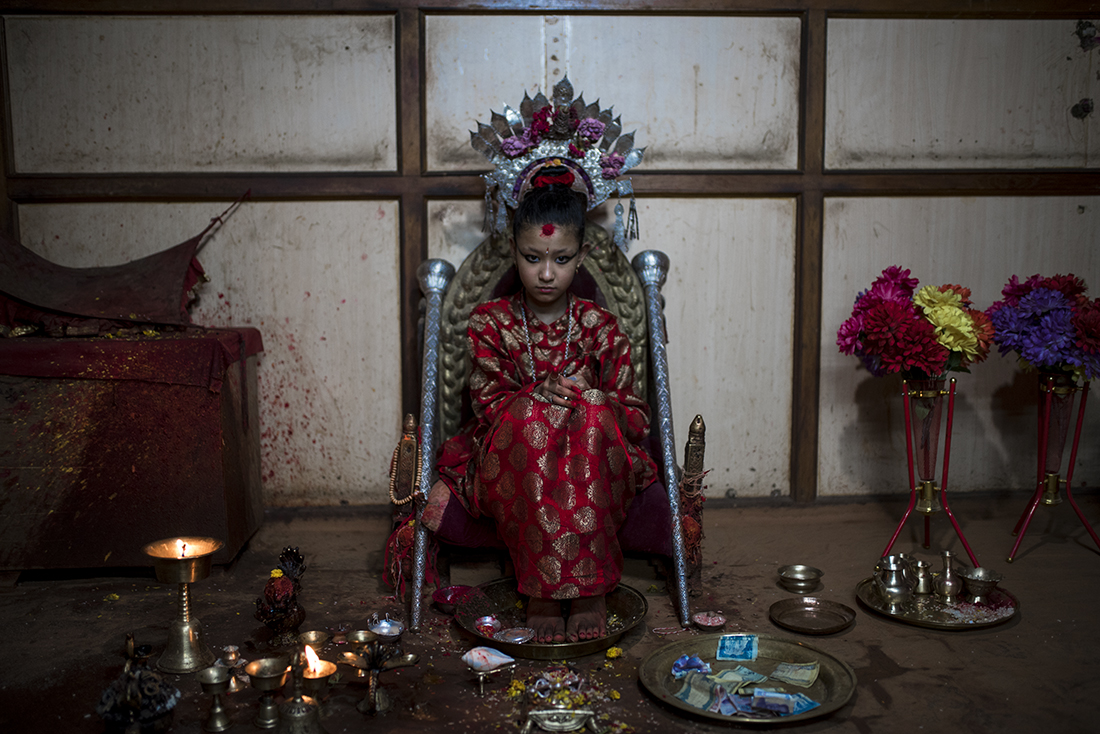 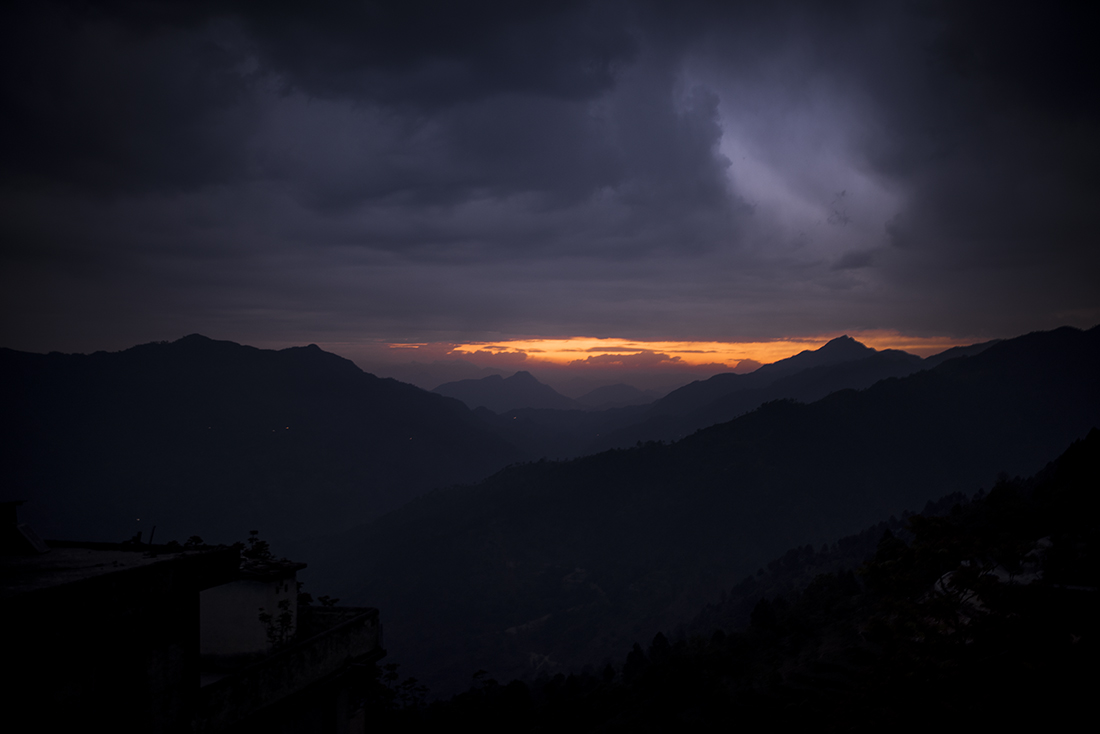 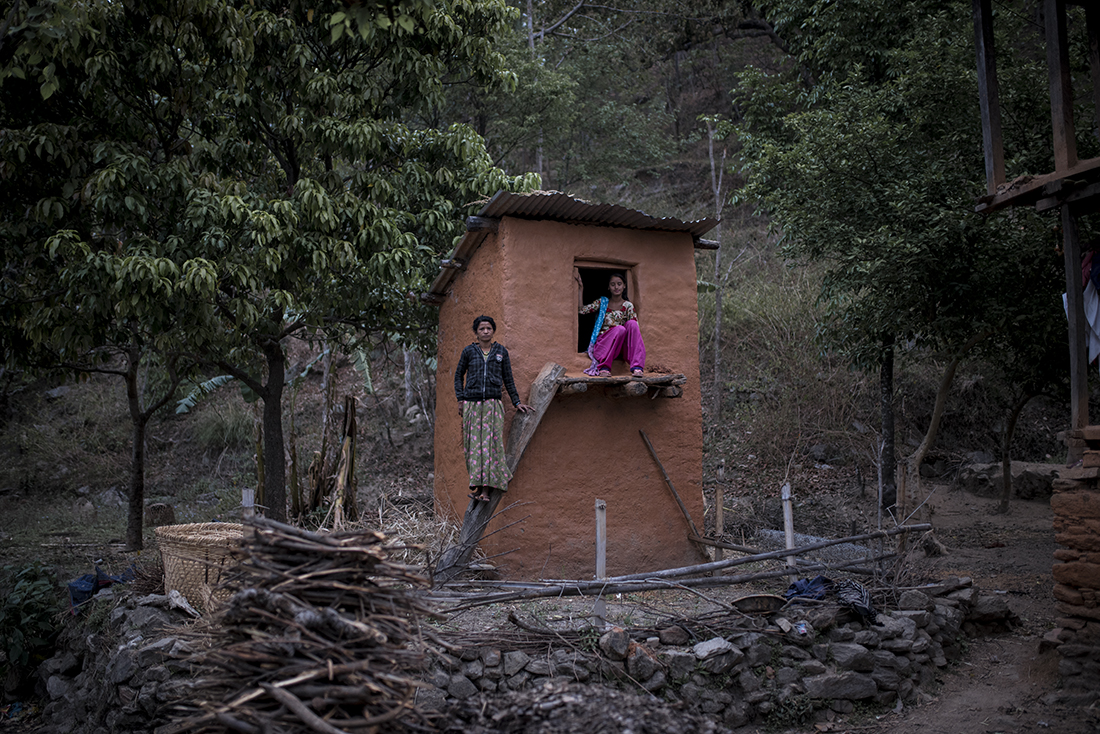 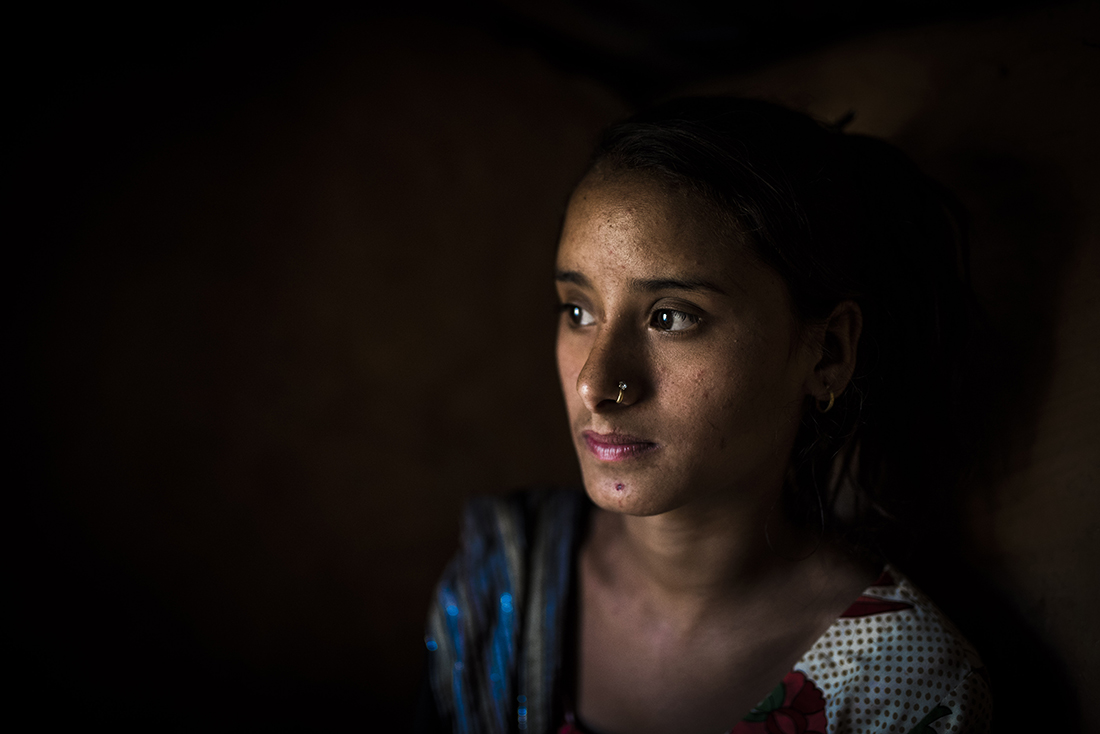 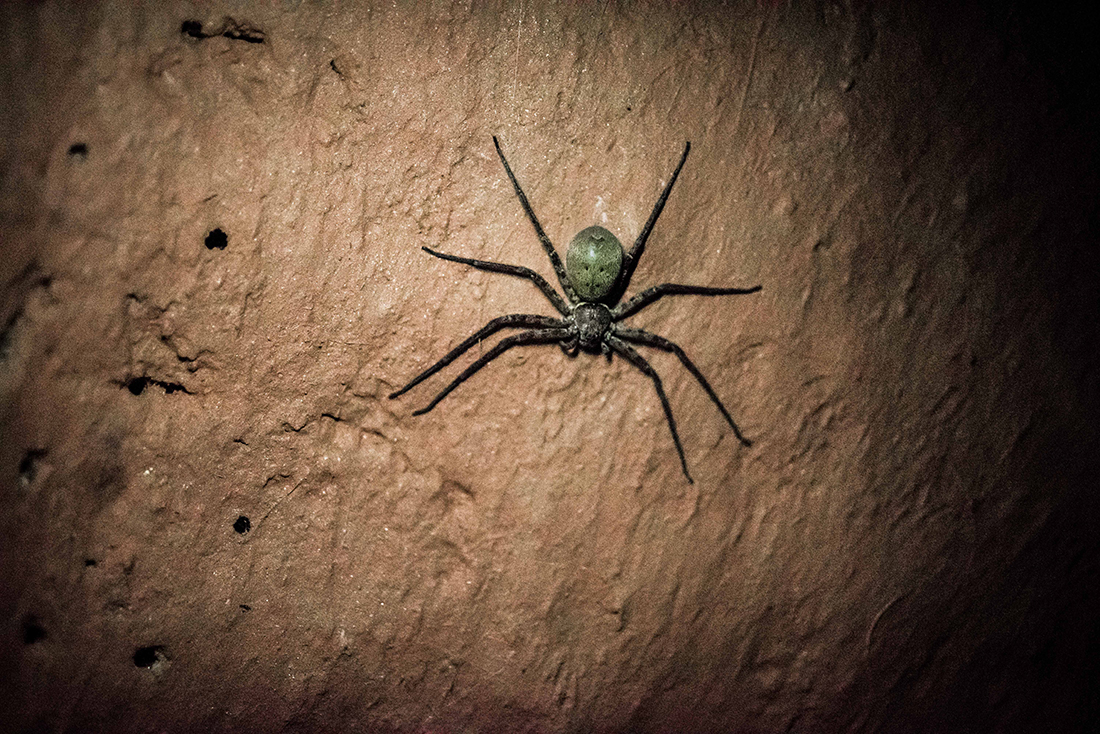 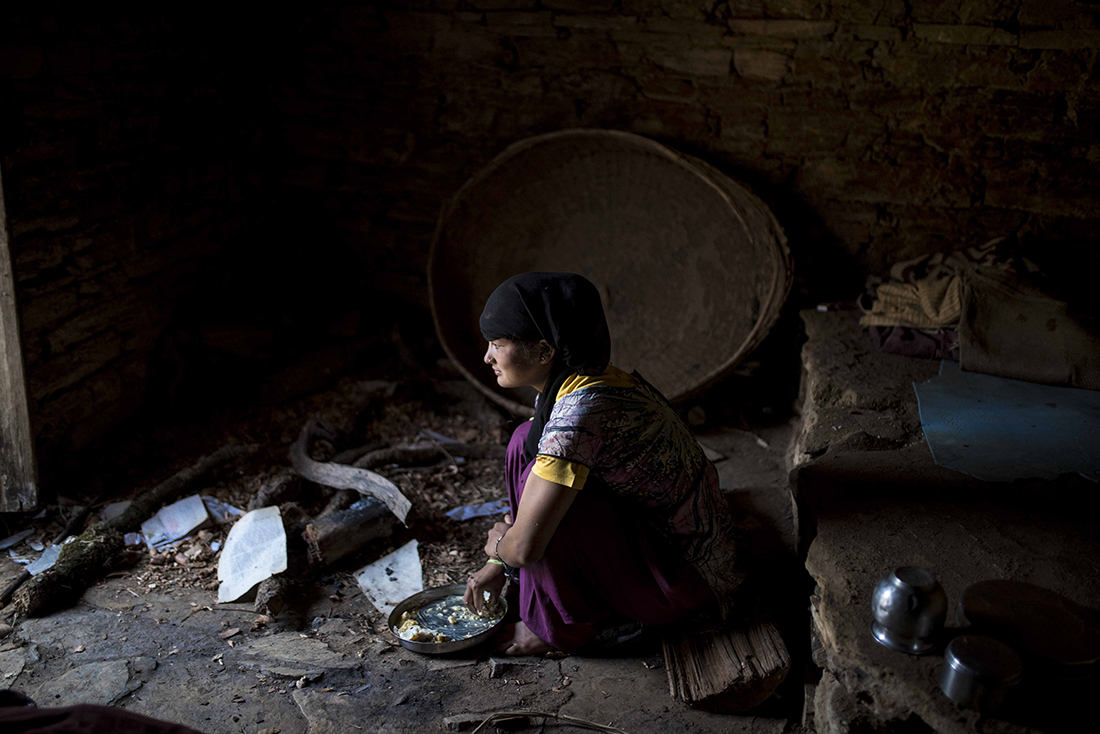 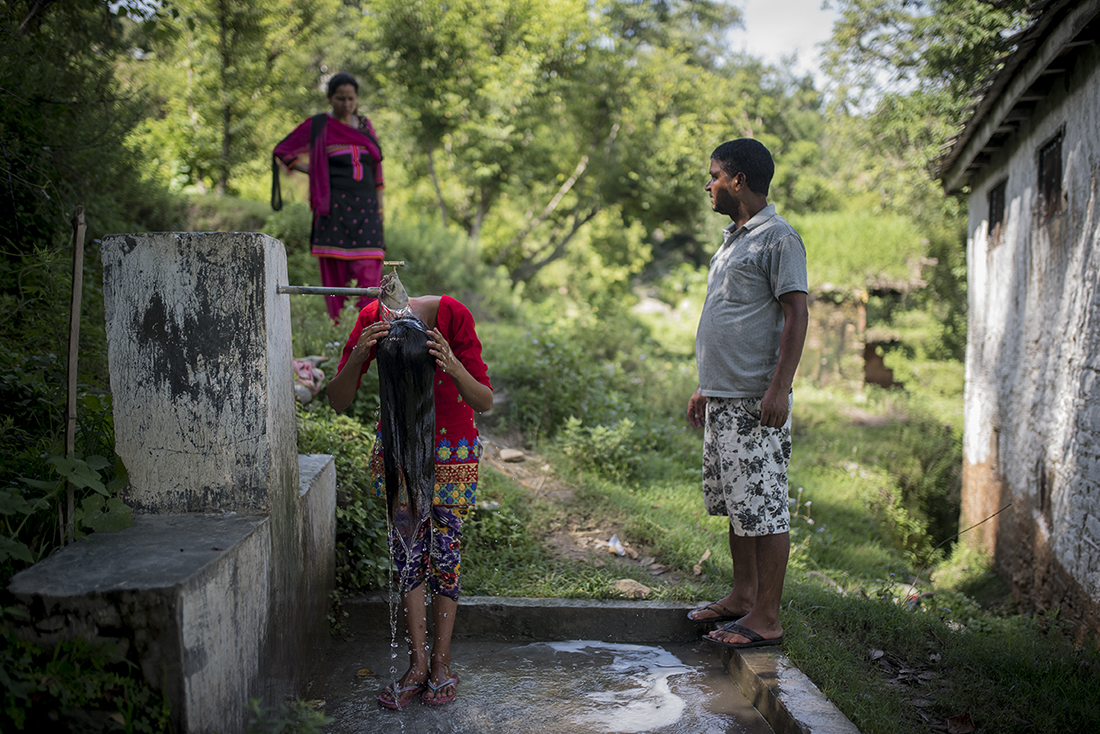 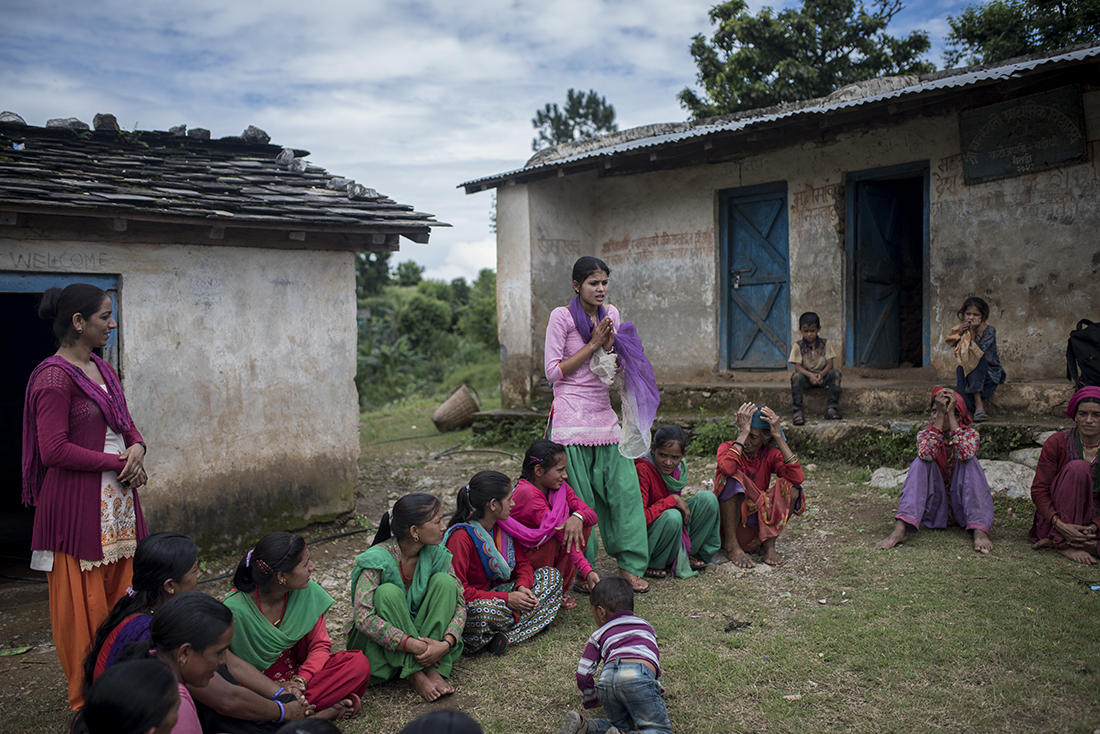 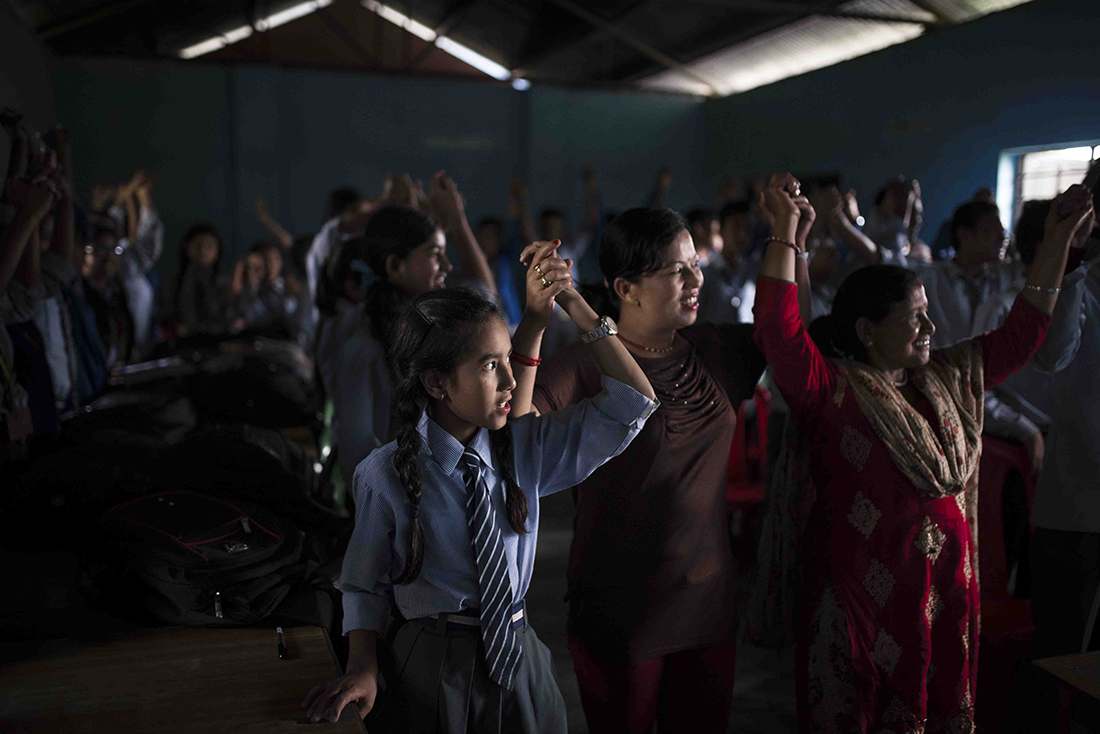 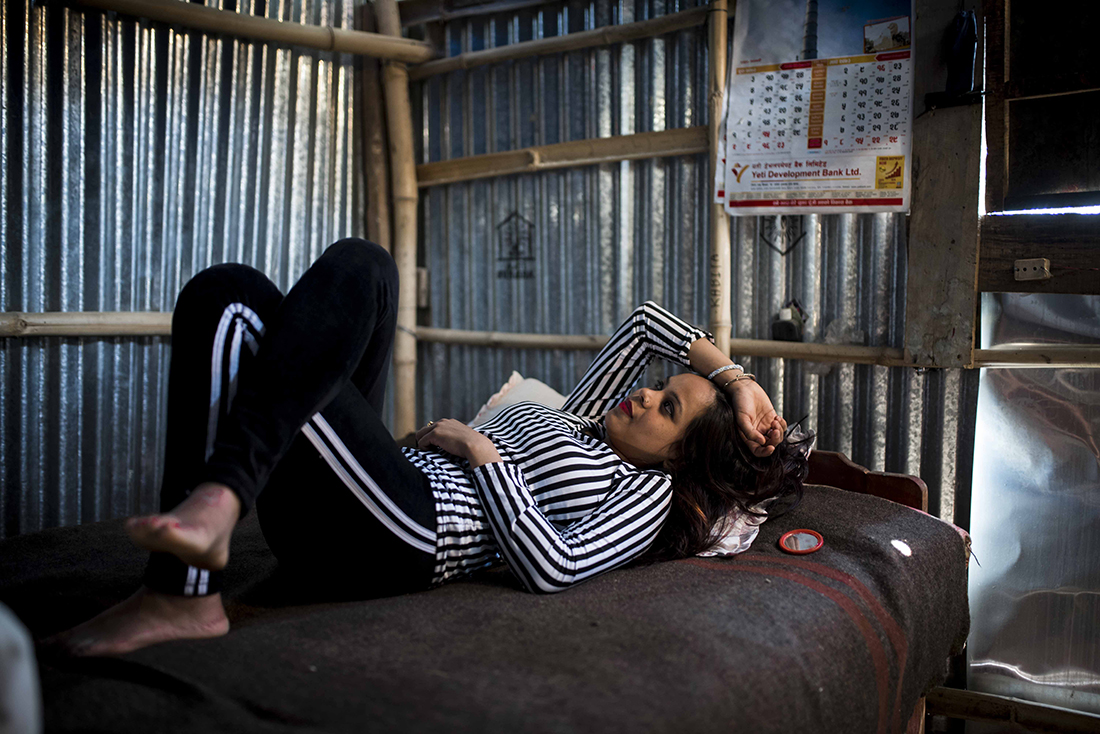 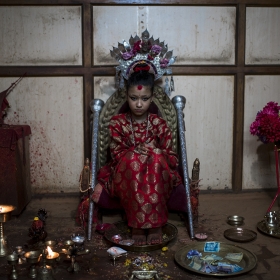 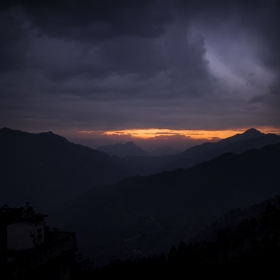 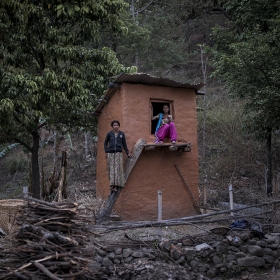 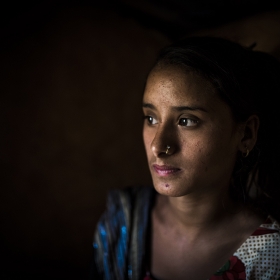 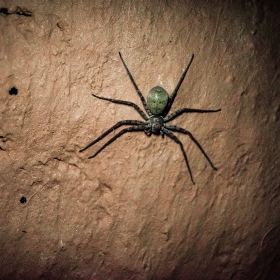 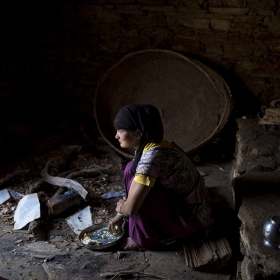 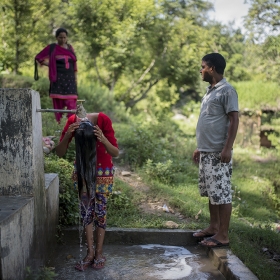 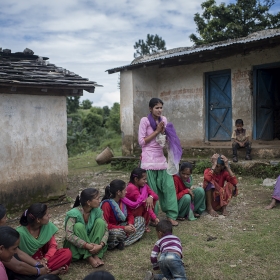 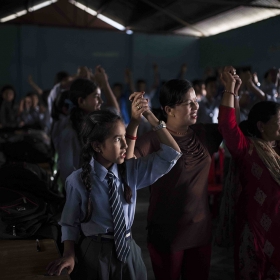 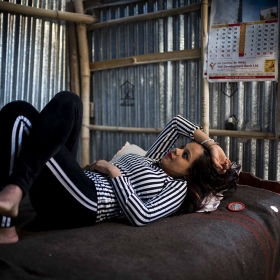 Maria Contreras Coll
Journey To Impurity
Share
Support this photographer - share this work on Facebook.
The first menstruation is a turning point for every young women around the world. In Nepal, this entry into adulthood is tied to a loss of purity. According to the Hindu faith, it is seen as punishment for all women. Even the Kumari, young girls from the Newari caste who are worshipped as divine beings, must be replaced when they have their first menstruation. “I remember that day perfectly” says Chanira, a former Kumari. “My mother told me: ‘You are not a goddess anymore’. It took me a whole year to understand that now I was a normal teenager, who had to go to school and learn how to walk in the streets”.

In rural areas, women are cast away for a week, a practice known as Chaupadi Partha. Some are forced to live among the wild stock in order to please the gods. When they are on their period they are not allowed to enter their houses, visit the temples or cook. Sometimes, they are not even allowed to look or talk to any male relative. “I don’t feel impure or untouchable. I can’t believe that is going to happen every month in my life.” confessed Surekha, from the Achham district, on her first menstruation.

Although these restrictions have existed for decades, Nepali society is changing rapidly, with Western influence steadily becoming more and more present in the everyday lives of its inhabitants. In Kathmandu, a new generation of young people are reinventing traditions, making them their own. Some women from the rural areas have started to question these practices and becoming activists. A growing number of them led organisations and are empowering young girls in rural areas and teaching them about hygiene. “I don’t understand why women have to be impure. I believe that this is backwards, and that during these days we have such a special energy and power and we should take an advantage of it” says Nashreen, a 25-year old activist from the Terai region that now is teaching other women that they can make their own rules.

About author:
Maria Contreras Coll (1991) is a documentary photographer from Barcelona.

Maria became interested in photography at the age of 14 with her first digital camera. She decided to study a Bachelor Degree of Fine Arts in Photography at the University of Barcelona (2010-2014). During those years, she investigated about the concept of happiness, unrealised dreams and the hopes of people immersed in the rush of urban life. Her documentary projects such as “Ah!”, was exhibited at the Català Roca Golferichs center in 2013, and “Persona”, was exhibited at the University of Barcelona in 2014.

After finishing her degree, she did a one-year Workshop in Documentary Photography at PatiLlimona (2015) with the photographer Eva Parey. In 2015-2016 she studied a Postgraduate degree in Photojournalism (2015-2016) at the Autonomous University of Barcelona. She spent the next year photographing the most intimate and personal aspects of the Refugee Crisis in Europe, traveling to affected areas such as Greece, France, Germany or Morocco. After that, she moved to Nepal to work on a women's rights project.

Since then, her stories has been published in Aljazeera, El Pais, El Mundo, Internazionale and Vice Media. She has been a guest speaker at the Autonomous University of Barcelona and her work has been exhibit in “Looking For Refuge” organised by the Spanish Commission for Refugee Assistance in Madrid and the “Renaissance Photography Grant” in Getty Images Gallery in London. Recently she's been shortlisted in awards such as the Lucie Fundation Grant and won the Spanish Grant Clic 2017 to continue with her work in Nepal.

Currently she is living between Barcelona and Lisbon.