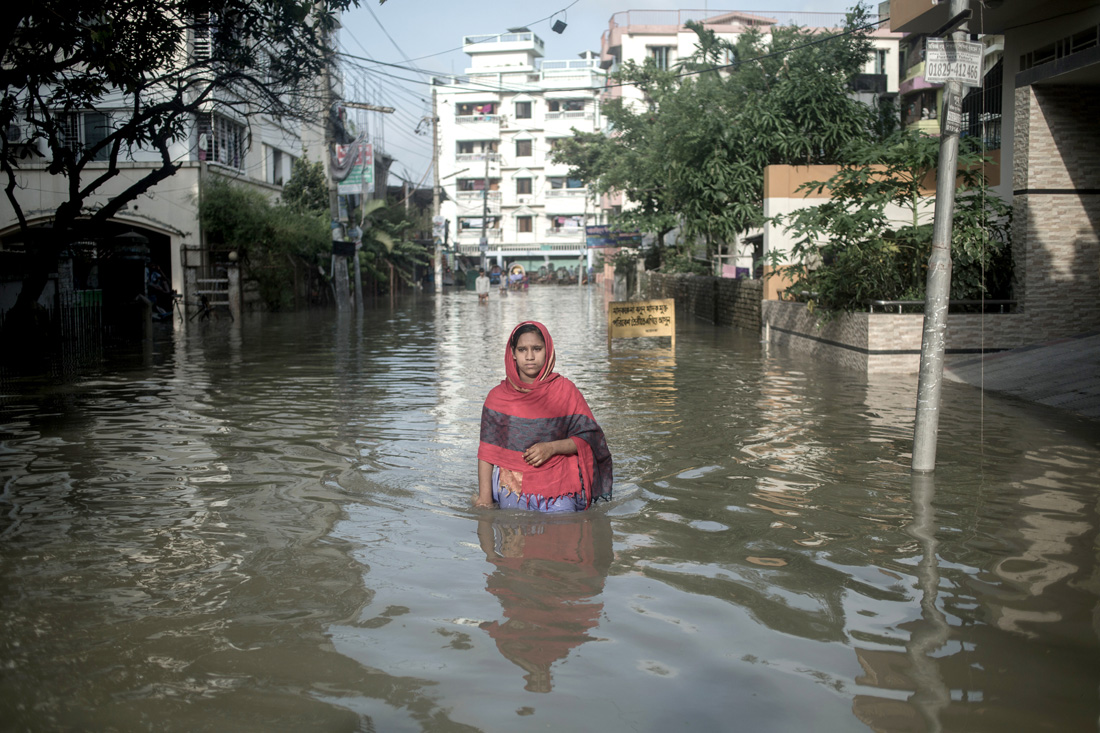 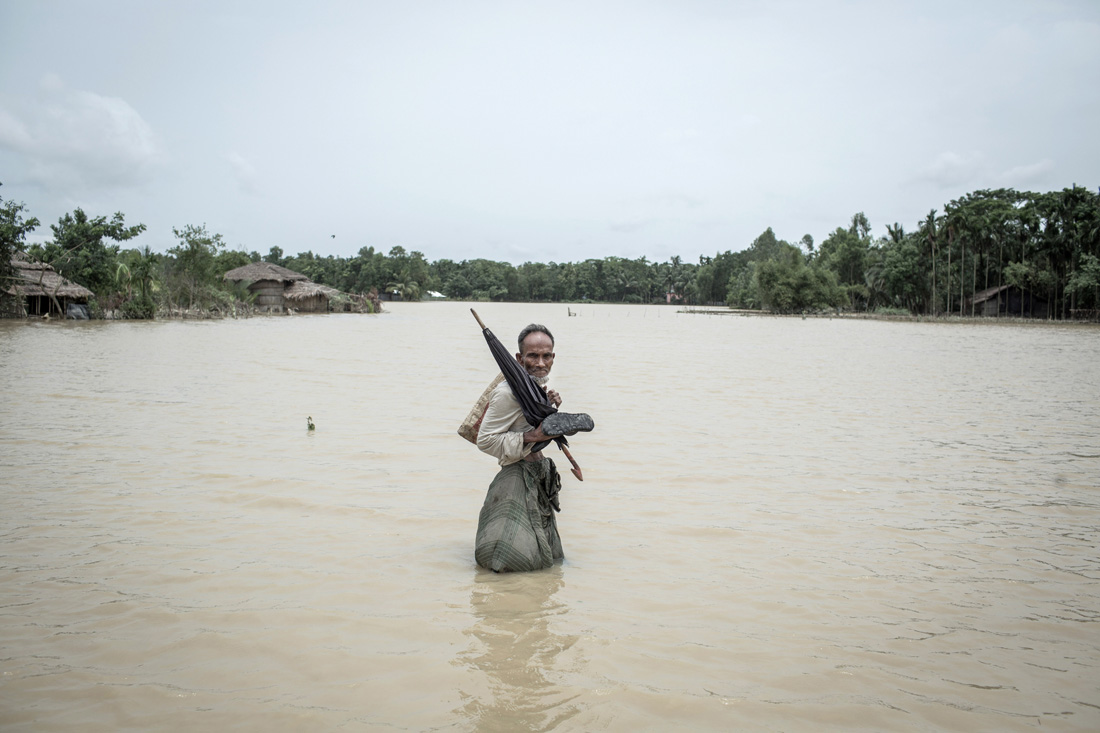 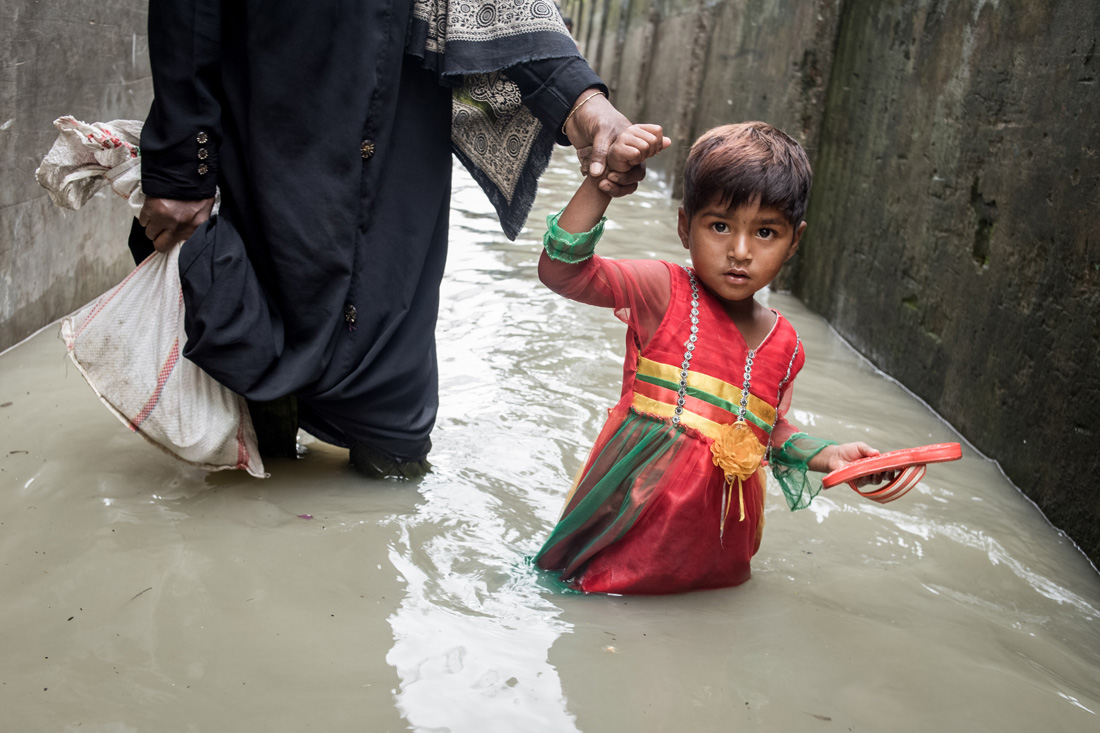 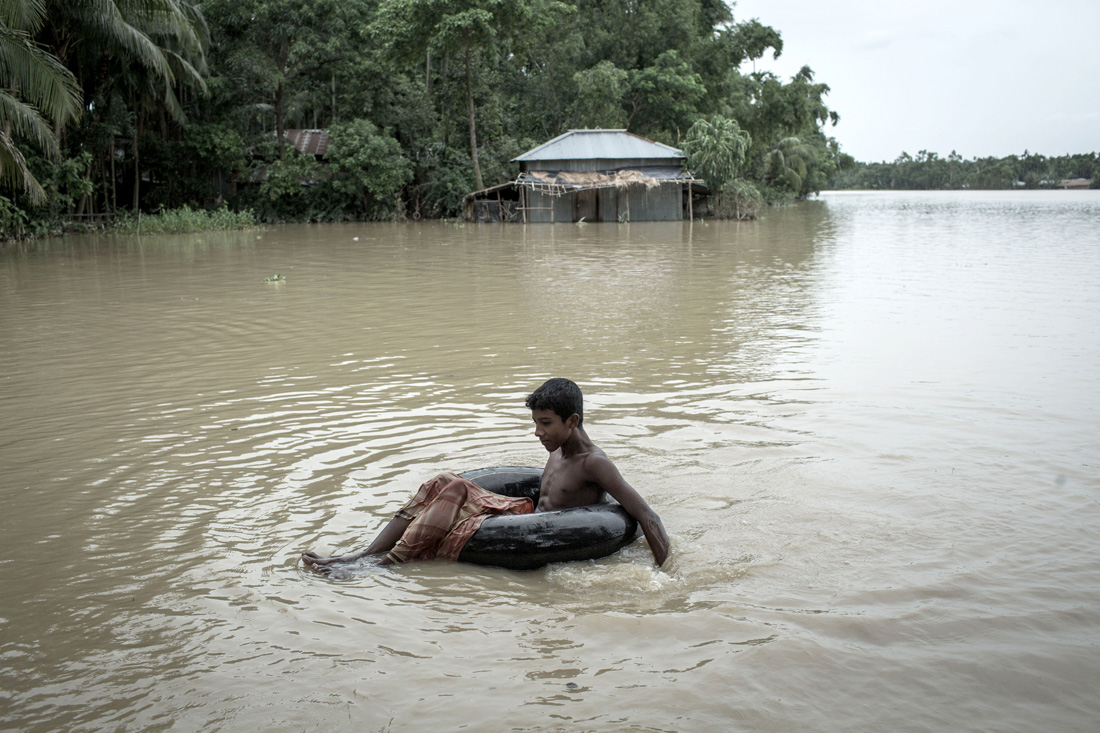 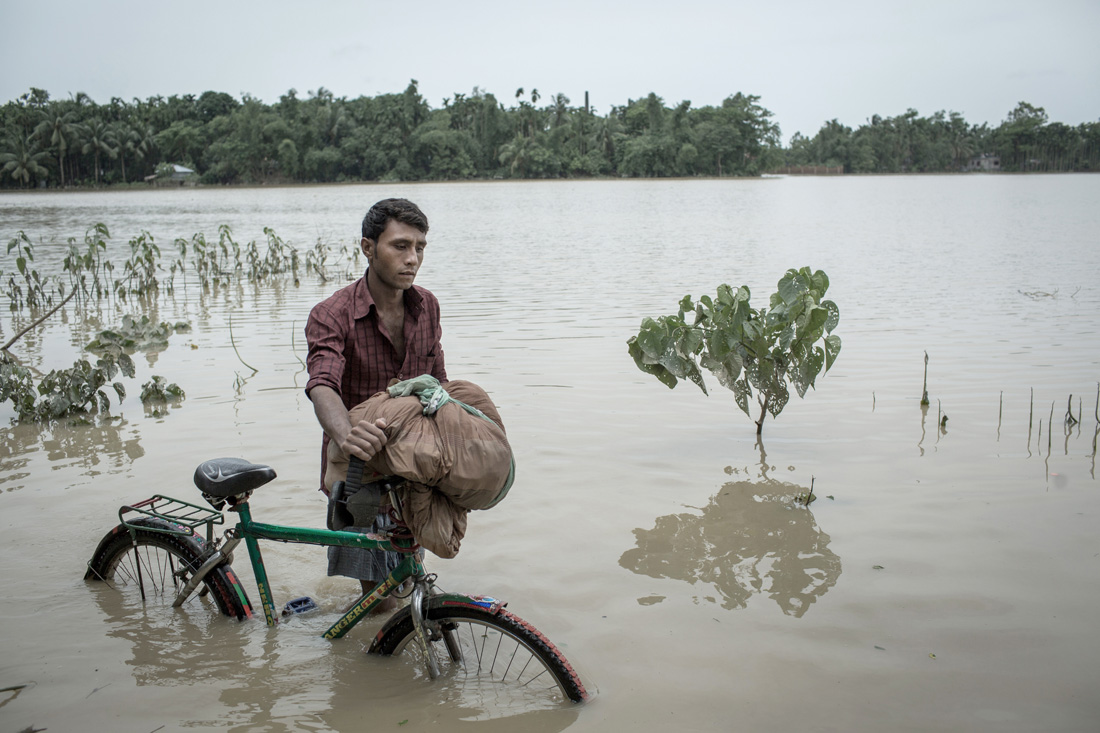 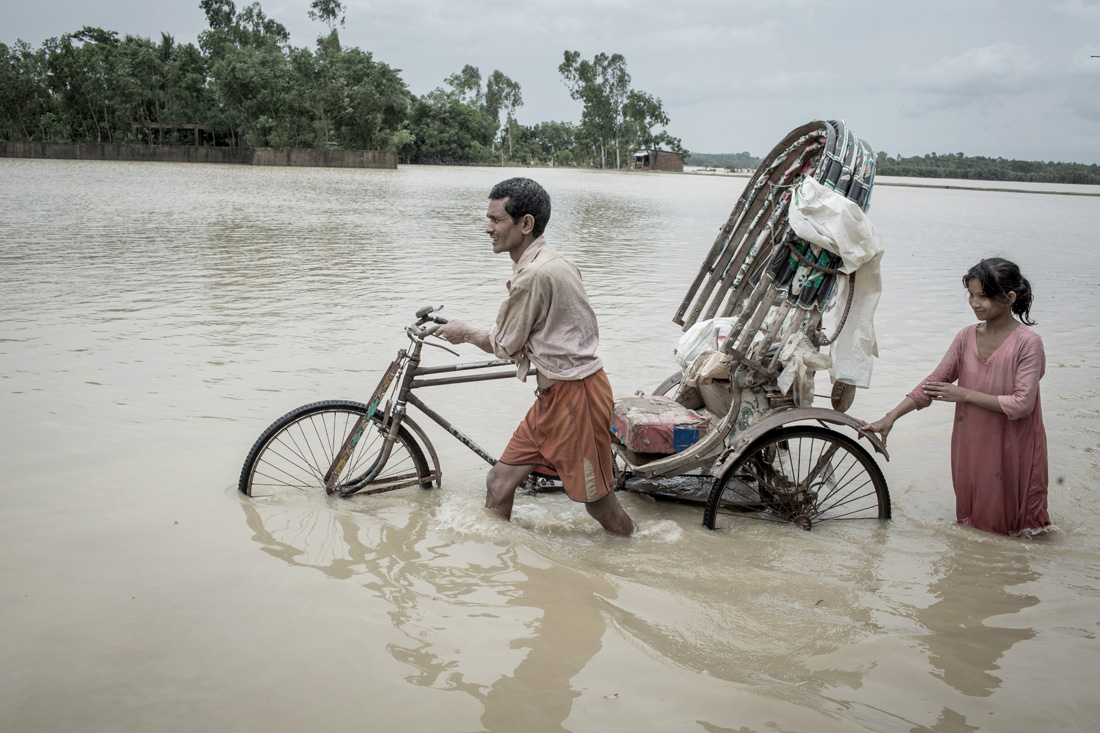 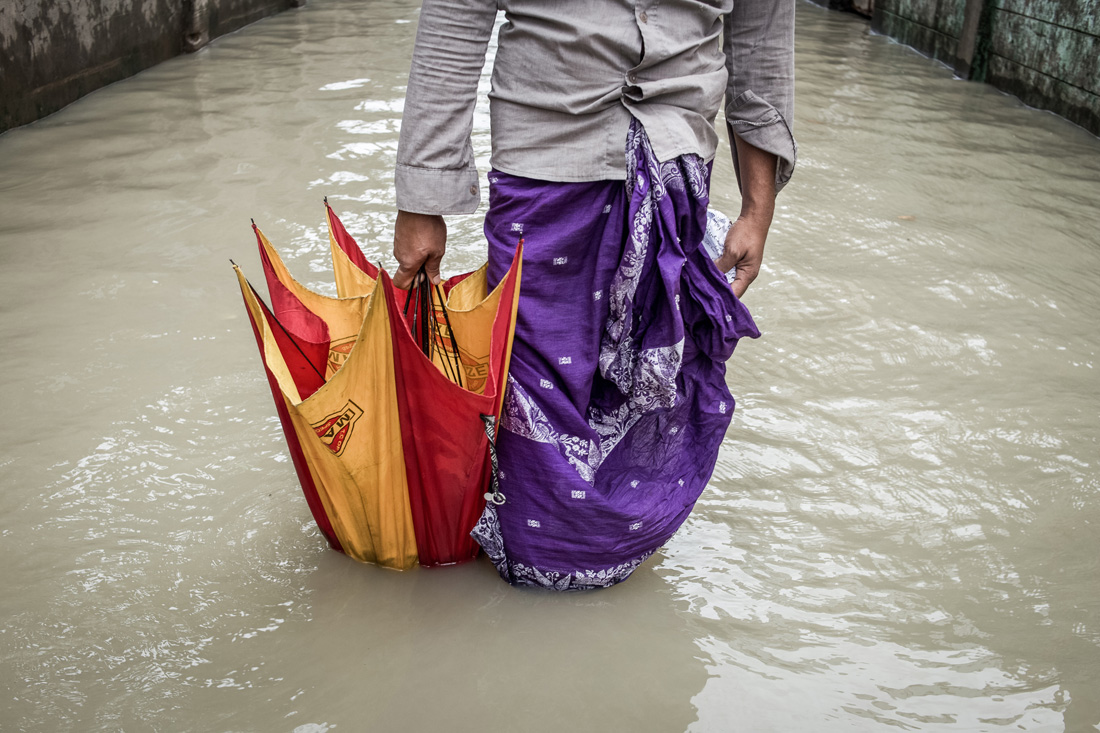 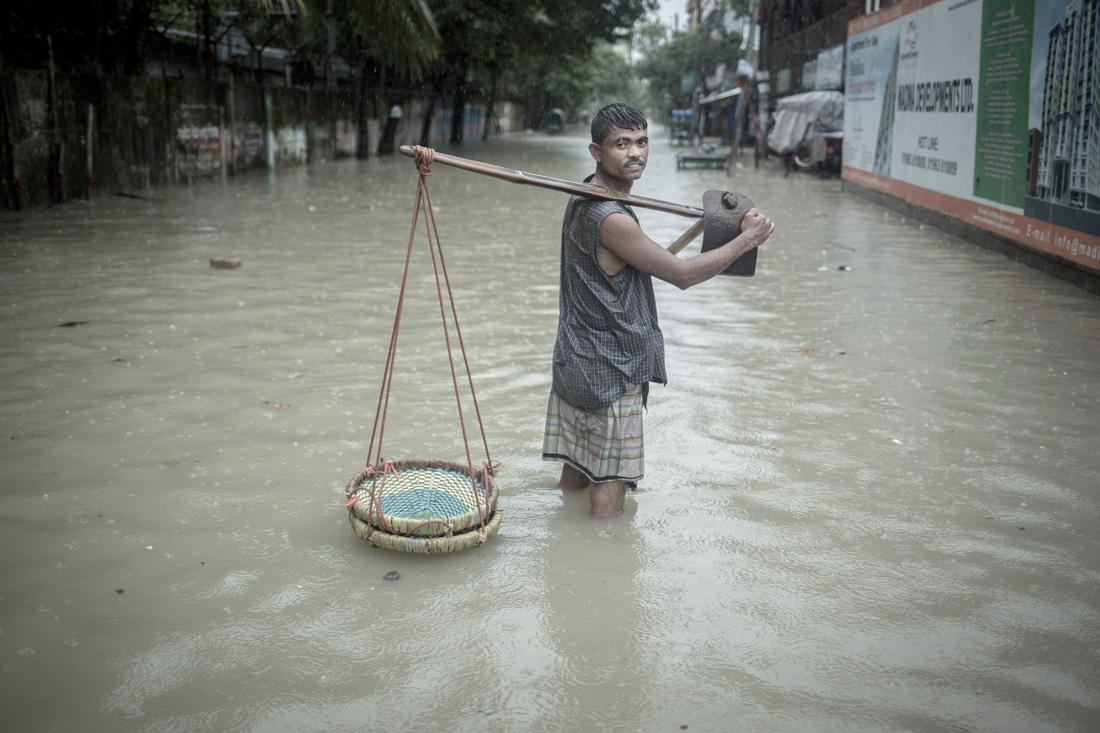 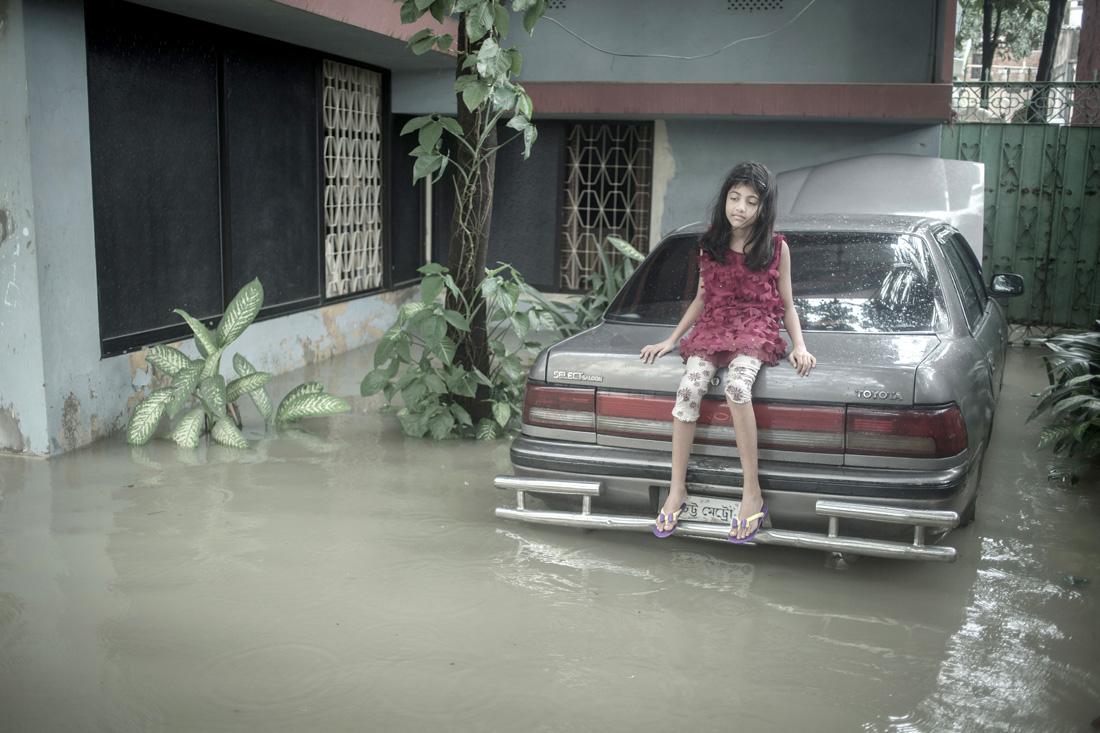 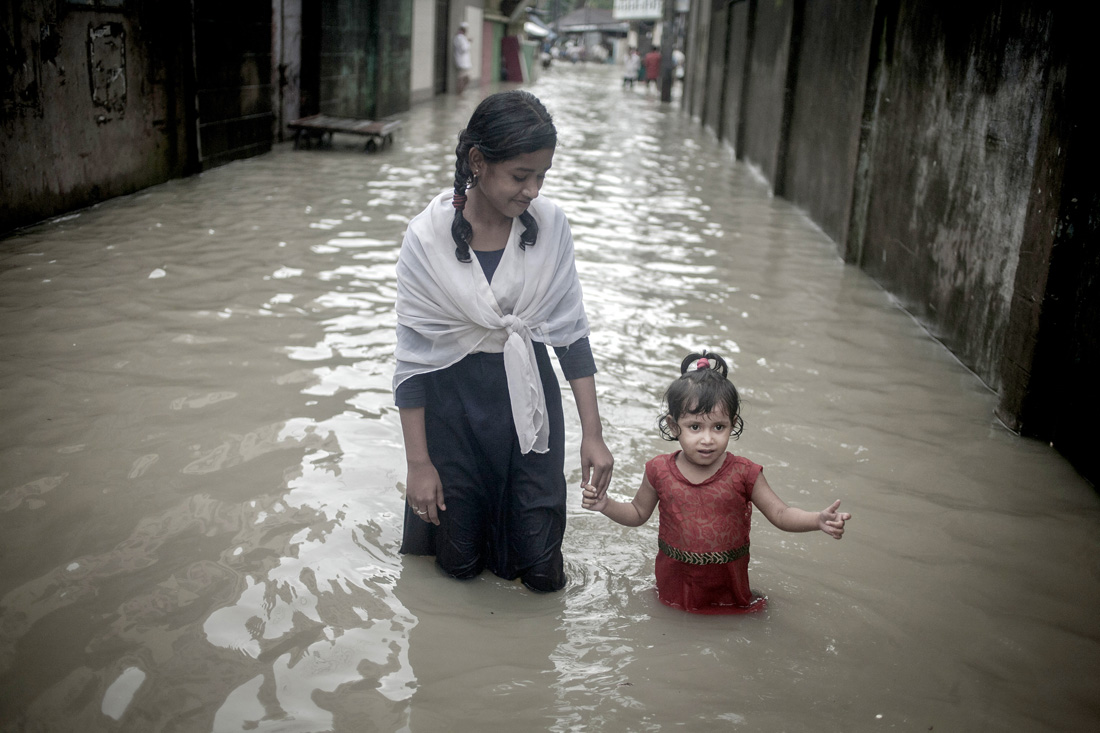 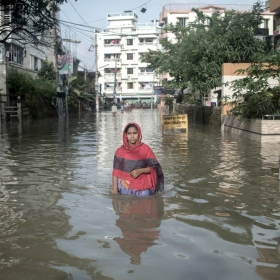 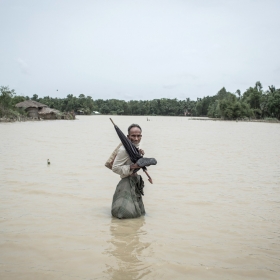 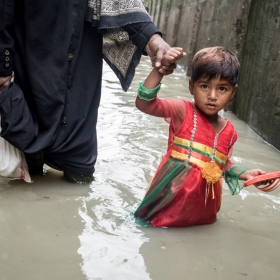 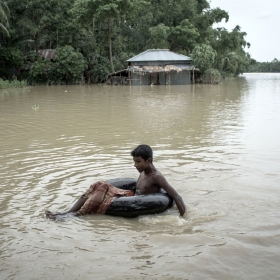 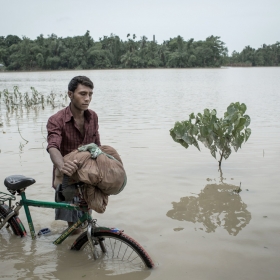 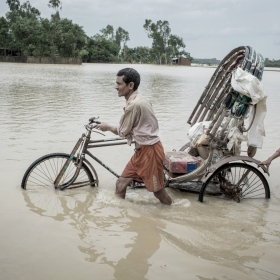 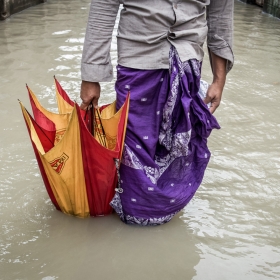 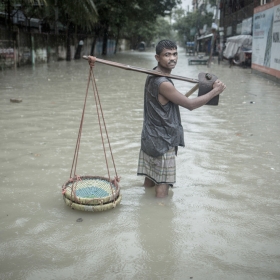 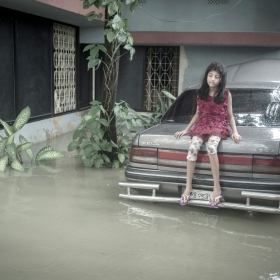 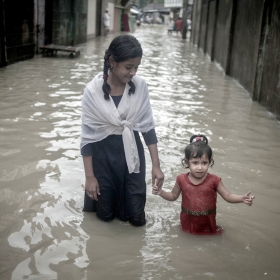 Jashim Salam
Water World
Share
Support this photographer - share this work on Facebook.
In the past few years, Tidal surge – water levels rising significantly above the tide levels that astronomy predicts - has begun to affect the city as much as twice a day, resulting in frequent flooding of residential and business areas.

If things continue to worsen, most area of Chittagong and other coastal areas could become completely submerged in the near future.

A World Bank study that was released June 19,2013 forecasts a two degrees Celsius rise in the world’s average temperature in the next decades.
Considering the present warming trends, the reports warns that even 20 to 30 years from now shifting rain patterns could leave some areas of the country under water and some others without enough water for power generation, irrigation or even drinking.
Flood affected areas could increase by as much as 29 percent for a 2.5 degrees Celsius temperature rise in Bangladesh, says the report.
If the sea level rises 65 cm in 2080,around 40 percent arable land will be lost in southern Bangladesh, it notes about 20 million people in the coastal areas are affected by salinity in drinking water and rising sea levels.

Chittagong is often regarded as the commercial and industrial capital of Bangladesh.
Estimated population of the city is more than 6.5 million. The Port of Chittagong is an important driver of the Bangladeshi economy, handling over 90% of the country's international trade. The effects of climate change – rising sea level and sea surface temperature, emission of carbon by first world country, deforestation, global warming – have brought a sudden vulnerability to the lives and livelihoods of people living in Chittagong city and coastal areas of Bangladesh.

Jashim Salam is a documentary photographer based in Bangladesh. He has graduated in photography from Pathshala, The South Asian institute of Photography and Media Academy.
He has studied a Post Graduate Diploma in Visual Journalism through a scholarship program of World Press Photo at the Konrad Adenauer Asian Center for Journalism (ACFJ) at Ateneo De Manila University in the Philippines.
He has been teaching in photography workshops and seminars for aspiring young photographers regularly. He is also a mentor to many photographers in Bangladesh.
His career in photography started with DrikNEWS agency. Currently he representing ZUMA press of USA. He has also worked for New Age (an English daily of Bangladesh), Drik Picture Agency, Majority World, Nur Photo Agency, and Corbis Images.