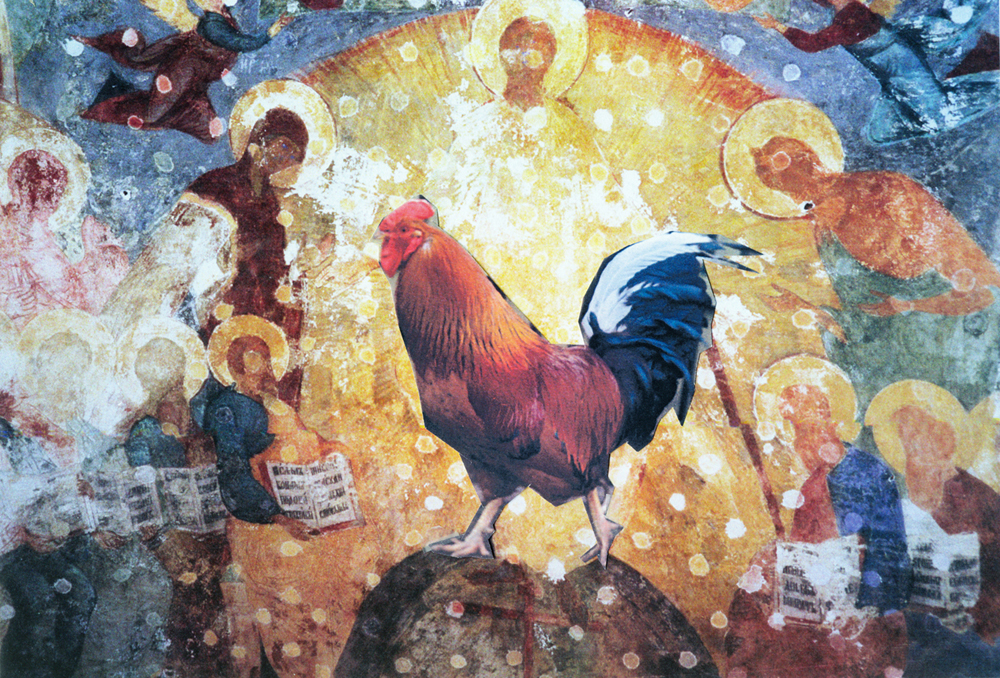 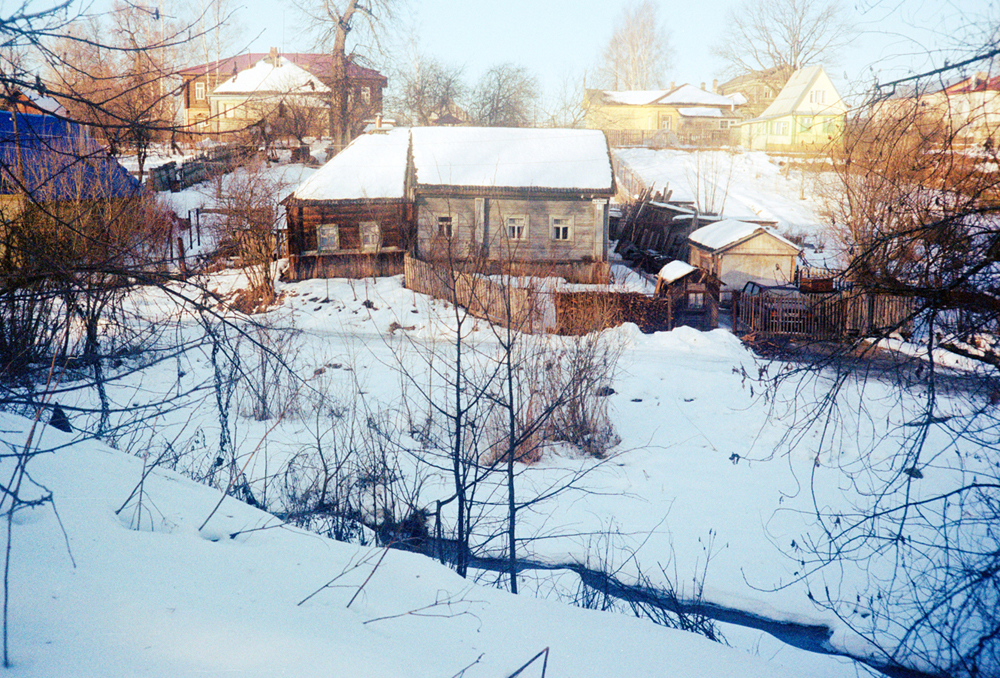 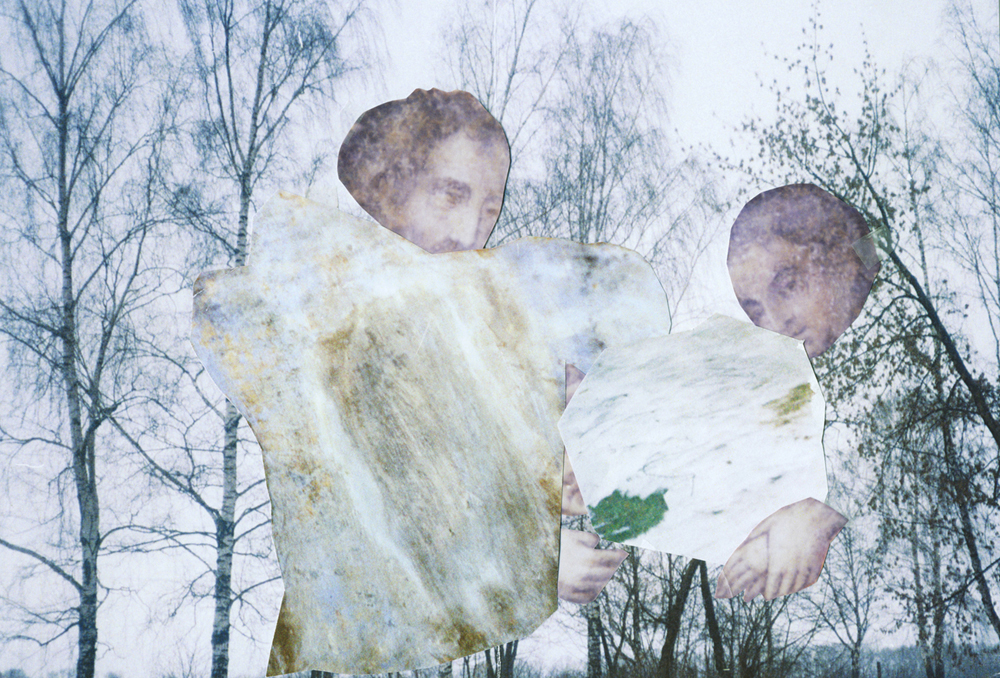 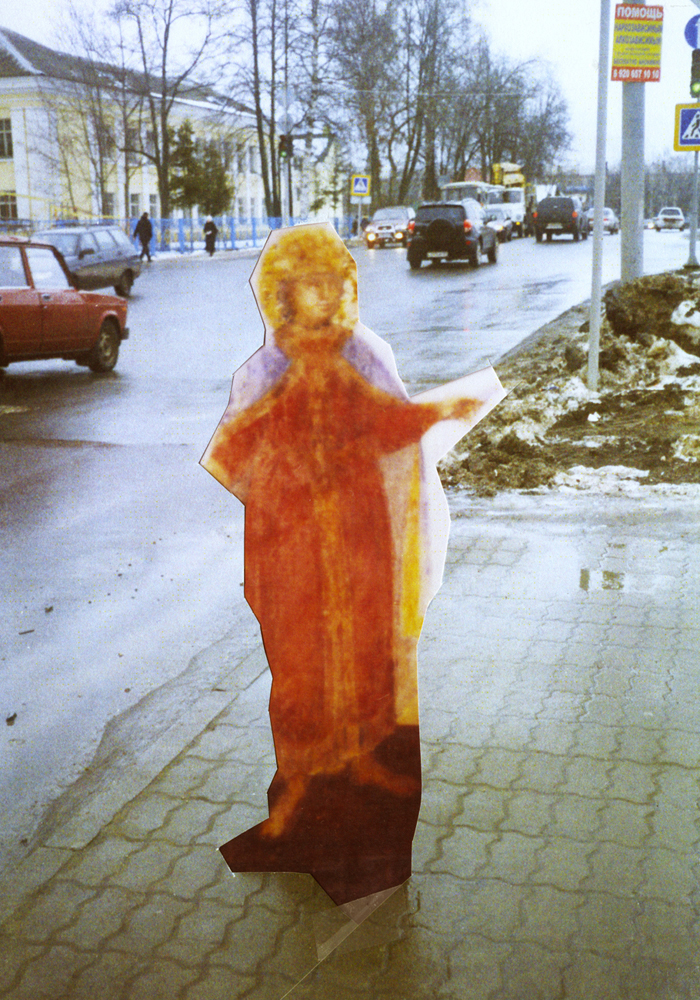 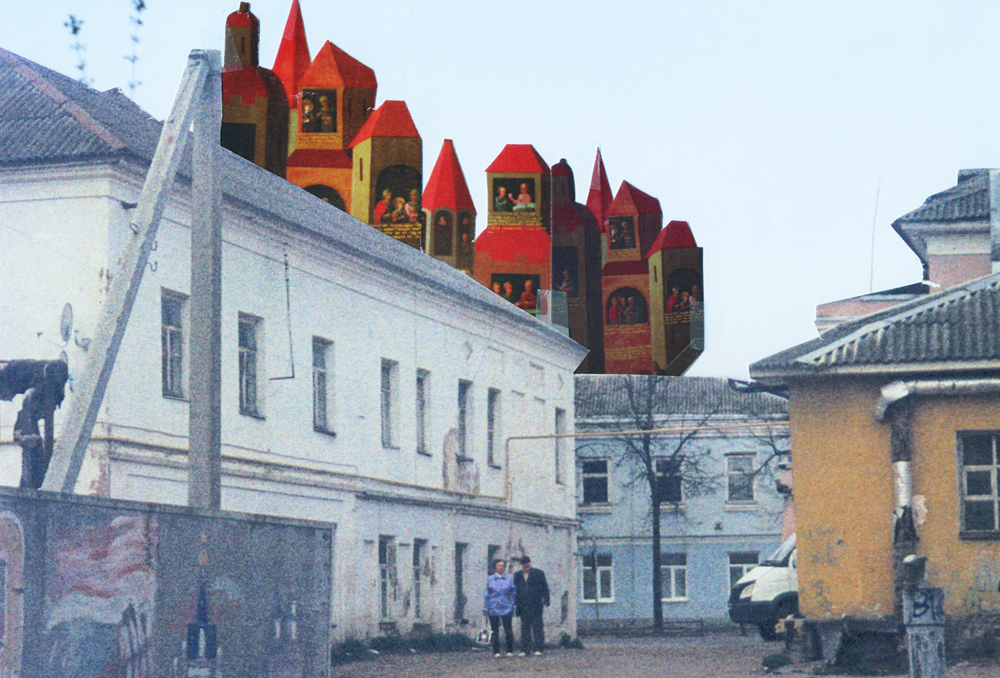 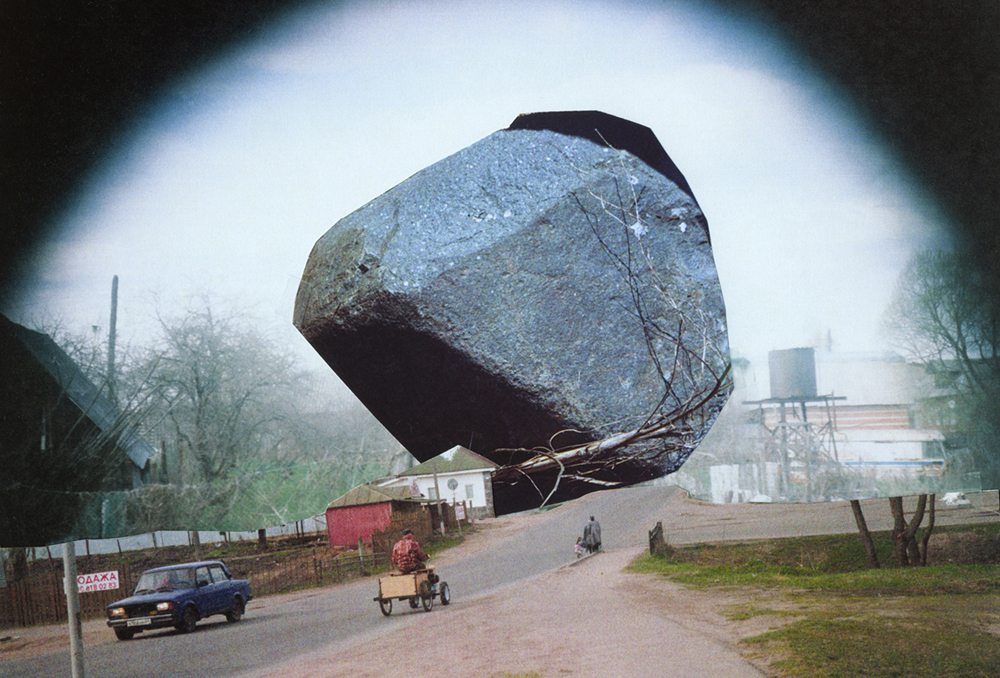 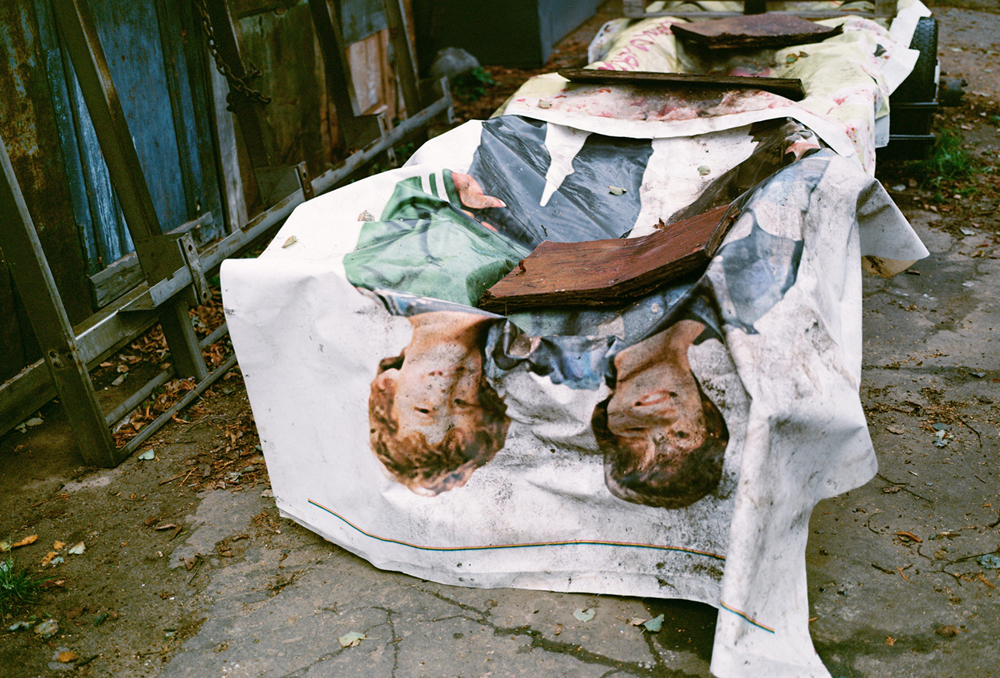 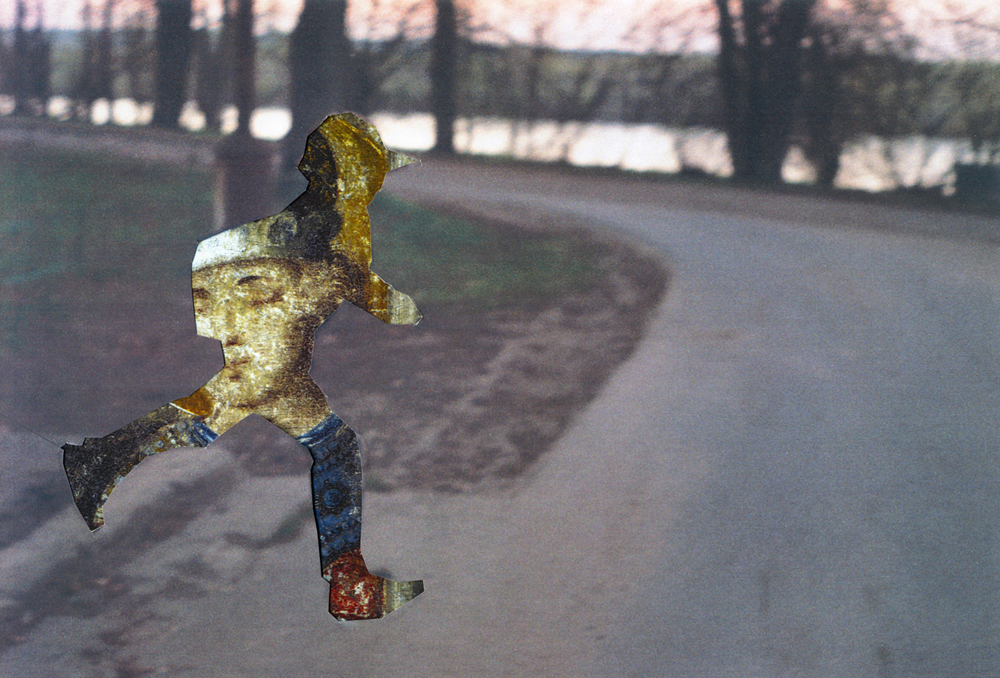 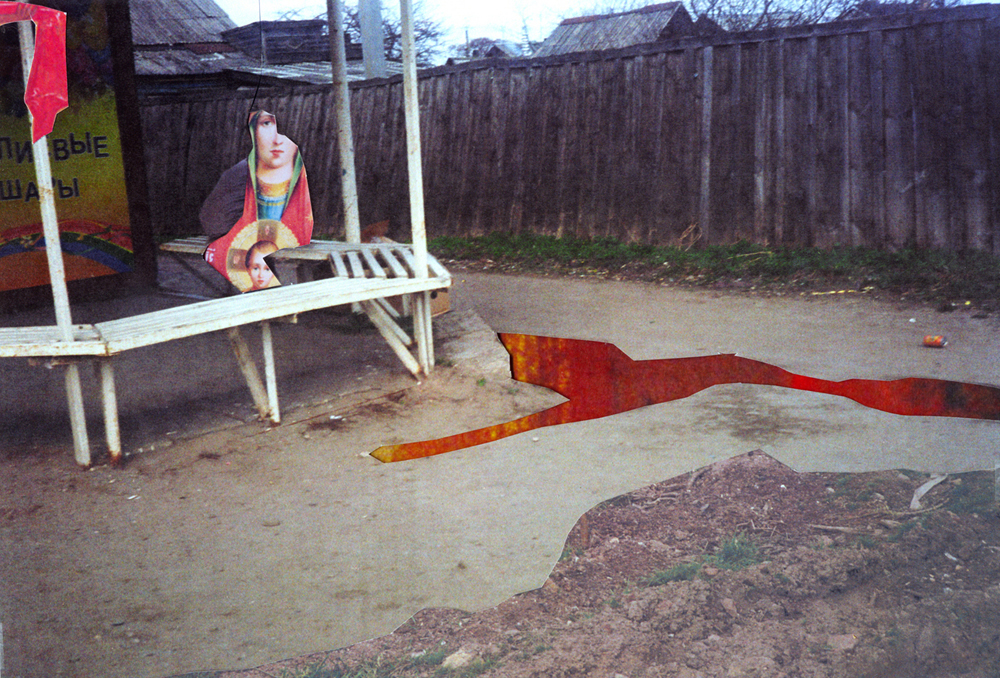 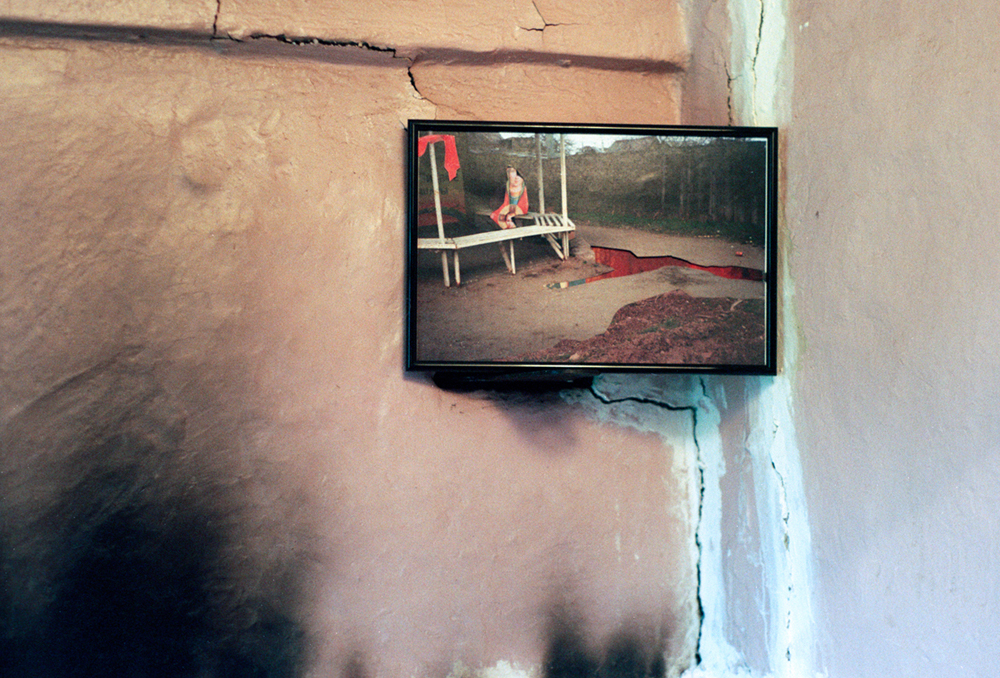 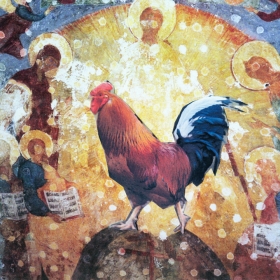 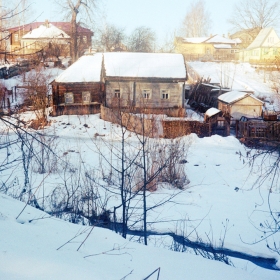 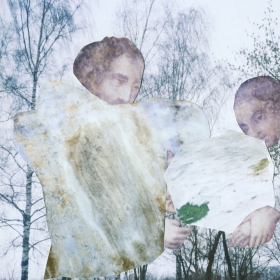 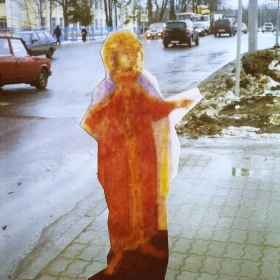 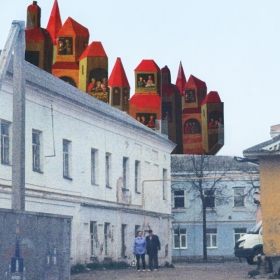 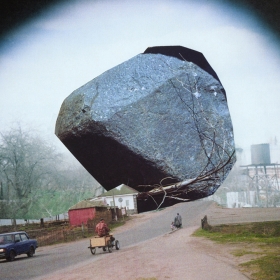 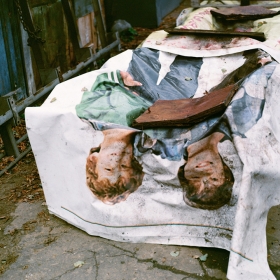 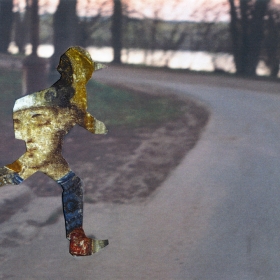 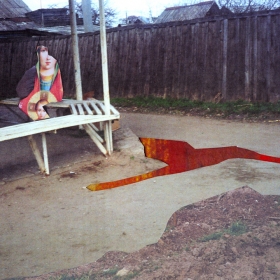 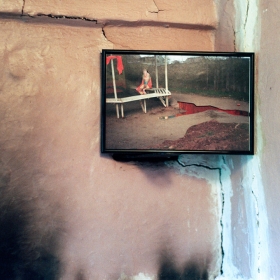 Julia Borissova
Dimitry
Share
Support this photographer - share this work on Facebook.
Myth feeds people's minds. Roland Barthes says, "...since myth is a type of speech, everything can be a myth provided it is conveyed by a discourse. Myth is not defined by the object of its message, but by the way in which it utters this message: there are formal limits to myth, there are no 'substantial' ones."

A story that happened in the end of the XVI century became a starting point of my work. Tsarevich Dimitry, the last son of Ivan the Terrible, died from a self-inflicted stab wound during an epilepsy attack. The commission of the investigation, initiated by Boris Godunov, made such a conclusion, regarding the death of Dimitry. But, not everyone agreed with this version of the incident. Some still argued that Boris Godunov, who wished to take the throne, sent assassins and killed Dimitry. Others believe in the possibility of the Tsarevich’s narrow escape, which resulted in the appearance of the impostor “False-Dimitry”, when The Time of Troubles began in Russia.

I was intrigued by how the story can go on without the actions of the hero and how his absence can play a major role and catalyze the further development of the story. It is absence that creates legends and turns them to a myth over time.

The history of the XVI century gave me an opportunity to reflect upon the layer that separates the past from the present. I was impressed how transparent it is. It also made me think on how the image of the past, to which we have no access now, is formed in our minds. Is it possible to imagine the true picture of the world today while knowing that so much information is distributed to manipulate people’s minds for political purposes? Despite conscious efforts to perceive information objectively, brain generates myths that distort your logical thinking, making you conform to the ideas that are convenient for you. Consequently, myth becomes the very "reality," in which people sincerely believe.

Working on this project, I spent 3 years to visit this small town where there was this tragic event. I took pictures and gathered the material necessary for my work.
Then I created collages, combining two or more pictures and trying to get the image that will be a most powerful emotionally and can be interpreted at different levels.
In the result I was created the book "Dimitry" and published myself it in the small edition of 100 copies in 2016. Now I would like to develop this project in multimedia format, creating moving collages based on my own photos. I hope to be able to present it in the solo exhibition next year.
Also I would like to make new edition of this book with some additional materials.

About author:
Julia Borissova was born in Tallinn, Estonia. She lives in St.Petersburg where she graduated from the program “Photography as a research”, 2011-2013, Foundation of Informational and Cultural projects ‘FotoDepartament’.
Her work has been exhibited in national and international solo and group shows. Julia Borissova is finalist of Unveil’d Photobook Award 2015; The FotoFilmic’2015 Competition; Belfast Photo Festival, 2015; San Francisco International Photography Competition, 2014; the winner in the 2013 International Fine Art Photography Competition in the Experimental category; the competition “The Baltic Photo Biennale. Photomania” in the Fine Art category; participant at Bitume Photofest (Italy, 2014); the Noorderlicht International Photofestival 2013 TWENTY. During the last years she focused her artistic expression through photo book projects.
Julia Borissova considers photography a way of research and recognition the intangible meaning in the world. She explores ideas of the image and the materiality of the medium of photography, employs a greater variety of photographic techniques and styles. Her interest is in the conceptual side of the work.