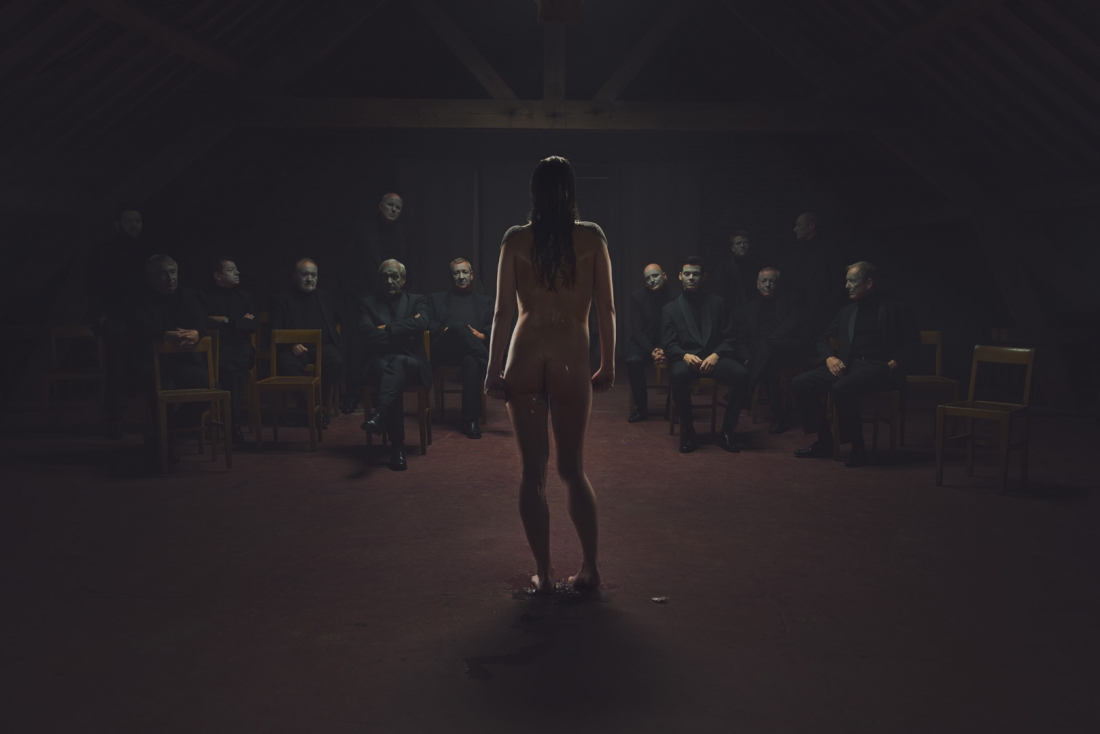 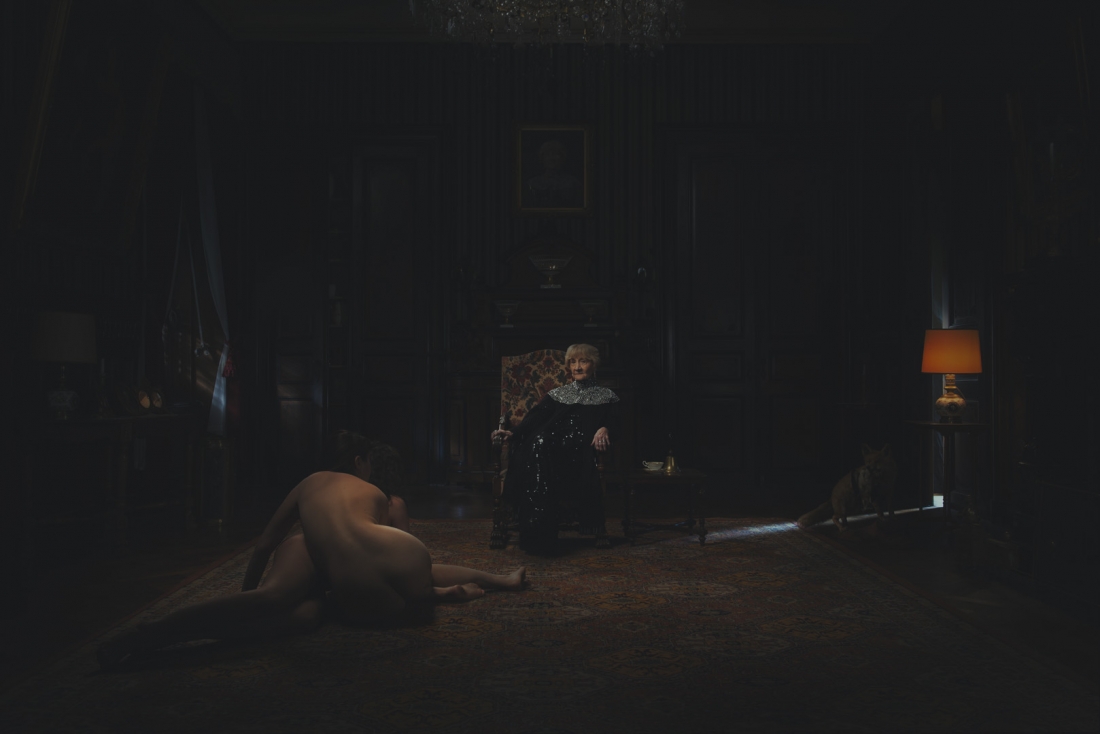 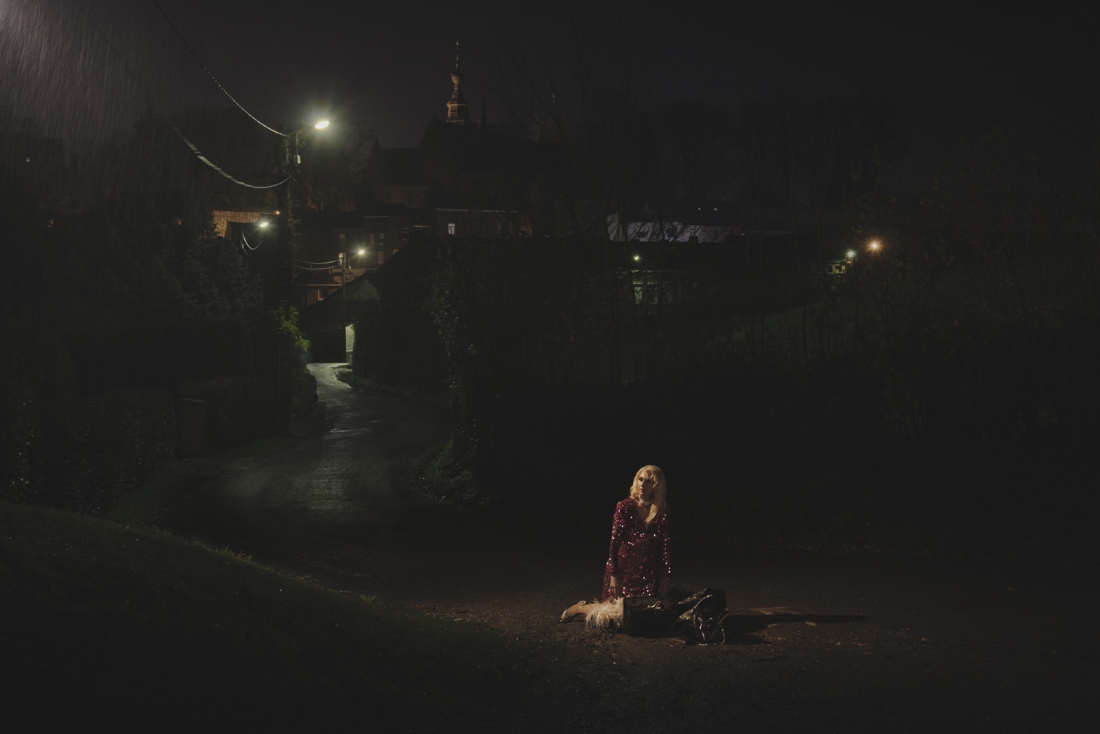 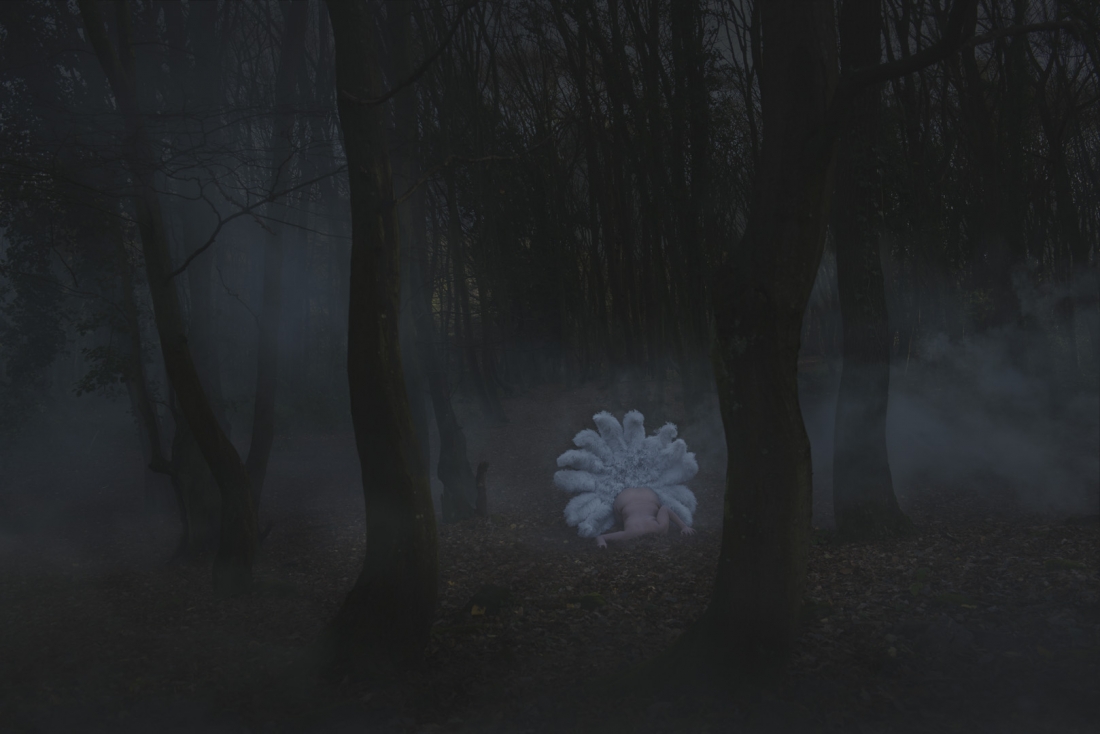 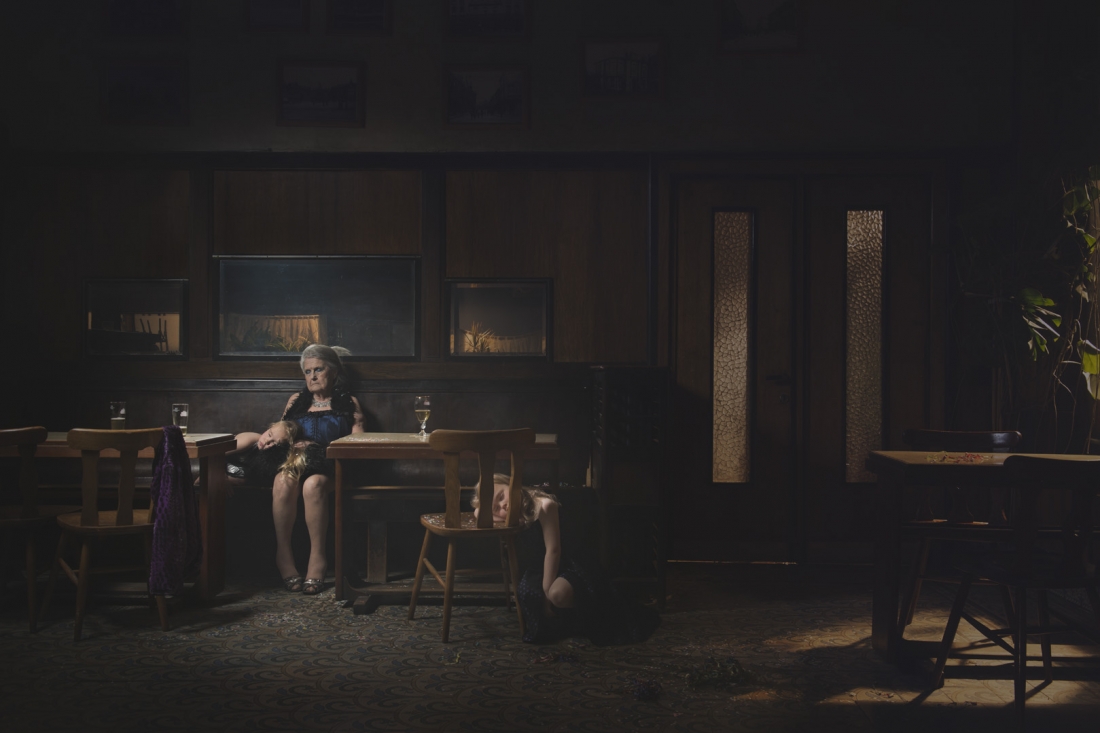 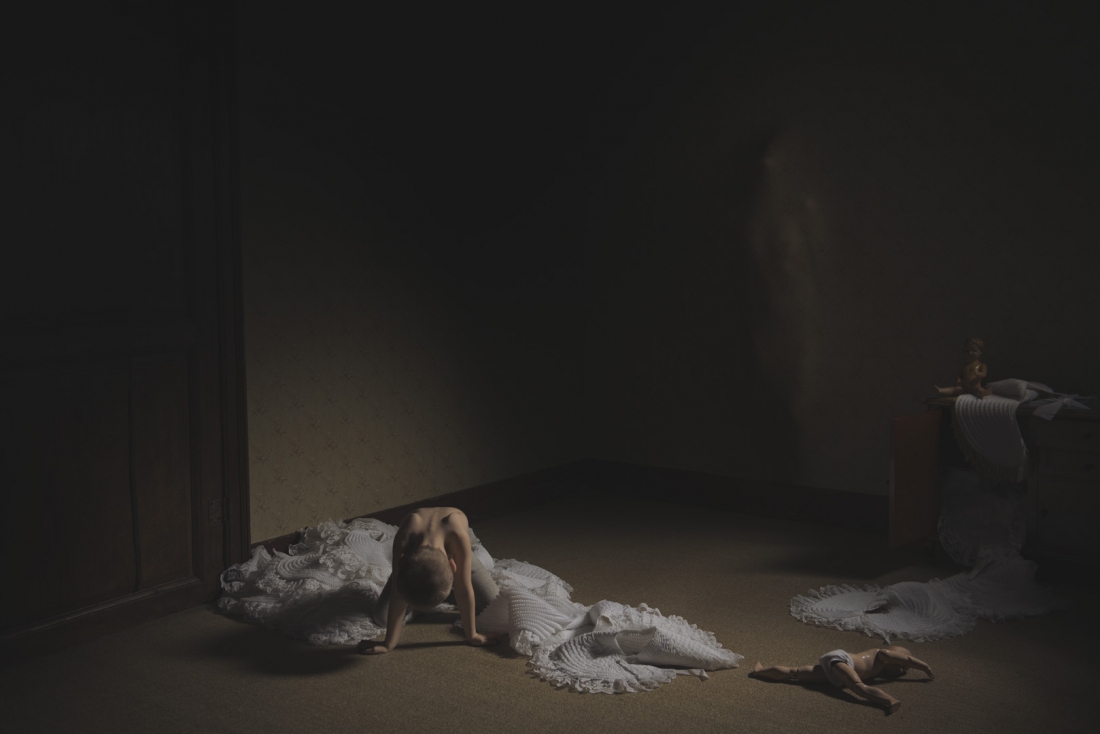 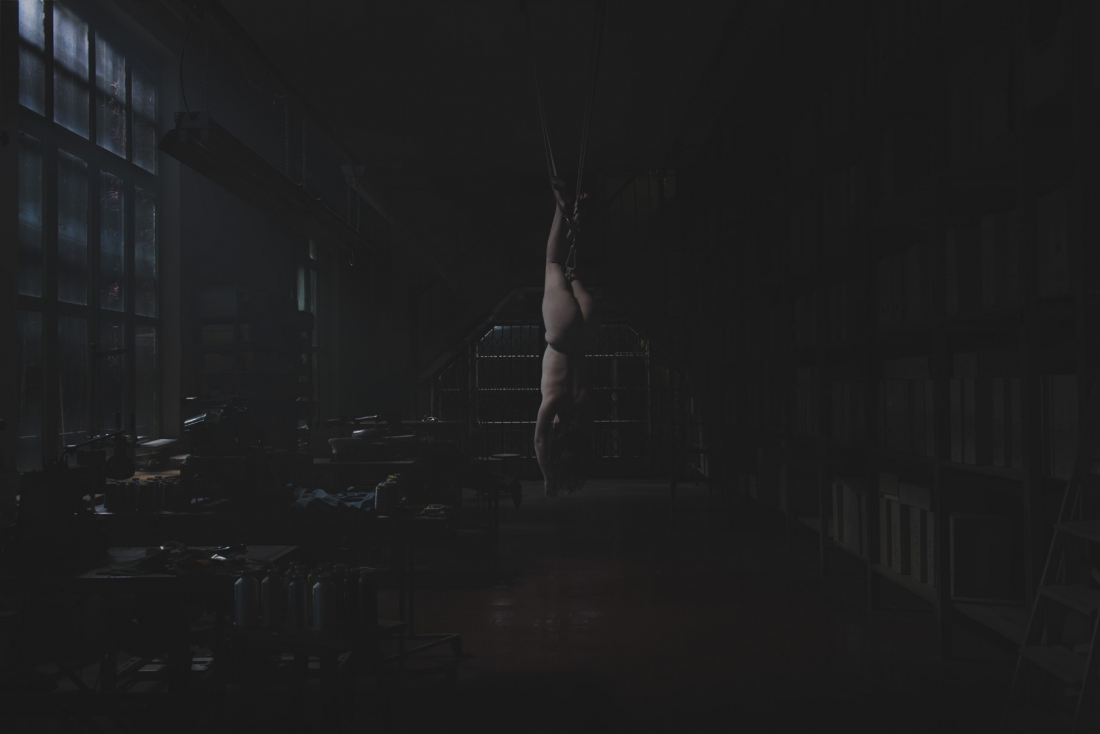 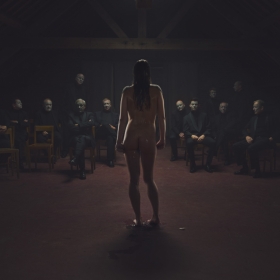 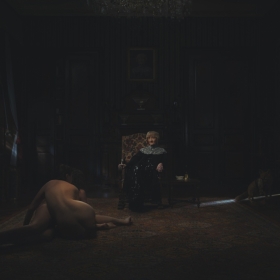 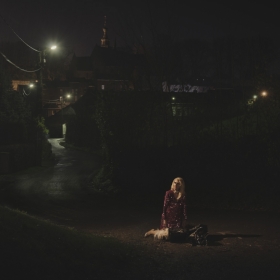 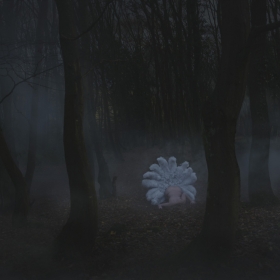 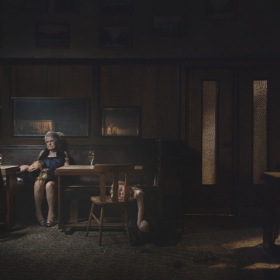 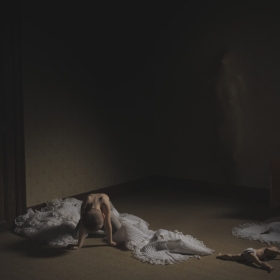 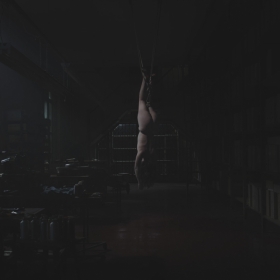 Bénédicte Vanderreydt
I Never Told anyone
Share
Support this photographer - share this work on Facebook.
I Never told Anyone explores the status of women.
These seven images represent the women in my family that have been oppressed and objectified by a male dominated society, at a time when personal honour was of great significance to men. A social power held by men but in fact passed on by women through matrilinearity. These women of my family are divine powers who pass on the savage, the liberty and the passion to the point of being outside the social world and ruling in a "between women" world closed and silent. The story of women oppressed by social conventions is a universal one.
Binche is a small town in southern Belgium steeped in Northern European folklore and my family history. This carnival is the only one in Europe genuinely rooted to its origins.
In ancient mythology the woman has no voice. Excluded from the ritual she is reduced to a sexual and mysterious object. This is where the two stories intersect: personal (the family story) and the wider discourse (myths and folklore). I use the strength of the mask, this ritual instrument par excellence, that "dresses" the woman, metamorphoses her, displays her or dresses her up.
This presentation is a 'once upon a time' tale, that reassures by displaying a fiction. These are pictures whose often cruel accuracy is tempered through cinematic effects. Despite this heavy implementation, the choice of the still image is clear, determined by its power and also by its ability for reminiscences.
All the locations are shot in Binche and its surroundings. The characters represented are all from Binche and the majority of them are part of my family.

I would like to continue this project, in Binche with my family.

About author:
Bénédicte Vanderreydt is a Belgian photographer graduated with honours from IHECS in Brussels and then from the drama school Gratacos in Barcelona, she eventually deepened her knowledge in photography at Gobelins School in Paris.
Bénédicte won the 2016 GRAND PRIX WINNER of Tokyo International Photography Competition. Her work has been exhibited widely with her most recent exhibitions being BACKLIGHT PHOTO FESTIVAL in Finland, UNITED PHOTO INDUSTRIES in New York, SINGAPORE at Gillman Barracks, LAGOSPHOTO in Nigeria, HEAD ON in Sydney. Her work, film and photographs, is part of the collections of MUSÉE DE LA PHOTOGRAPHIE in Belgium, BNF in Paris and Lyman Allyn Museum, U.S.A.


‘Throughout her series of photographs Benedicte Vanderreydt explores different layers in the construction of female identity. From adolescence to adulthood, she shows the successive roles that women are able to embody : child, wife, mother , mistress, etc.
Each of her projects meets a singular aesthetic where the place of the staging is strong, revisiting with cinematic images that will haunt the viewer for a long time. She questions and challenges the permanence of certain ancestral rites of passage in our contemporary society like the Carnival in her series 'I never told anyone'. Social networks, family mythology and factual research are the starting point of her photographic reflection, but as a photographer she is not limited to the transcription of a reality but is constantly seeking to sublimate and interpret it. With her theatrical training her photographic work highlights the illusionistic power of masks, either on social media or those who adopt a mask at a carnival, (as the series of photographs 'I never told anyone' exposes). Being masked allows a character to become a silent link which is reminiscent of the paintings of Paul Delvaux.’