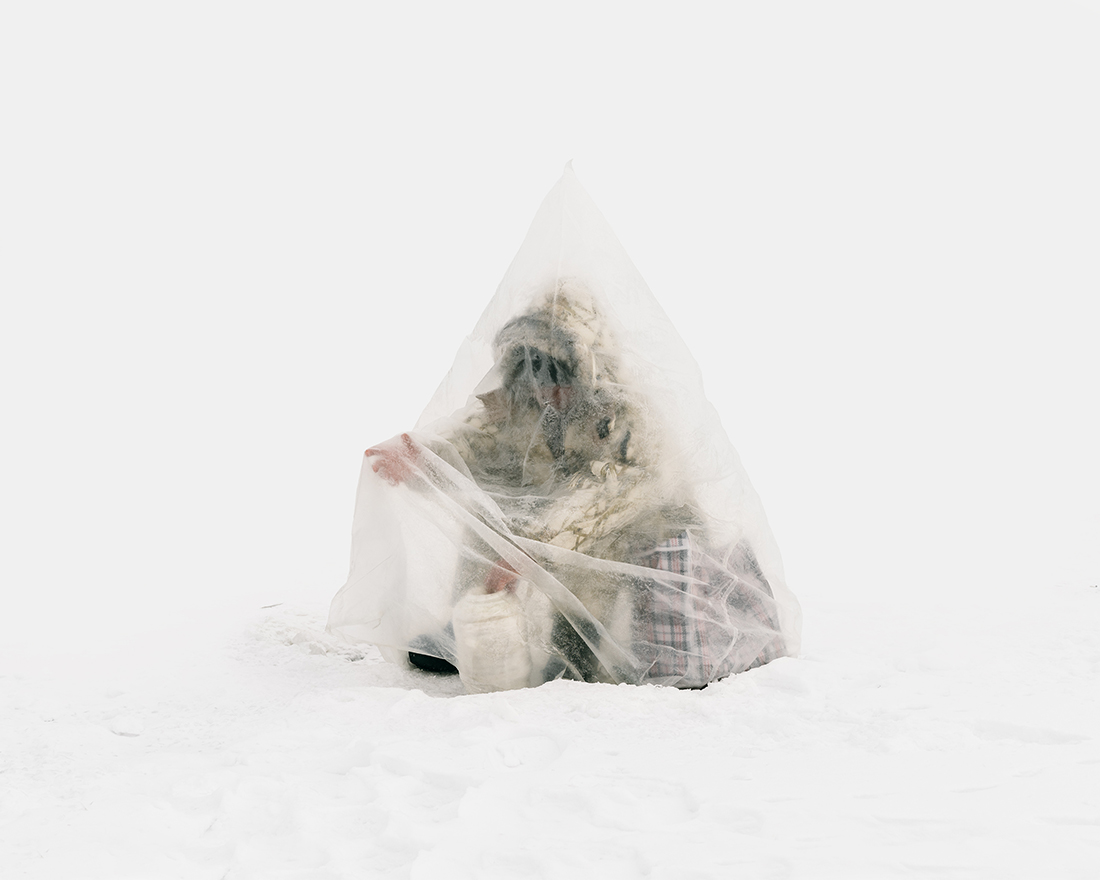 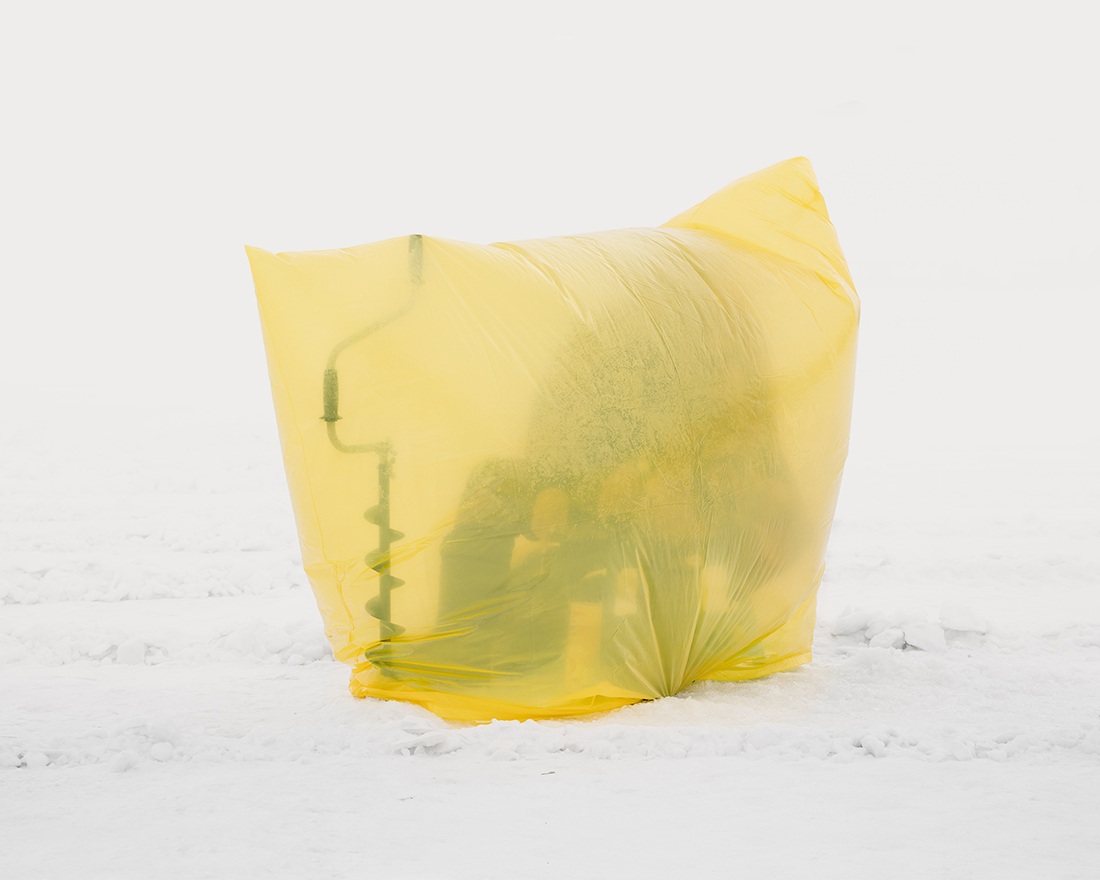 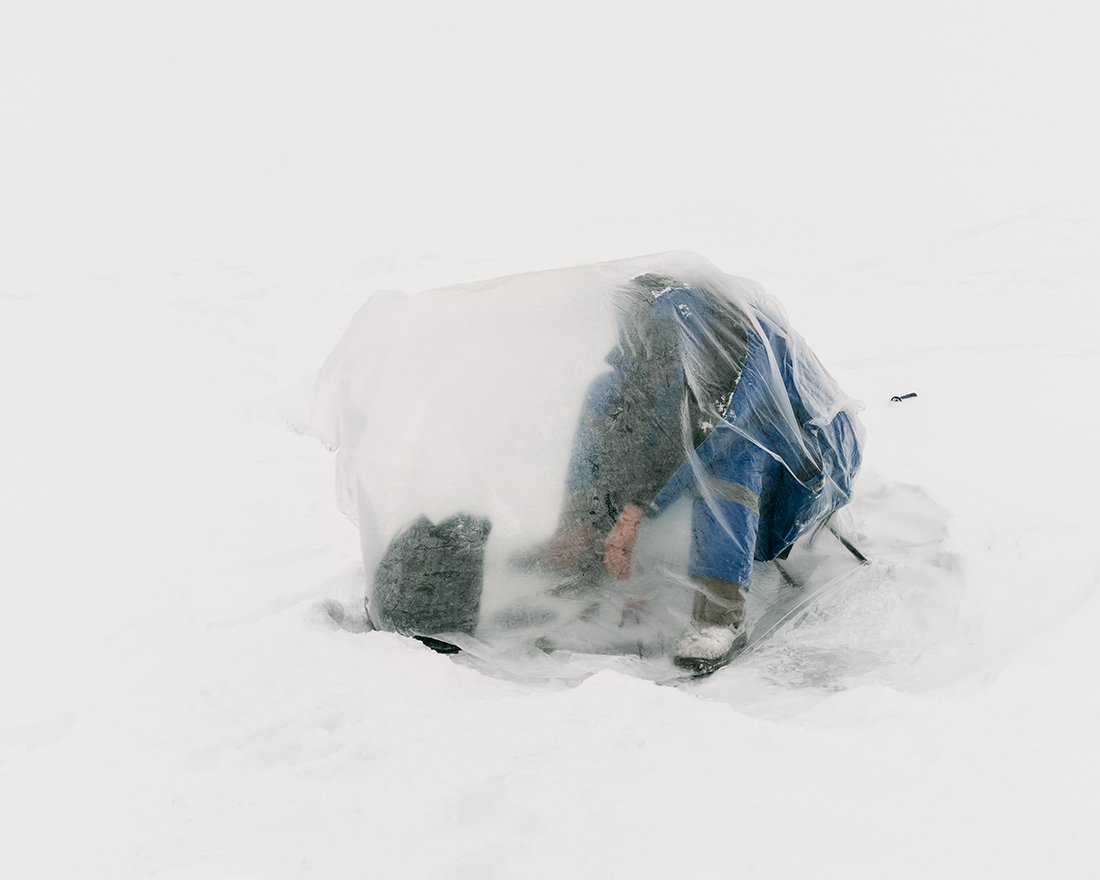 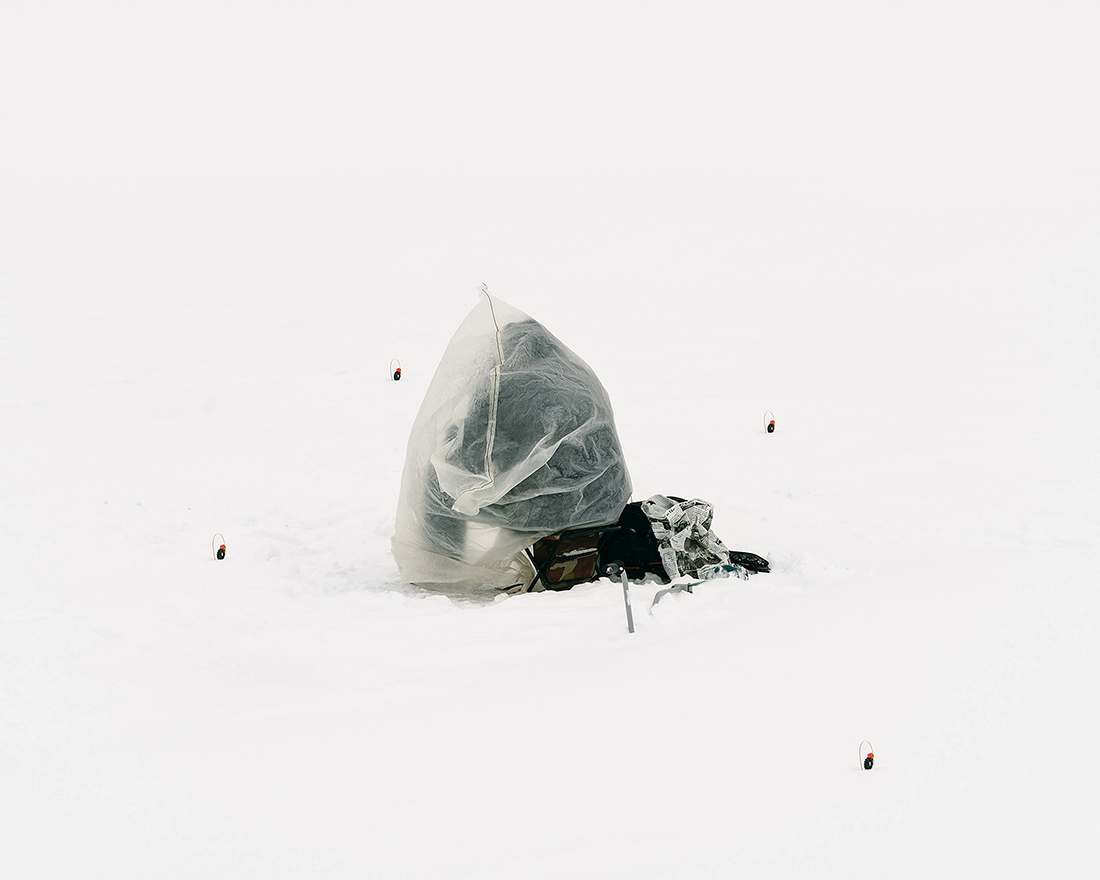 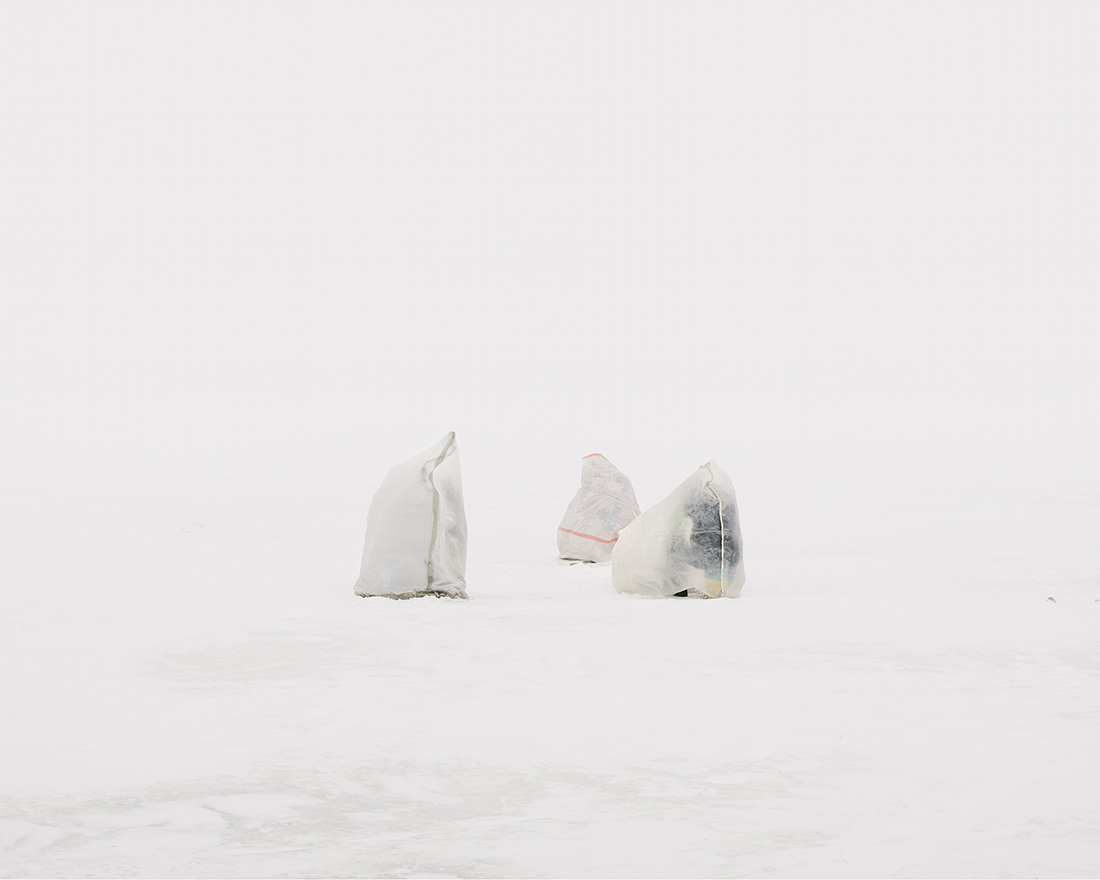 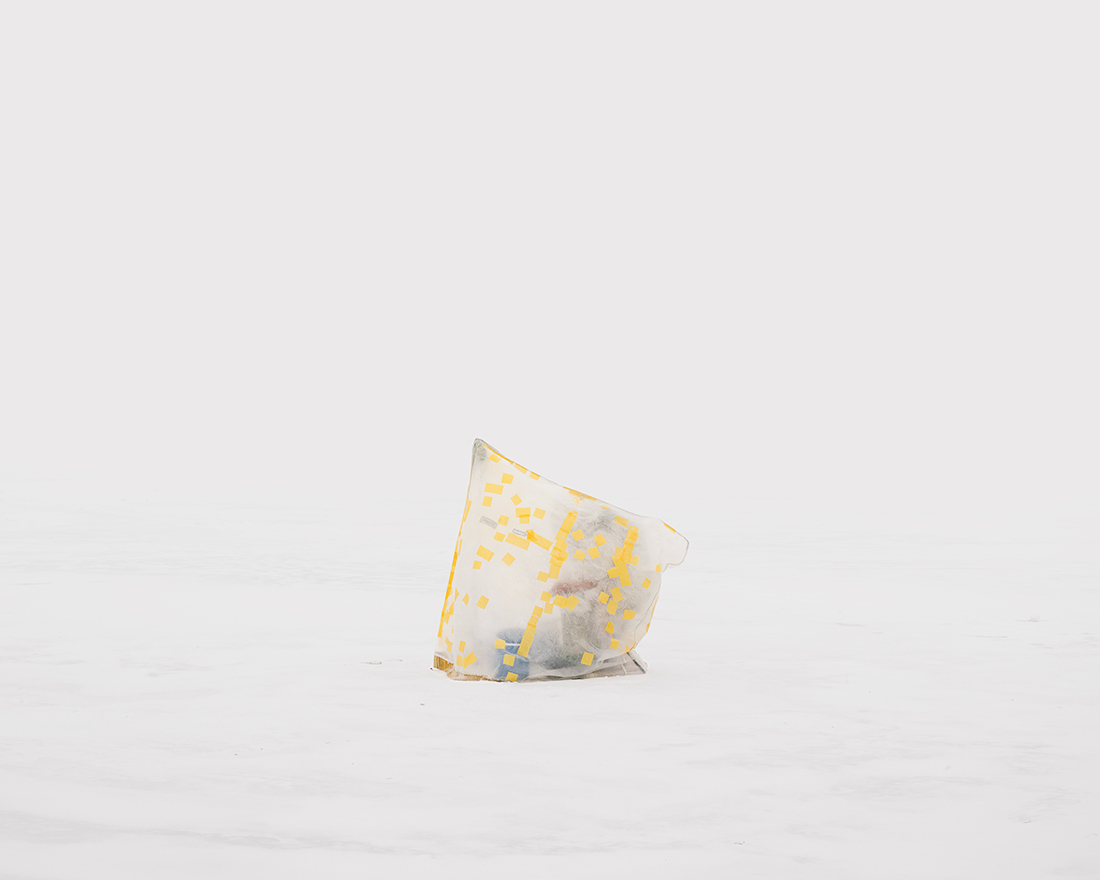 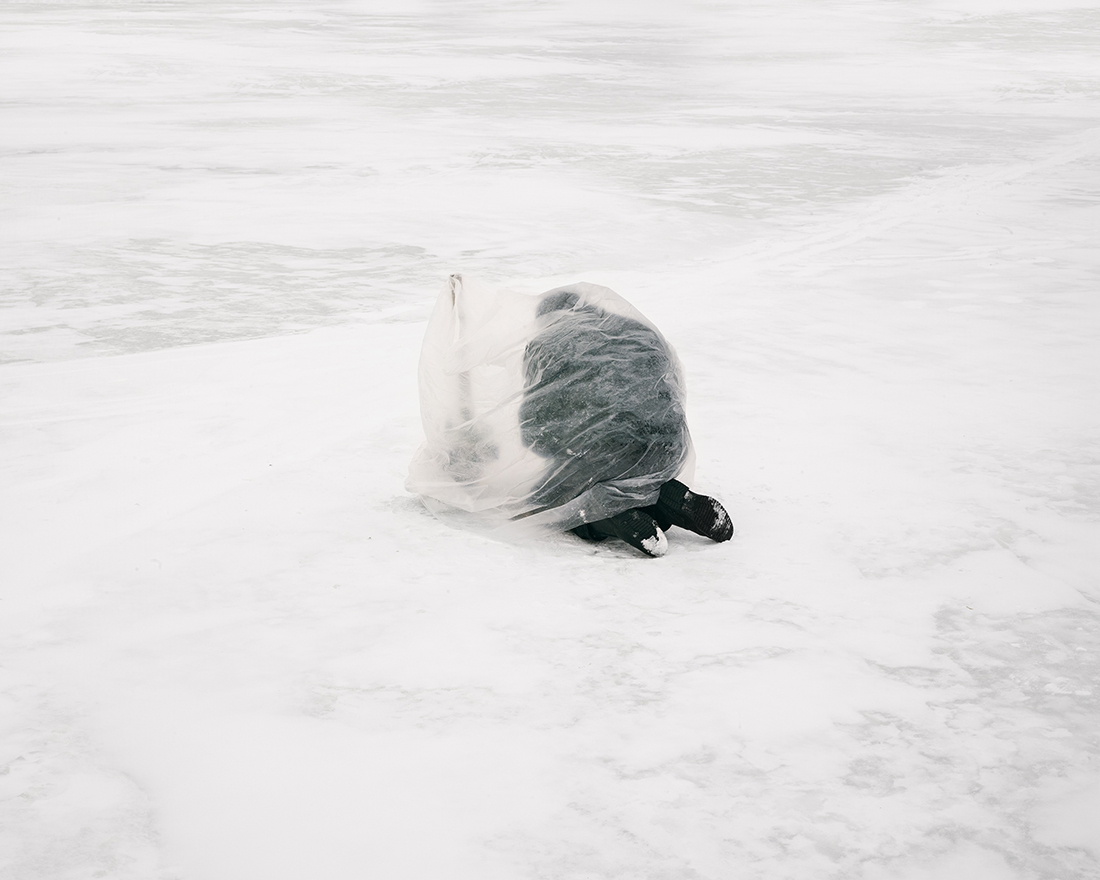 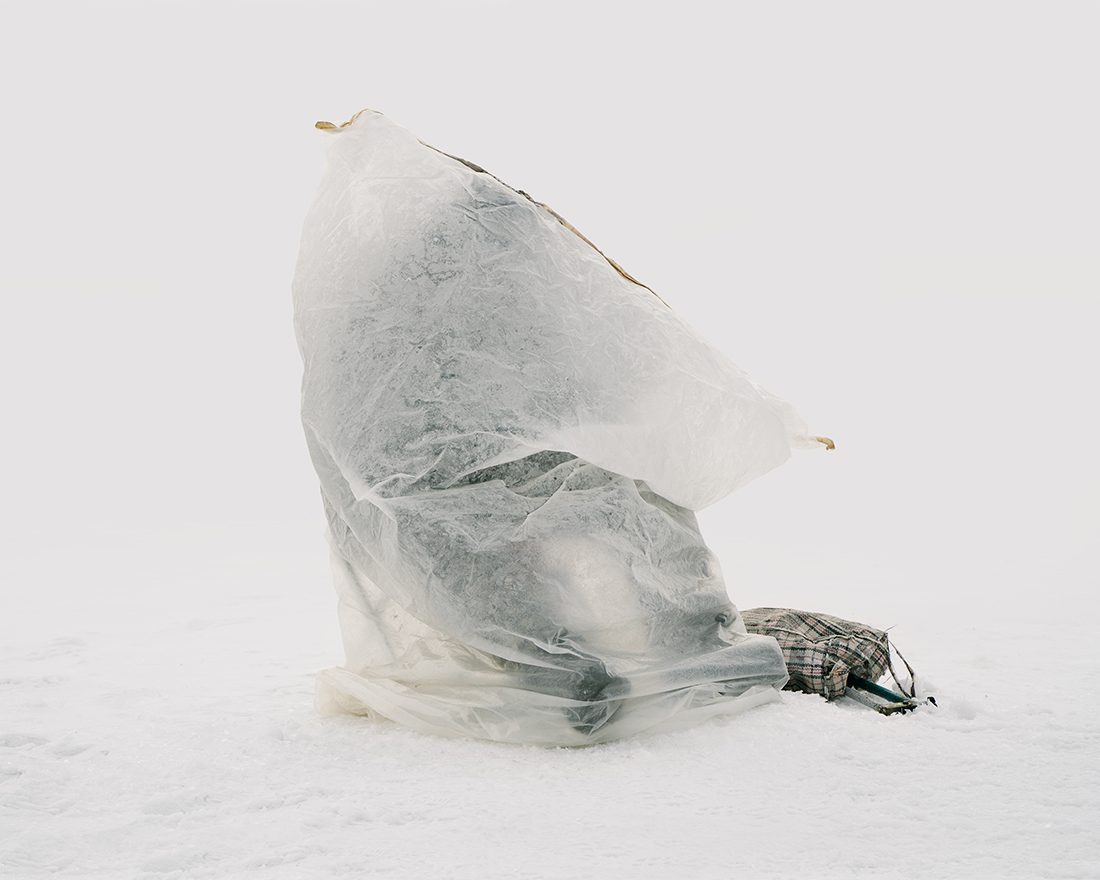 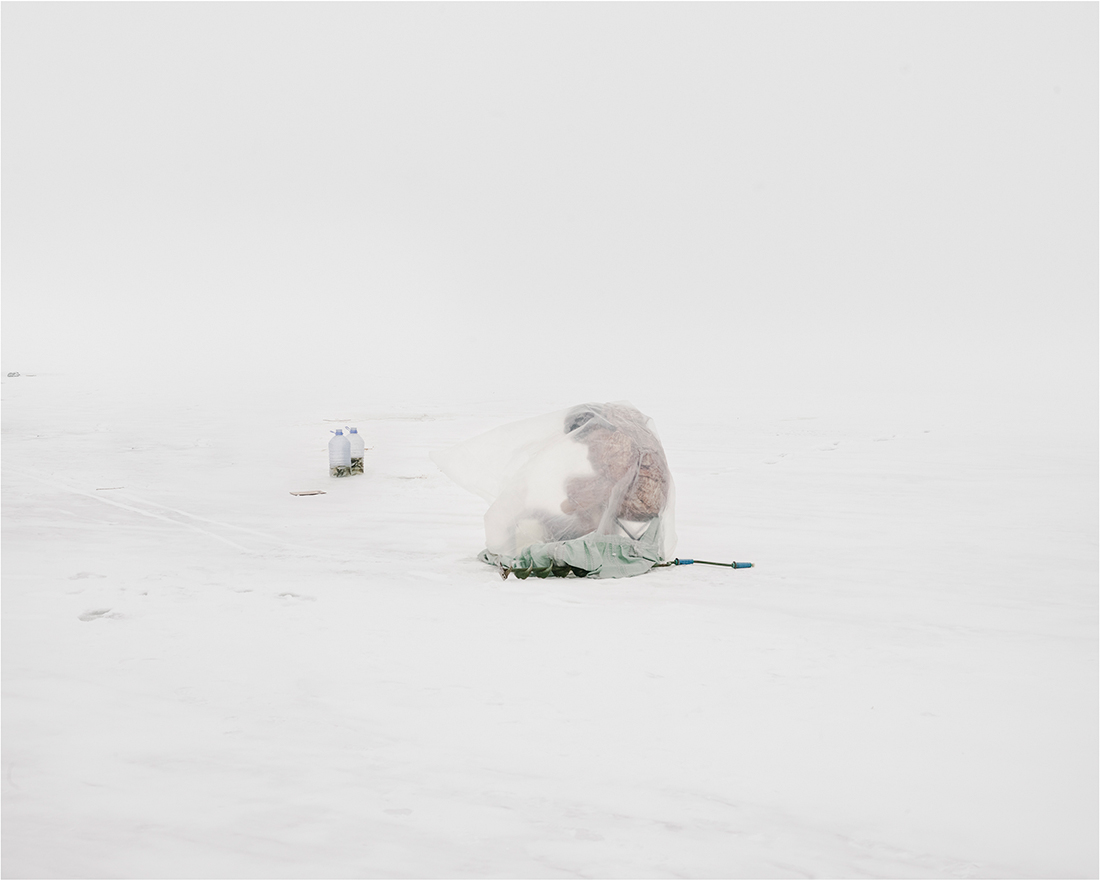 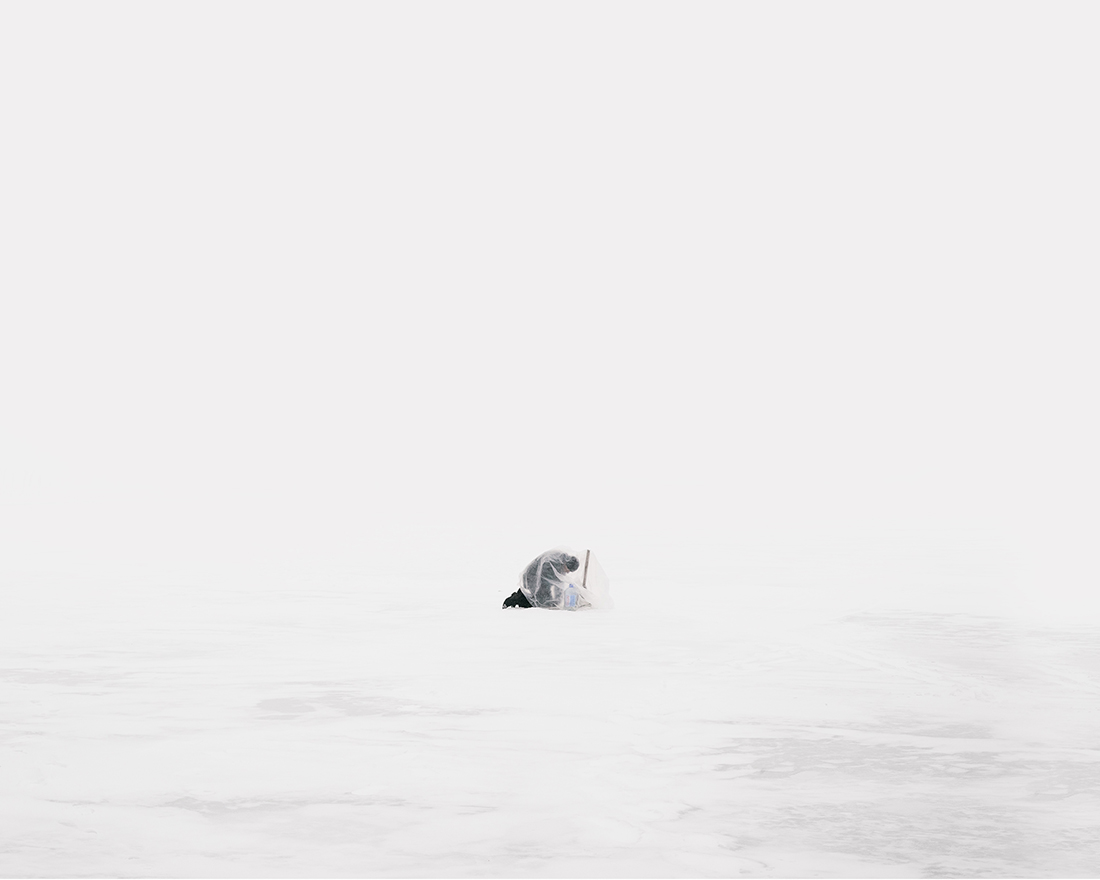 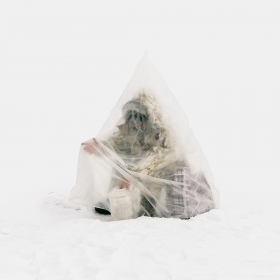 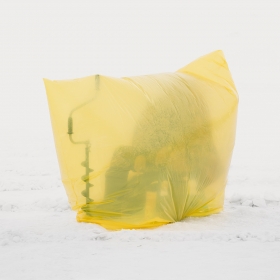 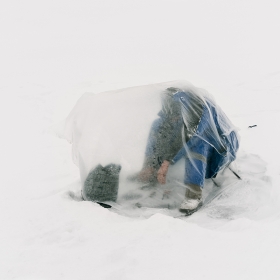 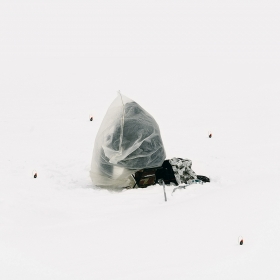 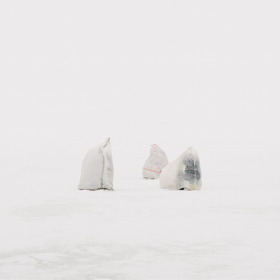 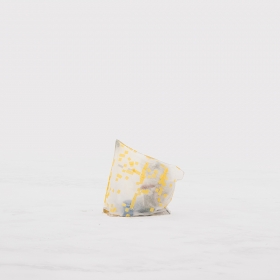 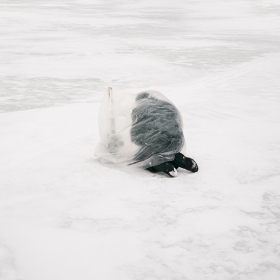 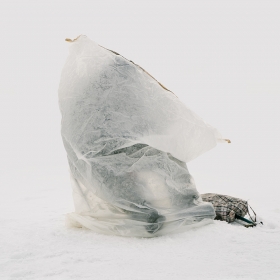 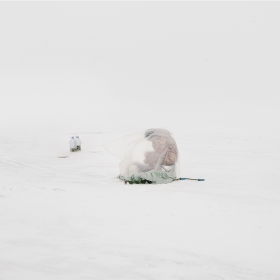 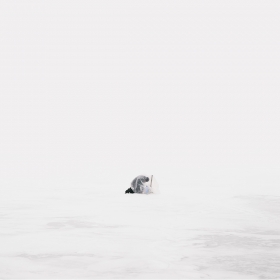 Aleksey Kondratyev
Ice Fishers
Share
Support this photographer - share this work on Facebook.
Kazakh fishers have, for untold generations, set out onto the frozen Ishim River in hopes of catching fish—whether for fare or profit—beneath the ice. Historically nomadic, Kazakhstan began a process of sedentarization as a result of Russian colonialism in the 19th century. But despite advances in technology, many of these fishshermen still fish using only rudimentary forms of layering to protect from the region’s oft subzero climate and harsh gales. Most shield themselves by simply ensheathing their bodies in trash bags and salvaged plastic.

I worked on this project for the past two years during trips to North-Central Kazakhstan, one of the coldest populated regions on Earth.

About author:
Aleksey Kondratyev (b. 1993 in Bishkek, Kyrgyzstan) works between Detroit and Central Asia. His work examines the cultural conflation and diversion between the West and post-Soviet spheres of identity. Kondratyev's work has been exhibited at the Benaki Museum in Athens, Greece, Galleria Foto-Forum in Bolzano, Italy, and FotoFestiwal Lodz in Lodz, Poland. He recently completed a fellowship at FABRICA, Benetton's Communication Center.