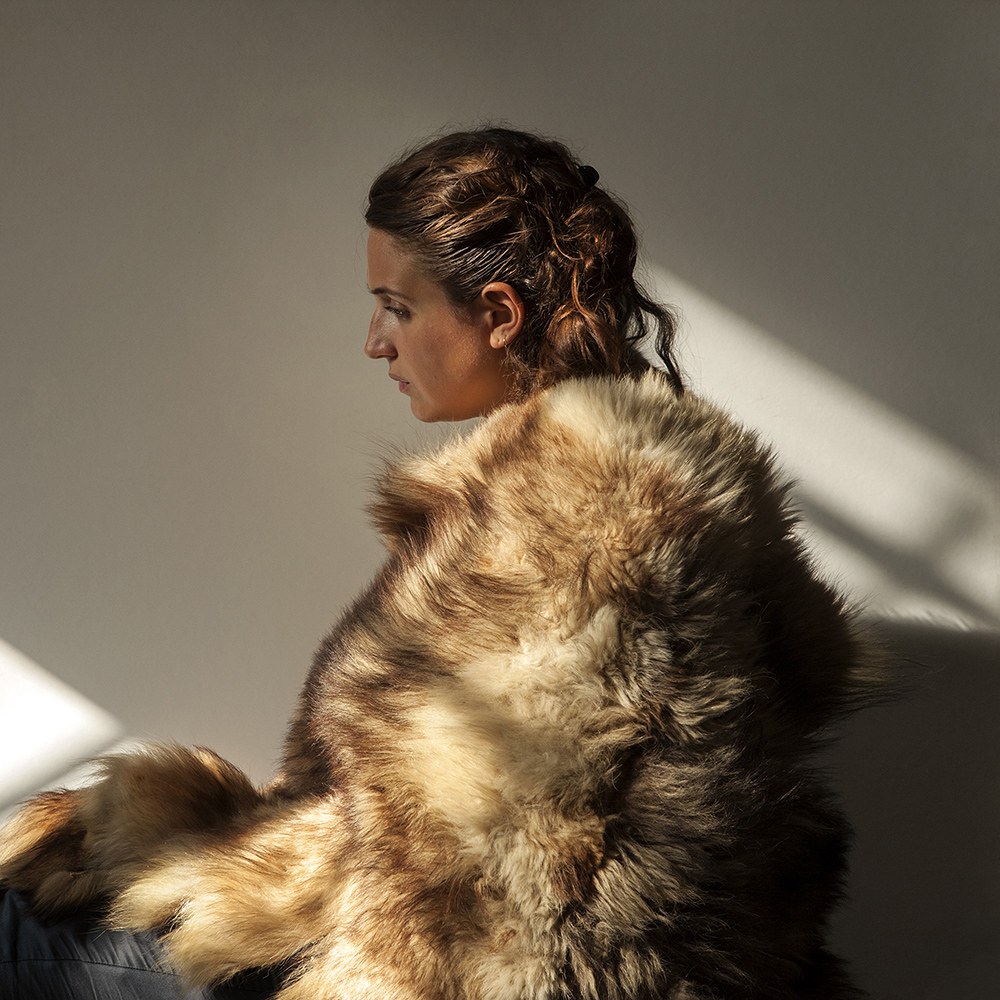 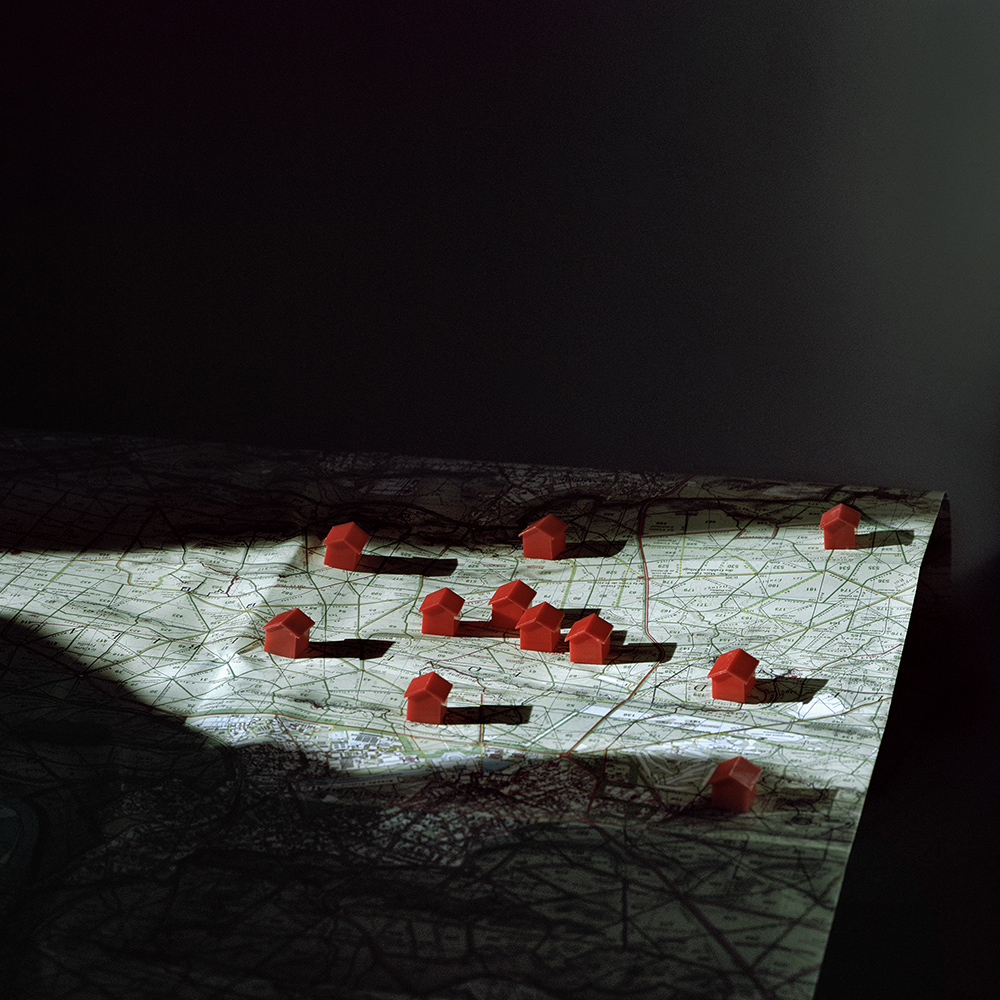 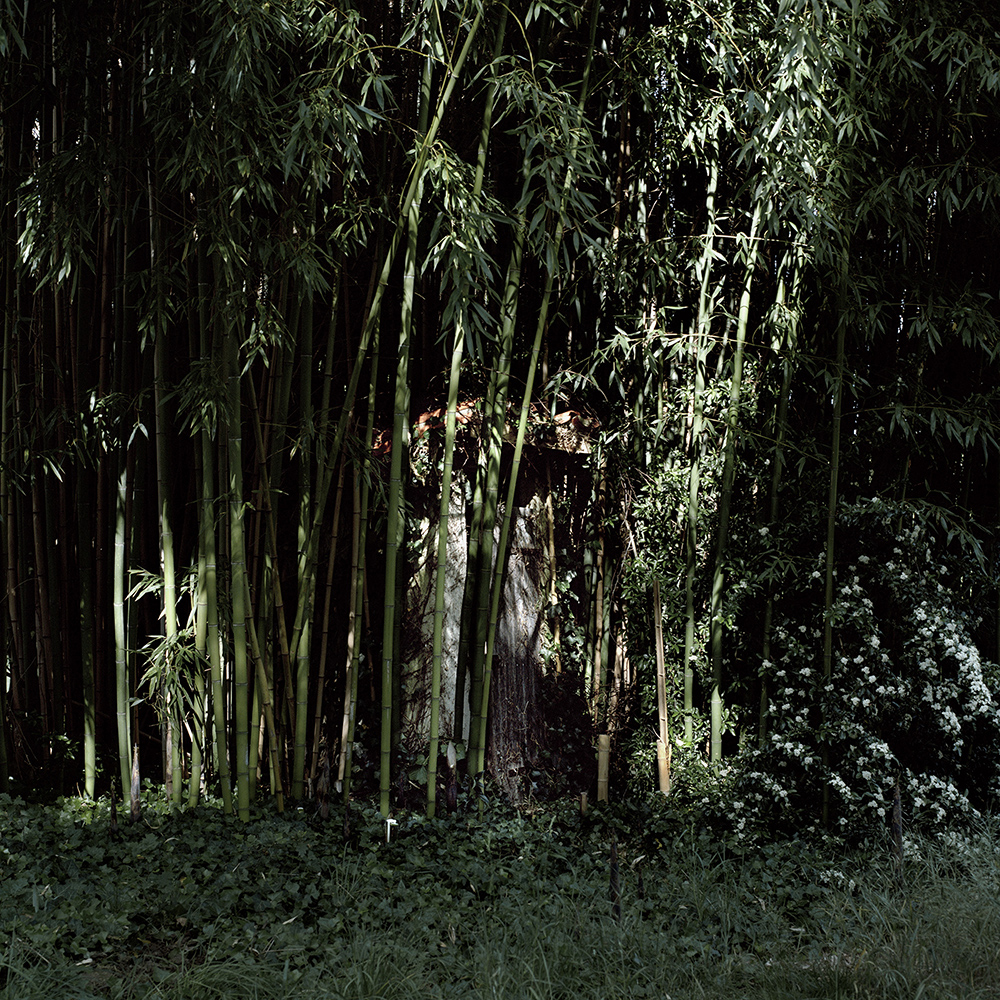 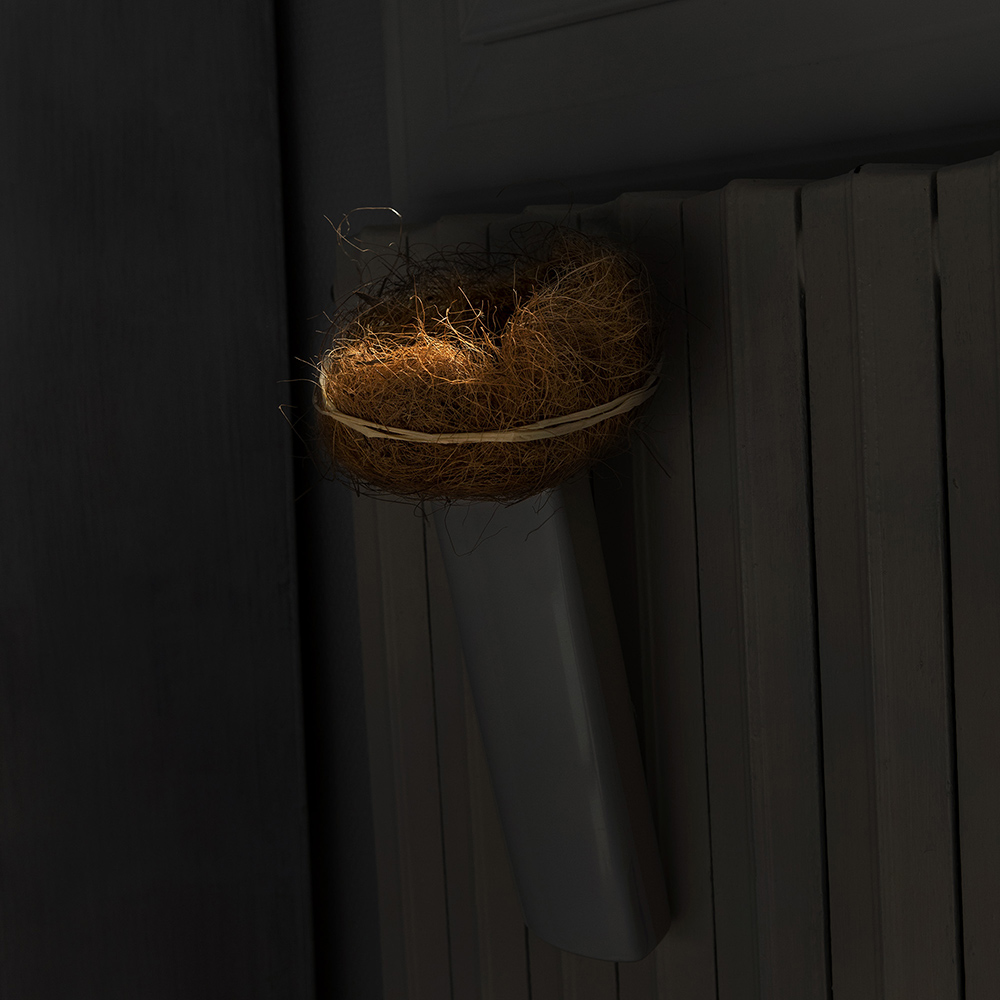 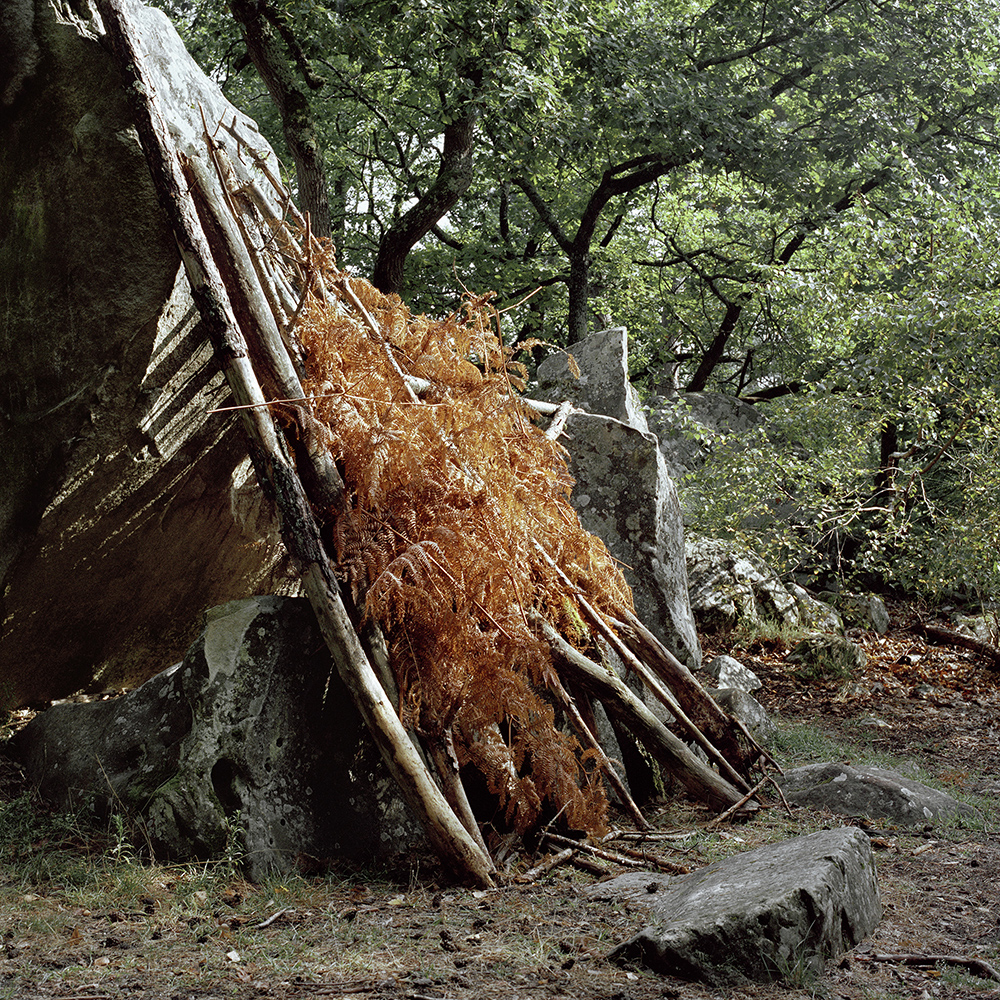 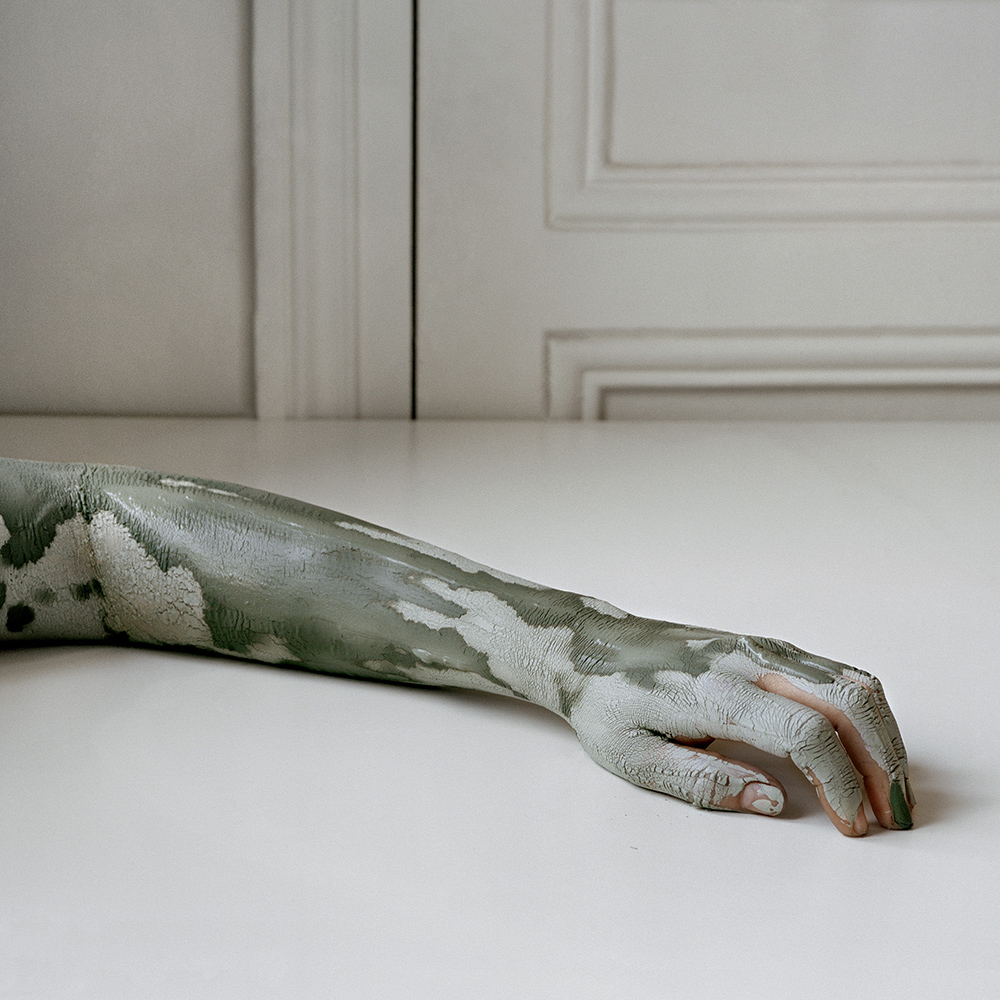 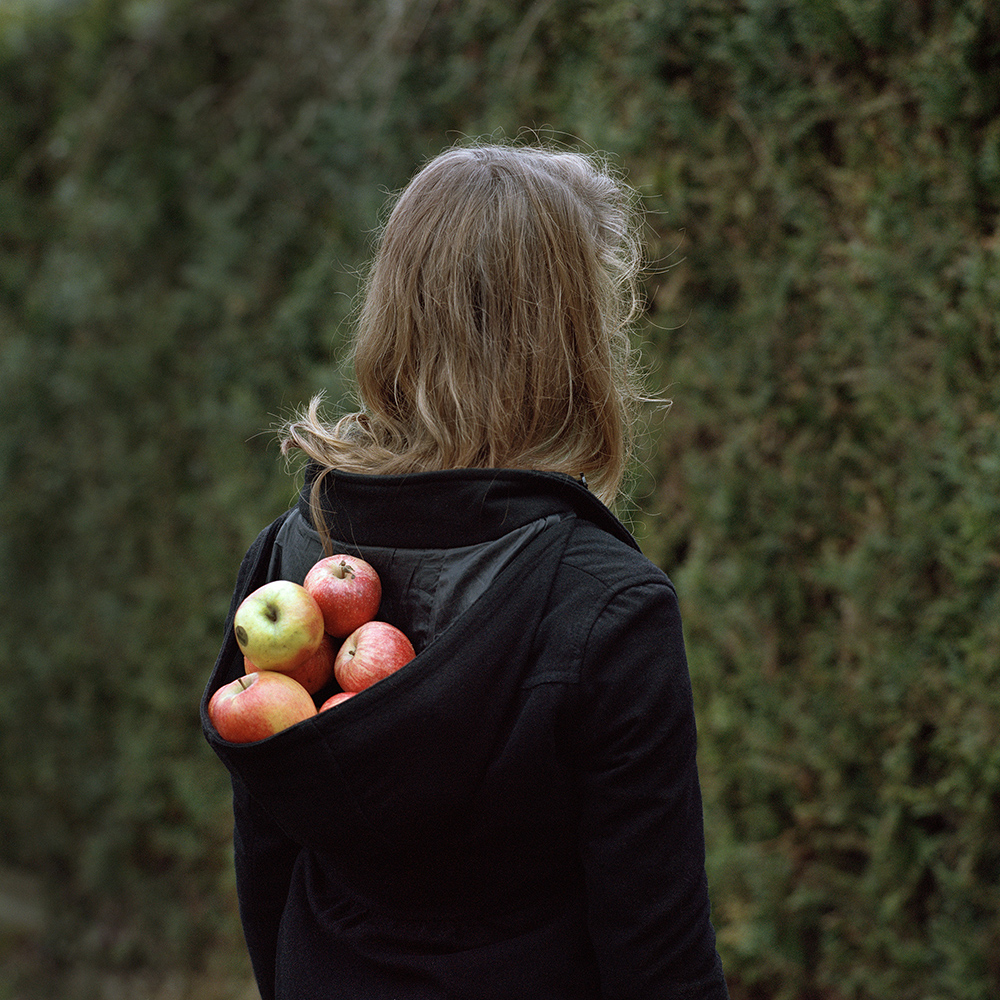 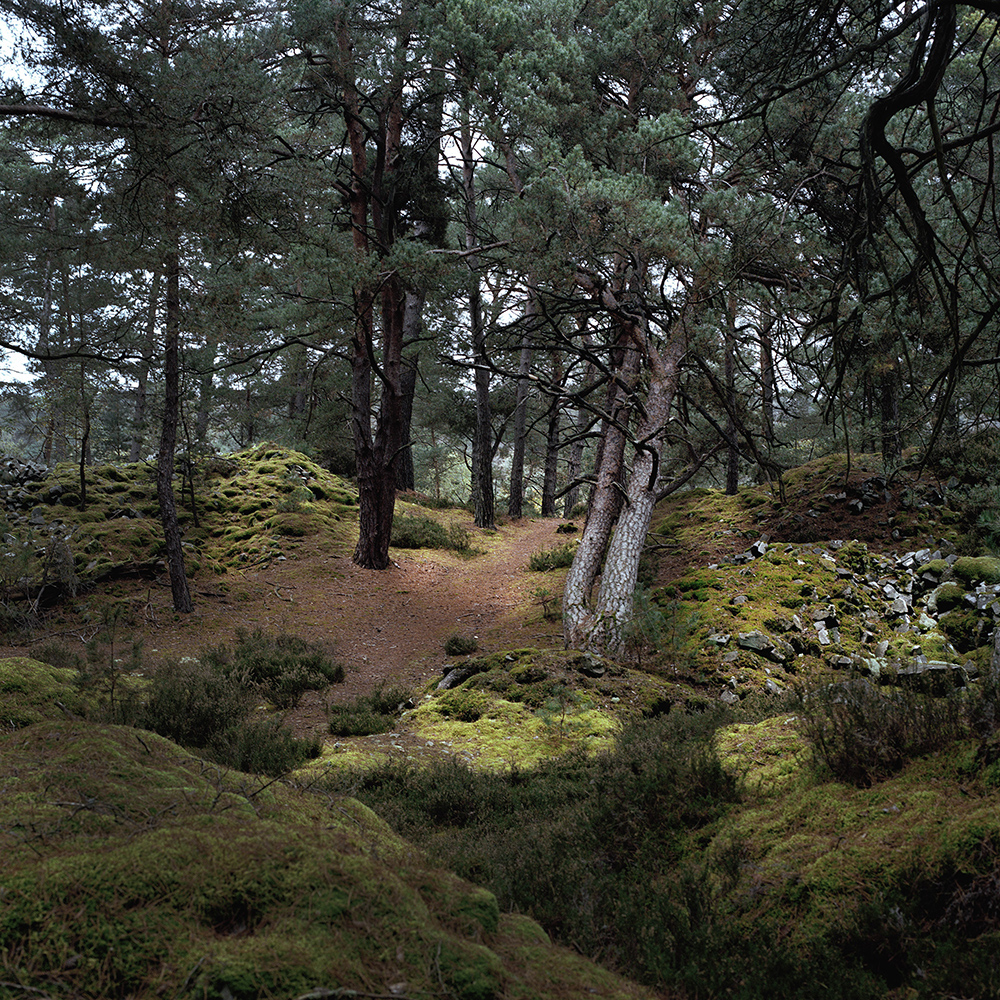 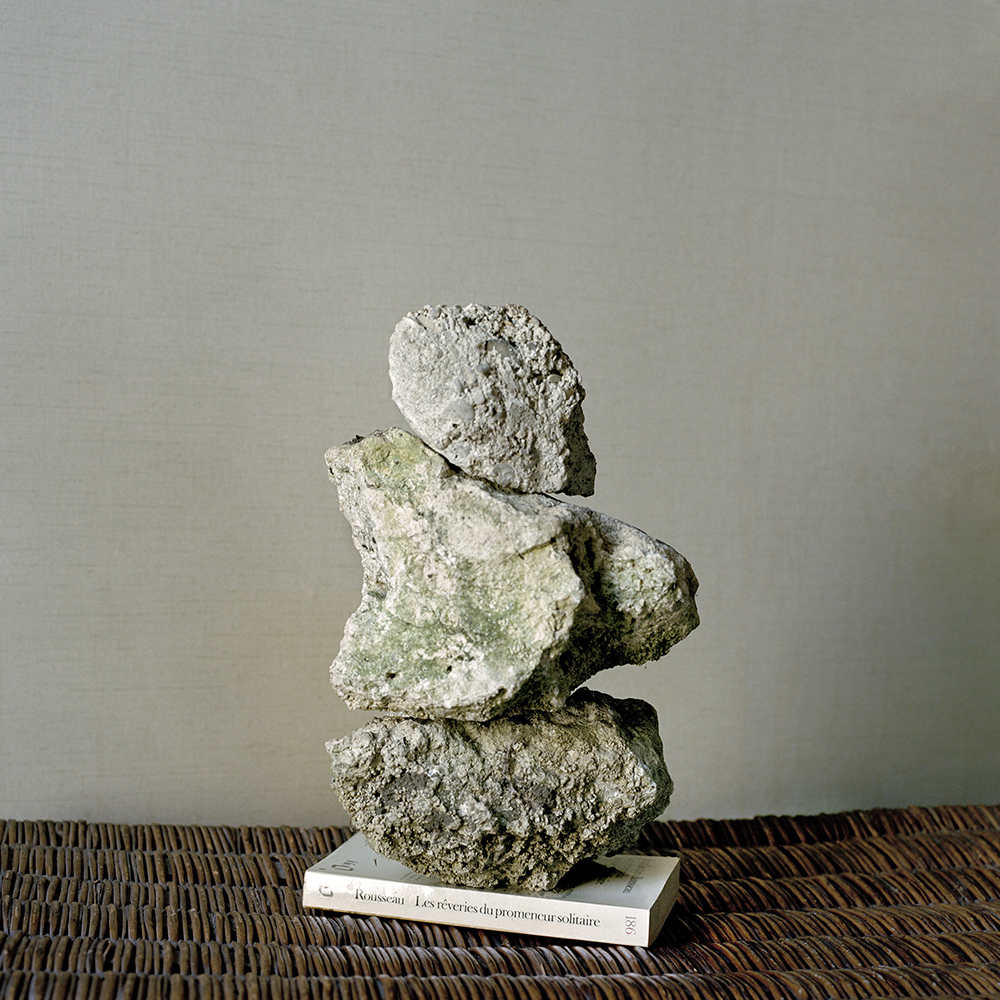 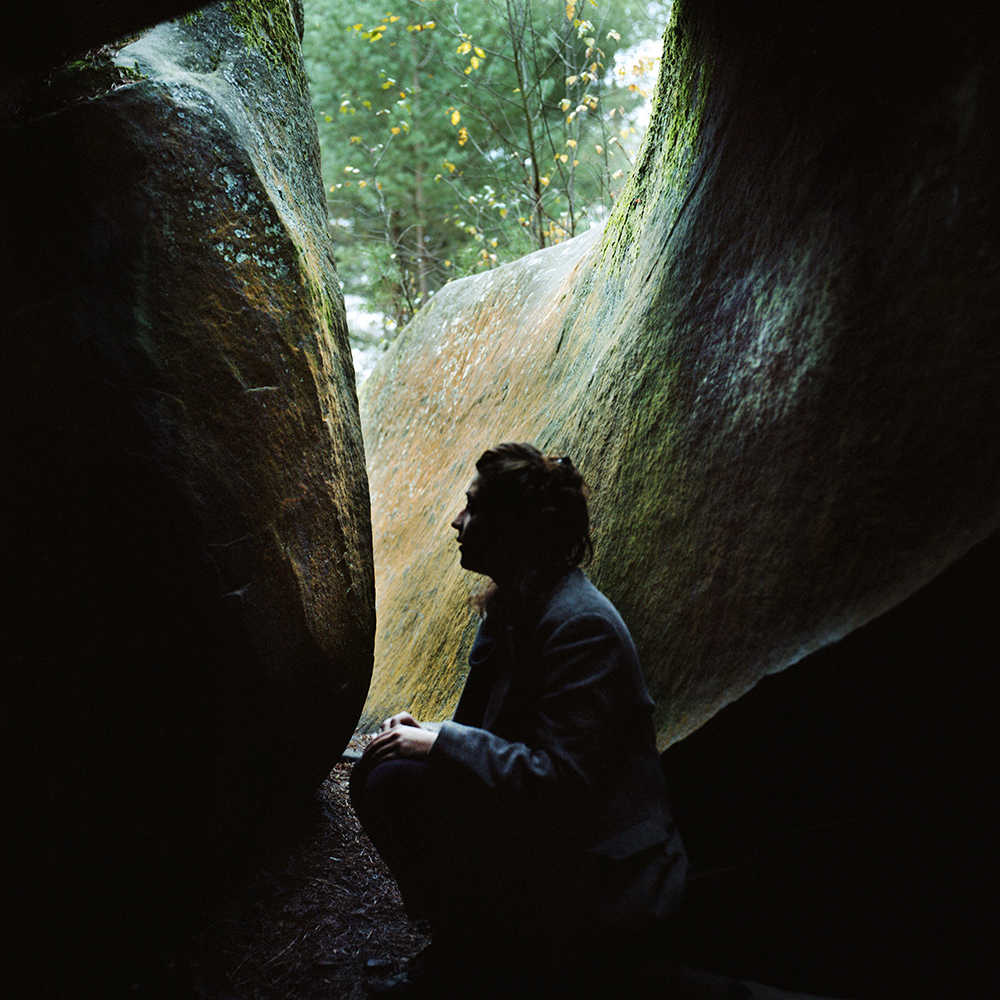 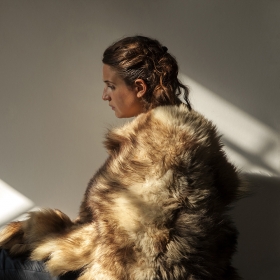 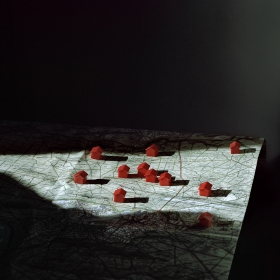 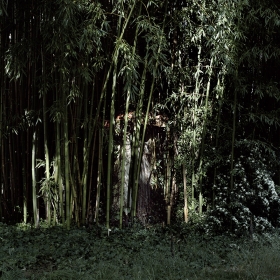 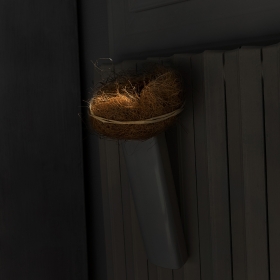 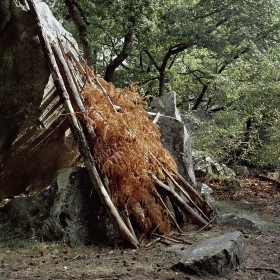 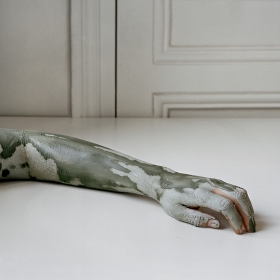 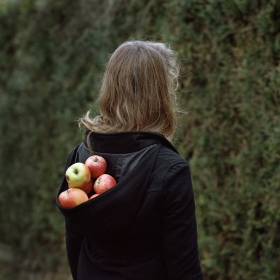 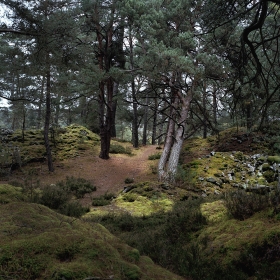 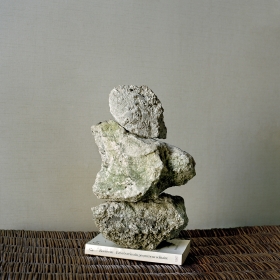 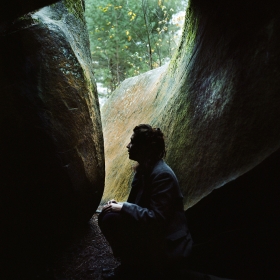 Nesting in the Wolf Tree is an ongoing photographic series that depicts the forest as a space of the unseen and the mysterious whose immensity engenders admiration, contemplation and fright.
The territory I chose to portray is the forest of Fontainebleau, located 60km at the south of Paris. The latter has become over the years a familiar environment, a place to which I became intimately attached, for the house in which I grew up stood at the edge of this very forest. As a child, these woods were my playground, the land of many adventures and extraordinary stories. As a teenager, they became a place of freedom and escapism away from parental authority. As for today, they are a space for introspection and peacefulness.

The series starts as a journey of wander into the woods and slowly turns into a quest for identity scattered with obstacles, singular rituals and secret hideaways. Transcended by the timelessness of the natural world, the visitor looses himself into the darkest recesses of the forest. Carried by playing and daydreaming he invests, tames and transforms its landscape in an attempt to escape the monotony of everyday life.
In this game of hide and seek between fantasy and reality the hut, the cabin, the cave, play an essential role. Natural and unruly, these constructions are part of the forest a mythical land full of mysteries and illusions. They blend into the surrounding nature, taking up the colour of the seasons until their destruction. Temporary shelters or secondary homes they guarantee a quiet and protected rest, a timeless moment away from the world which can still be contemplated without the fear of being seen.
Found or built these refuges escape the ordinary spatial categories, forming unique territories, heterotopias halfway between a geographical reality and human imagination. Hideouts where eclectic findings and valiantly earned trophies are carefully stored. Sacred places where fantasies of freedom and promises of escape are finally fulfilled. But if the hut and the cavern accompany the traveller in his quest, they are also the nightmare that awaits every dream for they can as well be uncanny and forbidden places inhabited by harmful individuals. Ambushes that can quickly turn into prisons if one was to fall into them.

About author:
Alexandra Serrano is a French-Mexican photographer. Her practice is sensitive and poetic. It tackles themes such as those of identity, childhood and memory which she explores through the physical and perceptual experience of spaces built and invested by man.

Her work features in various publications and has been exhibited in both group and solo exhibitions across Europe, North America and Asia. Her project, ''Between Finger and Thumb'' was exhibited in Paris at the Festival Circulations(s), in Montpellier for the Boutographies as well as in Rome at the Fotoleggendo Festival. Alexandra Serrano´s work was also shown in London, Toronto, Portland and Boston for the 2013 Flash Forward Festival. In 2015, she won the Photobook Melbourne Photography Awards and her photographs were presented in the 8th edition of Chobi Mela, Asia’s biggest photography event. In 2016 she also exhibited in Nepal at Photo Kathmandu, she was awarded with the Grand Prix Photographique Paris with her new series ''Nesting in the Wolf Tree''. The latter is currently being exhibited across France in various galleries.
In addition to her personal artistic practice, Alexandra teaches photography to BA students at the Sorbonne university and gives photography workshops in collaboration with various museums and artistic institutions in France.