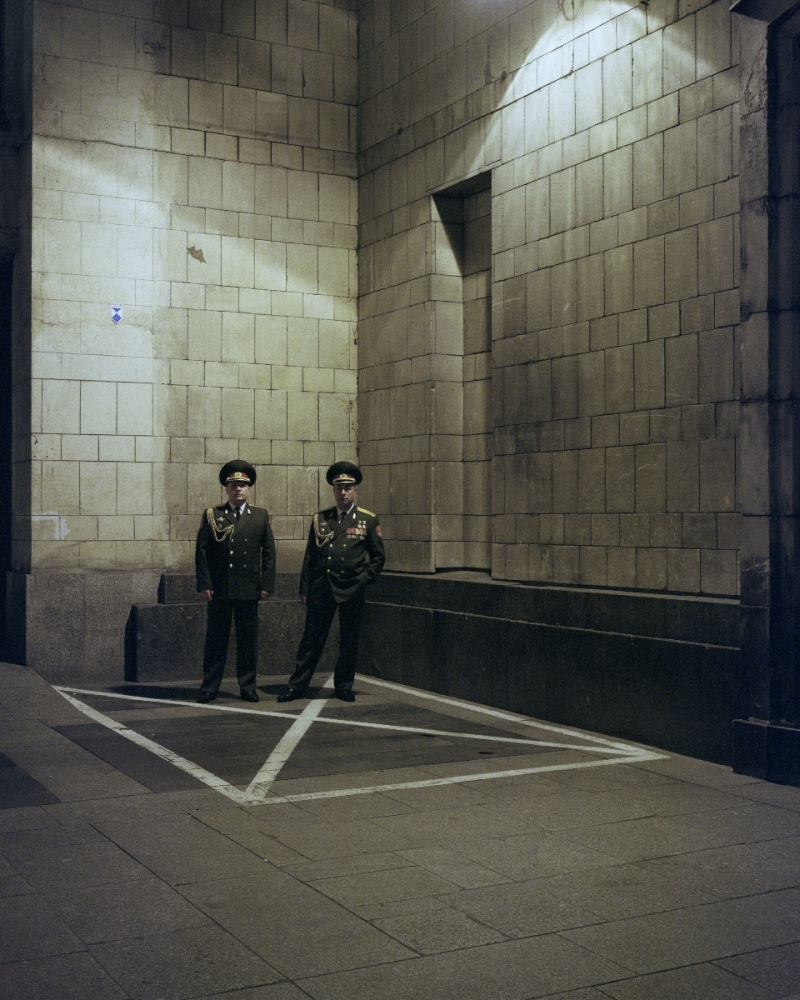 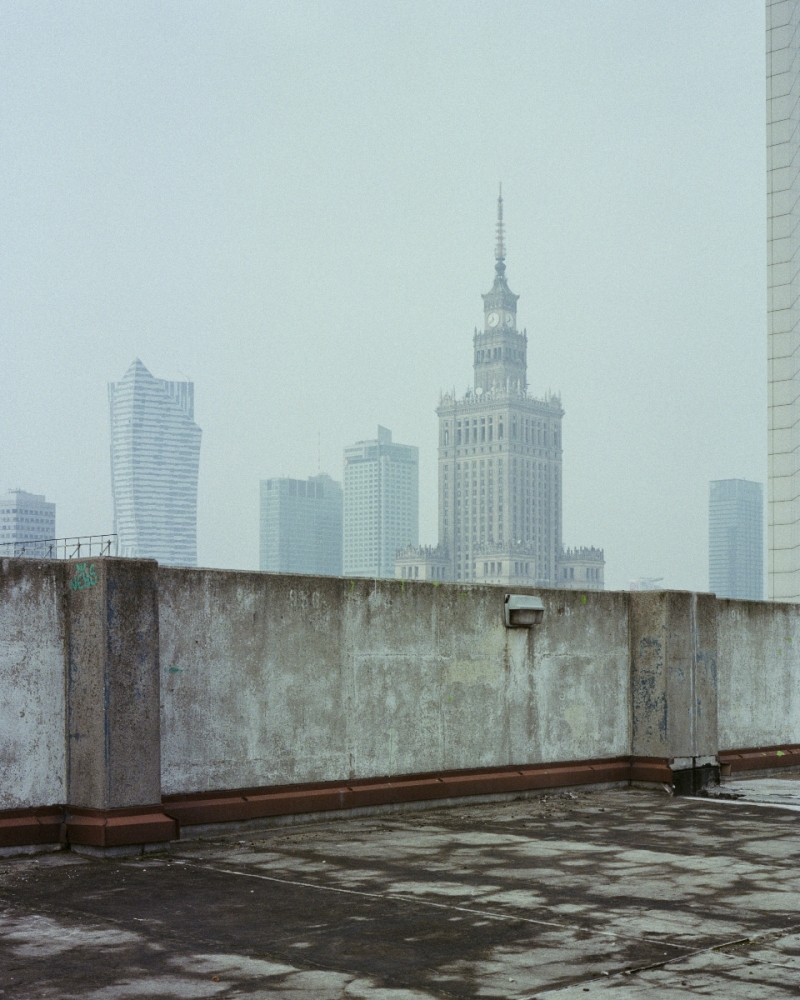 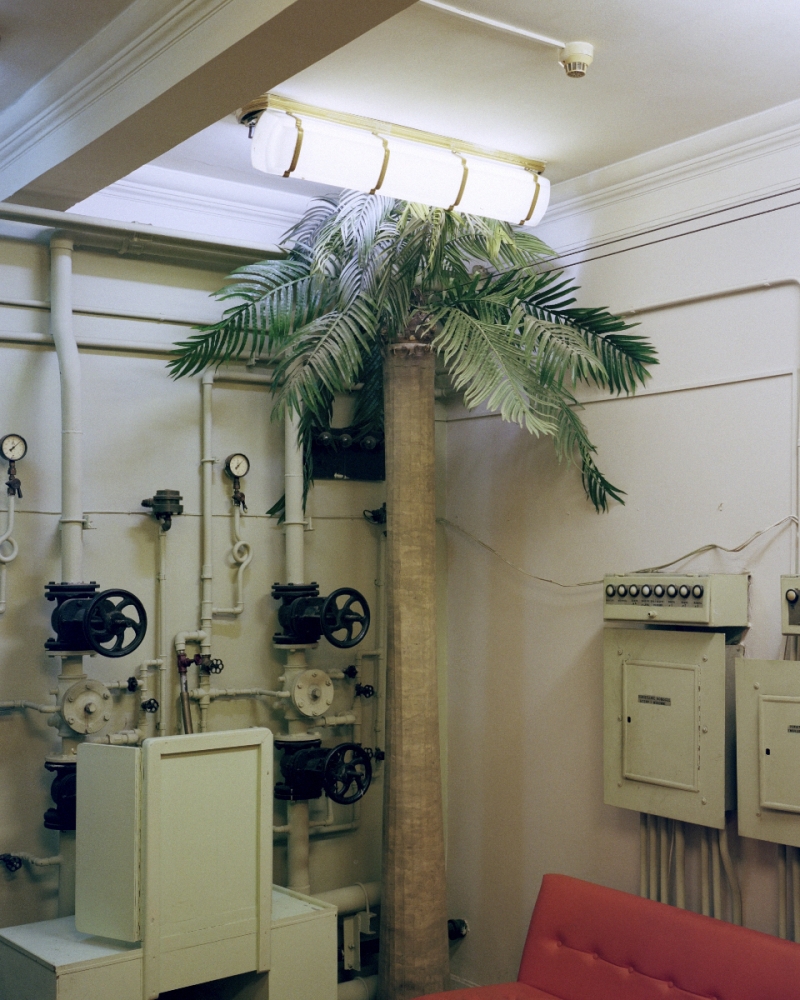 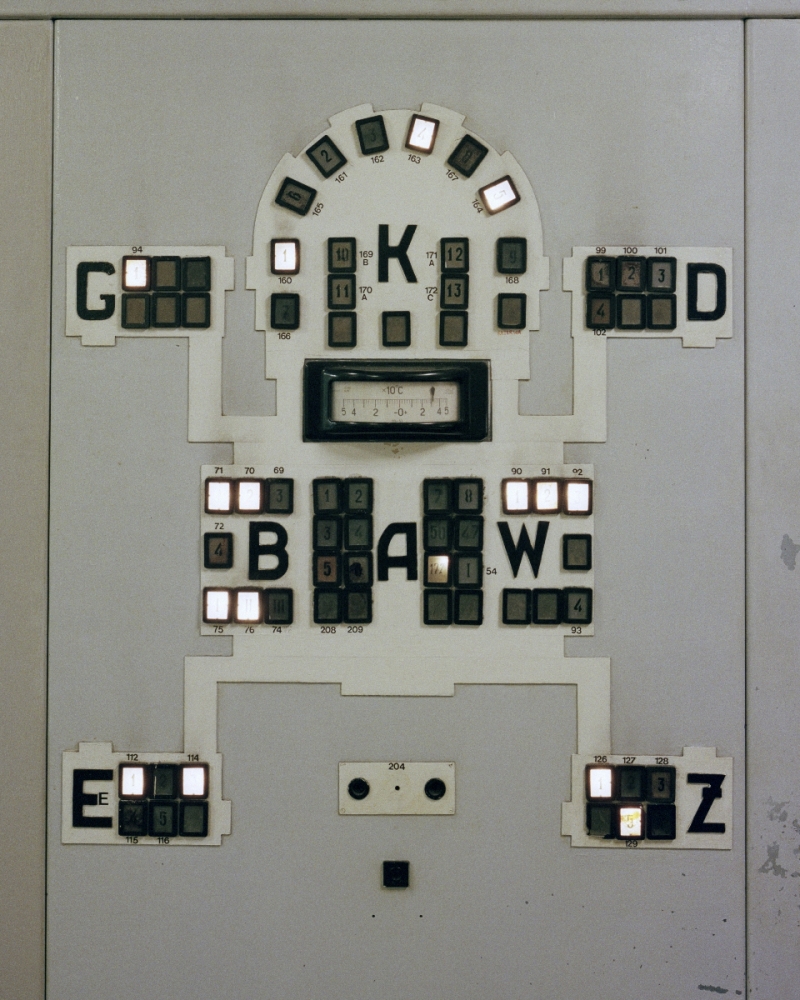 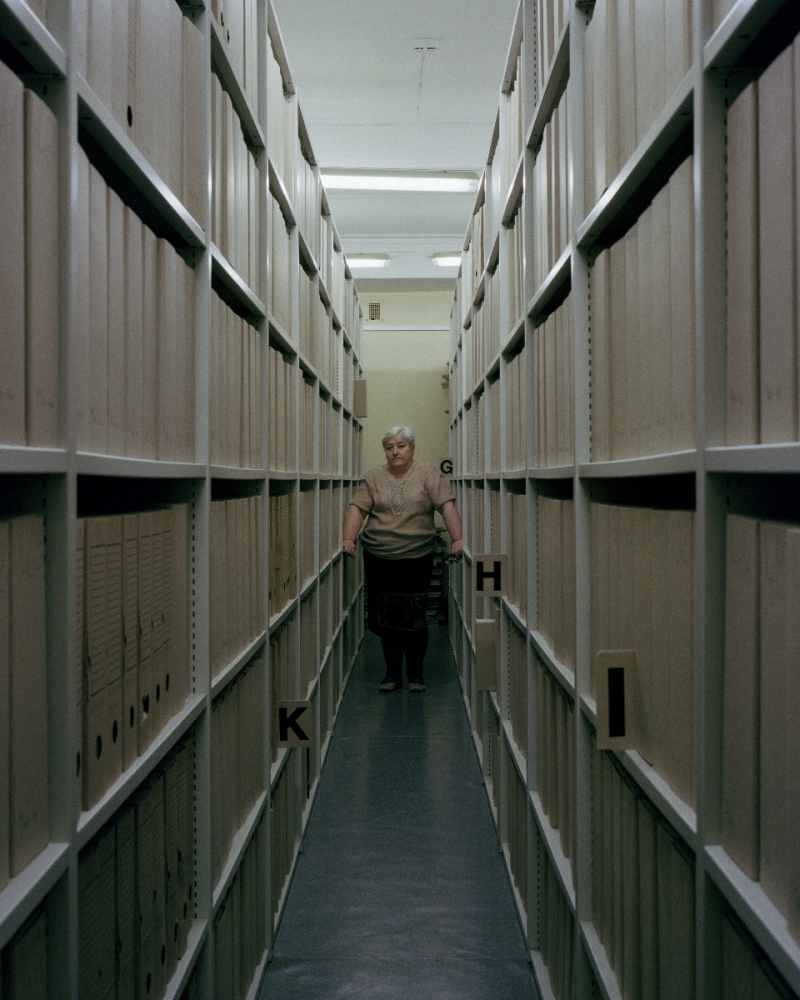 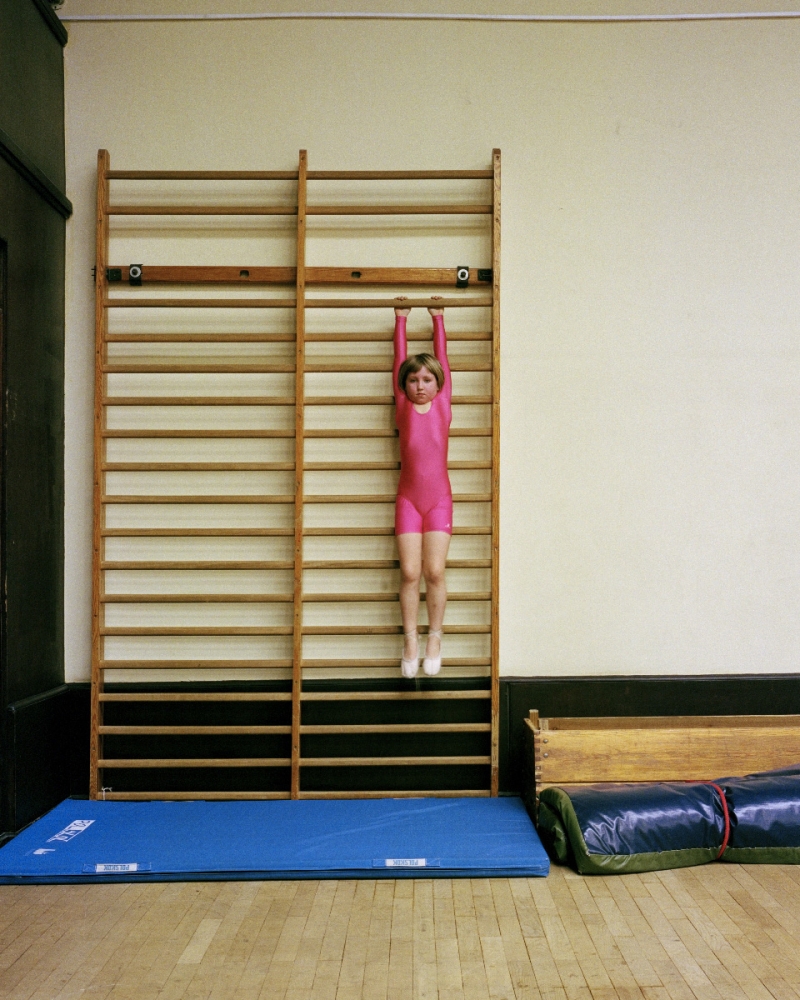 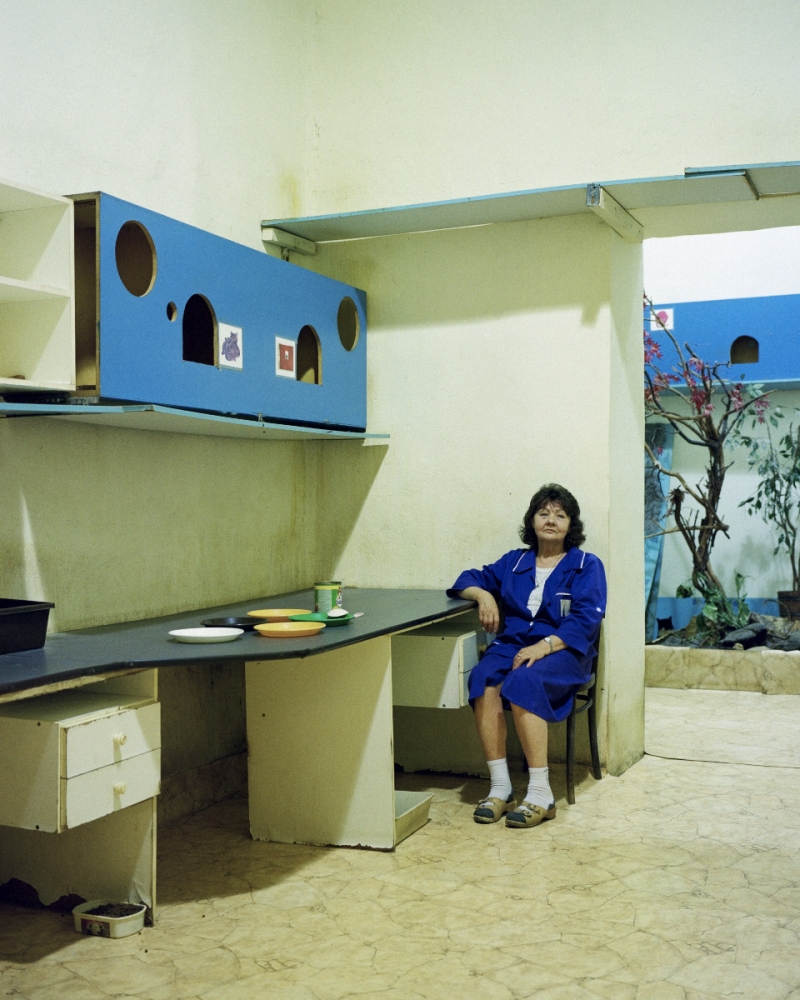 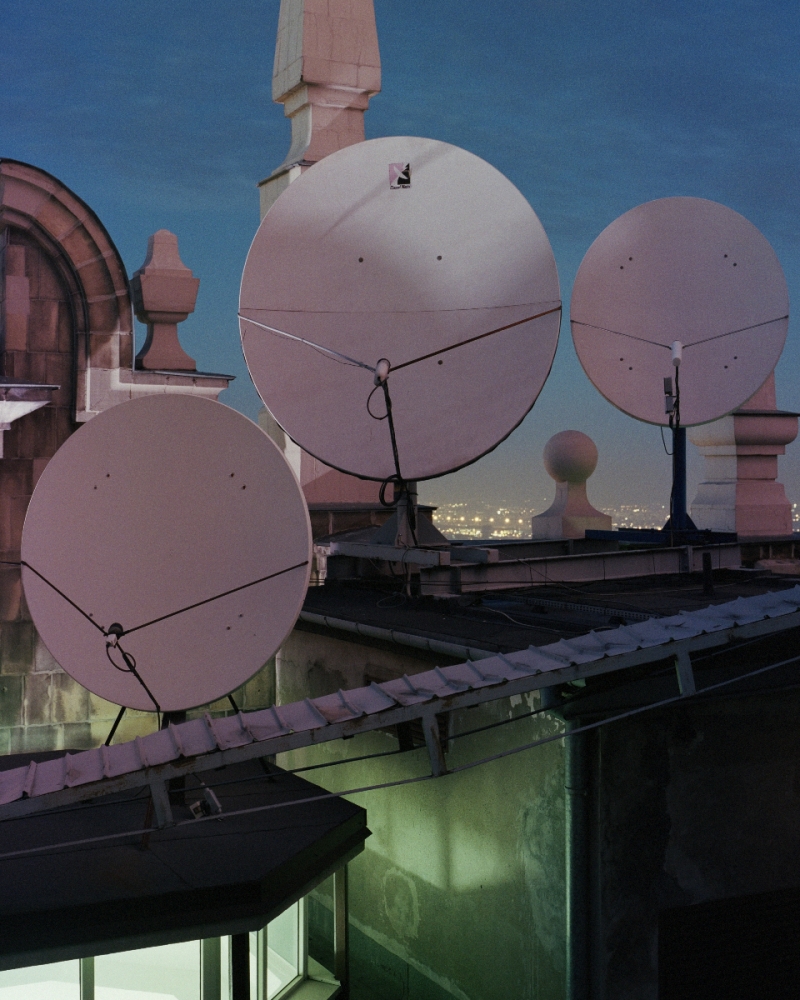 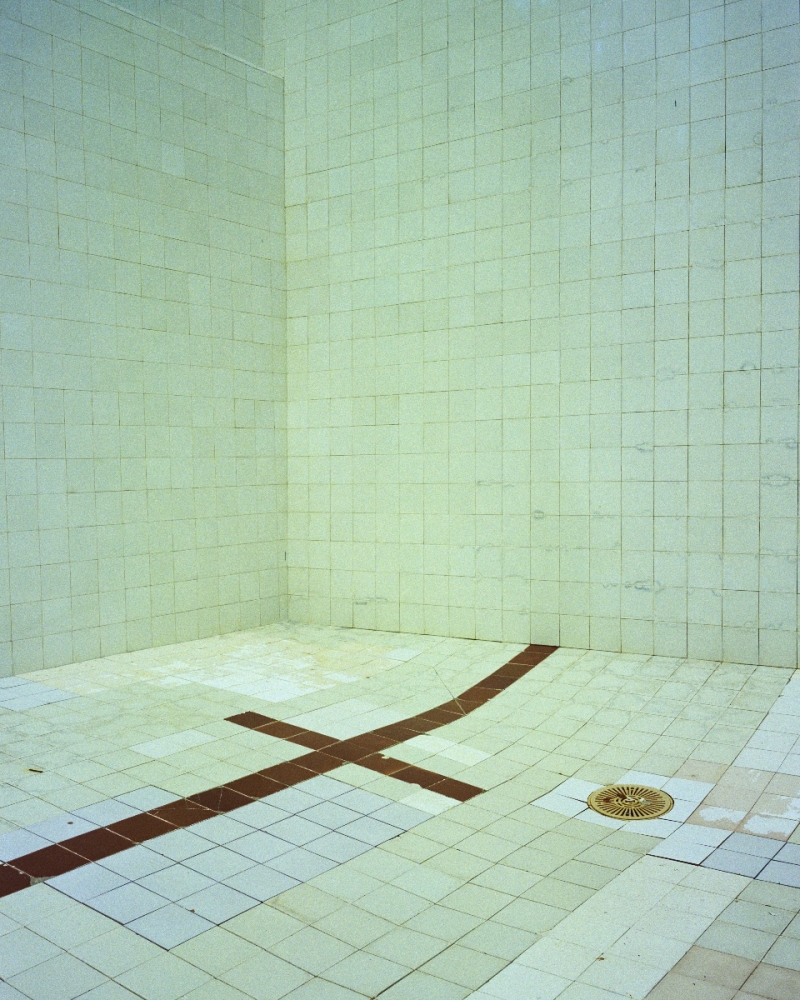 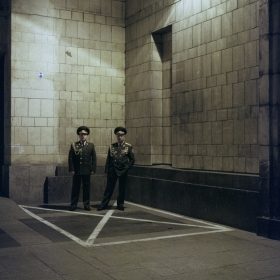 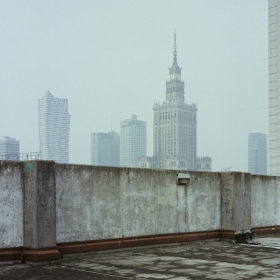 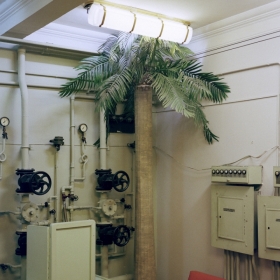 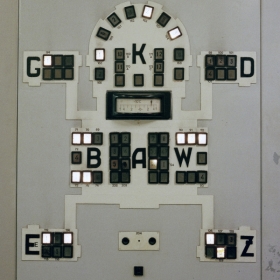 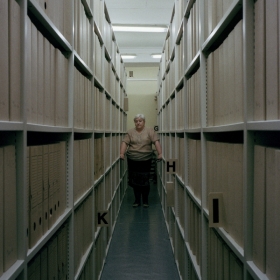 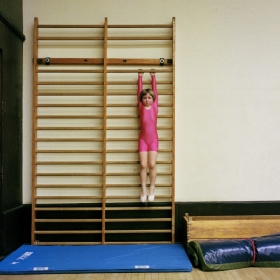 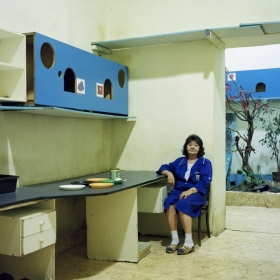 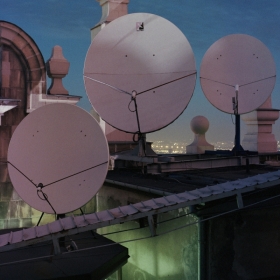 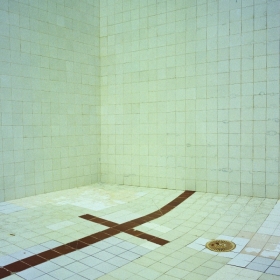 The Palace of Culture and Science in Warsaw – less and less a symbol of Stalinist domination, more and more an icon of the city. It evokes strong emotions all the while remaining largely unexplored, and as such a tad alien. At the time of planning, in 1952, the monumental structure was intended to transform the scale of Warsaw cityscape. The skyscrapers that now cluster to the west of the Palace compete with the building. Nonetheless, due to vast and empty parade grounds surrounding it, the Palace towers over Warsaw thus far unthreatened. After the collapse of the Soviet Union, the demolition of the Palace was repeatedly debated, although never seriously considered. In 2007 the building was finally listed.

The Palace was erected in the years 1952-55 by 3,500 Soviet builders on the bombed 19th century quarters in the city centre. The bulk of construction costs was covered by the Soviet government. Lev Rudnev, the Palace's chief designer, modelled the project on the Stalinist “Seven Sisters” skyscrapers in Moscow, themselves inspired by American architecture.

The Palace's function seemed to be of secondary importance at the time of planning. It was decided that rather than providing desperately needed housing, the building would serve a solely cultural purpose. The form was paramount. According to the then obligatory Stalinist doctrine of socialist realism, the building had to be "socialist in content, national in form”. In order to support the vague notion of the "national”, details were borrowed from historical monuments in various Polish towns. Controversial enough in the impoverished, war-weary country, the Palace interiors were fitted with elaborate glass and ceramic lamps, wood paneling and custom designed furniture by top Polish craftsmen.

The Palace houses three public theatres, the Technology Museum, the Evolution Museum and a cinema to name the most important venues. The Palace of Youth, which shares the northwestern wing with a swimming pool complete with a diving platform, offers a variety of highly popular and accessible extracurricular activities, like music classes, model making workshops, language courses, as well as sports and hobby clubs. Each year it boasts several thousand members aged between 6 and 19.

Parts of the building accessible to the general public often remain in stark contrast with the "backstage". The palace has a network of maintenance workshops, which are used to redecorate and repair anything. Many of the specialist have been working in the Palace for over 30 years.

About author:
I am a freelance photographer based in Warsaw, Poland. I graduated with a Masters degree from the department of Park, Recreation and Tourism at the University of Utah, U.S.A.. After graduation in 2008, I returned to Poland and I got involved with photography. My interests lie in documentary photography and I usually works on long-term projects that require time and dedication to the subject matter in order to portray it accurately. I work with the Anzenberger Agency.