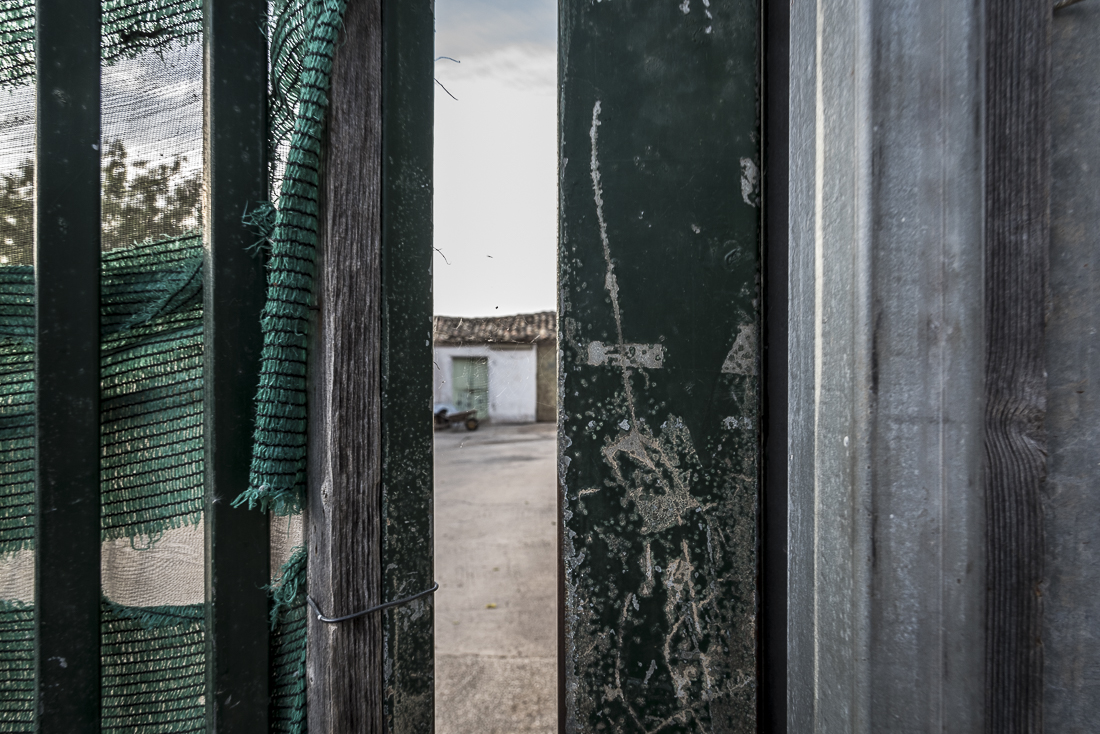 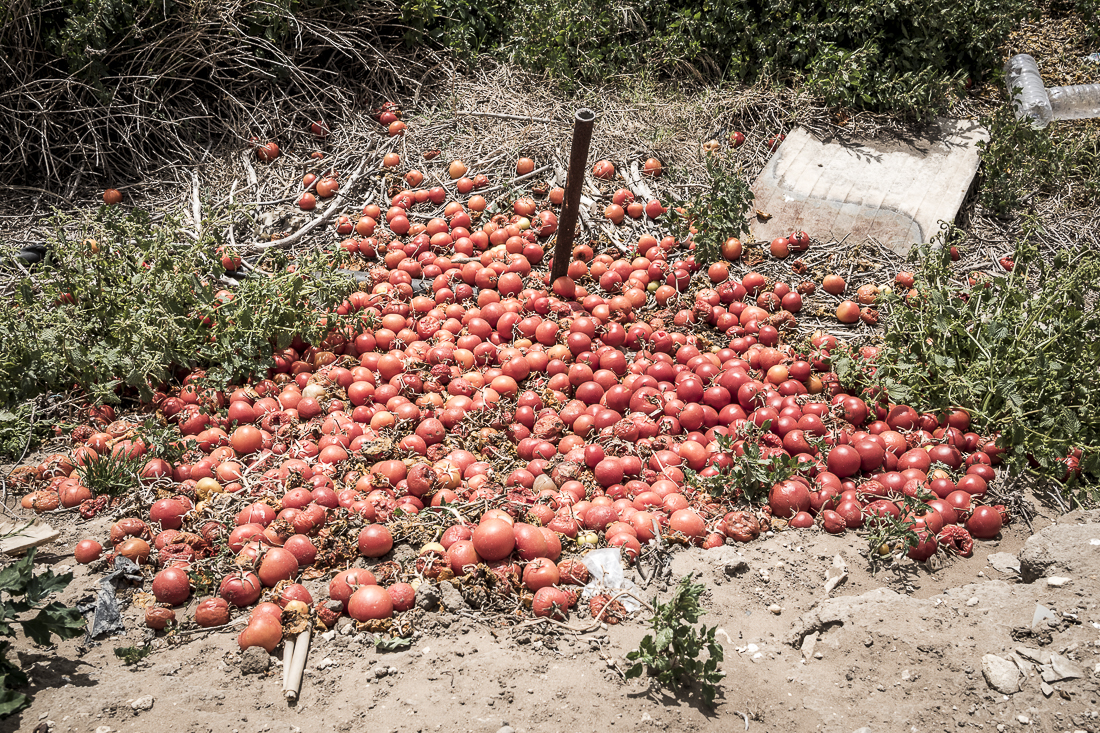 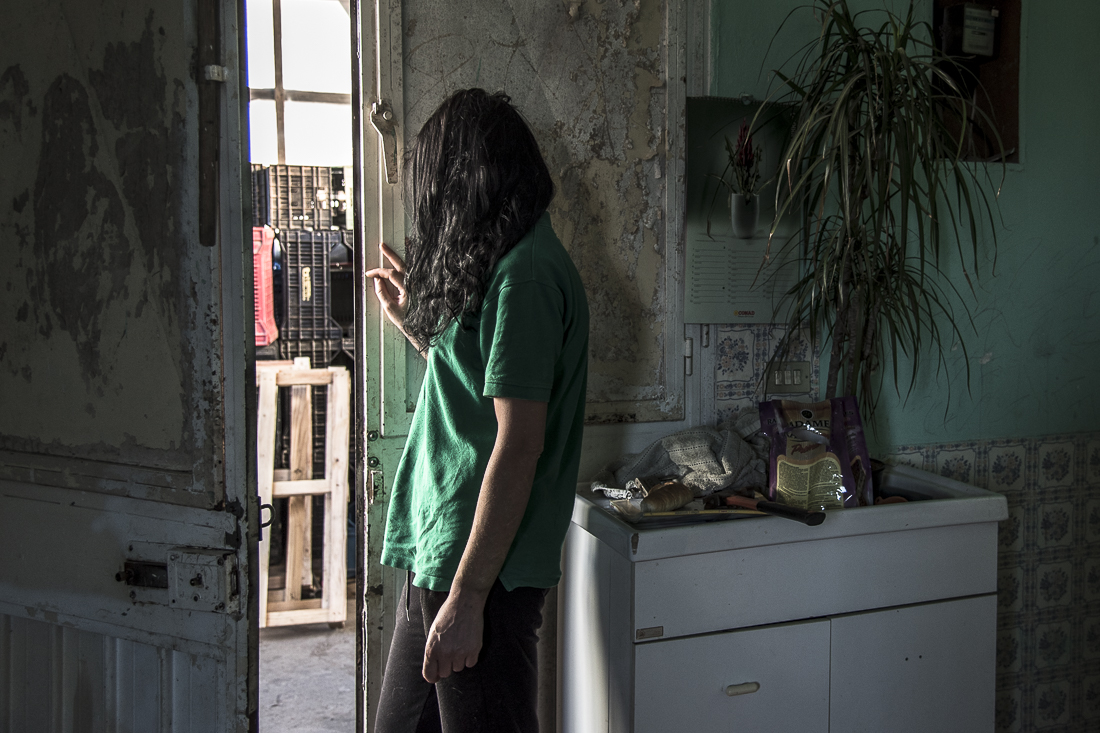 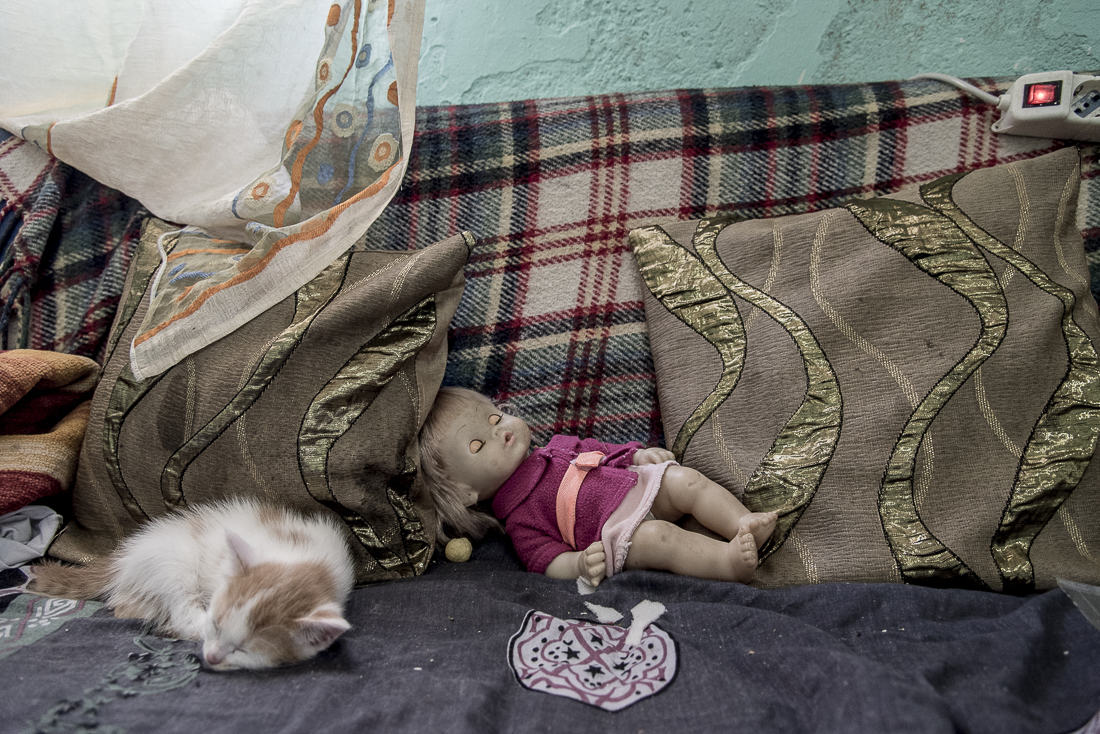 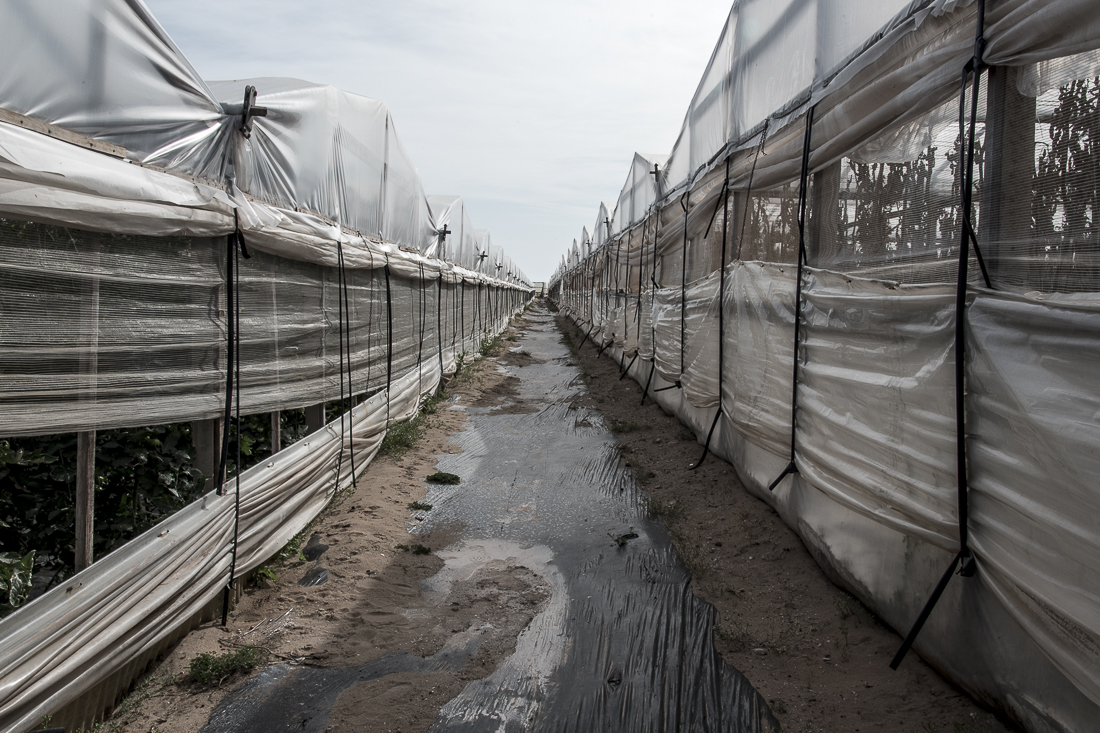 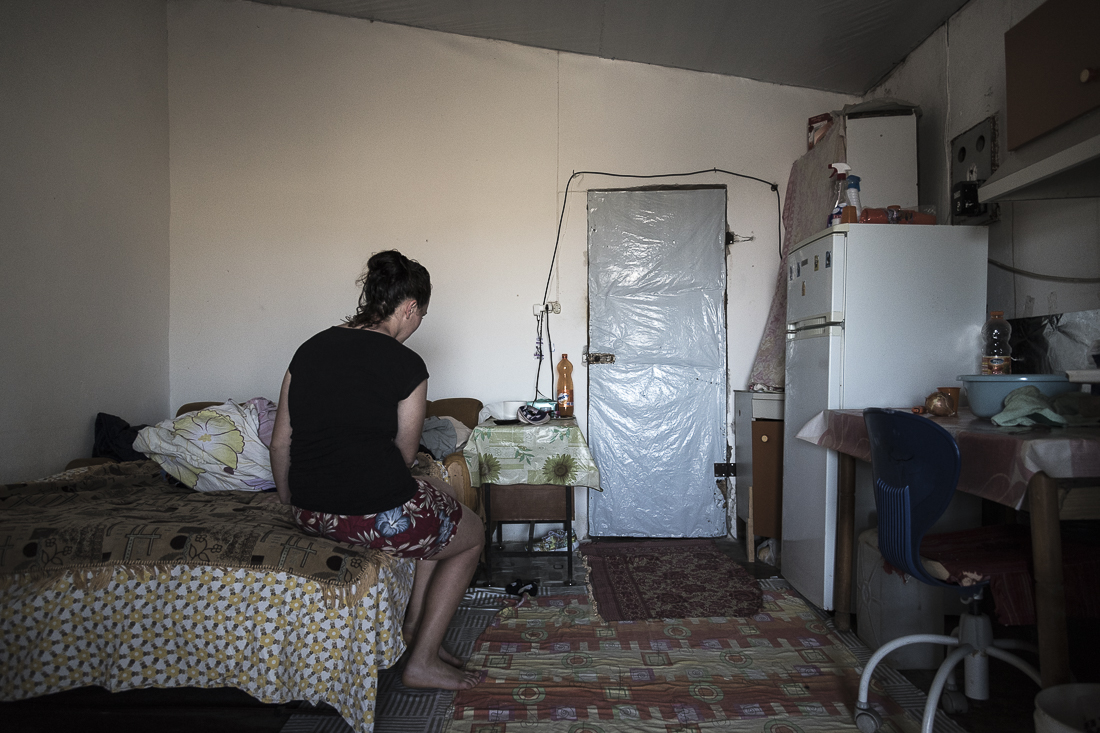 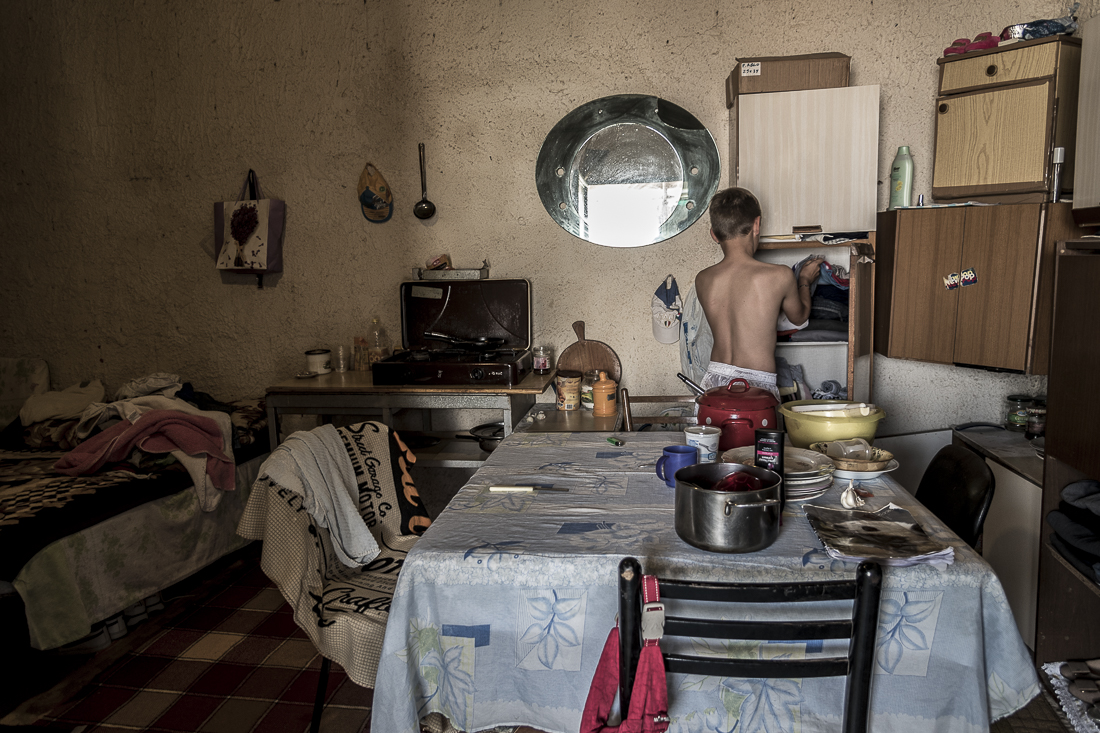 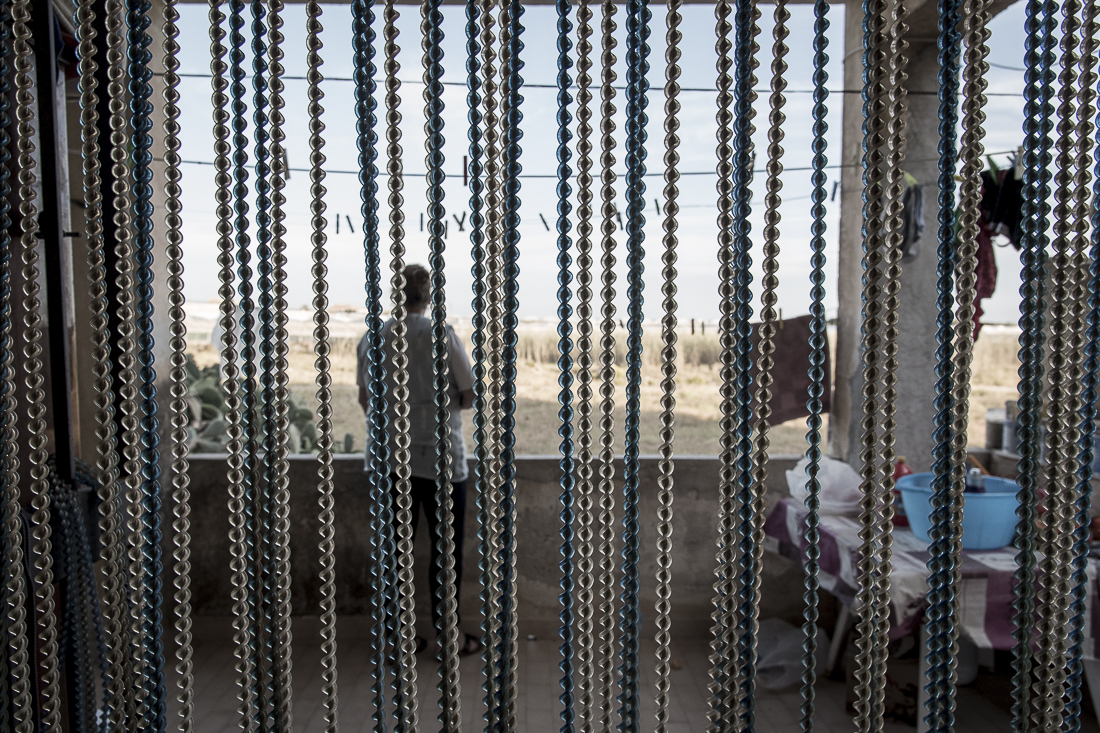 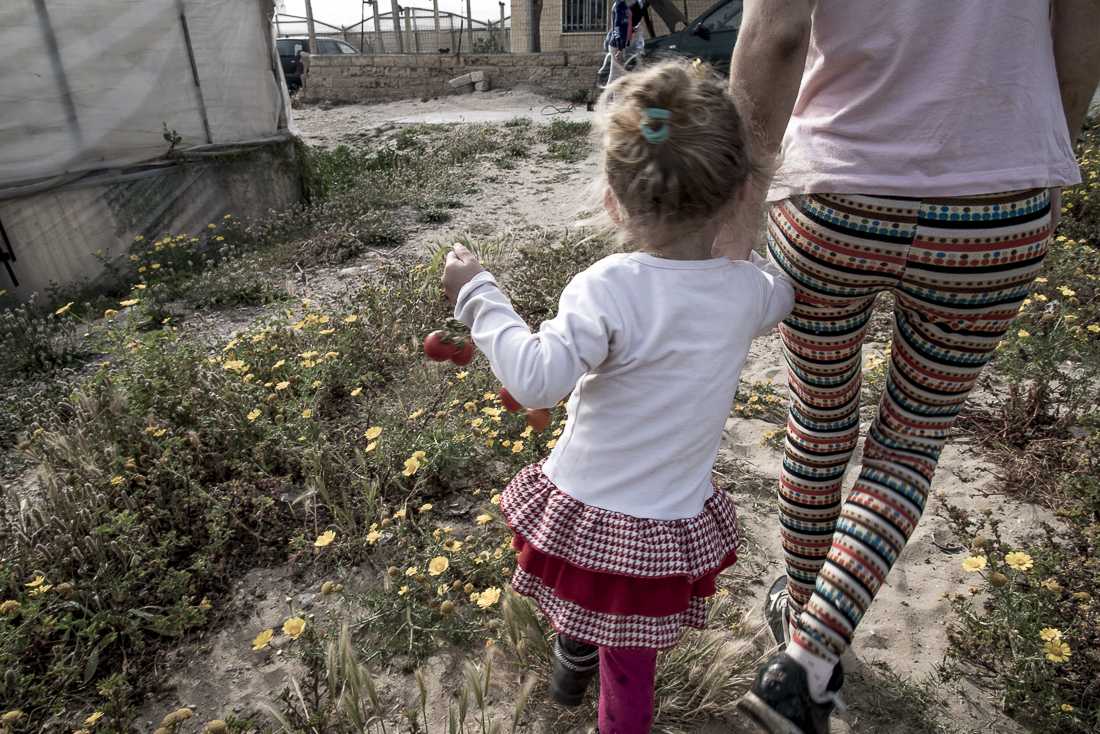 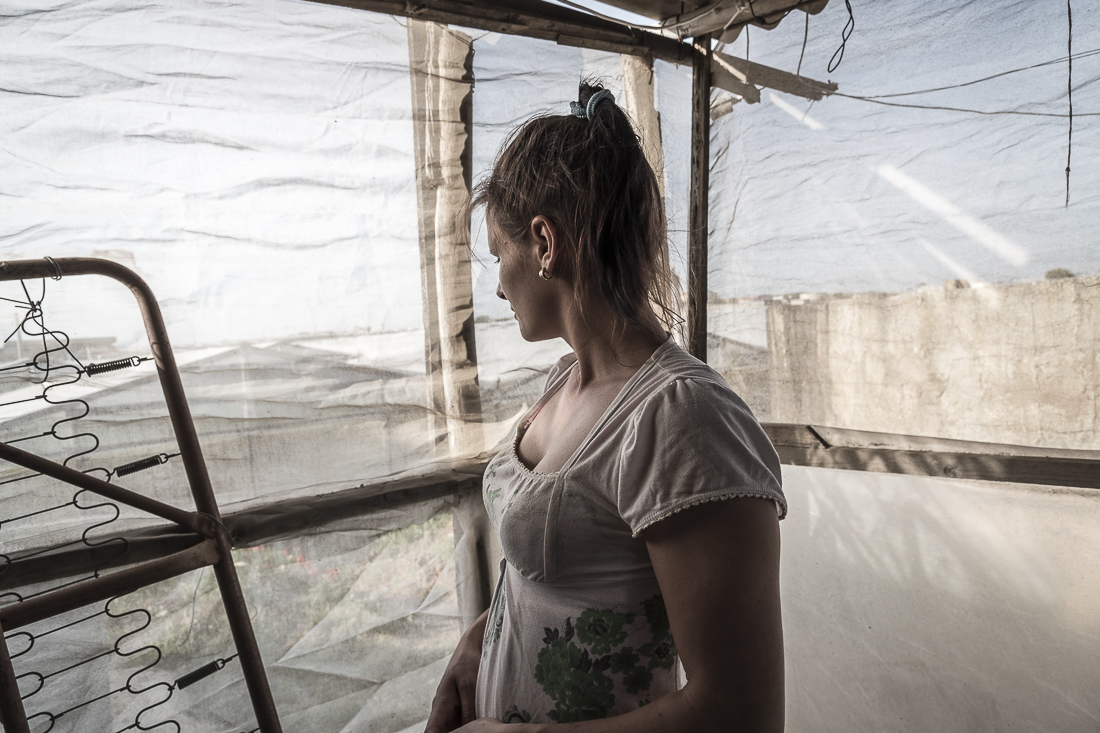 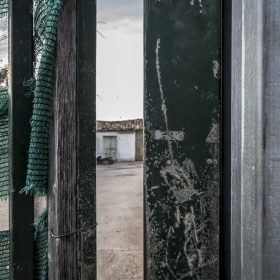 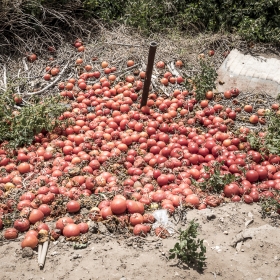 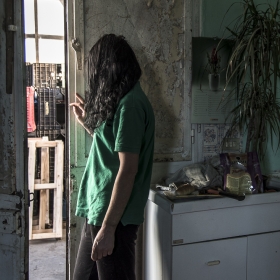 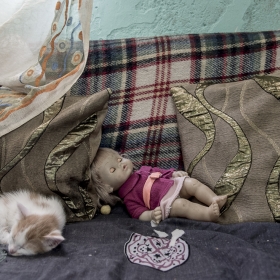 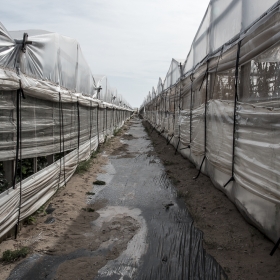 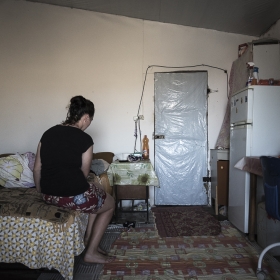 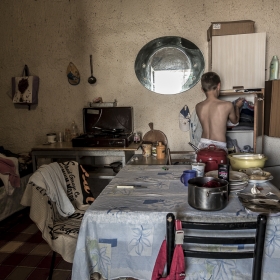 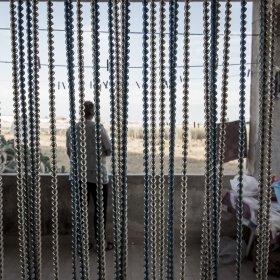 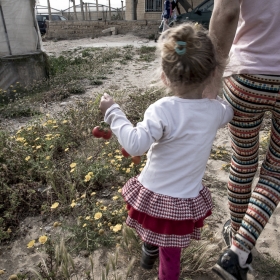 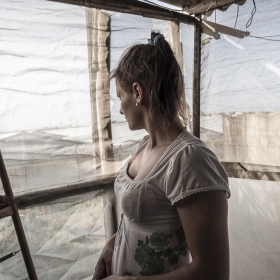 Immigrant female workers are sexually harassed and coerced in greenhouses and fields housing Italian vegetables, which are grown to be exported internationally. The Italian media have focused their attention on the exploitative conditions endured by the immigrant workers in the Italian greenhouses but haven't considered enough the gender issues, mostly because sexual harassment at work is not yet a deeply understood issue in Italy (more that 99% of sexual harassment, blackmail, and even rape at work go unreported). Last April I went to Sicily, to the area of Vittoria (close to Ragusa), where there are 5,000 workers from Romania and where I met, in 10 days, 35 Romanian women and men. All the women have dealt with, or know someone close to them who has dealt with, sexual harassment and each told me that they know that this crime happens “in seven out of ten greenhouses”. They are routinely paid less per day than their male counterparts for the same work. Inside the greenhouses, deep in the countryside, often surrounded by walls and barbed wire, female migrant workers are asked for sex in order to keep their jobs. This practice of coercion has been denounced by trade unions, human rights associations, priests and researchers in Italy, but nothing has changed. Reporting sexual harassment to the police is most often unsuccessful because women are not believed. The police often side with bosses. Moreover, it is frequently said that the sexual coercion the women experience is not abuse because they “like it”. Despite their difficult situation, the women deploy tactics of everyday resistance, for example avoiding being alone with the bosses, screaming or simply telling them to go away. The problem is that in rebelling, they risk being fired. Due to the economic crisis and the high migration levels causing an influx of workforce, this kind of exploitation is going to increase. The cases of rape are going to increase in parallel if no-one does anything. No-one did anything for Elena (photo 3). I use a pseudonym according to her request), a woman I met when I was in Sicily, who told me her story of violence. “I lived in a shack far away from Vittoria town center. My former boss raped me many times. I was abused in the night. He used to show me a gun. If I refused to have sex with him, he wouldn’t give me drinking water for my children and they would have to drink water containing herbicides. One day, helped by a friend, I quit. I reported everything to the authorities, but no action was taken against my former boss and he is still free.” The women I met deploy tactics of everyday resistance. “When I was with my former boss I avoided to stay alone with him and I didn't answer to his flattery” says Tulipa (photo 10). Doria laughs (photo 8): “They are pervert. I was in the shower once and my old boss dropped in it and tried to touch me. I screamed and shoo him. That night I was fired”. In the pictures women don't show their faces and their names have been changed. They decided to tell their stories and to be photographed to break the wall of silence, but they understandably don't want to lose their jobs and risk reprisals.
Reprisals were done to Teodor and his families (photo 7). He is the eldest of four sons. They don't go to school. Six people live in a one-room warehouse. The bathroom is outside. A week after my visit, the family was sent away. The shack owner told them it was because of the lack of work, but the caseworker who put me in touch with the family said the reason could be that someone had seen them speaking with a journalist.

About author:
I covered gender, social and environmental topics, as well as foreign affairs, as freelance journalist and photographer. I reported from Ethiopia, Morocco, Spain, Albania, India, Greece, Portugal and Italy, for both national and international publications such as Al Jazeera, Vice, El País, Open Society Foundations, Correctiv, the Swiss magazine Azione, RSI (Radiotelevisione Svizzera), Pagina99, Gli Stati Generali, Elle Italy, Elle Hungary, Vanity Fair, Rolling Stone, Il Corriere del Ticino, Il Fatto Quotidiano.it. For the photojournalist project “The Other Half of The Farmland” (among the best articles of the 2016 for VICE News Italia), about the coercion, blackmail and rape of female workers in Italian greenhouses, I won The Pollination Project Grant, the Volkart Stiftung Grant, I crowdfunded with Correctiv, received honorable mentions by Moscow International Photo Awards, International Photography Awards, Neutral Density Awards, Photogrvphy Festival, Tokyo International Photo Awards, and named as one of the finalists for the LuganoPhotoDays Festival 2016. My project “The Consequences”, about "femicides" in Italy, received Bronze Star Award by ND Awards (Neutral Density Awards) and was a finalist at Shoot The Face. From 2011 until 2014 she studied gender issues in Sweden, Norway and United States.