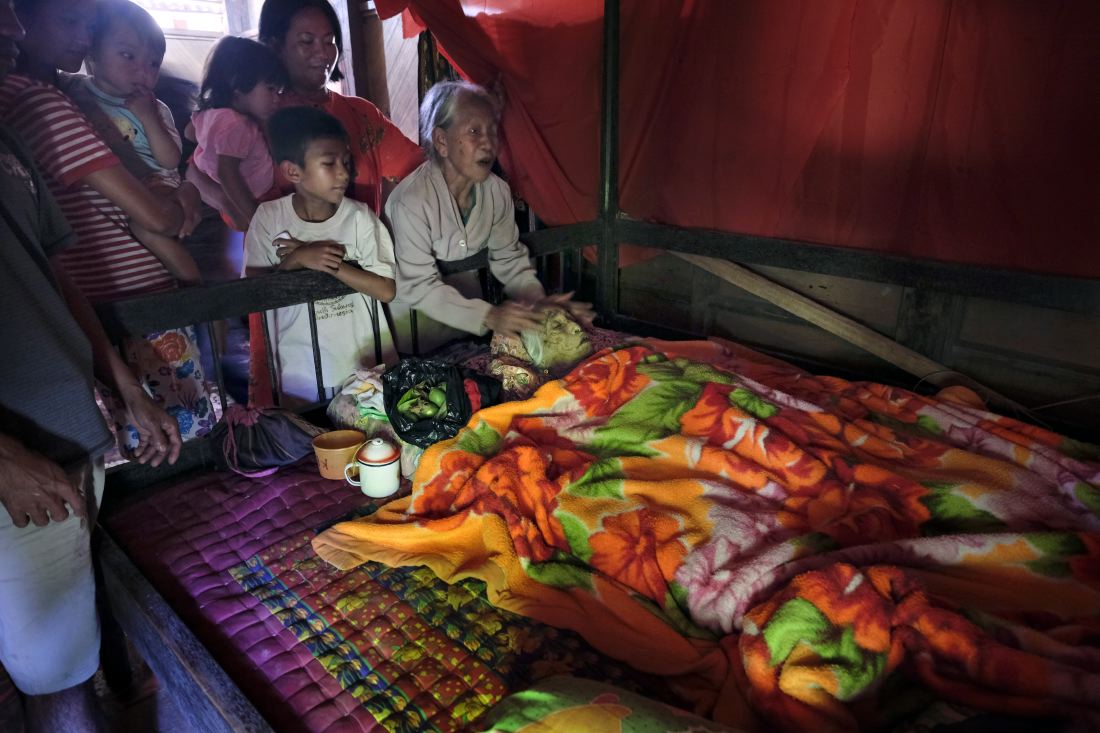 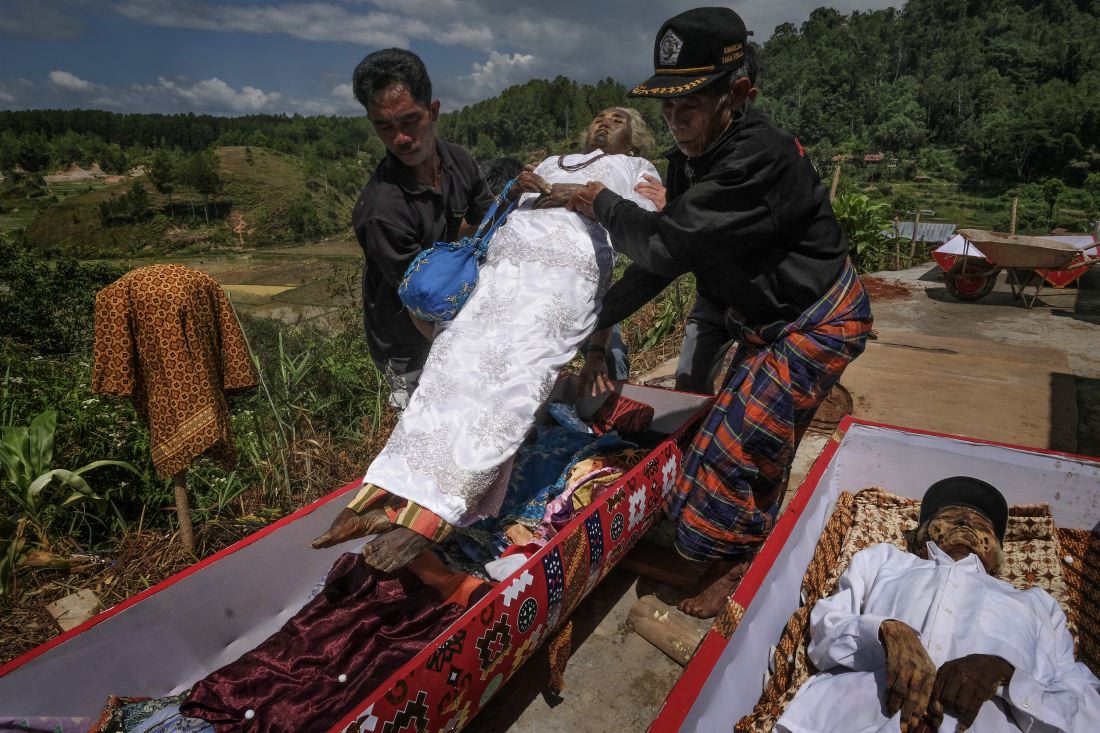 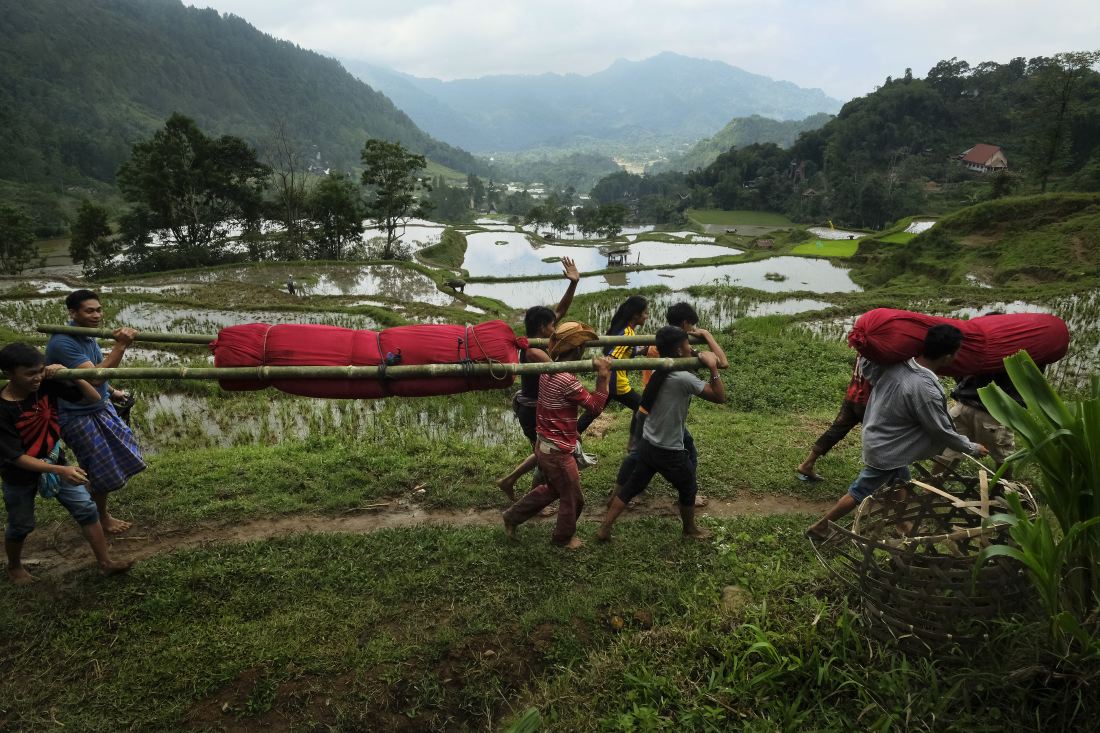 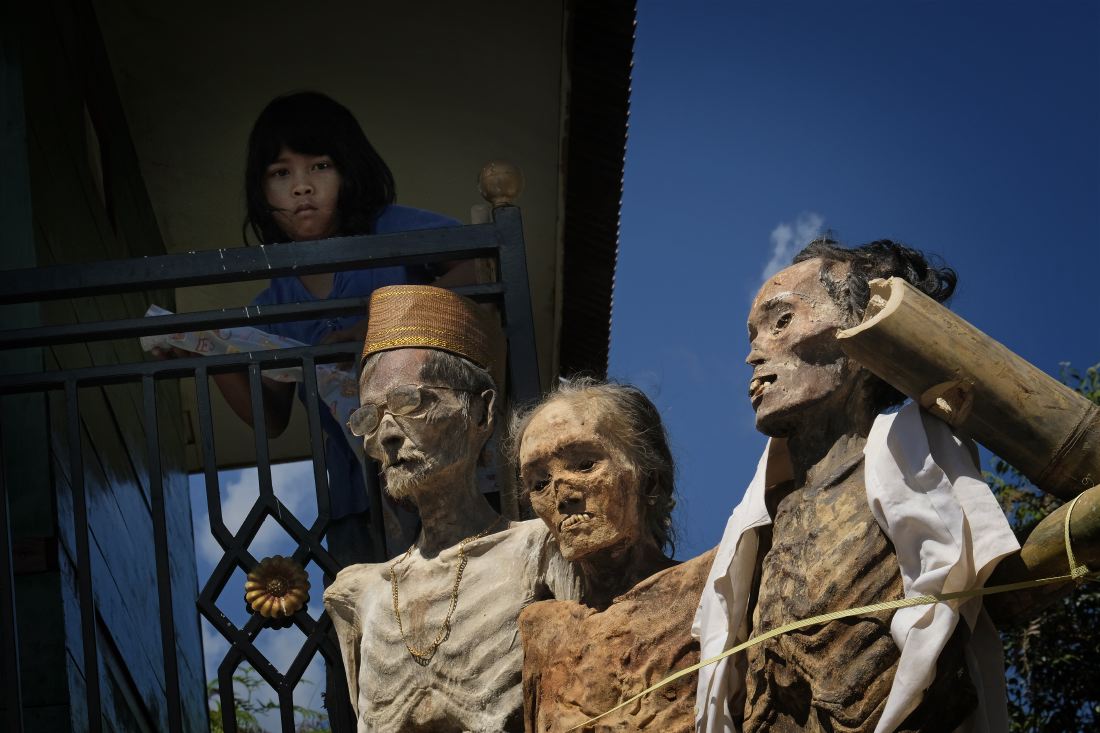 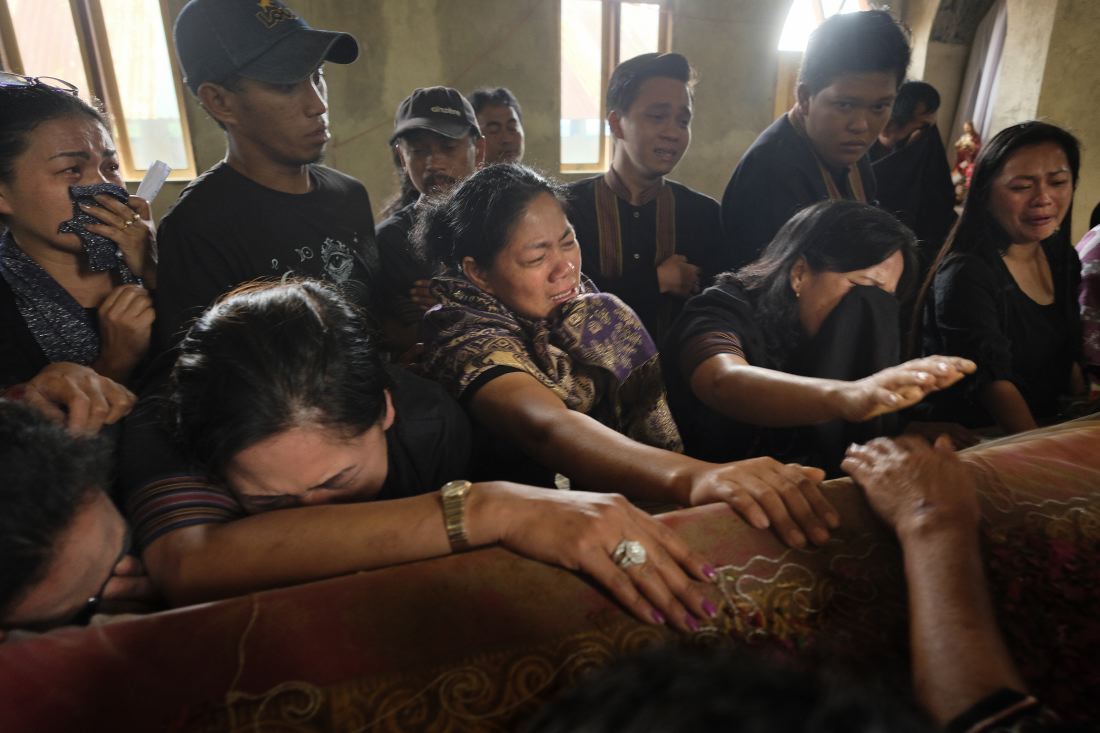 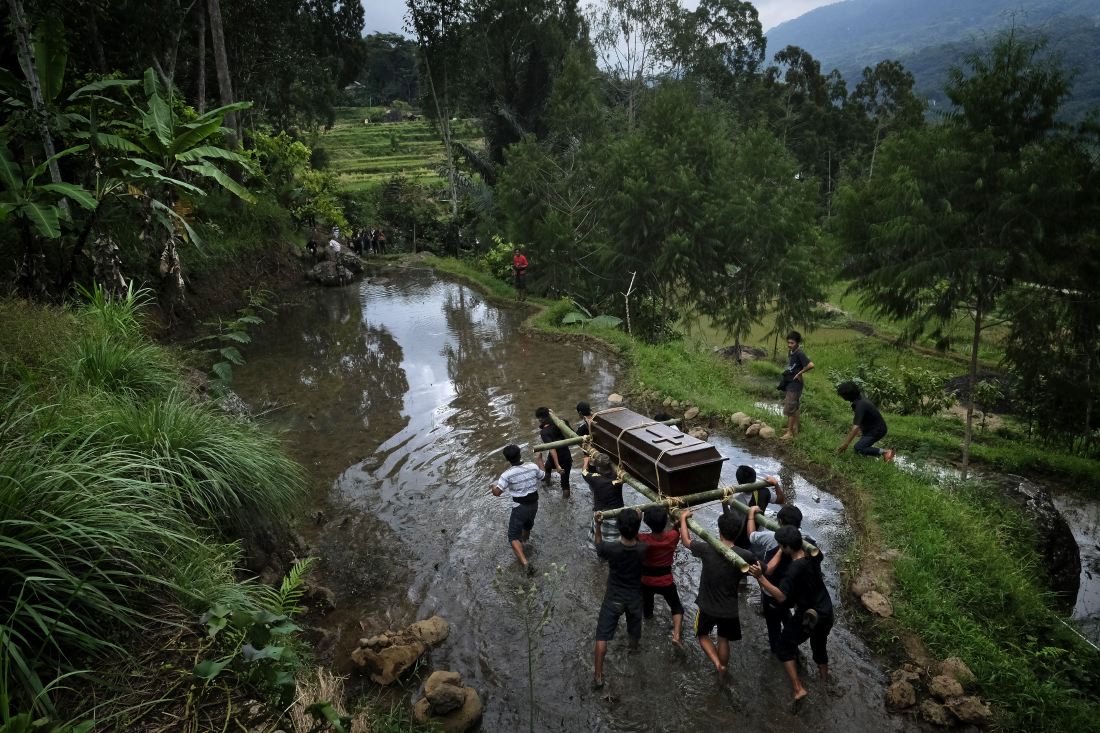 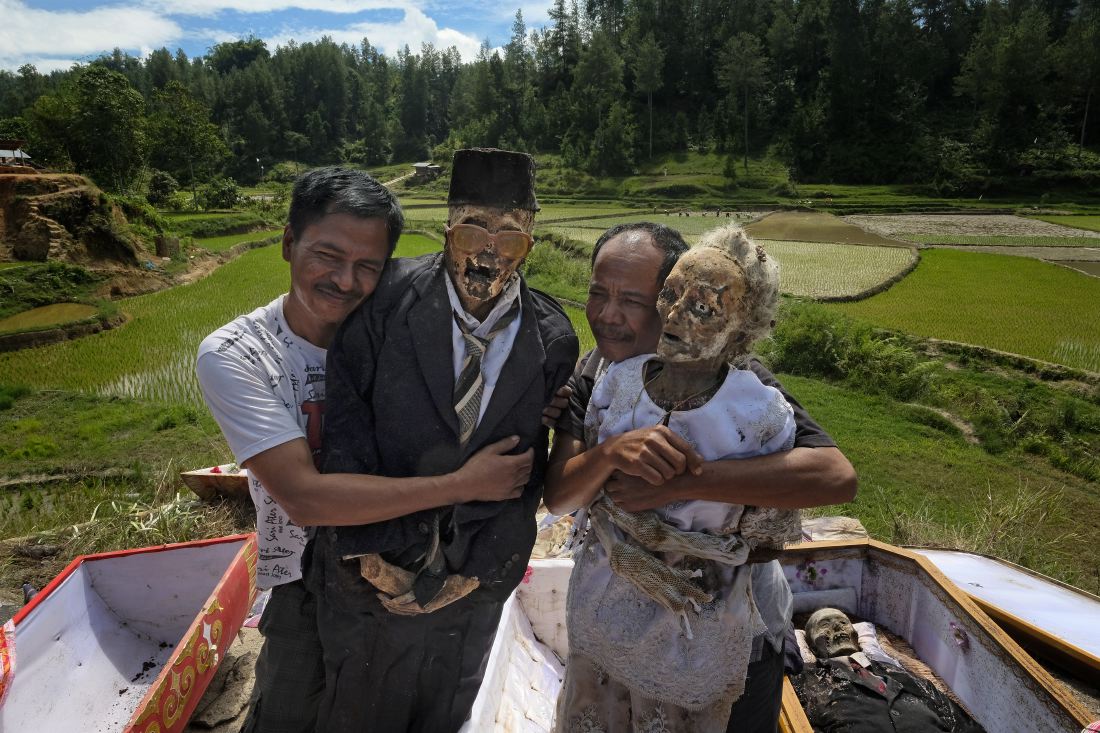 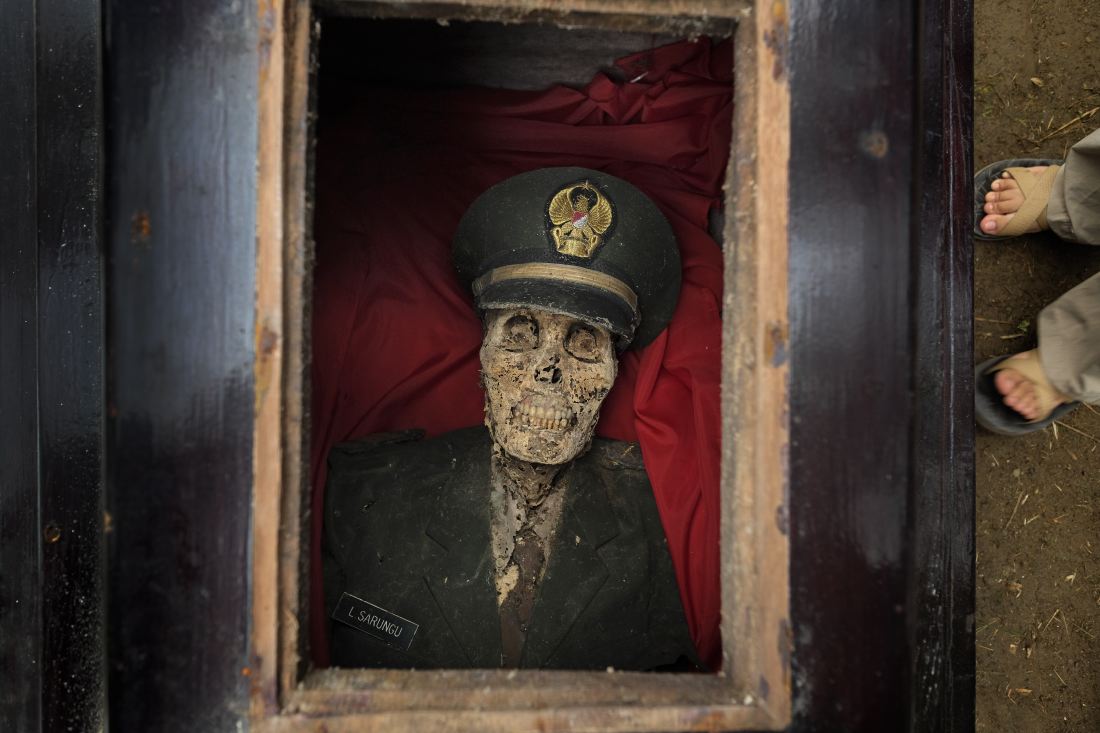 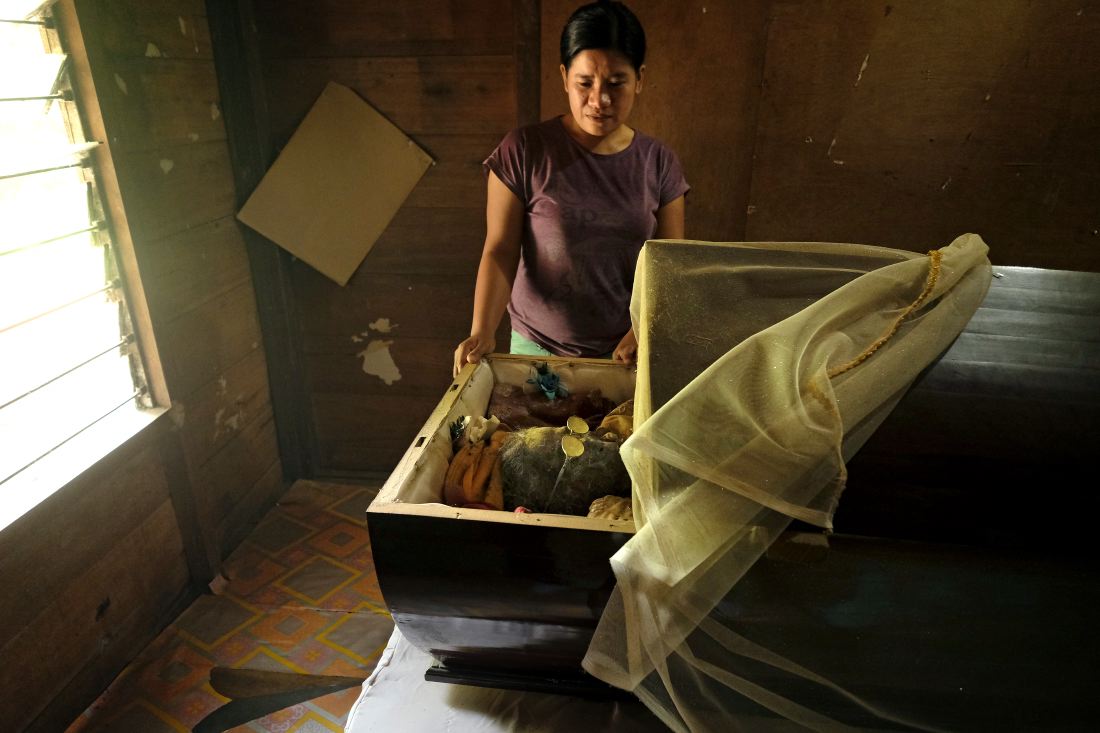 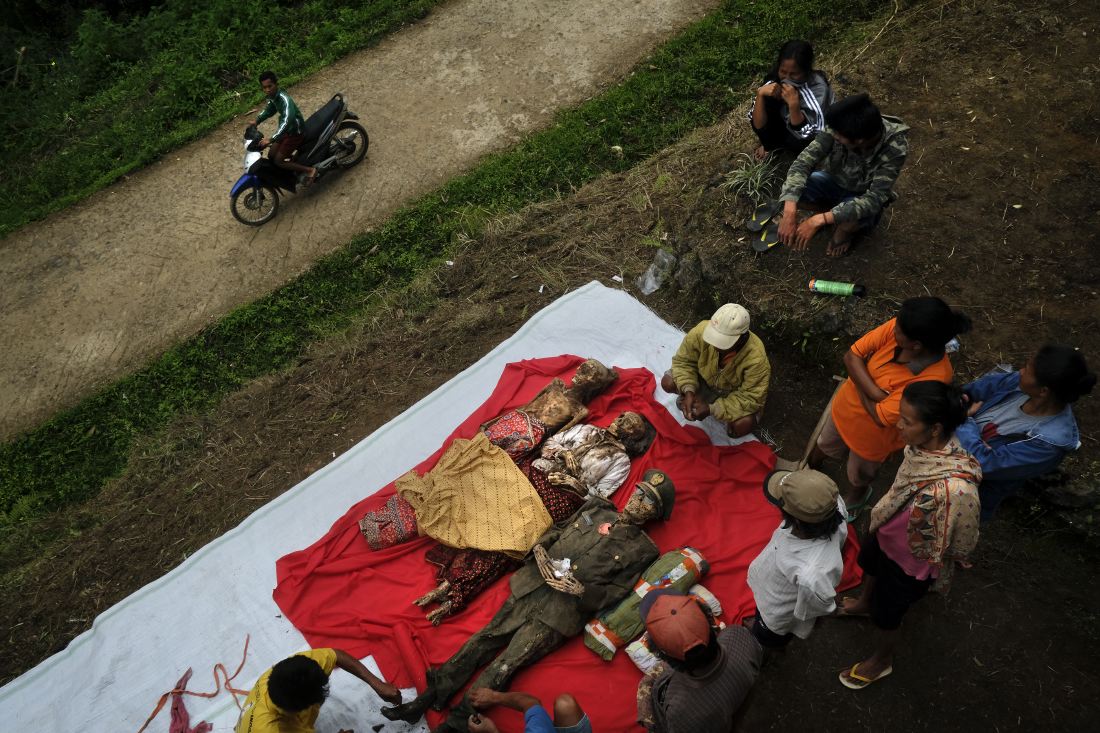 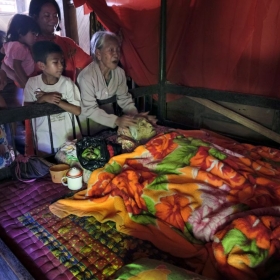 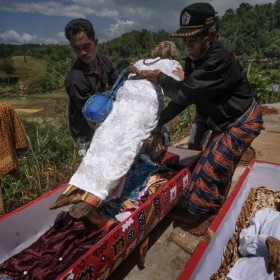 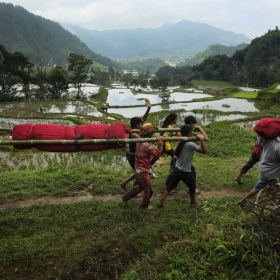 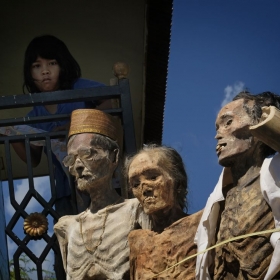 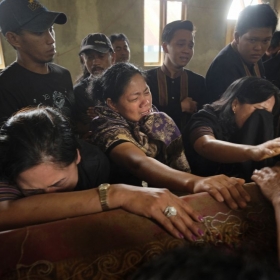 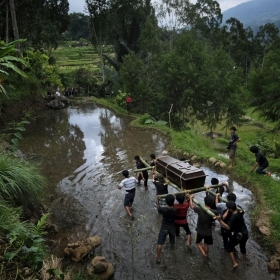 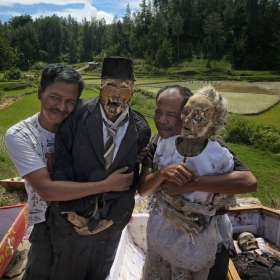 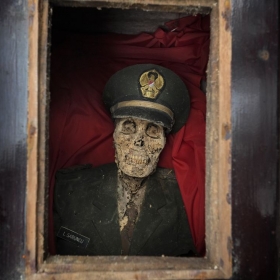 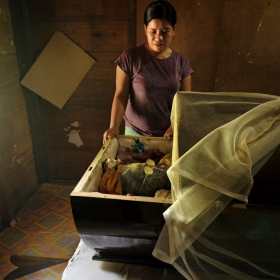 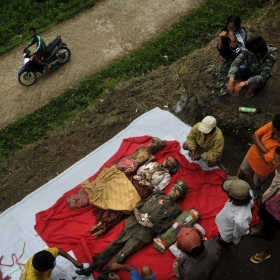 Alain Schroeder
Living for death
Share
Support this photographer - share this work on Facebook.
In Toraja, the rituals associated with death are complex, require extensive planning and are expensive. Therefore, when a person dies, it can take weeks, months even years for the family to organize the funeral.  During this time, the deceased is considered to be "sick" and kept at home. Relatives continue to interact with them offering gifts of cigarettes and betel leaves, drinking coffee, having meals by their side and conversing with them. While, it remains a sad time, the transition from life to death is a slow and peaceful process strengthening family bonds. Depending on the family, the body may be kept uncovered, bundled in layers of cloth or in a coffin.

The funeral ceremony, Rambu Solo, lasts 3 to 7 or more days according to the social status of the family and includes, traditional dances and processions for receiving guests, buffalo and coq fighting, animal sacrifice and large feasts.

In the region of Pangala, the Ma' Nene, or cleaning of the corpses, ceremony takes place in August after the rice harvest. Coffins are removed from their burial sites and opened. The mummies are cleaned, dried in the sun and given a change of clothes. Expressions of sadness are mixed with the overall happy atmosphere surrounding these moments of bonding with loved ones and honoring ancestors.

He has won many international awards including a Japan Nikon Award 2017 for the Rohingya series, the TPOTY Travel Photographer of the Year Award 2017 with the series Living for Death and the series Kushti, and 1st prize at World Press Photo 2018 for the series Kid Jockeys in the category Sports Stories,… and participated in numerous exhibitions worldwide.

He is represented in Belgium by Reporters and in France by the photo agency HEMIS. His website is https://alainschroeder.myportfolio.com and Instagram; alainschroeder