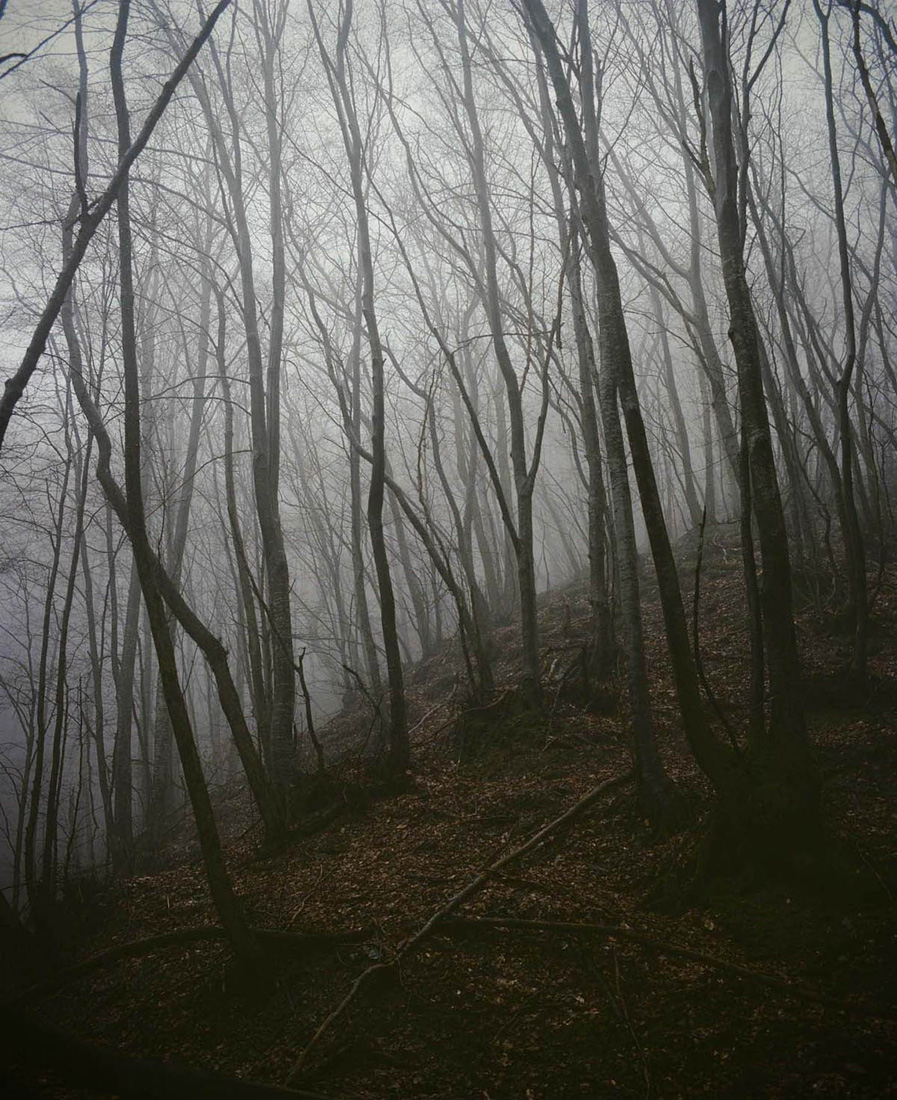 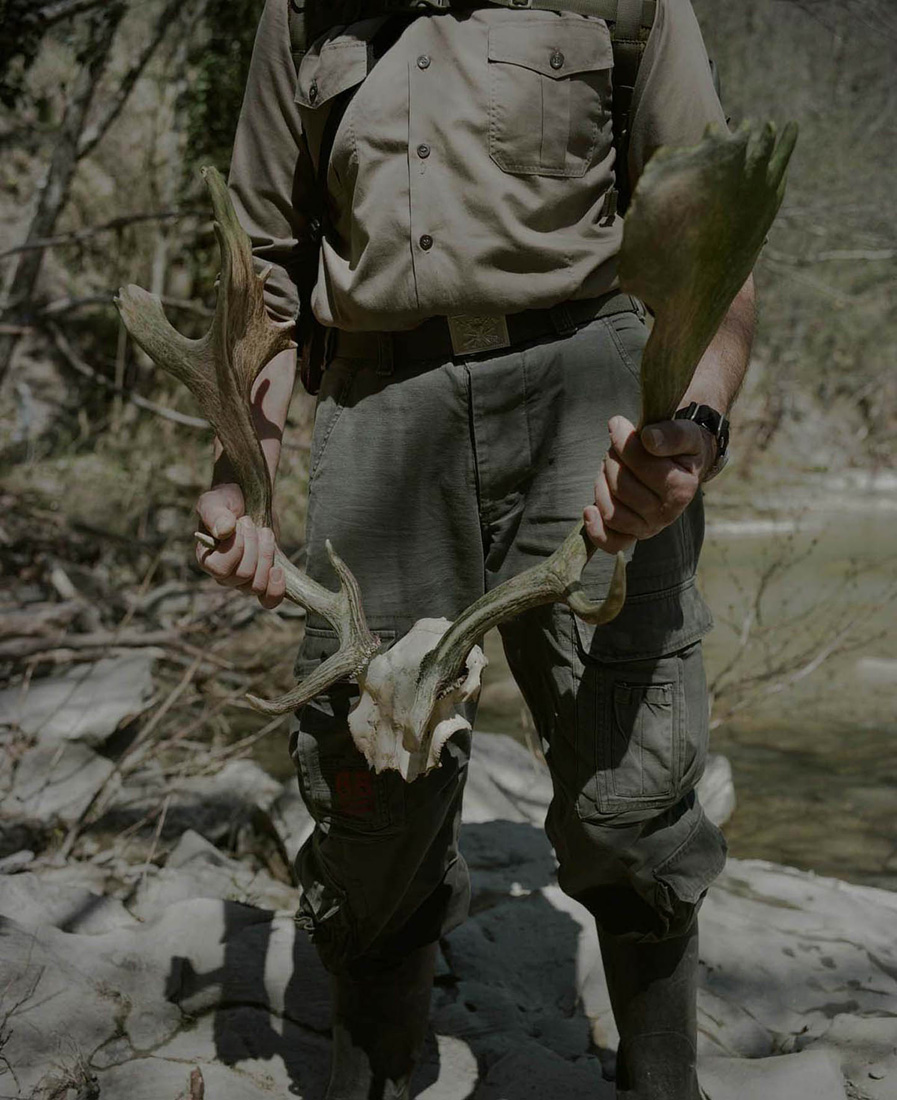 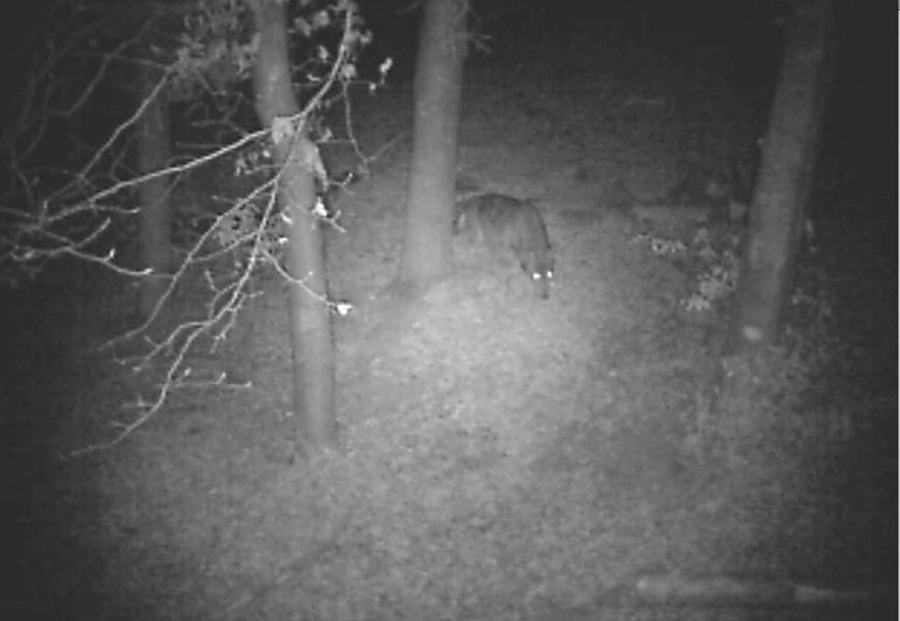 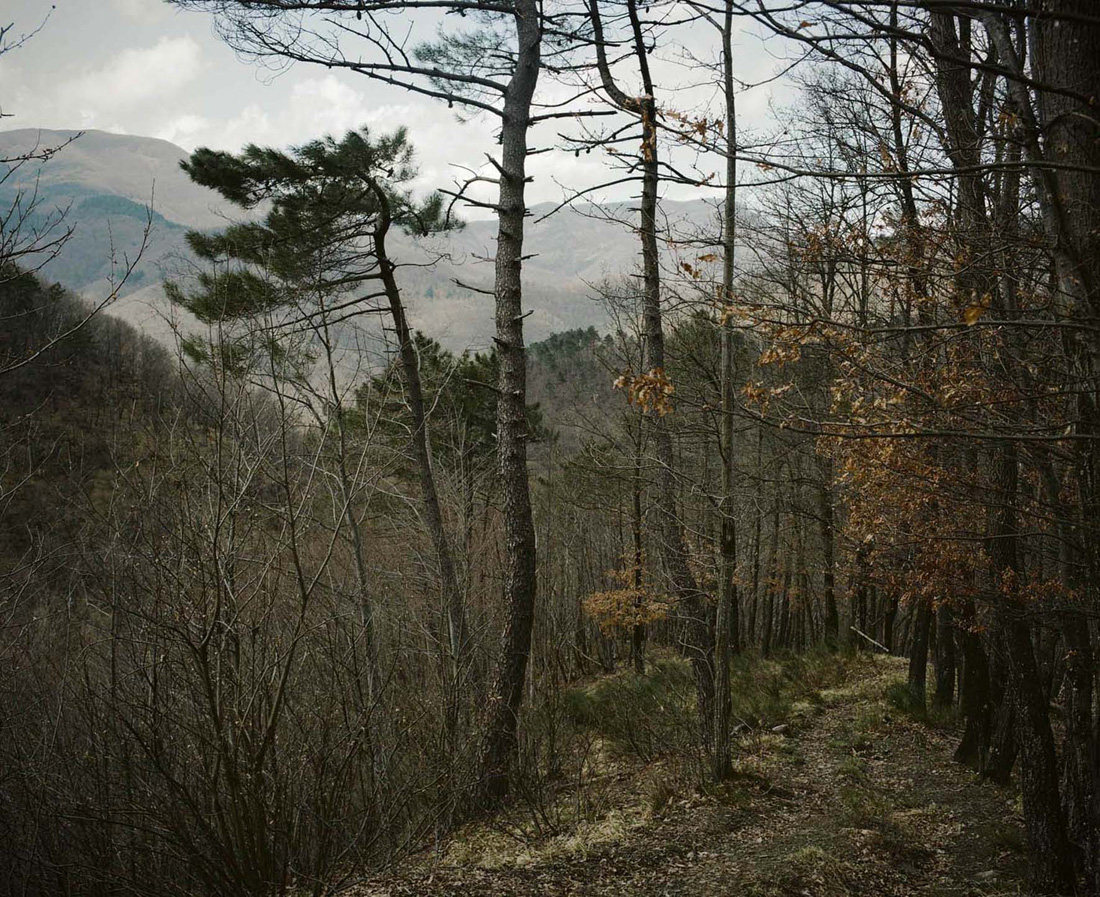 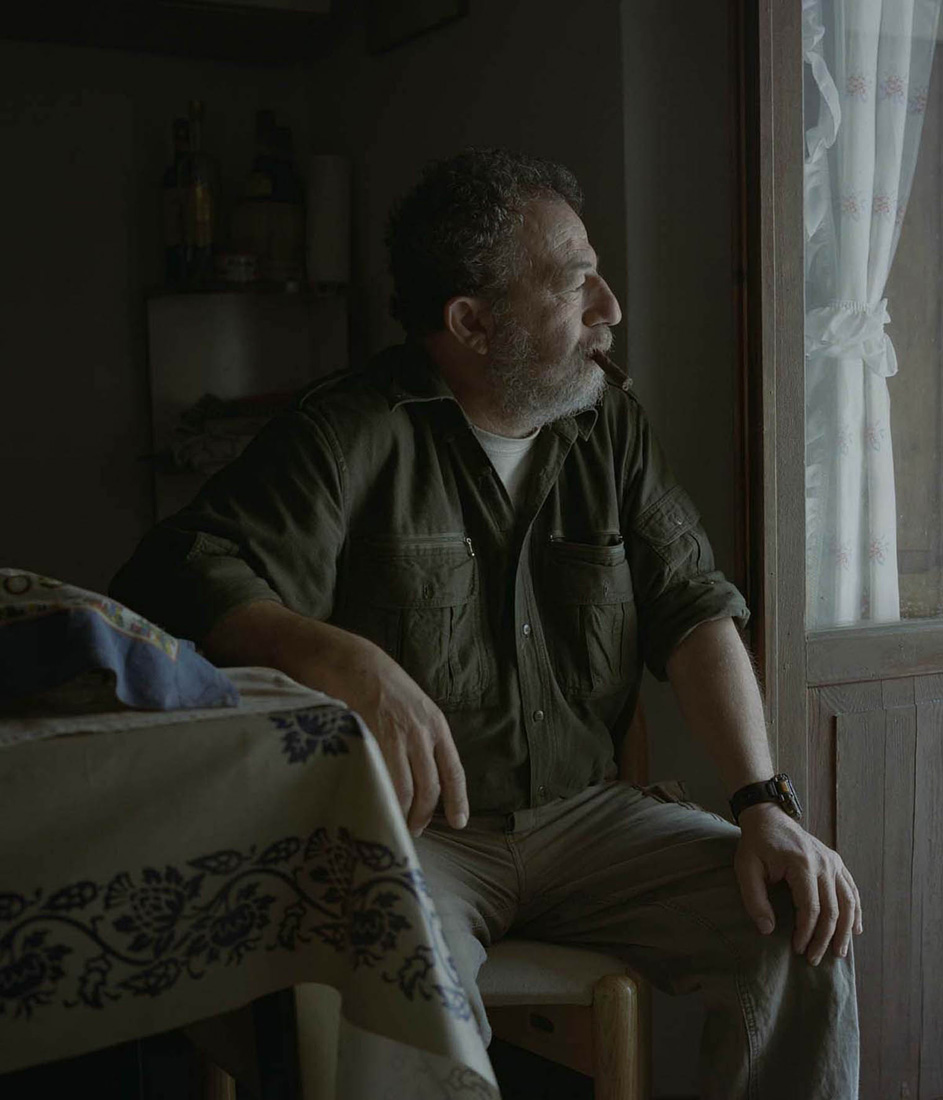 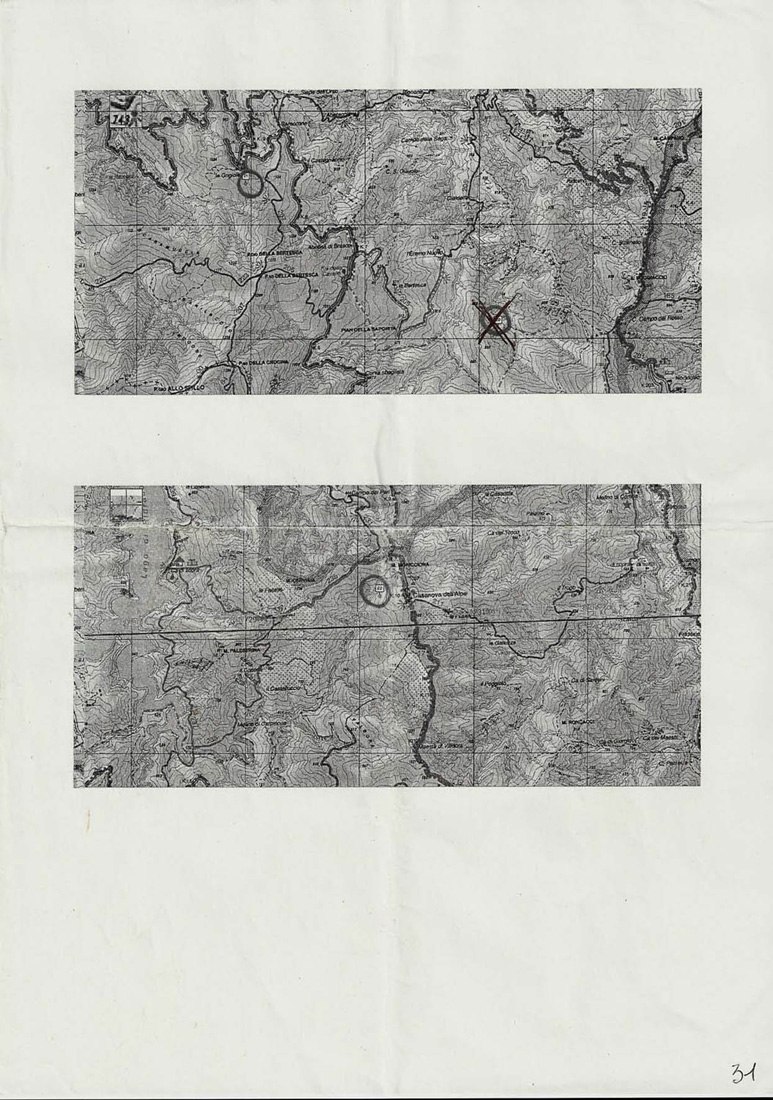 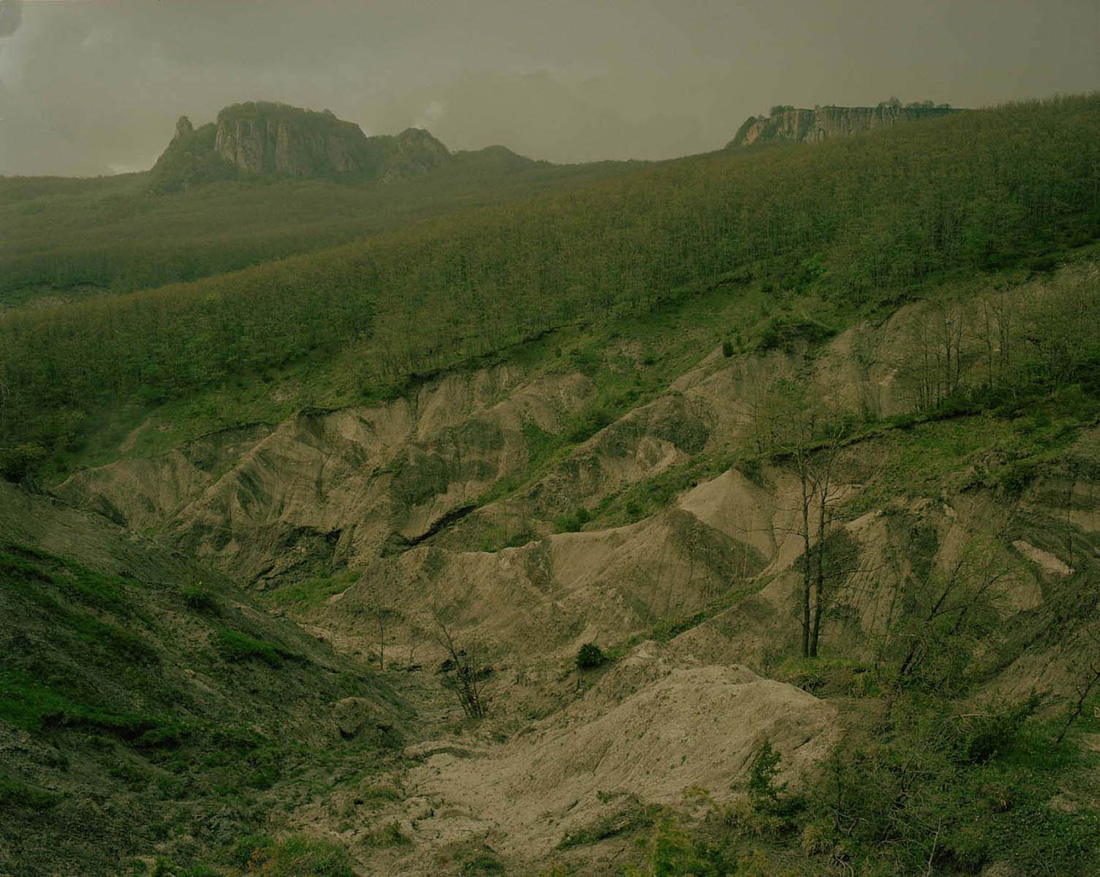 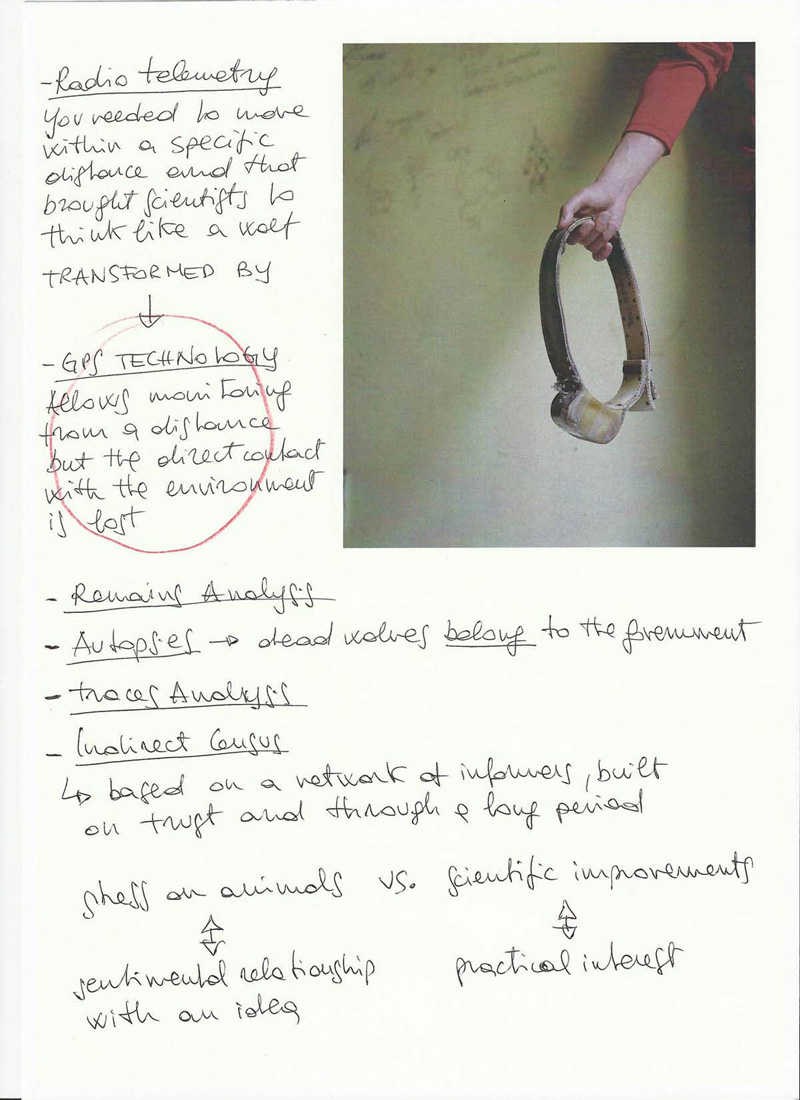 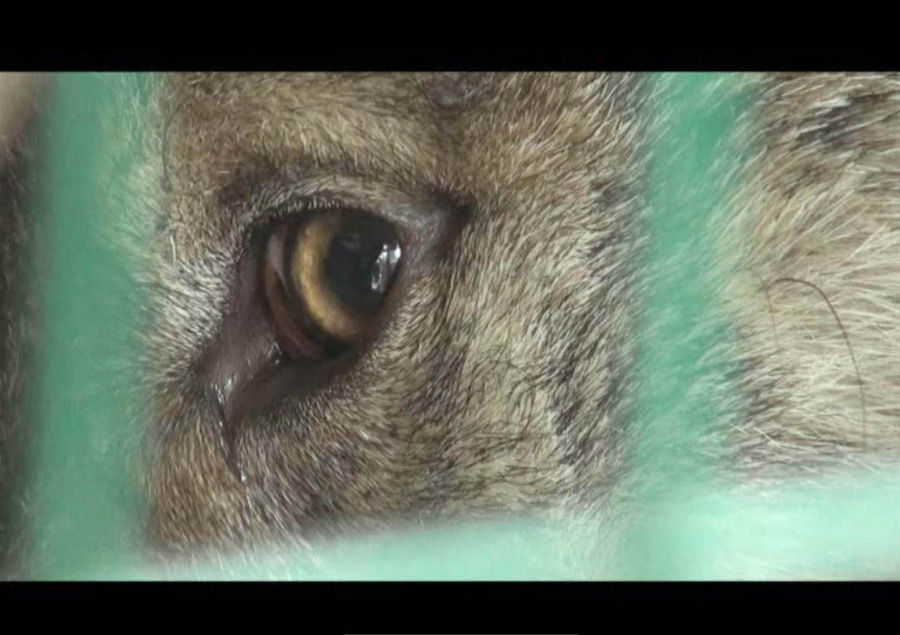 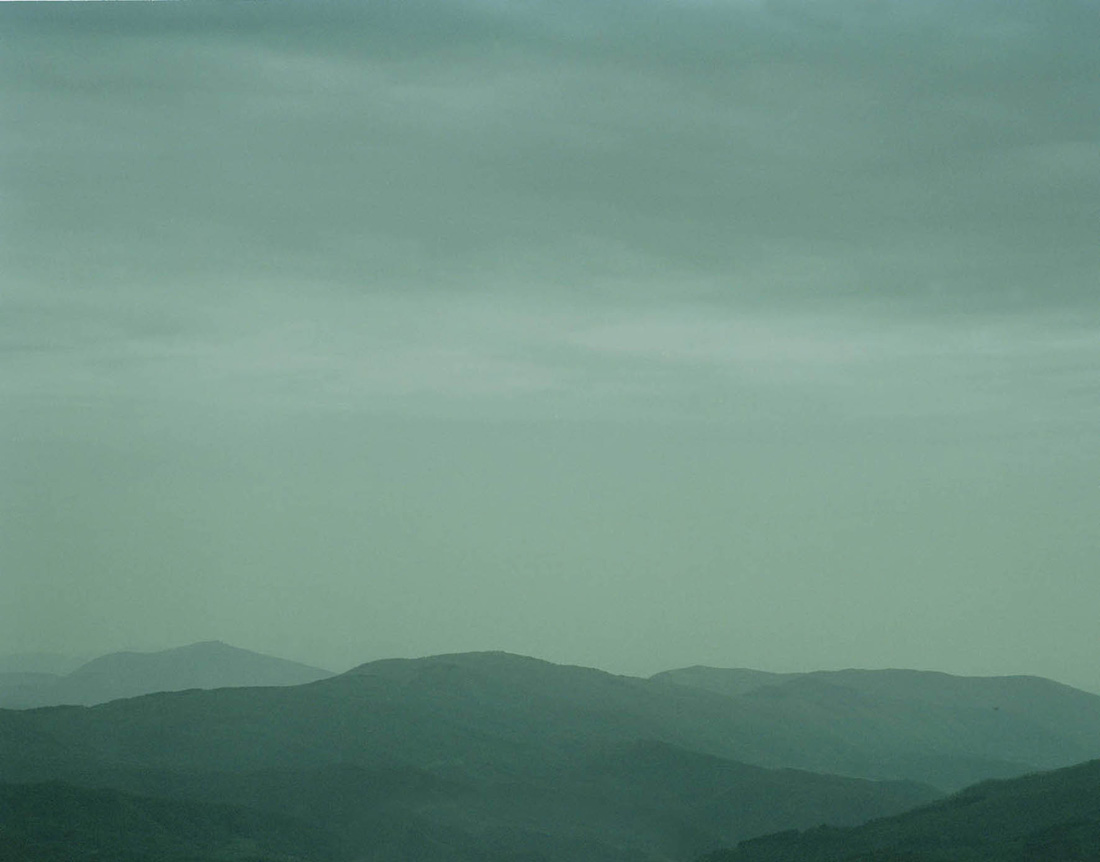 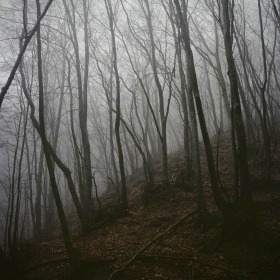 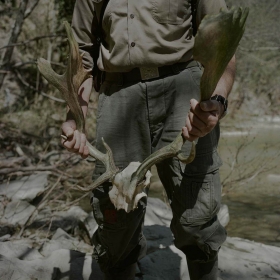 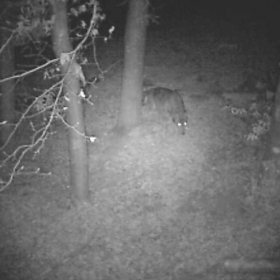 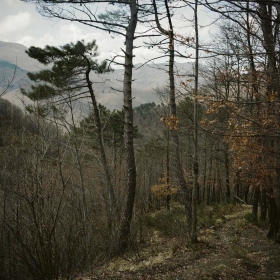 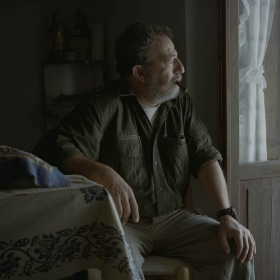 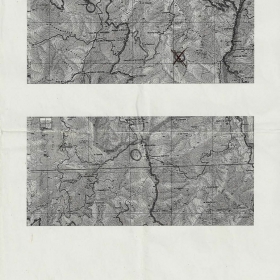 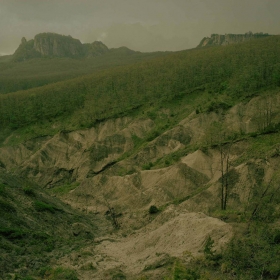 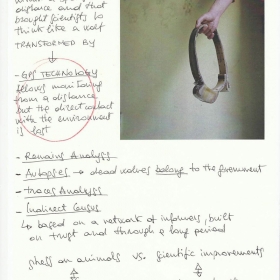 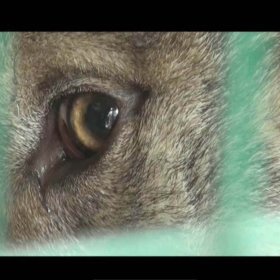 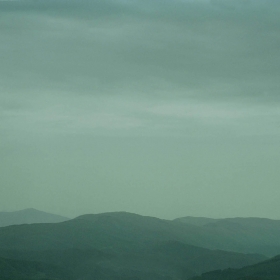 "It's a misty day and we've already been walking for a couple of hours. It's been raining for weeks now, the forest has an apocalyptic feel to it, trees have fallen and the air is still, yet full of muffled sounds. [..] Weather for wolves, we use to say in Italy, and we are so mistaken. Wolves don't like the rain[..] My friend and guide keeps checking the GPS signal, to lead me where the wolf's collar sent the same signal one year ago. We are seeing what the wolf has seen, I keep thinking. Maybe.
Something white among the leaves: a long, thick bone. Clean, totally clean. Wolves use to sleep by their hunted preys until there's nothing left, I've read. I gleam with joy: we're on the right path.
"Aren't you scared? A predator is close to us, in this very moment, maybe." asks my friend.
No, I'm not. Wolves are almost impossible to meet, people say, but they are most likely watching you while you least expect it. It's their nature. It's how they live. Being just allowed in their realm, and being able to see and tell what they see, it's already a big honour.[..]"

Dispersal began as a project about wolves and still is, but it is more a project about the longing for them and for what they can represent. Wolves, a species which is still in danger, are still a powerful symbol fo mystery, freedom, and nature's independence from the will of mankind.
I used the data about Sic, an italian wolf in dispersal ("dispersal cases" are the ones who leave the pack and wonder by themselves, in search of a new place to settle and a new partner, sometimes: I can't help to feel a dispersal case myself.) to trace a track to follow, and wanted to meet all the people who met him. I wanted to see what the wolf had seen.

The complete work is an "artist's book" published together with the indipendent publishing house Rumore Nero : in fact, the work itself can be read as an police investigation and I was inspired by the "cold case" boxes to produce one of my one, containing not only pictures that can be used to reconstruct the search but also objects and documents (see the attached picture)

(After 8 months of GPS tracking Sic disappeared, and his collar was found unlatched in the italian woods. Sic remains a mystery and a symbol.)

Arianna Sanesi is an italian photographer currently based in Paris.
After getting a Master's Degree in History of Photography at Bologna University, she attends CFP Bauer in Milan and works for a long time as an assistant for Ferdinando Scianna, italian Magnum photographer.
She presently devotes herself full time to visual storytelling, focusing her attention on social and cultural issues. In 2013 she attends the Advanced Visual Storytelling class at the Danish School of Media and Journalism in Aarhus (DK). The final project, Dispersal, becomes a book that travels and is nationally and internationally exhibited.
In 2015 she receives a grant from the Festival en Baie de Saint Brieuc to build a project on femicides in Italy, and is exhibited during the Festival.

Francesca Loprieno is a photographer and visual artist who lives and works between Italy and France. With a degree in Fine Arts Academy of Rome, she completed her studies attending a large number of seminars and
courses of professional training mainly in Rome and Paris. For the Ecole Nationale Superieure des Arts Decoratifs (ENSAD) of Paris, in the 2010, she carries out a photo and video graphic research about the problems related to immigration in the Parisian banlieues.
She is co-founder of the cultural organization “Museo di cartone”, an itinerant
structure engaged to create artistical-didactic laboratories for children. One of her projects, “Soi meme pourtant”, was selected to be exhibited in the Museum of the Immigration History in Paris.
In June 2011 one of her works named “Identi-kit” was exposed at the 54th International Art Exposition the “Biennale di Venezia”.
In the meantime she takes part in a great number of group (National Gallery di Cetinje/Montenegro, Piramida di Tirana/Albania, Museum of Contemporary Art di Rijeka/Croazia, 2015) and solo exhibitions (SI FEST Savignano Immagini, 2015, Italy) in galleries and institutions all around the Italy and abroad. She currently teaches “Theory of visual perception and planning” in the school, institutions and associations for the promotion and photographic culture.
Currently she is busy in a project of personal search on the "invisible images" near the instiute IHEAP in Paris