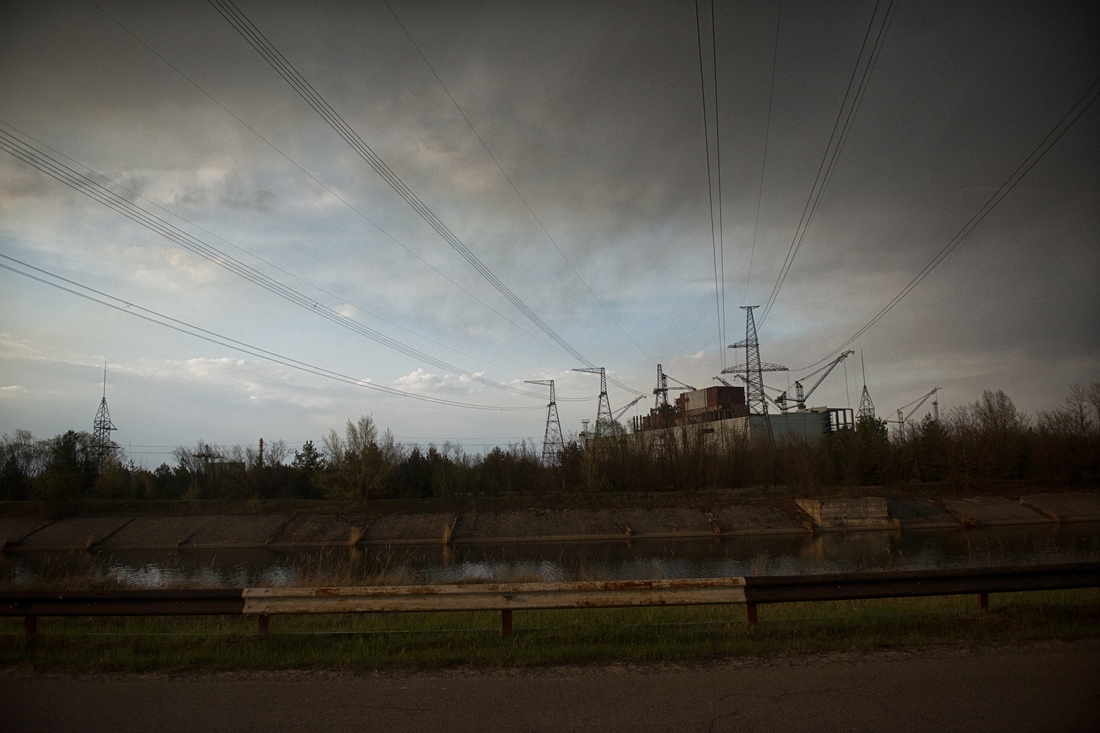 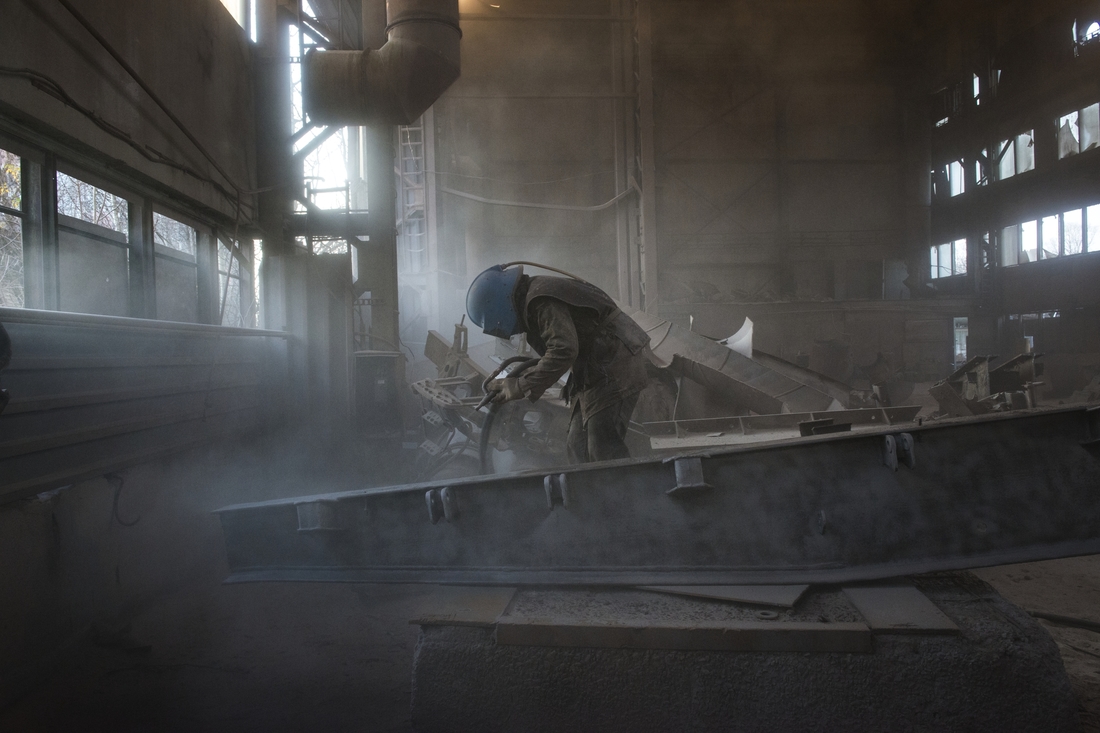 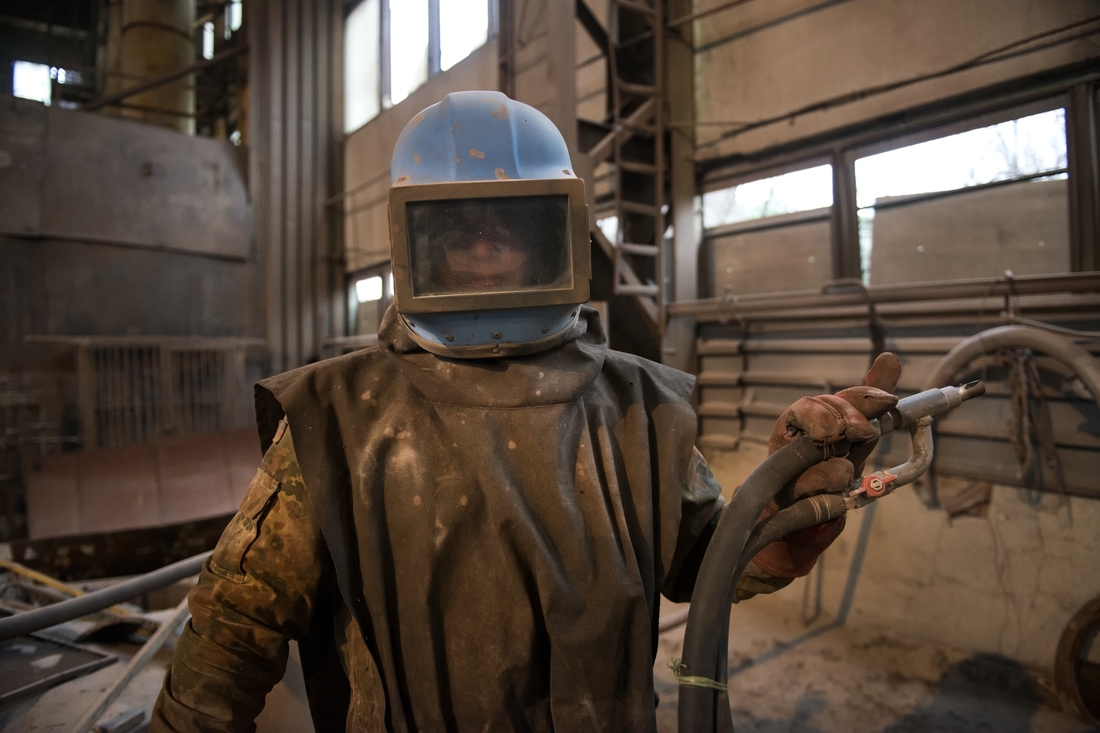 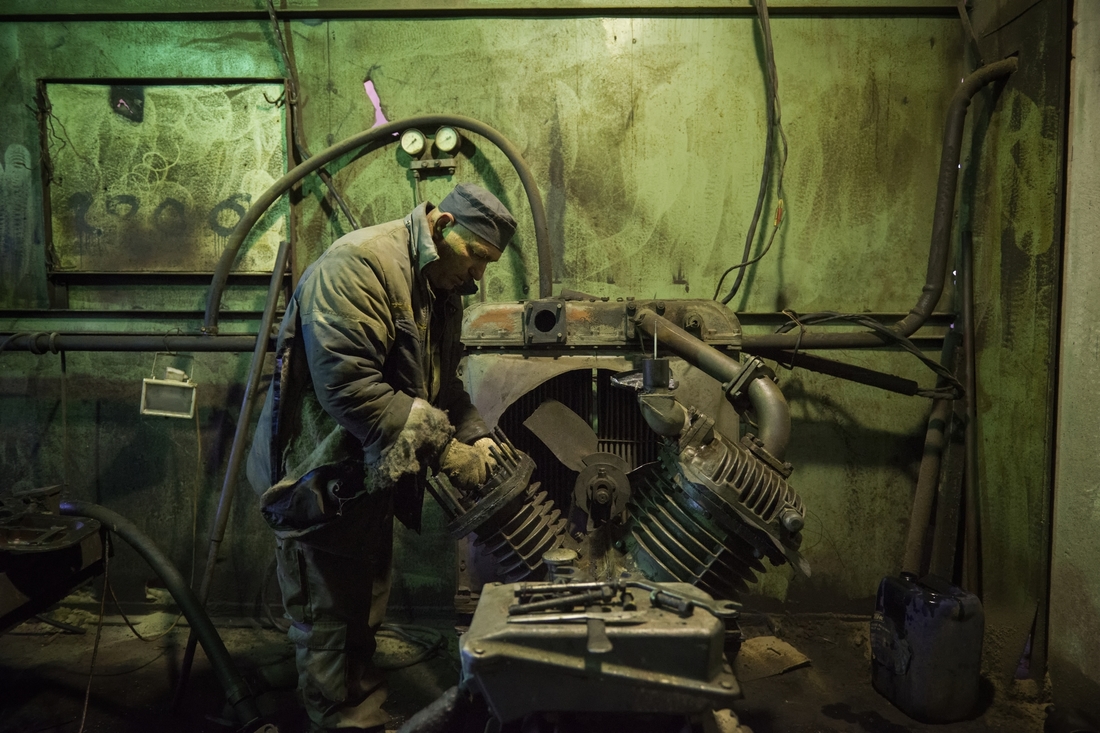 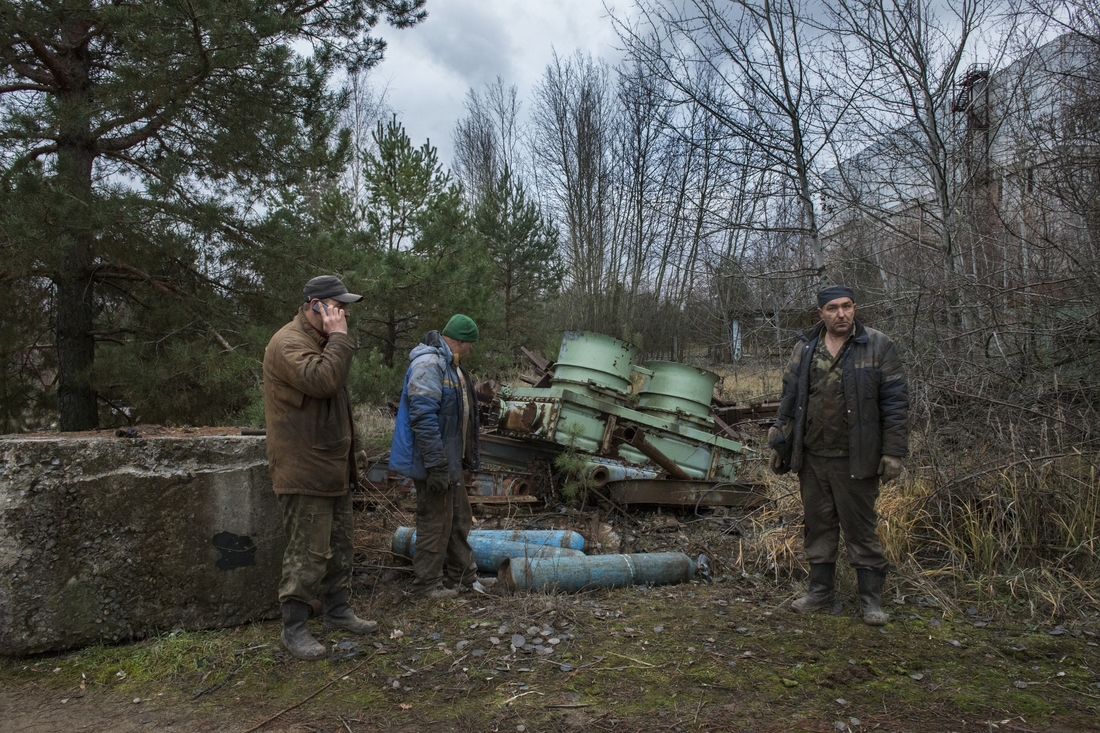 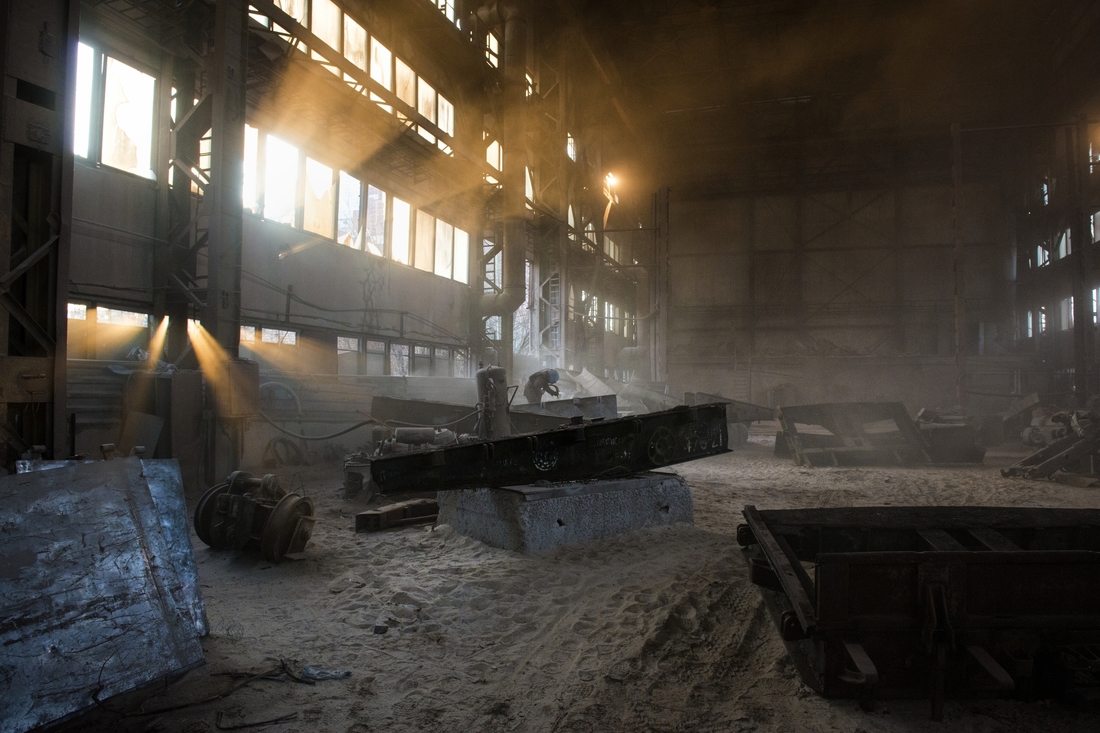 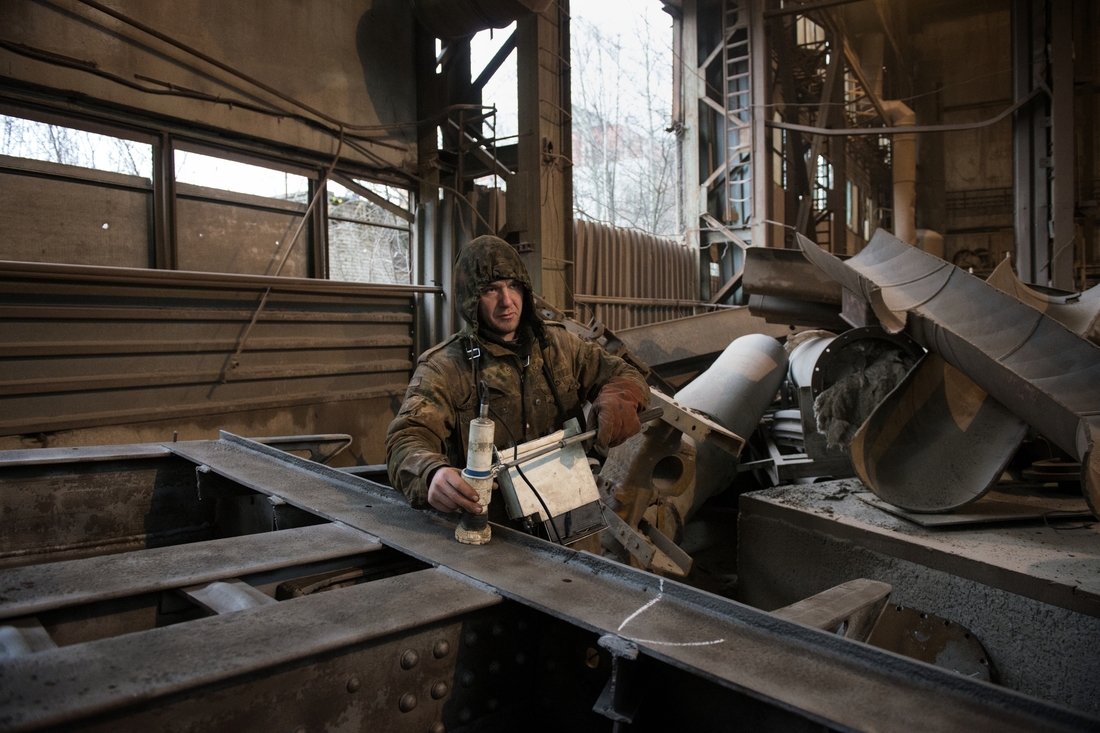 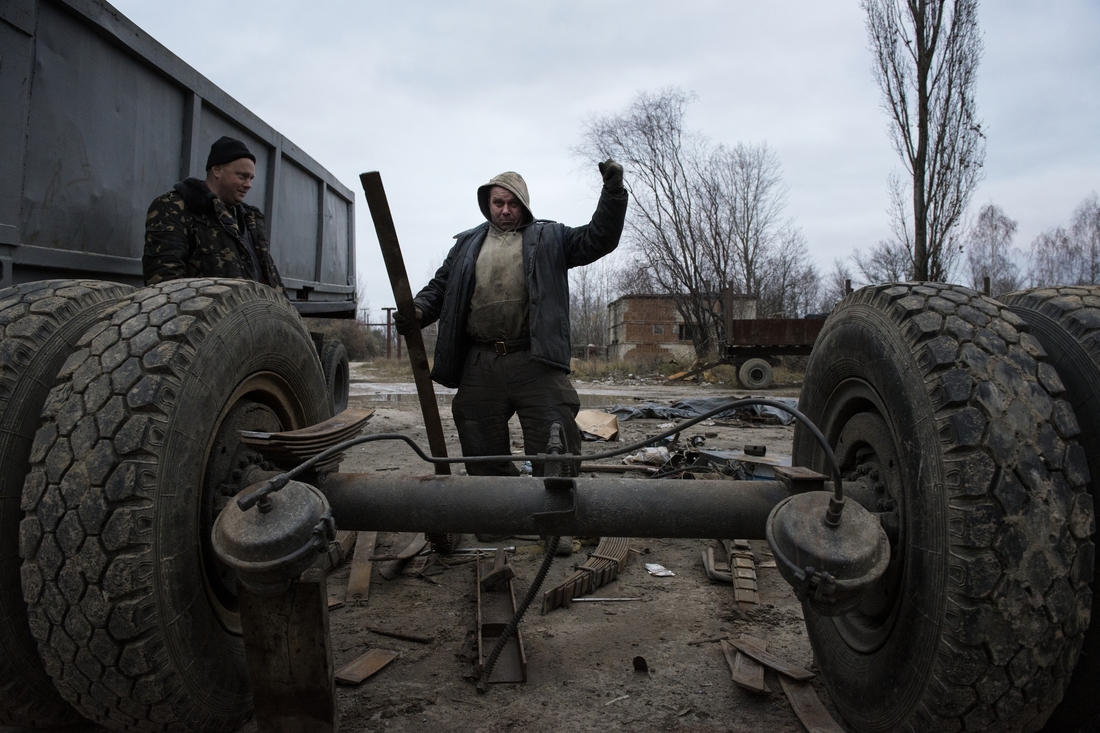 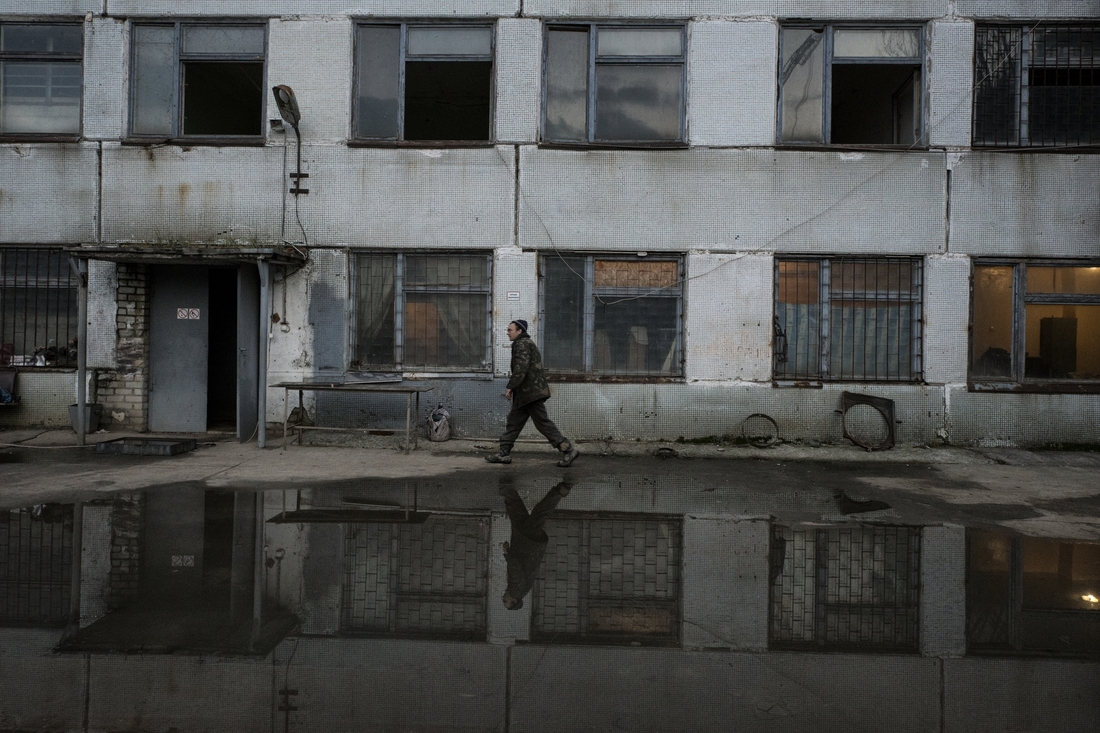 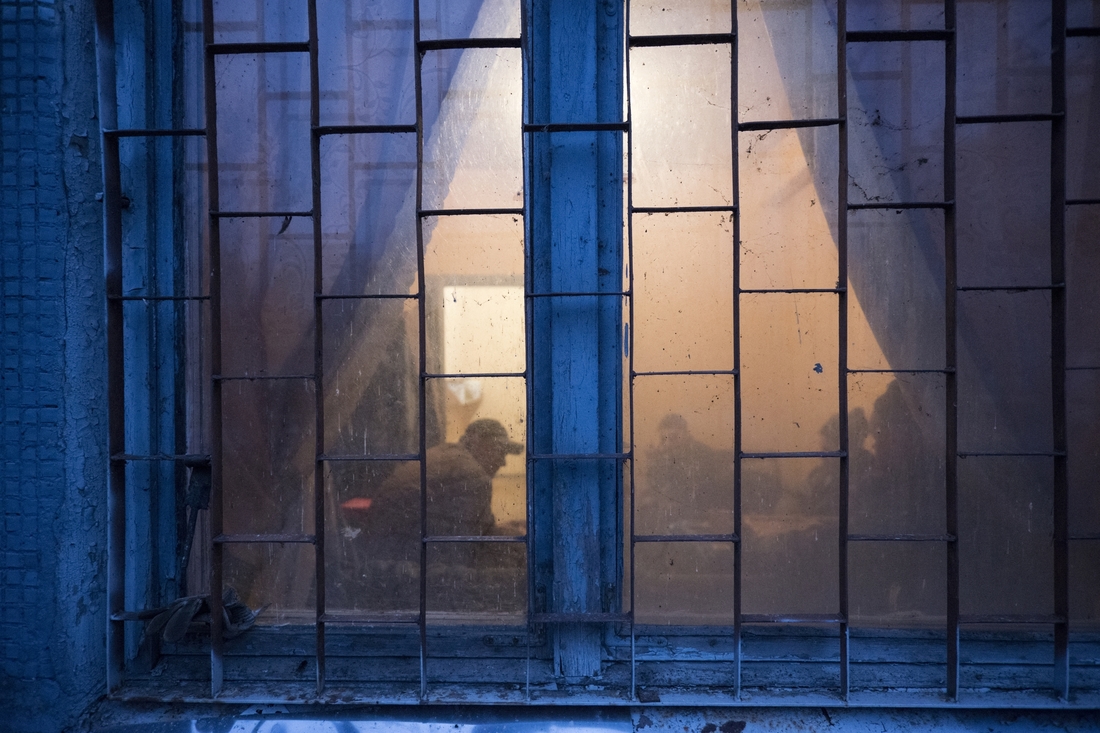 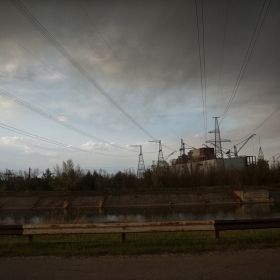 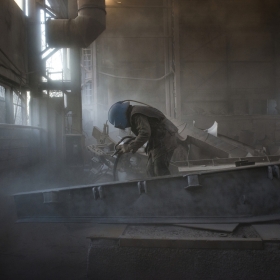 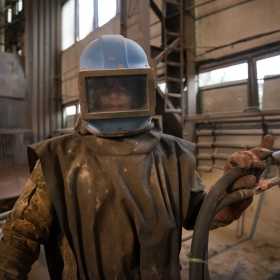 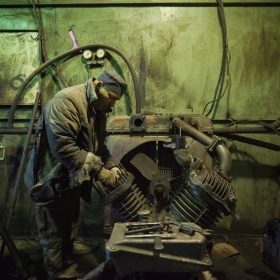 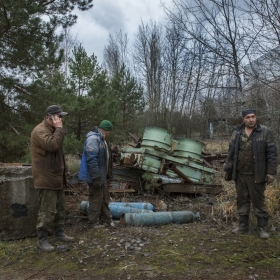 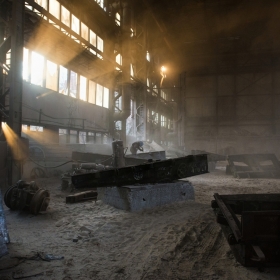 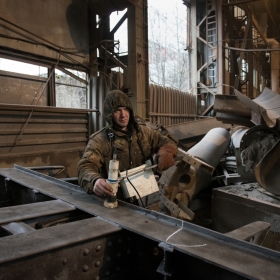 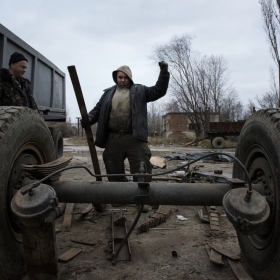 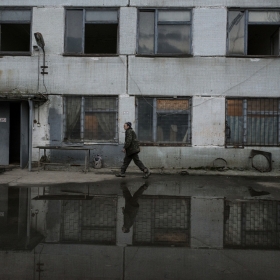 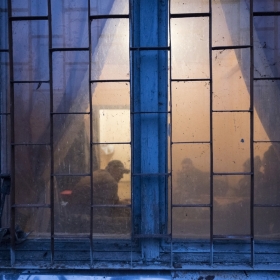 pierpaolo mittica
The radioactive and rusty gold of Chernobyl
Share
Support this photographer - share this work on Facebook.
Inside the zone tons of metals lie abandoned, but over the years all this rusty gold has not gone unnoticed, and more or less illegally was recycled and continues to be also today. Tons of metal leave the area each month. Since 2007, the Ukrainian government has legalized the recycling of radioactive metals with the blasting method.
Victor is the foreman of one of the three workshops involved in the recycling process of radioactive metals and works in the exclusion zone since 2002. The workshop is a huge warehouse where 12 men clean and recycle radioactive metals. His company recycles about 30 tons of metal a year.
The metals come from all over the area, in this period mainly by the railroad tracks, and the reactor number 1. But they also come from the port of Chernobyl where some sunk ships lie, and soon from the unfinished reactors number 5 and 6.

The recycling method consists first of all in a strong blasting of the metal that effectively reduces the contamination at zero level. Once a complete decontamination is achieved the metal is ready to be sold, usually to Ukrainian company but also to foreign companies with 30% of the price less compared to the market price.
In recent years, according to official estimates, about 40 thousand tons of metals were exported. Currently it is considered that still 1 million tonnes remain inside the zone with a value of one billion dollars.
The working conditions of metallists are terrible, safety equipment, although it is mandatory, virtually does not exist. Only a few of them use it. most of them wander all day amid radioactive clouds created by the blasting process, breathing radioactive particles. But the fact of using or not the protections is a personal choice. A mixture of fatalism, popular beliefs and difficulties to wear the protective mask during the entire work shift. But the internal contamination is now the most dangerous aspect to the health of workers.
During the weekend Victor returns home to his family. He lives nearby, other workers are less fortunate, their families live far away, so they could go home only once a month.
Victor lives in Kovalinka, a small contaminated village located 5 kilometers from the exclusion zone, together with his wife Nadezhda and three children Valeri, 16 years, Victoria 3 years and Alexander one year.
the salary for a recycler is about 8000 grivnie per month (about € 280), the average salary in Kiev is 5000 grivnie (about 180 euro), That’s why Victor works as a metallist, to give to his family a better life.


About author:
Dr. Pierpaolo Mittica, Italian humanist photographer, is an award - winning photographer based in Venice (Italy). He received the Masters Program at CRAF diploma in conservation, technique and history of photography in 1990, studying with Charles – Henri Favrod, Naomi Rosenblum and Walter Rosenblum, who is his spiritual father in photography. His photographs were exhibited in all Europe, United States and China, and published in Italian and international newspapers and magazines among them: l'Espresso, Alias del Manifesto, Vogue Italia, Repubblica, Panorama, Il Sole 24 ore, Oggi, Le Scienze, Photomagazine, Daylight Magazine, Days Japan International, Asahi Shinbum, The Telegraph, The Guardian, Wired, Asian Geo.