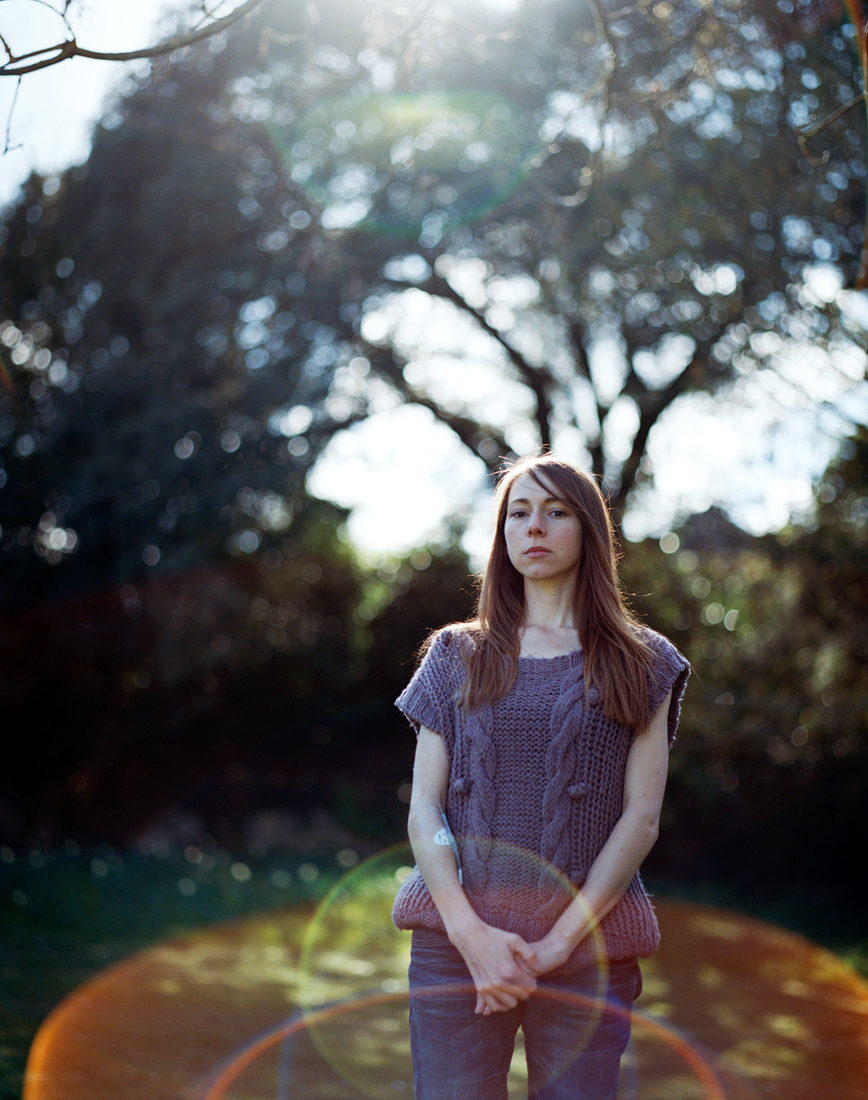 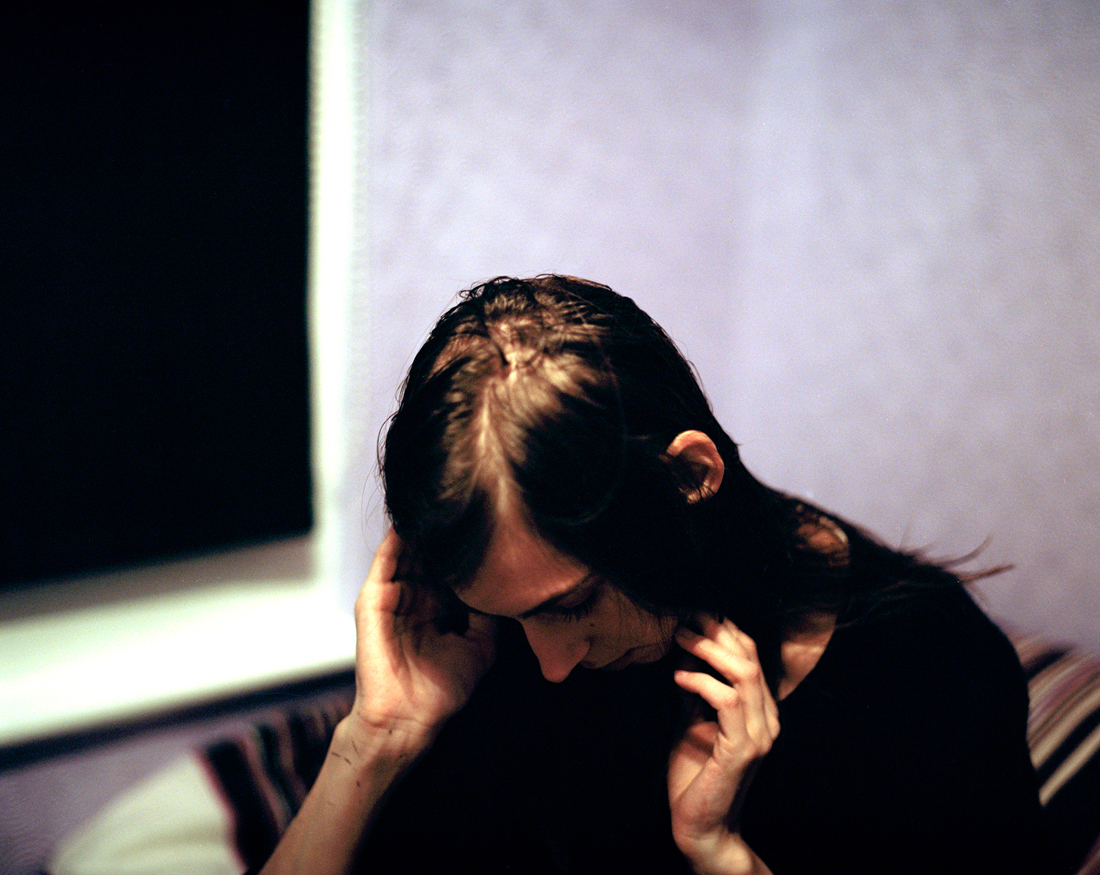 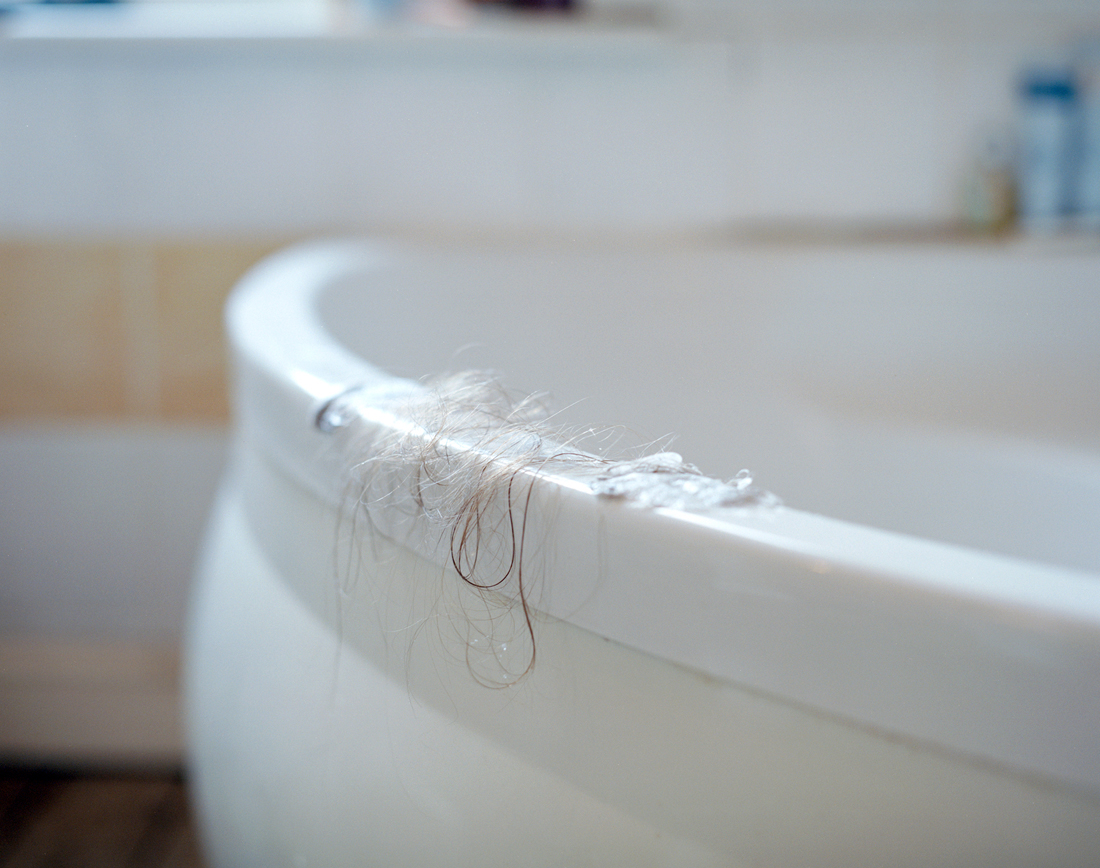 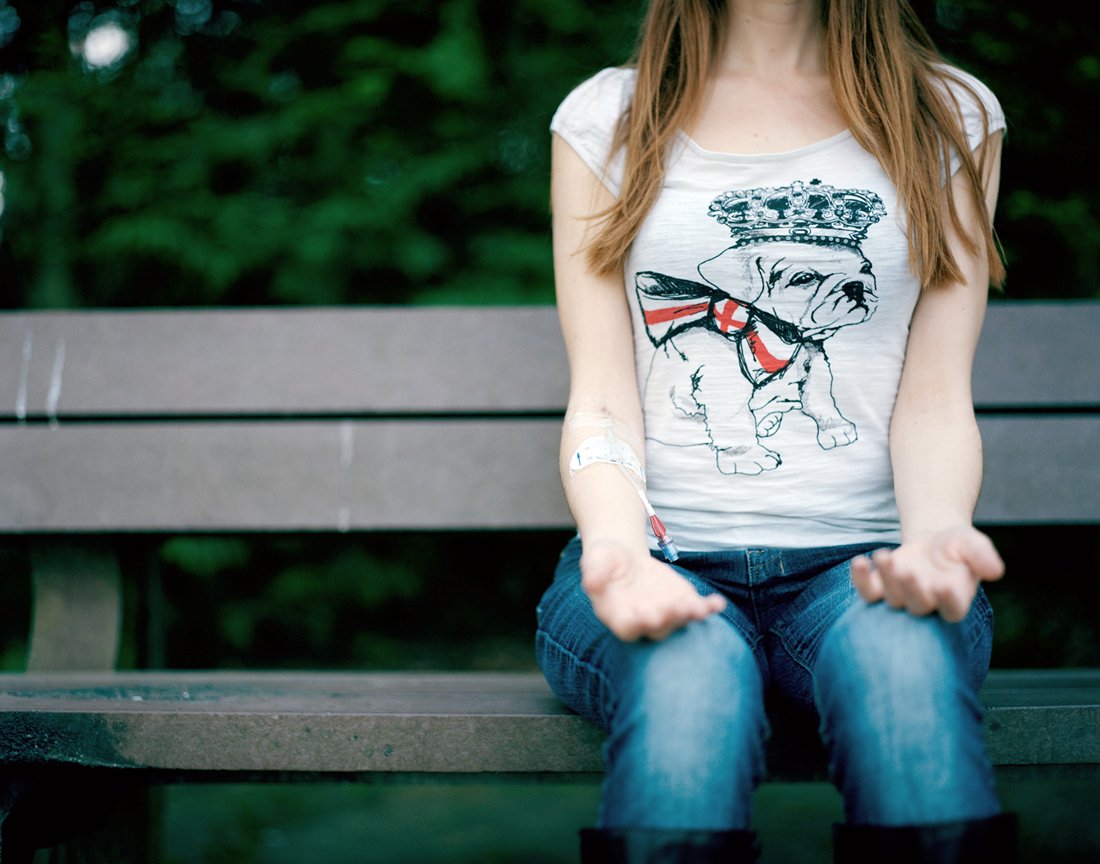 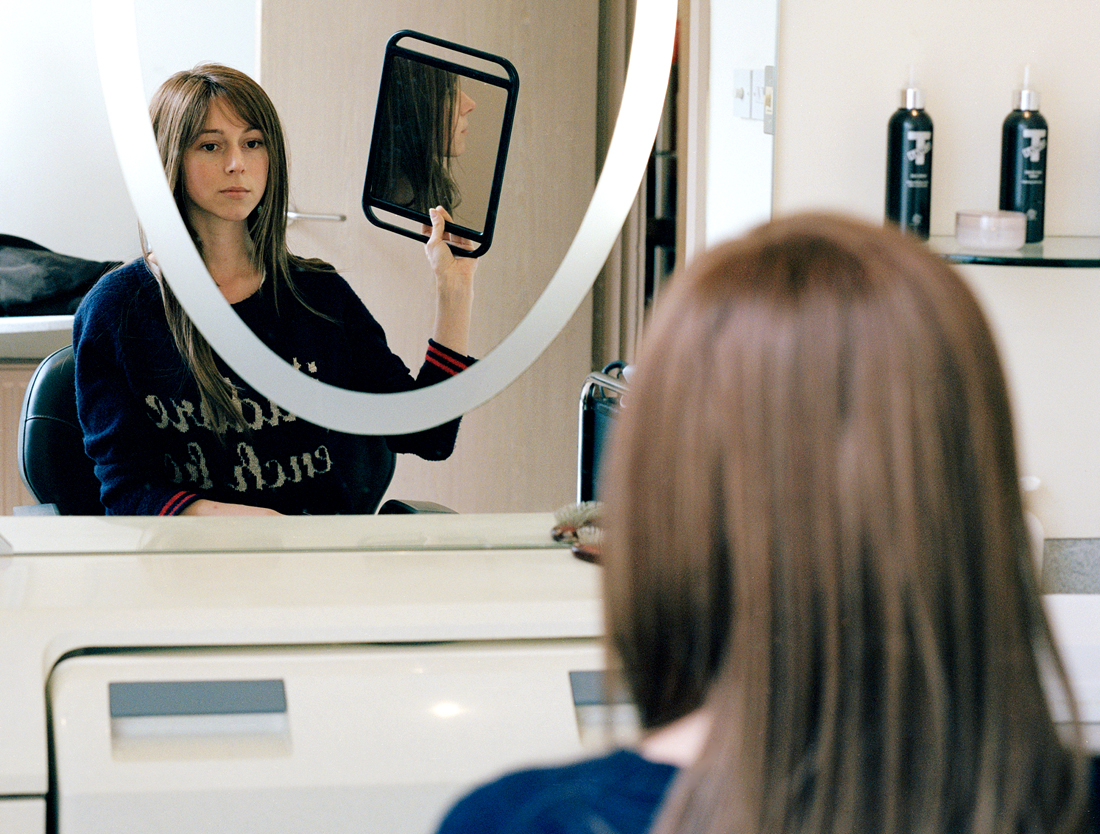 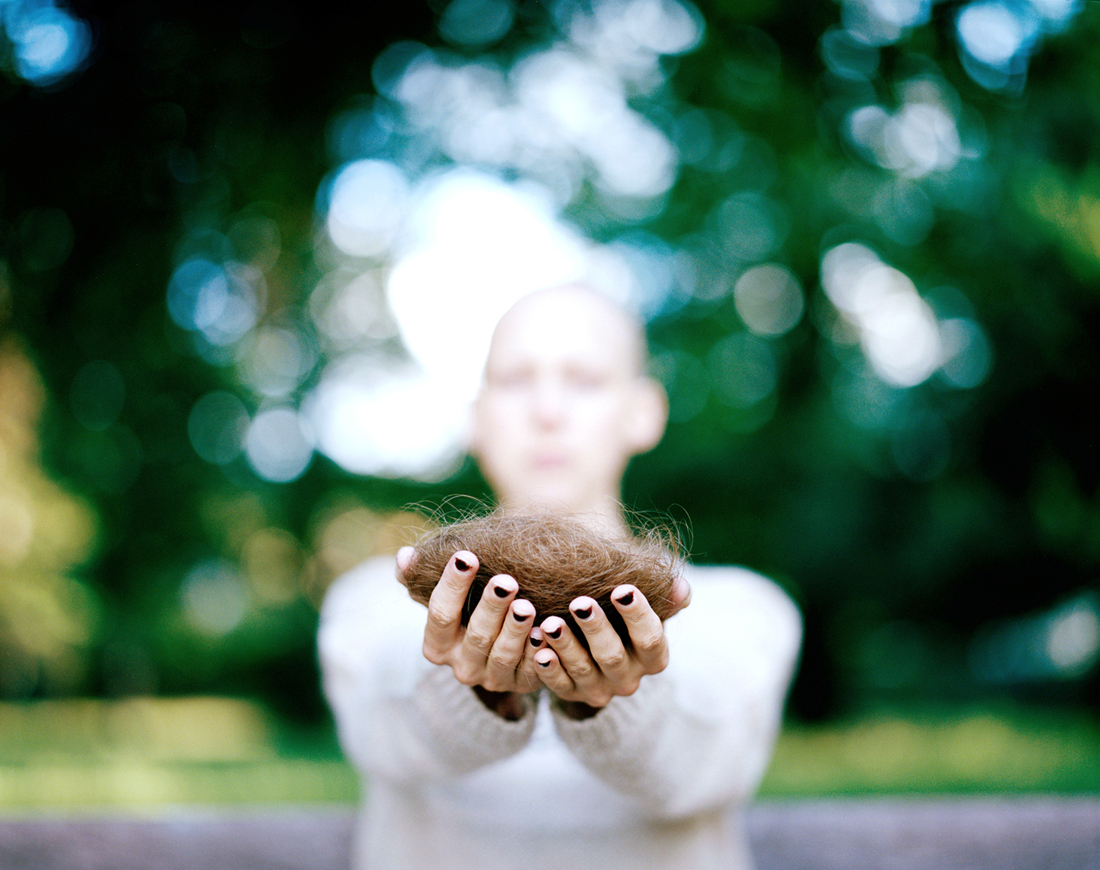 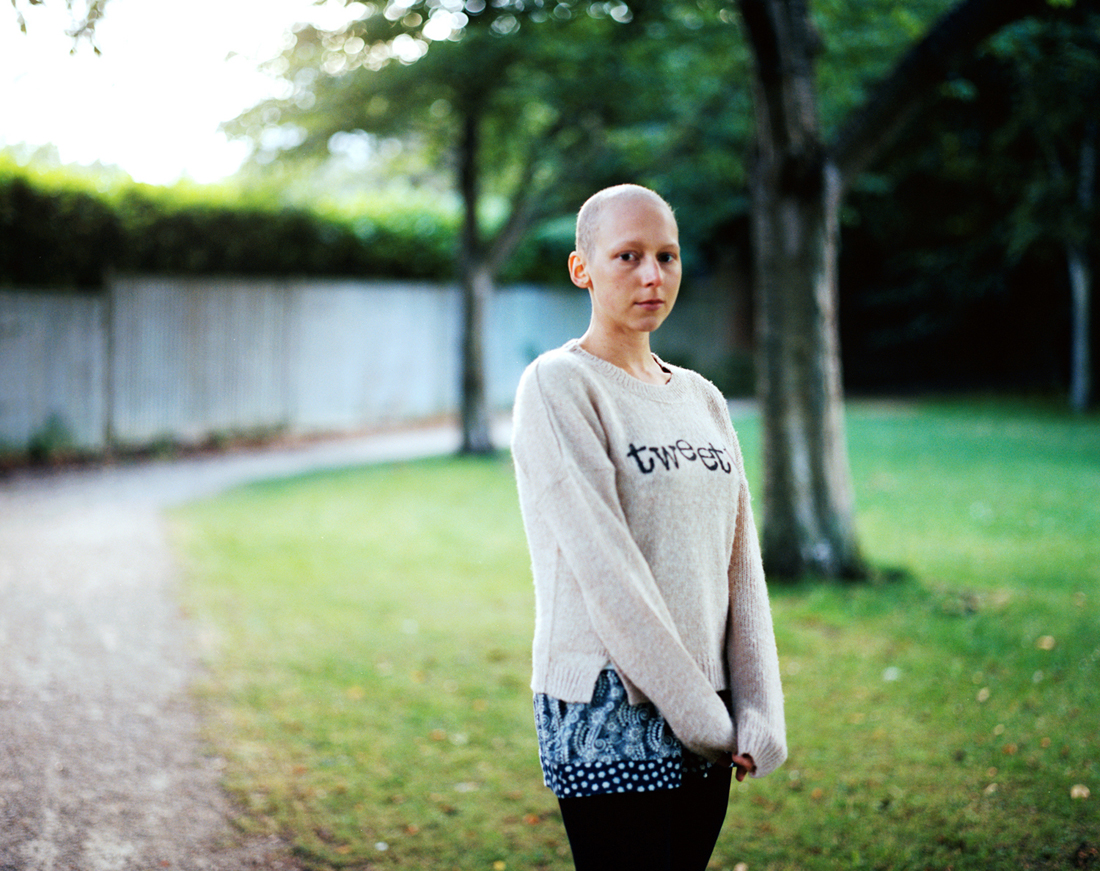 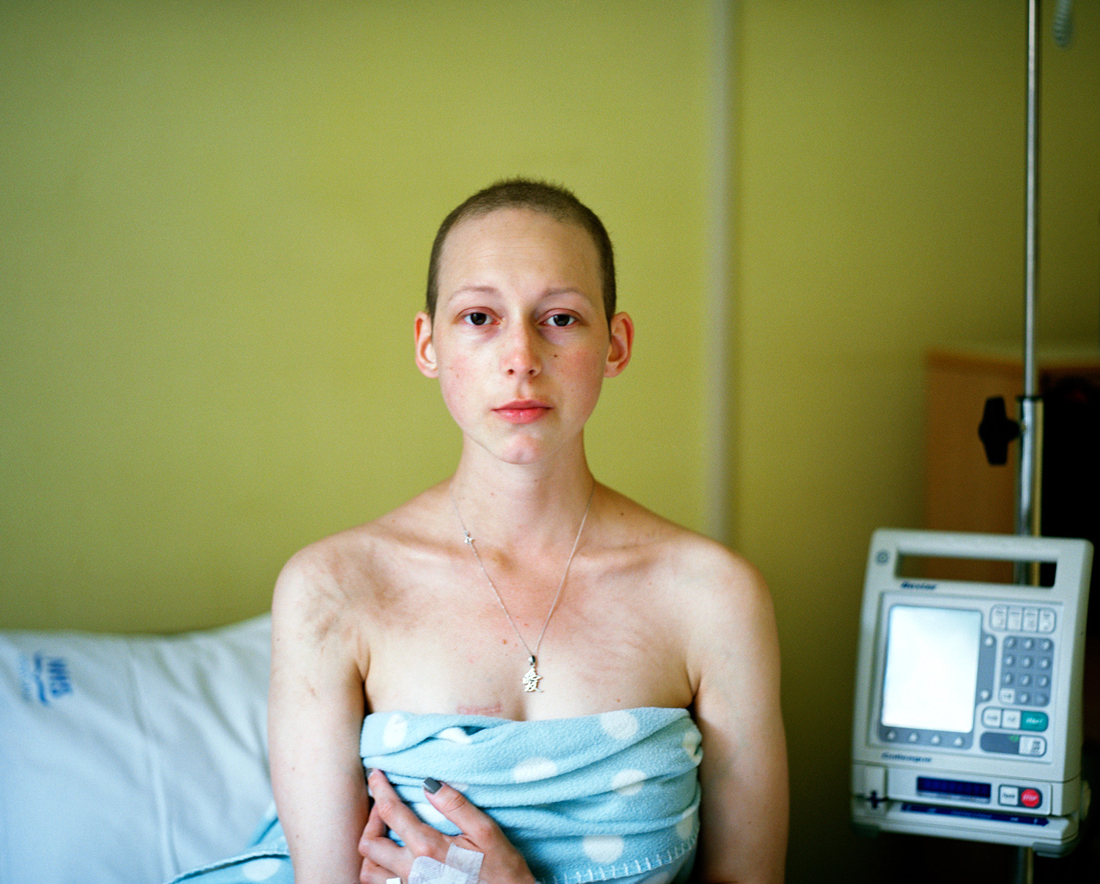 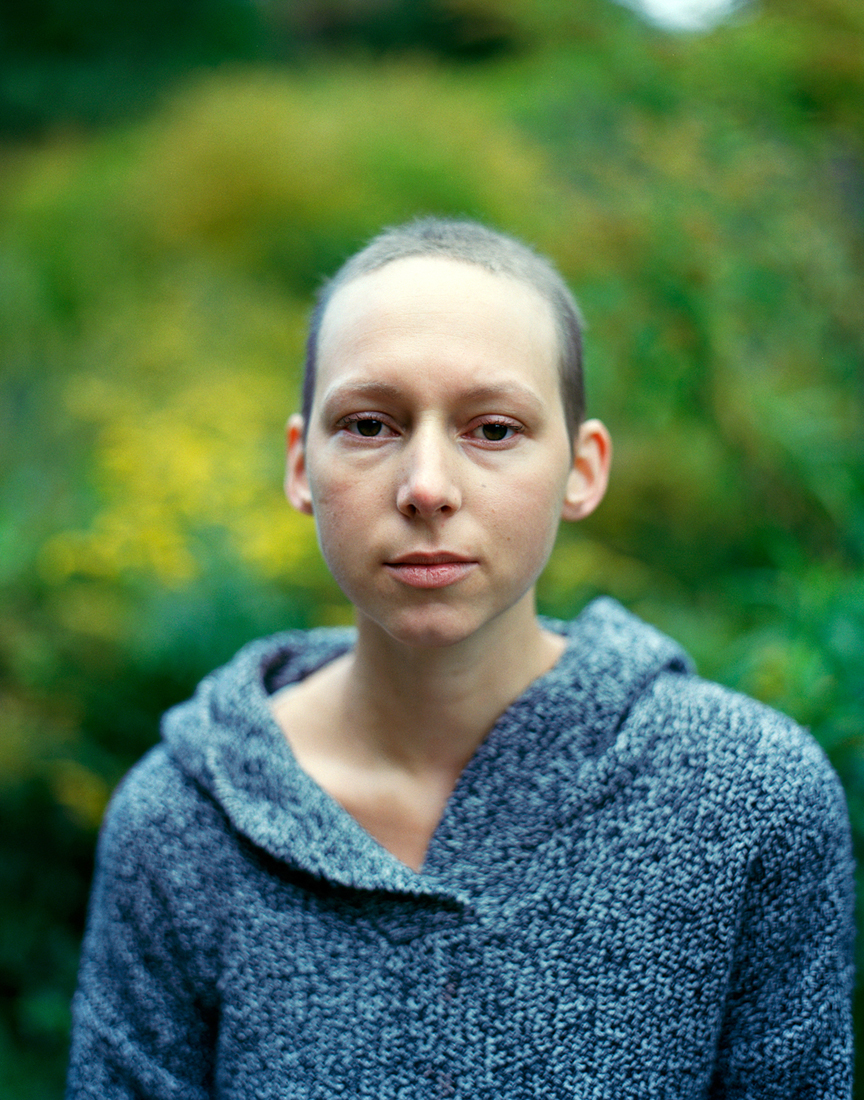 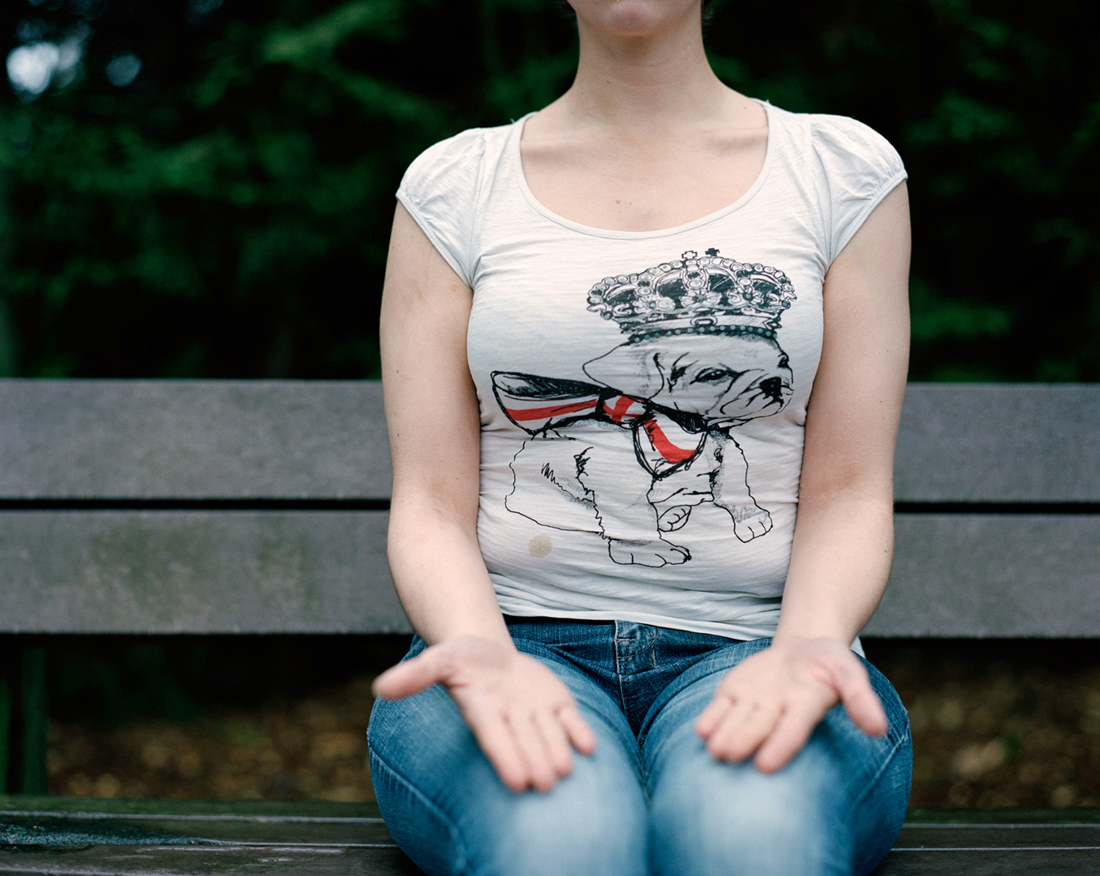 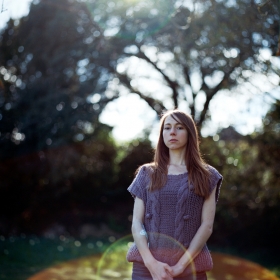 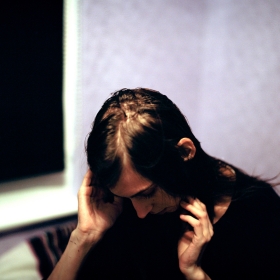 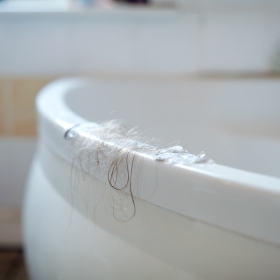 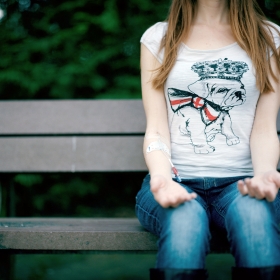 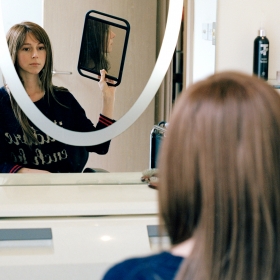 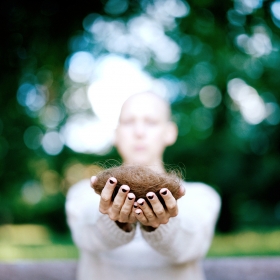 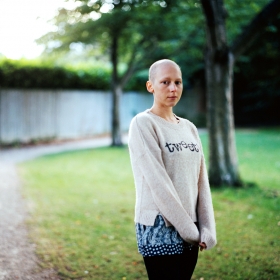 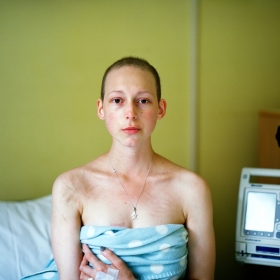 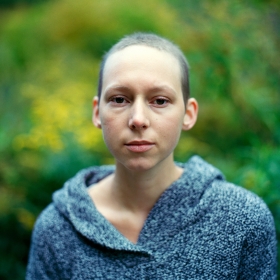 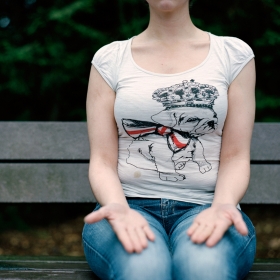 Carly Clarke
Reality Trauma
Share
Support this photographer - share this work on Facebook.
My "chemotherapy self portrait" was selected for Portrait Salon 2013 and is from my work "Reality Trauma," a self-portrait photographic series I produced in March 2012 when diagnosed with stage 4b Hodgkin Lymphoma, a rare cancer and with a large tumour inside my right lung during my final year of a BA photography degree at Middlesex University.

While I was overwhelmed with chemotherapy treatment for 6 months and the idea of possibly dying, I felt a necessity to record my journey and document my life as it changed so drastically. This led to examining not just myself, but the whole of life’s meaning on many levels. My body became a shell, limited in movement, filled with pain, while I could do nothing but hope and wait for every treatment to end. The image of who I thought I was became unfamiliar, almost alien, losing my hair and so much weight, unable to recognise the reflection in the mirror, which I avoided at all costs. The hospital staff and doctors became like a family to me. I put my trust in their hands through every biopsy and every significant event that required me to surrender to all that was beyond my control. My identity felt crushed, yet I didn’t mind because I knew this perception of a helpless human being was not really me, for inside I was strong, determined and hopeful, and utterly terrified.

My life slowed down to concentrating on getting through each moment, drug to drug, endless exams, giant needles, biopsies drilling deep into bone, tubes down my throat, and hoping for some day, the pain to end. A plastic line inserted to my heart fed sickening but healing medicine through my arm, trying to kill the cancer but taking my strength with it. The cure is as dangerous as the disease, and chemotherapy takes one to the very edge of life. Rapid downhill weight loss was, the most visible threat, and my skeleton became more visible by the day, a reminder of each precious pound lost. The powerful pain killers pushed my fragile life boat even further from the shore of what was once life, nauseating and bending every sense, but I held on. Will I live through this? I did not know.

A meditative focus on the small things that mattered really helped. I found much comfort talking to those in hospital of similar experiences, and spending time with family and friends. Those moments can best be recalled through the use of a single memorable photographic image. Nothing but a photograph can take me back to my time with cancer, that moment in its entirety, as if I were there again, re-living the sensations, the feelings I felt and the fears I held in my mind.

These photographs evoke some painful memories for me; however they also remind me of the huge capacity of my own human body to endure through such hellish times. My body, mind and soul were tested to the ultimate ends unimaginable and I experienced life on an unbound level. This self-reflective collection of images gives only glimpses into that time but my hope is that the audience can see not just the horrifying aspects, but also the promise that being a survivor of cancer gives and the tremendous hope for others facing a similar condition.

Traumatic times can be reflected upon as lessons in survival that awaken us to cherish the subtleties of everyday life and our reality that can so easily be taken for granted. The immense persistence, willpower and courage we as human beings possess when required to is sometimes overlooked. We do not give ourselves the credit for fighting some of life’s toughest battles. This period in my life, is evidence that no matter what life throws at us, we can get through it, even when words cannot explain who ‘we’ are anymore, why we are here or even what has happened to us. We are more than survivors; we are more than we think we are and capable of anything if we believe in ourselves and push those boundaries beyond limits visible. What makes us important as human beings is being able to evolve and become and to create anything in this lifetime. We must allow ourselves the credit we deserve, and see beyond the ‘now’, because anything that we believe we are now, in this very moment in time is temporary, for we are always changing and becoming something else.

Change is the biggest part of our identity, of who we think we are, and my 'self-portrait’ is a portrait of a person I perceive that I am, but only in one moment in time, and not necessarily the next. This work is a collection of moments and identities, as is the practice of photography.

I have recently been offered to work at a charity hospice doing my independent work to help terminally ill cancer patients. The work I want to achieve will look at the effect of a terminal illness on a person's psychology and how their perception of time changes as a result of this. By building close relationships with end of life patients I will develop questions about life and death through the power of documentary photography.

About author:
Carly Clarke is a British social documentary photographer. Carly travels locally and internationally with a passion on creating awareness about subjects and raising questions through photography. She has spent many years living between the UK and California, USA. She recently completed her MA in Photography in 2015, having been awarded the Luck Hill Postgraduate Photography Award. She graduated in BA (Hons) Photography from Middlesex University, London in 2013.

Carly is driven by research led practices and is completely self-directed in her projects. In her long-term personal projects, she focuses on creative, visual and written storytelling. She emphasises the importance of spending valuable time with her subjects. In her published photo-essay "Remember Me: Vancouver's DTES," she says "It was extremely important for me to create relationships with people and spend time with them, so they would feel comfortable in opening up about their personal lives; the trust we built allowed me to create an honest portrayal about them within their everyday environment. I wanted to represent them as they were in that moment, not altering the truth."

Current personal projects include "Godhulikala: A visual documentation of India's forgotten elders," based in the tribal villages within the Himalayas, Northern India. Here she spent many months documenting and interviewing elders in 2014 during the monsoon season working with translators, caregivers, activists and NGO's.