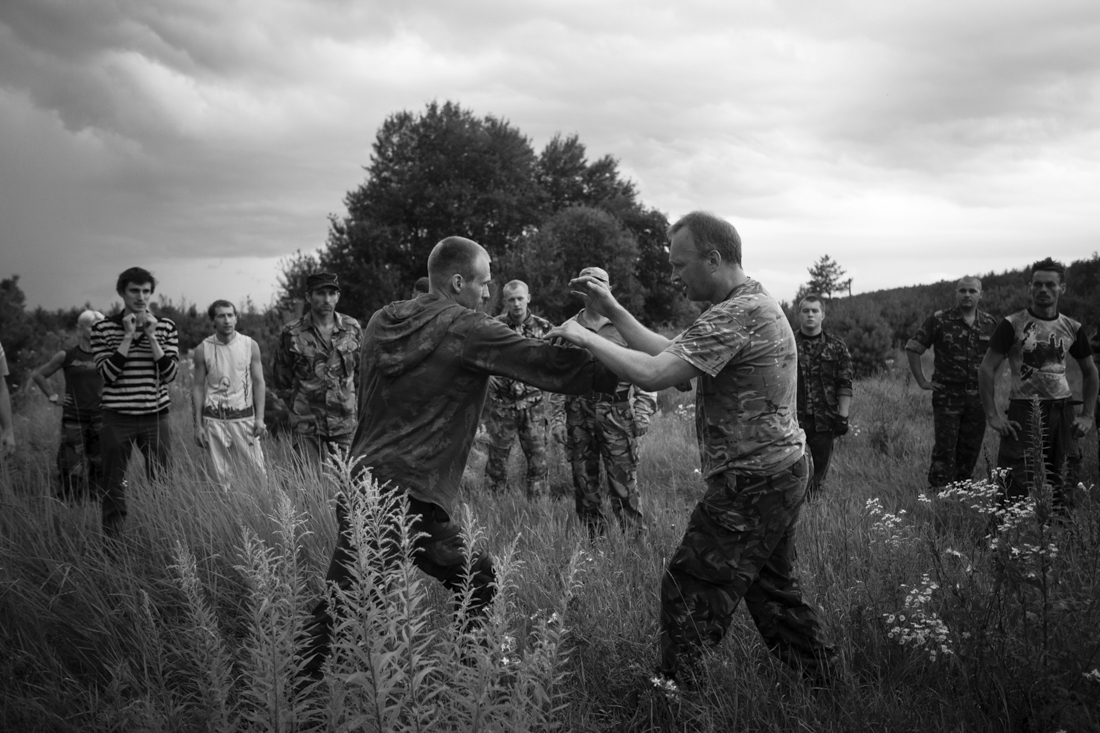 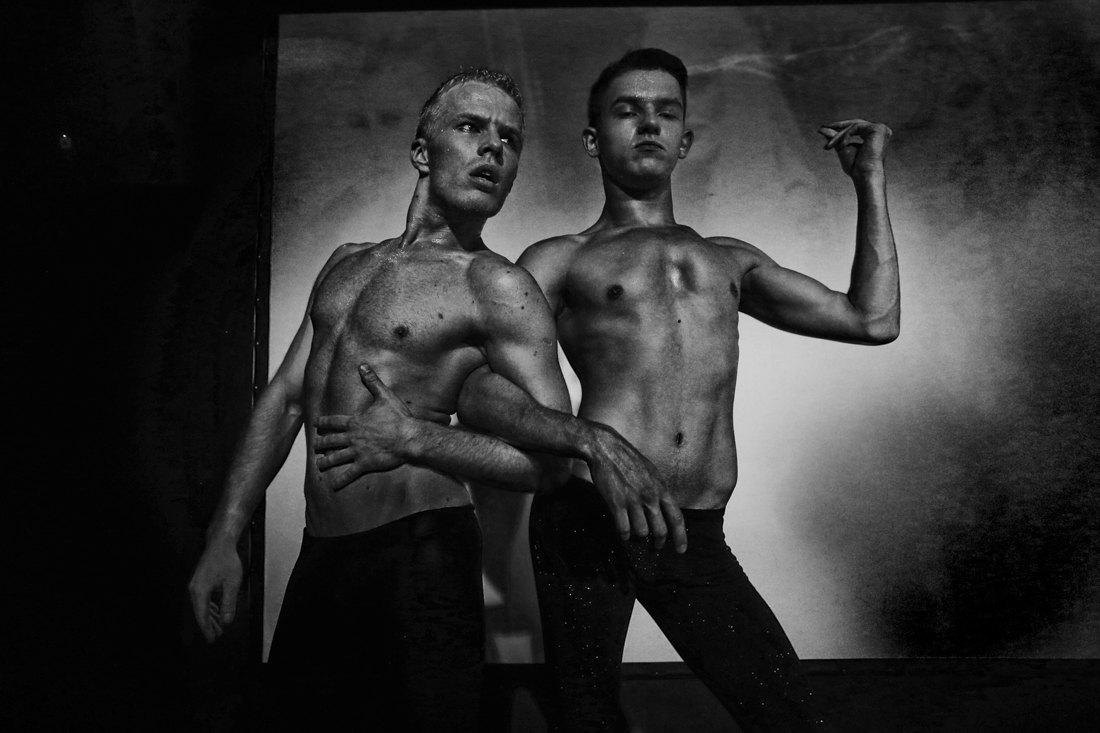 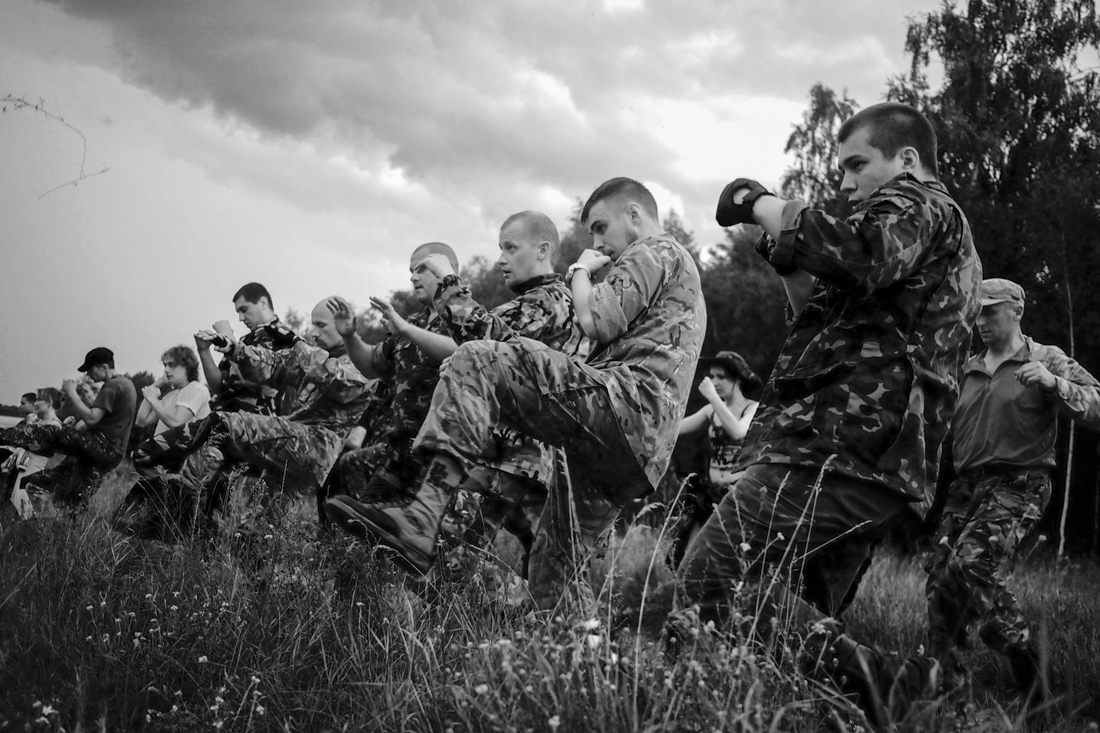 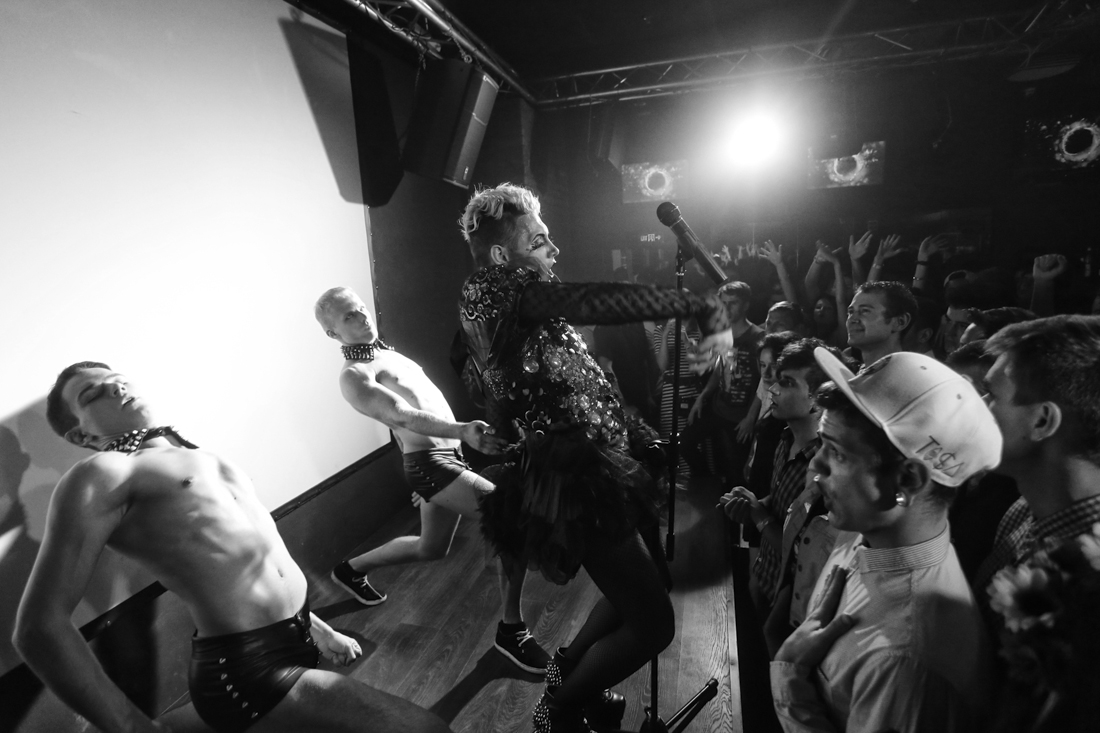 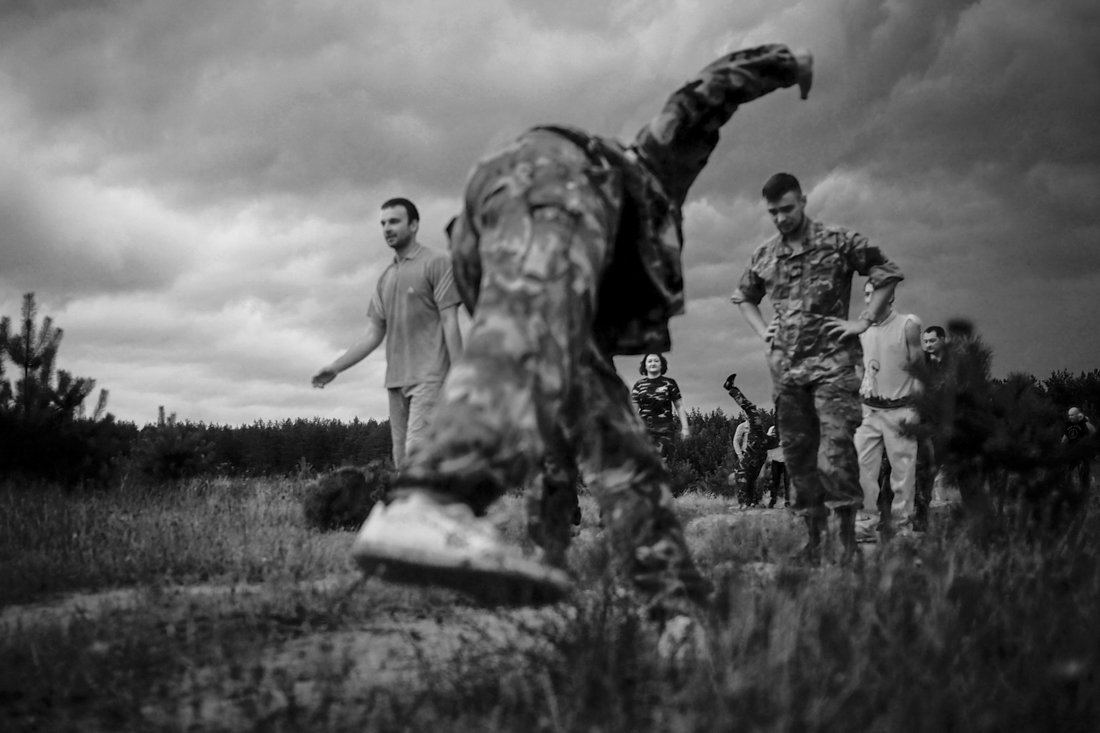 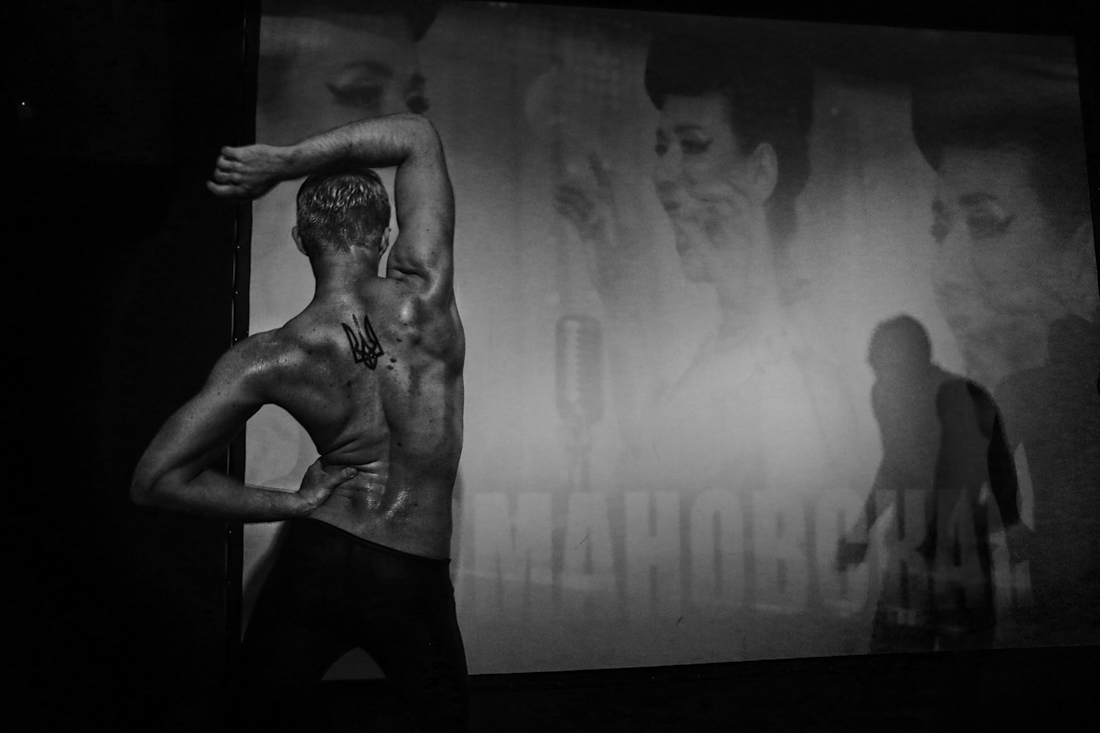 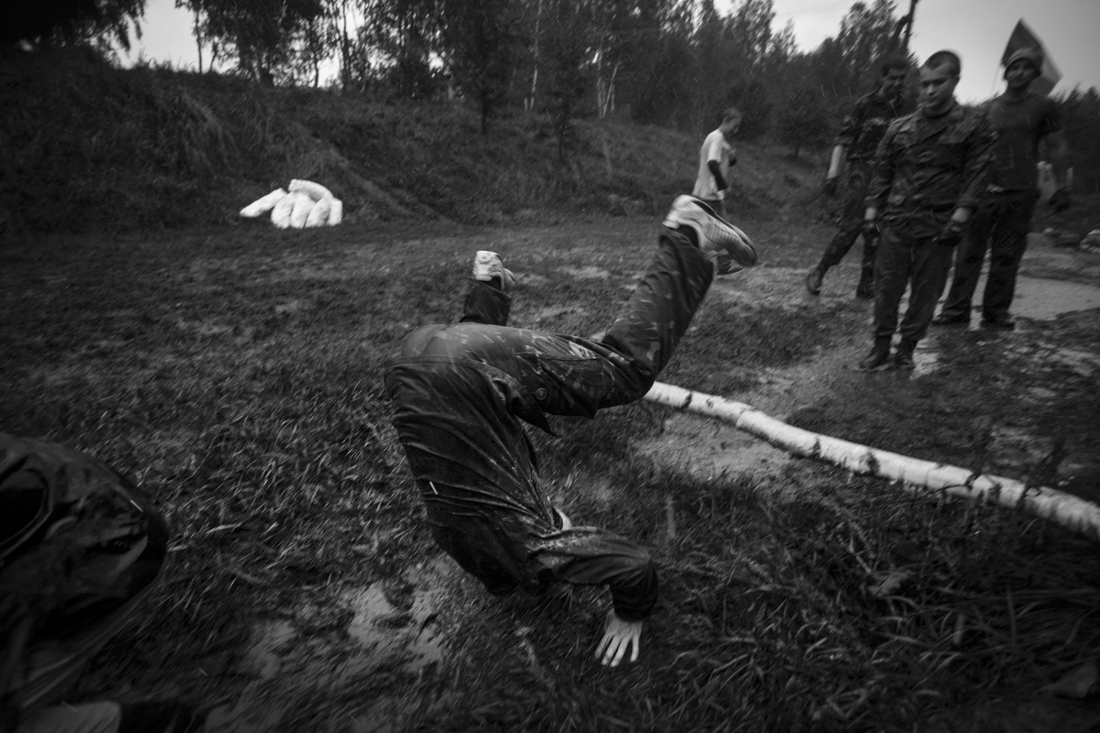 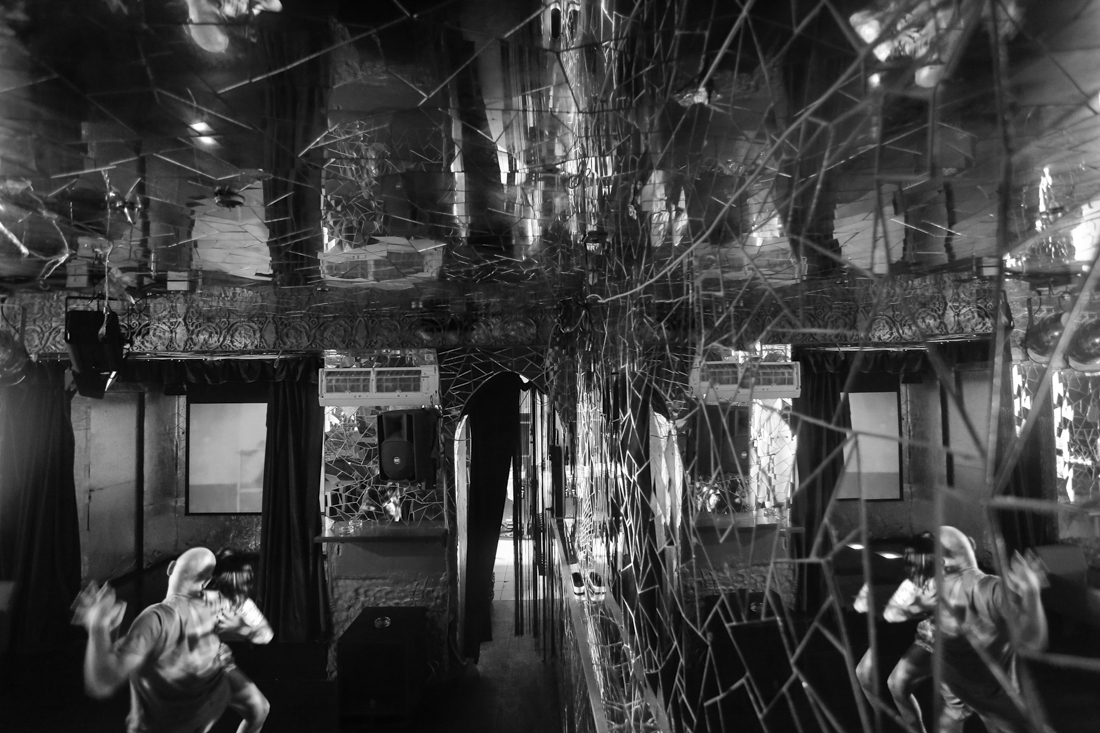 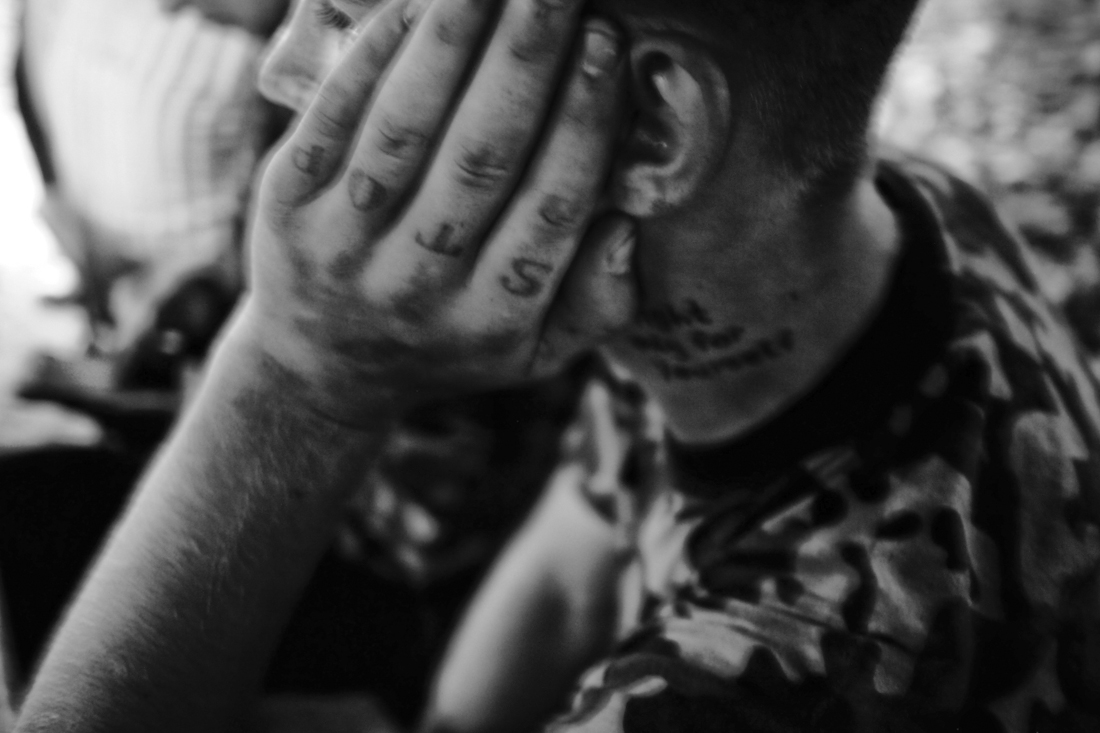 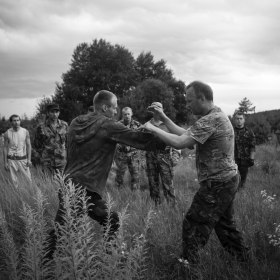 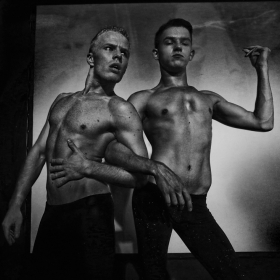 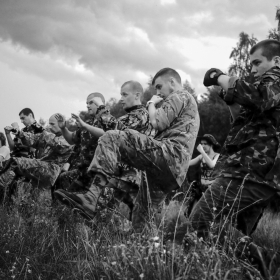 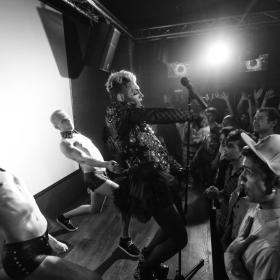 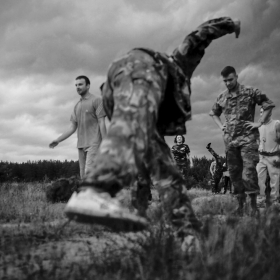 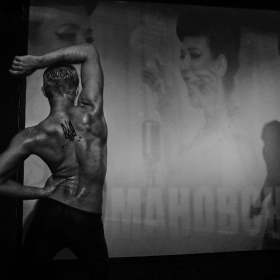 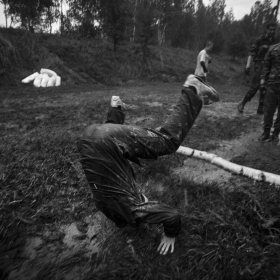 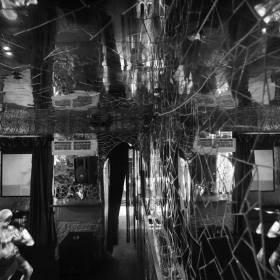 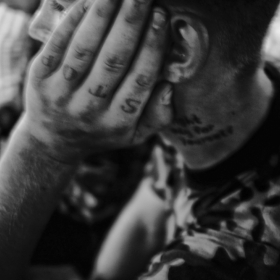 Stefano Stranges
The two faces of the rebellion
Share
Support this photographer - share this work on Facebook.
Ukraine, 2014. A country divided by internal tensions between those who look up to Europe and those who still feel a strong legacy (and attraction) to the neighboring former Soviet power, a country subject to international political pressure and torn in the east by a war more and more painful. In this alternate sequence of photos, we highlight the unexpected parallels between the movements of the militants of the Right Sektor, who train in a secret camp on the outskirts of the capital, and the dancers who animate the night shows in the most popular gay clubs in Kiev. Two sides which are so different – but which also could appear so similar, having seen a strong patriotism uniting them – Ukraine today.

About author:
I’m n Italian independent photoreporter.
In 2006, after a degree in Intercultural Communication, I started to work as photographer in Fashion/corporate and event/travel reportage.
Courrently I cooperate with various NGO’s in social photo-projects and with agencies and magazines in photo-documentary.
My works are published in various italian magazine like La Stampa, Jesus, Il Reportage, Rolling Stone, Left, Il Manifesto and several web-magazine focused in photojournalism and essay/documentary photography.
In January 2012 I attended a “Masterclass” of the renowned agency MAGNUM.
Over the last years I was invited to conduct several meetings on my photography projects, including a seminar at Pailan School of International Studies, Calcutta, january 2013.
In 2016 I started a long term project about the Elettronic supply chain. The first part of the reportage was focused on the mineral extraction in Nord Kivu (DR Congo) and was presented in the exhibition “The victims of our wealth” (Finalist project at Sifest Premio Pesaresi 2016, Onorable Mention at International Photographer of the Year 2017 e silver medal at Tokyo International Photography Award TIFA 2018).
In 2017 I co-founded the CollettivoX with other three photoreporters. It’s a collective focused in the teaching of photography.
In 2018 I won the “festival dei diritti umani” with my work “Le bambine salvate” and I started a long term partnership with Terre Des Hommes Italia.