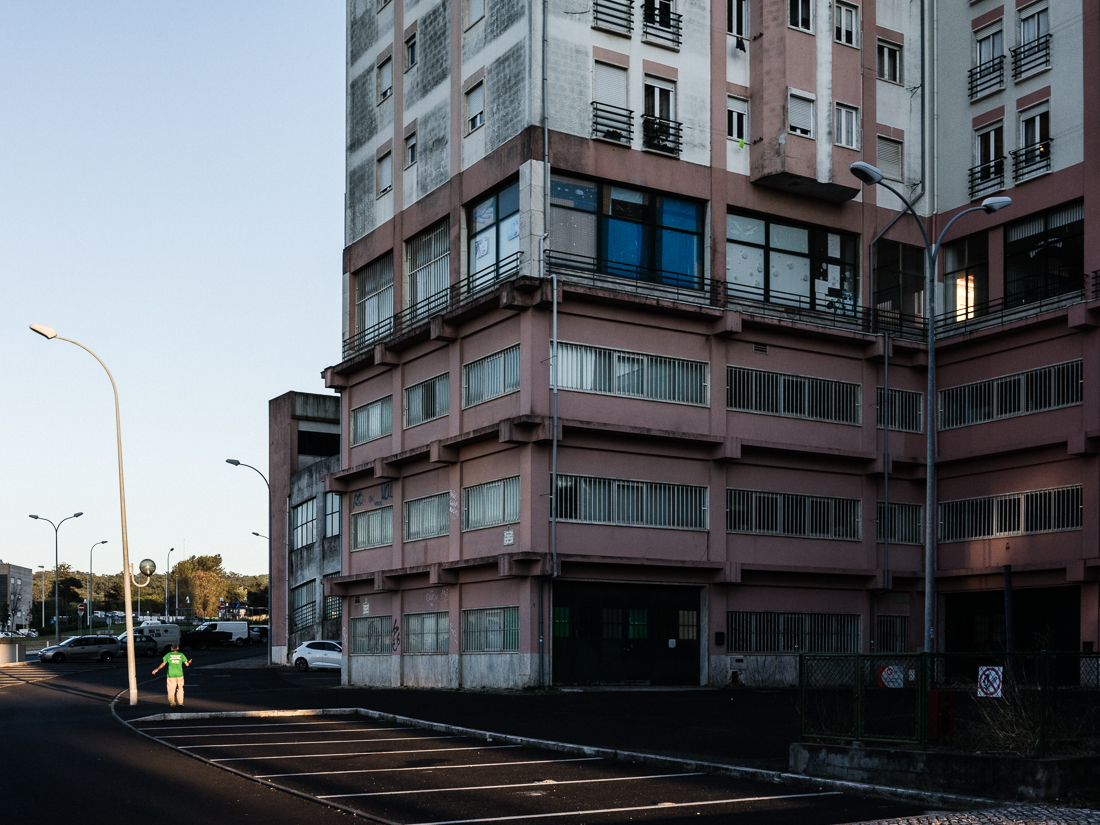 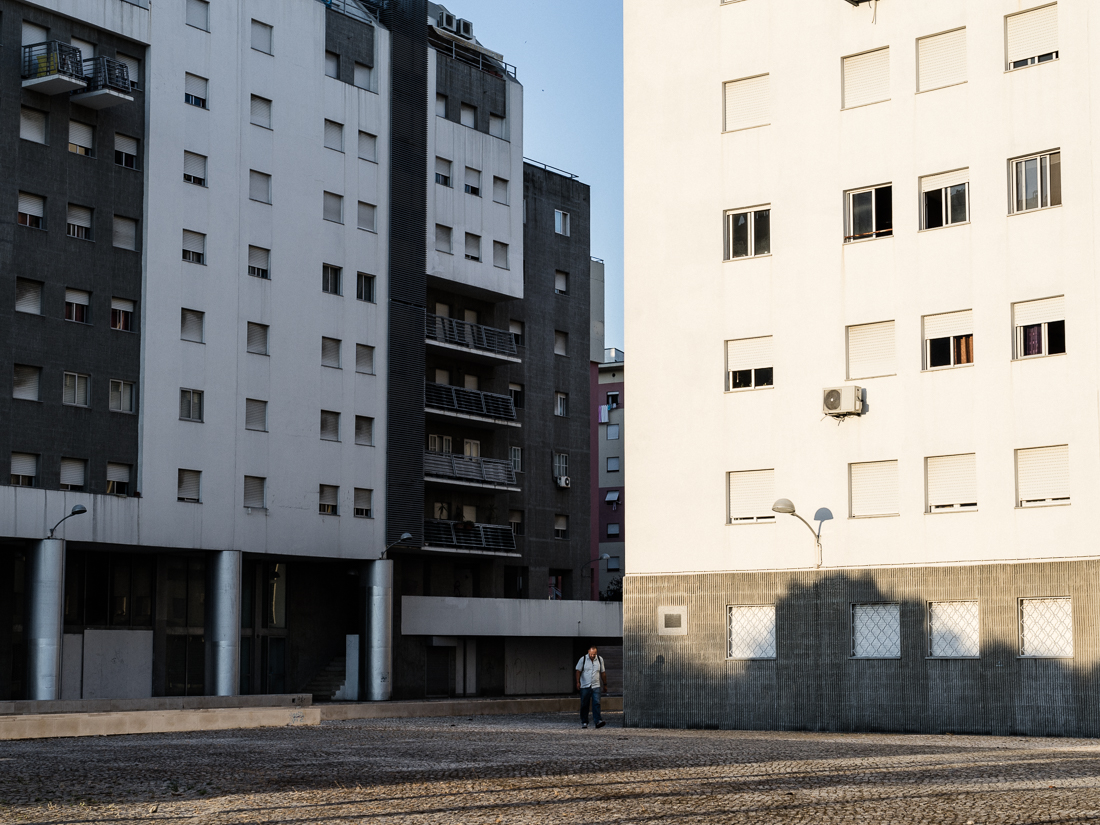 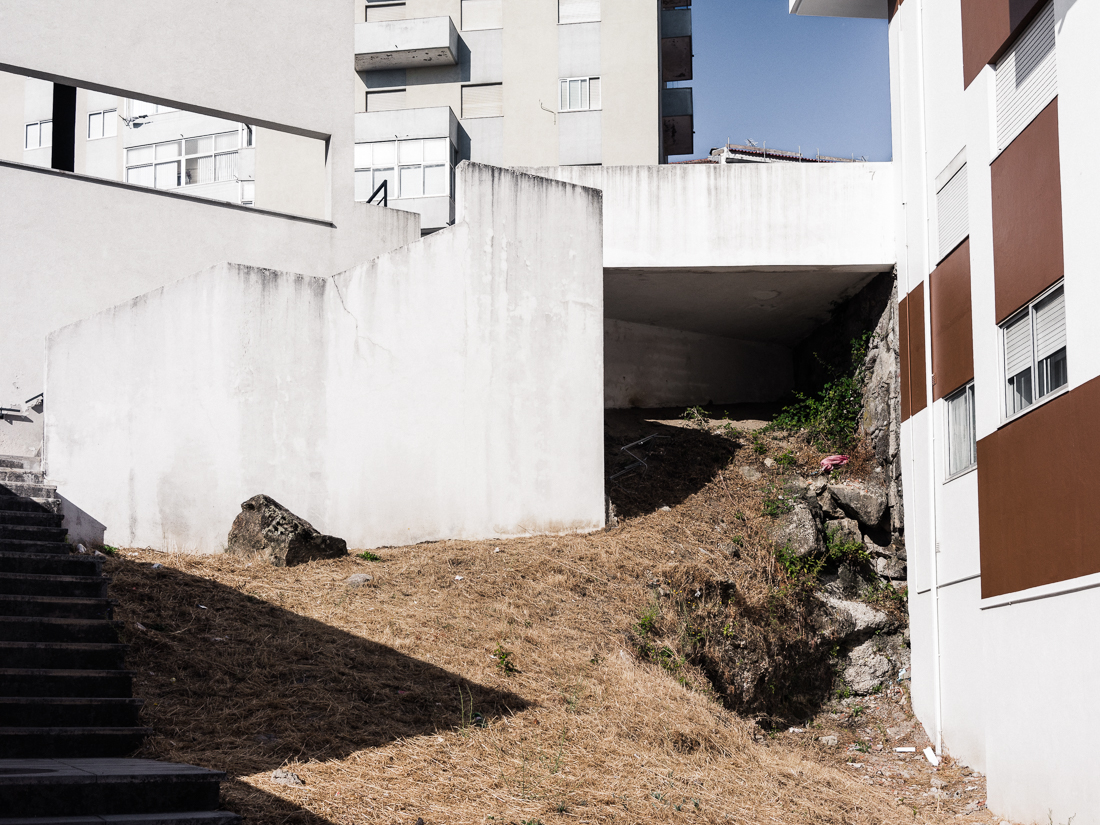 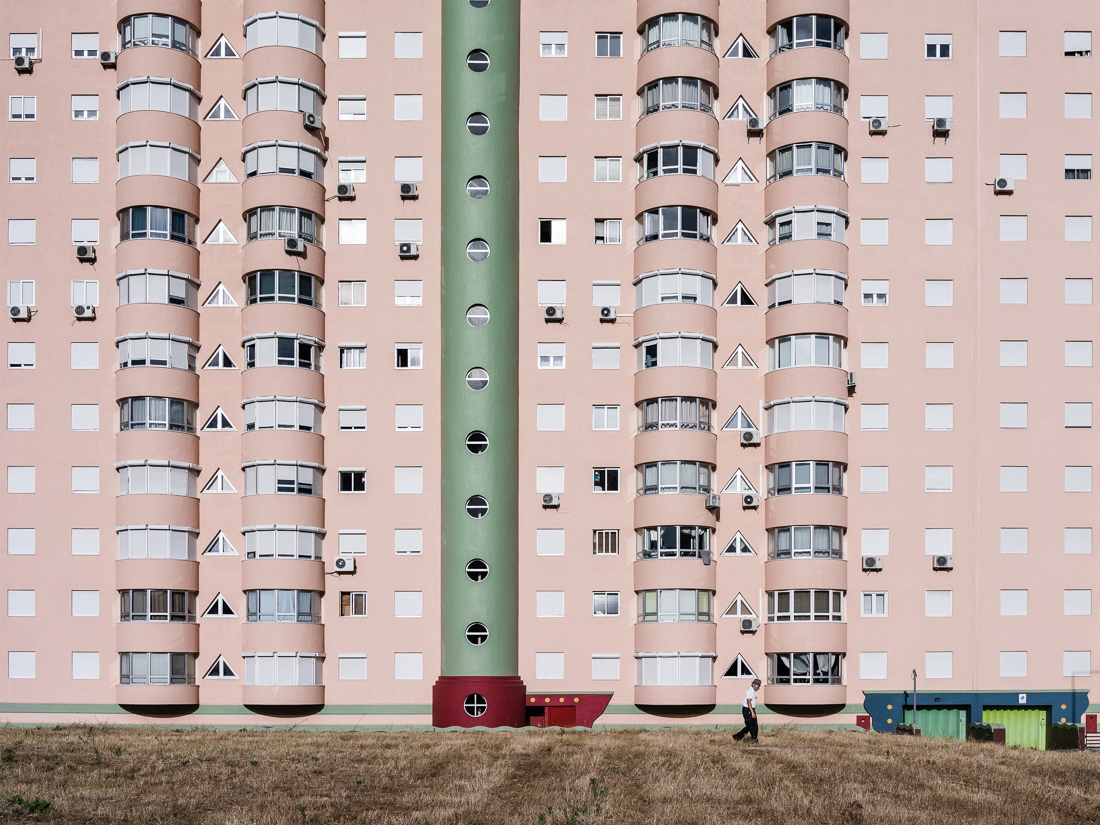 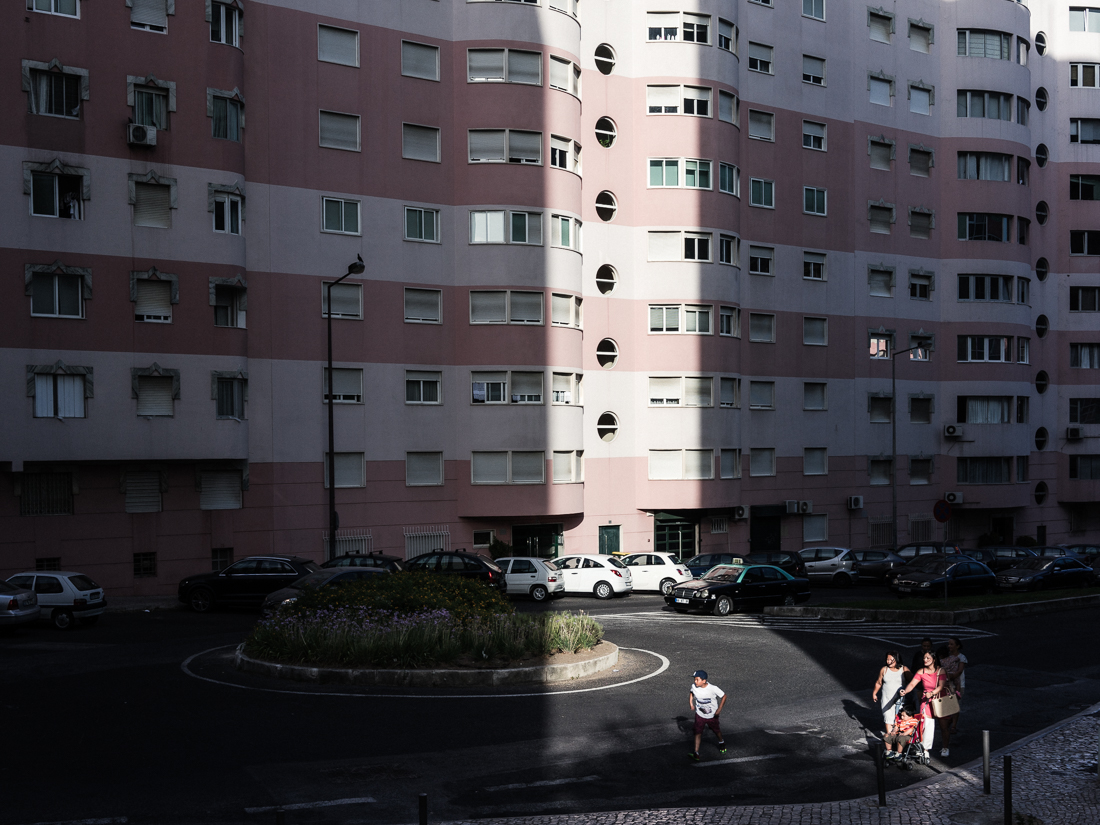 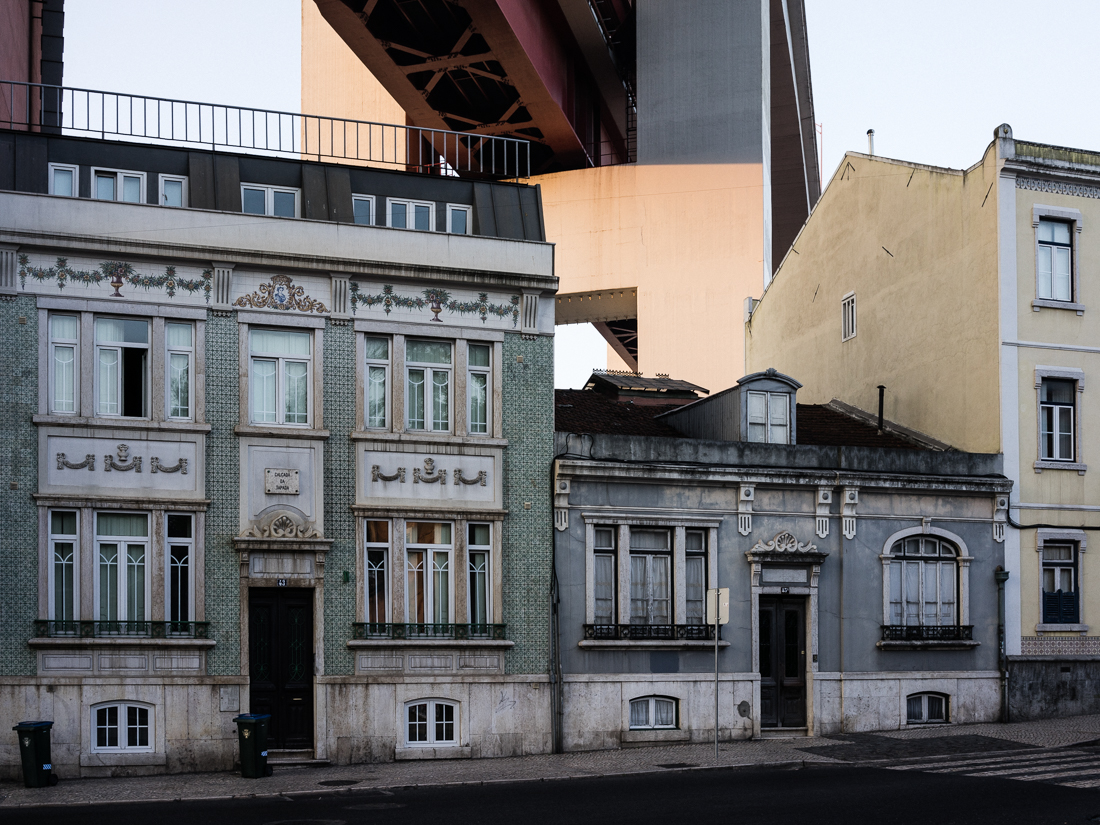 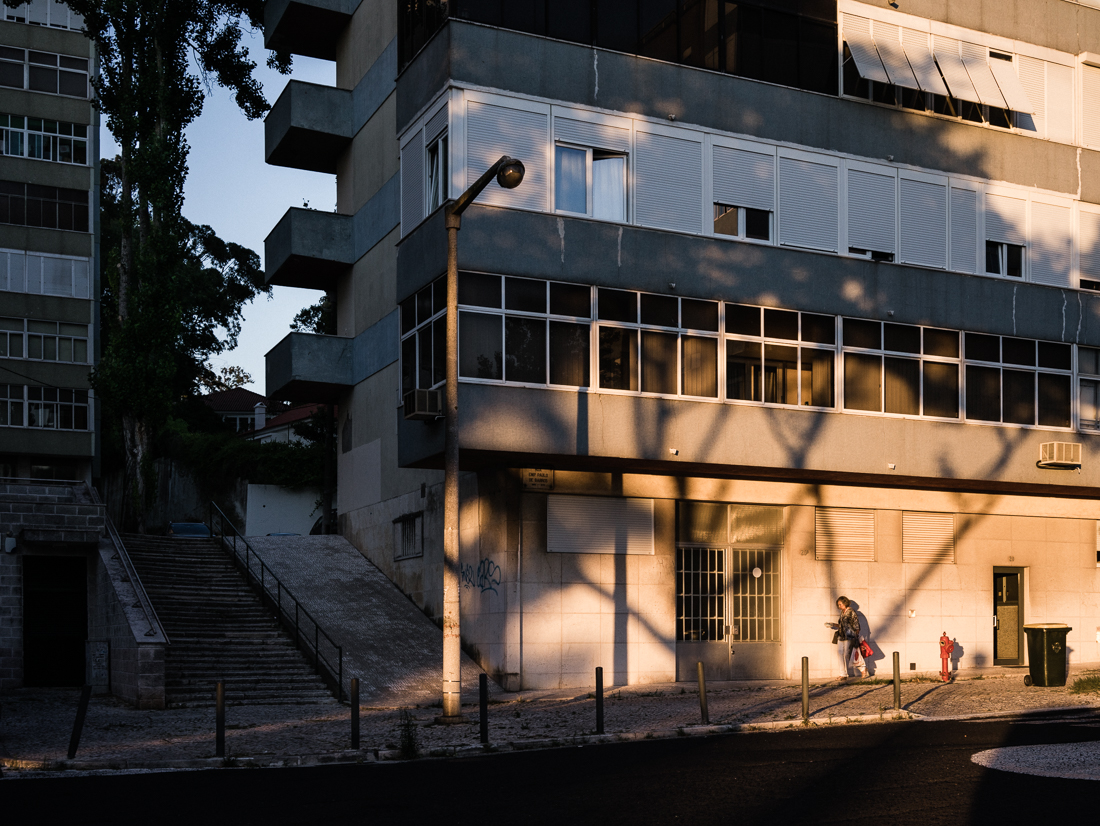 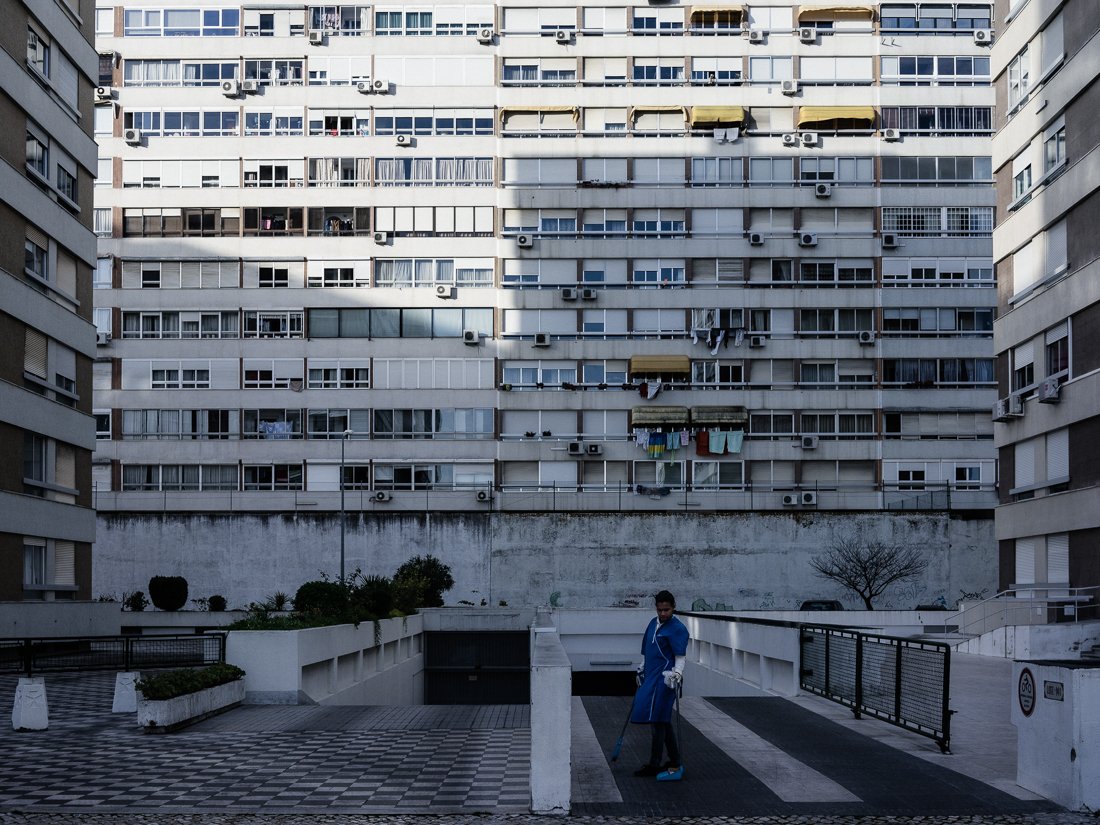 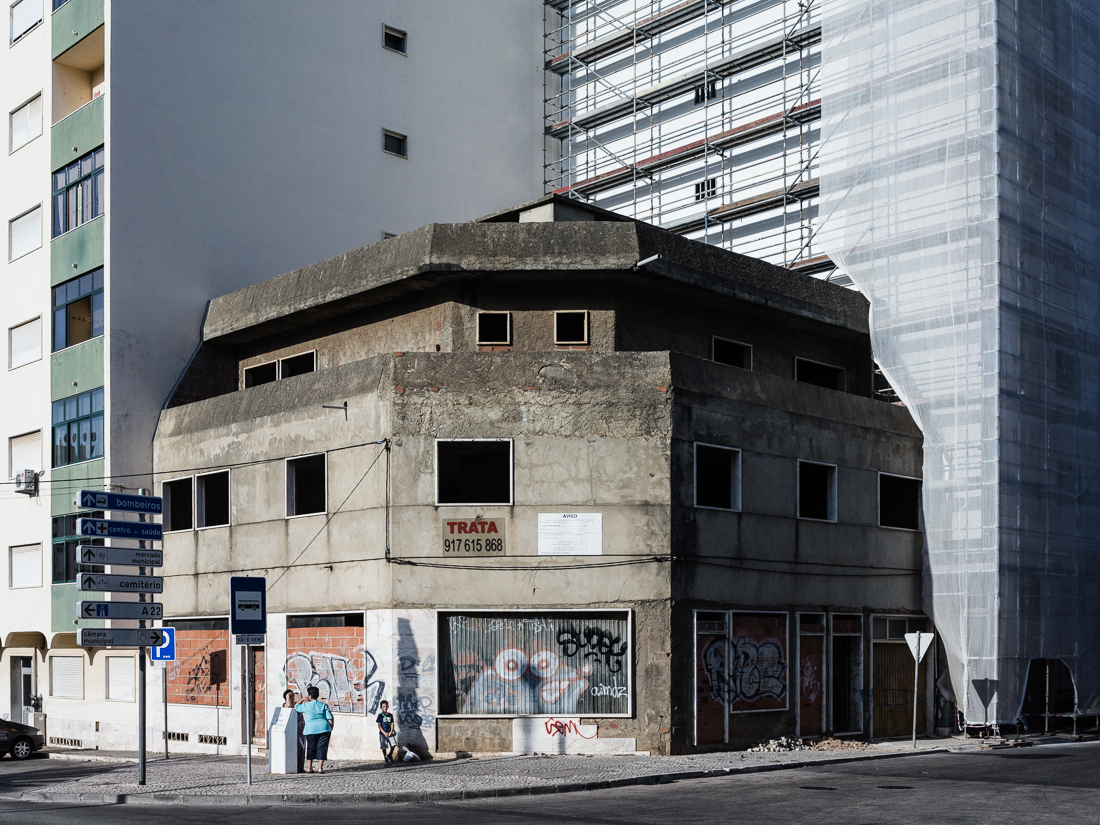 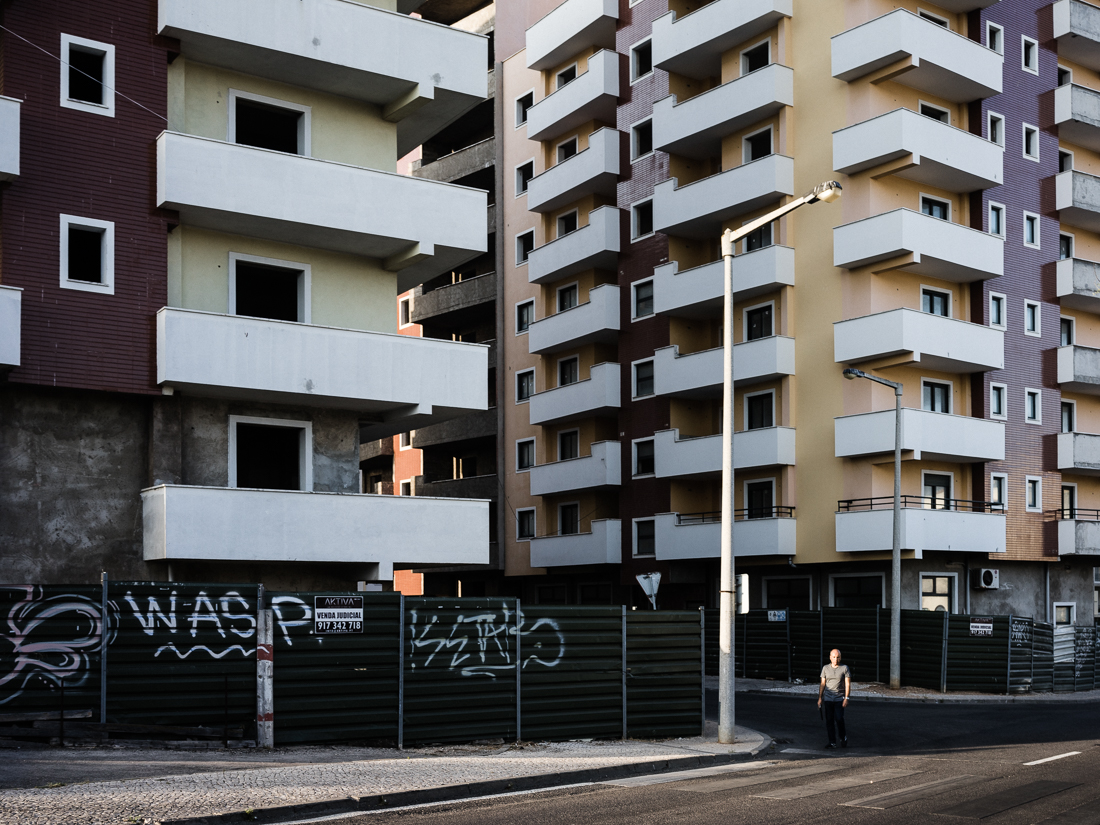 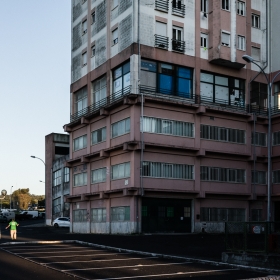 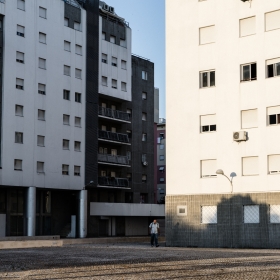 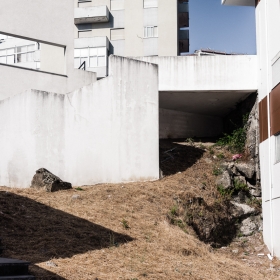 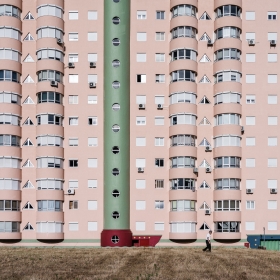 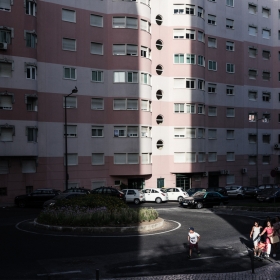 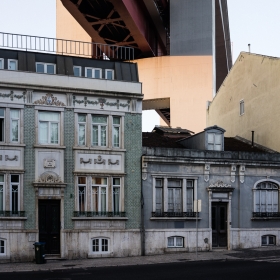 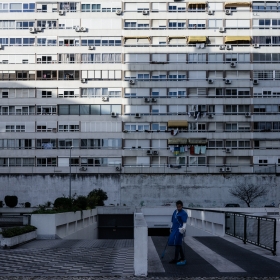 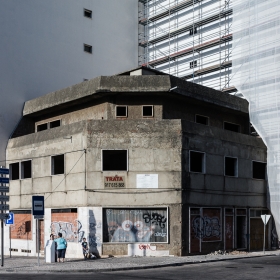 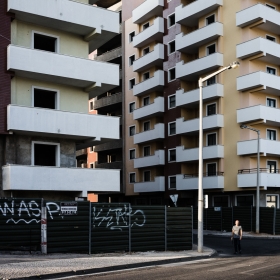 Ricardo Nunes
Places of disquiet
Share
Support this photographer - share this work on Facebook.
In 2016 and 2017 I travelled several times through Portugal, following old memories of places I might have been. Since I was born, I had to visit the land of my parents to spend time with distant relatives, who lived in commuter towns on the outskirts of city centers. Many images of my past are formed by rushing through unknown cities or small villages around the center of Portugal. For a long time, I couldn’t relate to the attractive stories I had come to hear about the country from others. At the age of 21, I explored for myself the historically overwhelming center of Lisbon for the first time. The images of a »Portuguese city« though, still arose from my former memories of places like Barreiro, Queluz or Guarda.

The urbanization of Portugal was accelerated after the fall of Salazar’s dictatorship in 1974. The following and abrupt de-colonialization of African and Asian countries brought many immigrants to Portugal. Housing shortage and accession to the European Union in 1986 consider­ably speeded up the modernization process and strongly shaped the appearance of Portuguese cities. Nowadays, lack of comforts like private space, supermarkets, parking spaces or increasing rental fees leave several historical districts abandoned. The ongoing financial crisis with rising poverty and criminality, as well as ghettoization, heightens the tense atmosphere. As news of forest fires and police raids were reported, I was told that the crisis and the heat are driving people crazy.

I discovered the travelogue »Journey to Portugal« by the Portuguese Nobel Prize-winning author José Saramago released in 1994. Saramago travels through hundreds of villages and cities. While he romanticizes historical architecture and landscapes, his writing is scattered with narrations of buildings that appear like “neurotic dreams”. It seemed then, that Saramago was describing the Portugal of my childhood.

It became important to decipher and describe this discomfort towards Portugal. A country with a formerly glorious past. Seemingly empty cities. A state of continuous melancholy. A fear of being spoken to. A fear of revealing that I am a foreigner. The light isn´t warm, it scorches skin, trees and landscapes. This journey to Portugal is an exploration of the feeling I carry — a simultaneity of foreignness and familiarity. The photographs are a portrait of a country I am choicelessly connected to. The loneliness that overcomes me in Portugal still has no release.

About author:
Lives in Witten and Bremen, Germany