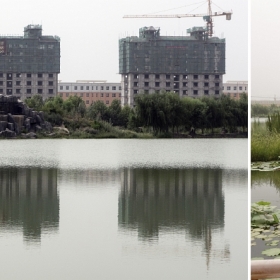 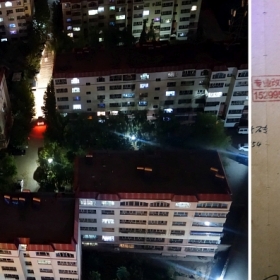 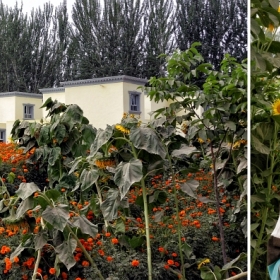 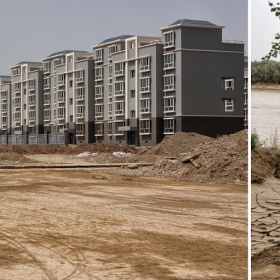 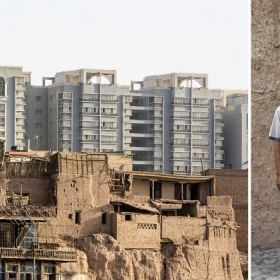 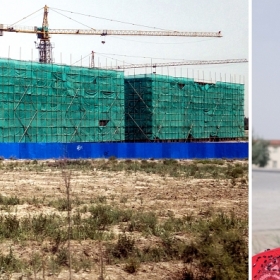 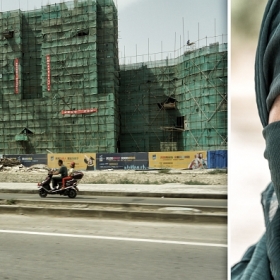 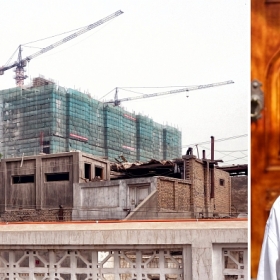 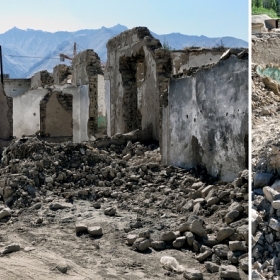 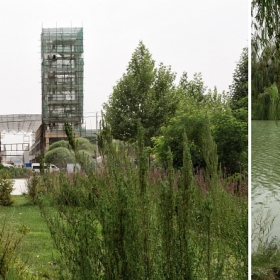 Tahir Ün
Re-Construction
Share
Support this photographer - share this work on Facebook.
Uygur Autonomous Region in China has a population of about 25 million, among whom 60 percent are ethnic minorities. I had a chance to visit the Uyghur Autonomous Region including Urumchi, Ili, Bortala, Altay, Changji, Aksu, Avati, Kasgar, Tashkurgan, Aksu, Kizilsu autonomous administration, speak with and photograph many people with diverse ethnic origins like Uyghur, Han, Kazak, Hui, Xibo, Tajik, Kirghiz and Mongol, who lived in these regions.

In an interview I studied, a member of Xinjiang Academy of Social Sciences, sociologist Turgunjan Tursun noted that the development programs focusing on market economy were creating a gap between better-educated and socially close Han and Uyghur peoples[1]. However, it is possible to see serious investments by the government that could help grow the economic prosperity and fair sharing of the wealth, which I think could significantly help close the gap noted by Tursun.

Nowadays, Chinese government and private investors make significant investments for the urban transformation, development and modernization of this region. The new public spaces, public housing and industrialization change considerably to the lifestyle in the region.
The main problem is about modernisation of urban and rural life. So, I want to determine the boundaries between the contemporary and traditional life-styles and also urban and rural life during this transformation.

Can the people of this region adapt to this situation?
Maybe, this is an most important question.

About author:
Tahir Ün was born in Turkey. He holds a BA degree from Language and History-Geography Faculty of Ankara University, where he studied History of European Arts.
He is a co-founder of Institution of Photography Art (FSK) since 1994. His photographs are published in many magazines such as “Foto” Magazine by Revista Foto S. L. , Madrid, Spain, “Zoom Inter_national” Magazine by Progreso Fotografico Editrice, Italy and “Foto Kino Magazine tillaeg International Photography” by Konkordia Kvissel, Denmark since 1983 and accepted to some collections such as Istanbul Modern Museum, Polaroid Collection, Ransom Center Photography, State Museum of Majdenek and Rhizome Artbase.
Tahir Ün published four books titled “Imagined Views/Moments of Revulsion” Photographs (1990) and “The Poetic Introduction of Representation of the Hidden Photograph” Poems (1995), “Xinjiang : My Ancestral Land” photographs (2012) and “Ali” photographs (2014). In addition, his articles about image theory are published in various Turkish art magazines since 2000. His works have been displayed in numerous worldwide events including 27 one-man exhibitions.
He has been working periodically at Xinjiang (Uighur) Autonomous Region of China, Balkans, Caucasia and Turkey as a freelance photographer and videographer.
Tahir Ün is currently active also in new media arts and an instructor in the Radio, Cinema & Television Department of Communication Faculty at Yasar University.

He received some photo and video awards and distinctions are below: