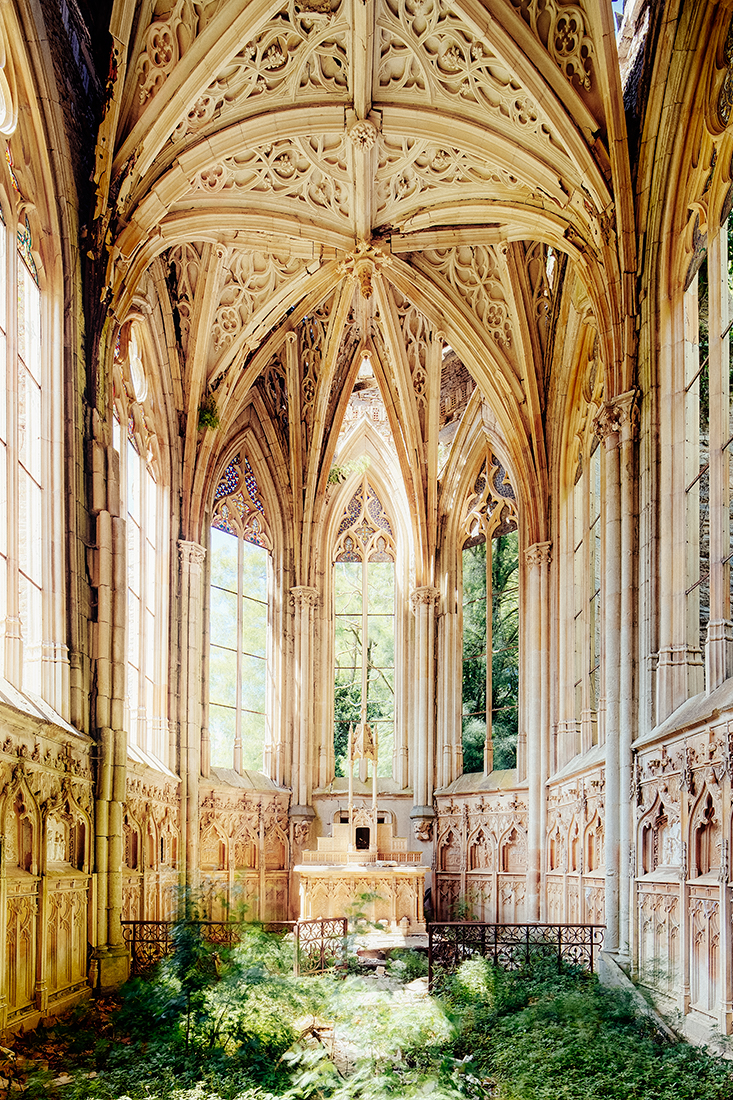 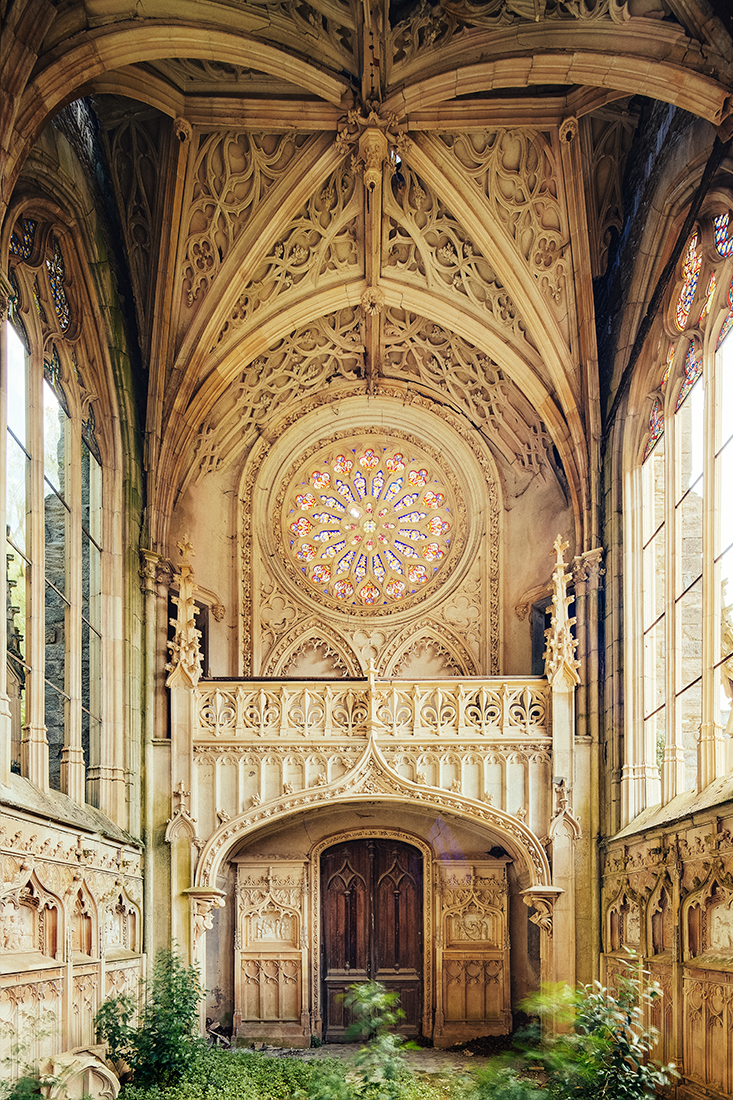 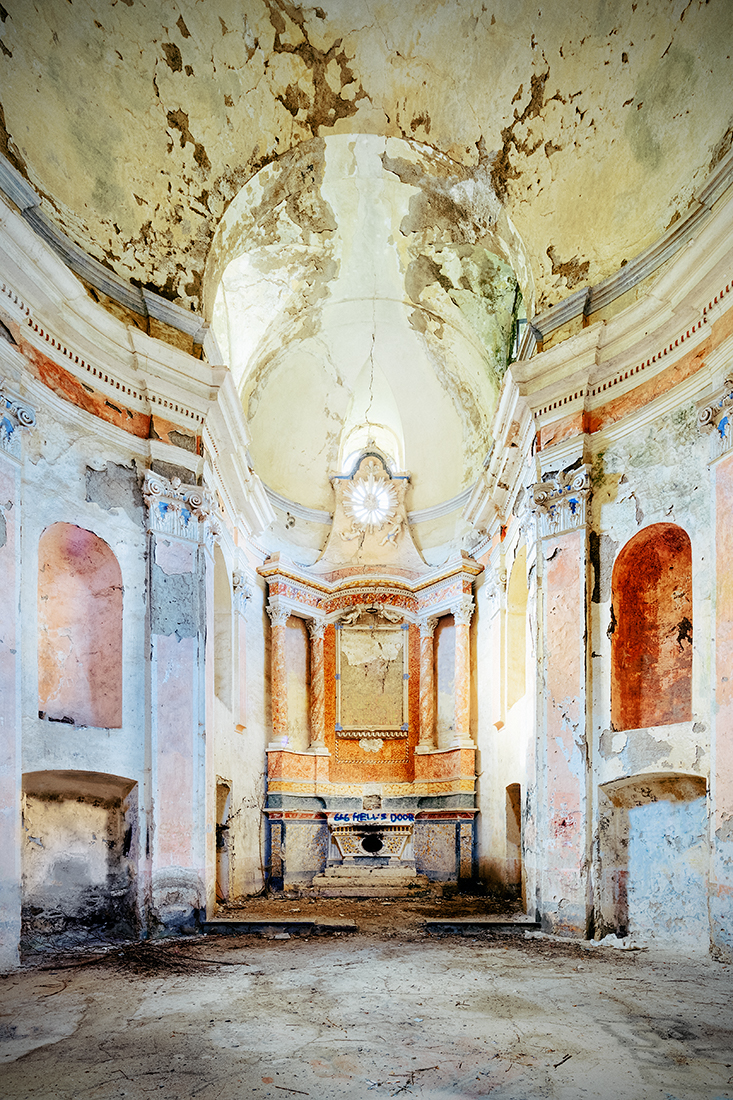 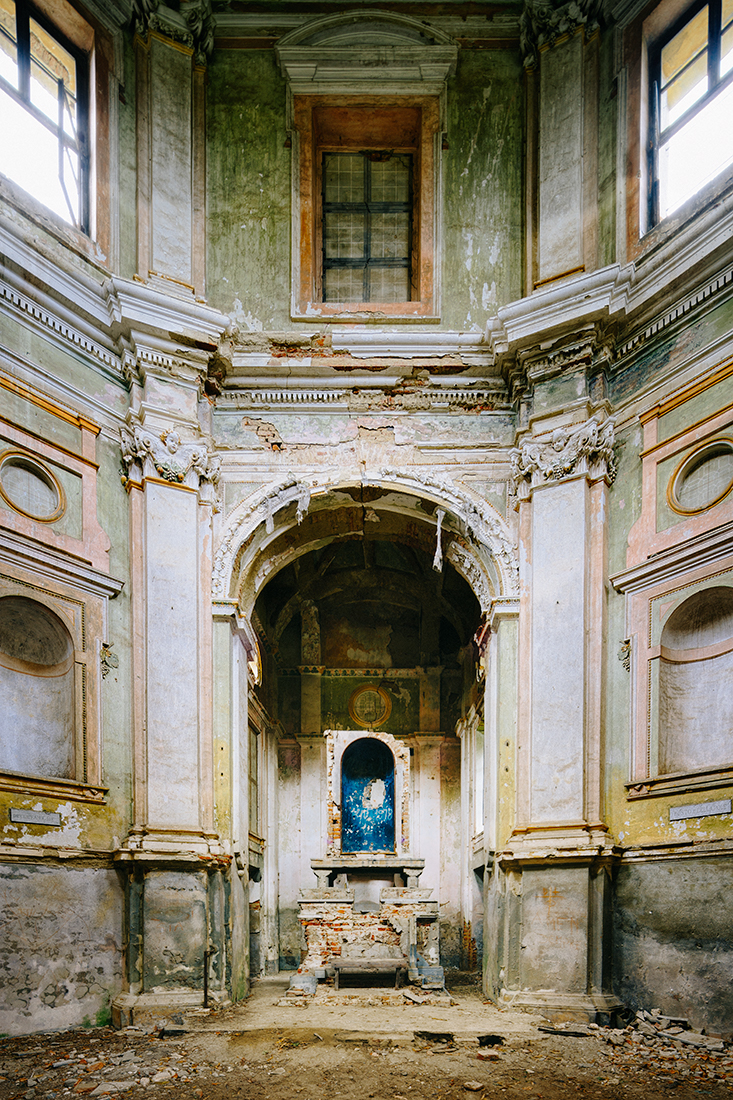 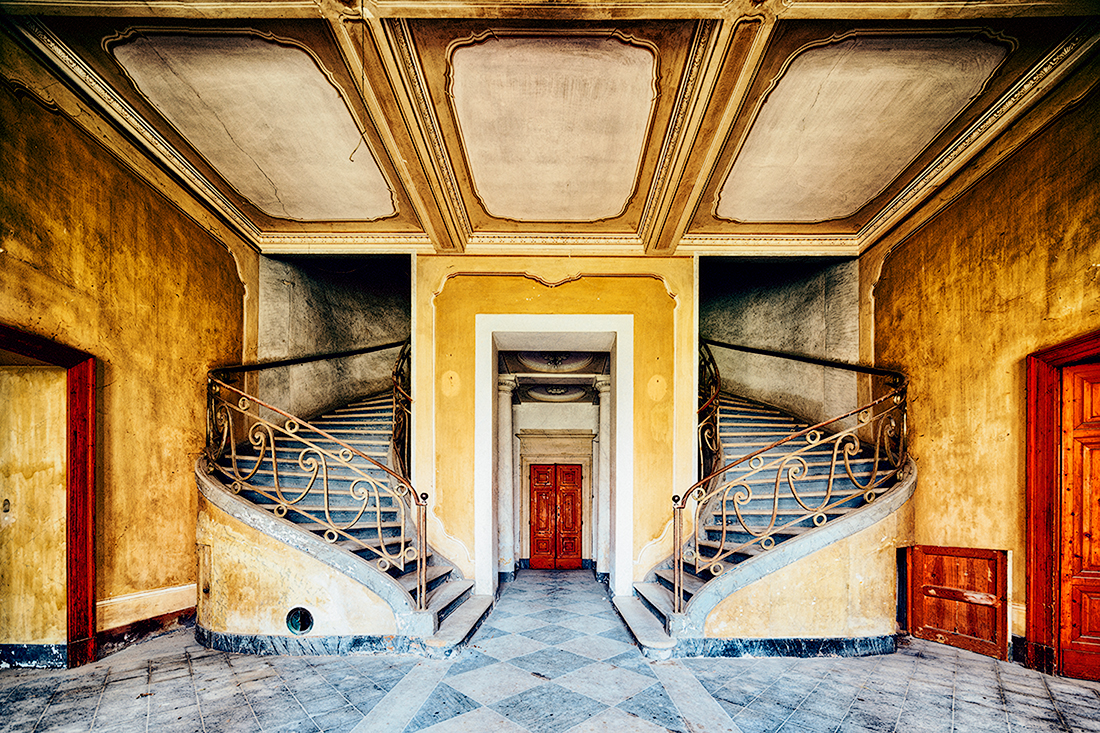 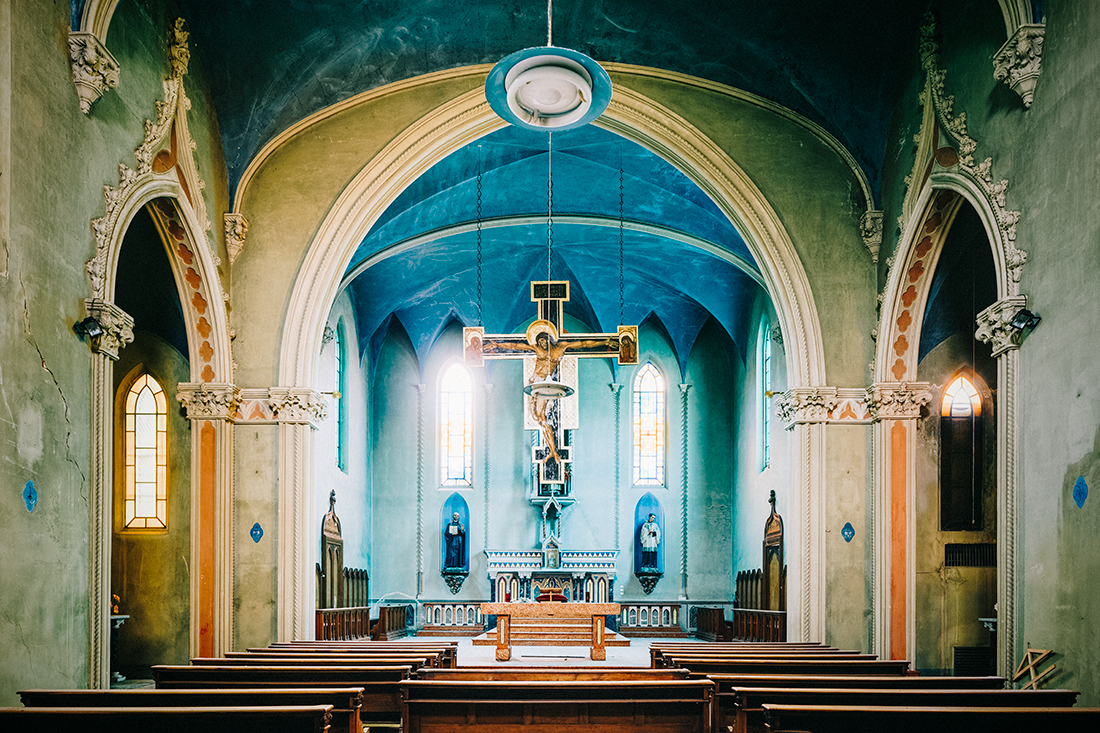 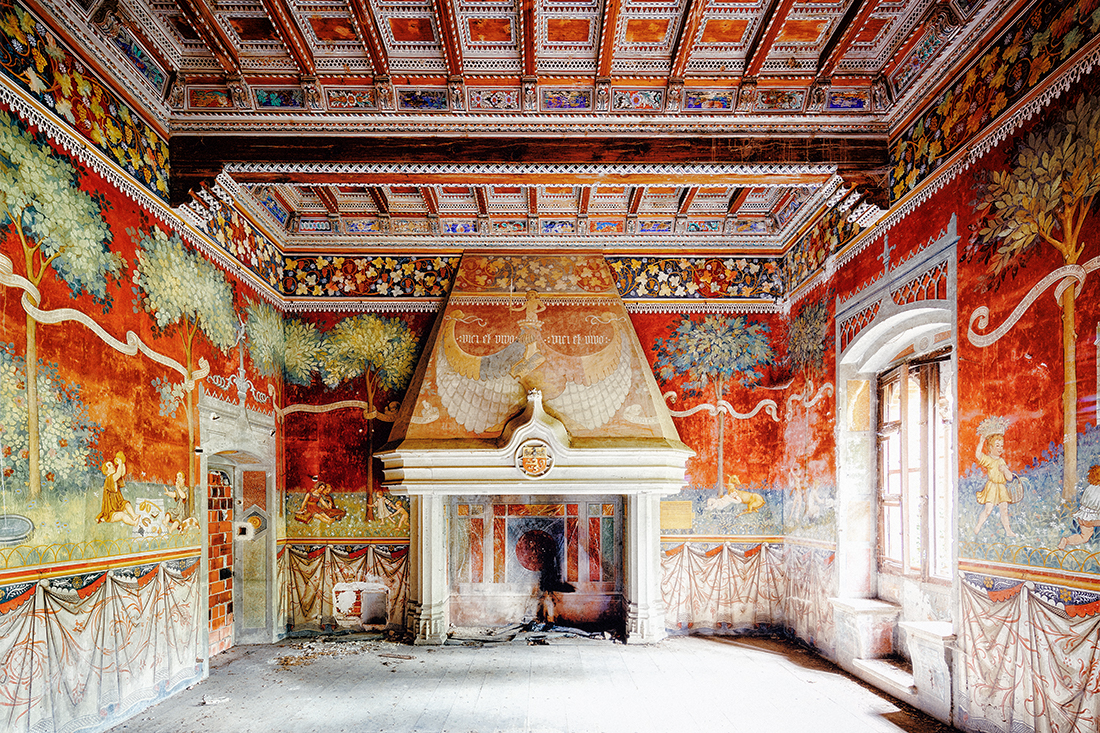 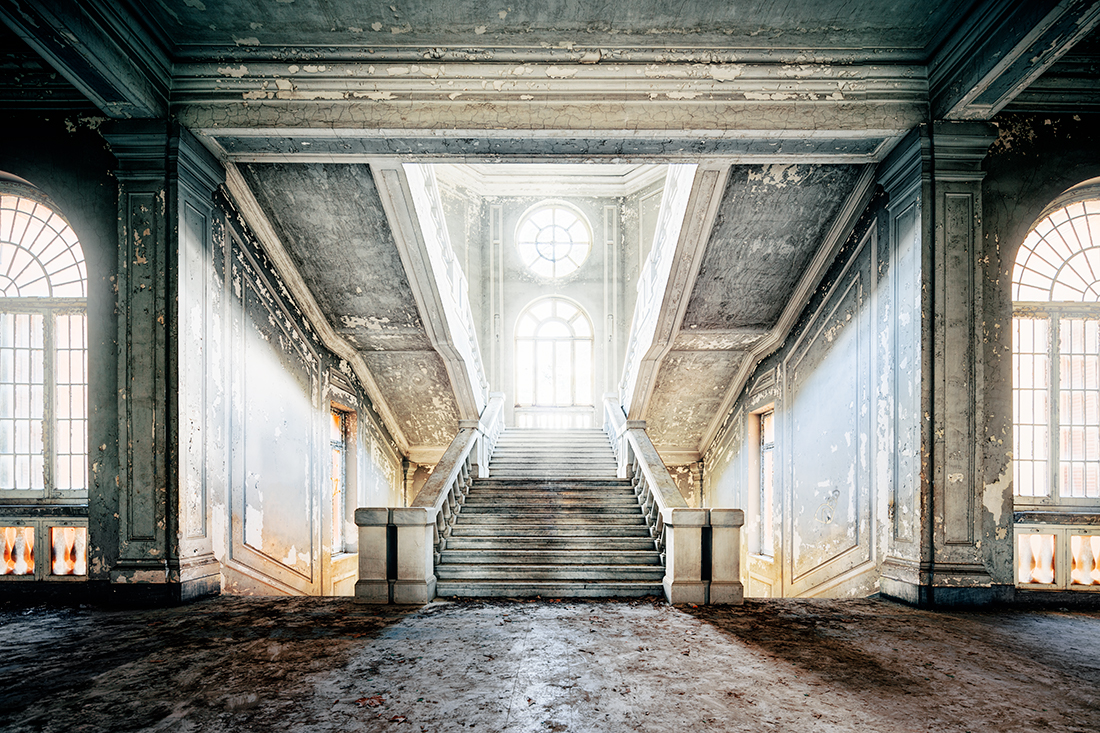 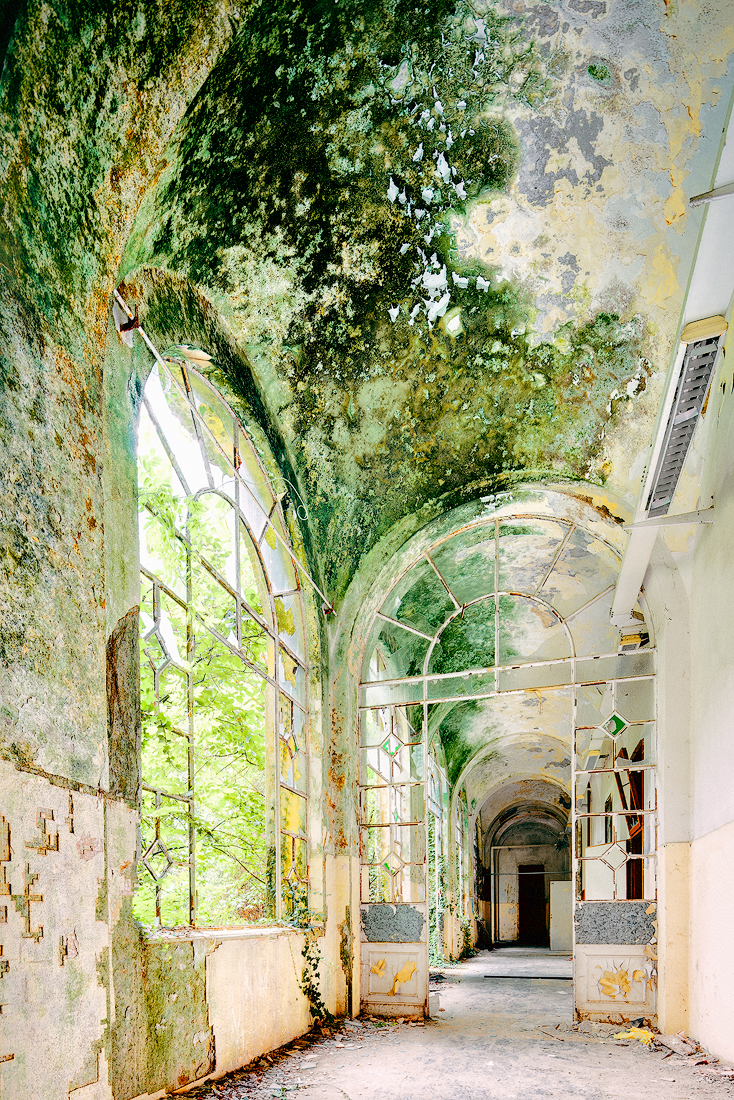 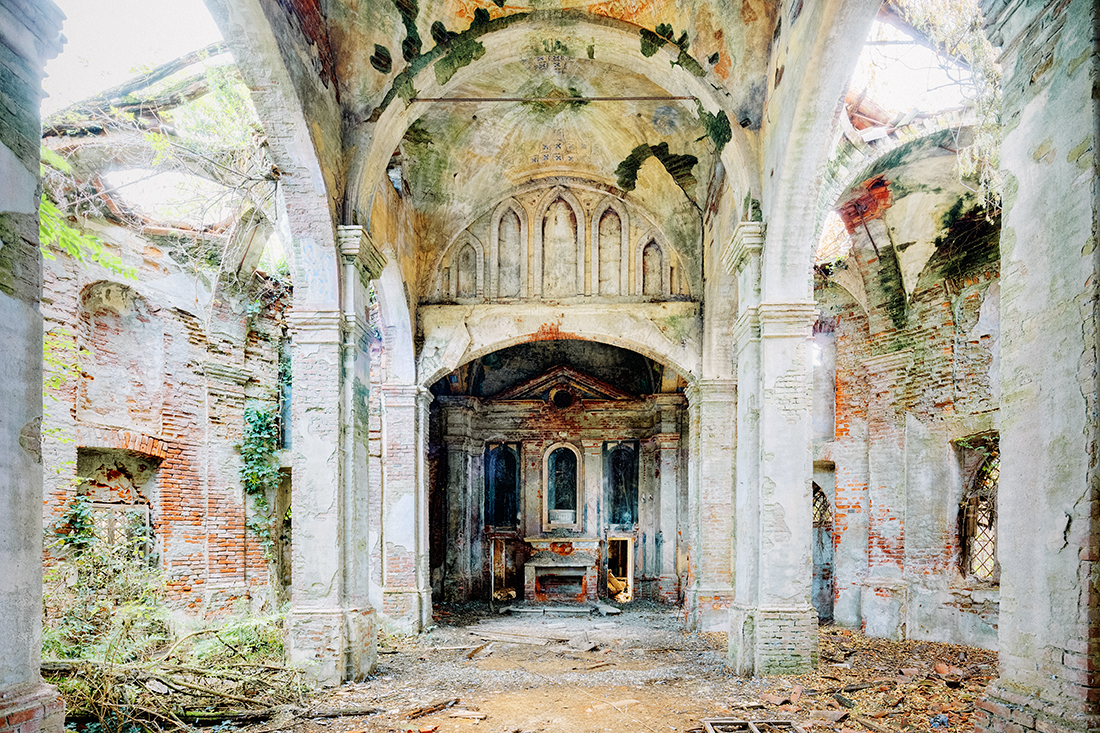 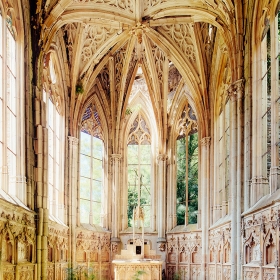 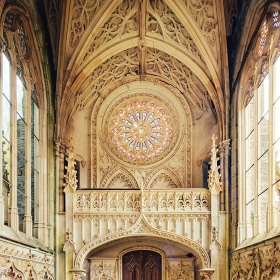 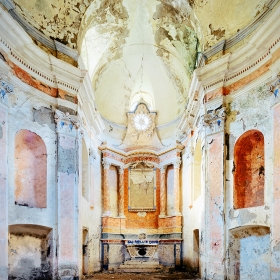 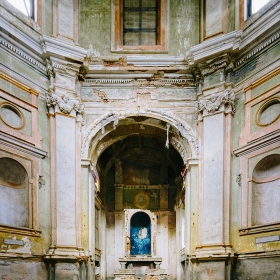 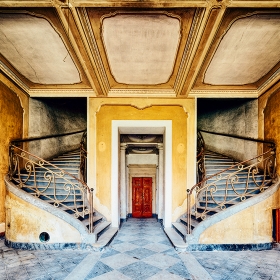 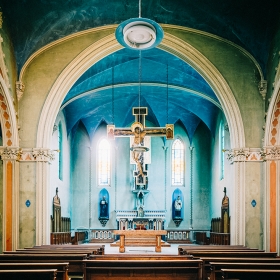 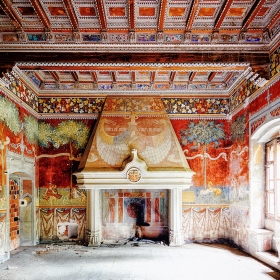 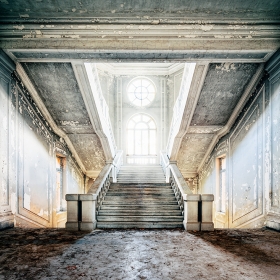 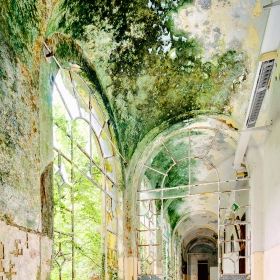 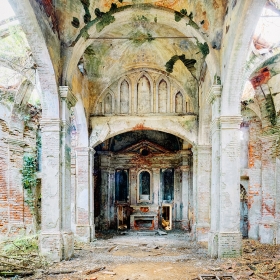 Desires of grandeur (2015)
The mood of a lost desire. The Invidia series delves discreetly into the intimate settings of human activity. In domestic or spiritual settings, the people captured seem to have accepted the new items of clothing that time has offered to them. All with one common denominator: a clear and accepted grandeur of a bygone era. Meanwhile, the inspiration of their new lives suggests a supplication to the present: an infinite grandeur going by the name of “eternity”.

About author:
When dilapidation becomes a fifth dimension and ruins reveal their souls, the subject is no longer image but pure emotion.
Martin, who vibrates more to the sight of decaying buildings than to the slick smile of the Mona Lisa, sees neither landscapes nor objects. His eyes only perceive the personality of each place, in all its pathetic or grandiose singularity.

There is a paradox between the magnificent presence of the buildings and the indifference which leads them towards their inexorable end. When highlighted by the lens, this gap gives the building a second life through photography. A moment of ultimate and eternal truth.

It is the history of a journey. Since his birth in 1988 in Toulouse, in the south of France, Martin has cultivated his love of the image. Or perhaps he has become its prisoner?
Regardless of the means of expression given to his creativity, whether it be drawing, painting or sculpting, his hand has always scrupulously obeyed his eye. Or his mind.

His studies in a school of special effects at the end of the 2000s gave Martin another string to his bow. This experience was concluded by the participation in the production of a short film that was very well received and which generated a great deal of interest across the Atlantic.
Fortunately, once it has been acquired and become your friend, technique can remain modest and stay in the background.
Like the eye of the lens that is an extension of Martin’s own eye to capture the natural mood of the moment.

This is what Martin appreciates the most with photography: this ability of immediate creation which allows him to concentrate on the essential – composition and light – to give life to the place by enfolding it in his vision. It is like a first improvised love affair, when the intuition of the meeting takes over from reason and technique.
There is always time afterwards, once calm has returned, to touch up and improve the sensitivity of the original image to give it the maturity of the work of art. And to reveal the essential.

Because the essential is often a fleeting impression, a ghost of reality. And Martin has a passion for these ghosts. Not those that pretend to haunt unlikely residences. No. His favourite ghosts are those space-times that are ignored by ordinary life – abandoned, forgotten and yet deeply present.
So present are they that these snapshots reveal a tenderly nostalgic atmosphere, like a poetry of remembrance, the vestige of the evaporated activities of a fragile humanity.
This redemption of places that are both timeworn and witnesses of another existence provides Martin with a feeling of personal satisfaction and accomplishment that borders on fulfilment.
How could it be otherwise when a beauty that we were no longer expecting suddenly appears out of the rubble or from a vault opened onto an infinite horizon?

Between a pictorial and cinematic approach, these forgotten monuments seem to enjoy posing for the lens of the artist by offering him the opportunity of the special pictorial aesthetics, so plastic and often symmetric, that he loves.
Martin’s works feast on the effect of these atmospheres which evoke the end of an era or the sunset of civilization. They are supported by these crumbs from our collective memory to extract their non-conventional atmosphere. That of the weariness of places whose facades have long since abandoned any trace of makeup.

But have retained all the beauty.