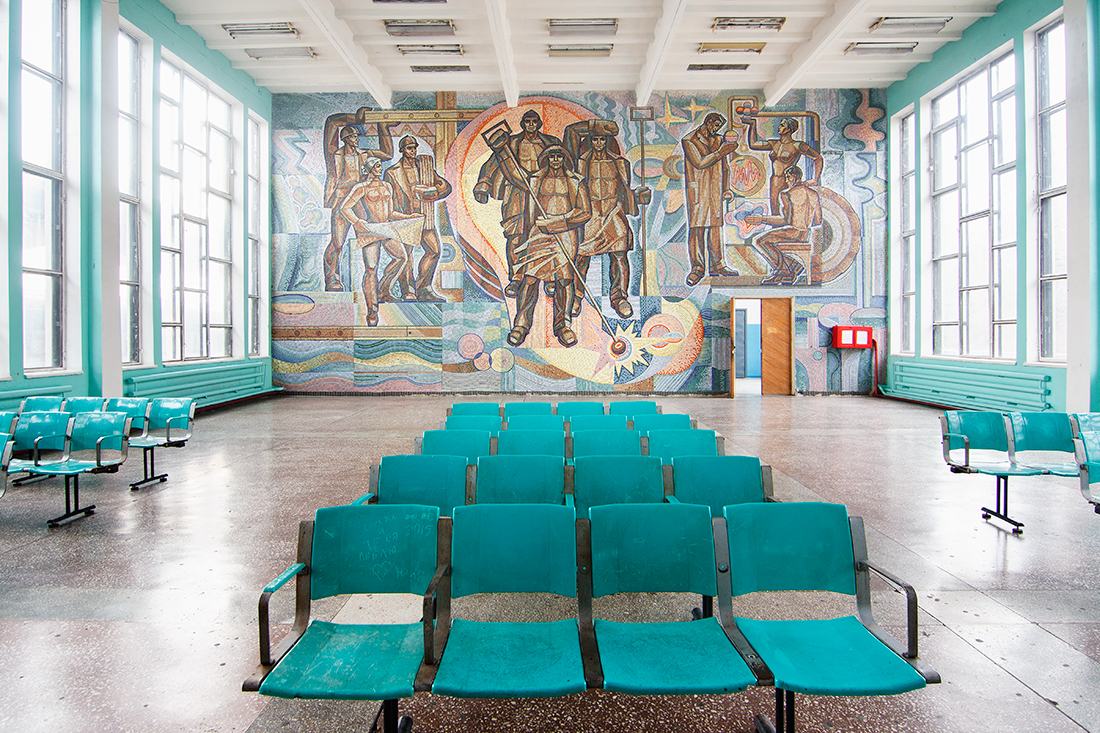 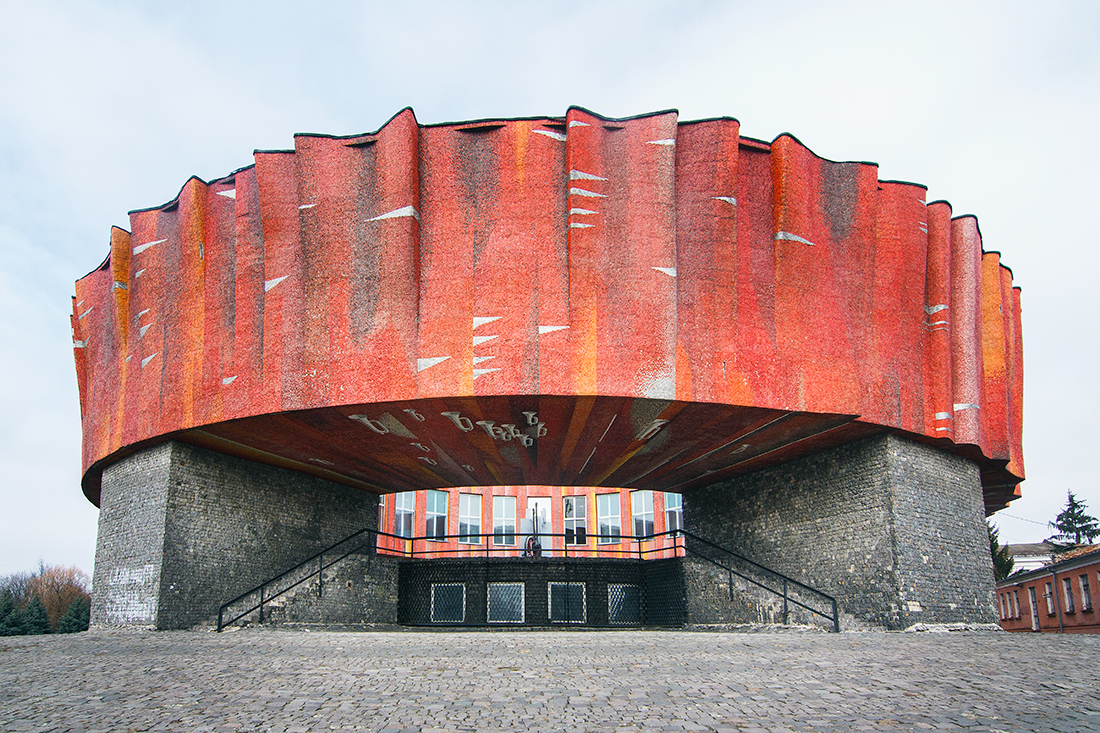 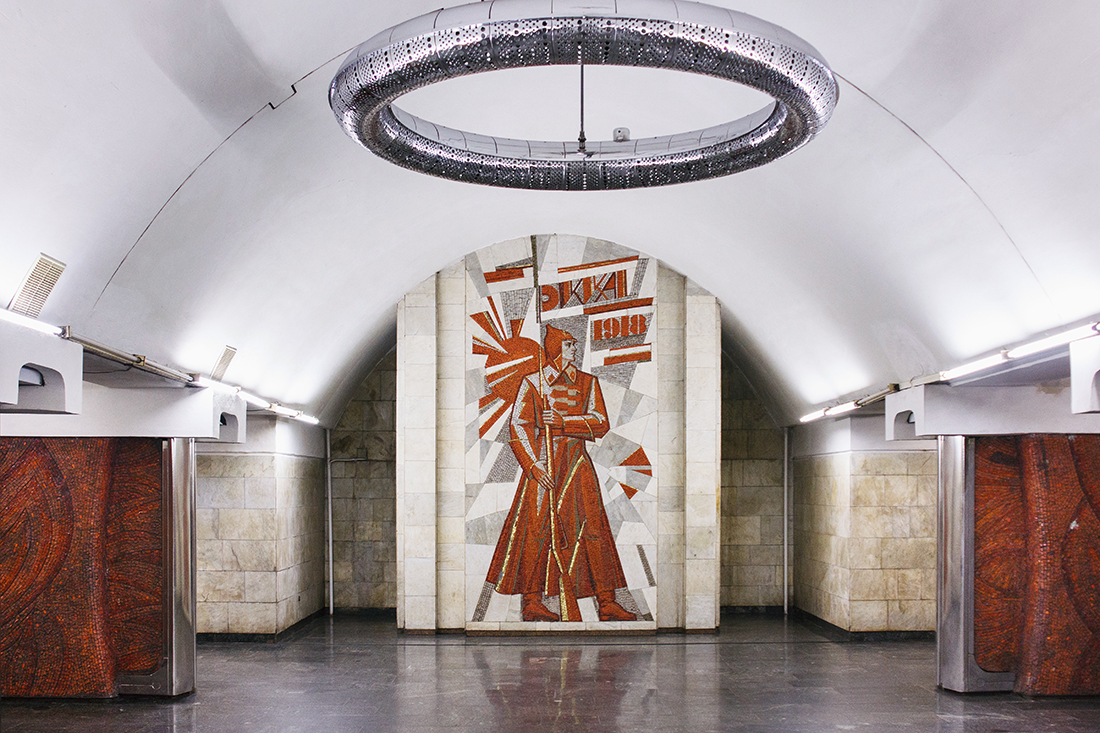 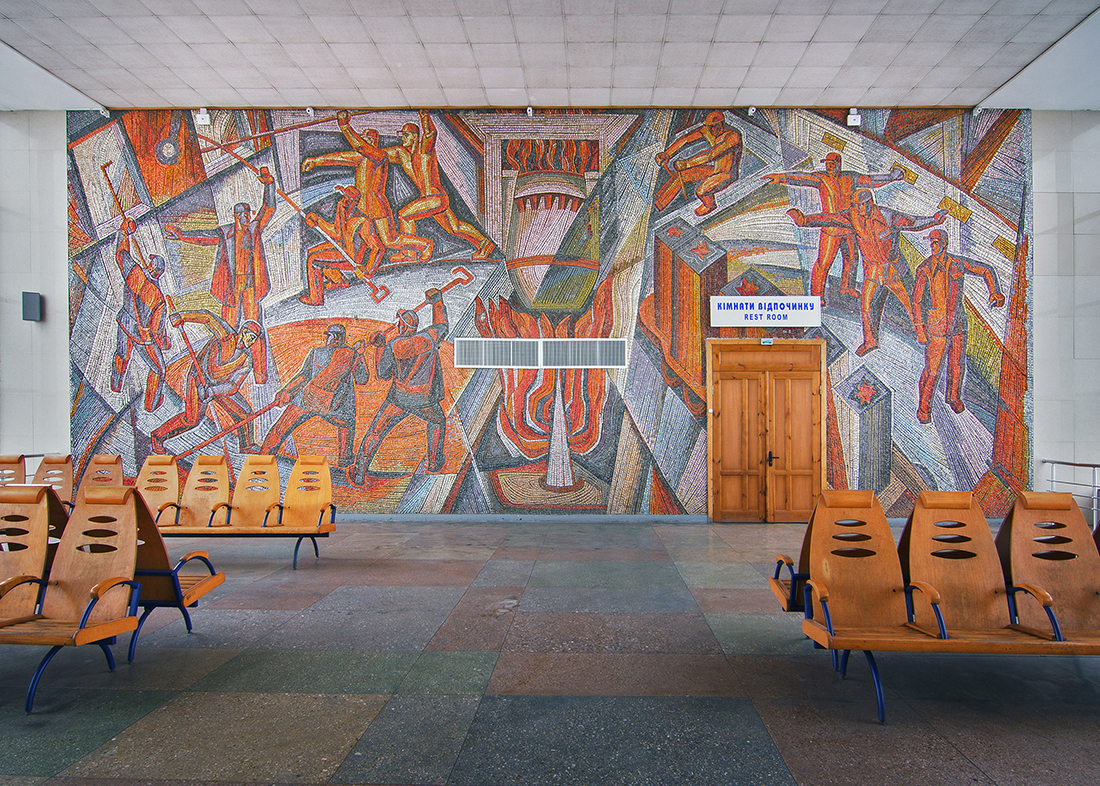 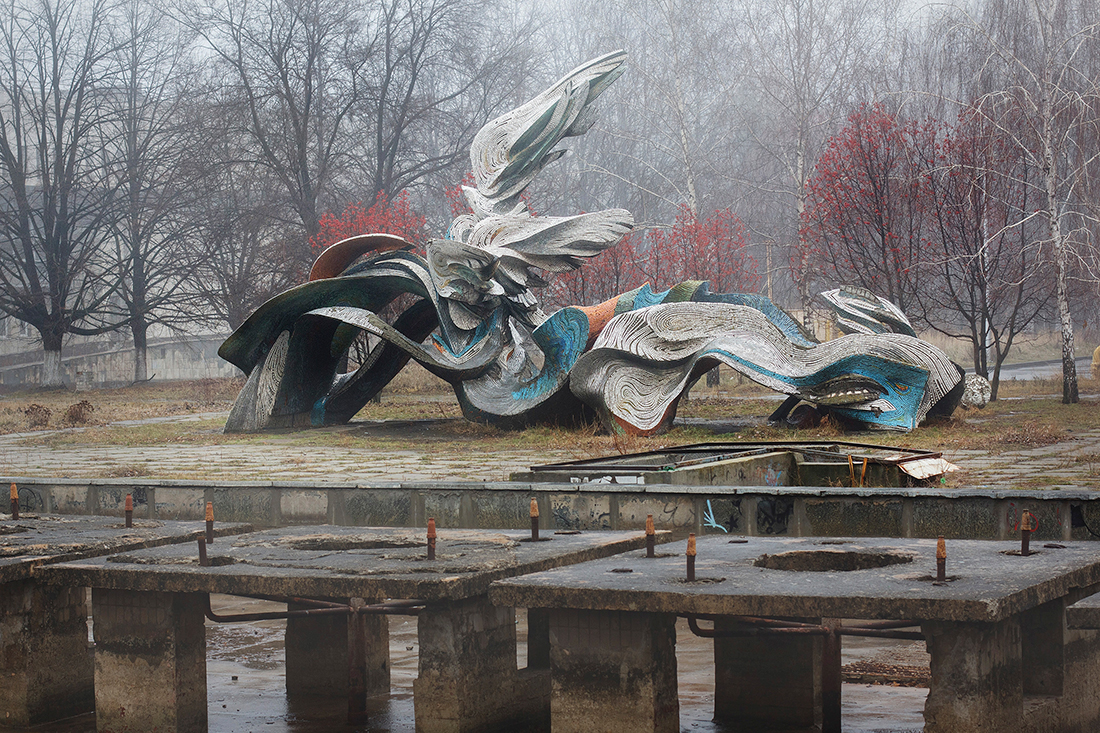 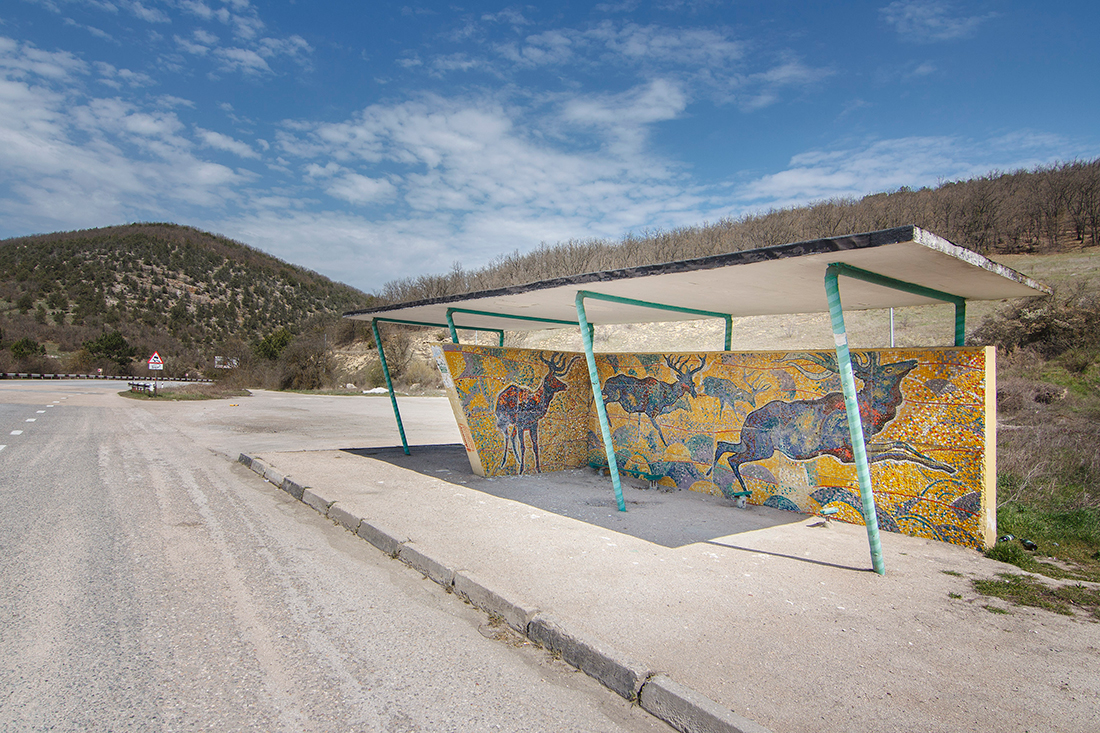 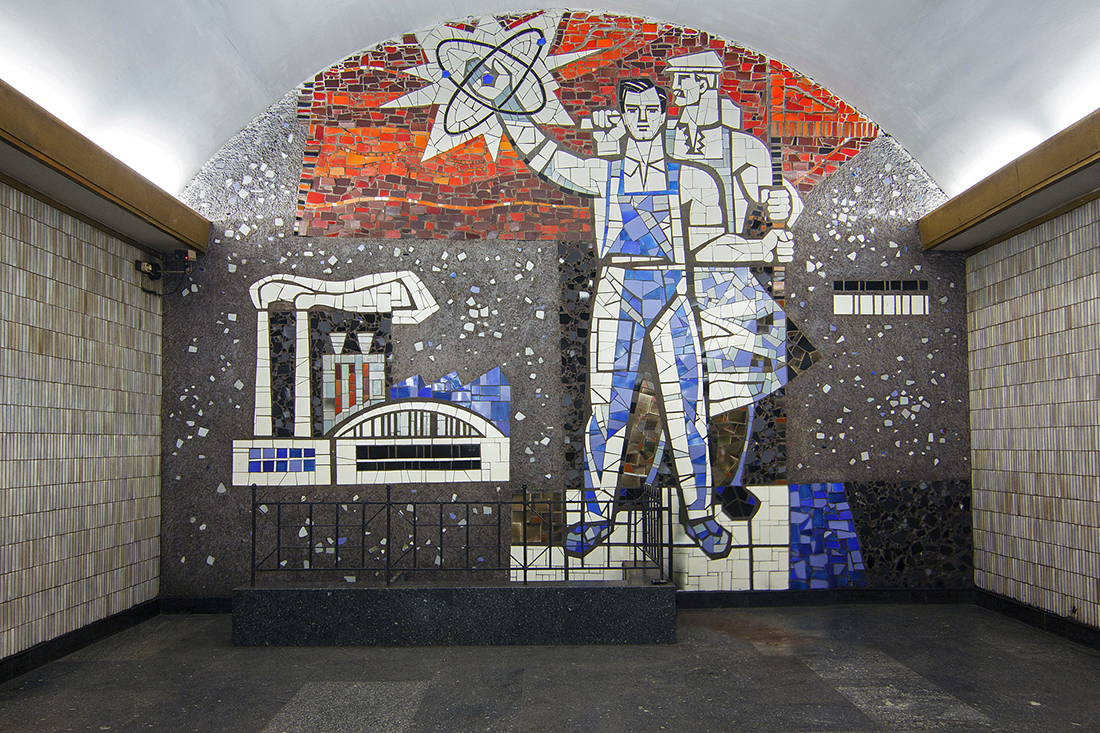 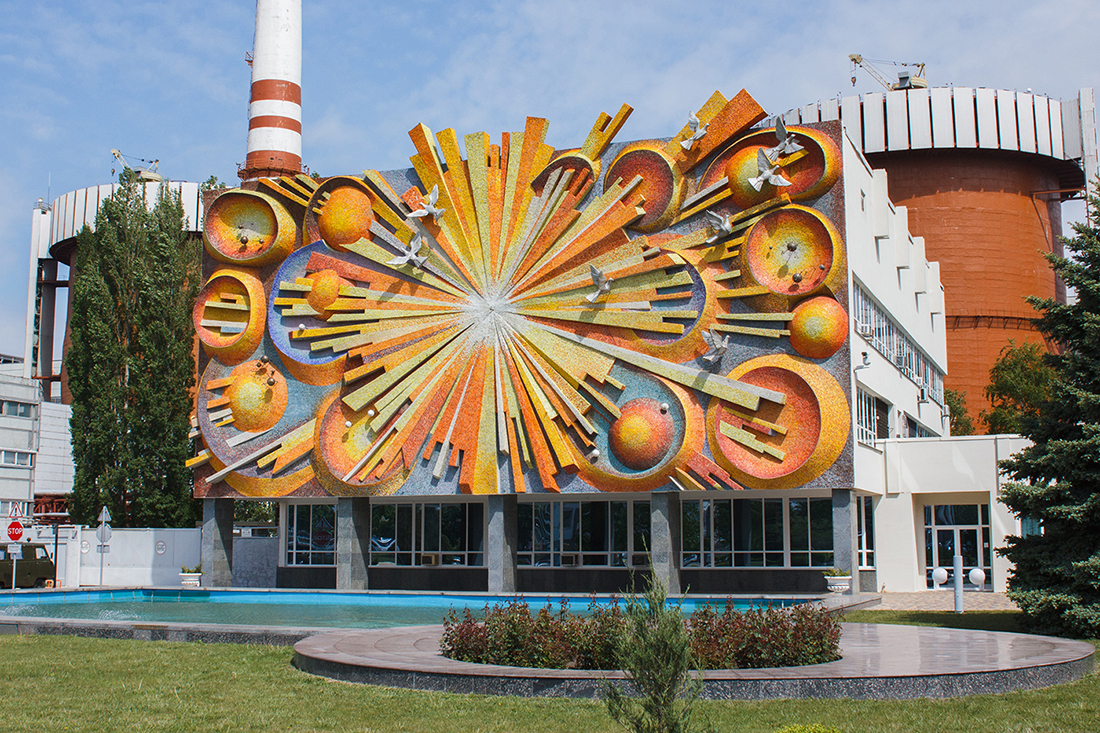 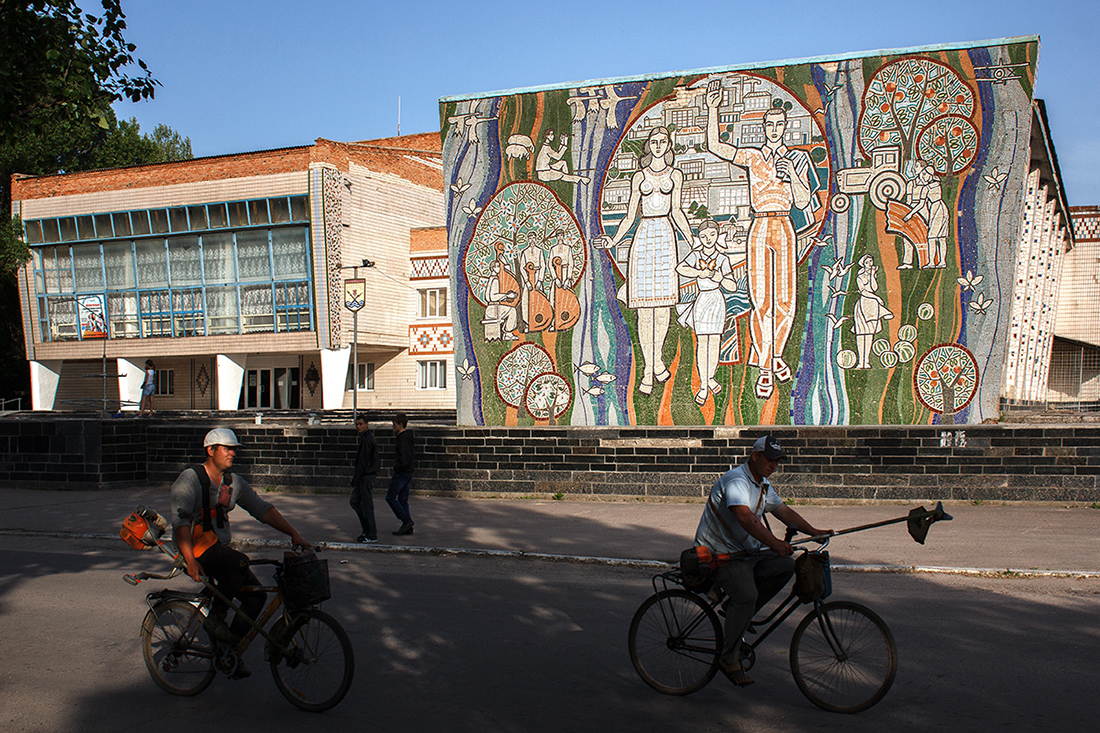 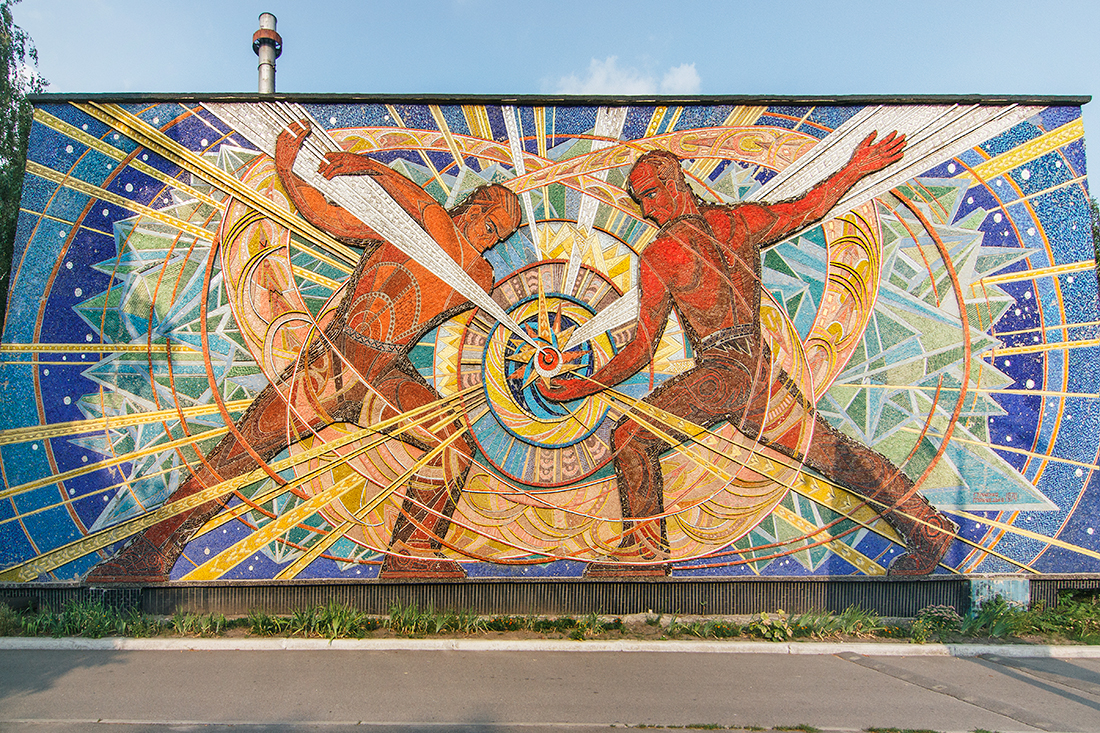 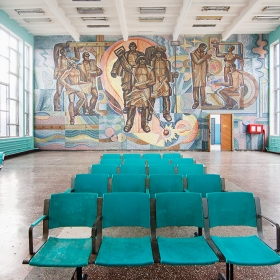 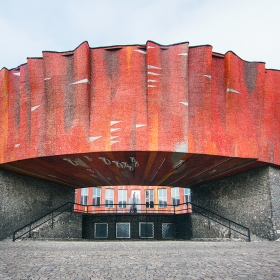 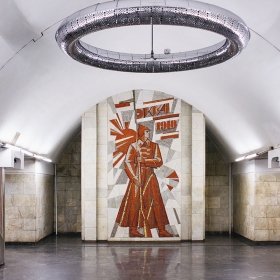 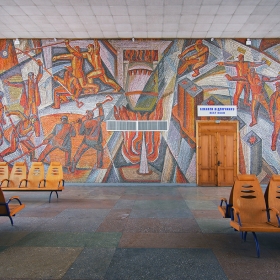 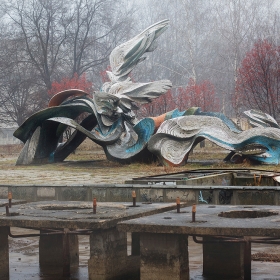 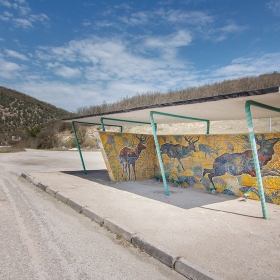 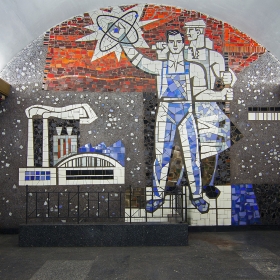 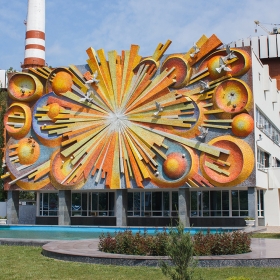 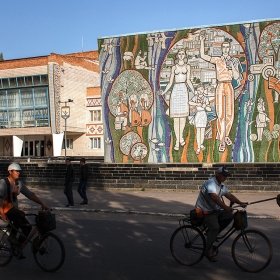 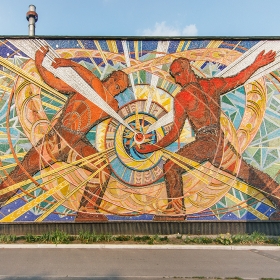 Yevgen Nikiforov
On Republic's Monuments
Share
Support this photographer - share this work on Facebook.
Almost every Ukrainian town or city has mosaic panels, most of them created by Soviet artists over the last 30 years of the USSR, from the late 1950s through the late 1980s. Their further destiny is odd: envisioned as decorations for public spaces, these art works were hardly ever really seen. Residents of Ukrainian cities never recognized the artistic merit of monumental mosaics. Soviet monumental art failed to engage or enchant the public, both in the Soviet times and after Ukraine gained independence. It was treated as state-commissioned propaganda, not worthy of attention.

A reason for the paradox is that the Soviet Union did not nor could not develop public space as such, lacking the basic freedoms to buttress it: the freedom of assembly, the freedom of protest, the freedom of self-expression. A totalitarian state playing at a welfare state, it imitated public spaces, projecting the images, ideas or symbols of its choosing, without any regard for society’s needs.

My aim is to create a visual archive of once dominant and now vanishing elements of the cityscape, and to show different cases of how the symbols of the past have been reworked, vandalised, confusedly hidden and also mixed with new symbols referring to “patriotic identity” and thus appropriated by new political agenda.

One of the major topics I’ve been working on for 3 years is the Soviet cultural heritage and architecture left in towns all around Ukraine and the controversial attitude towards it in society. By analyzing this process in today’s Ukraine I also want to refer to a broader range of questions, such as how the visual emblems of the past still present in public spaces affect the collective memory and the ability to (de)construct historical
narratives in so called Western society in large.

About author:
Kyiv based photographer. Born in Vasylkiv, Kyiv oblast, Ukraine, 1986.
Started professional photography practice in 2005. Since 2013 has been working on
independent documentary projects. The main idea behind my photography practice is to capture the essence of the place in its transition through time and shifts influenced by economical, social or natural forces. The key subject of my research is the urban environment as a main “battlefield” of ideological clashes, the city as a “map” of invisible tensions existing in society (-es). As a freelance photographer I worked with a number of Ukrainian and international media. The current ongoing project is about transformations of public spaces in Ukraine after the Revolution of Dignity (2013–2014), with decay and destruction of Soviet cultural heritage as a significantly visible part of it. In 2014–2016 I sought for and documented remainings of Soviet monuments and art objects in public space. I covered around 35,000 km of Ukrainian roads and visited 109 cities and villages to discover more than 1,000 surviving mosaics. The photo archive of mosaics and monumental art created between 1950 and 1990's in Ukraine was published under title “Decommunized: Ukrainian Soviet Mosaics” in May 2017. The book was awarded for the best art book design and received the Grand Prix at Book Arsenal 2017 festival.