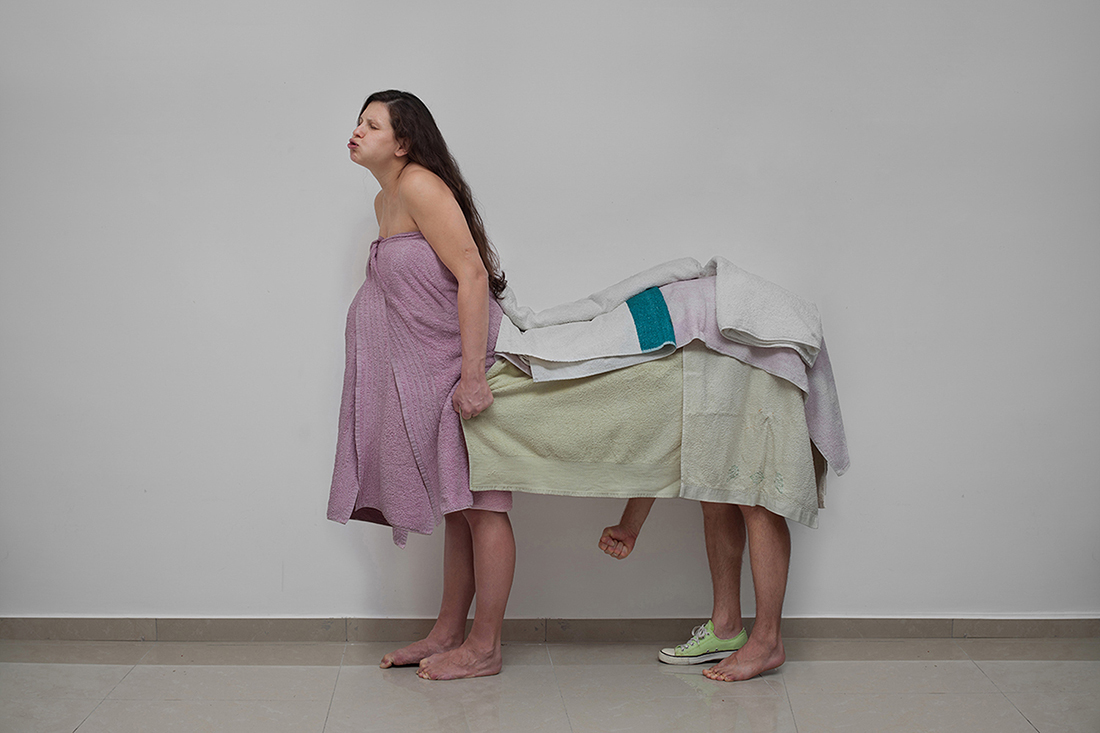 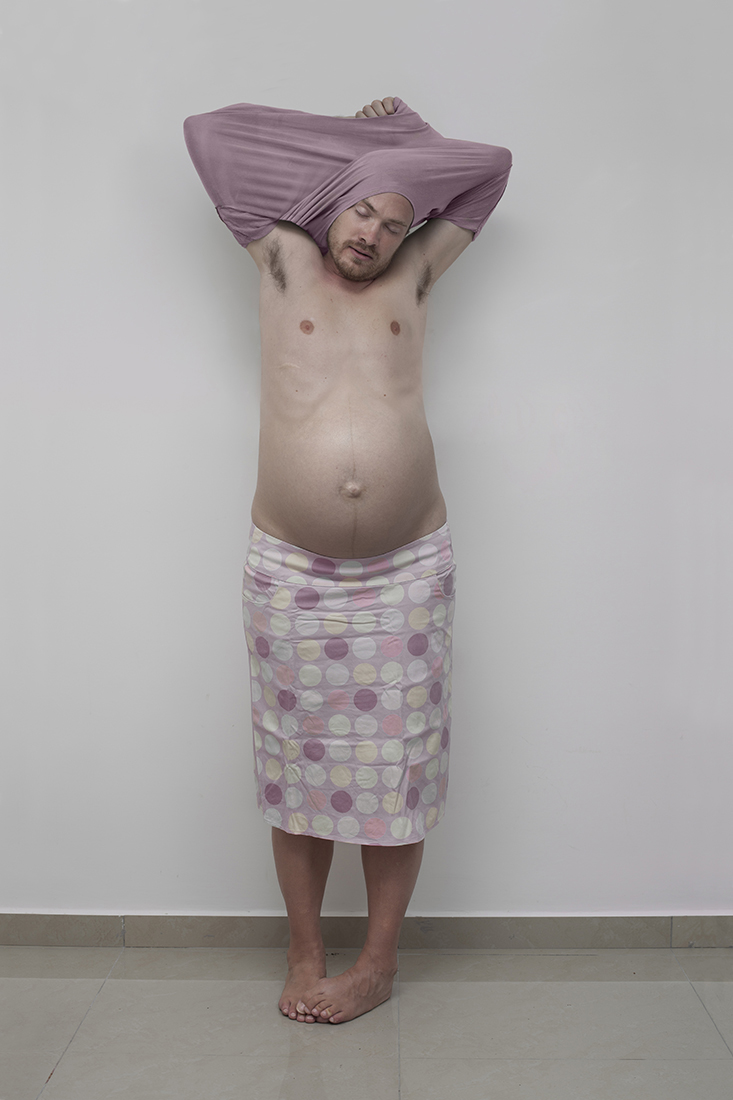 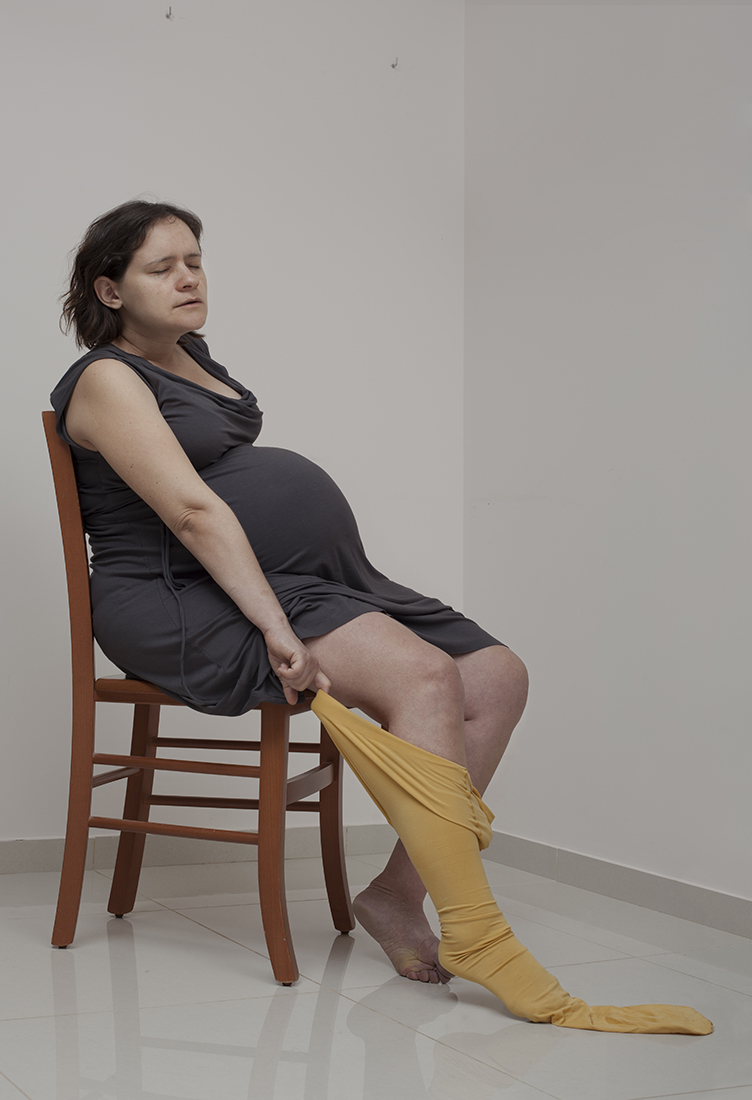 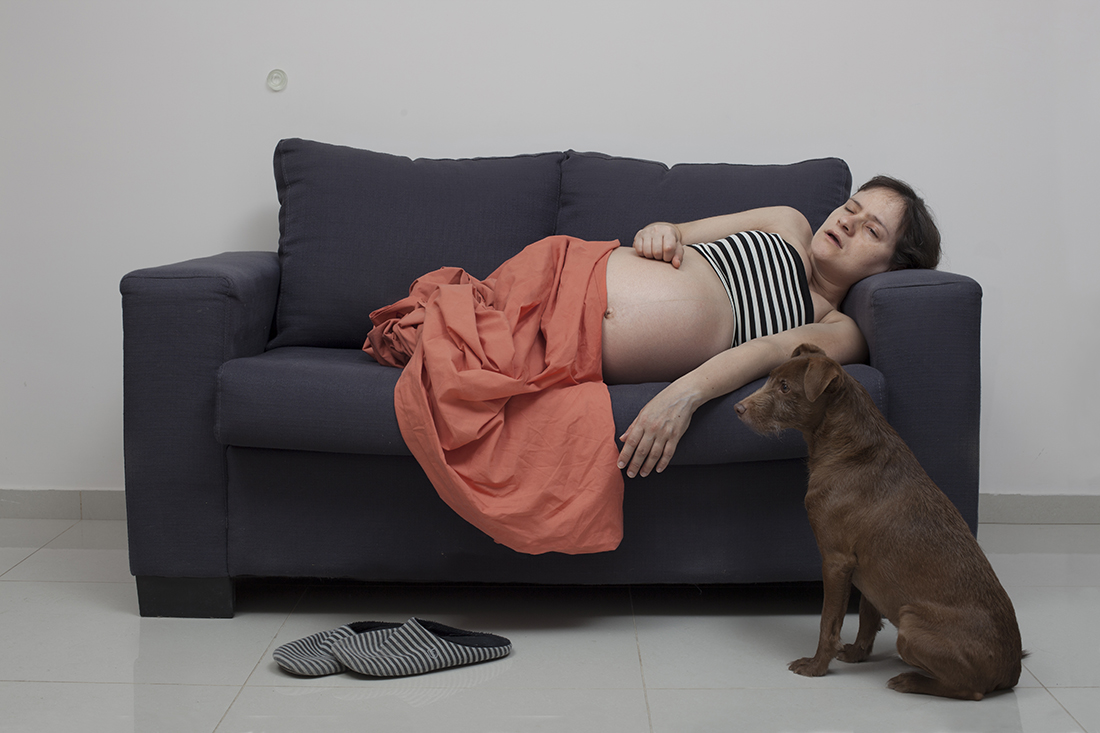 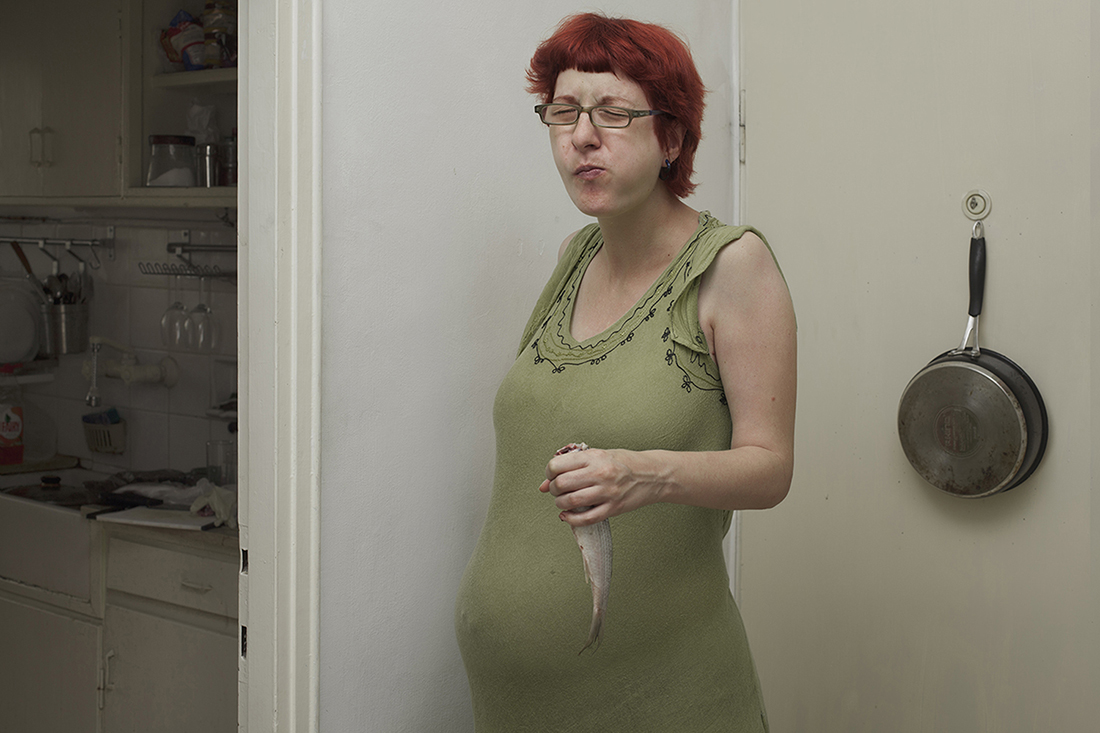 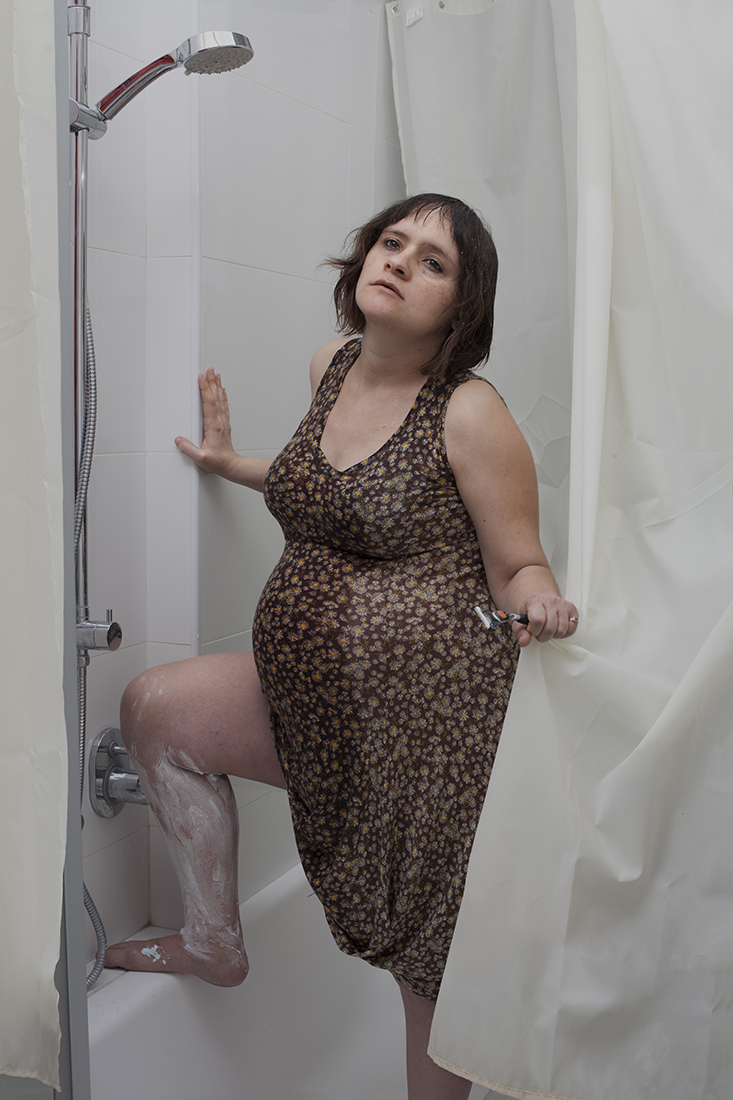 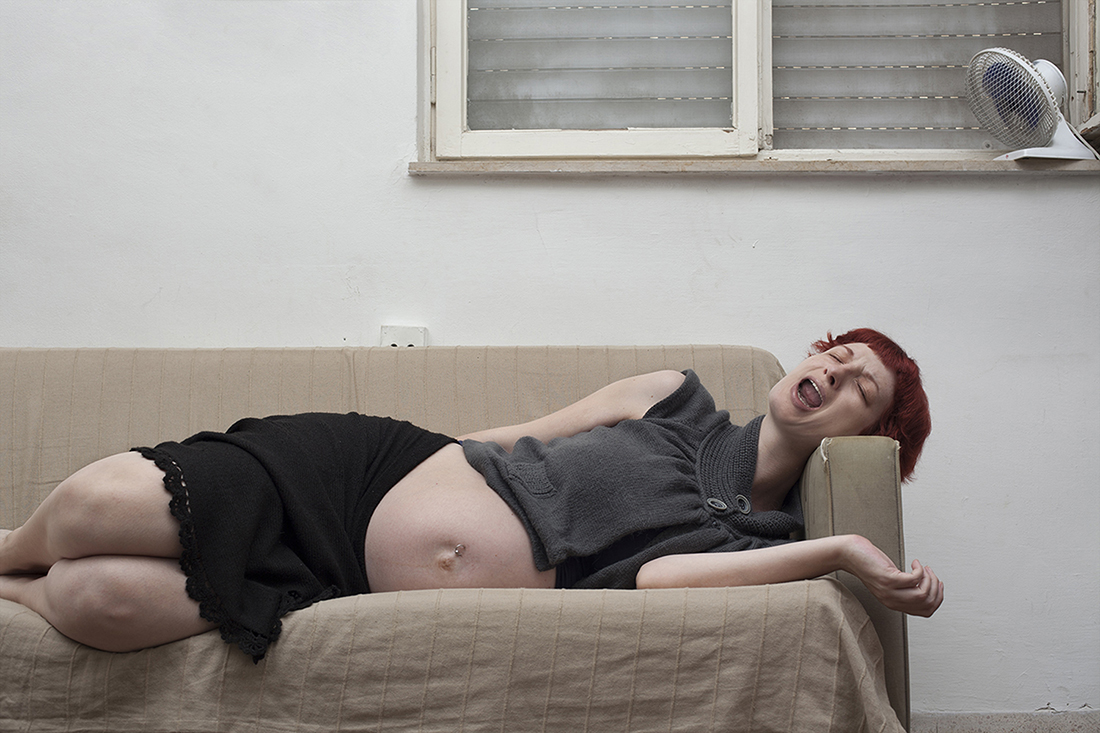 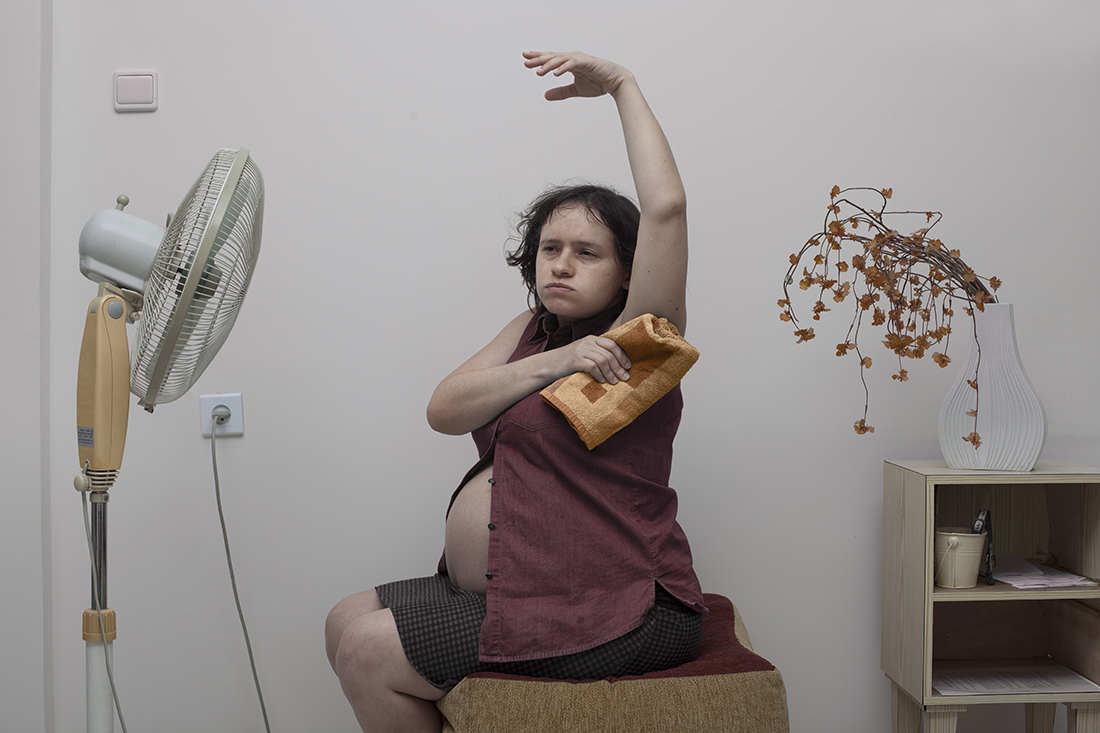 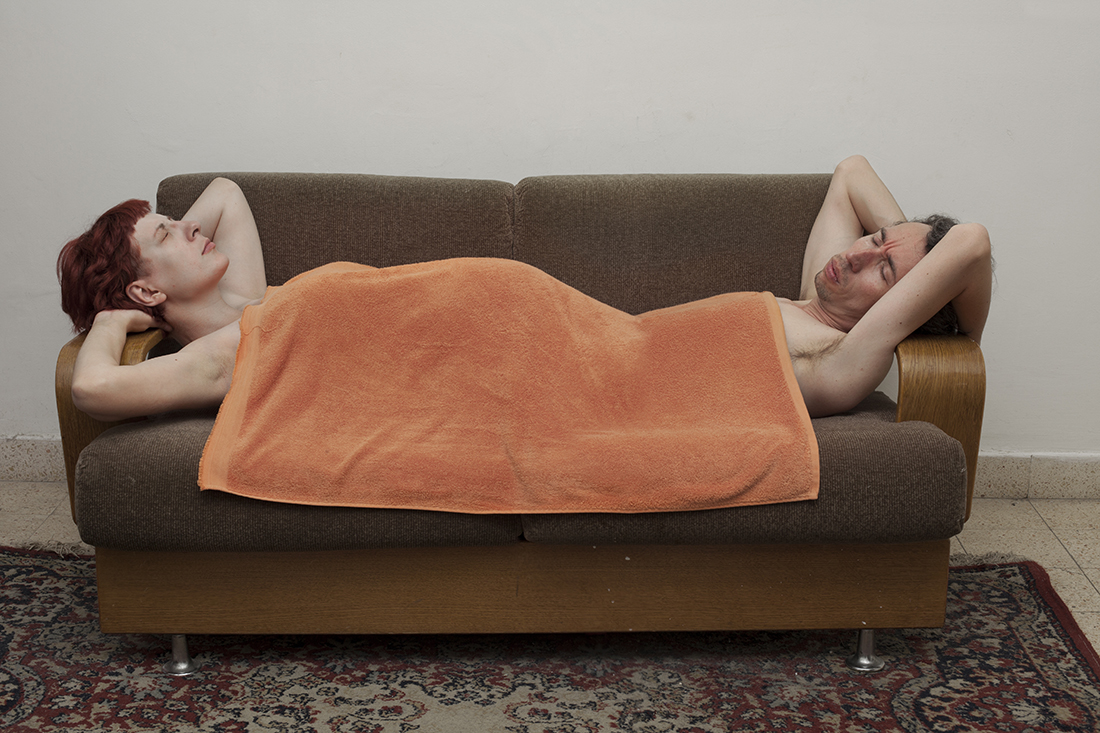 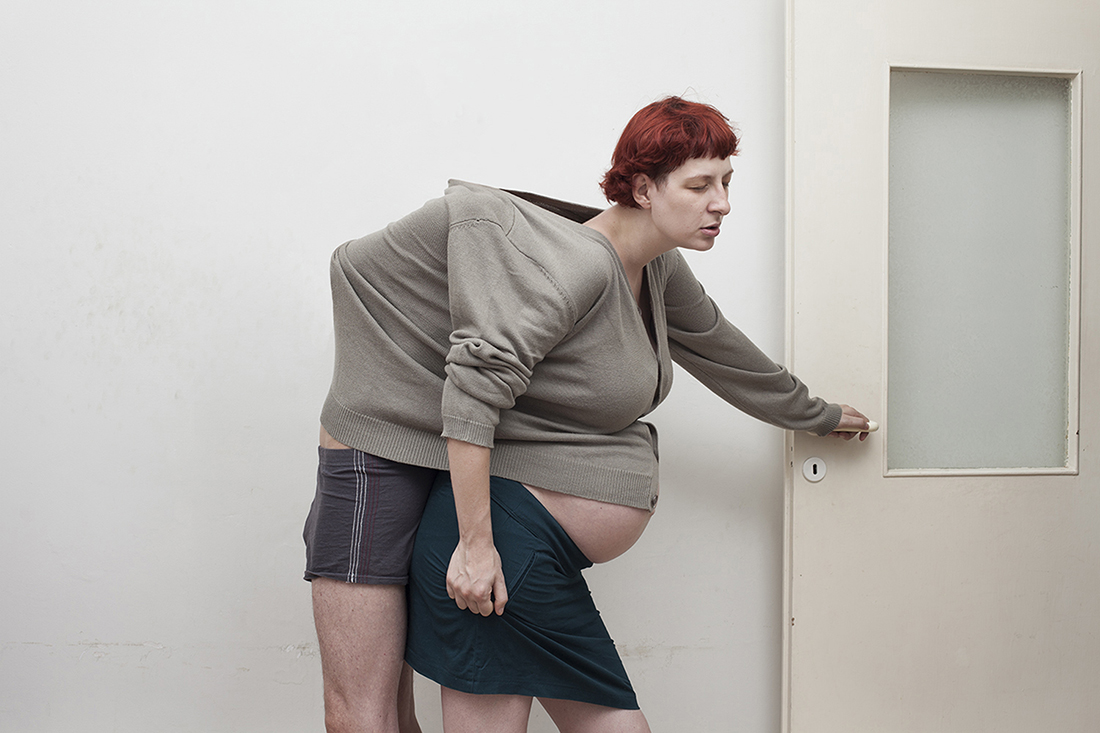 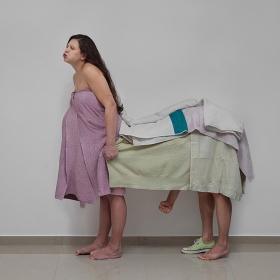 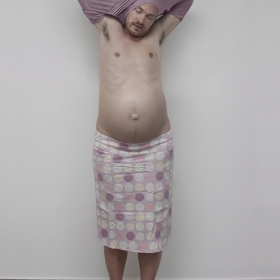 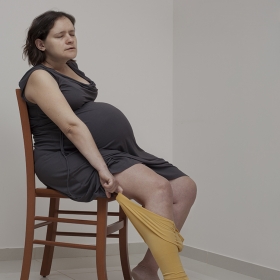 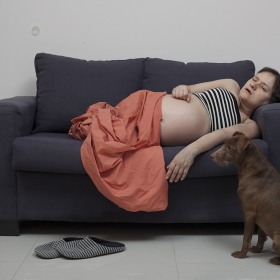 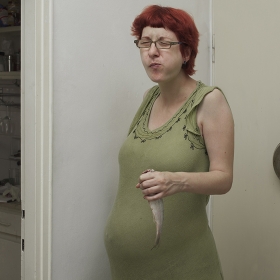 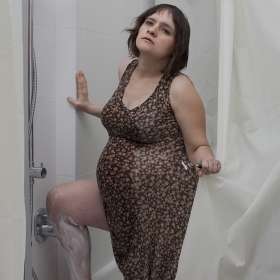 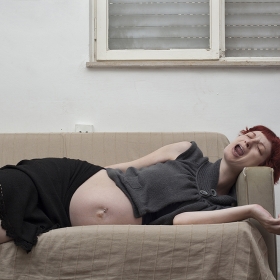 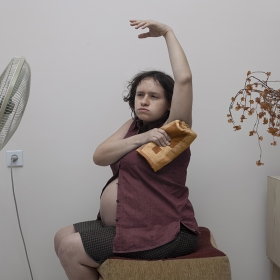 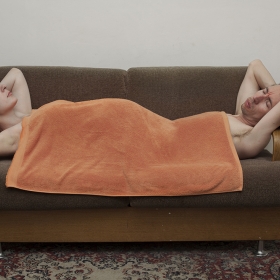 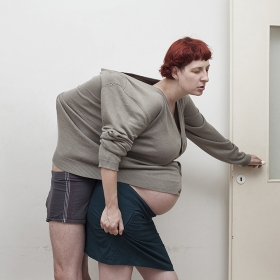 Alexander Mendelevich
Aesthetic practice of pregnancy
Share
Support this photographer - share this work on Facebook.
Today artist statement loses its radical and rebellious point both in its content and in its artistic form. The work exposes its own concrete aspect and it’s a part of unique kaleidoscope of surrounding reality with all its conflicts and imperfection. My work stems from the observation of modern society, a kind of daily routines and I like to pull out such aspect from a fussy bustling stream of our daily and to unfold it.
We live in a transformation age where you can hardly see a subtle transition or even substitution, when human emotions and feelings turn into emoji and hashtags and where popular media represses all our feelings into one superficial façade of templates; as well the role of time and place in image is changing, both as time and place of its shooting, and that of its representation. All this make me feel that a different approach is needed.
In my photography, I try to find a new in portrait image, which will be more accurate and fitting for the time because photography keeps changing. What used to turn people on and be a subject of debate yesterday no longer speaks to people today because they get habituated and photography constantly crosses a new pain threshold, because the world all the times changes. Photography is a type of interweaving of deceit and concealment with the real and documentary, and the truth is somewhere between them. For me it’s sure thing that photography has long been more than just 'catching the moment' and now requires intense intervention from the photographer.
I propose to show some society crack which seems to be normal and by photographs I want to build the space, where components that define us as human beings are intensely put together and reseted artificial layers and society masks to show our daily moods. In these photographic scenes our pain, vulnerability, desires and fears are shown through distorted bodies and a bit absurd situations.
I am looking for this different perfection of humanity and this space where one can leave the standard representation of the portrait image, where a play, implying the contact with object, functions as a search, a test and discovery of various thresholds of the sensuous and an exploration of relations with one’s self and the environment. I take interest in exposing this different existence through the drama of being, one where imperfection is, in fact perfection.
In this series, I wanted to show the special state in which women are during pregnancy. It was important to convey such moments of pregnancy as changeable mood, strange desires and body sensations. This is work in progress and actually I would like to convey sensations and experiences namely of both parents as a one whole. Their bodies and mental states are in a real transformation.
I put attention that often a woman pregnant body is regarded as kind of unwritten taboo, a point where cultural and social layers cross under the cover of some mood of erotic, romantics and stereotyped conception of femininity. My wish was to create another model that polar to the notions of canonic beauty that rarely supposed any alternatives. The symbolic nature of aesthetic practice of the past and routine beatification looks deeply archaic today, and often photography is facing a deficit of mundane diversity.
I photograph people in the apartments in which they live, using their clothes, objects and furnishings. Distortion is used as a trauma, a shock, a pain that in still imagery becomes an open wound, a suspense that goes on and on. The uncomfortable situation and the position of the body takes away the secure, certainty sense of things, makes them more weak and vulnerable and allows them to open up
I suppose my aim as photographer is not to bring the facts, but to identify the new reality in which we found ourselves and to find new ways to communicate, because the last 10 years showed us that photography is more and more is a communication. I try to create a document that is some universal human experience, true space. The goal is not in pursuit for clichés making, but the reconstruction of meaning, to get to the depth of the humane archetypes and emotions.
It’s possible to tell that through photography I explore the limits of normal and its nuances, challenges beauty concepts and existing clichés. Photography has a stunning paradox to combine documentary and experimentation and still to keep the evidential power of the image.

About author:
Originally, I’m from the town Pyatigorsk in the North Caucasus of Russia. I was born in 1979. From the first meeting with the world of photography, I felt that the reality and the image in the photograph are very similar and at the same time different.
It was interesting to be in process and to see results, the world in the viewfinder seemed like mine. At the age of twenty I decided to move to Israel. Obviously, the camera came with me. But the type of photos I’d shoot back then was very different from today. I took many nice photos whose only essence was formative aesthetics, and maybe a little surreal. Another pretty picture and another pretty picture… I had a feeling I’m going over the same mistake and every time I felt that I’m missing some important element.
Later I moved to Israel and while studying in Jerusalem at the academy of art and design Bezalel I understood that photography has long been more than just 'catching the moment', and now requires intense intervention from the photographer. The truth behind the image has always been too far away to be easily caught.
Staged photography allows me more control to make the occurrence sharper, to create a reality, where you can feel every detail, where 1/60 sec. of exposure is transformed to something permanent.

The change of view on photography came during my studies in the Academy of Art and Design, Bezalel in Jerusalem. One of the interesting things I learned in the academy is the understanding that, with time, photography changes, or more precisely, that the view towards photography as a media, as art or as evidence, as trending entertainment or a mass phenomenon changes, as well as its value. And for me this is a lot to think about.
The main theme in my works is young people who are about thirty years old; they are kind of survivors, torn apart by typical modern reality, where they are between livelihood and studies, banks and dreams, trends and personal style, fashion and war, and so on. For me, to make photography is to look for an existence, a story in everything, to transform moments that I see, think, feel and dream into a visual representation. Is this a reality or my attitude to reality? I do not know. Photography has a stunning paradox to combine documentary and trickery. And if any fantasy comes from our world, so everything is real, at least feeling, and that’s what matters to me.
Since graduation, I regularly took part in international exhibitions and festivals such as Japan Media Arts Festival, Wiesbadener Fototage, Festival of staged photography , where my photos were represented in Aktives Museum Spiegelgasse. I also repeatedly became a finalist of Emerging Photographer Fund by Burn Magazine, curated by Magnum photographer David Alan Harvey and where my photo essay was published several times. My works are also been exhibited in group exhibitions in Russia, Albania, Czech Republic, USA, Canada, Australia, Israel and Hungary.