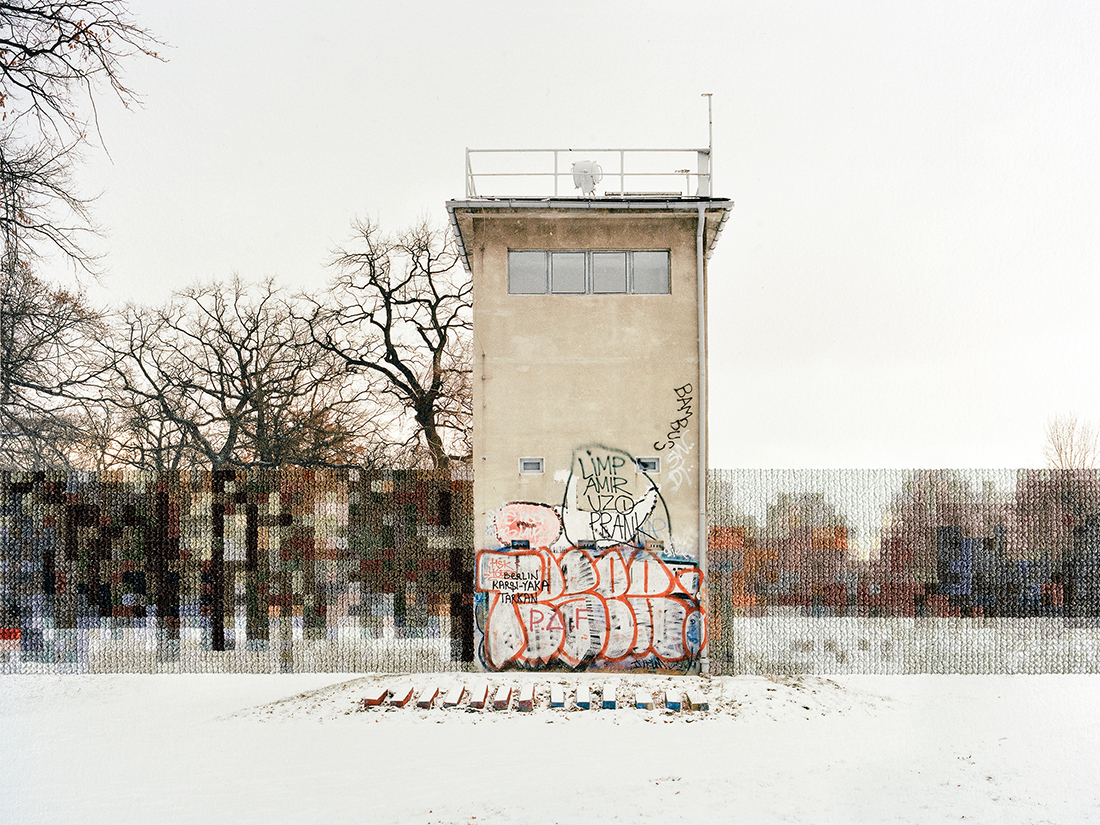 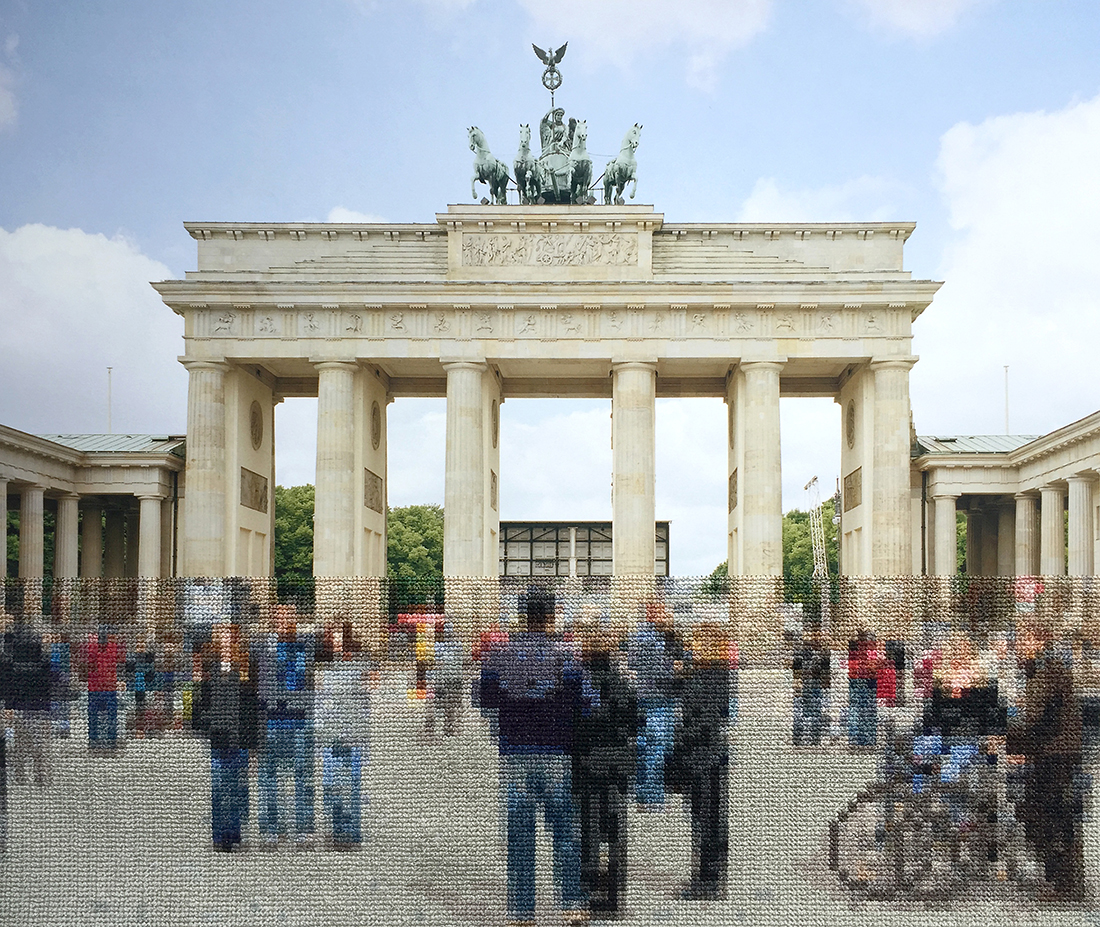 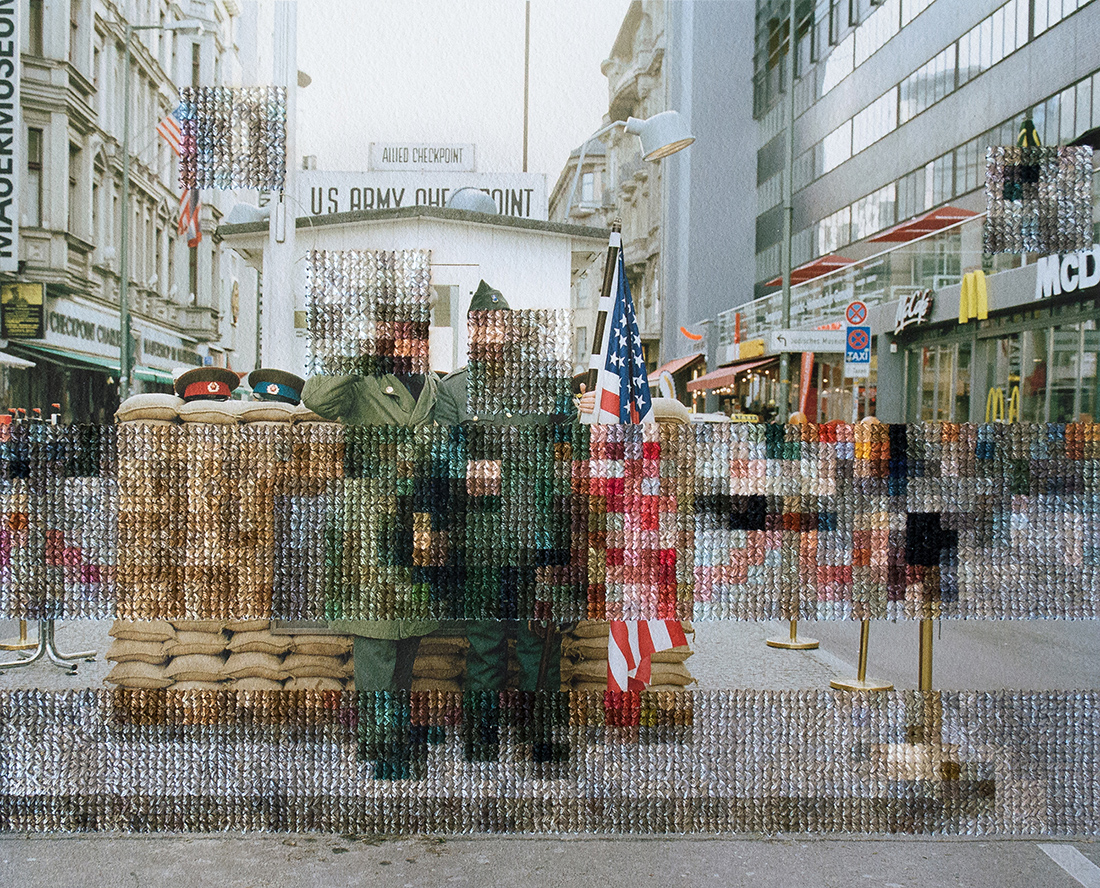 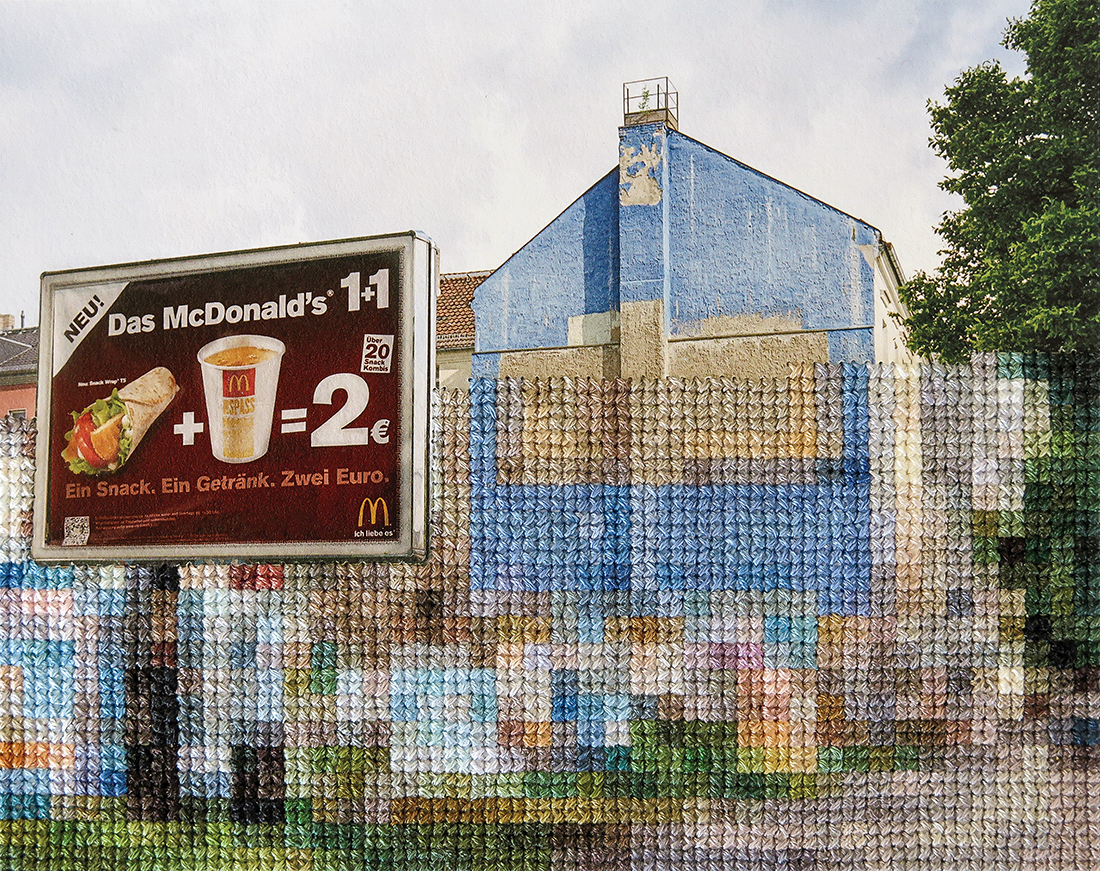 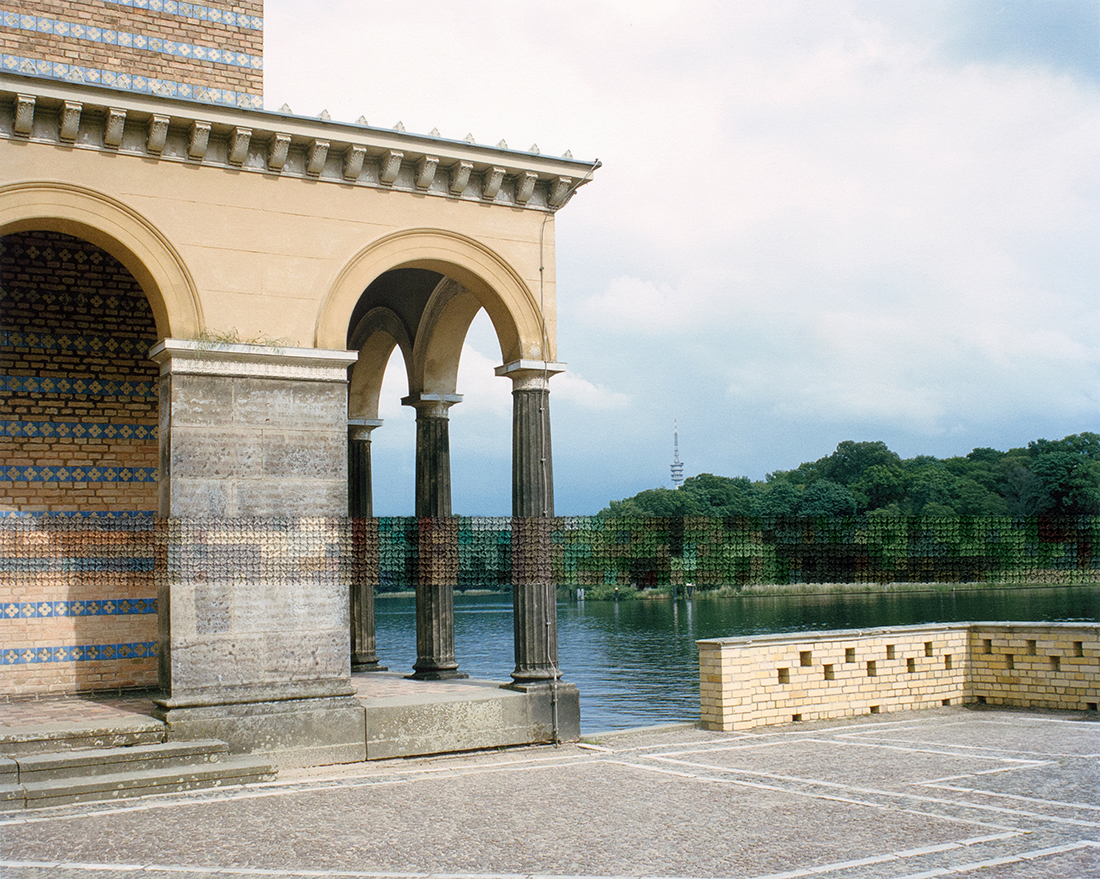 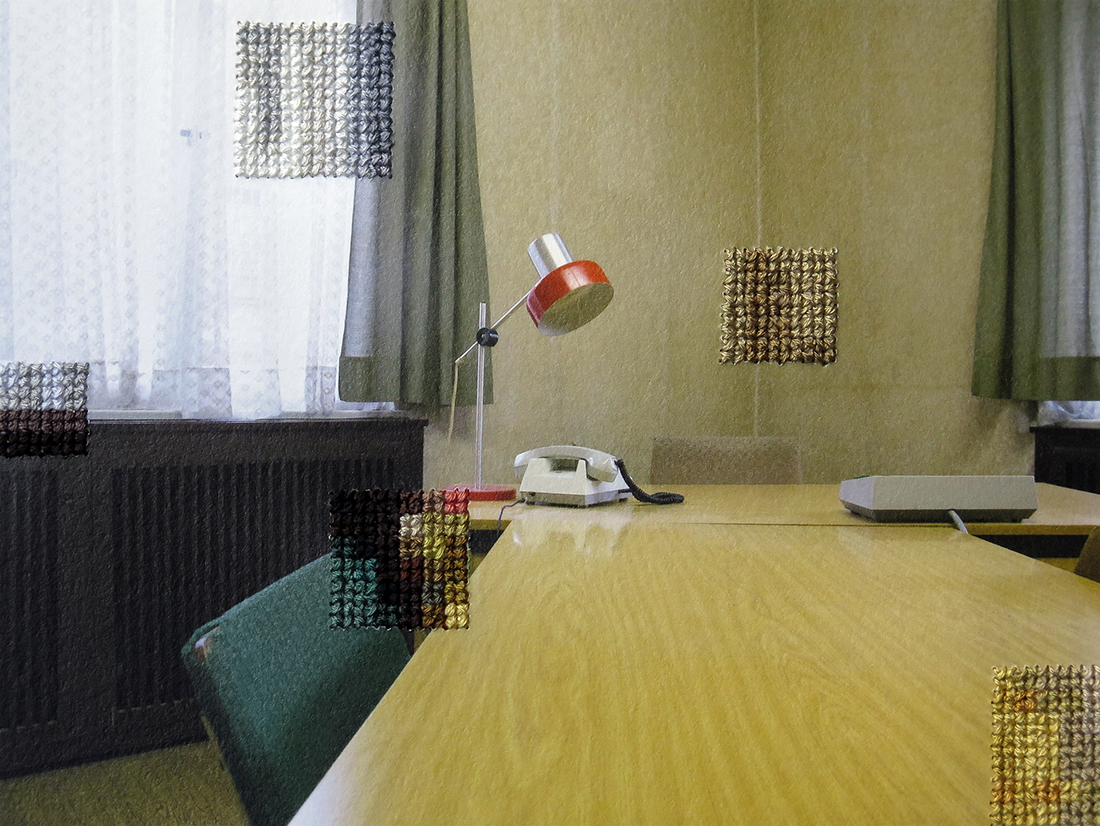 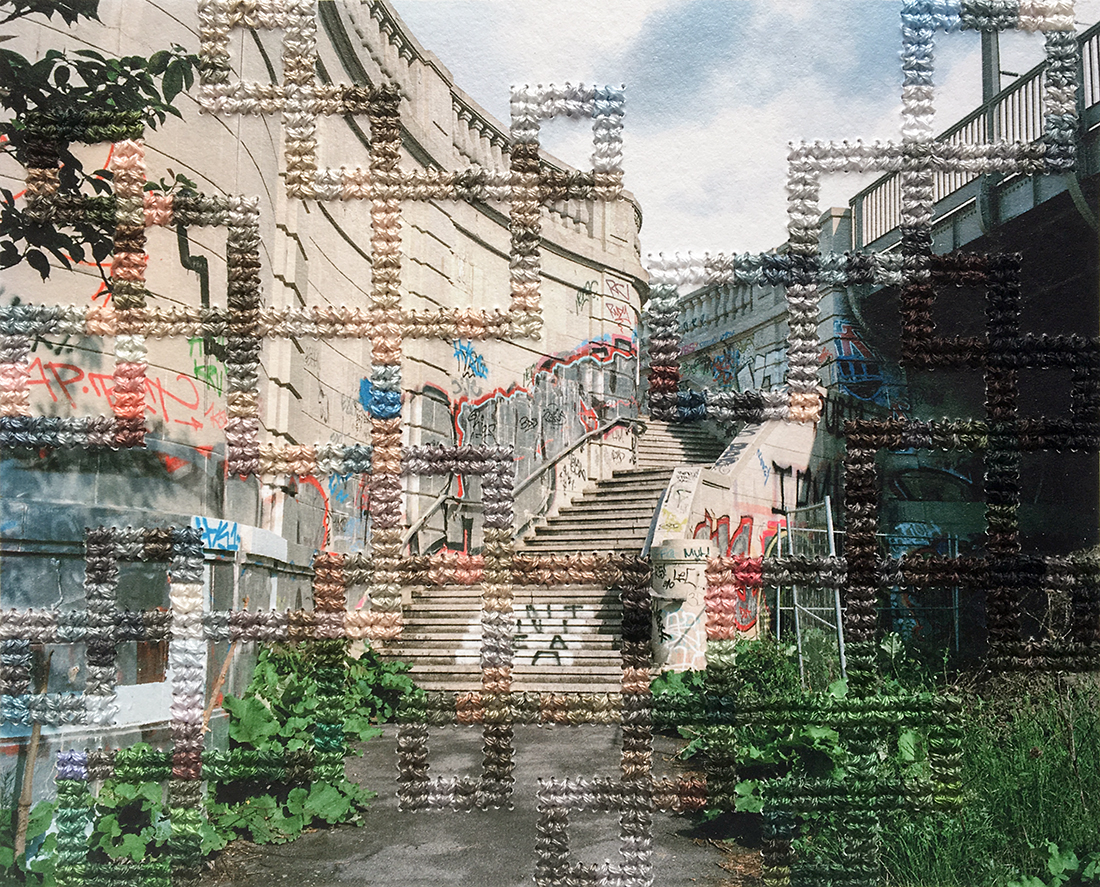 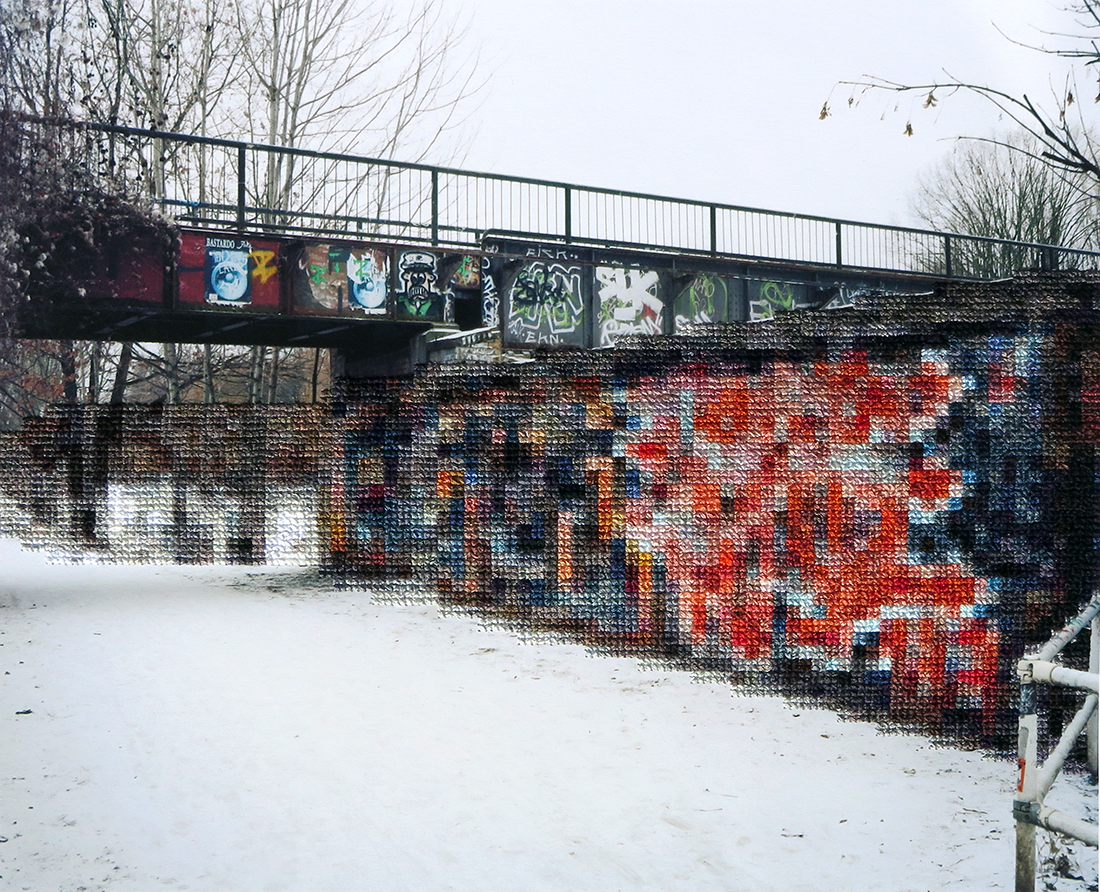 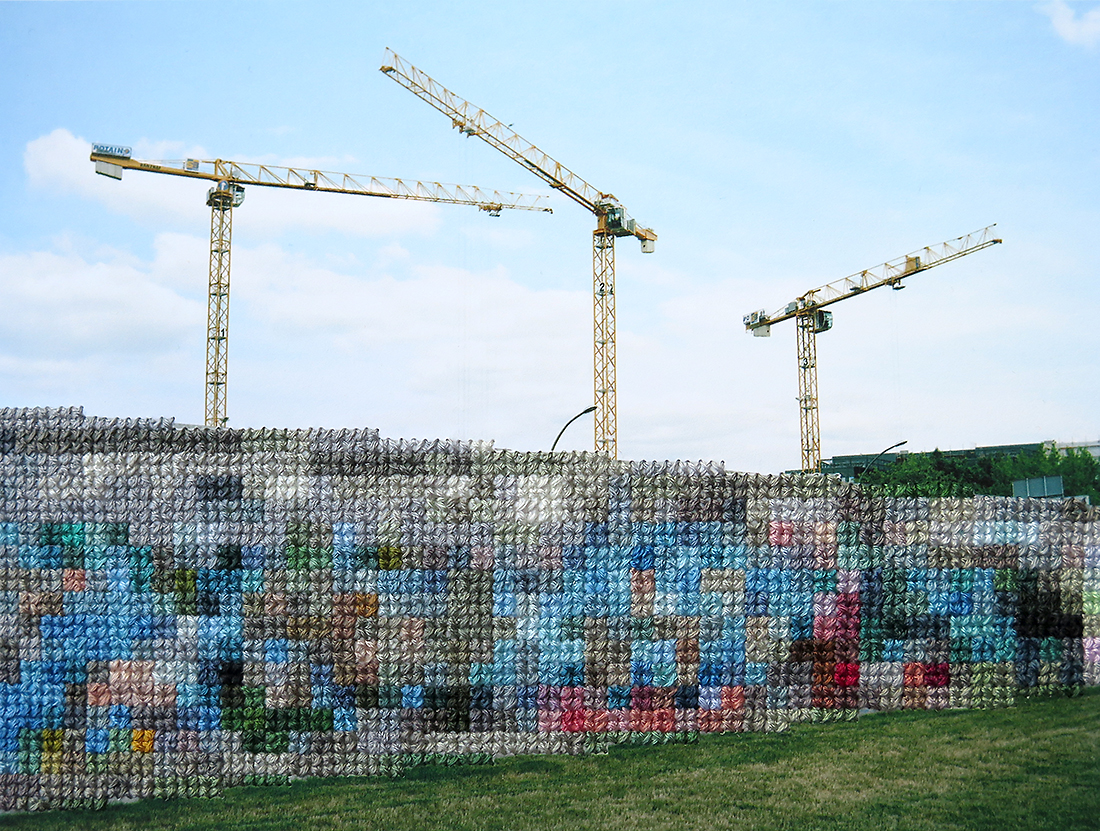 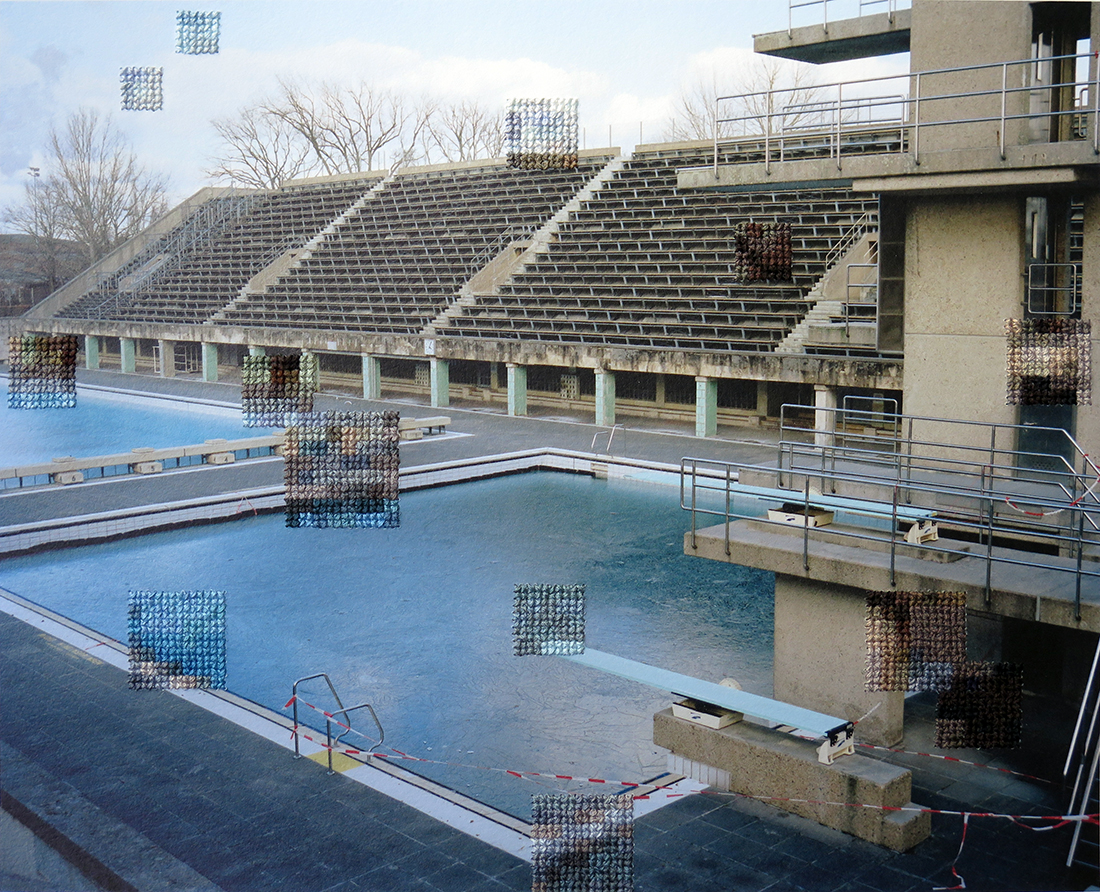 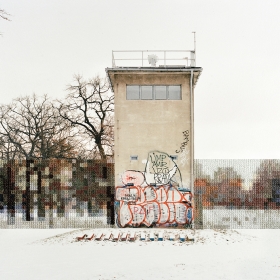 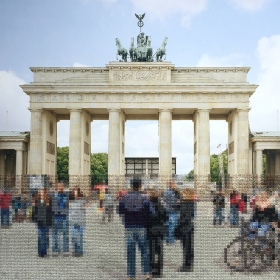 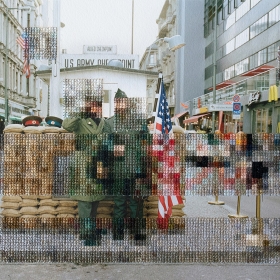 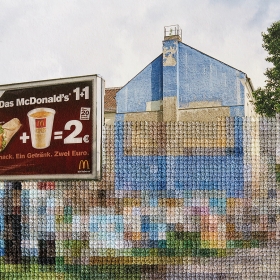 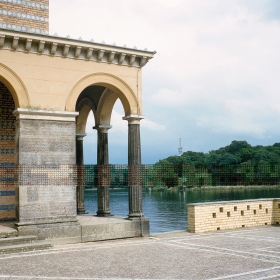 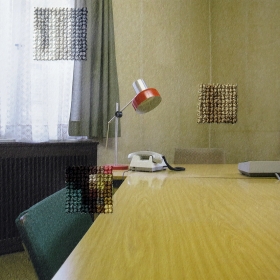 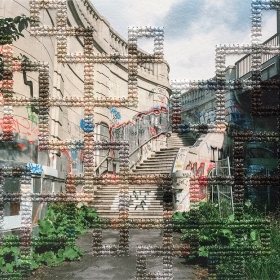 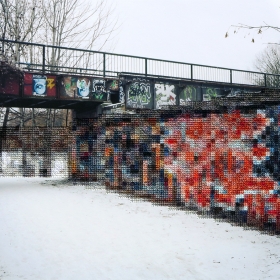 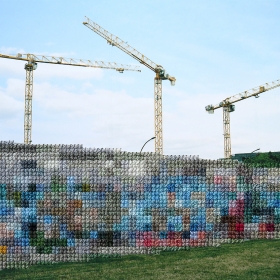 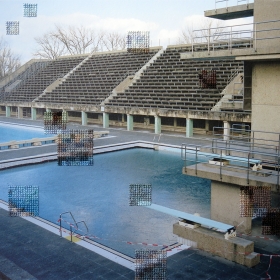 Diane Meyer
Berlin
Share
Support this photographer - share this work on Facebook.
My work has long been defined by explorations into the physical, social and psychological qualities that characterize place. These investigations have taken various forms throughout my career. Most recently, I have been working on a series of hand-sewn photographs taken along the entire 104 mile path of the former Berlin Wall.

Sections of the photographs have been obscured by cross-stitch embroidery sewn directly into the photograph. The embroidery is made to resemble pixels and borrows the visual language of digital imaging in an analog, tactile process. In many images, the embroidered sections represent the exact scale and location of the former Wall offering a pixelated view of what lies behind. In this way, the embroidery appears as a translucent trace in the landscape of something that no longer exists but is a weight on history and memory. I am interested in the porous nature of memory as well the means by which photography transforms history into nostalgic objects that obscure objective understandings of the past. By visually referencing pixelization, I am making a connection between forgetting and file corruption.

The images were taken in the city center as well as the outskirts of city where I followed the former path of the wall through suburbs and forests. I was particularly interested in photographing locations where no visible traces of the actual wall remain but where one can still see subtle clues of its previous existence. These clues include incongruities in the architecture that occurred as new structures were built on newly opened land parcels, changes in streetlights, or newer vegetation. Often the embroidered sections of the image run along the horizon line forming an unnatural separation that blocks the viewer. This aspect of the sewing emphasizes the unnatural boundaries created by the wall itself. The sewing, which is soft and domestic provides a literal contrast to the concrete of the wall and a metaphorical contrast to its symbolism.

I have been working on this series since 2012. This is the longest period of time that I have spent working on one body of work, but it has been necessary due to the very time consuming nature of all the embroidery. I am excited to be close to completing the project. The overall series will include 40 images. Presently, I have completed thirty of the images and anticipate completing the series by early 2018. In my entry, I have included one image from 2013 since this is an ongoing series, but the remainder of the images are within the past three years.

About author:
Diane Meyer received a BFA in Photography from New York University, Tisch School of the Arts in 1999 and an MFA in Visual Arts from The University of California, San Diego in 2002. She has been living in Los Angeles since 2005.

She has received grants from METRO Los Angeles (2013), The City of Santa Monica Department of Cultural Affairs (2010), The California Council for the Humanities California Stories Fund (2008) and the Durfee Foundation (2005). She has been an artist in residence at Takt, Berlin (2012); 18th Street Arts Center, Santa Monica (2006-7); CUE Art Foundation, New York (2006); Smack Mellon, Brooklyn (2004); The Lower Manhattan Cultural Council’s Residency in the Woolworth Building (2002- 3).

Her work is in the permanent collections of the Museum of Contemporary Photography, Chicago; the George Eastman Museum, Rochester; and the Clarinda Carnegie Museum, Clarinda, IA.