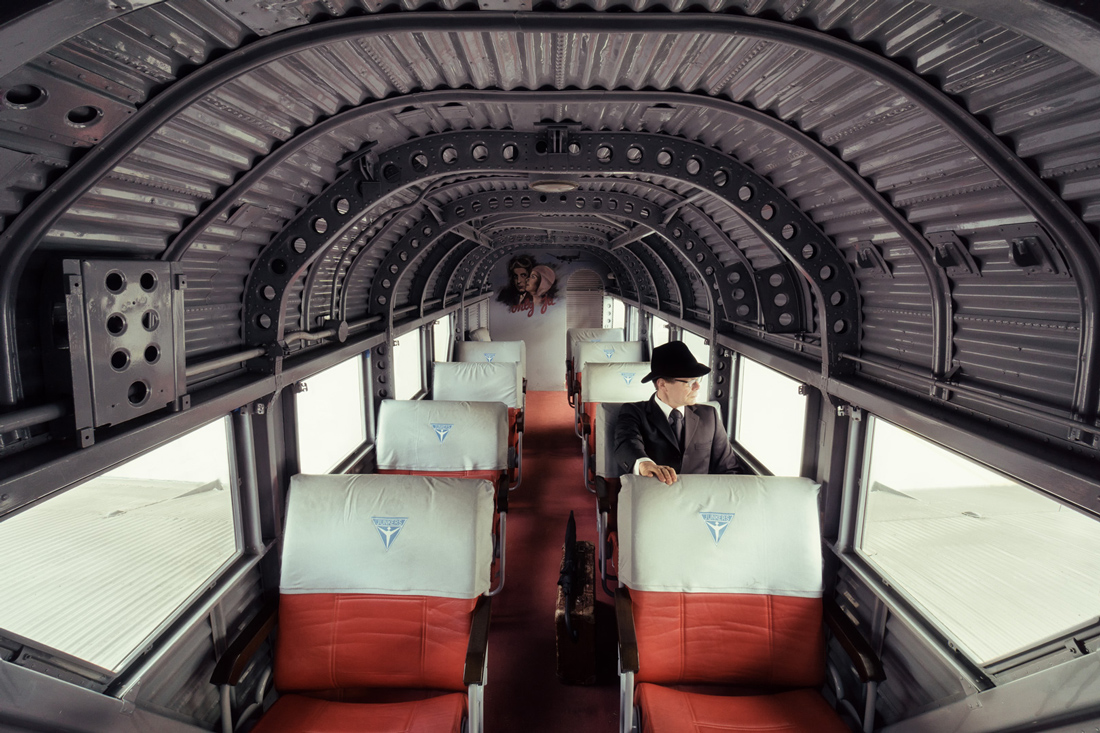 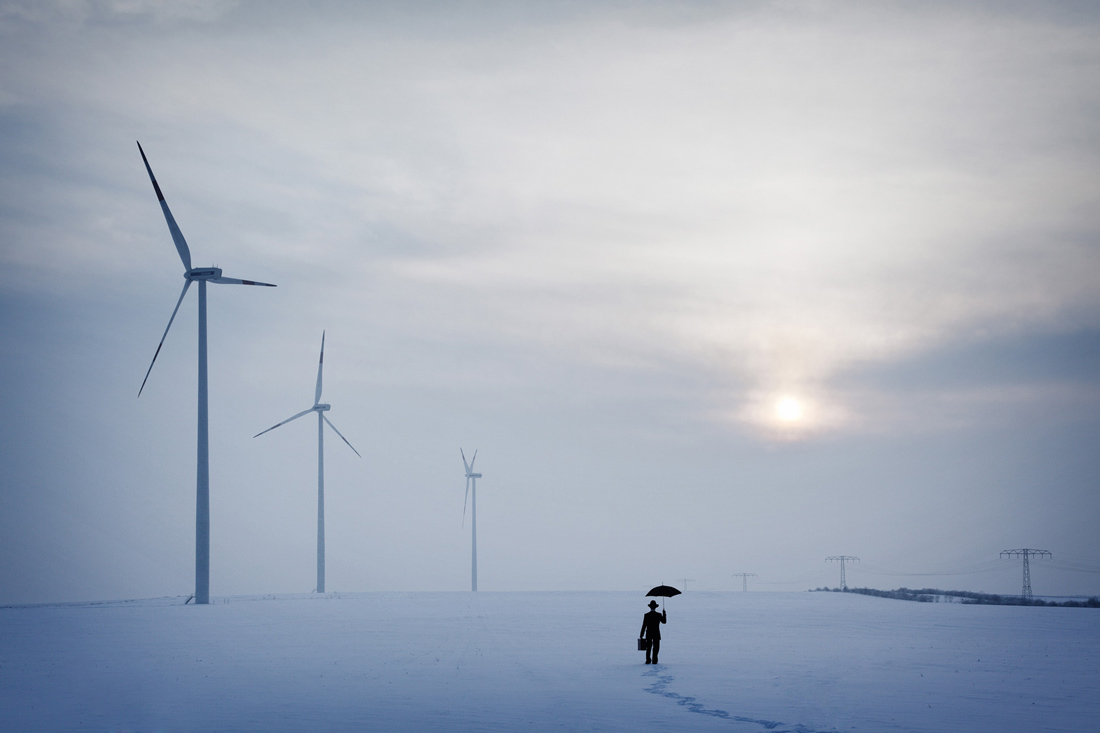 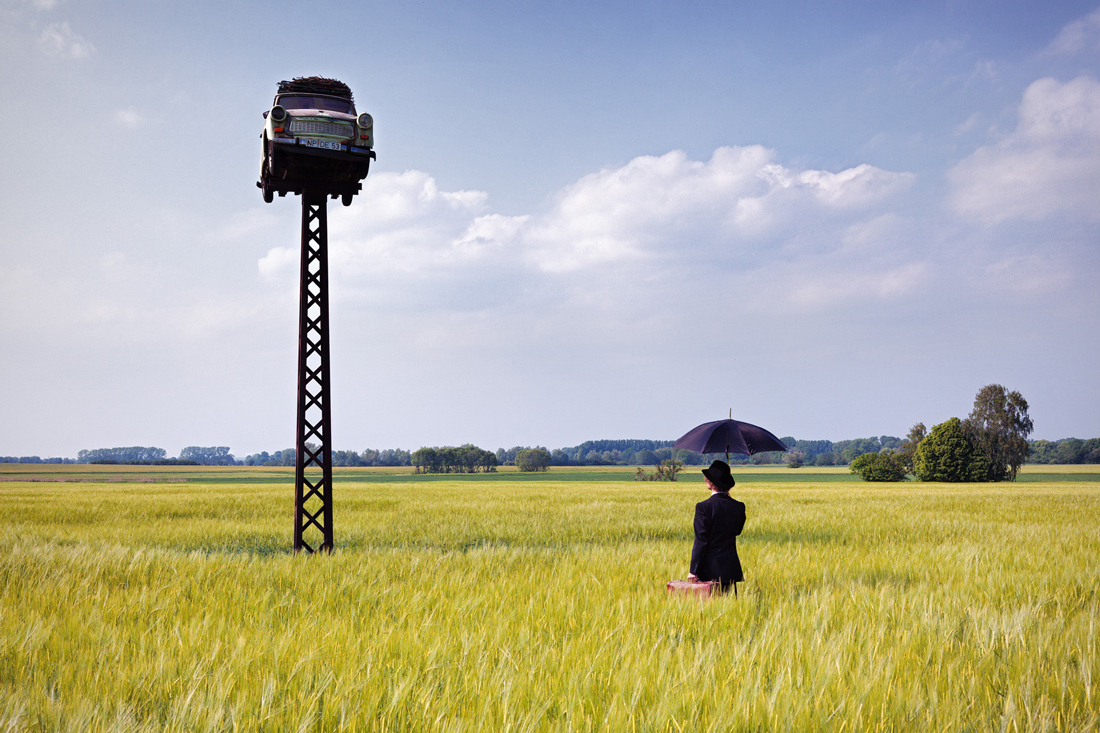 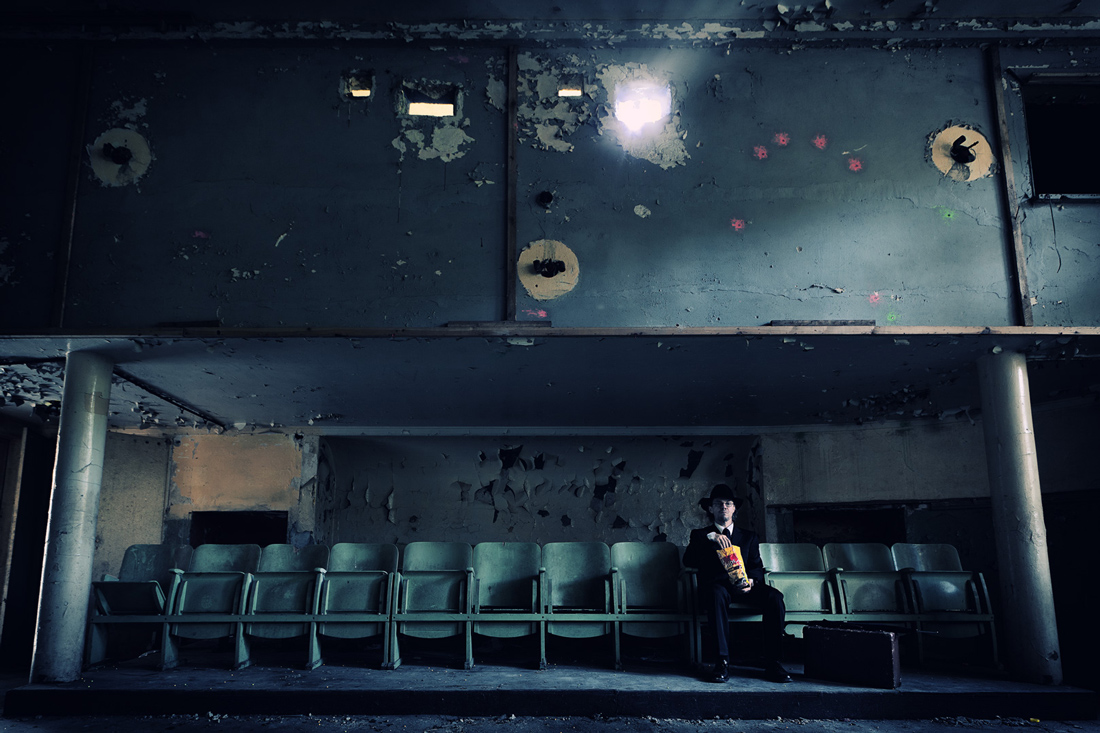 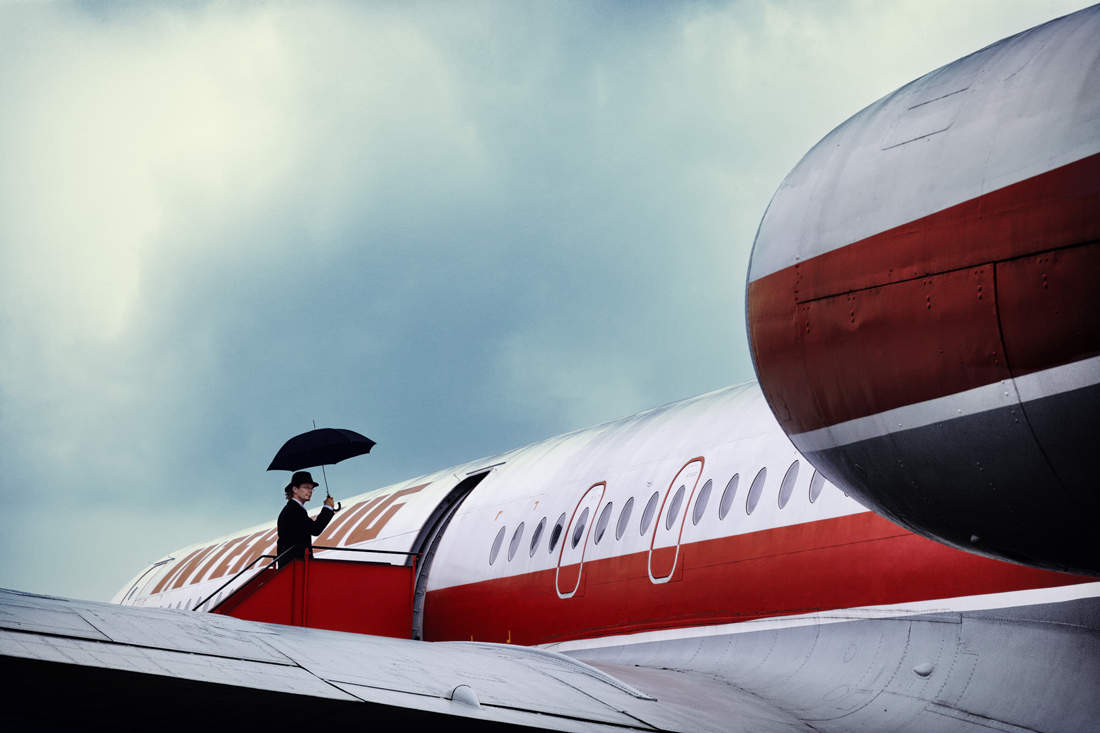 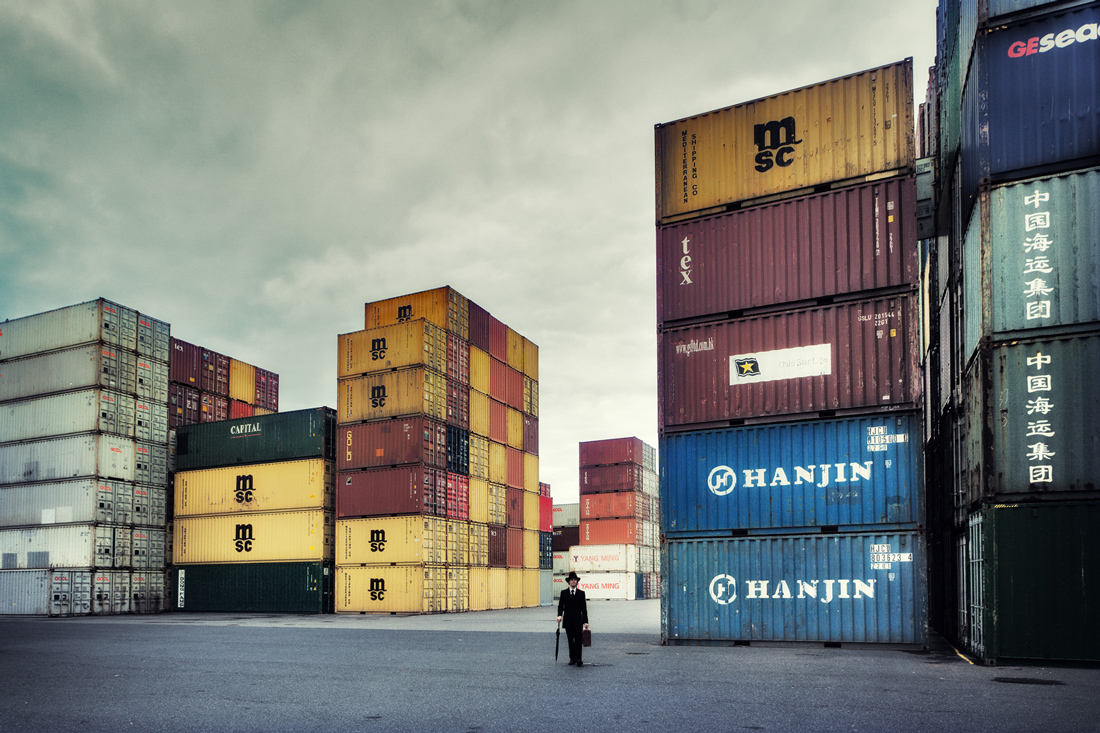 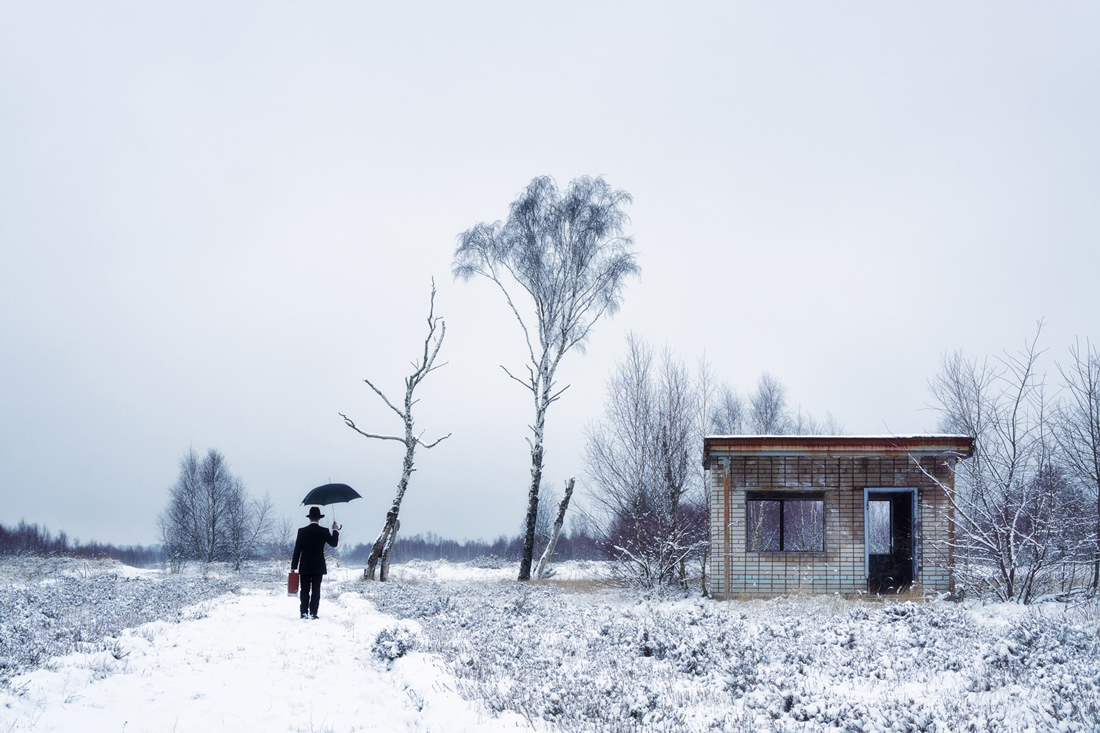 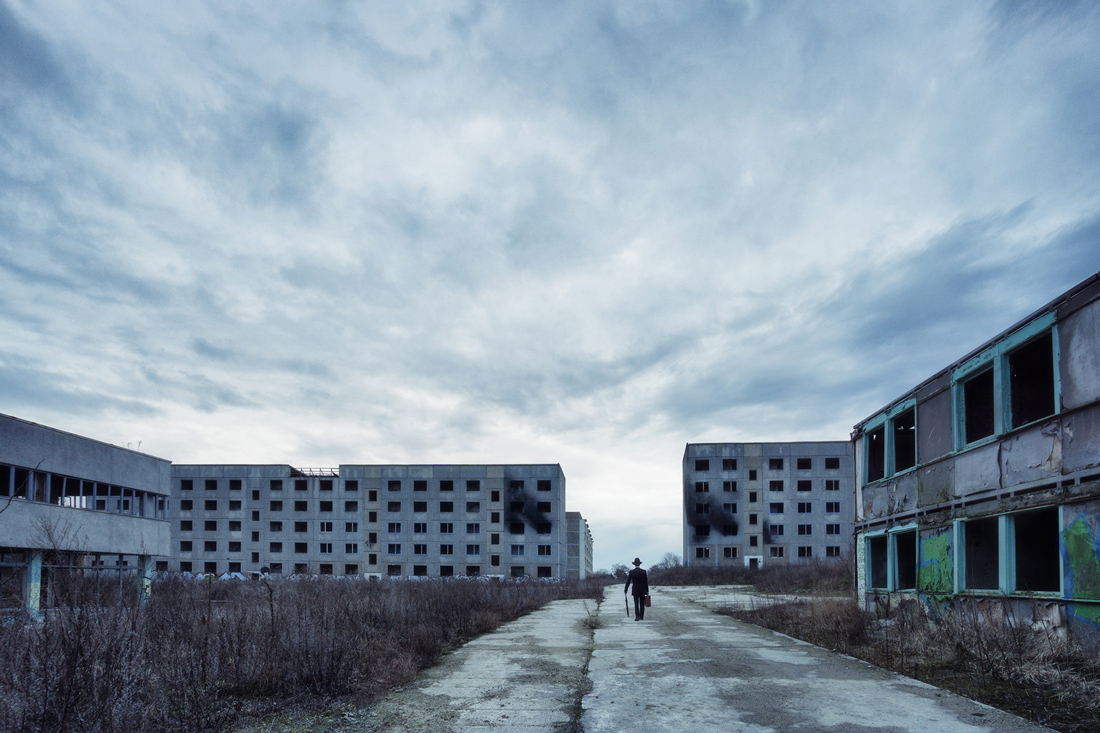 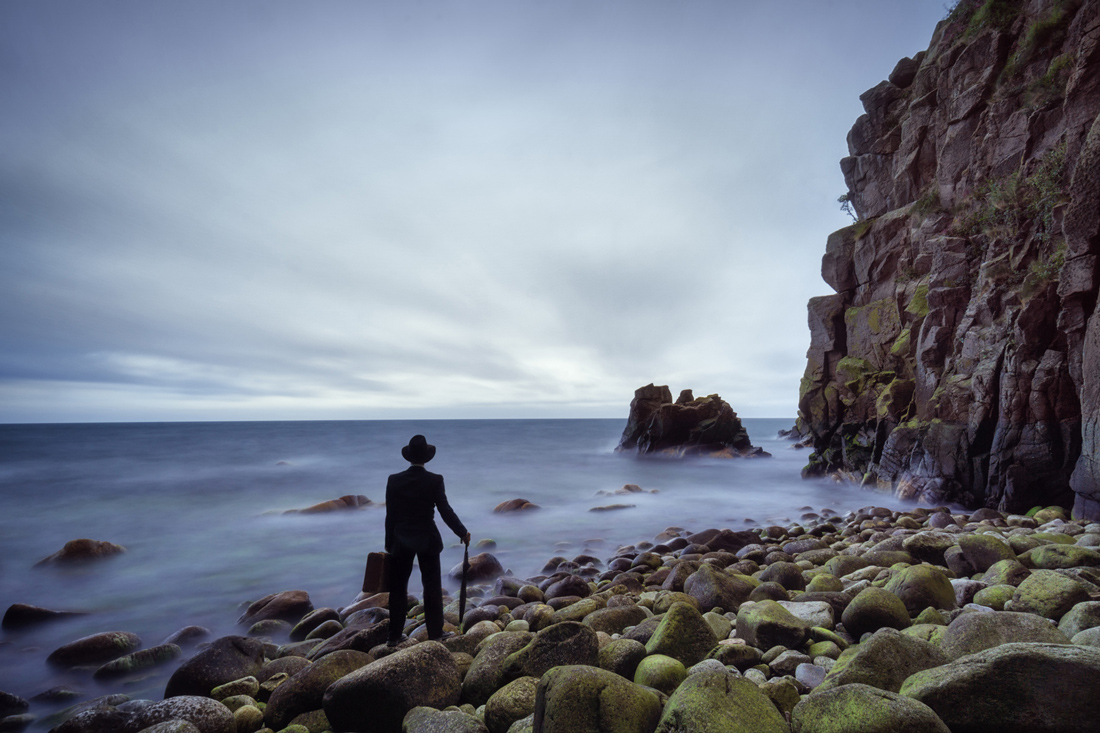 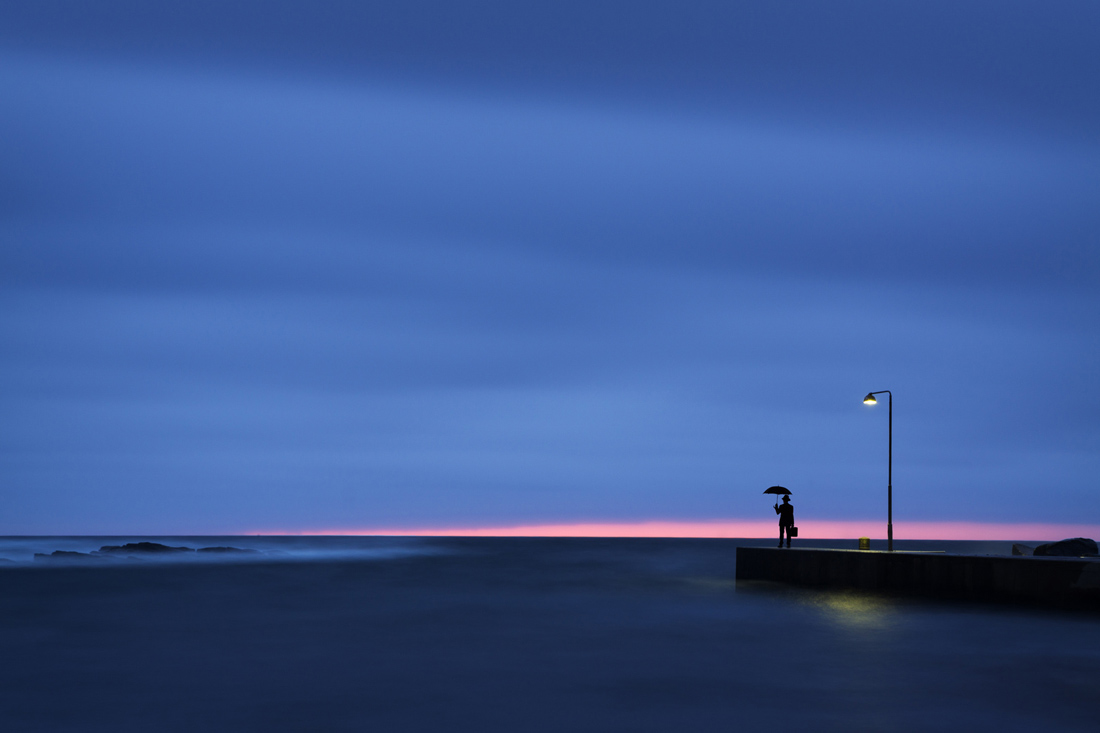 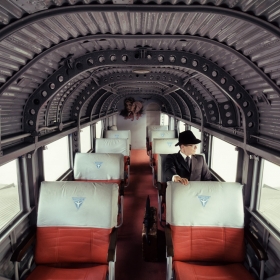 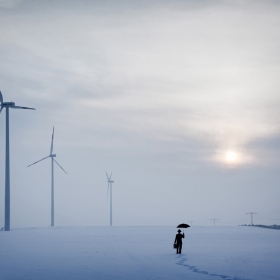 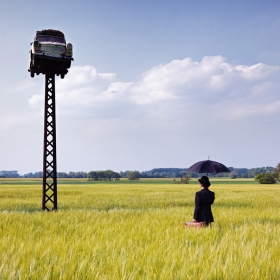 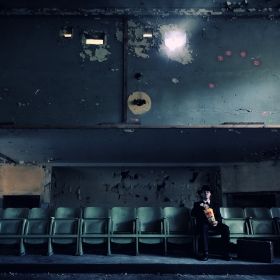 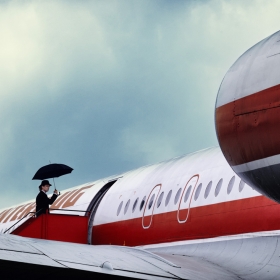 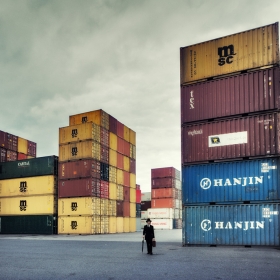 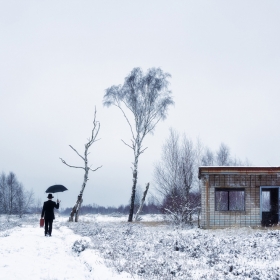 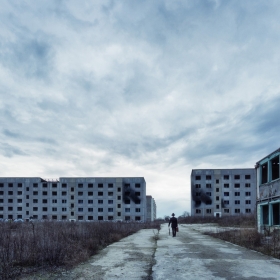 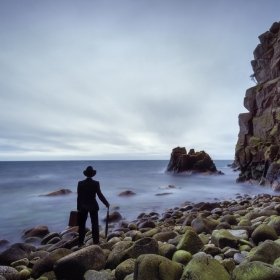 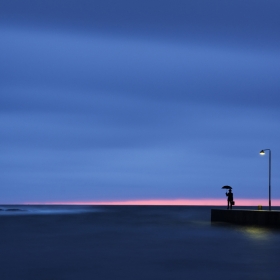 Ralph Gräf
The Traveller
Share
Support this photographer - share this work on Facebook.
My series ”The Traveller“ started in March 2010 with on a tour with friends when we found the old brown suitcase in a bunch of bulk waste on the street. This old suitcase and the end-of-time-feeling of the partially abandoned village where we found the suitcase fueled my imaginations of the figure of a traveller in time, who finds himself in various, sometimes odd situations. In order so serve as a connecting element in a series of pictures the traveller required a high recognition value, especially since he often appears only as a small eye-catcher. Thus I have created the archetypal and nostalgic figure of a man wearing a suit and a hat, who carries a suitcase and an umbrella. For the sake of convenience, the protagonist of the series is myself, since this model is always available. Thus, all pictures were taken using an interval self-timer. I started the series with settings in the context of travel and traffic. Yet, soon I broadened the scope of the term ”travel“ to being on the way in unusual places or through passed times. The fact that my traveller usually finds himself somehow out of place in his surrounding creates suspense. Since he always retains his composure even in bizarre situations, the pictures sometimes acquire a funny aspect that keeps the photos sticking in the mind of the viewer. Although often appearing only as a small person ”The Traveller“ is always the eye-catcher of the photo and enhances the attention of the viewer for the scenery he is acting in. The individual images of the series are in no consecutive sequence. Each image should tell its own story and evoke different emotions in the viewer. Find many more photos of this series at http://graef-fotografie.de/auf-reisen

About author:
I am a Potsdam-based photographer and work as a cell biologist at the University of Potsdam. Photography has escorted me through my whole adulthood. It is my medium to act out those of my creative talents that I have to neglect at my daily work. Together with ten of my friends I am organizing the “Photogallery Potsdam” (fotogalerie-potsdam.de), a successful gallery project to promote contemporary artistic photography. With my photos I want to stimulate the imagination of the viewer and to tell a story that emotionally touches him, since sensing emotions is the prerequisite to keep pictures sticking in the viewer’s mind. I prefer available light and clearly composed pictures with a discreetly arranged motive. I like working with a series concept in mind that makes the photos more suitable for exhibitions and photo books. Since 2010 I presented my photographic projects in sixteen well-acclaimed exhibitions in Berlin, Brandenburg, Potsdam, Munich, Neubrandenburg, Milano and Gorzów Wielkopolski. Several photos won prizes or were shortlisted in national and international photo contests. My greatest success was the double win at the Sony World Photography Award 2017 where I could win the “Travel” category and the Germany National Award. All my projects are displayed on my website.