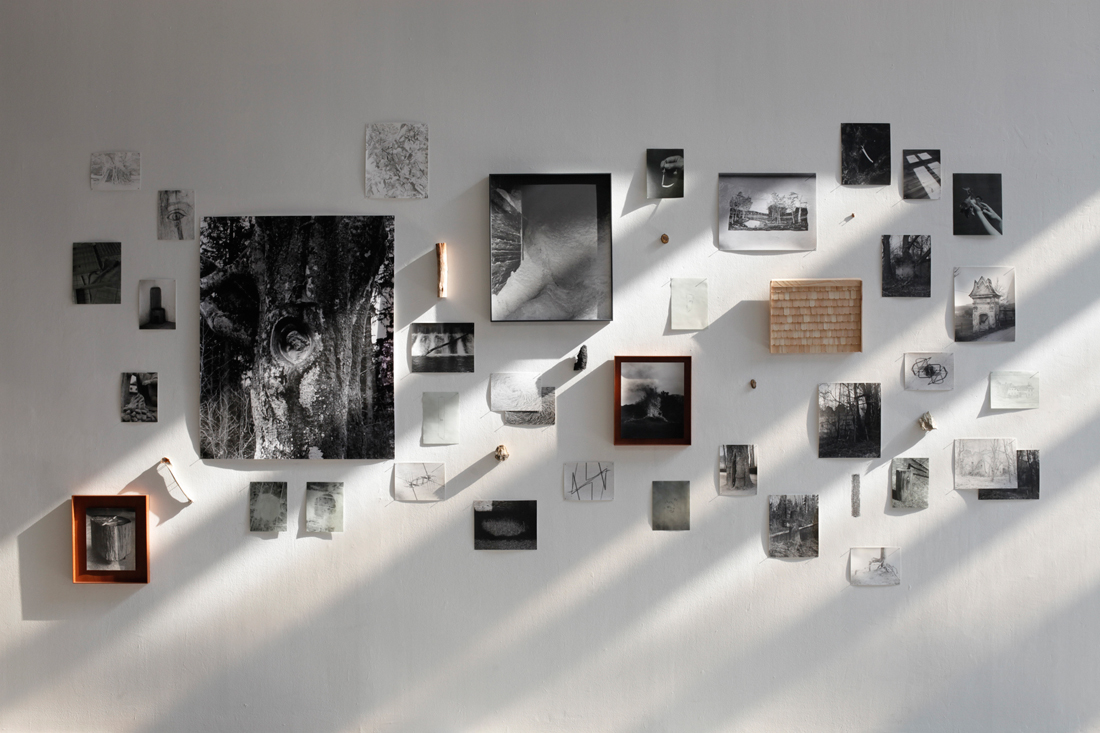 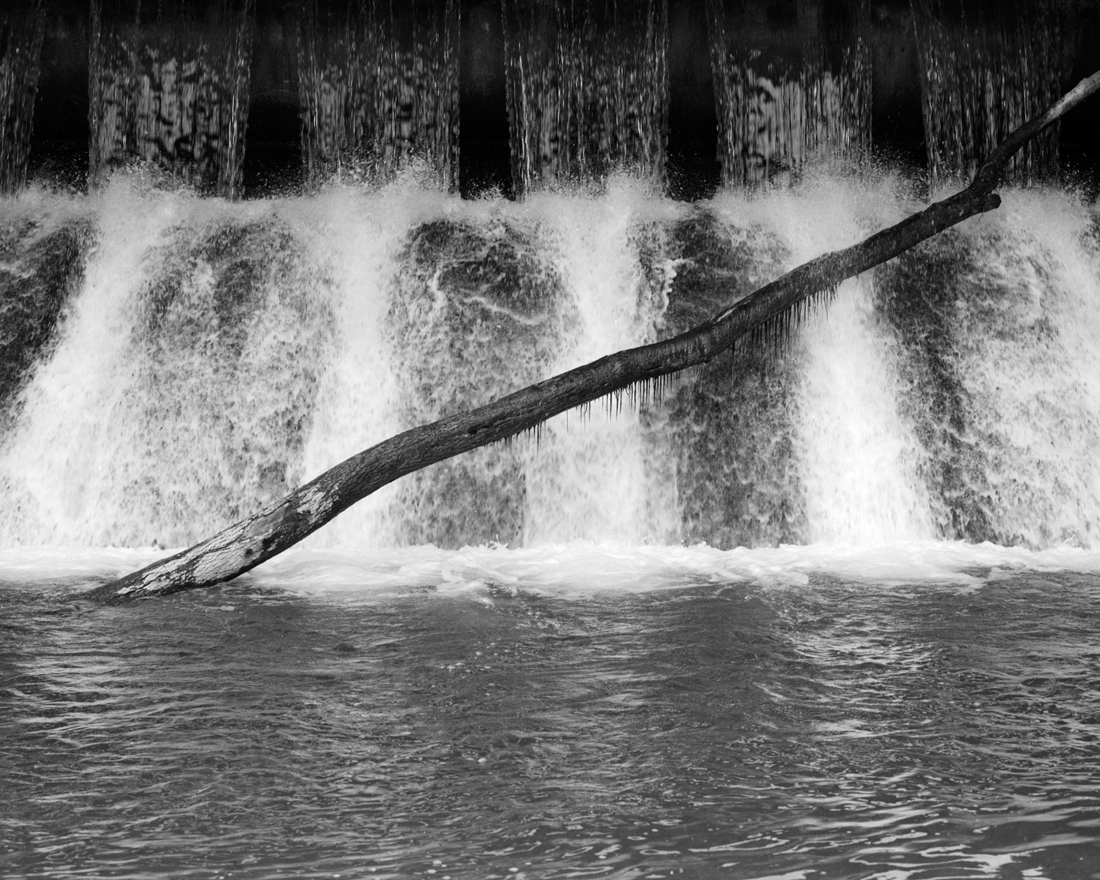 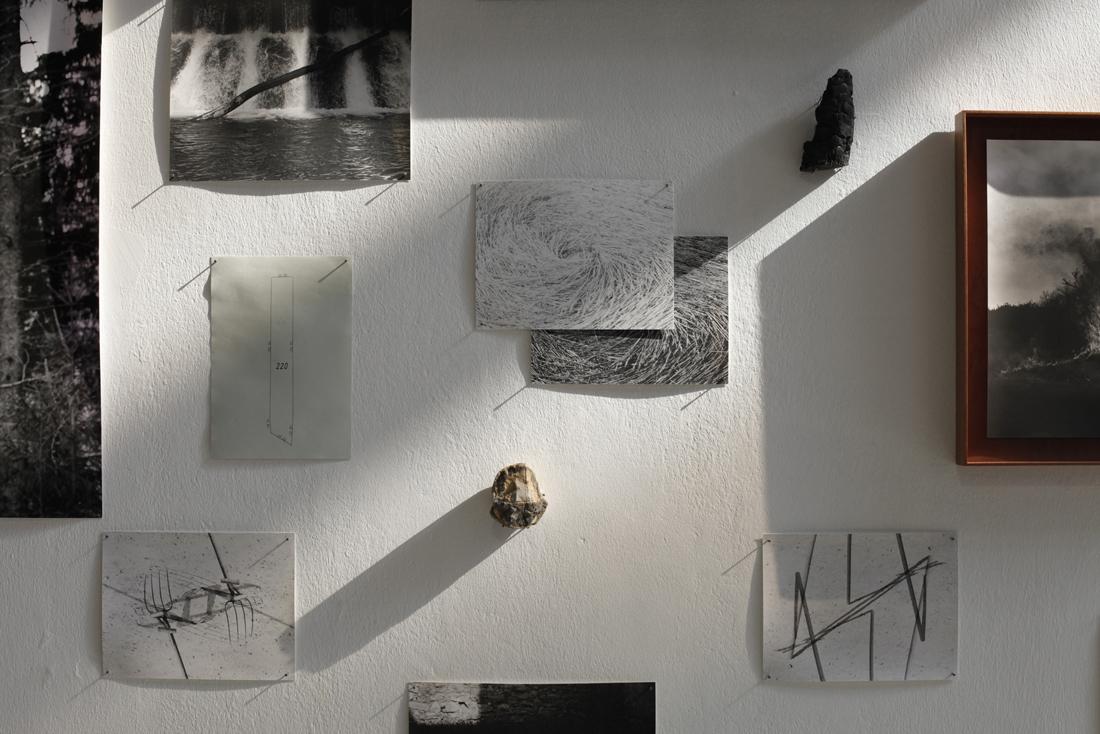 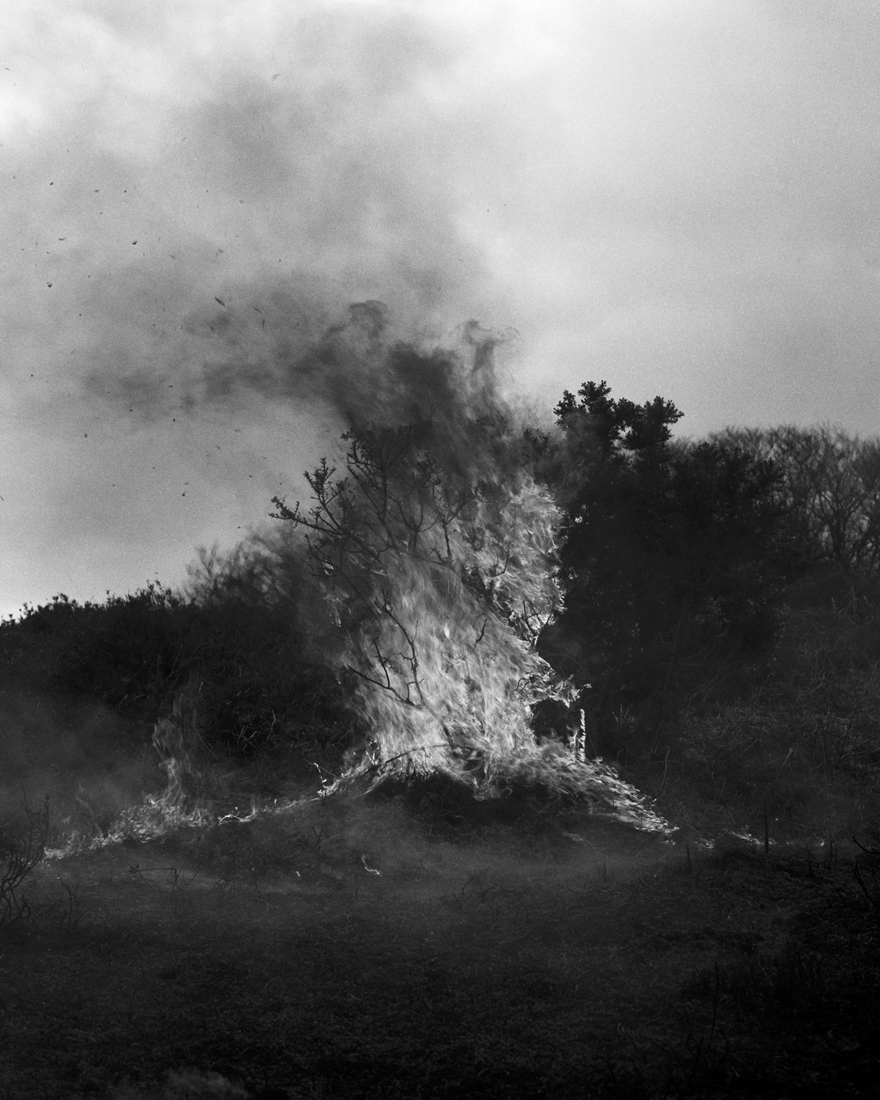 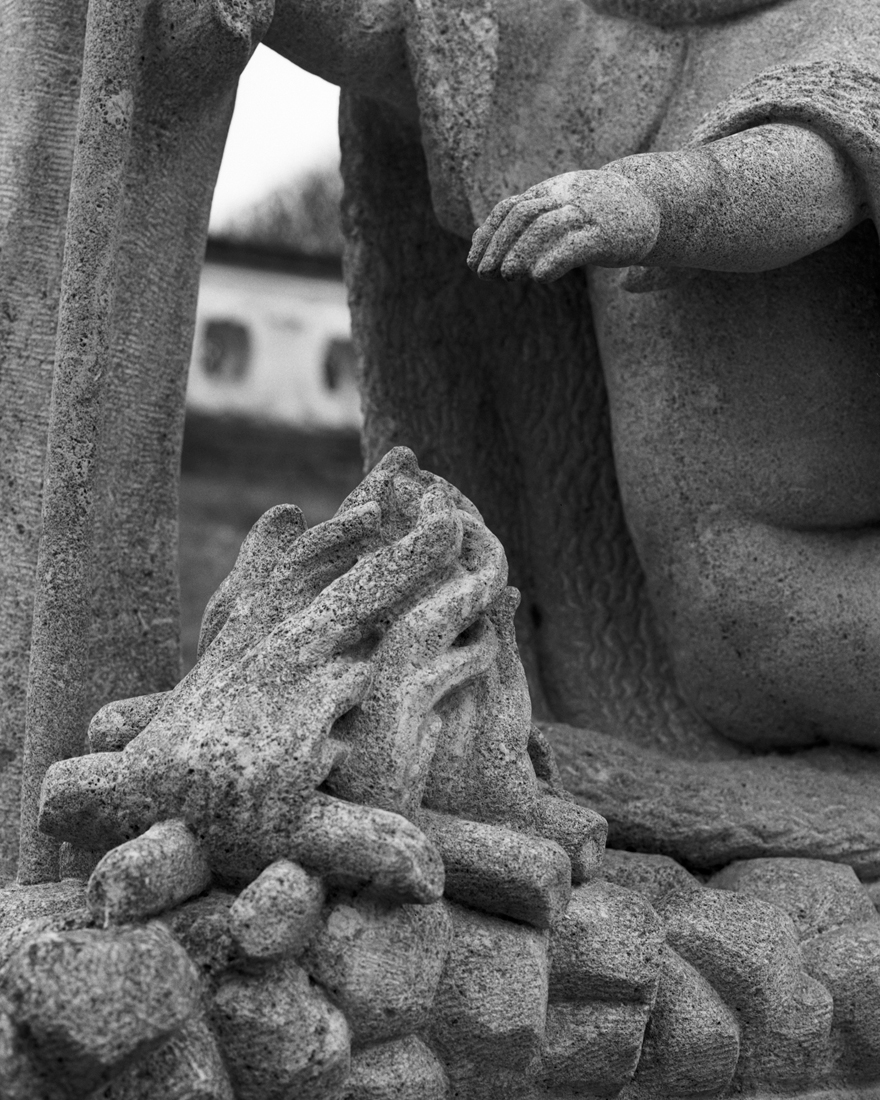 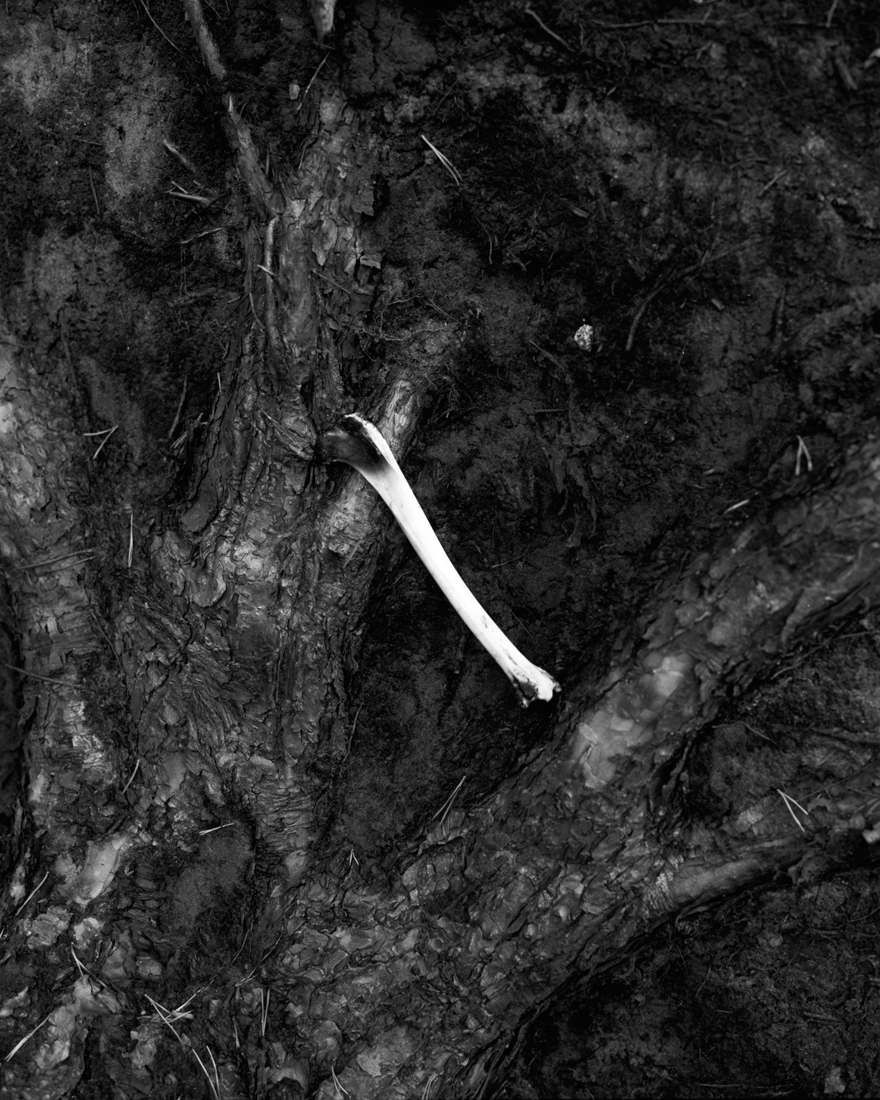 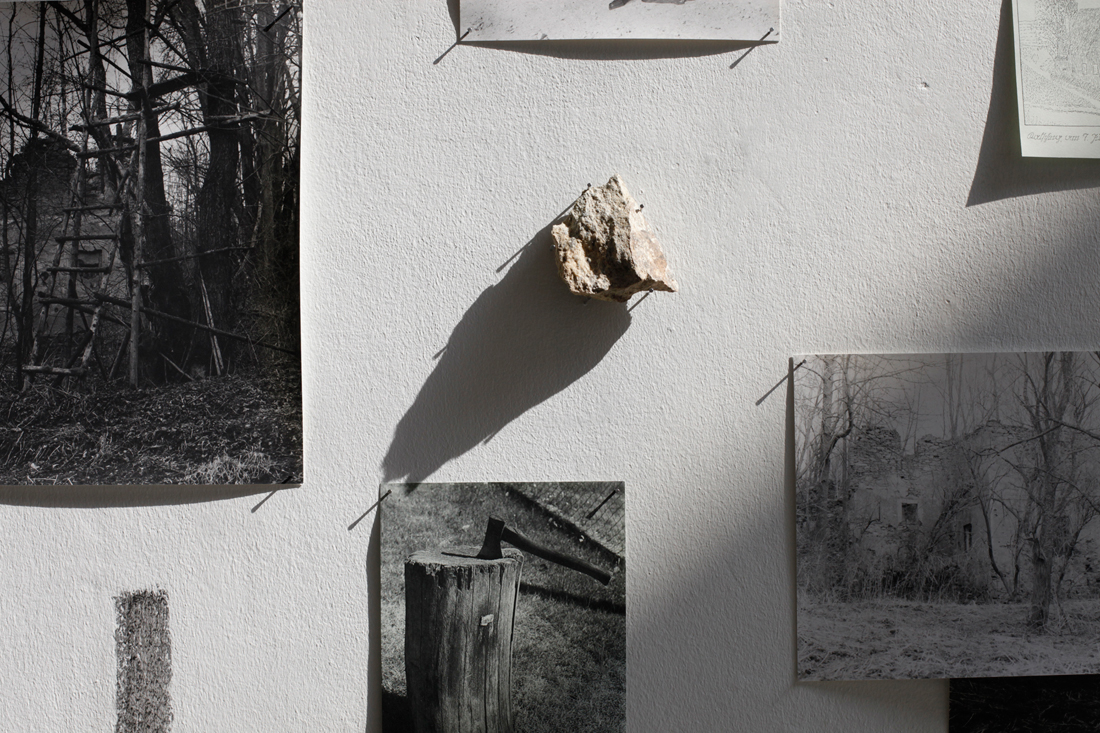 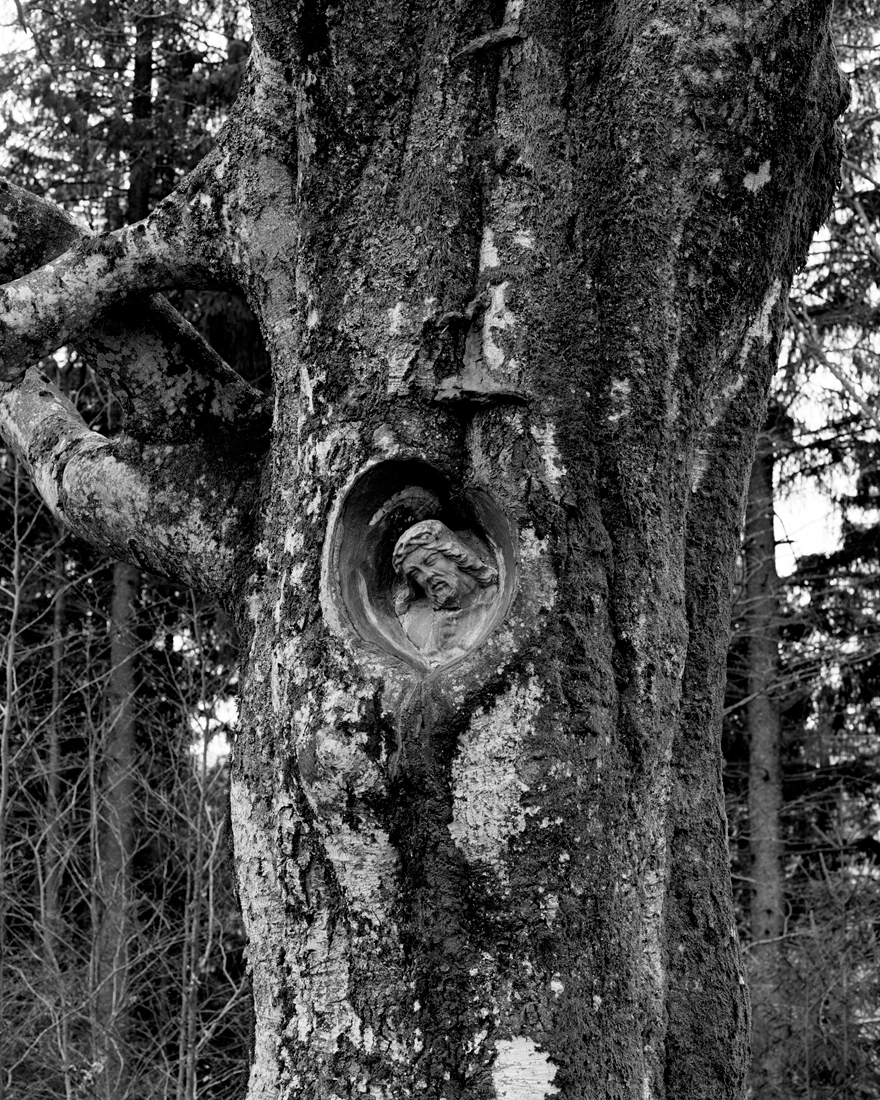 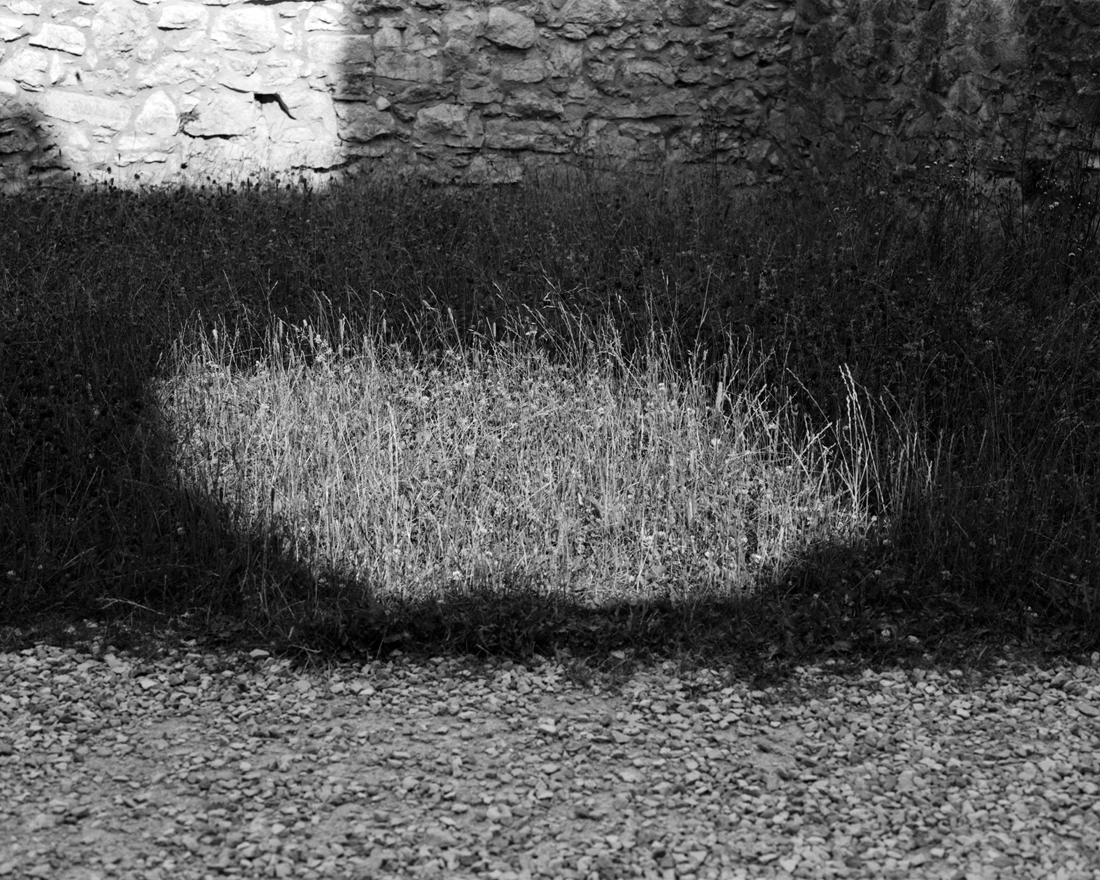 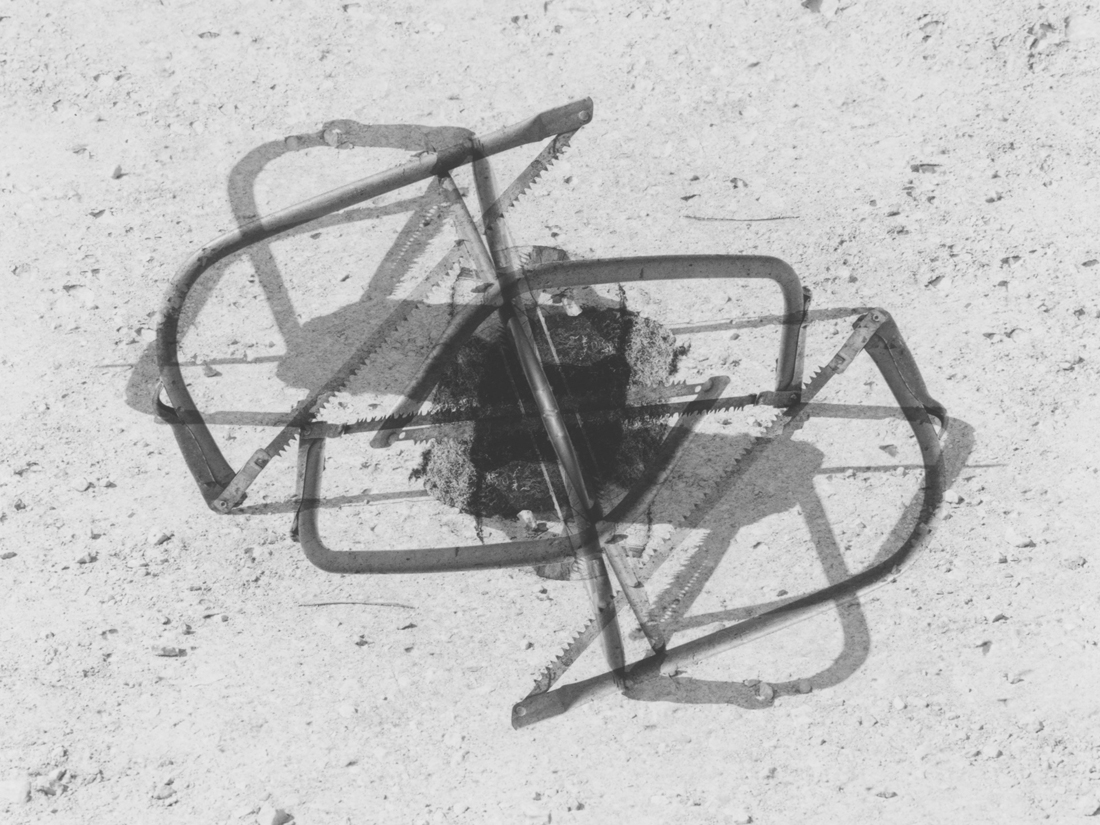 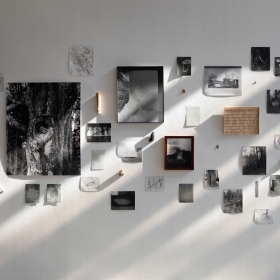 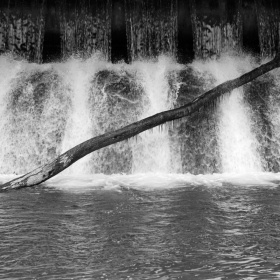 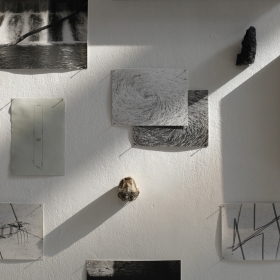 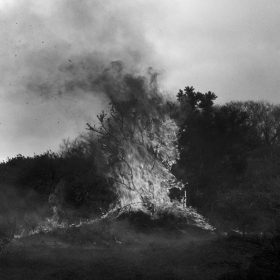 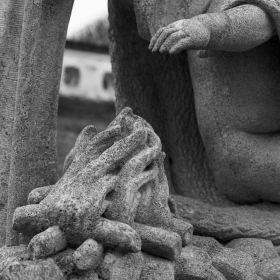 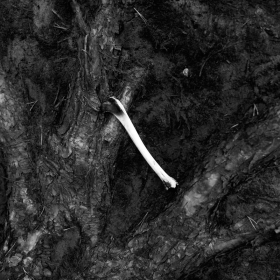 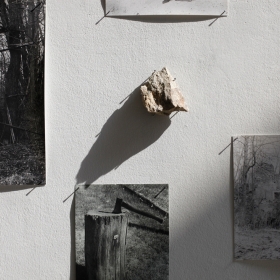 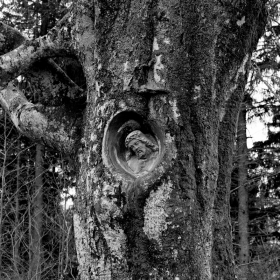 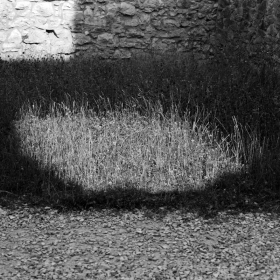 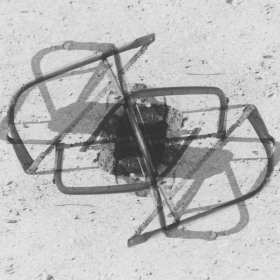 
 One morning, staring out of a car window into dense red fir forests lining the road, I noticed the
 strange patterns created by the bright trees and the slivers of dark air caught among them.
 Sometimes, the trunks appear black instead, leaving only the gaps between them illuminated.

Based on the ancient legends of the world tree, a central axis supporting heaven and earth, this
project expands into a poetic study of the notion of origin, the cyclical nature of devotion, and the
anonymity of craft. Traditions of building open up a circumnavigation of sites of worship; surpassing
landscape as visual construct and returning to land as graspable object. Drawing from countless
mythologies of the forest, my concern lies in keeping visible those fragments of knowledge
embedded so deeply in collective memory they are on the brink of eclipsing themselves. Collating
multiple narratives into a story of endurance, this body of work oscillates between the boundaries of
the found and made. Layers of imagery are eroded, gathered, and compressed again by the force of
interwoven histories; a built land gradually reveals its marks of engagement and possession.

Shot between England, Germany, and the Czech Republic, physical locations are extracted and re-
arranged, created anew within the space of the photographs. My own family lies at the centre of a
web of connections to living and working in the woods of our shared past; the traces of these
relations continue to take root in my practice. From following workmen setting controlled fires,
leaving behind an earth burnt but renewed, to photographing the woods my grandfathers owned,
my images arrest the transformation of matter at various stages - from wood to stone, from bone to
ash, to dust and soil, to a state loosened from the successive structure of past, present, and future.