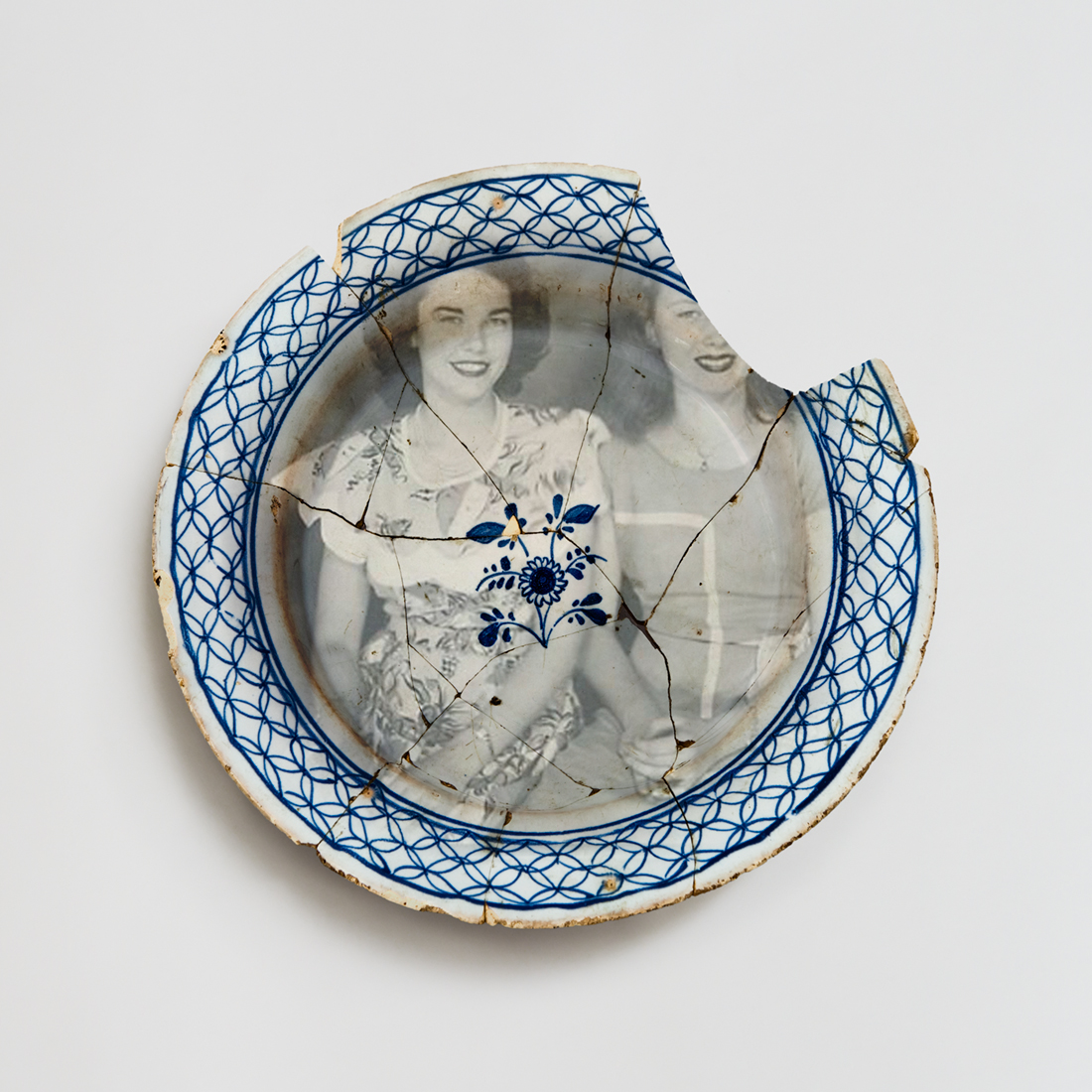 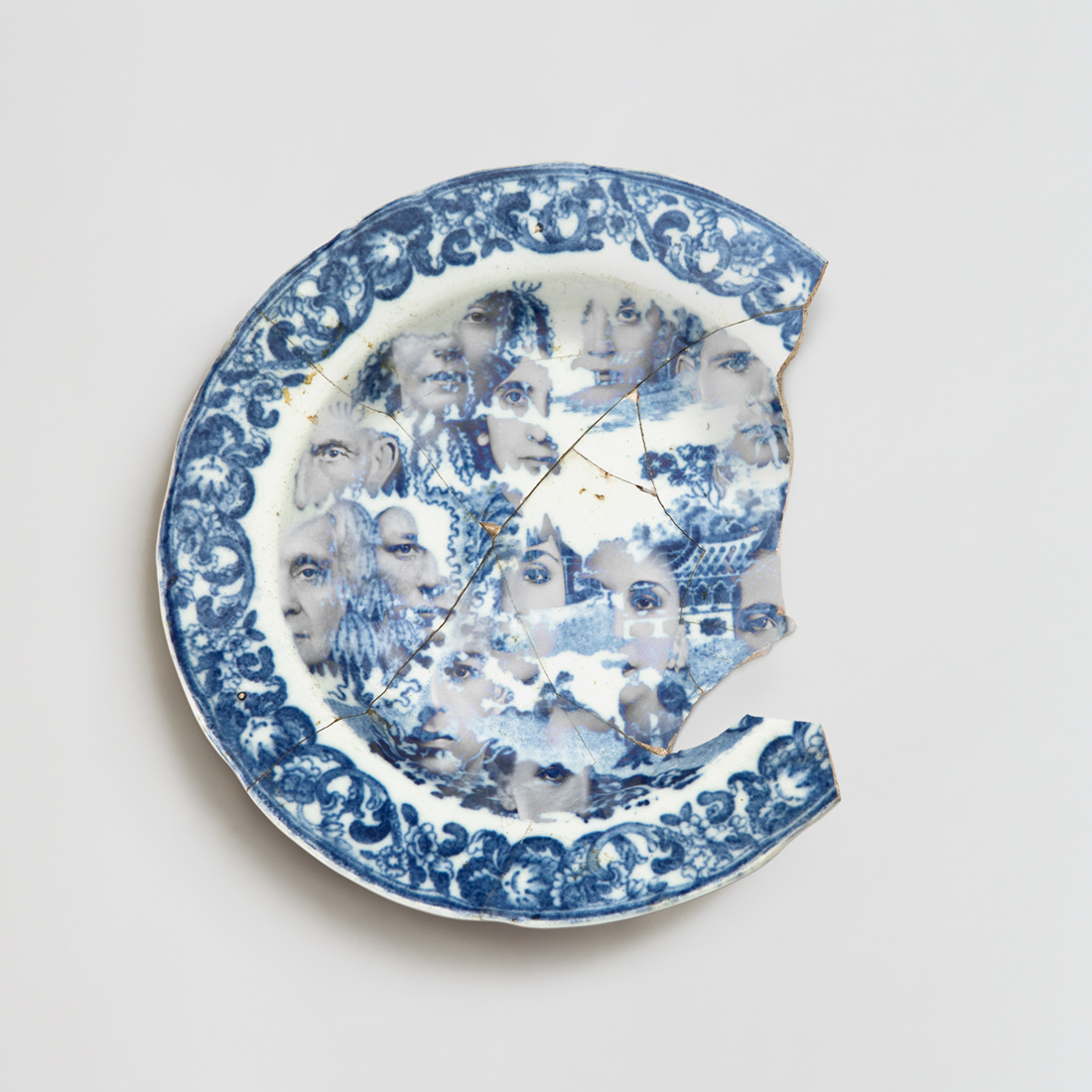 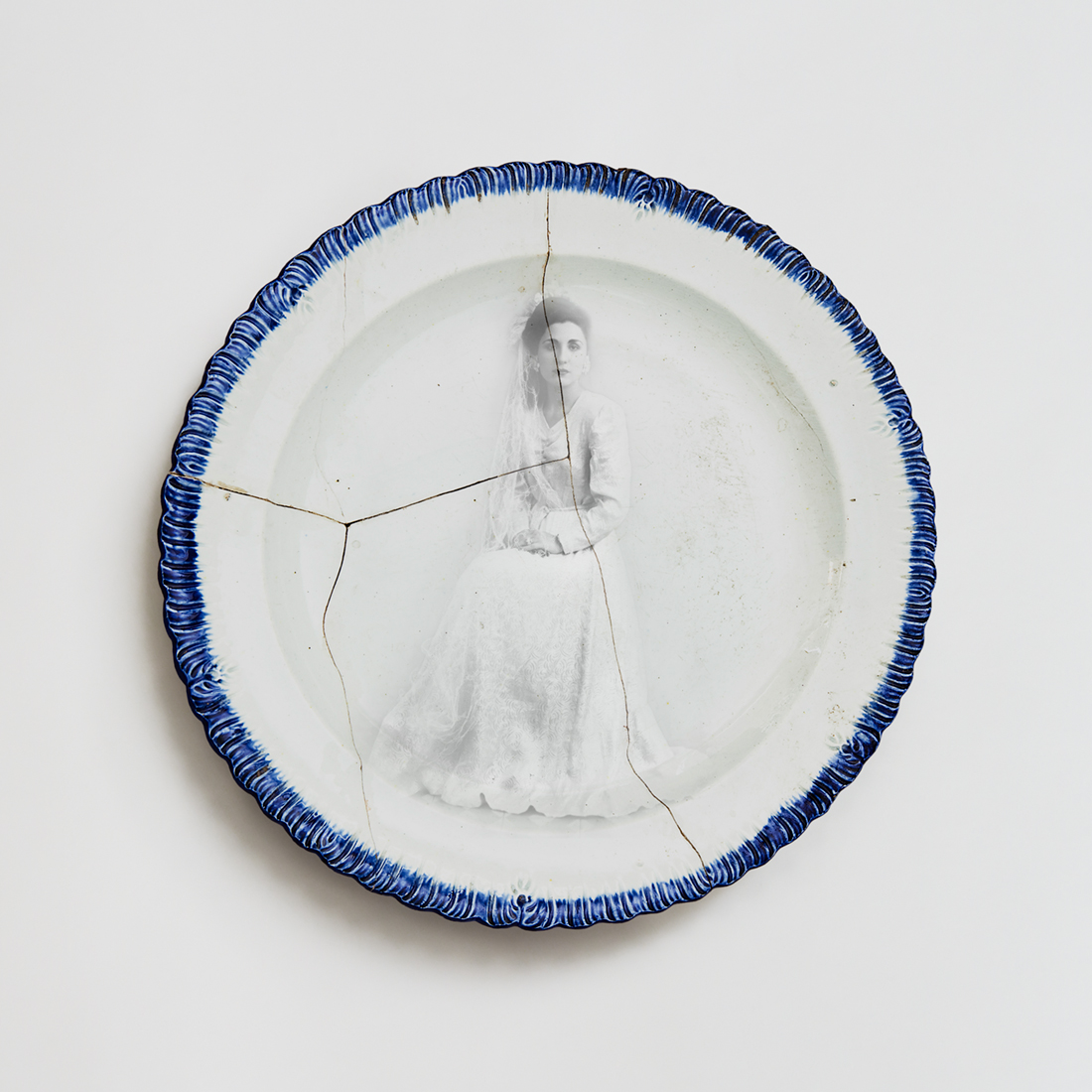 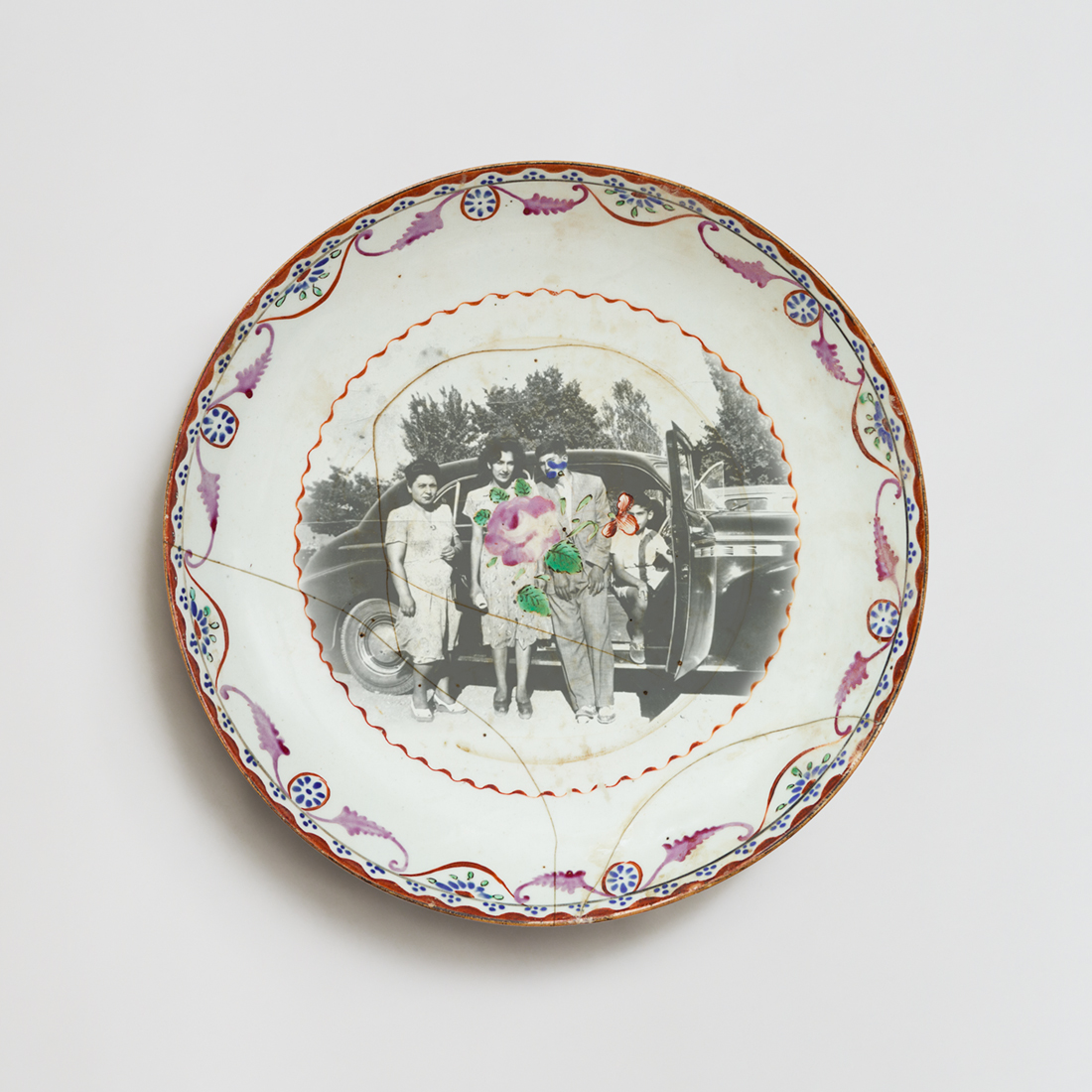 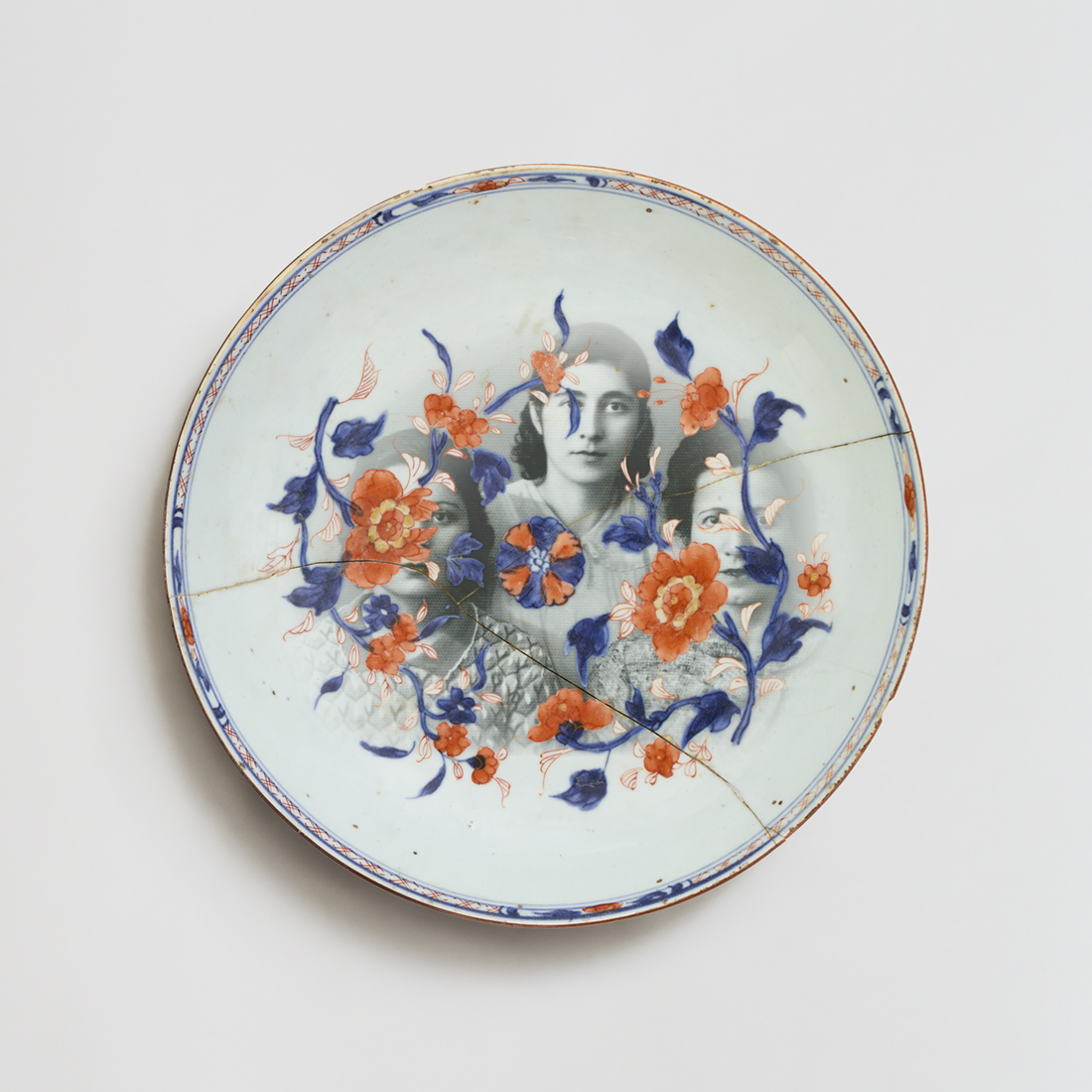 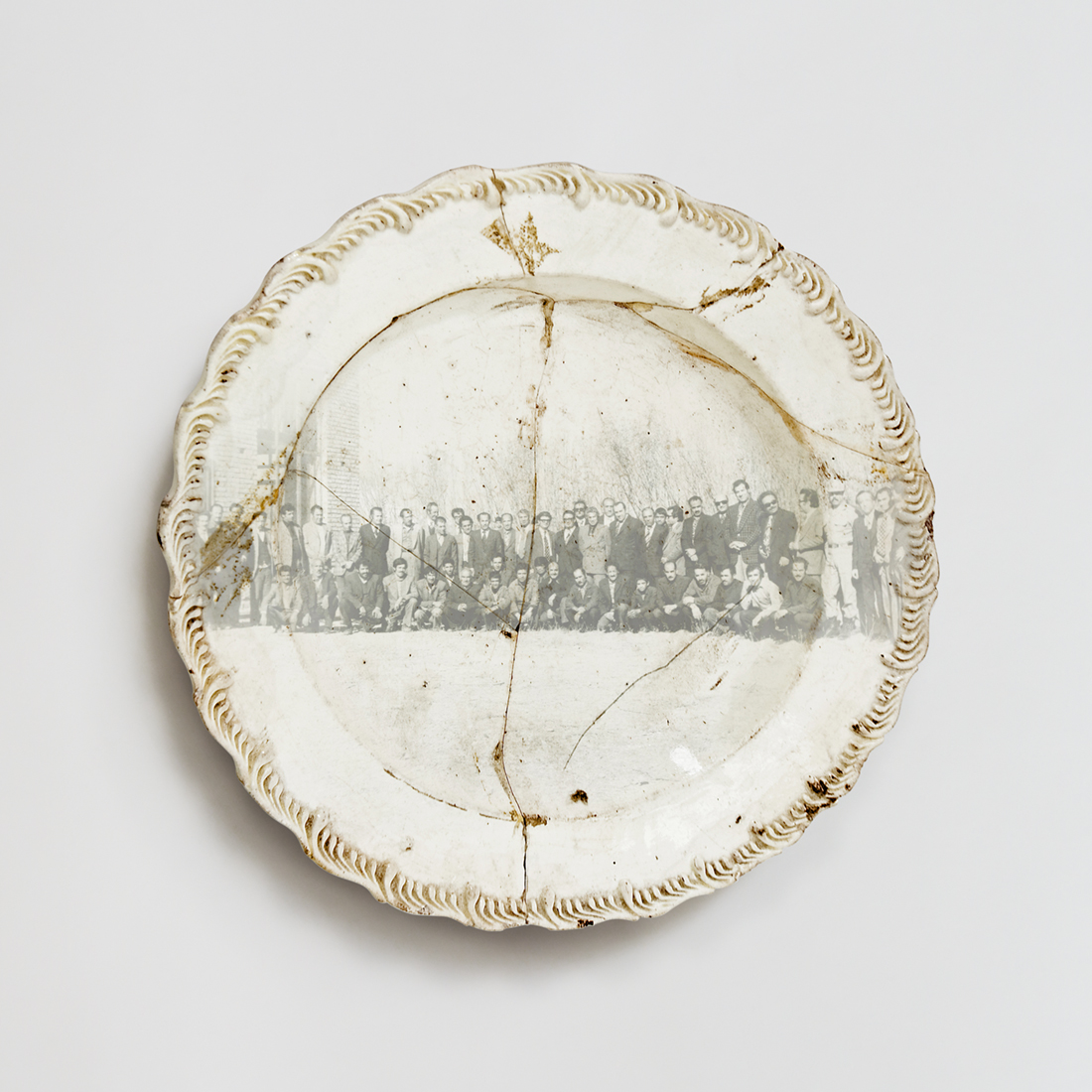 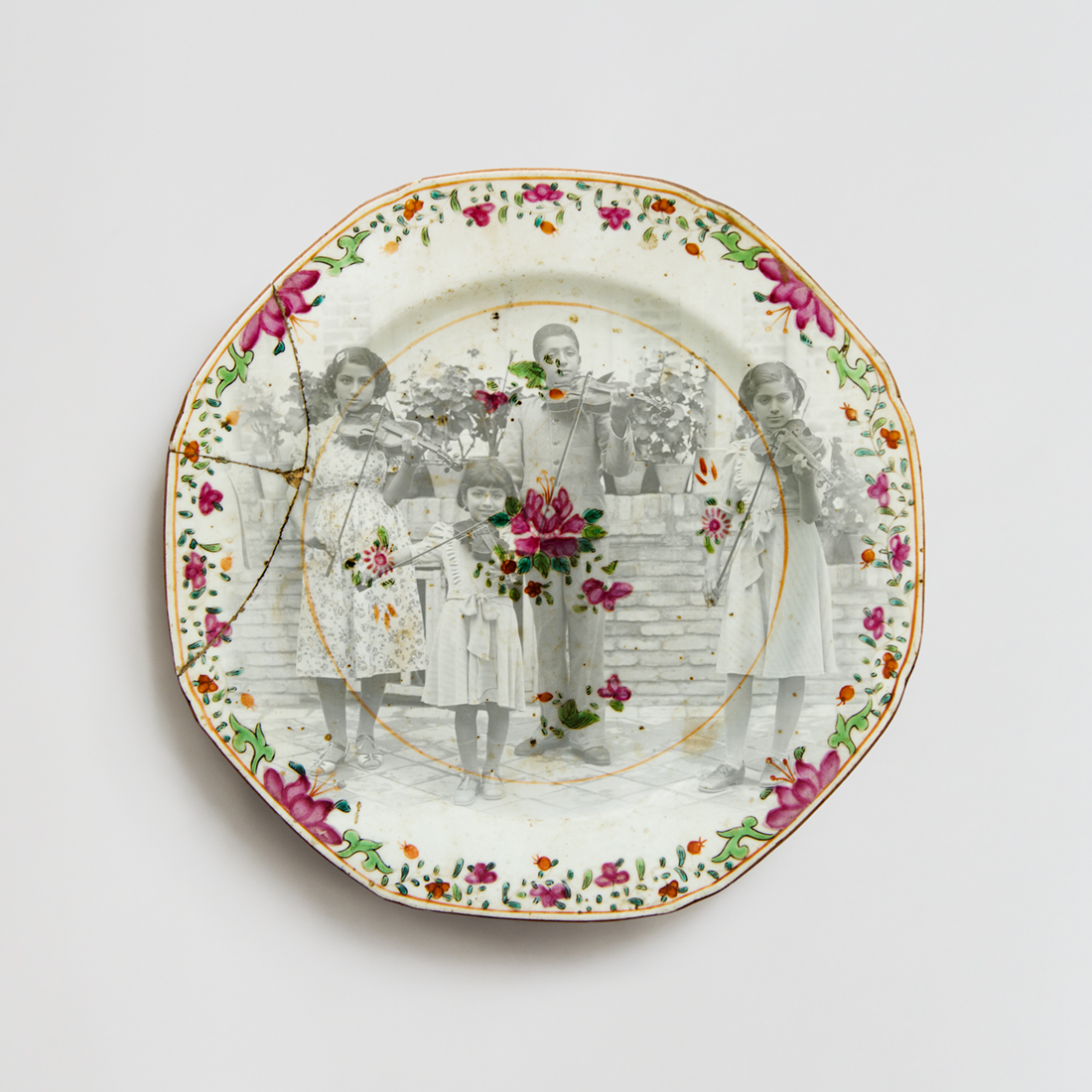 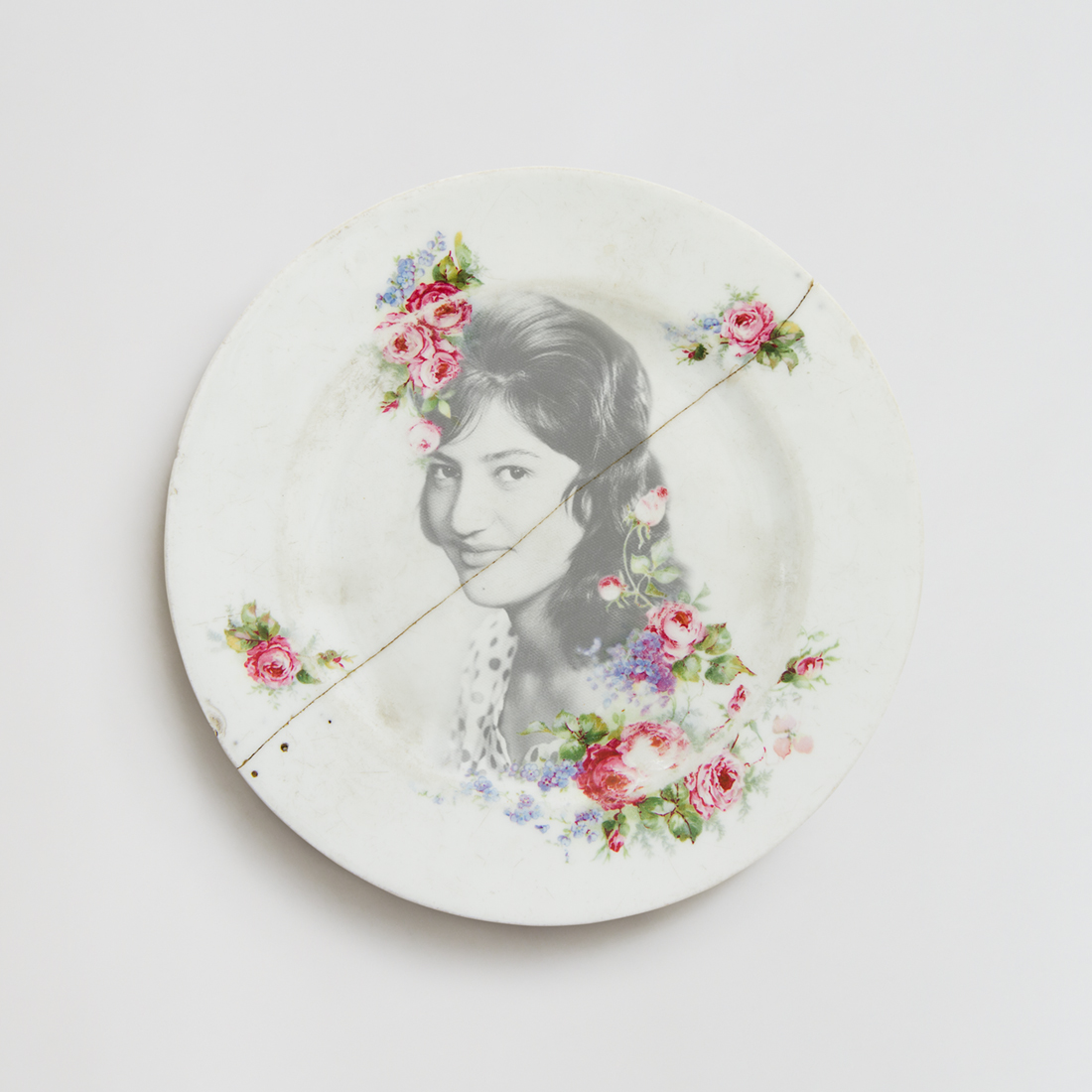 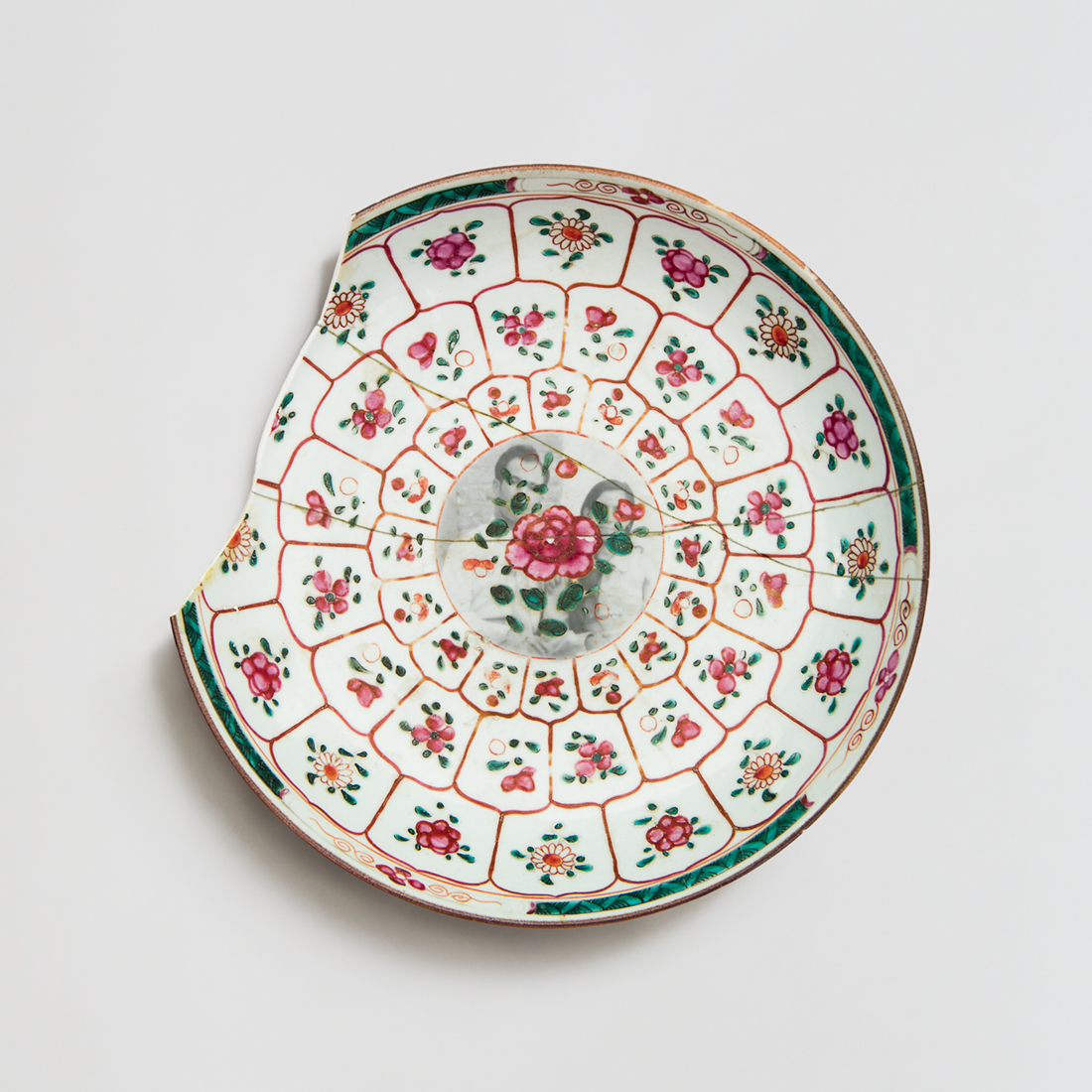 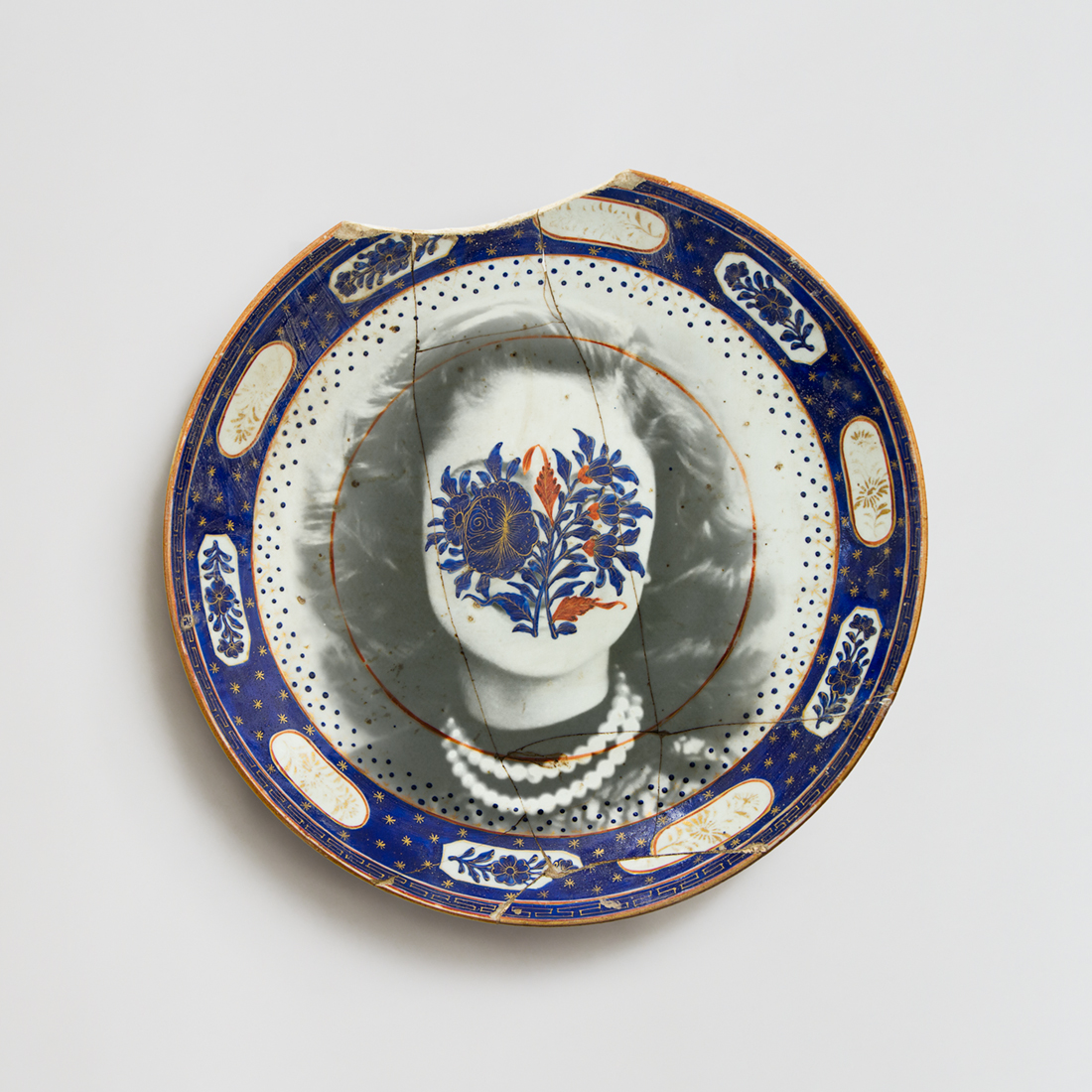 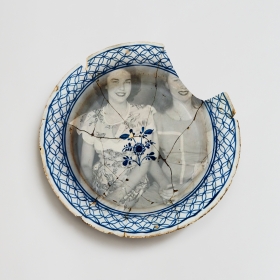 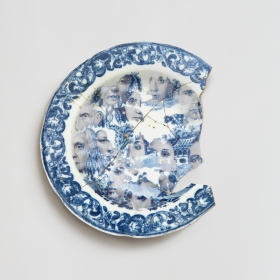 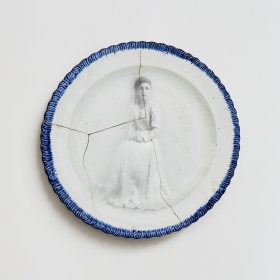 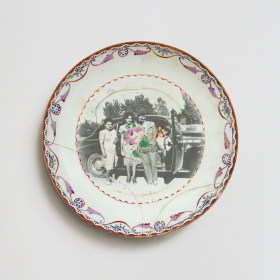 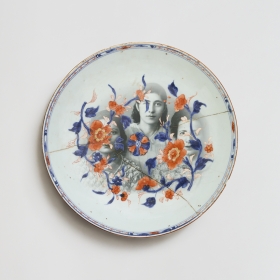 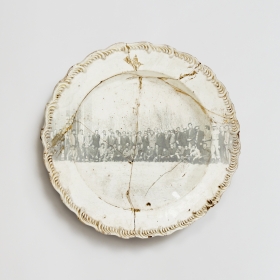 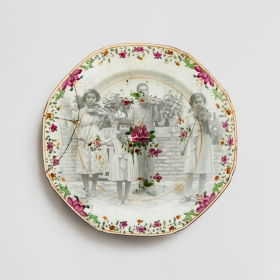 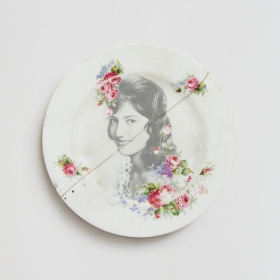 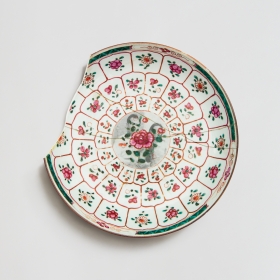 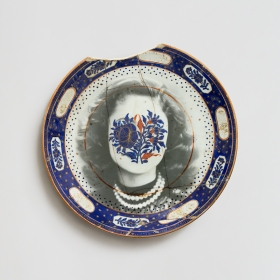 Saeed Rezvanian
Our Scattered Parts
Share
Support this photographer - share this work on Facebook.
Each memory has started disappearing since its rise time.
Time creates memories and annihilates them itself as well.
“Remembering” is going to a battle against time however during such a conflict there is nothing to be found except some scrappy parts.

This series is about memory and remembering. Plates are figurative of memory mechanism. The parts which appose beside together to make a substance (memory) and some parts are absent sometime. On the other hand plates are memory frangibility and susceptibility indication.
Old photographs in the series are selected from family album of common people about 1940 to 1970 in Iran.
There was a profession which called “Band-zani” in old Iran until some decades ago, and a person who called “Band-zan” (tinker) repairs broken porcelain or pottery dishes such a plate, bowl, pot , … “Band-zan” usually goes like a tinker from a quarter to another. He makes two tiny holes in both sides of crack or flaw in back of dishes and punch top of two thin and small iron or brass wire inside holes then rubs special glue made from lime and albumen on crack and stick broken parts together. Dishes will be ready again to use after repairing.
Plates had bold and usual presence in ordinary life, either in individual area and personal area is used. The plates which have used in this series all are from sample of usable and popular plates at Iranian house between about 1900 to 1970 that some made in Iran and some from abroad. One of the most well-known plates which had special popularity between Iranian families was called “Gol-e-Sorkhi” (Red flower); its pattern was several red rose and blossoms between green leaves on white background.