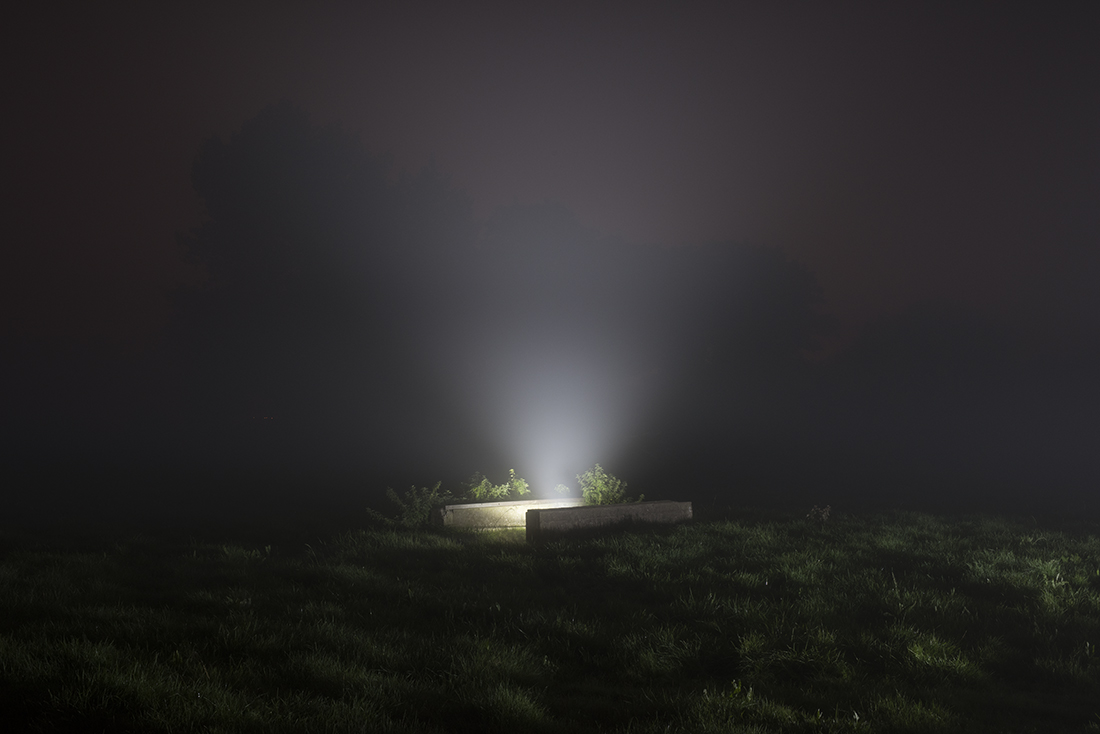 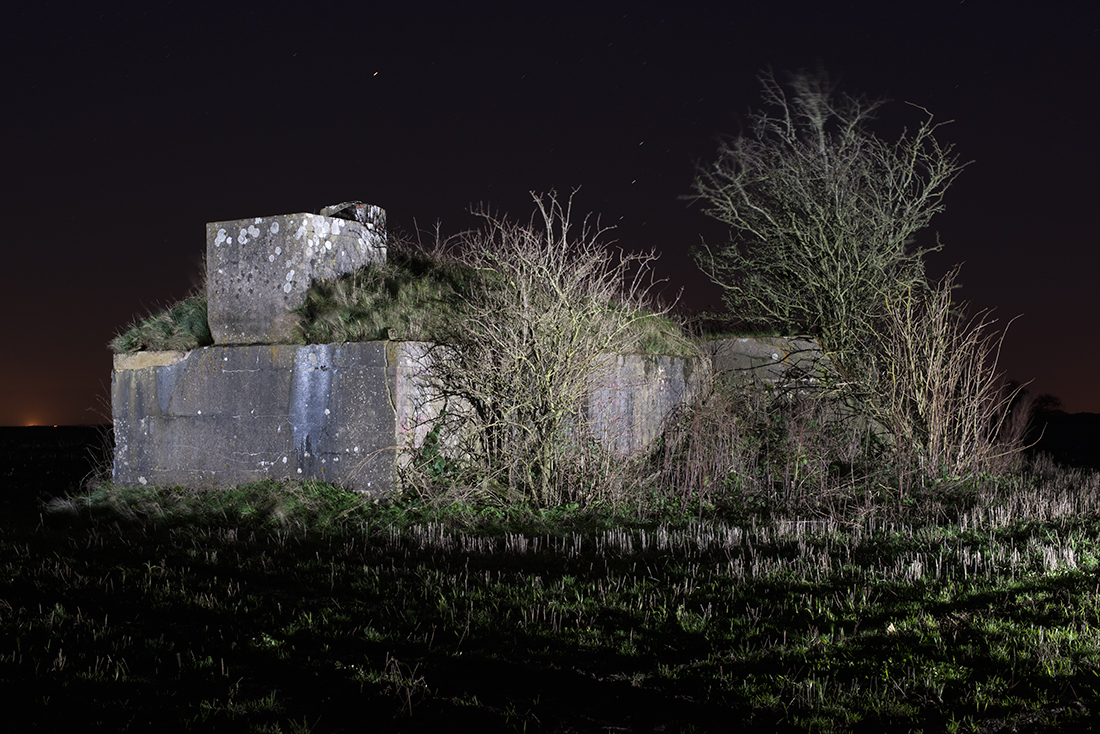 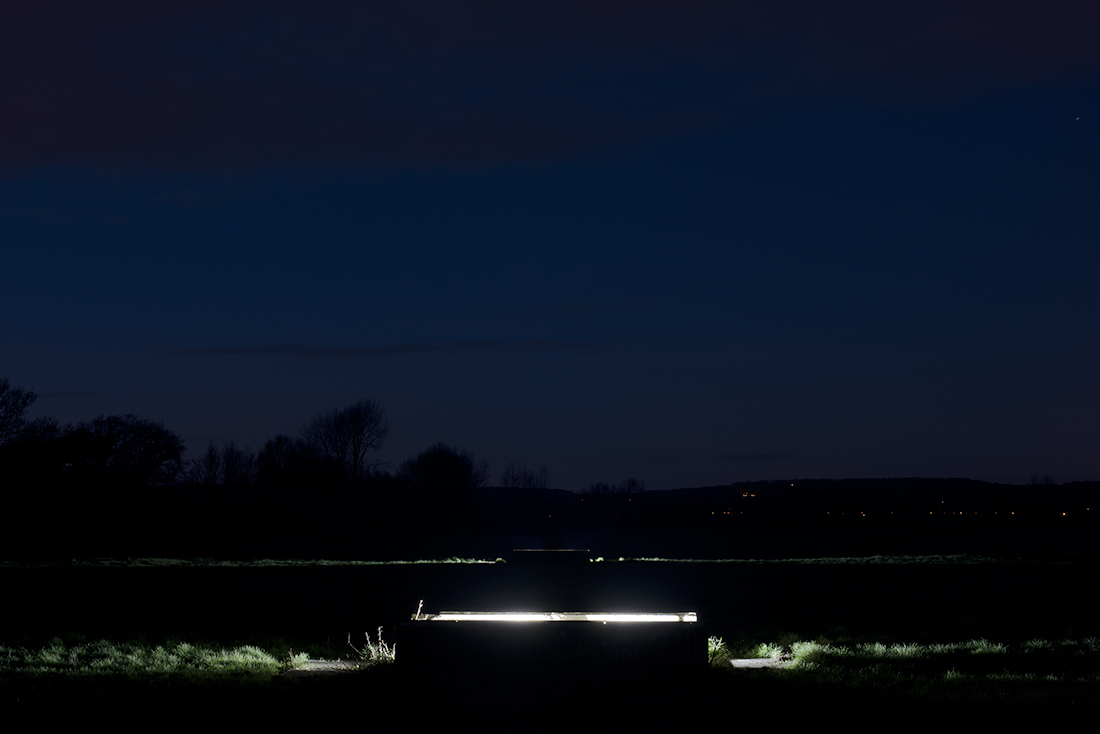 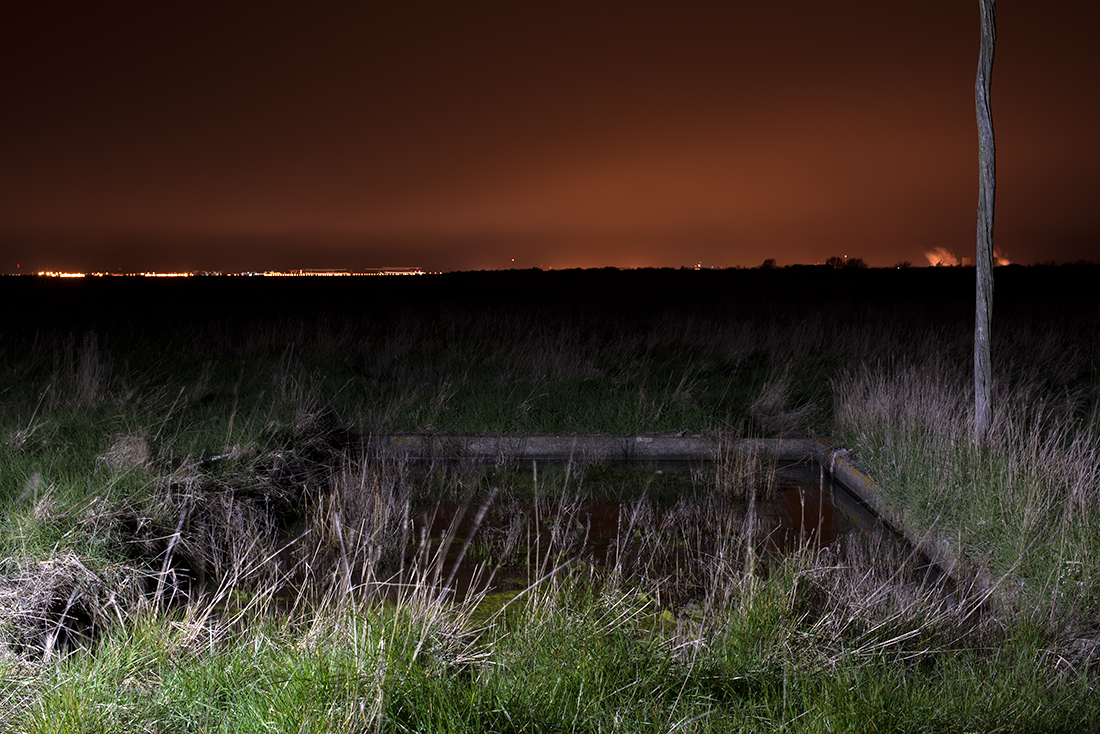 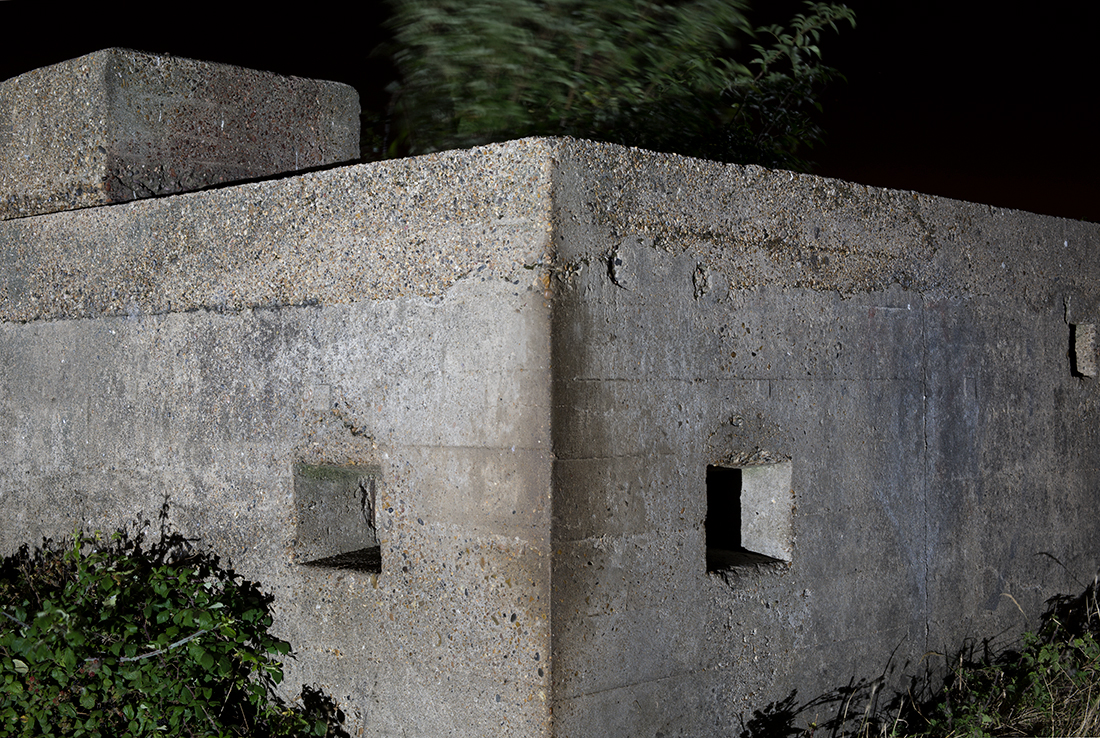 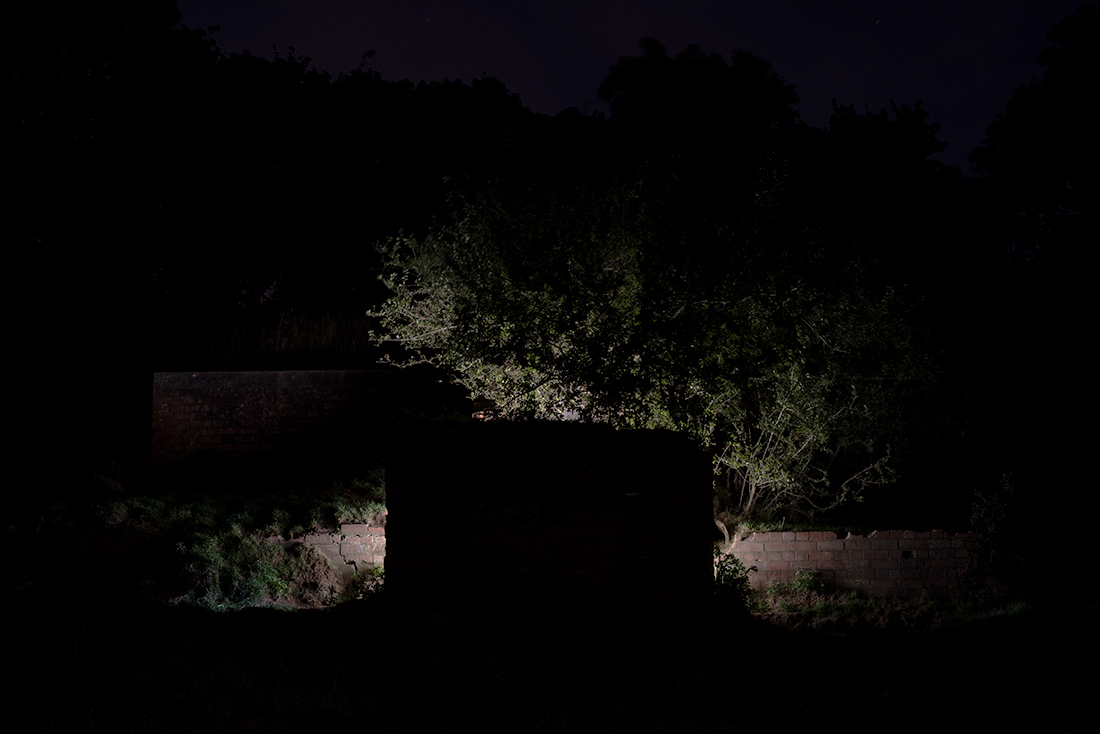 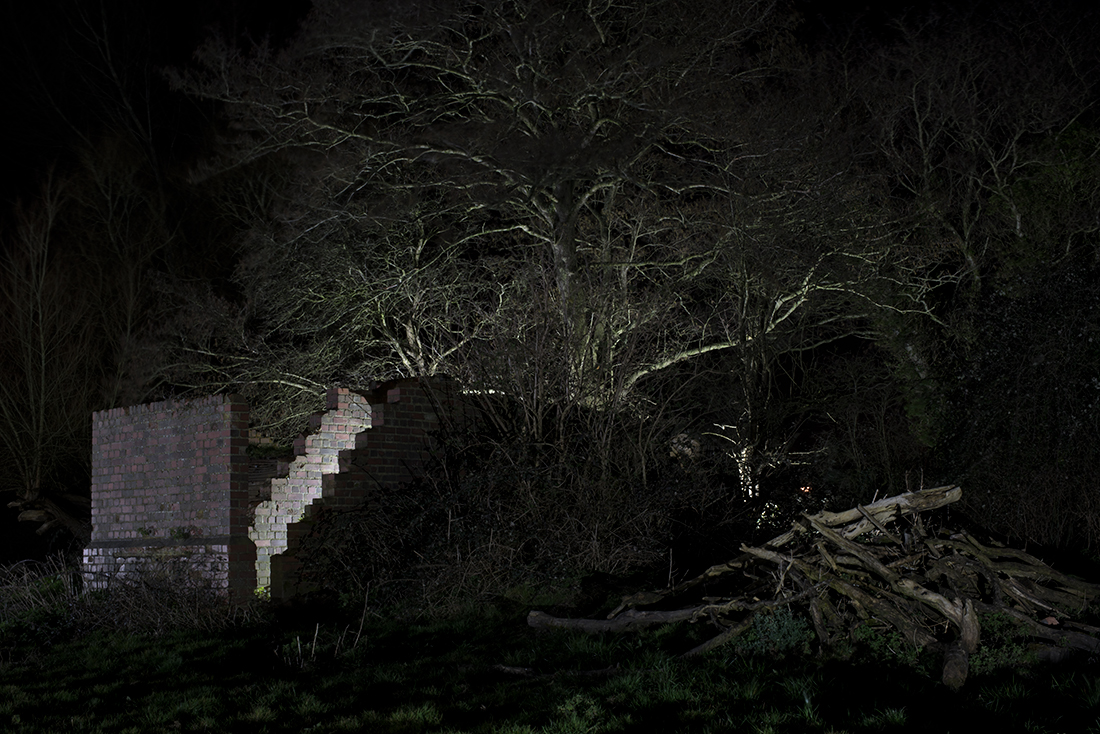 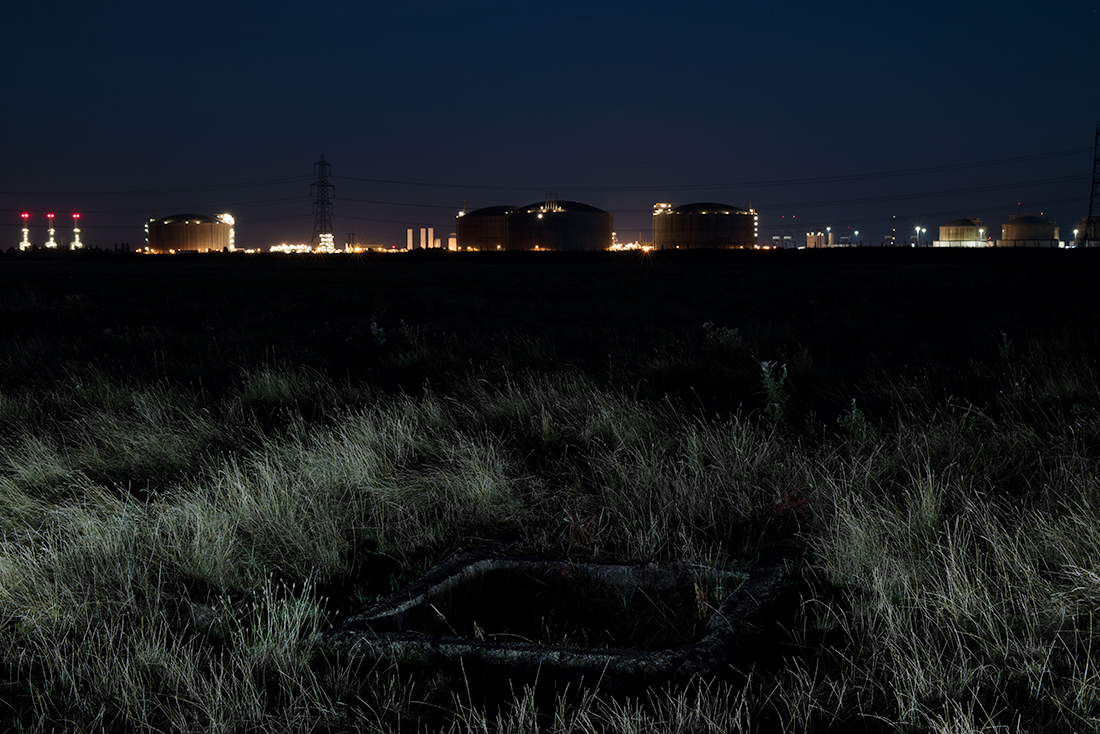 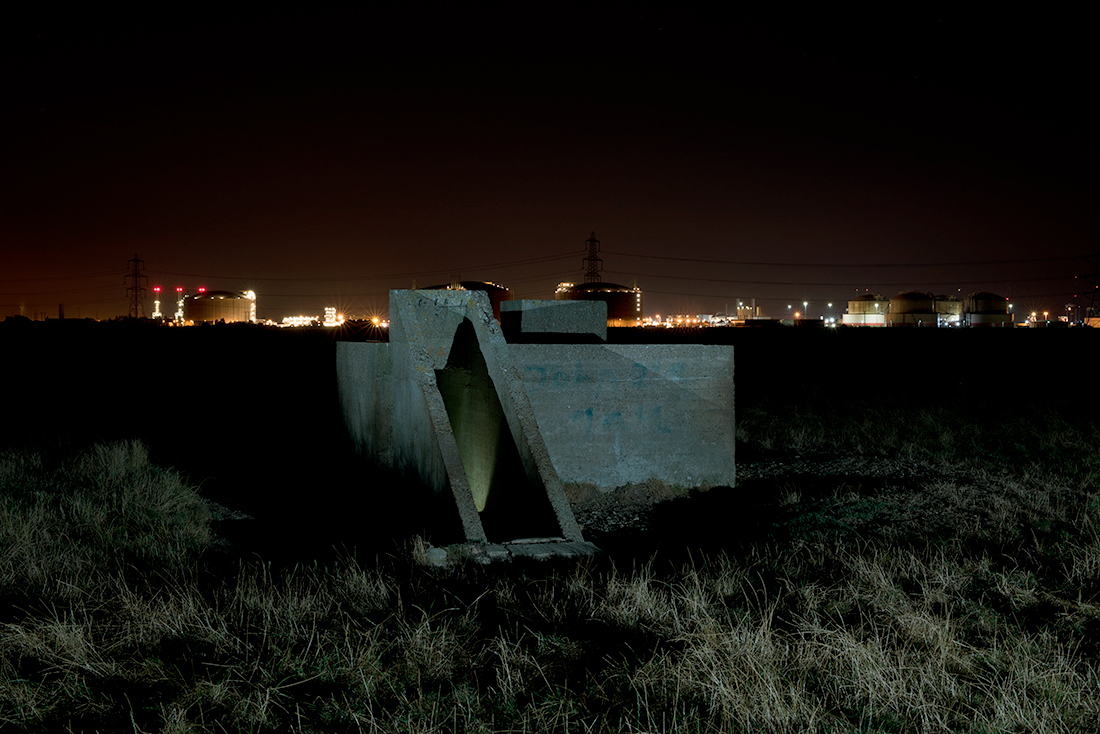 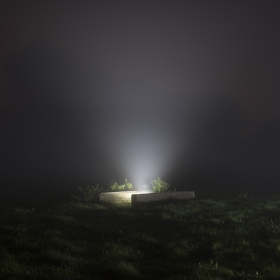 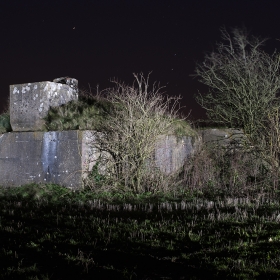 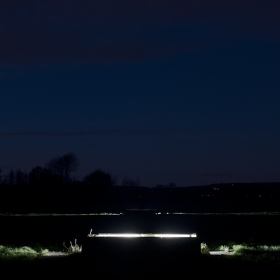 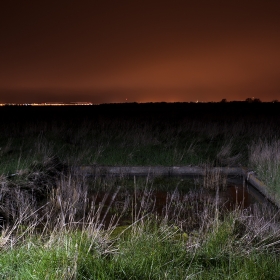 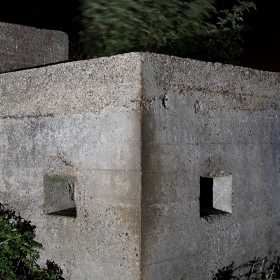 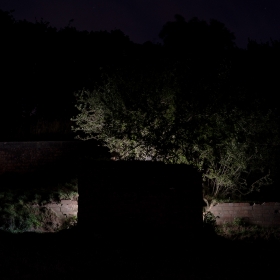 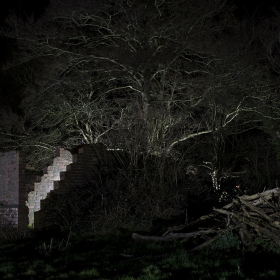 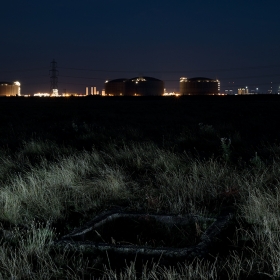 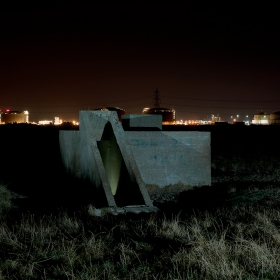 Peter Spurgeon
Decoy
Share
Support this photographer - share this work on Facebook.
This series relates to a secret British Air Ministry project that took place during the Second World War. Sound City film studios in Shepperton were commissioned to design fake cities, airfields, docks and oil refineries. The objective of this simulation was to divert enemy bombs away from the real targets. The decoys were set up a few miles away from the true locations and constructed using fires and electric lights. Today, only control bunkers remain at many of the sites as crumbling reminders of this forgotten endeavour. They sheltered the crew and housed generators for the lights. This simulation diverted 5% of enemy bombs away from their intended destinations.

The project is informed by archive sources and my images are made at former decoy locations. I am intrigued by simple ingenuity of the decoy designs and wish to record the disappearing structures and empty sites. I introduce theatrical lighting to animate the landscape and to evoke visual deception in war.

About author:
Peter Spurgeon is a British photographer, living and working in Bristol,

His photographs reveal human stories in the landscape. The projects are informed by research using sources such as digital maps, official archives, online forums and heritage databases.