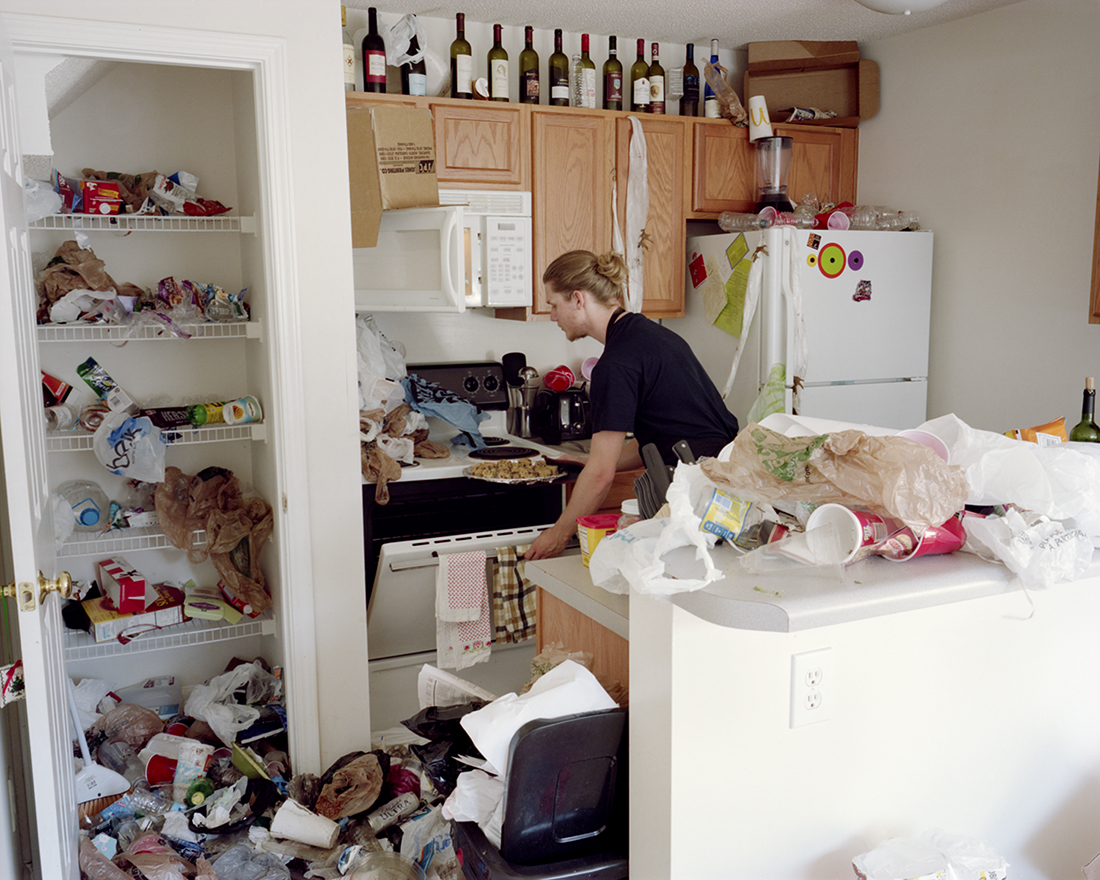 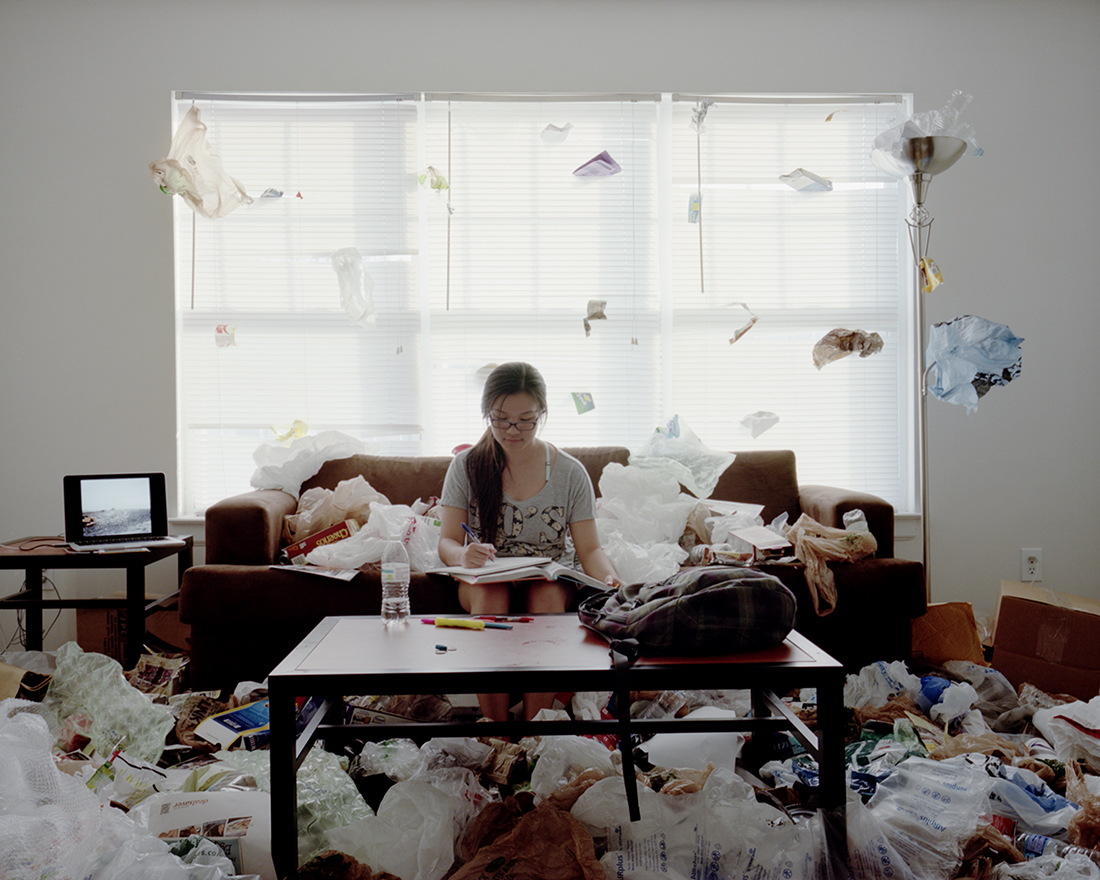 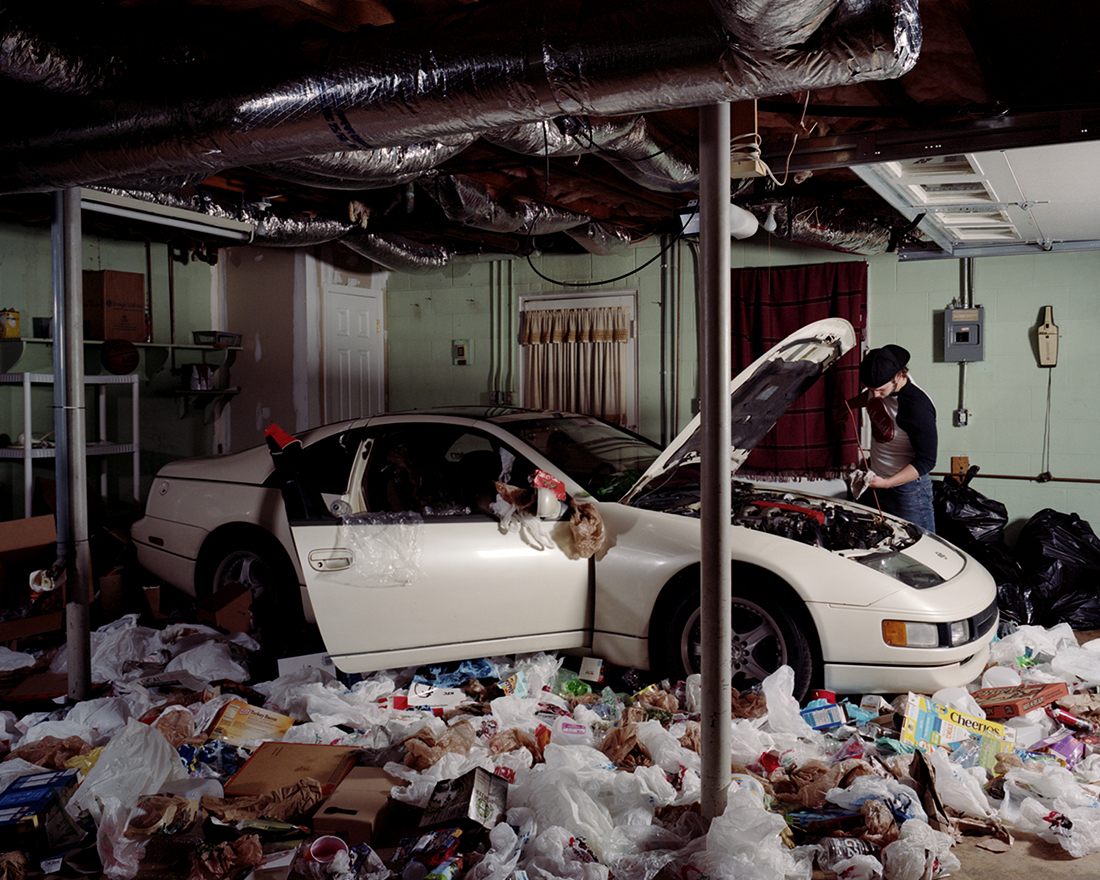 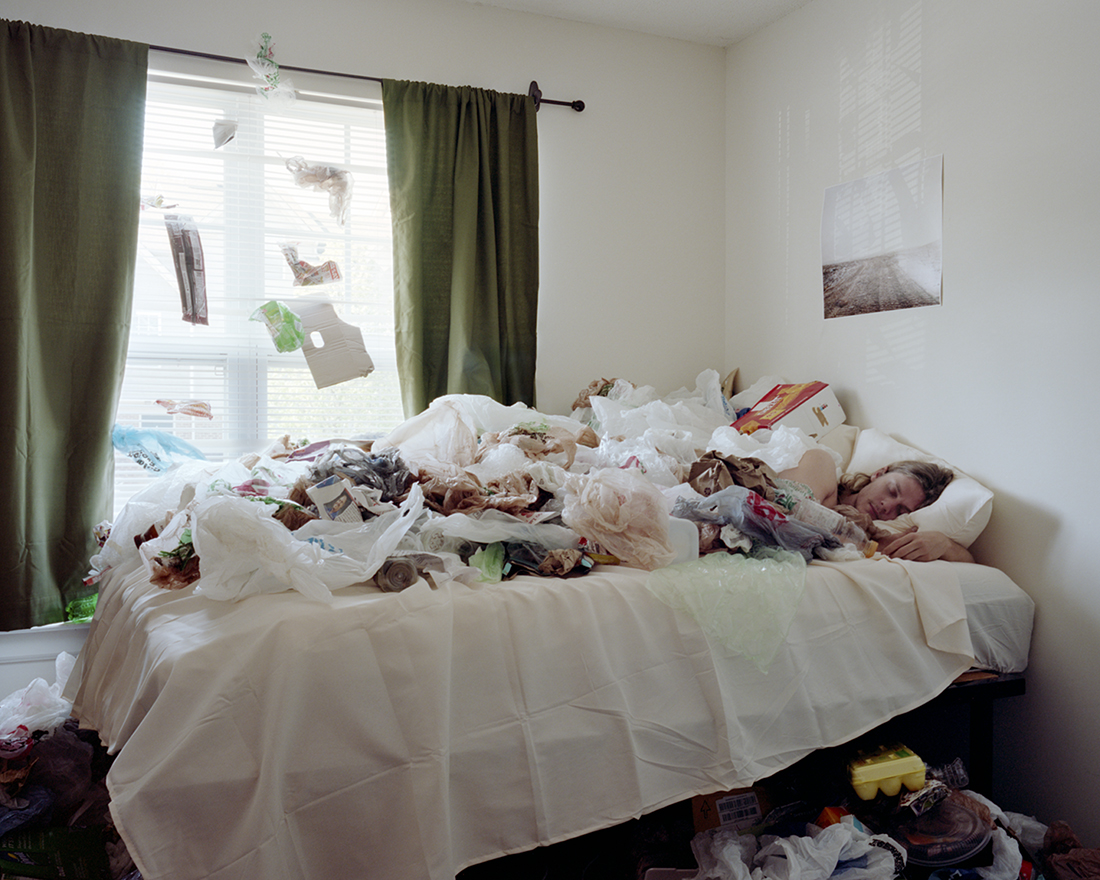 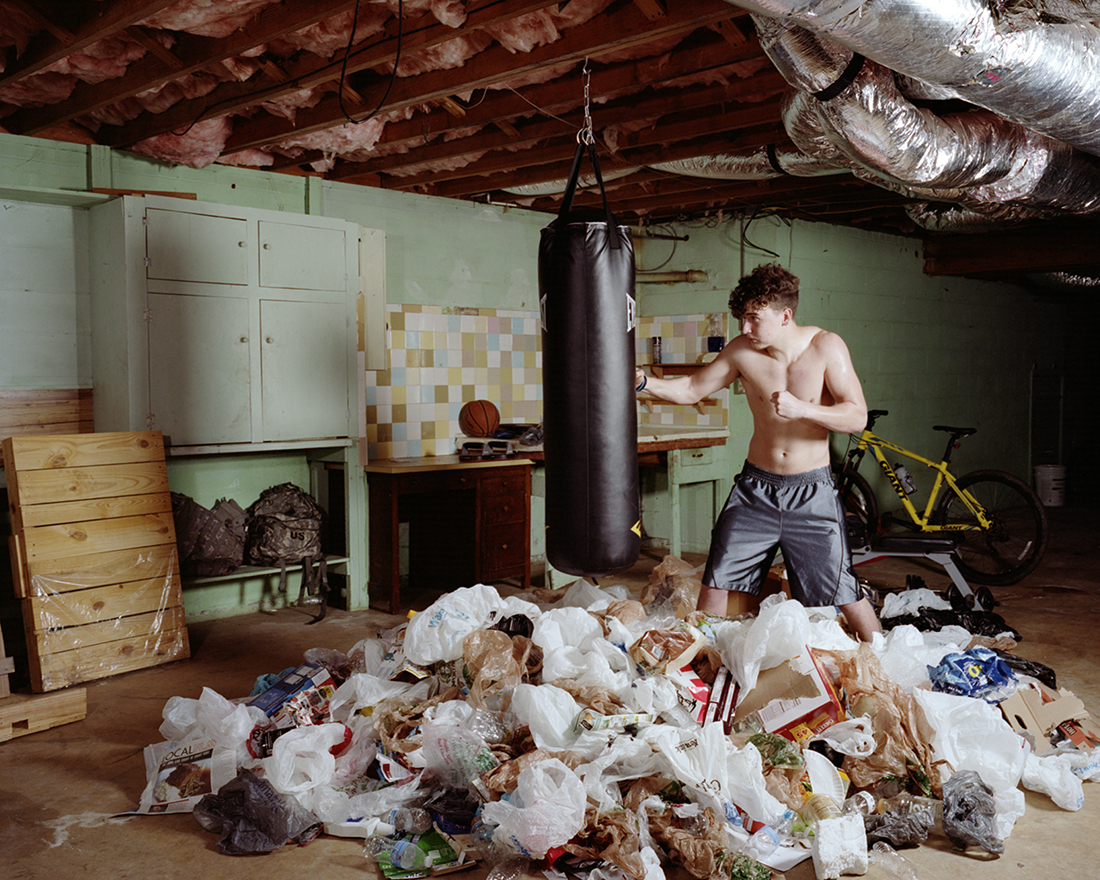 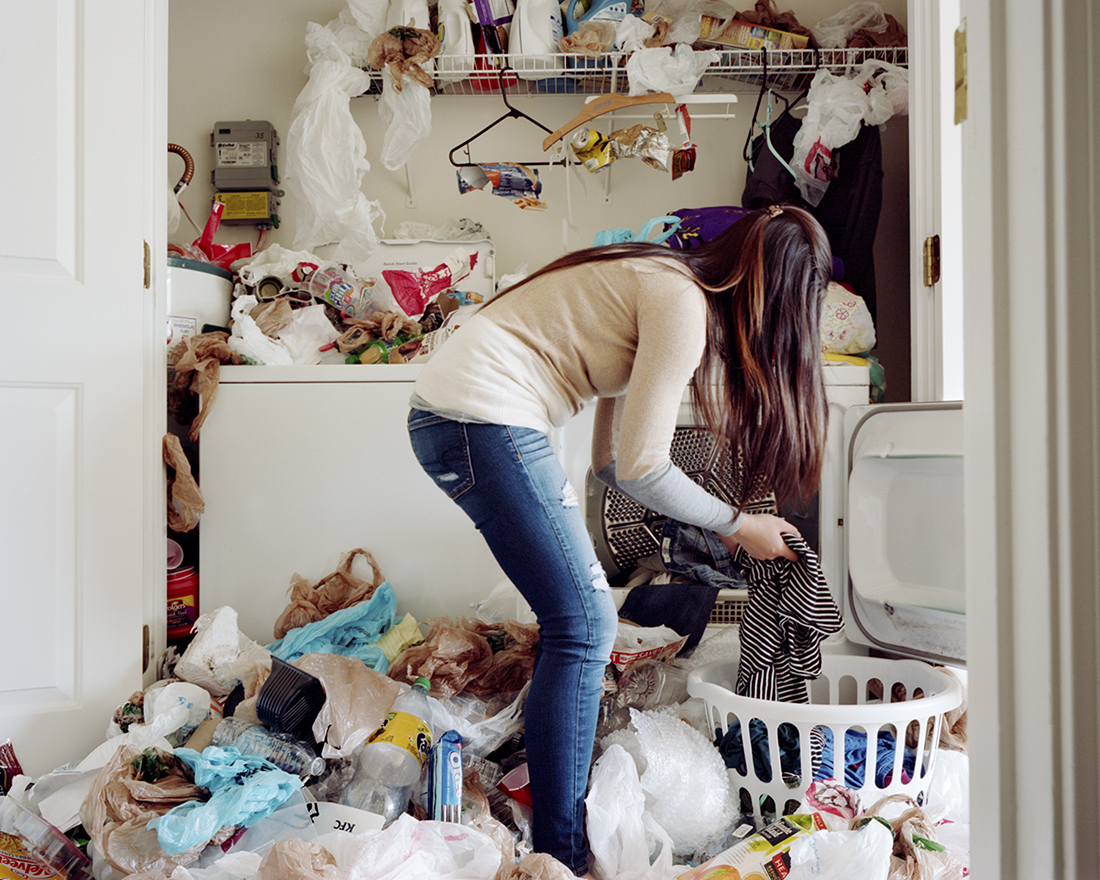 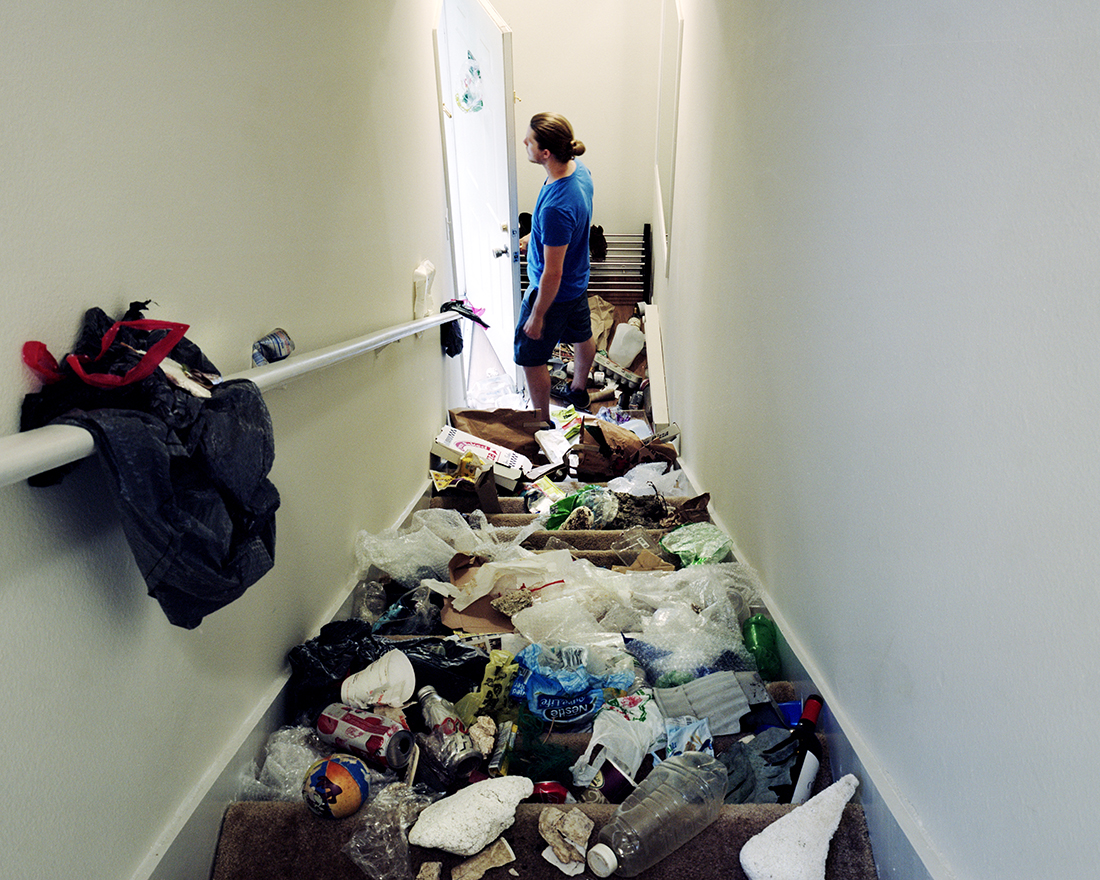 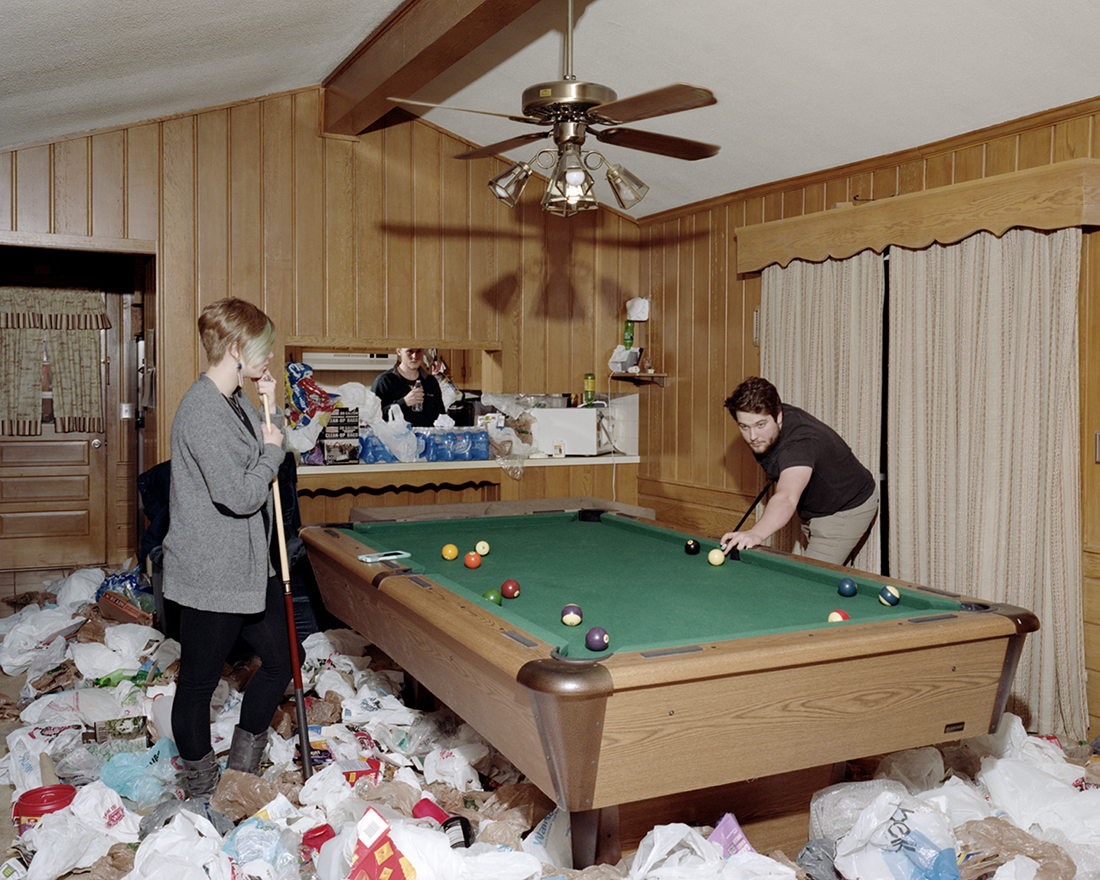 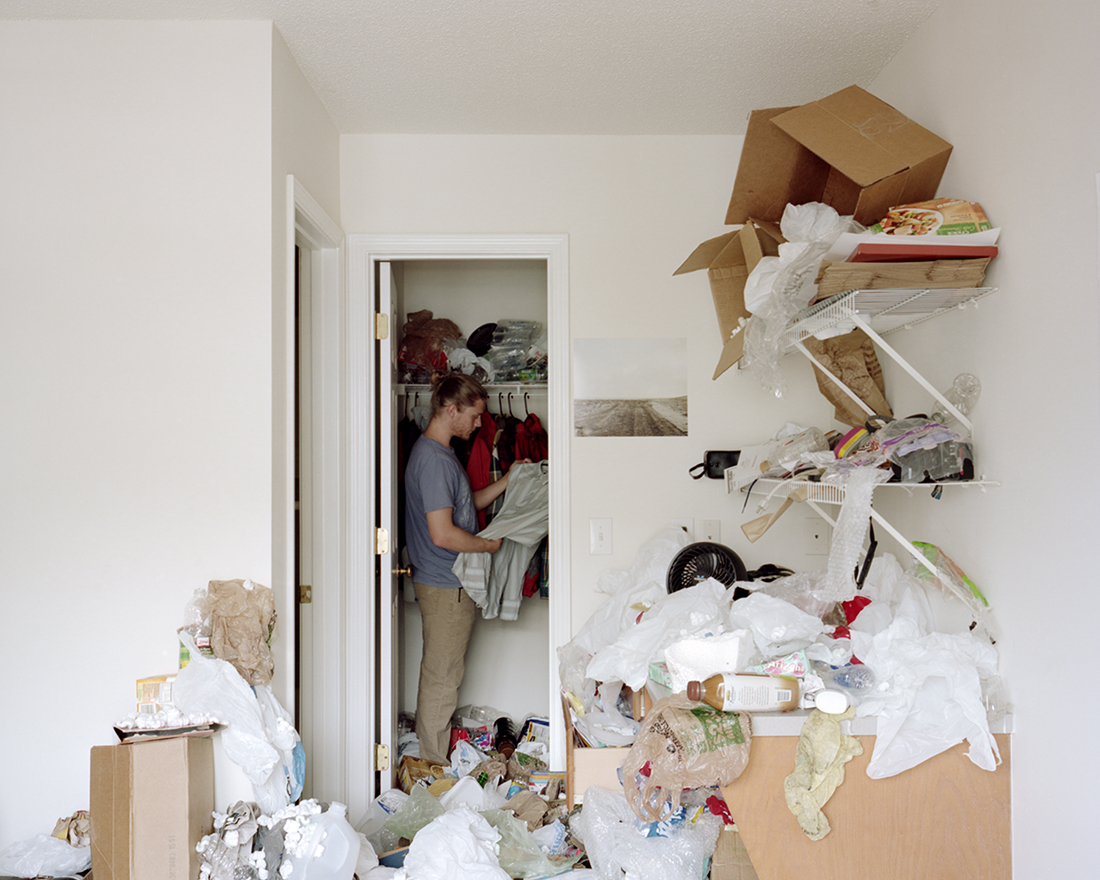 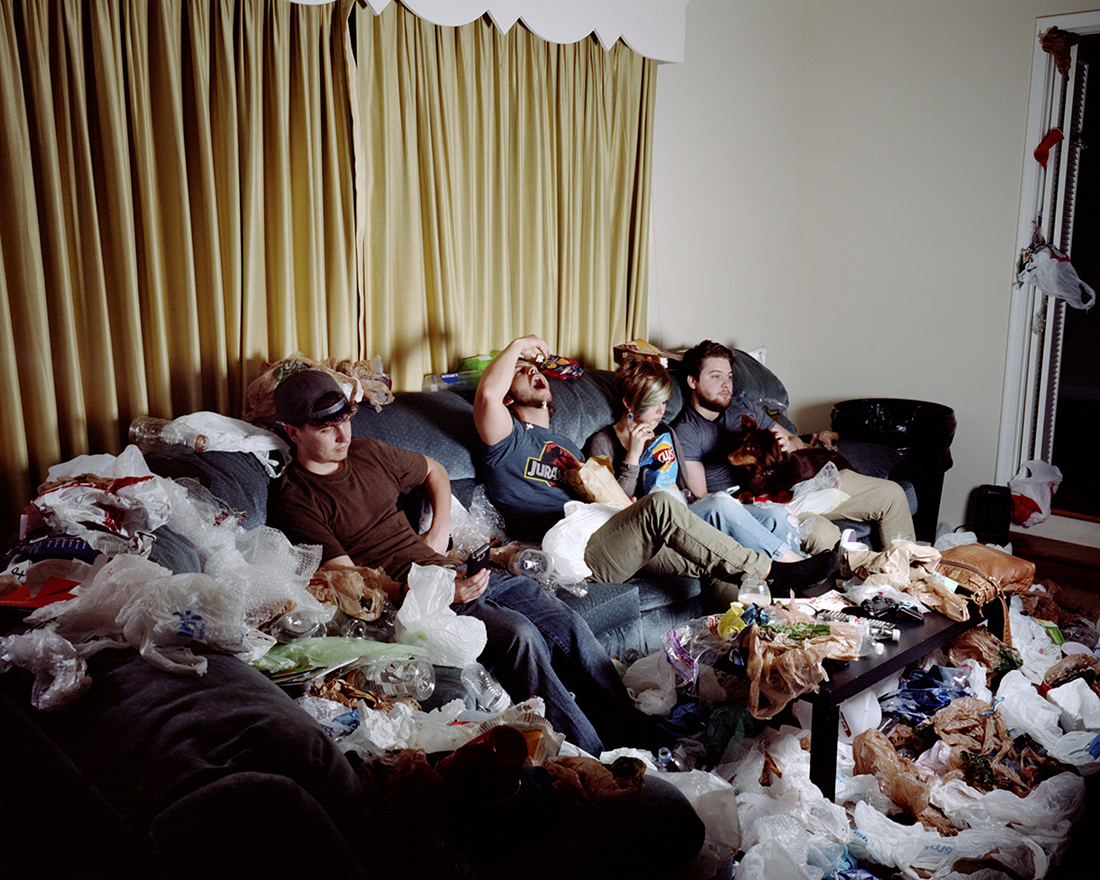 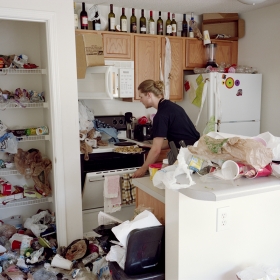 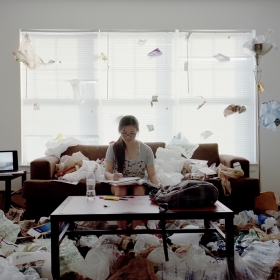 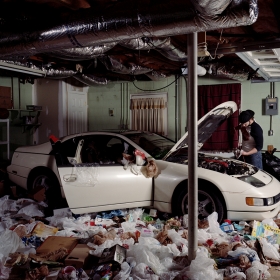 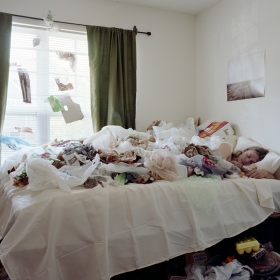 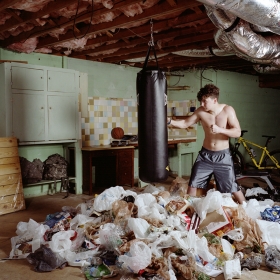 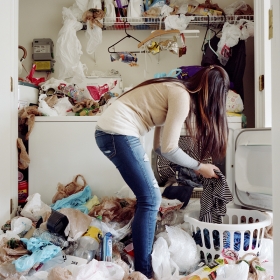 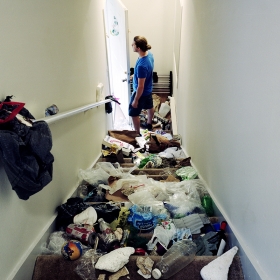 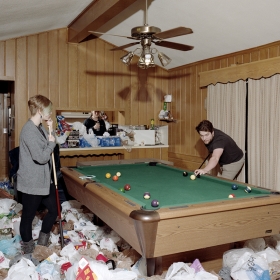 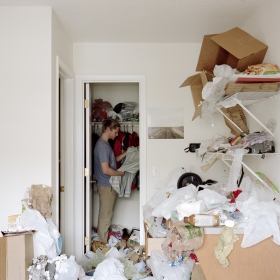 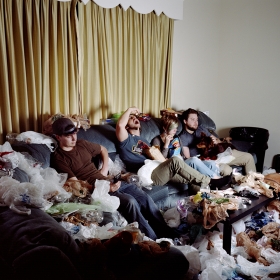 Jefferson Lankford
Willful Ignorance
Share
Support this photographer - share this work on Facebook.
"Willful Ignorance" is an ongoing photographic series that focuses on mass consumption and the consequential accumulation of waste on this planet. The project started out by researching exactly how much waste Americans produce, the types of waste and where it all goes. The information I discovered was shocking. According to one particular study done by Duke University, it was found that only about 55% of the approximate 220 million tons of waste produced each year ends up in landfills. Which means that the rest is being dumped elsewhere, in unregulated ways that have high potential to harm the environment. Letting the facts sink in, I began wondering how people would react if all the trash not going to designated landfills, suddenly ended up in their personal homes. Would seeing the problem on a regular basis be a catalyst for change? Or would we continue living with the problem, only finding new ways to avoid fixing it?

Determined to confront and ultimately spotlight the common mentality of 'as long as it's not in my backyard' many people seem to have when it comes to environmental issues — I went beyond the backyard and brought the problem inside the home, and into people's daily lives. I have visited various recreational areas, neighborhoods and streets to collect the waste I use for my images. After collecting the garbage, I bring the waste into homes of different people, including my own apartment and photograph everyday activities being done in uncomfortable settings, filled with the found leftovers of a typical American lifestyle.

About author:
Jefferson Caine Lankford (b. 1993) is a photographer currently based in the United States. He uses a range of photographic techniques within his work including alternative, analog, and digital practices. Jefferson earned a BFA in photography at East Carolina University in 2016 and also attended the Australian National University, located in Canberra, Australia — where he studied documentary photography. Over the years, he has used both conceptual and documentary approaches with photography to tell various visual narratives, spanning multiple states within the U.S. and in other countries across the globe.