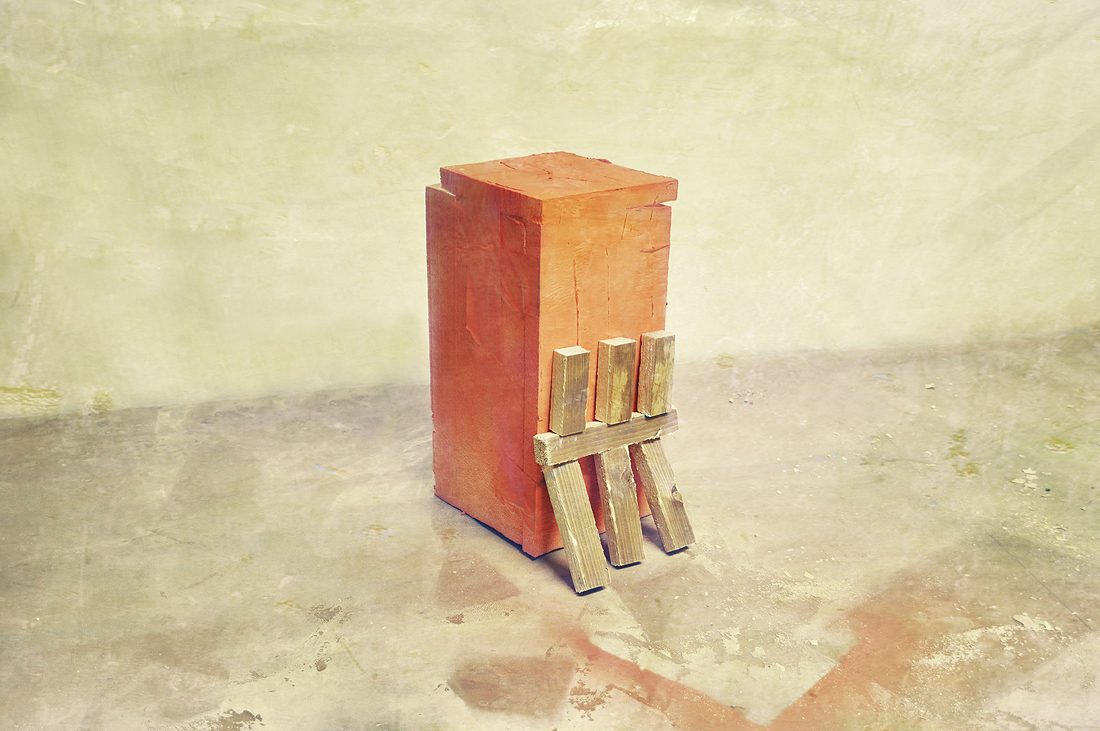 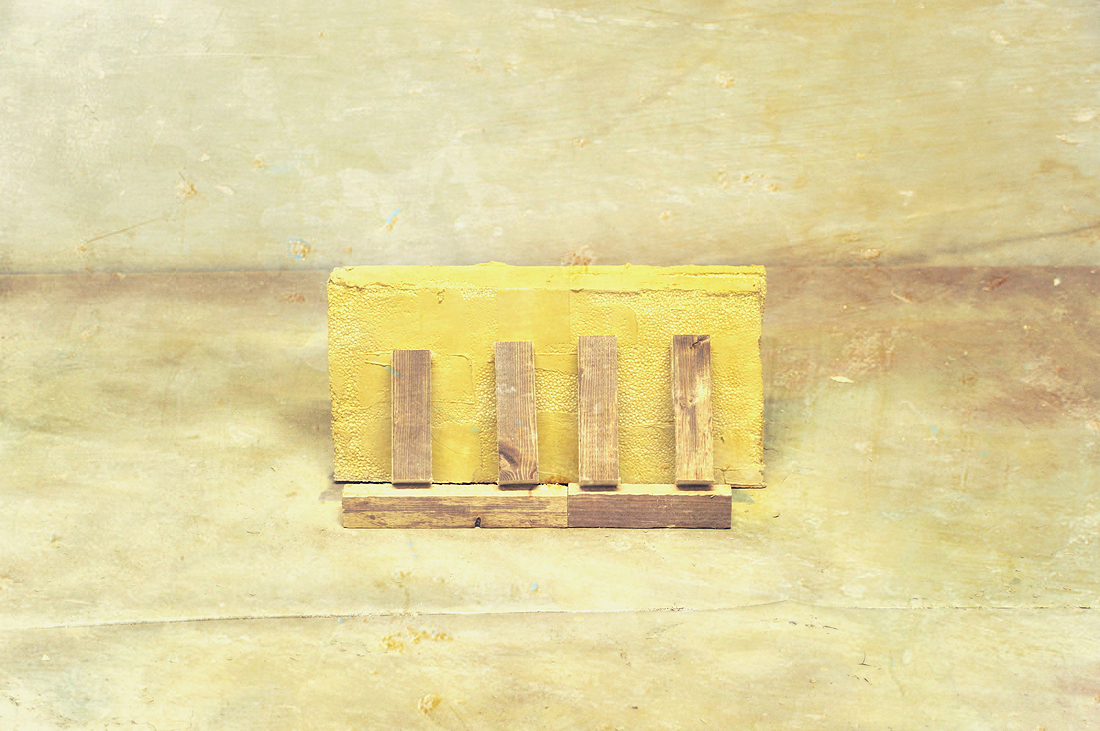 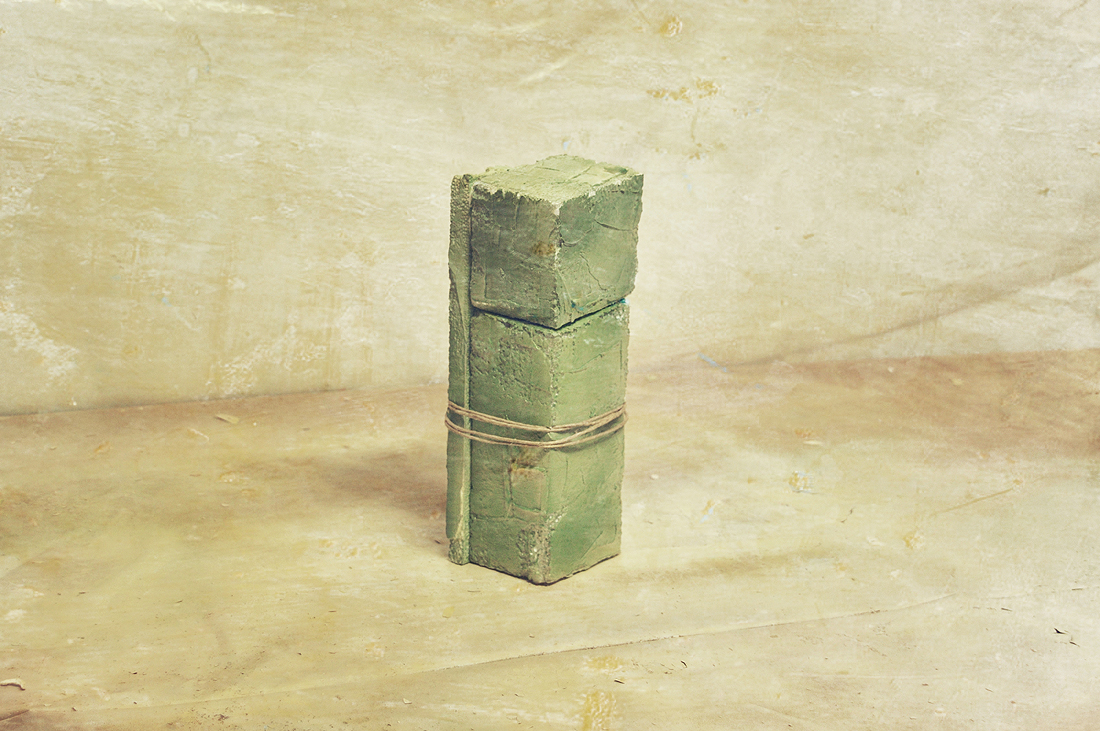 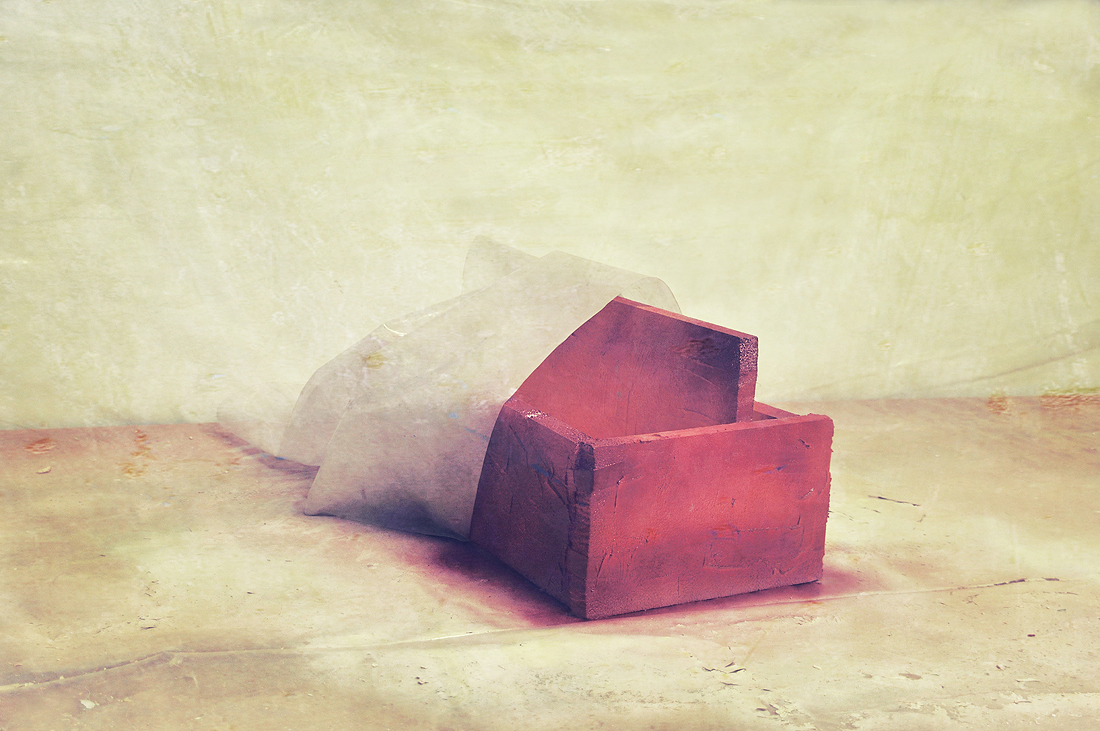 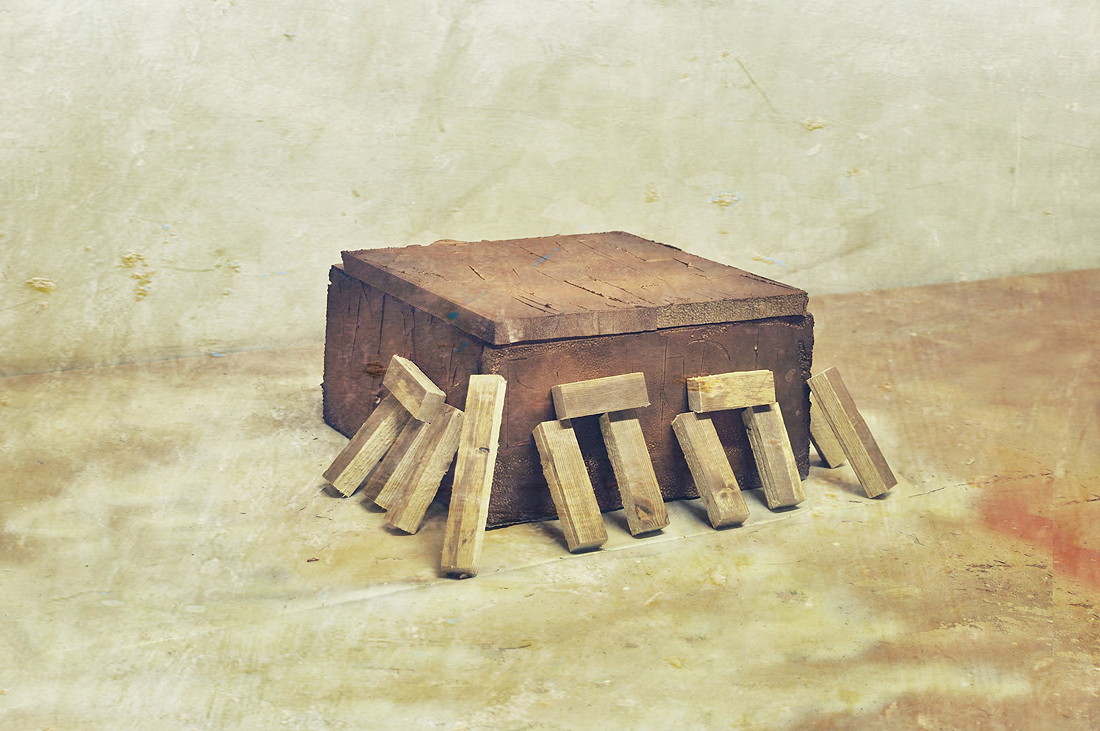 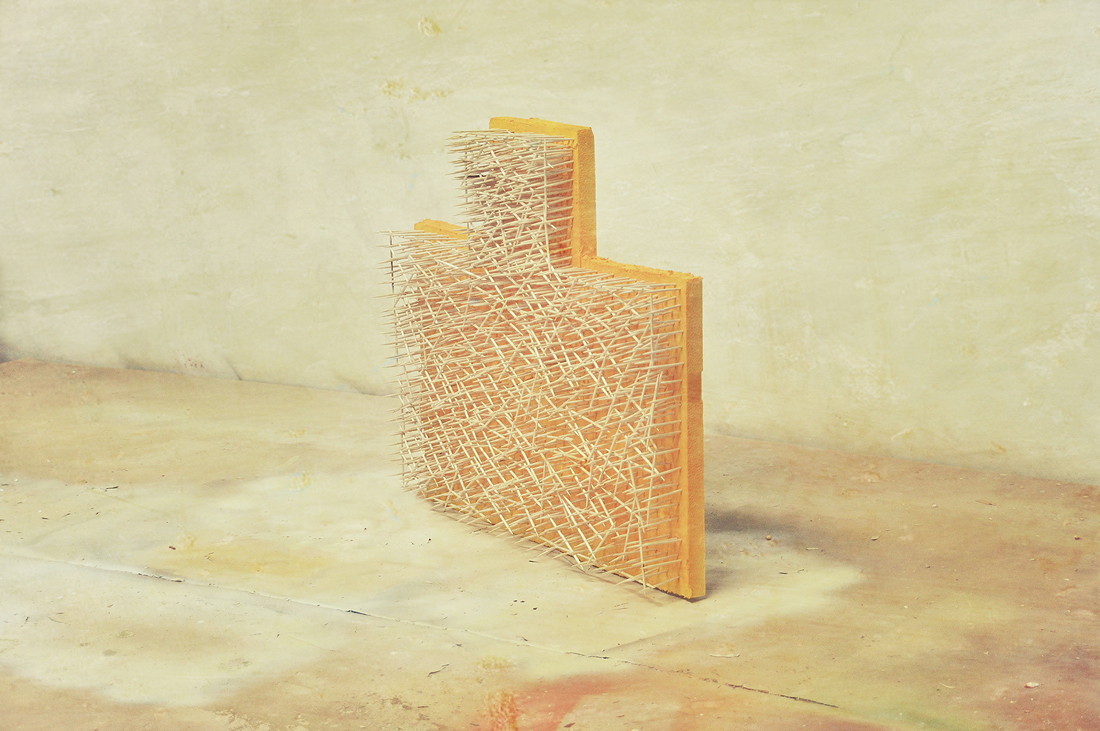 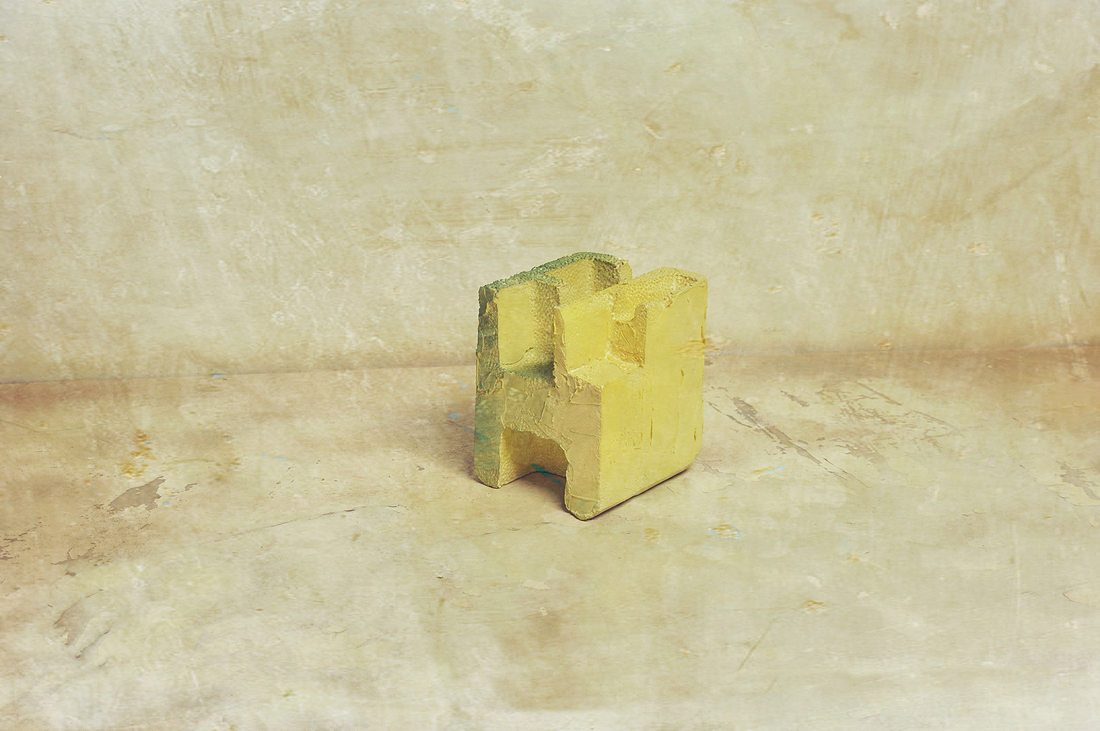 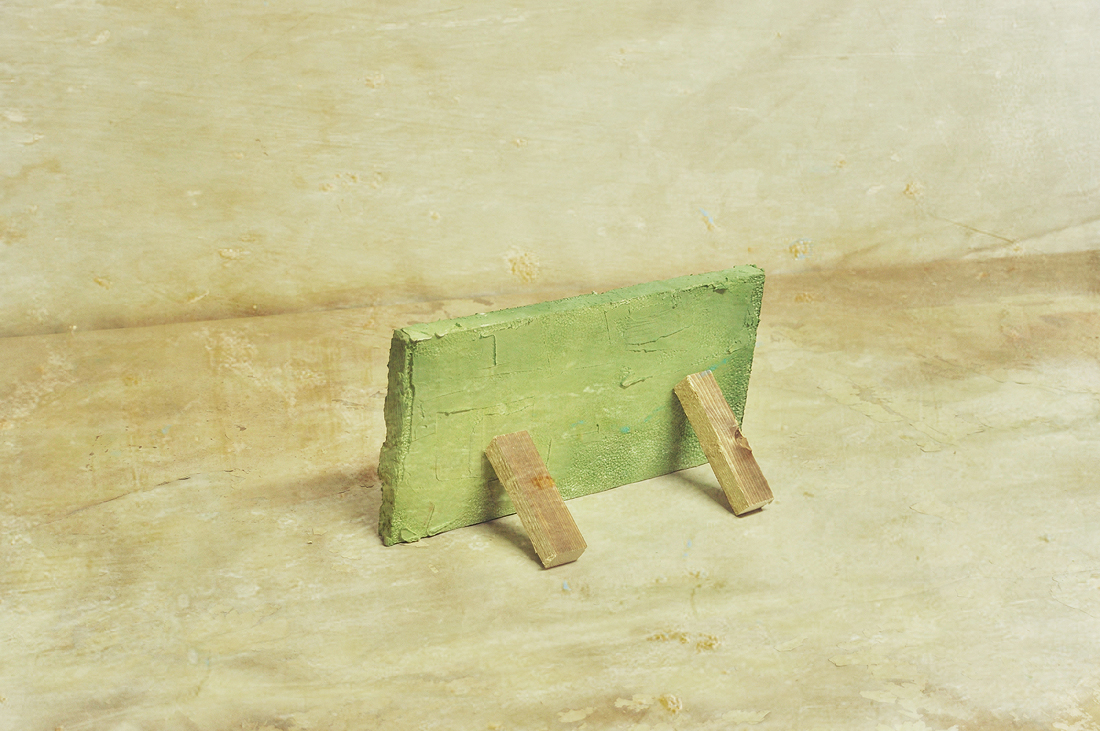 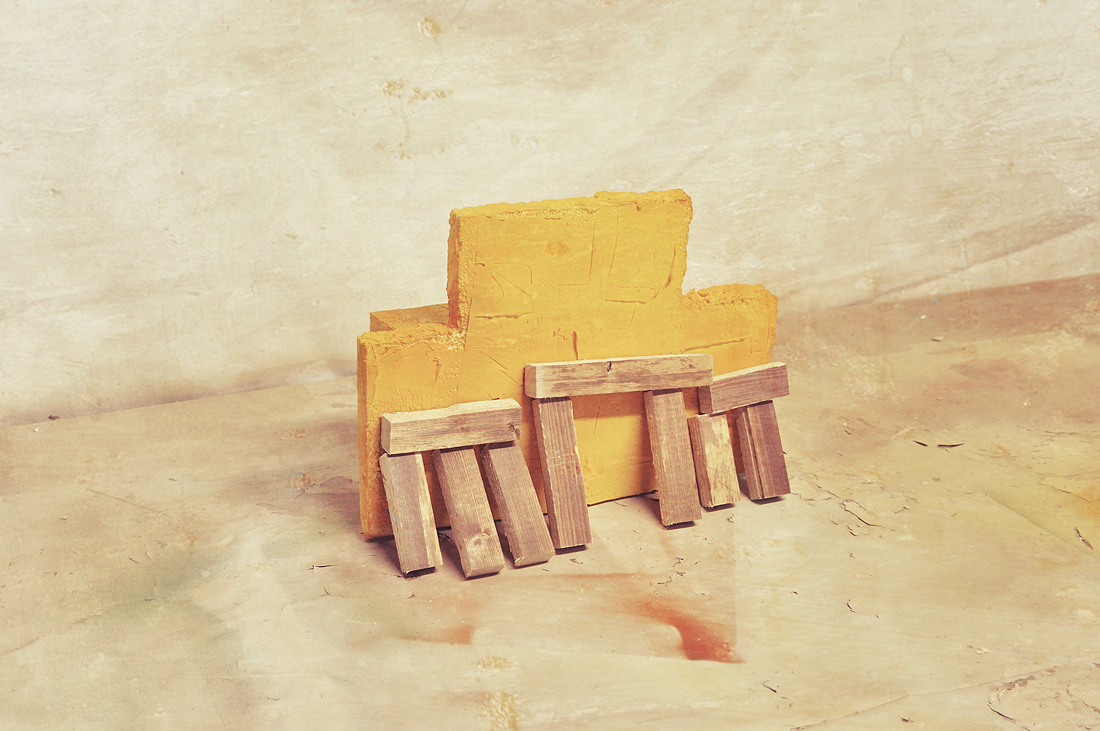 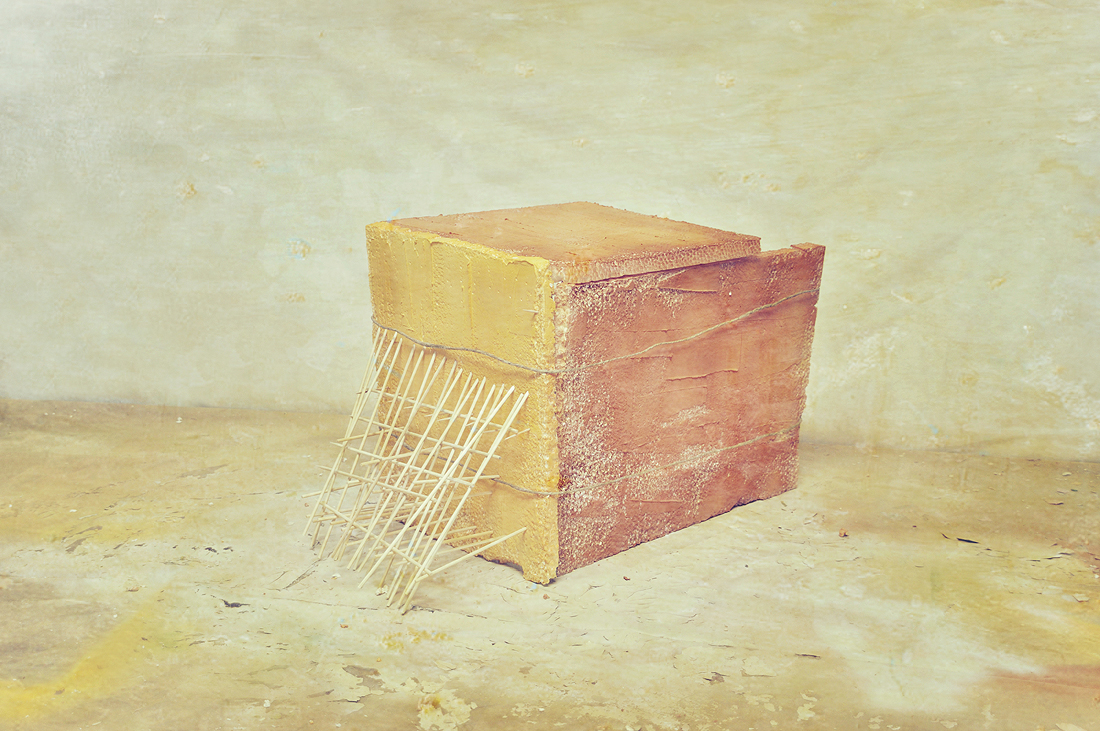 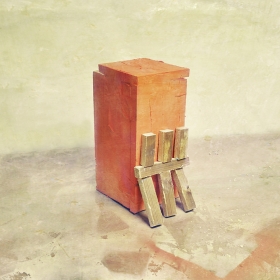 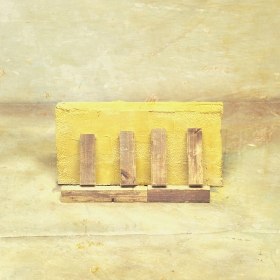 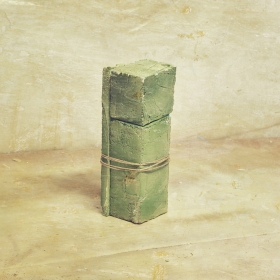 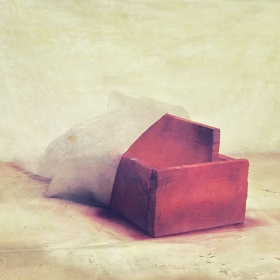 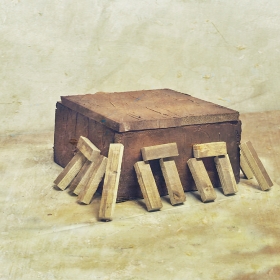 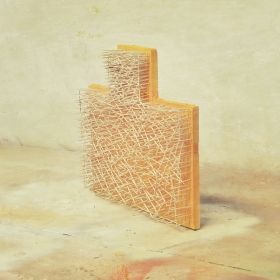 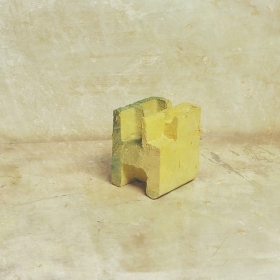 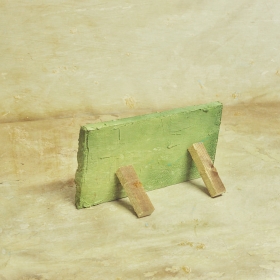 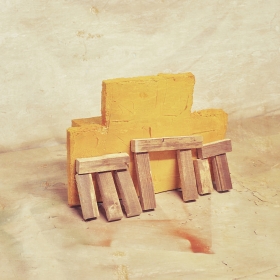 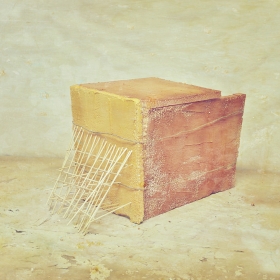 Franco Monari
IL CIELO NON IMPORTA (THE SKY DOESN'T MATTER)
Share
Support this photographer - share this work on Facebook.
On the night of May 20 and the morning of May 29, 2012, two major earthquakes occurred in Emilia (Northern Italy), causing deaths and widespread damage, that have profoundly changed the landscape. "I live in the quake zone - says Monari - but I never wanted to make a photographic reportage about the earthquake, it is an approach far from my sensitivity. In these years I have only observed and took annotations." Five years later, Monari gives shape to his observations with The Sky doesn't matter series, a collection of still lifes where the various photographed objects are created directly by the artist using banal and prosaic materials (polystyrene, nylon, wood). The Crumbling houses, the injured landscape, rubble, scraps, repaired buildings, everything is rethought through a mental and emotional process, and then re-displayed in the objects created and photographed by Monari. It’s not put in front of the accomplished fact, but a full participation. To the harsh and blatant images, Monari proposes a poetic, metaphysical vision, inviting the spectator to a wider and more emphatic reflection.

About author:
Franco Monari was born in Italy in 1981 where he currently lives and works. In his work Monari treats questions concerning time passing and memory, and he investigates on the impact of technologies on society and how they have radically change the way we perceive the reality and recorded the past. Monari’s practice combines photography, internet, animated gif, painting and objects, creating a work intensely personal and biographical. He has published in 2008 “Memore”, his first photography book. His work has received several awards and he has partecipated in several exhibitions in private galleries and public cultural associations in Italy and abroad.