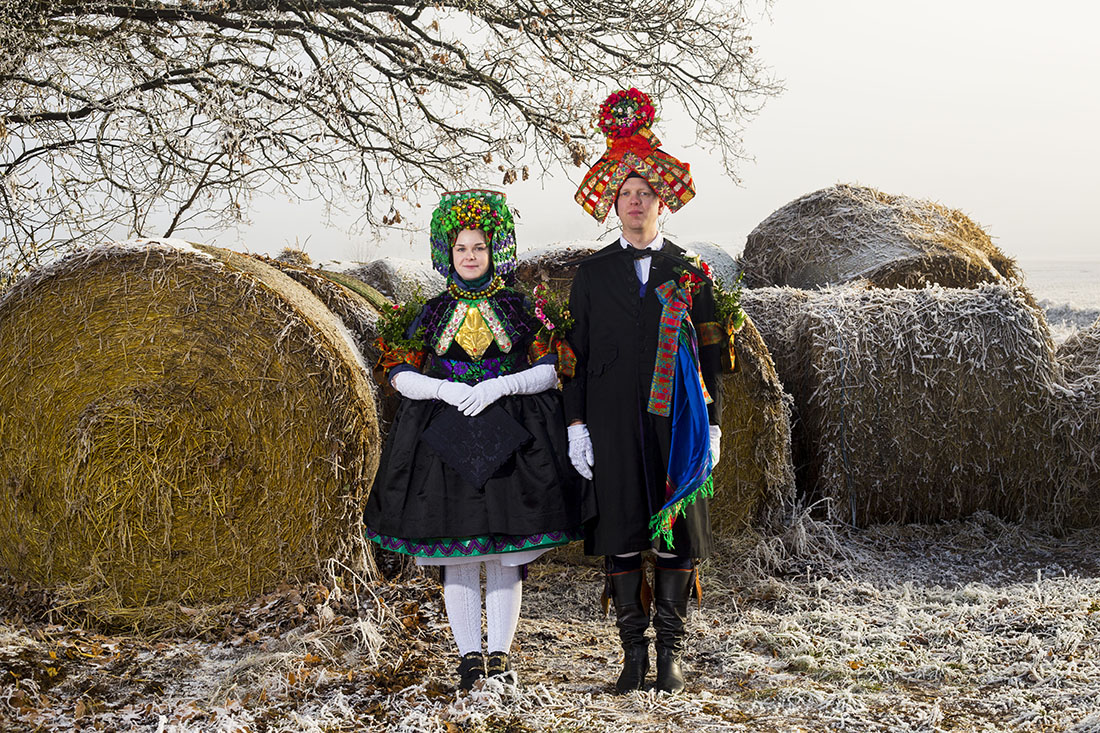 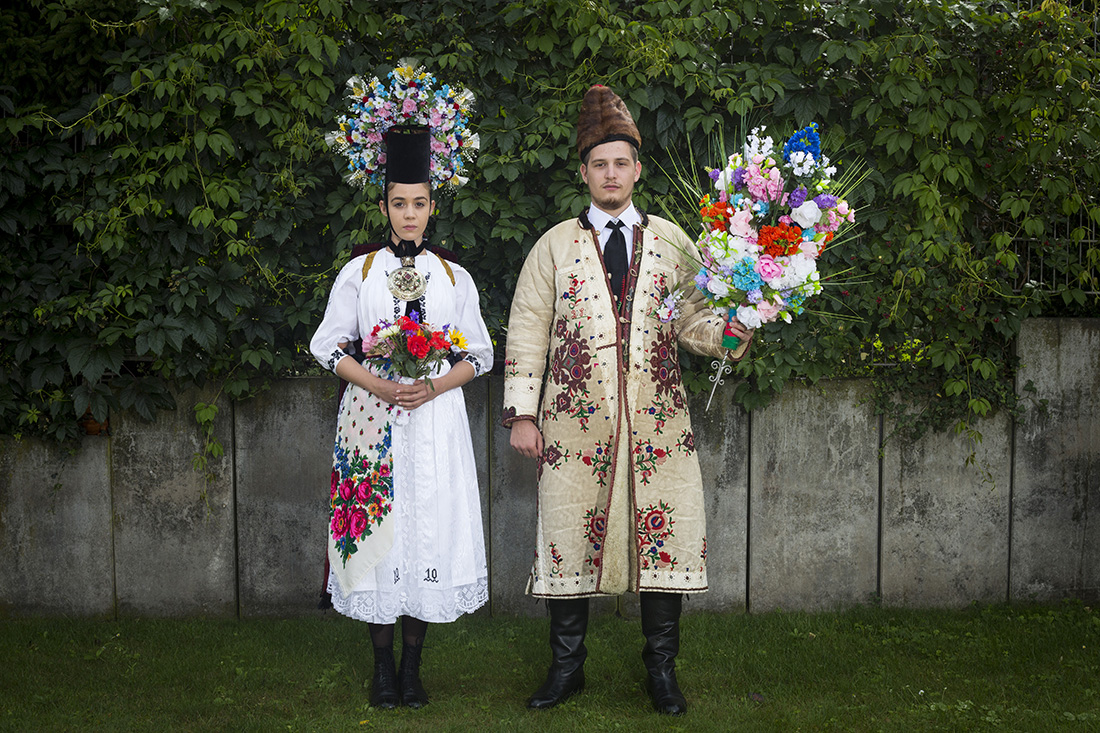 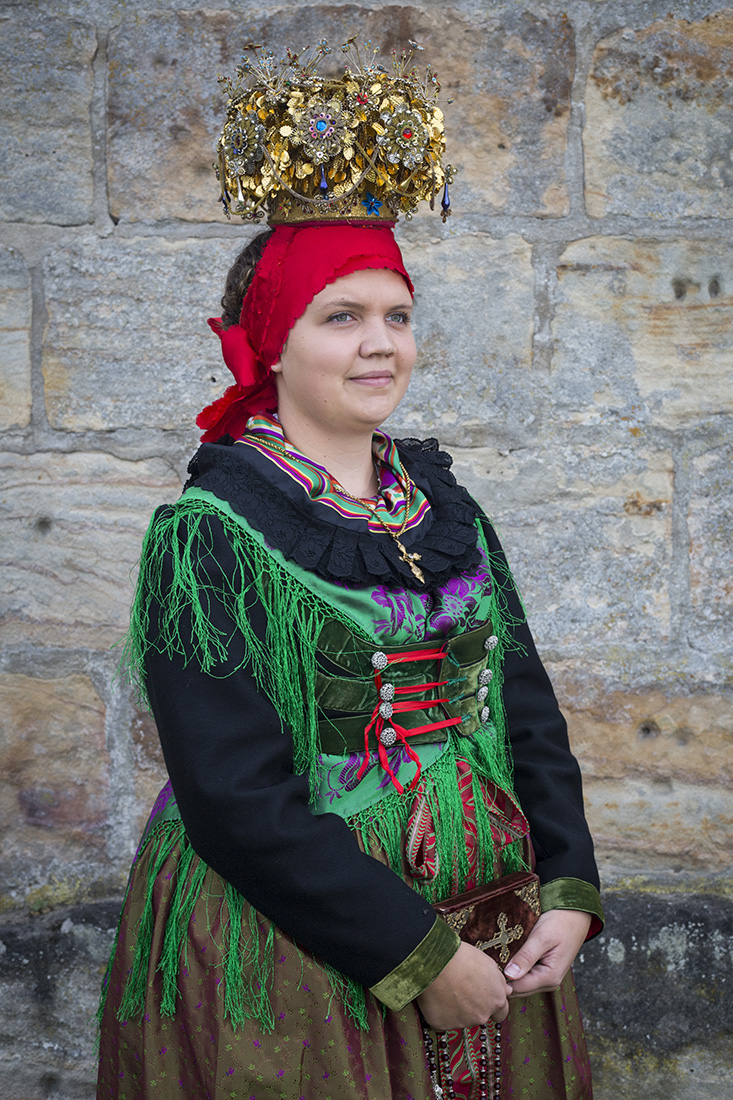 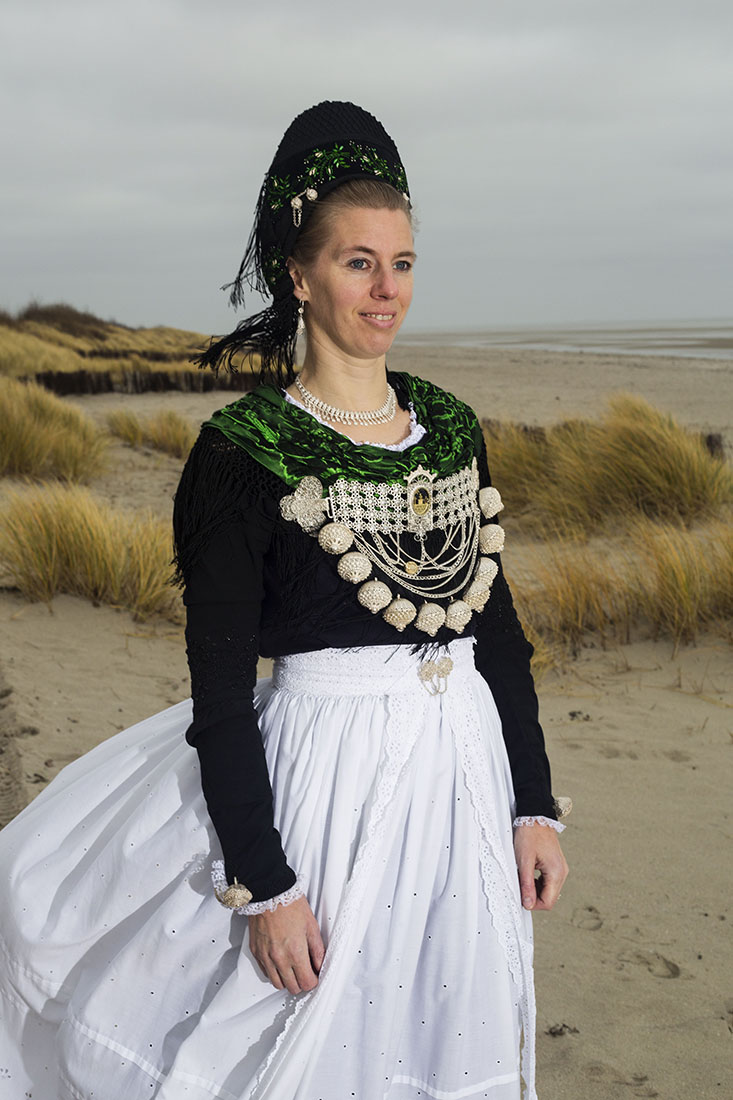 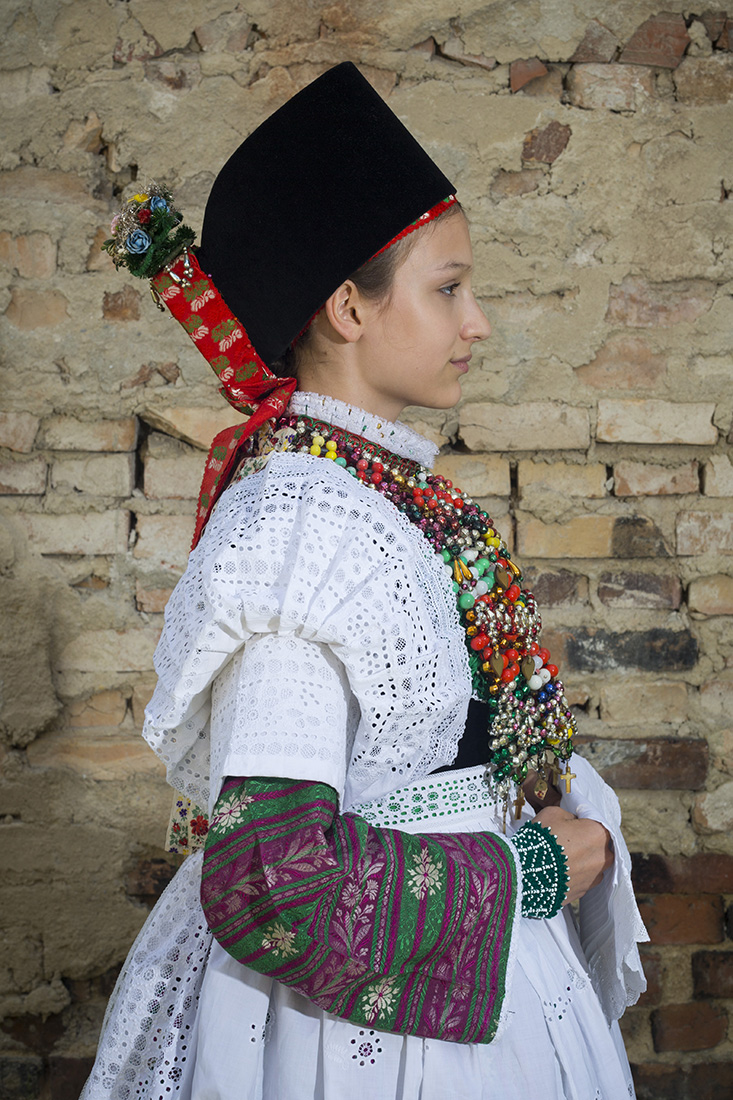 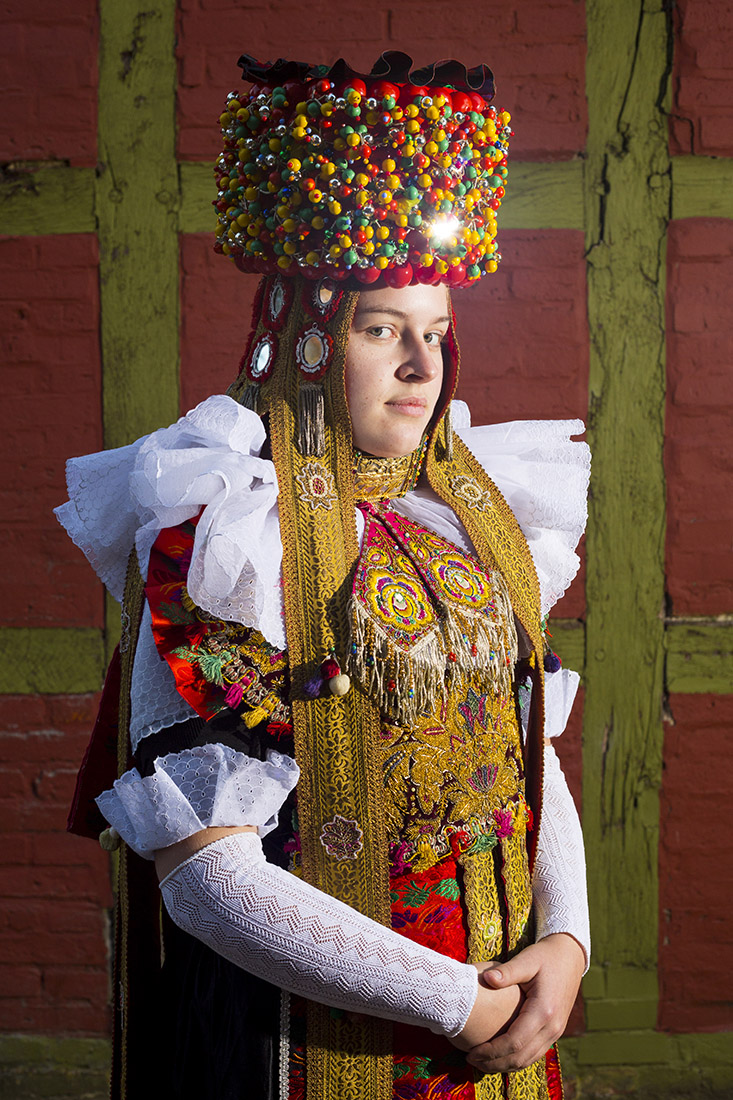 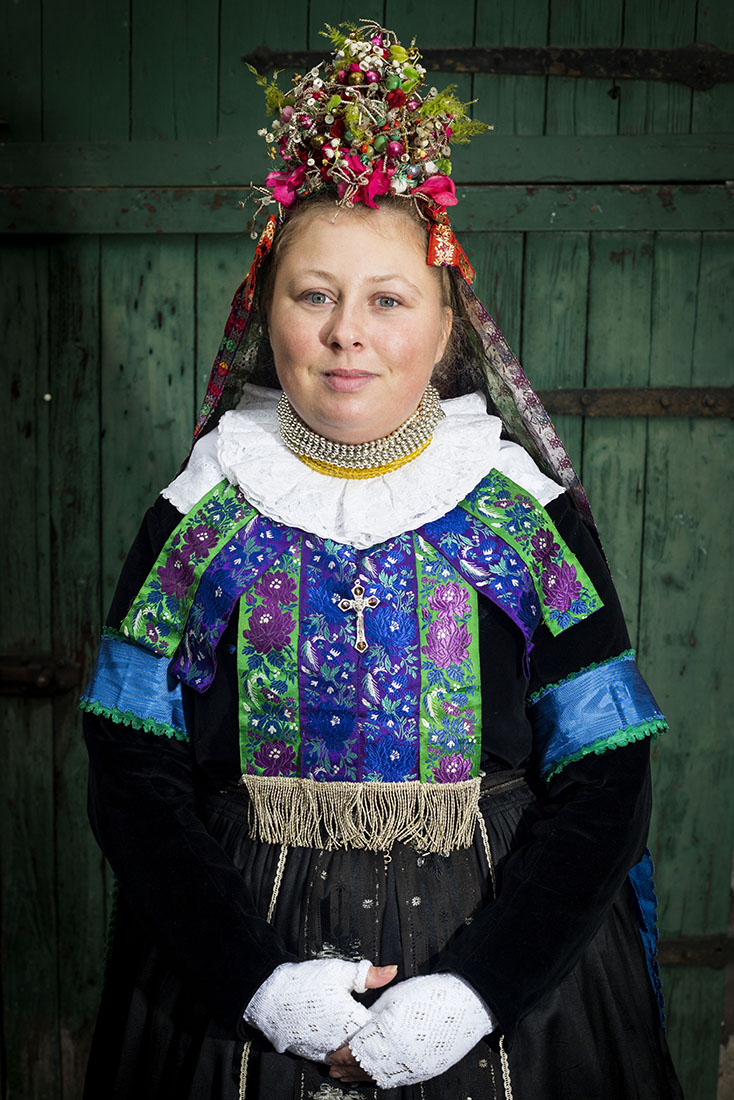 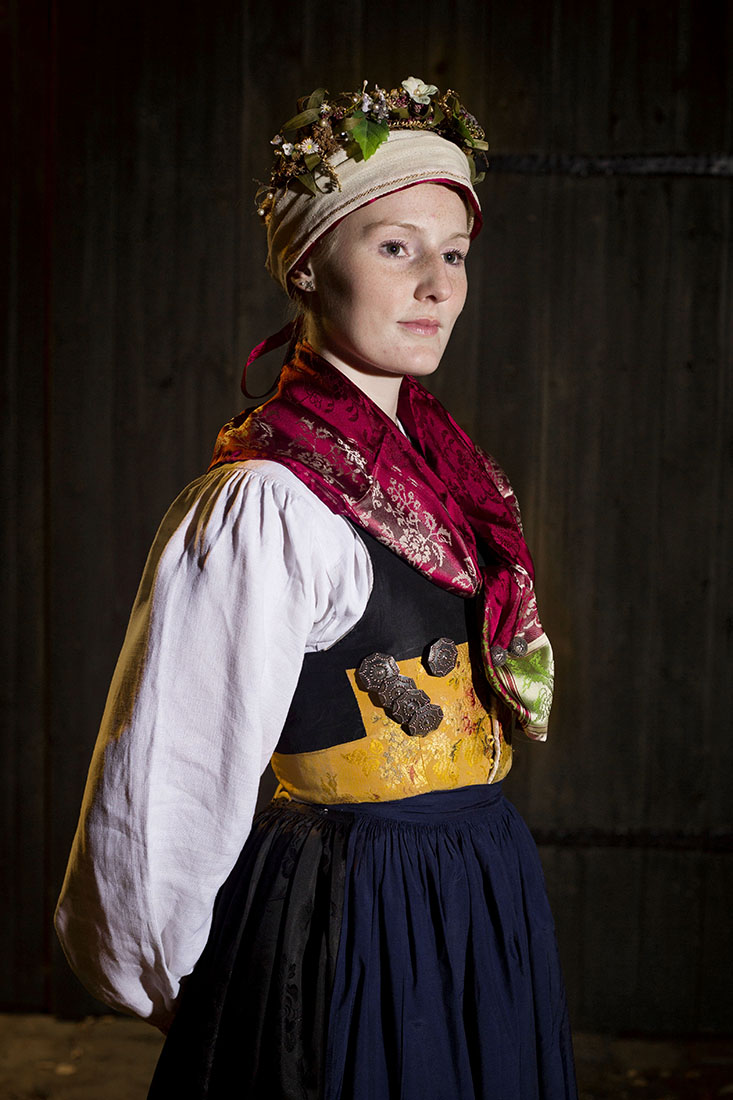 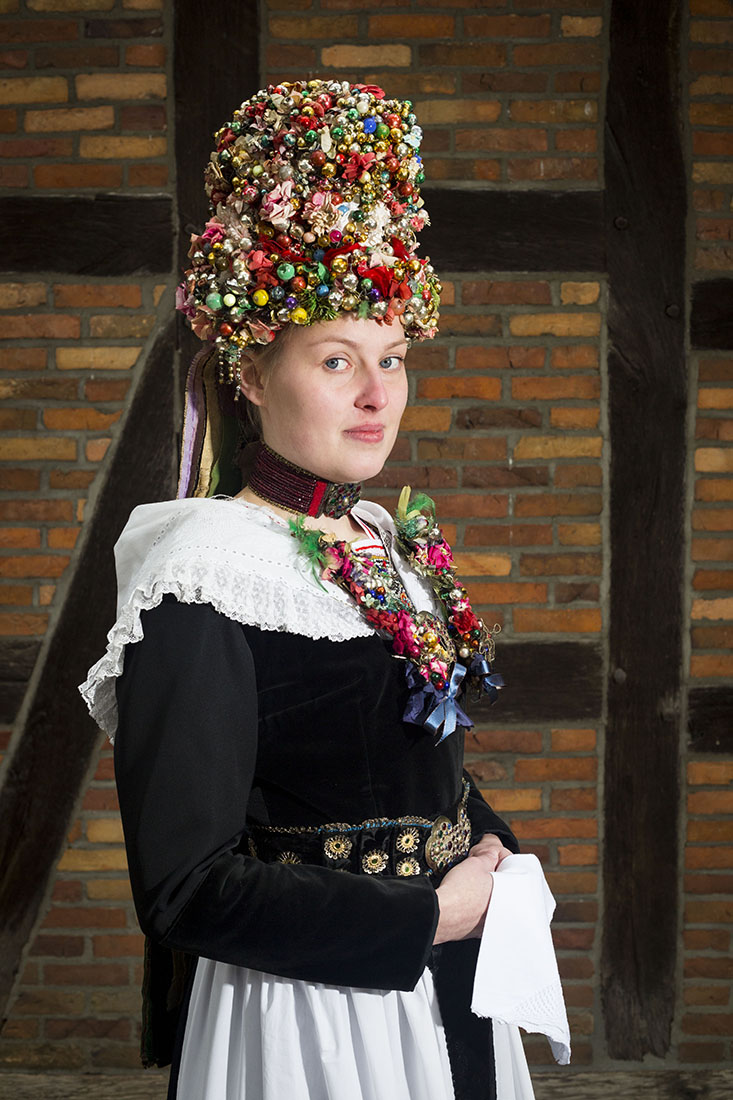 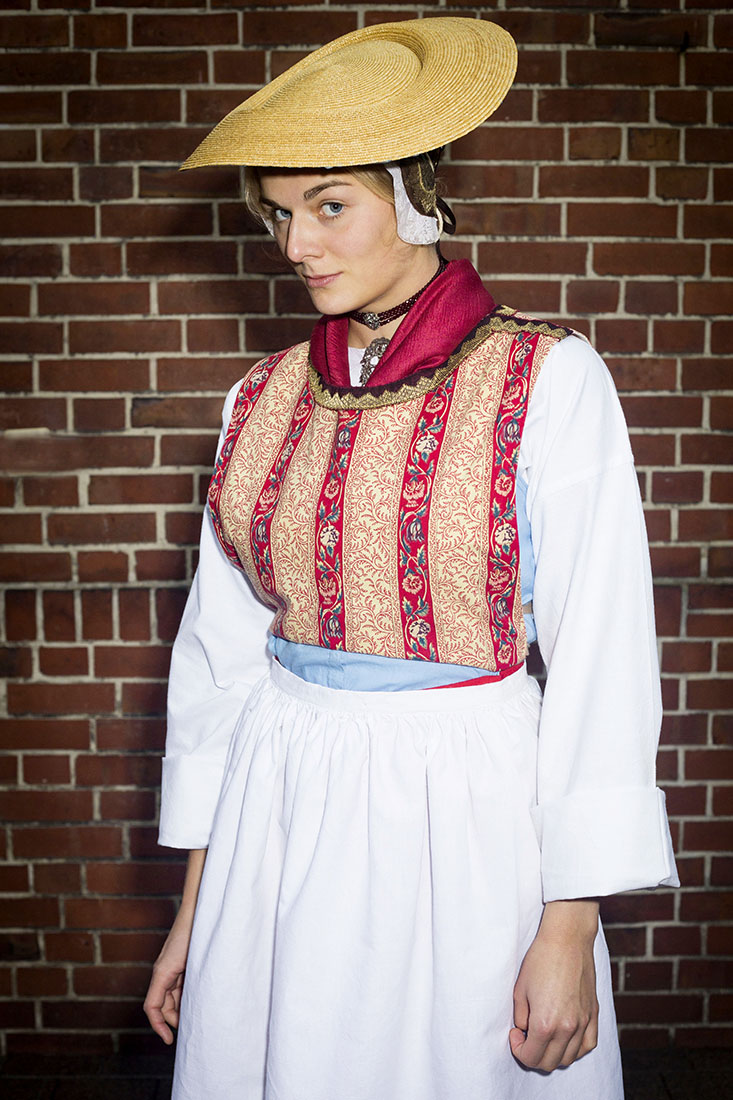 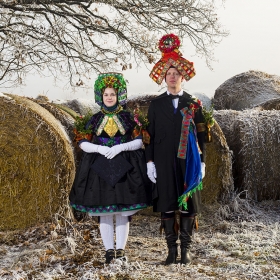 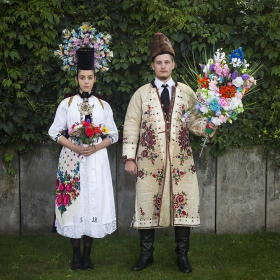 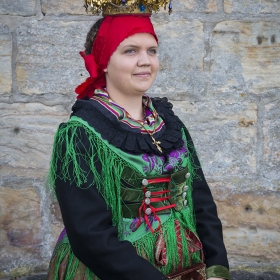 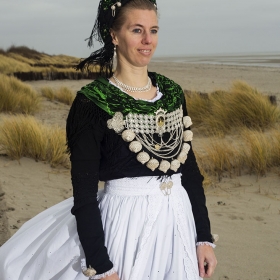 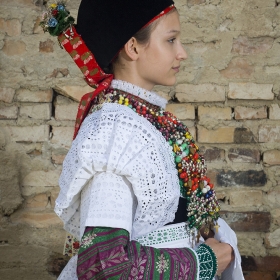 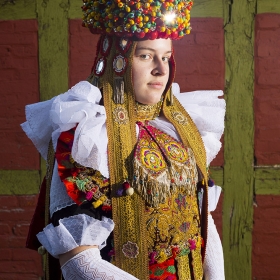 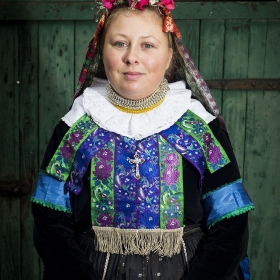 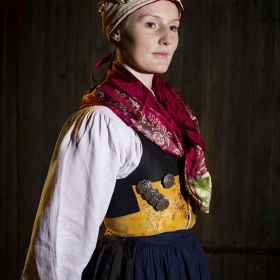 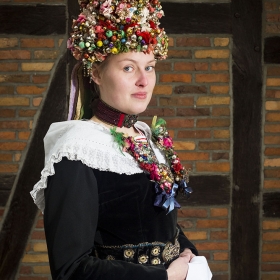 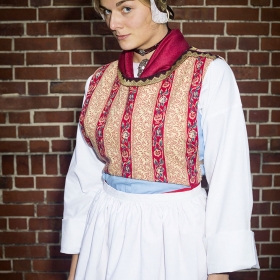 
What this series is about:
This is a documentary portraiture series about traditional bridal costumes of Germany with the aim to preserve significant cultural-historical heritage.
With the help of photography and the focus on bridal costumes, I want to portray the developments of fashion and handicraft. I want to enable a visualization of social norms and customs to initiate a discussion about social evolution, emancipation, and integration of cultures in our society.


Why I chose this project:
This project opens up the chance to discuss the role of women in our society and the process of emancipation.
With the photographic approach of the picture language I chose, the observer can visualize the development of social attitudes towards women from a historical and regional perspective of our society.
Only the statics in the pictures may vary from region to region. The stiff traditional costumes of the Schaumburg-Lippisch area, for example, allow little room for mobility. They are more static in the picture and show the strict social norms. At the same time, they also portray the splendor and colorfulness of the wedding celebration and how special a bride must have felt. The Friesian costume on the stormy island of Föhr on the other hand, tells a tale of movement, openness through seafaring and ease in spite of harsh environments.

Process description:
National associations and dance groups all over Germany are very open-minded towards this project and are eager to support me in my portraiture series. The groups and associations that still have traditional bridal costumes gladly participate in their spare time.
To maintain authenticity, I do not work with professional models, but rather with girls and young women from these associations and groups who have a consciousness of the individual attitudes and regional customs.
Furthermore, I am getting advice from at least two specialists in each region about the proper dressing of the costume and historical background.

Visual approach and operation:
I do not use extensive lighting installations and backdrops during the photo shootings. I portray the girls and women with only one studio lamp either in front of regional farmhouse walls, barn doors in the countryside or in nature to highlight the individuality of each costume in accordance with the regional differences.

Background of traditional costumes in Germany
The socio-political and traditional view:
The traditional costume, in general, was rather the garment of the peasant population. It was seen as an expression of commonality and community. Everyone knew how to dress properly for any given occasion.

At the end of the 19th century, the costumes were flourishing in many regions of Germany.
The dress of a traditional costume usually accompanied a woman through her entire life - from confirmation and other religious festivities to marriage and later through mourning.
On the basis of special clothing characteristics, each parish described the family status and prosperity of the wearer. Social and economic conditions can be gathered/deduced from the costume as well as the state of mind of the wearer - is she joyful or is she mourning?

Handicraft:
Each piece of these costumes, bridal crowns, ribbons, and ornaments has a soul and tells a story of former times and almost forgotten craftsmanship.
While today the Oktoberfest-Dirndl is well known throughout the world and cheap costumes are being produced abroad for the fast fashion consumer, these creations of handicrafts truly stand out.

Socio-critical View:
It is a long road to emancipation and liberation from strict social norms.
Between and after the World Wars, the old generation had to abandon their costumes to adapt to the society in the city. Men had already changed their traditional costumes to the uniforms of soldiers and the workwear of the factories.
The young generation perceived the abandonment of the costume as an awakening and emancipation. They were finally able to free themselves from body covers and head or hair veils.
Individuality und diversity was celebrated by choosing fashion and by showing hair and hairstyle. People started to see the traditional costume as old-fashioned.
Before that, in almost all regions of Germany, the wearing of the bridal crown was a desirable tradition for a girl, not only did it symbolize her social acceptance into the community but it was also regarded as a testimony of entering into the bond of marriage innocently.


Continuation of the project:
Additional photo shootings with national associations and folklore groups all over Germany.
In the next part of the project, I will include the focus on bridal costumes which are still being worn today:

In addition to regions in Bavaria and Baden-Württemberg, where the traditional costume culture is still prevalent in everyday life, I will also visit those regions of Germany which are known for the national minority of the Sorbian / Wendish population and their rich culture.
I am not only going to photograph the elaborate traditional wedding dresses but also document the old handicraft of traditional tailoring and embroidery trade.
I will also photograph the traditional bridal costumes of the Sudeten Germans / German Bohemia population and implement the topic of cultural integration in Germany.


Final presentation:
I would like to progress with the project to a point where I can present a traditional costume atlas in the form of a photography book and publish a digital magazine that presents a new costume on a regular basis.
Due to my many years of experience in photojournalism, I have a good network to present the project both in print and online to a national and international audience.
For the European Cultural Heritage Year 2018, I plan to organise exhibitions in cooperation with national associations.

About author:
Born and raised in Germany, I am working as a freelance Travel- and Documentary Photographer out of my hometown Hamburg.

I gained expert knowledge in photojournalism working as an executive photo editor in Hamburg and Los Angeles.

My travel documentaries have brought me to many destinations outside of Europe and the US such as Fiji, Vanuatu and many more.

My work focuses on visualising a feeling and telling a story when I work on reportages. I capture little scenes, split seconds of someones life while out in the streets. My work for NGOs and other Humanitarian Projects brought me already to many African countries.

My personal longterm projects focus on the heritage of German culture, tradition and folklore.

Many international print magazines such as London Times, People Magazine, Bunte, Stern or View as well as online outlets from all around the world such as New York Post, Daily Mail, Paris Match Afrique and many more have published my stories and documentaries.