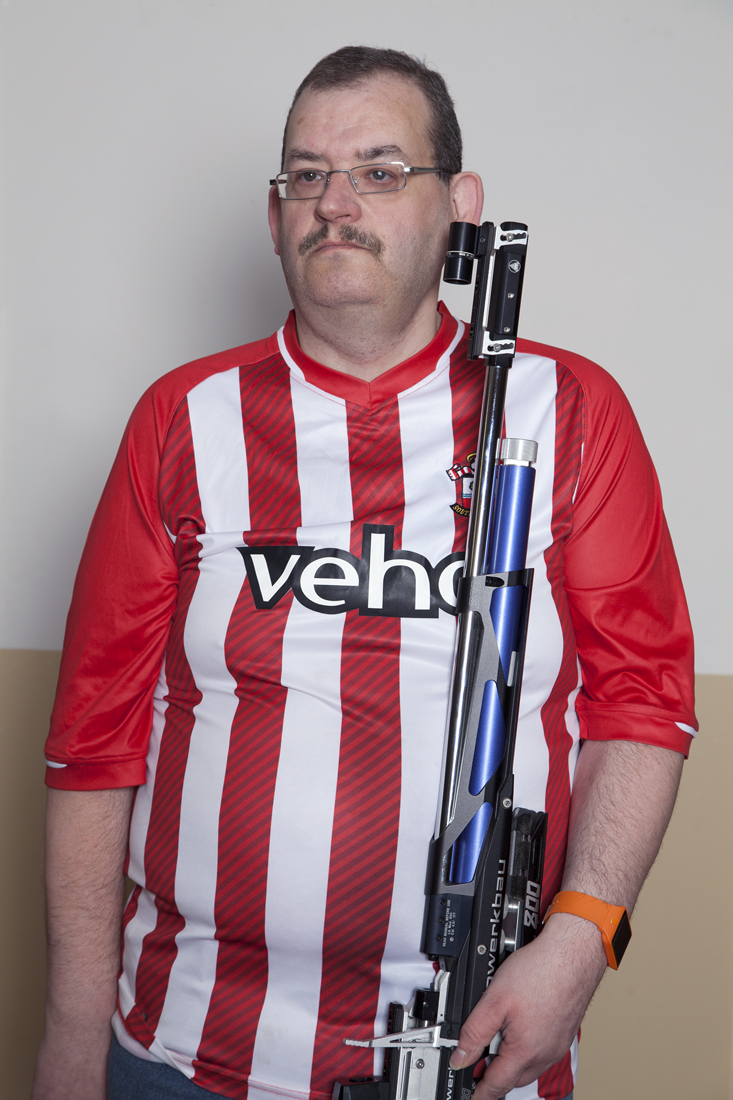 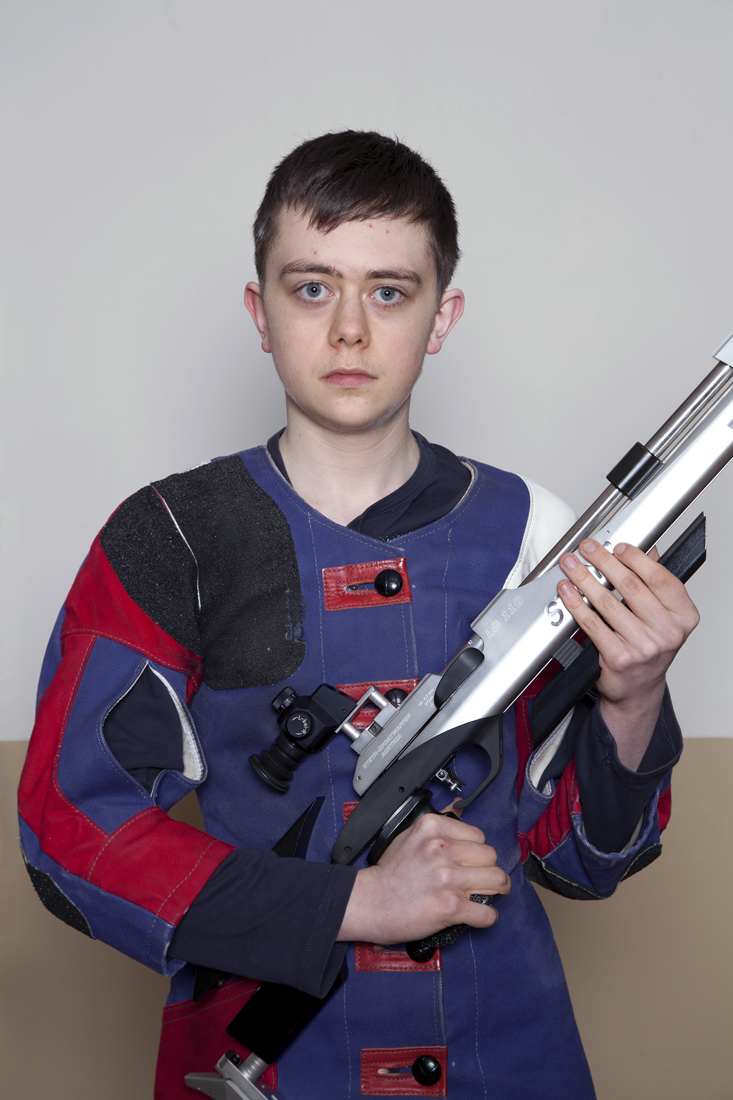 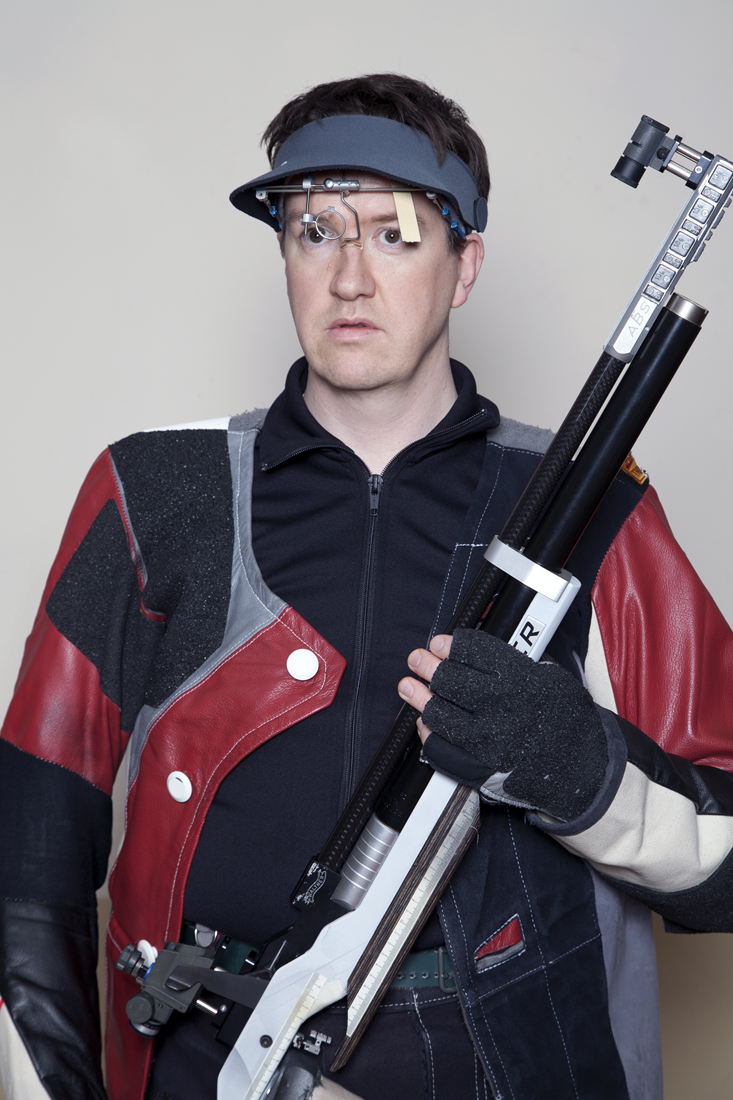 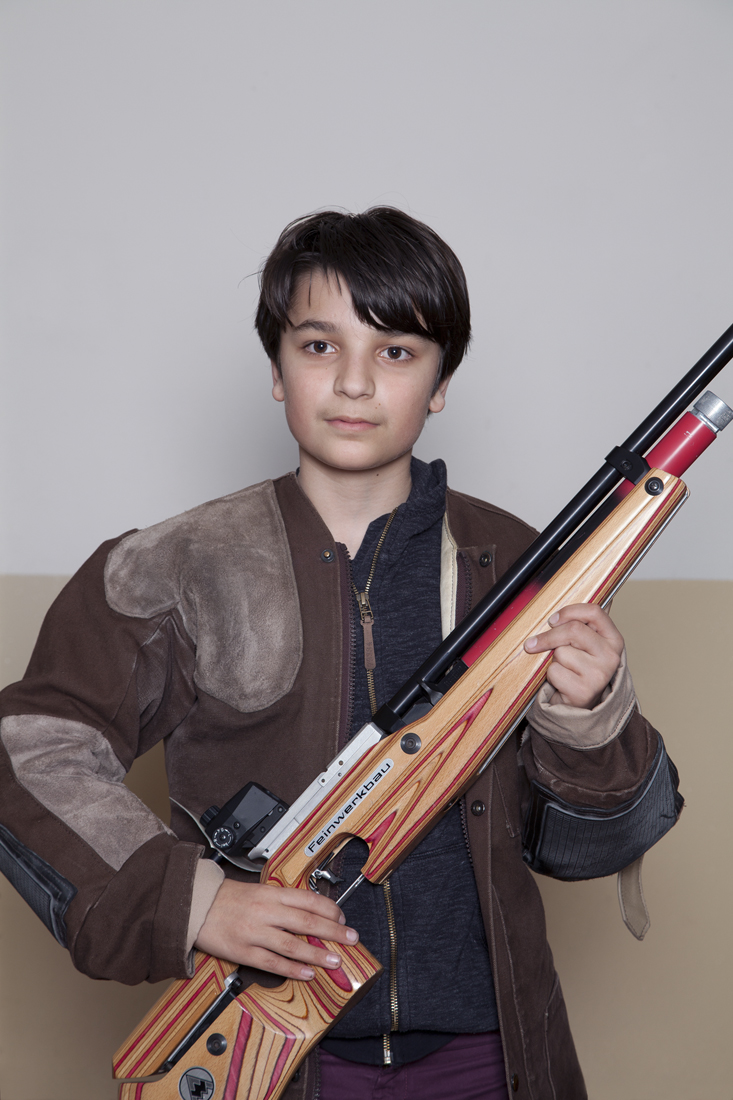 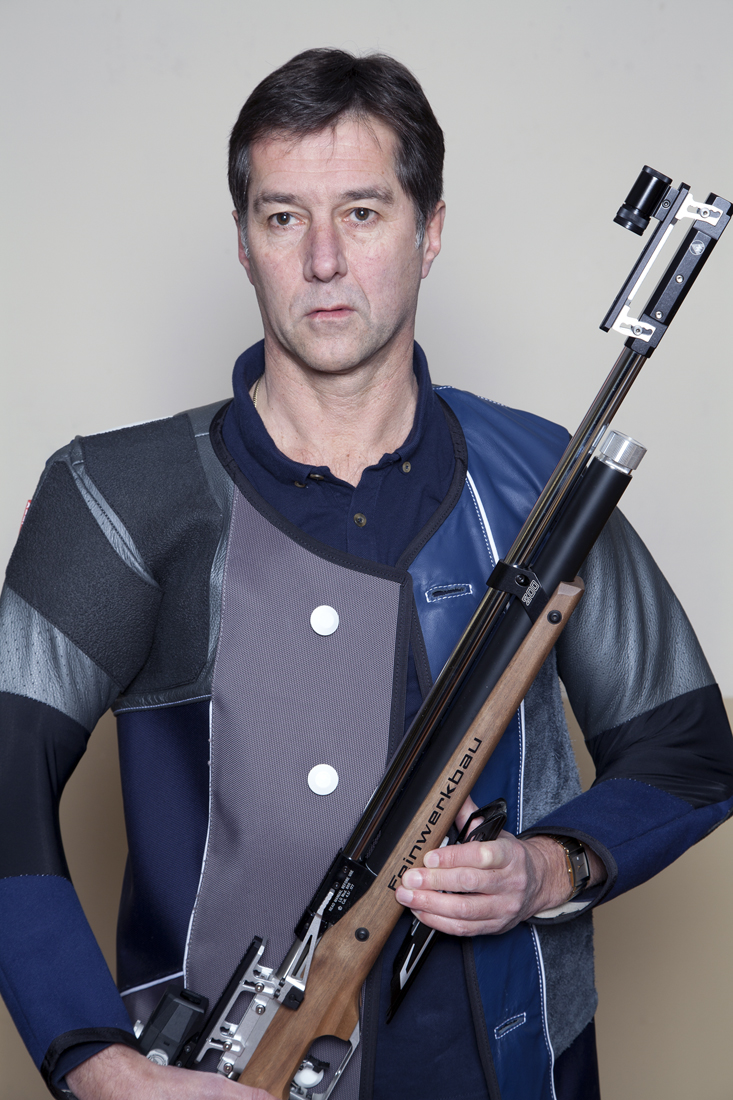 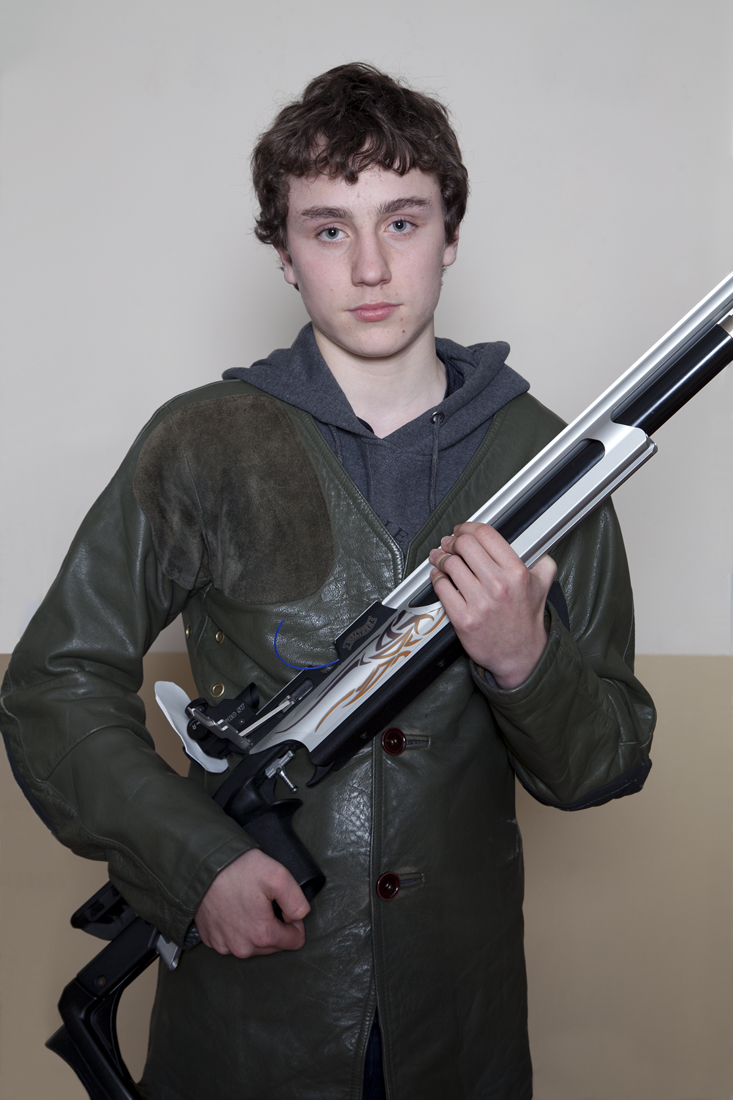 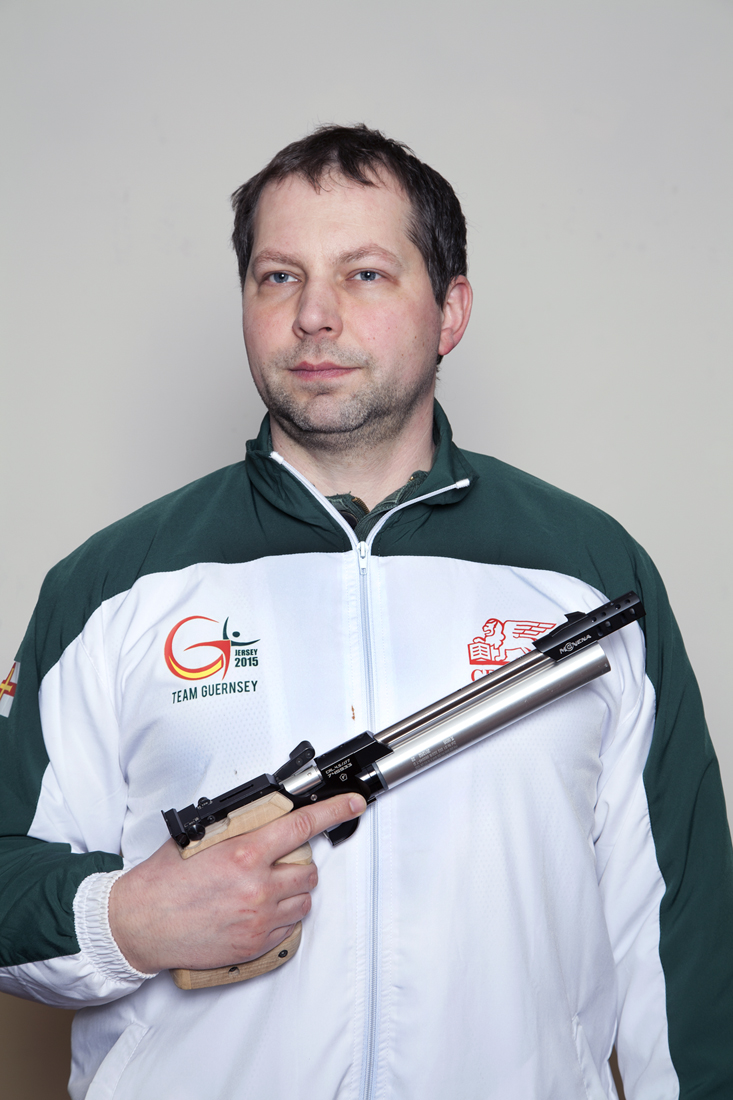 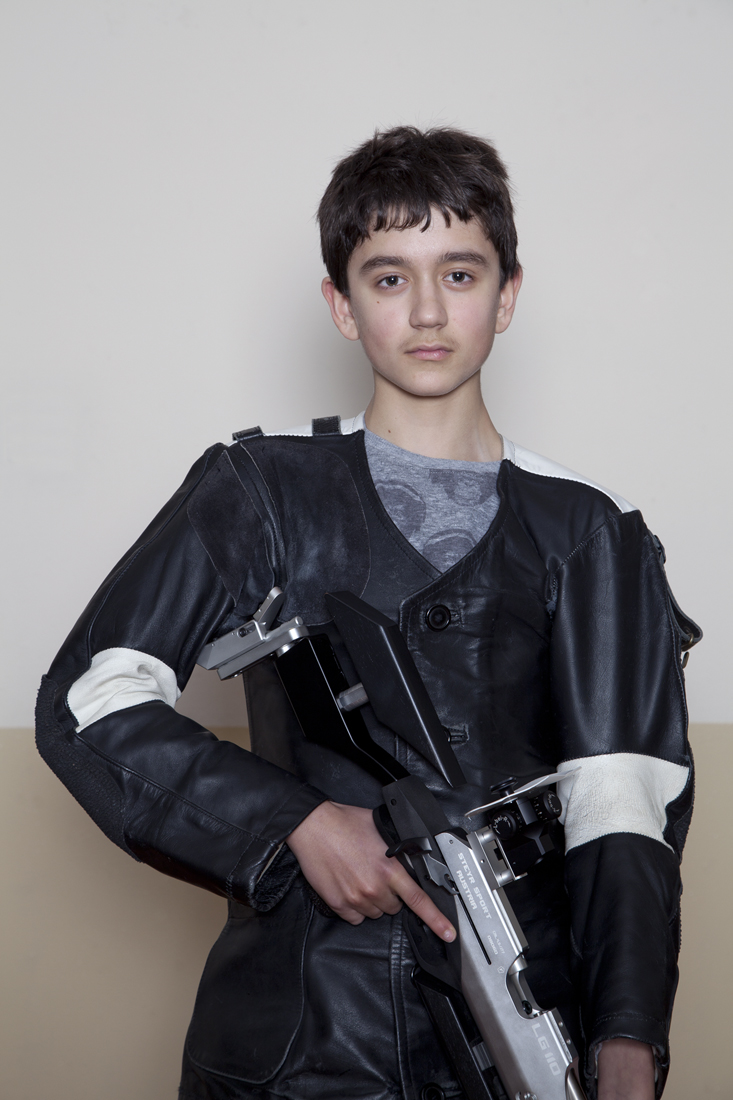 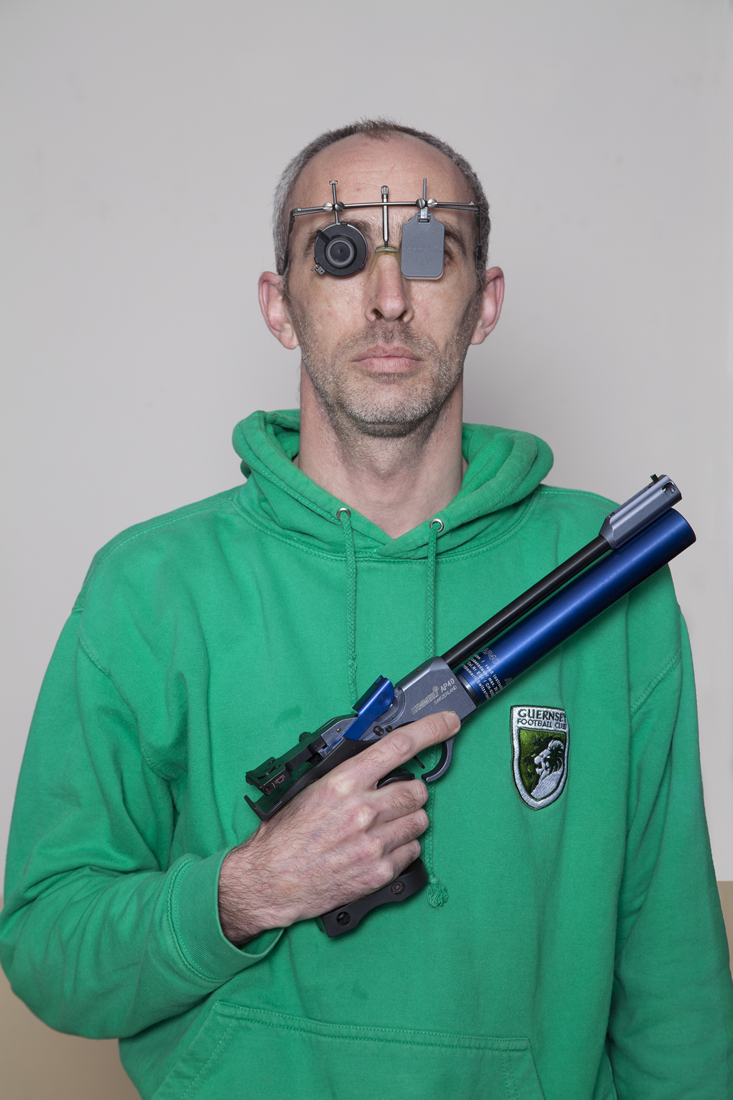 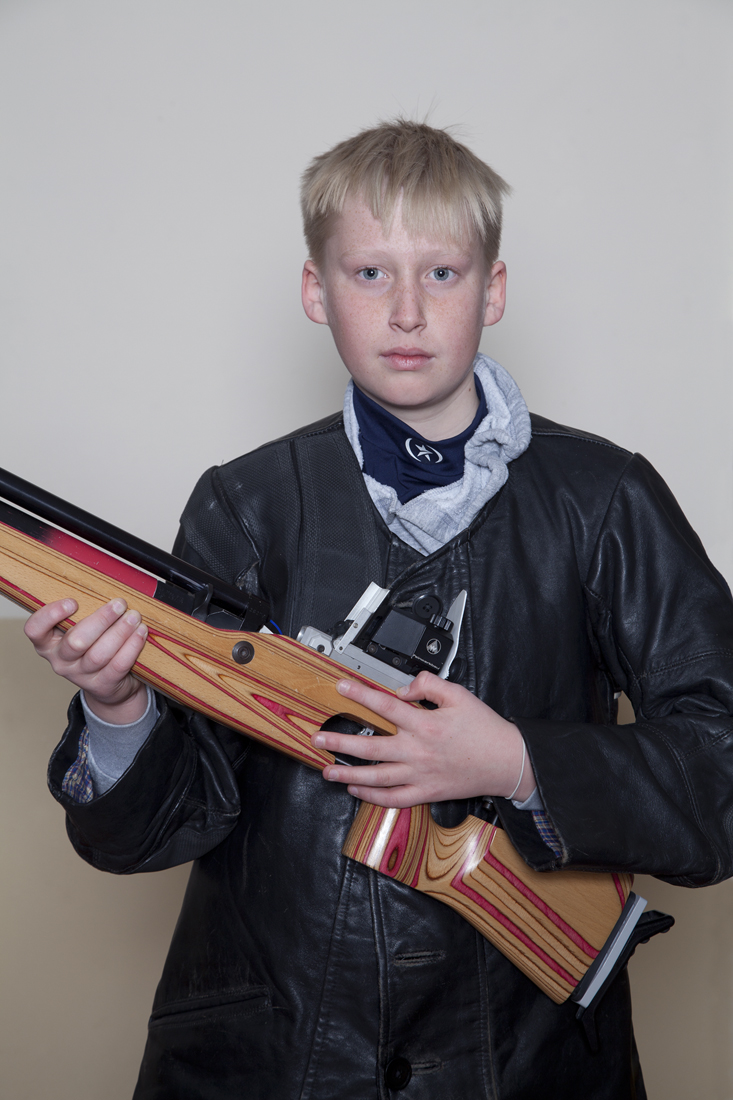 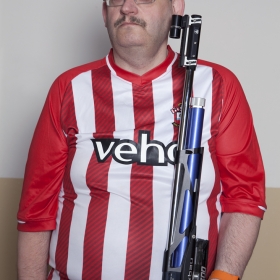 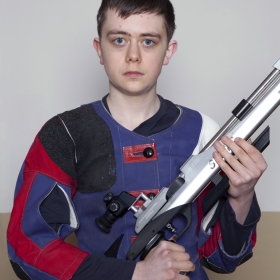 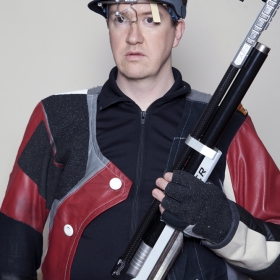 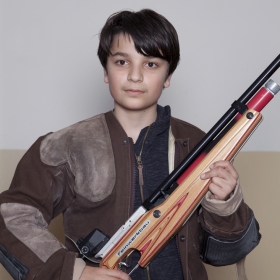 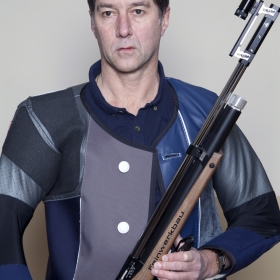 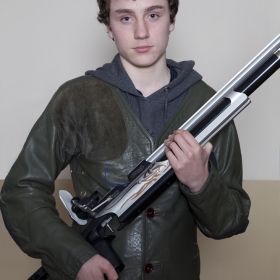 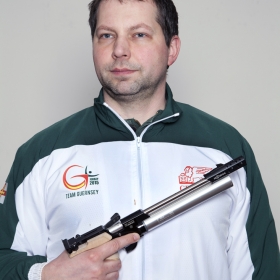 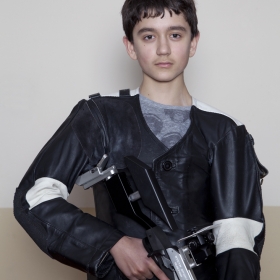 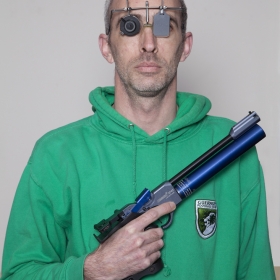 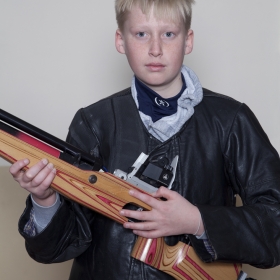 aaron yeandle
The Equalizer
Share
Support this photographer - share this work on Facebook.
Aaron Yeandle Artist Statement
The Equalizer
From an early age most male children have some strange fascination with guns. It is a common site to see children playing make-believe army with their friends, in all out war. Or playing by them self’s in a fictitious gun infused world. Evan when the toy gun is not at hand, almost any other object can be replaced for this shooting machine.
At most these children are unaware of the social and moral ramification of playing guns. However as we grow from this make believe world to reality, we are taught by society to perceive guns as a negative symbol. Although at the same we are saturated by films glamorising the gun.

The fear of gun crime; especially with terra attacks are at an all time high. In the UK there are strict restrictions on what kind of guns can be bought and by whom. I decided to photograph people who shoot guns for sport or for amusement in Guernsey. This idea has developed to into a long-term project, which explores the relationship between people and their guns. It devils into the world of fiction and nonfiction, leading me on a photographic journey. Revealing adults who play army guns in the woods to serious marksmen, whose only goals are to test their proficiency accuracy and speed.

This series concentrates on the Cobo air rifle club. From the out set it struck me how serious the marksman were. How fastidious they were for the rules and regulations. Not only that how they were truly competitive with themselves and their opponents. It astonished me how much concentration it took to compete in this sport. It took over an hour to shoot their appointed pellets. At the end of the competition the competitors were truly exhausted. These portraits were taken after a competition between Guernsey and Jersey air riffle club.

About author:
As a practicing artist Aaron Yeandle has exhibited nationally and internationally. He is continually pushing his photographic practice and striving for new photographic opportunities. Aaron’s education includes a B.A (Hones) in Photography, M.A in Fine Art and a PGCE. He has taught photography at numerous Colleges and Universities in the United Kingdom. Aaron has also delivered seminars and workshops about his photographic practice in several educational environments and Photography Festivals
One of Aaron's highest achievements was to be announced the overall winner of The Guardians Britain Is Competition, with the photograph, The Western Ranger. The aim of the Competition was to discover the defining image of Britain today.
In 2014 he was involved with the facilitation of the Guernsey Photographic Festival. In 2015 his photograph Lilly was exhibited with the Portrait Salon in London and Tokyo. Also in 2015 Aaron collaborated with the award winning artist, Joschi Herczeg. The collaboration was on an exciting body of work called The Ways of Genius, which was exhibited in Switzerland.
In 2015 and 2016 he worked with Jean-Christophe Godet and facilitated with the award winning Guernsey Prison Project, which was exhibited in Jersey. Correspondingly in 2016, Aaron was chosen as one of the Artist in Residence for the Photo-Canopy (Lens on the National Forest).
The objective of Photo-Canopy (Lens on the National Forest) is to broaden the awareness of the National Forest to new audiences and to establish the Identity of the National Forest through contemporary photography. The Photo-Canopy also incorporates an intensive educational plan for the public and students in the local region. As part of the Artist in Residence Aaron delivered talks on his currant photographic practice and examined the philosophies of the Photo-Canopy intentions. These talks were designed for the public, Higher and Further Education students. On behalf of the educational program he also presented photographic workshops to the public and students as well as providing critical portfolio reviews.
As part of the residency Aaron produced an intensive body of work incorporating social and historical issues of the National Forest region. His work was exhibited at the Brewhouse art Gallery in October 2016. Alongside the exhibition he produced a comprehensive photographic book, which will provide a long lasting legacy.
Furthermore in 2016 Aaron was passionately involved with the creation of the Guernsey Photographic Festival. Aaron also exhibited in the 2016 Guernsey Photographic Festival alongside some of the most contemporary and well-known photographers around the world, with the project The Equalizer.