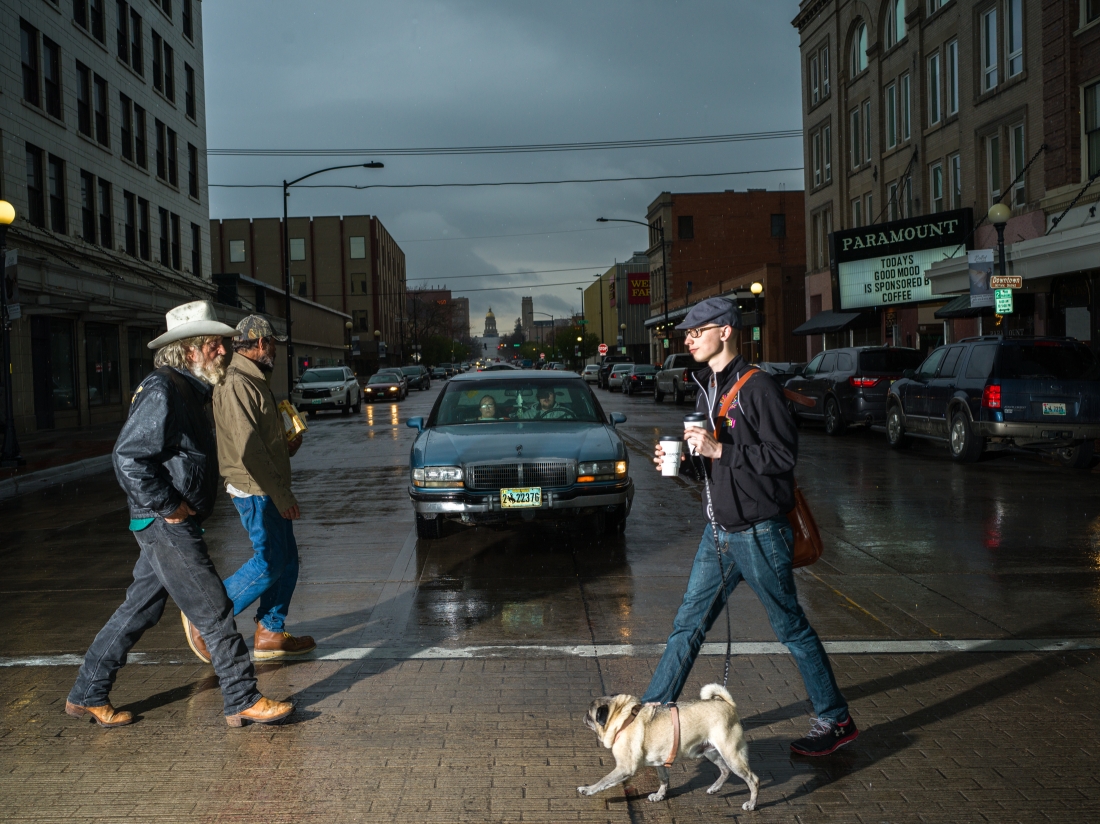 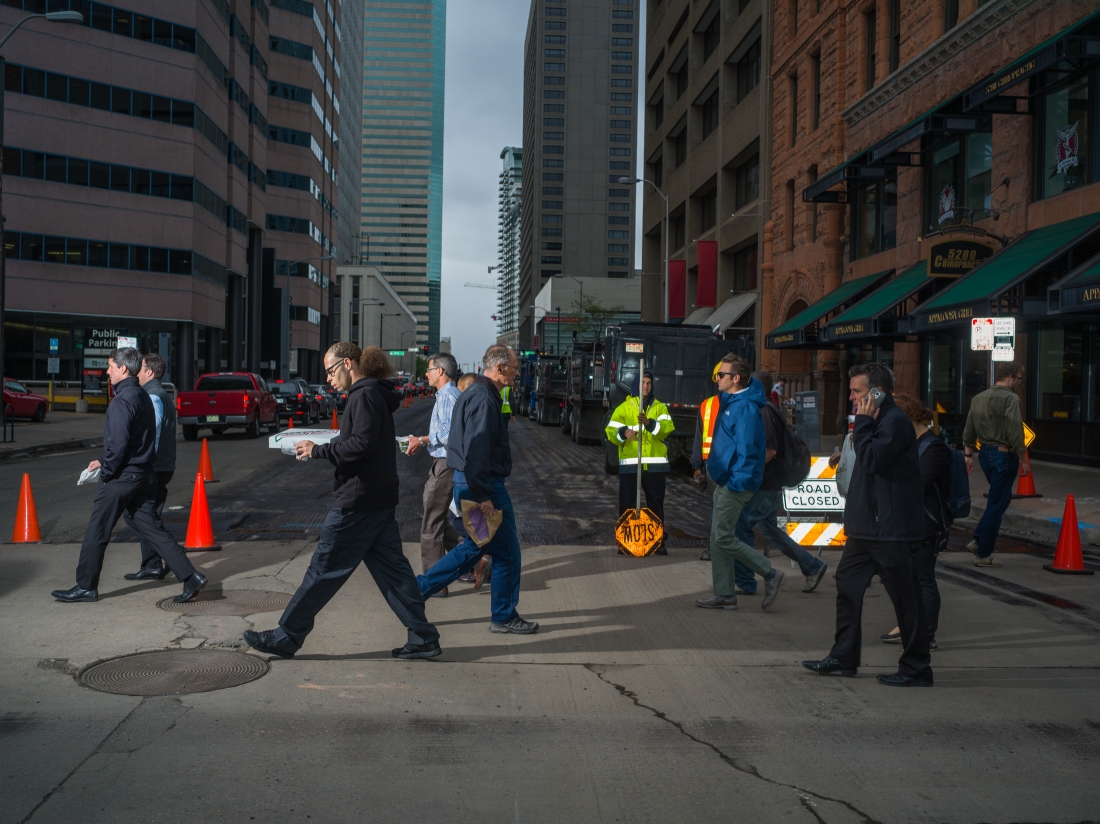 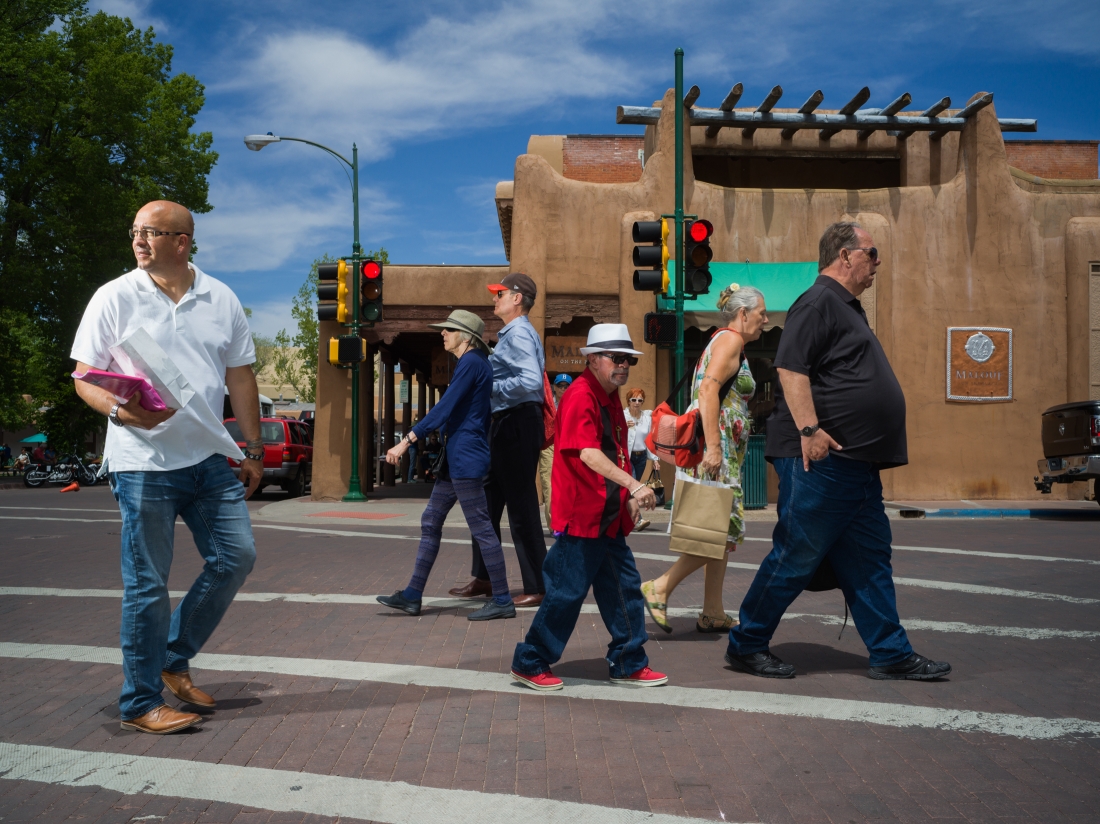 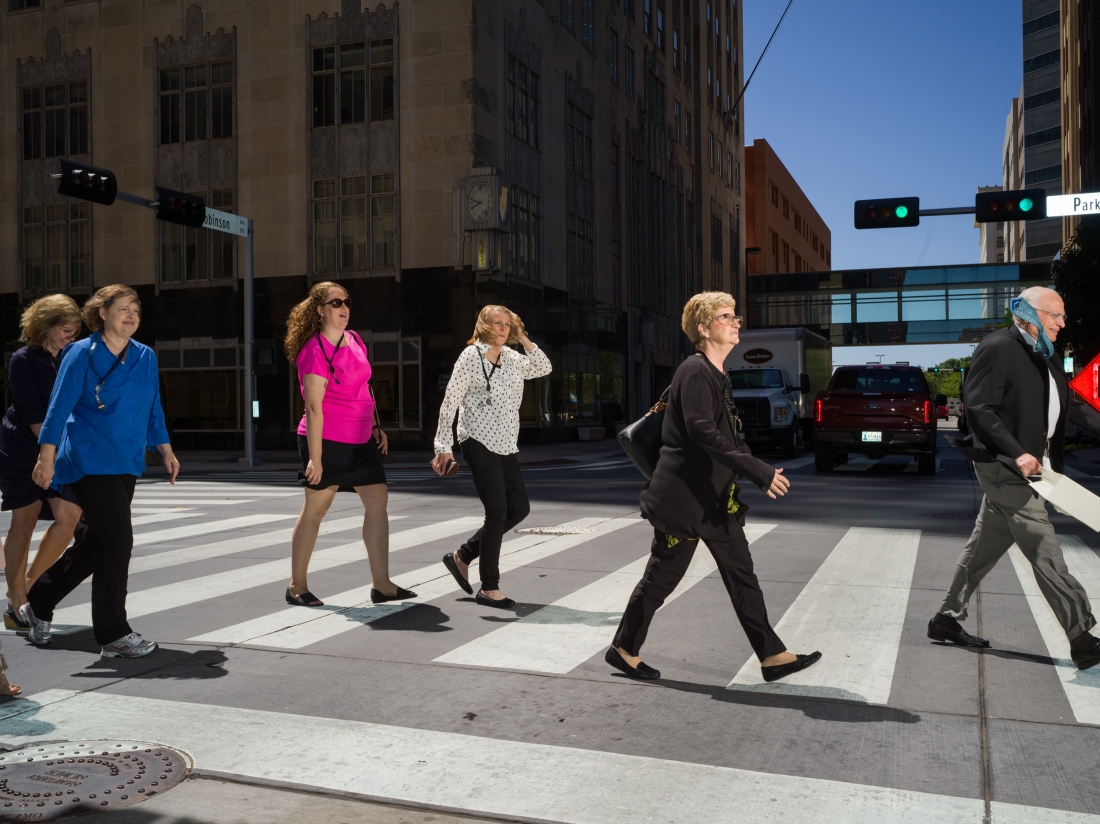 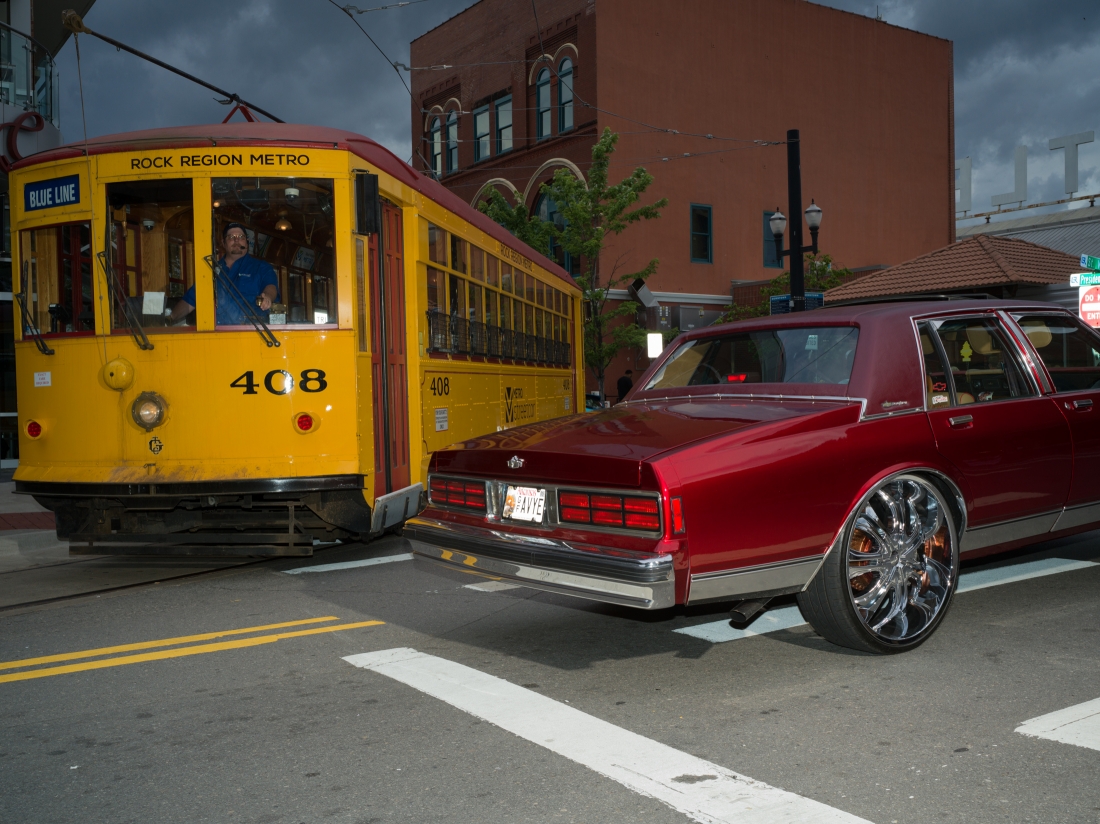 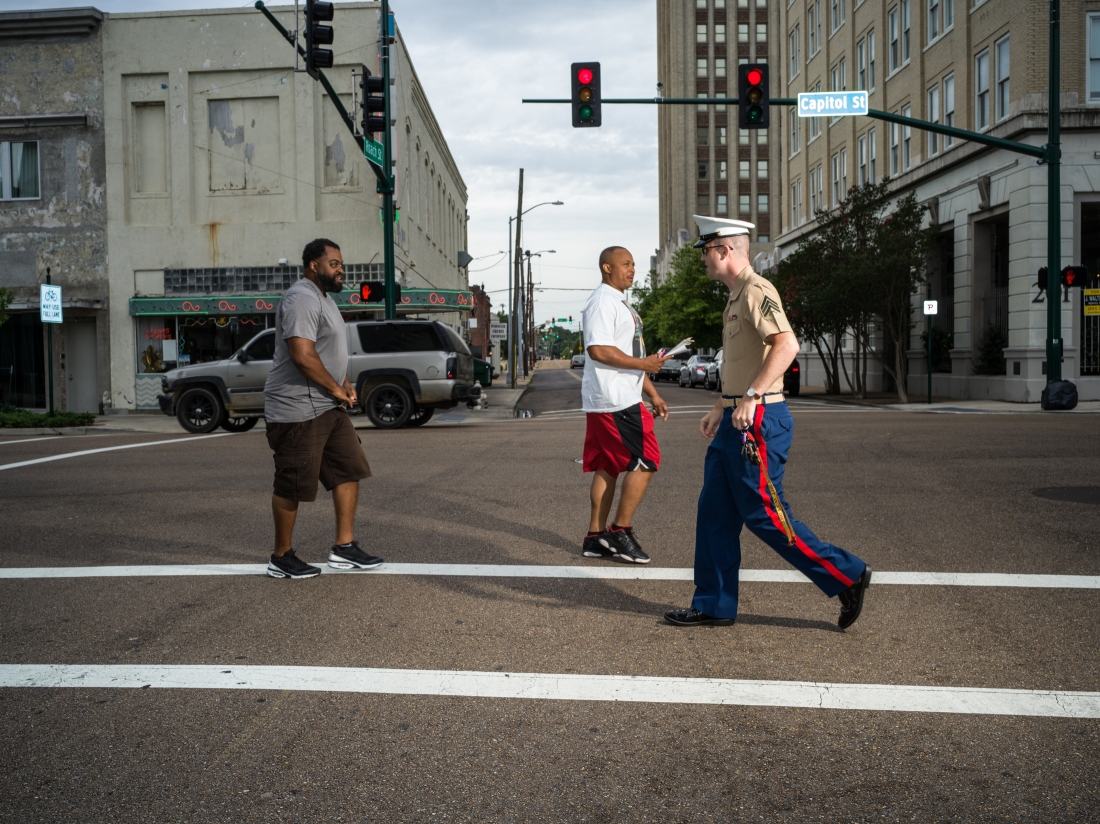 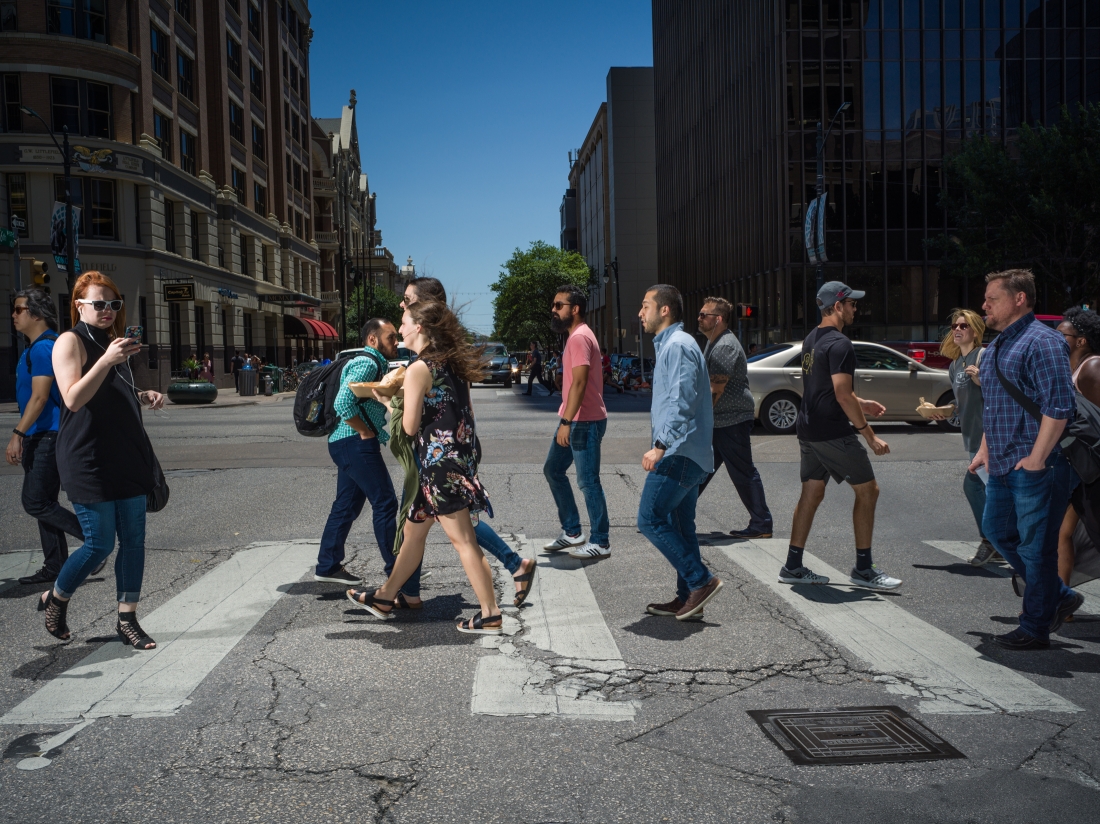 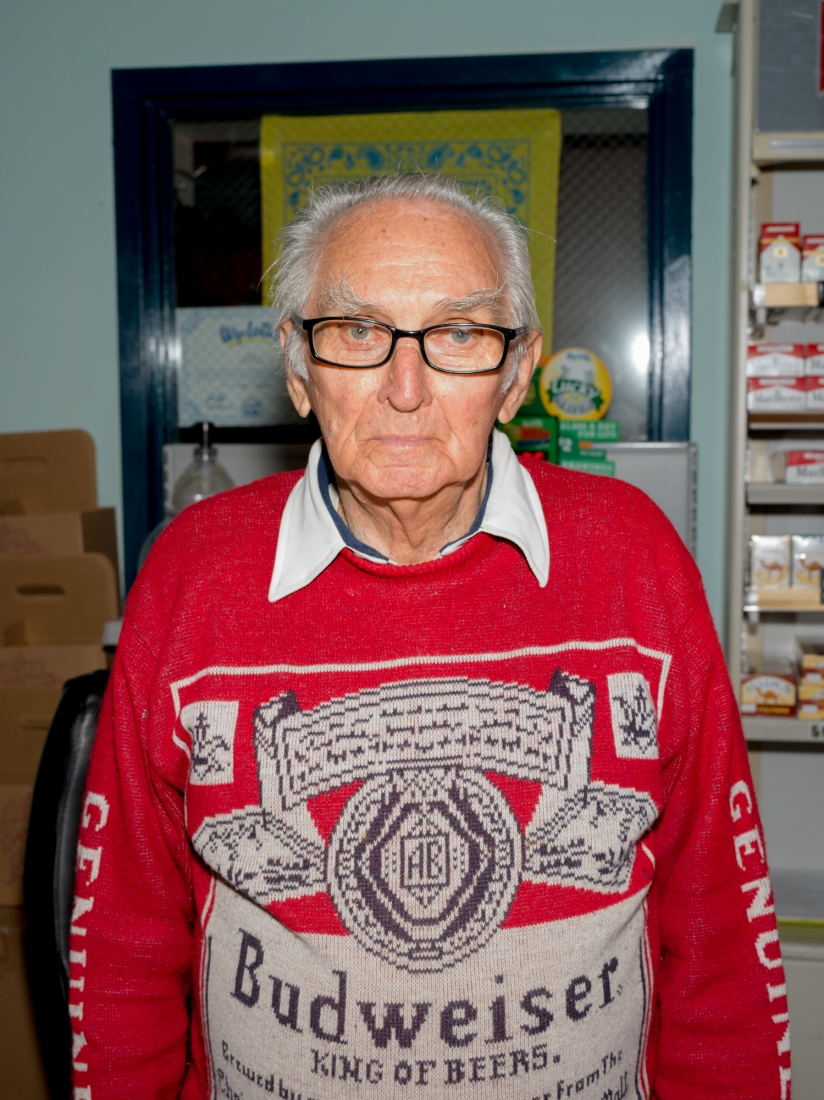 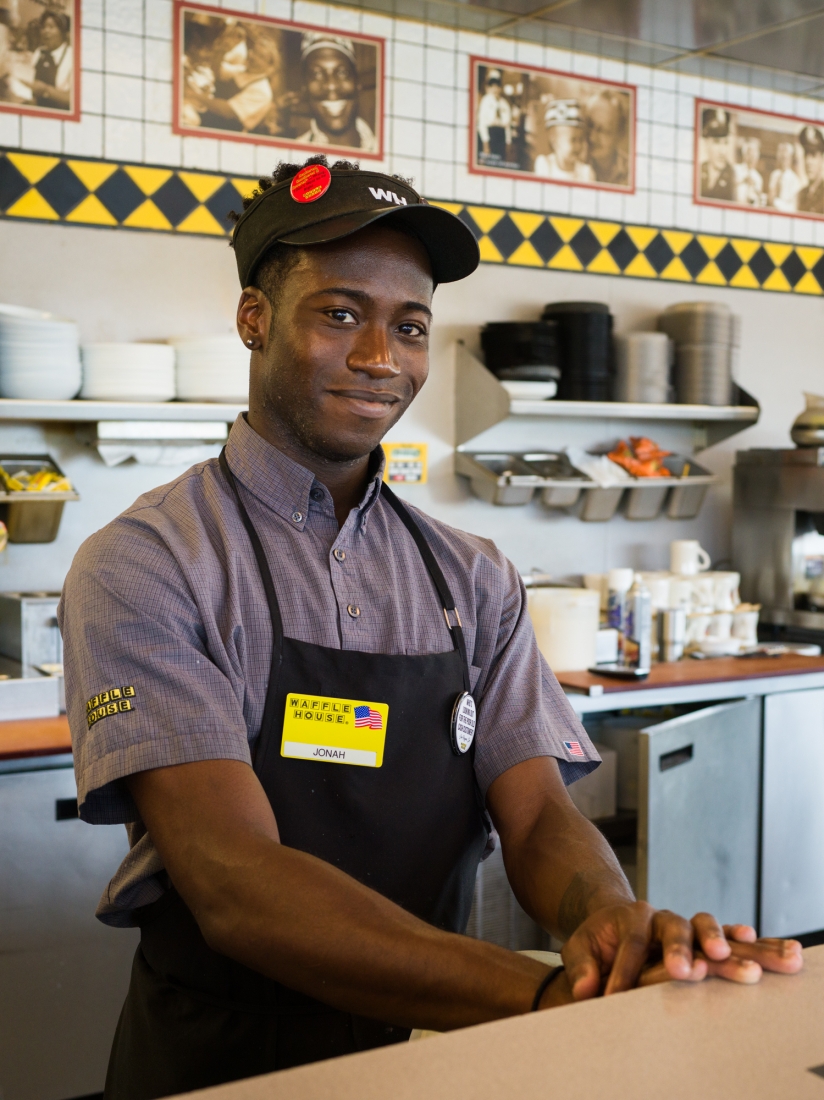 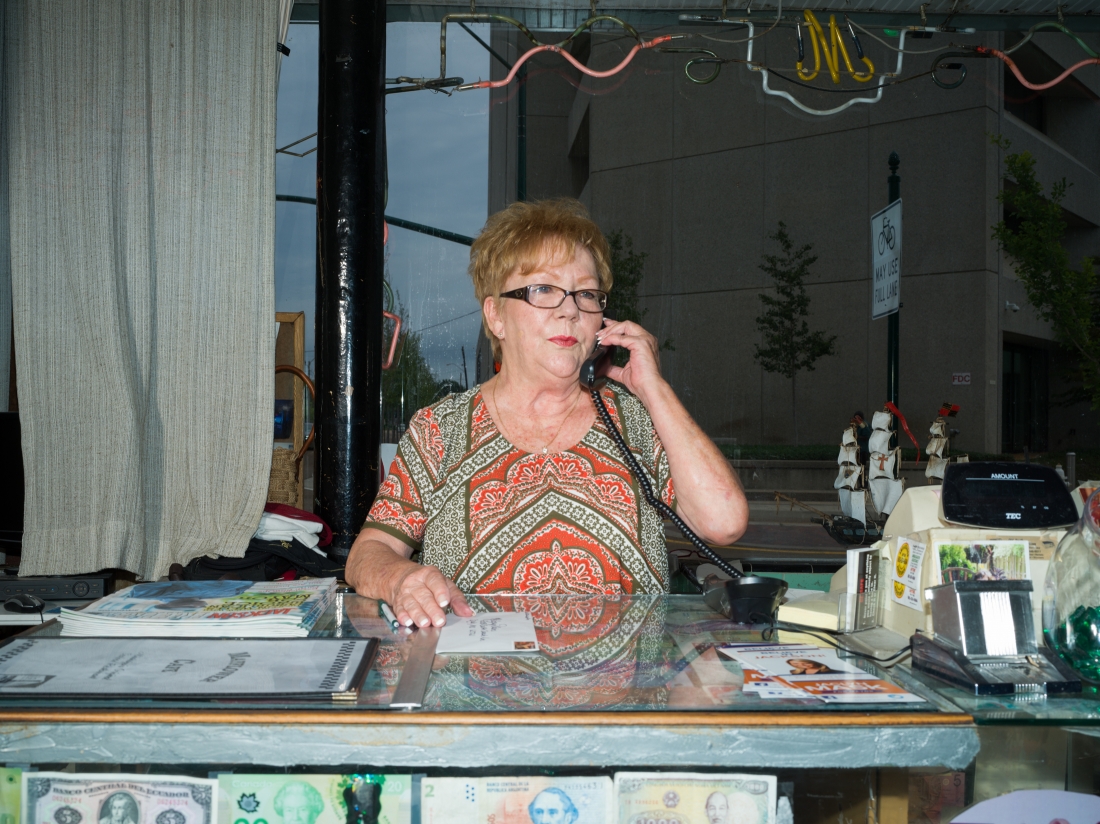 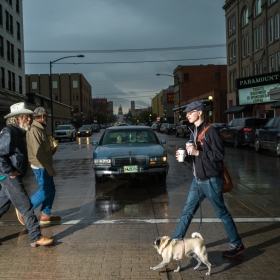 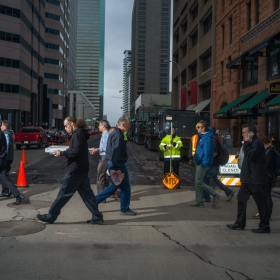 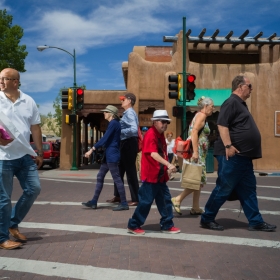 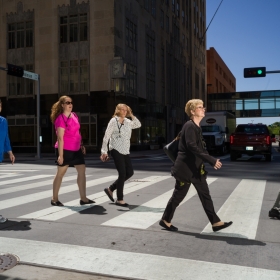 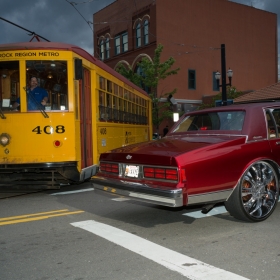 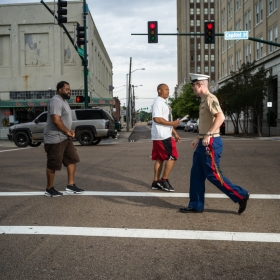 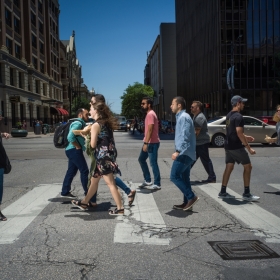 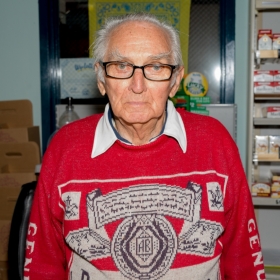 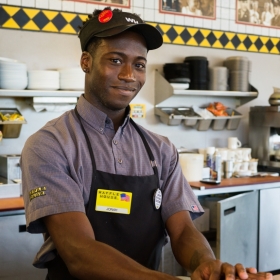 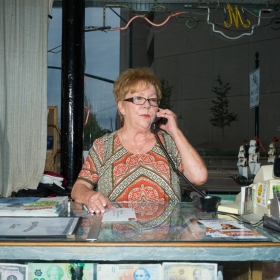 Poike Stomps
Crossing the USA
Share
Support this photographer - share this work on Facebook.
“Crossing the USA” is a project for which I will travel to, visit and experience all of the 50 capital cities in the United States of America.

In every capital city, I plan to make a photograph at an intersection somewhere in the city, regardless of whether it is busy or not. This is the same concept I followed for my project Crossing Europe. However, this approach clearly has different results in the USA. This is the case for several reasons: for one, most Americans prefer to drive rather than walk. The cities’ urban designs reflect this preference (or reinforce it). Given the divergence, I plan to pursue different visual approaches for this new environment—perhaps later images in this American series will feature crossings with cars or even animals.

This series will also differ from “Crossing Europe” because I plan to include portraits of individuals that I meet on the street. My hope is to have more personal encounters with my subjects—a chance to zoom in on a subject from a “Crossing” photo. It will add a more intimate dimension to the project.

My ultimate goal is to document the daily life of Americans. I have had the urge to learn more about America for a while, and it seemed to me that spending time in the United States would be the best way to have a sense of what life is really like there.

—Poike Stomps
The example, and a changing role.
After a long period traveling around Europe I set my eyes on the USA .
Since a while I have this urge to learn more about America and for me the only good way is to visit America to feel and experience how it is being there, amongst all people living in you country.America has always been the example for us, for me as an European. It is the place where it all happend before it happens here.
Yes I’m a foreigner, I’m born en raised in The Netherlands where I still live and will live for the rest of my future life but I have always like the fact that my senses are extra open when I'm at new and for me unknown places.I like to feel how America is for a little longer, and not only the East or the West side of the country. I like to see the complete picture. A good average, a little bit of it all.

He creates series exposing the way we handle death, about multicultural street life in Utrecht, on life on The Faroer Islands, or life with dementia. The last 12 years he captured the life with his father. Besides his personal work he hits his camera at shadows of passing airplanes trying to catch the impact the phenomenon may have on people and animals. And he observes people crossing street in his 42 European Capital Crossings project.