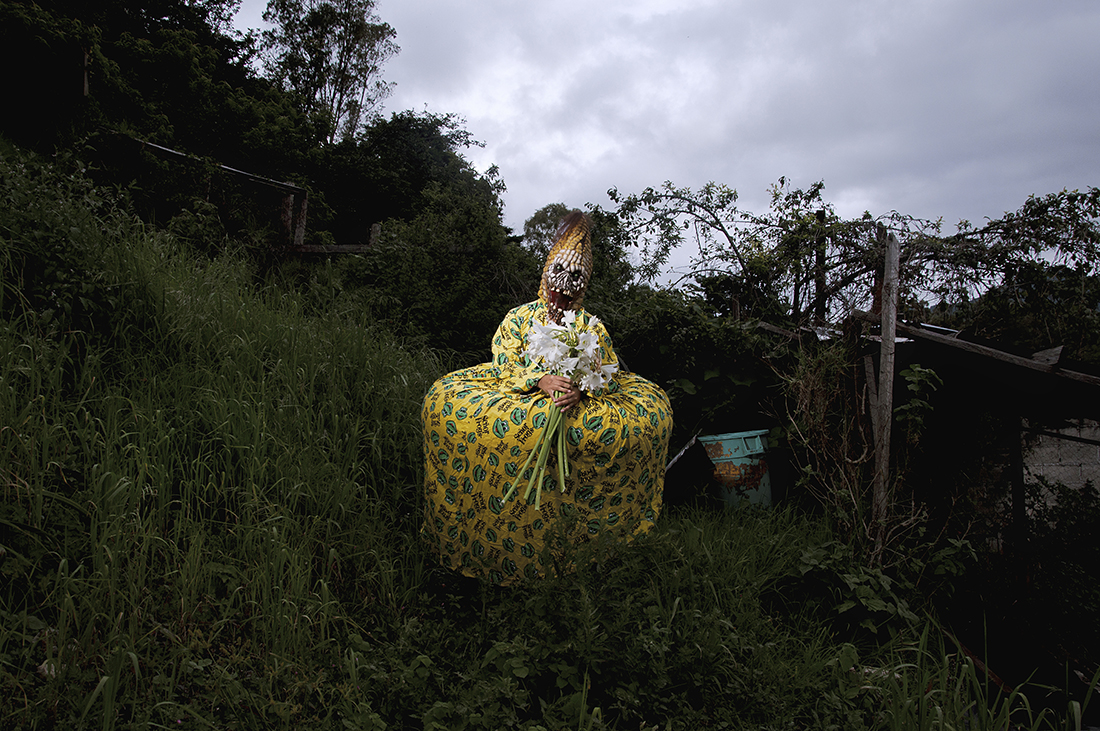 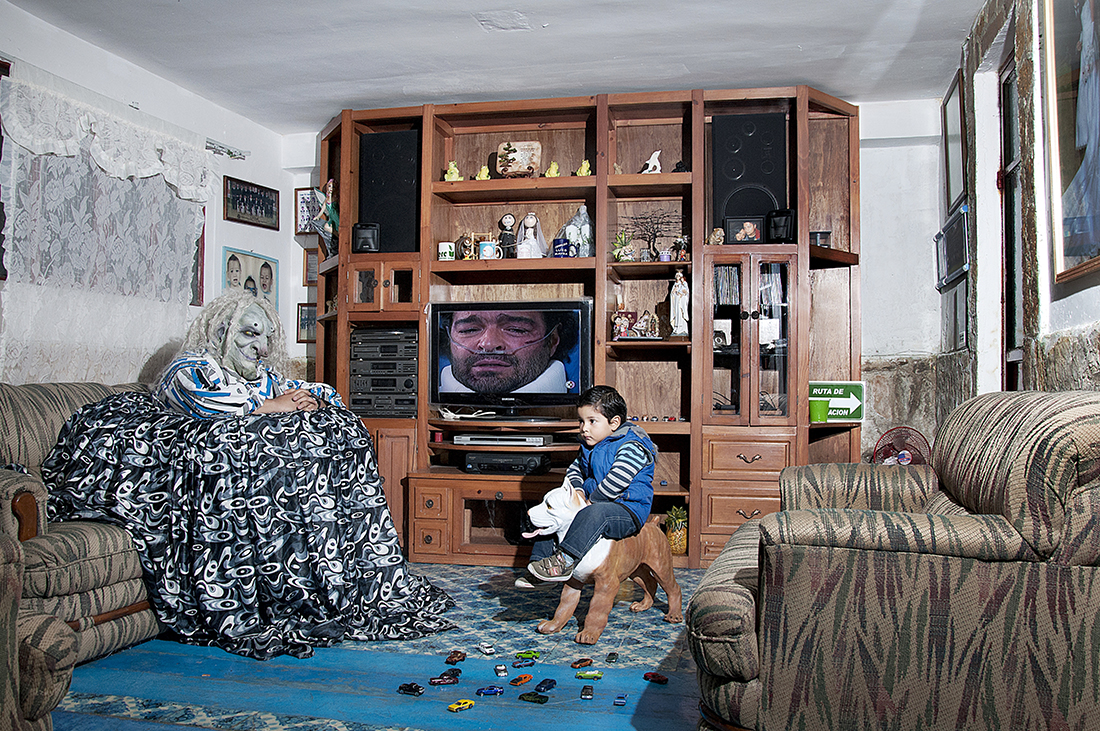 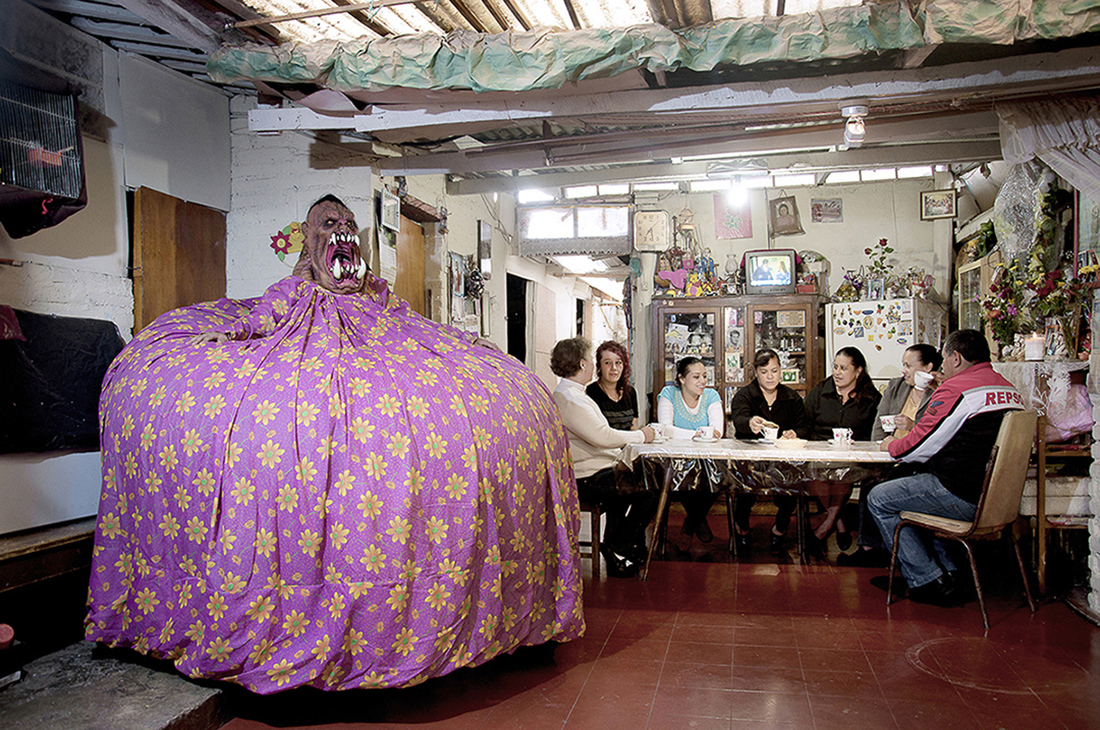 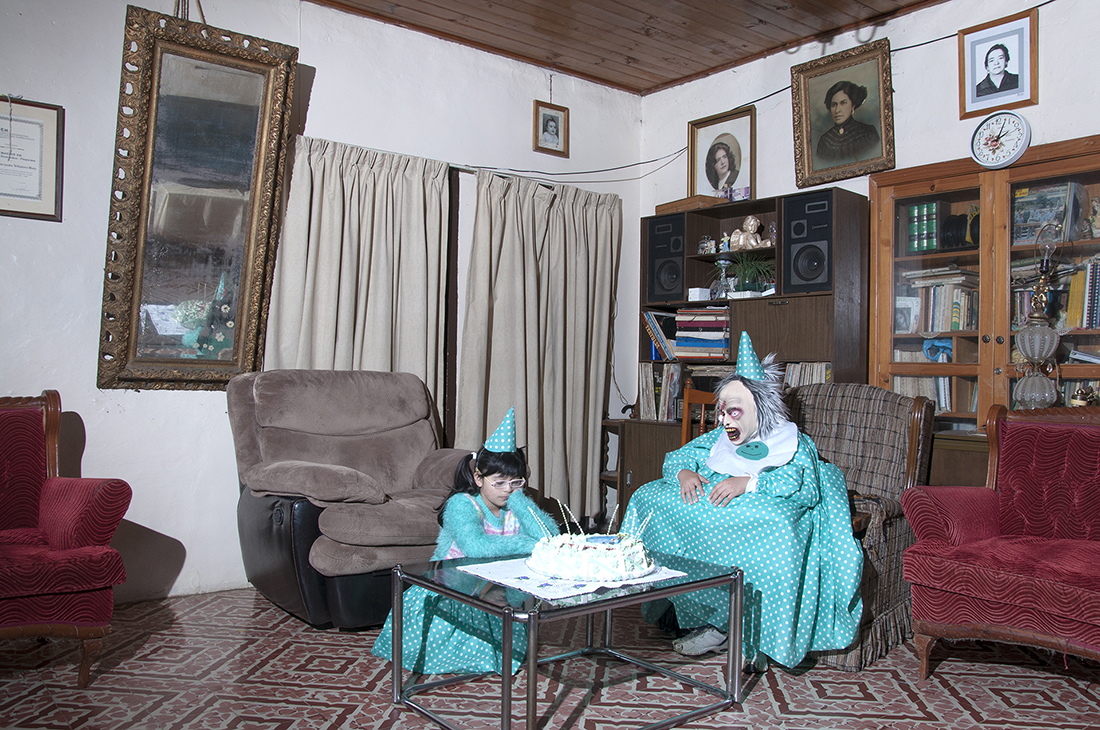 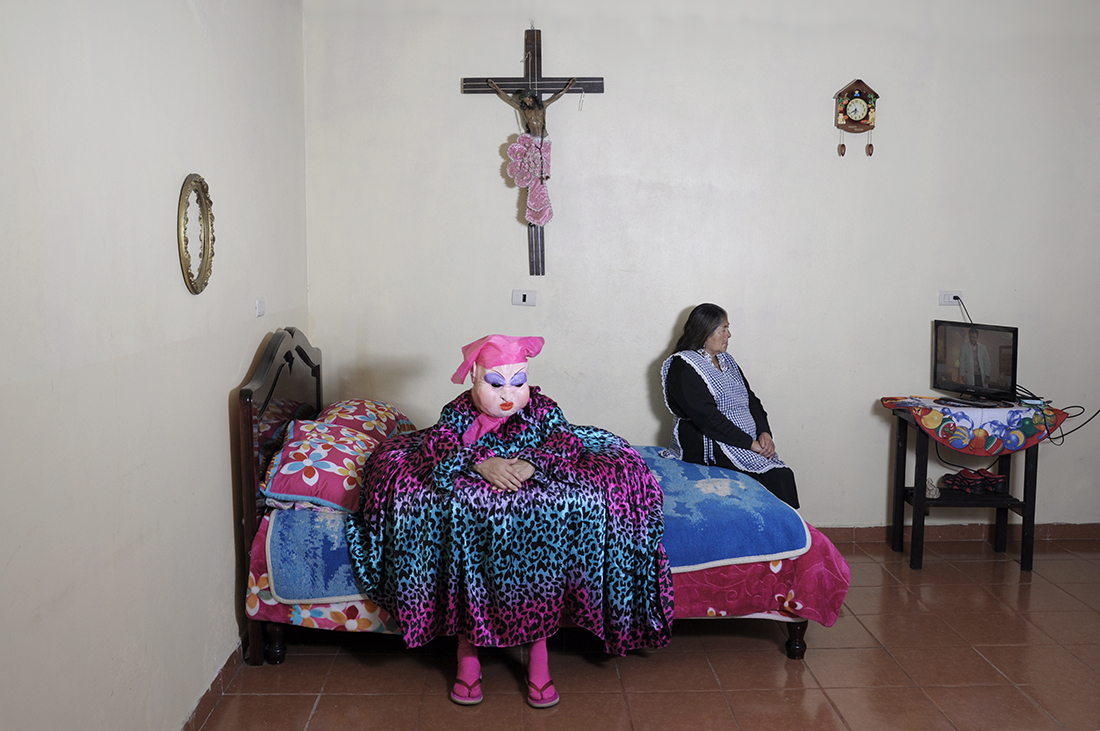 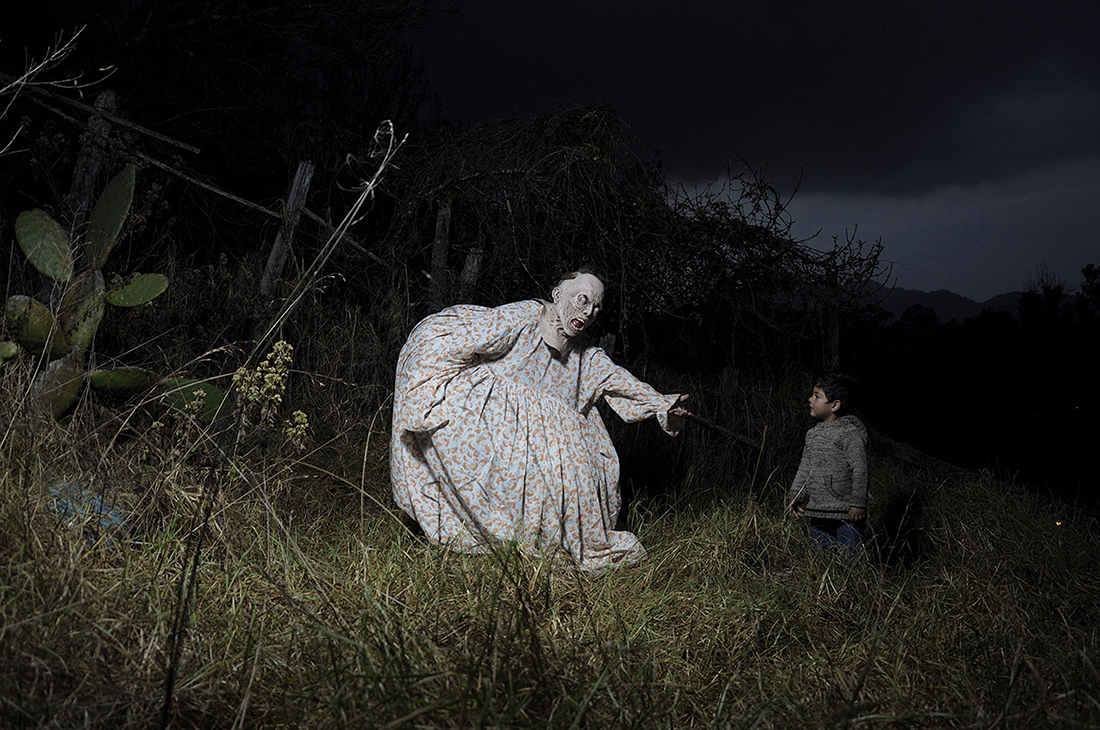 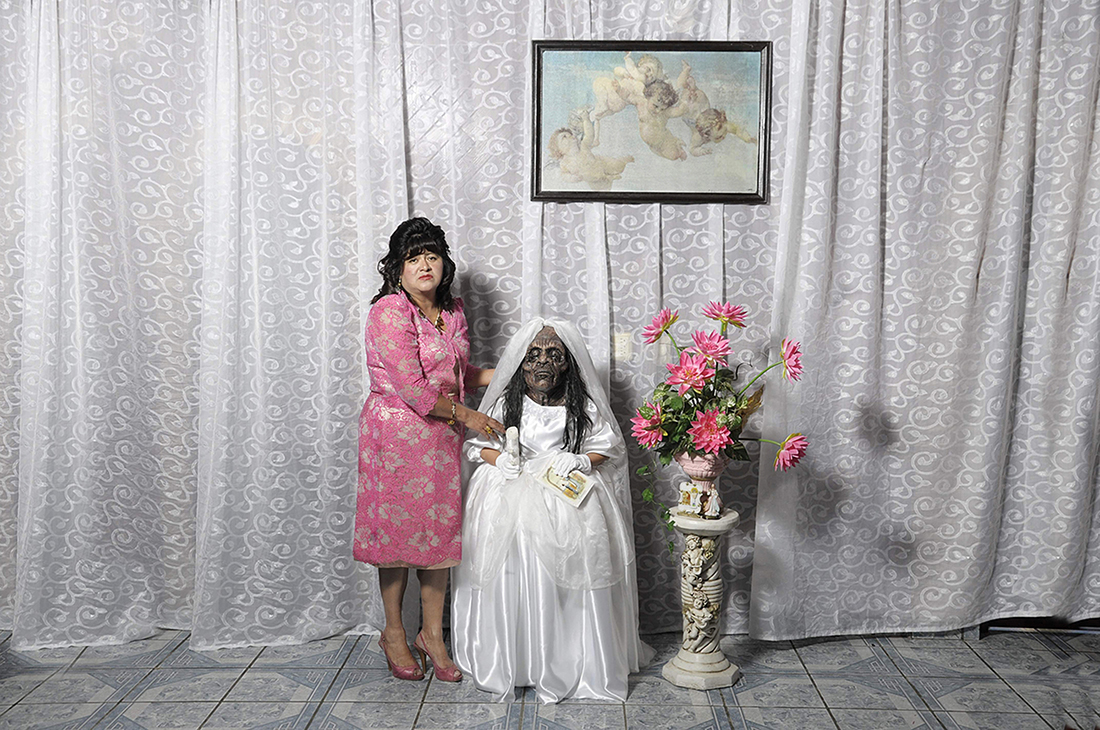 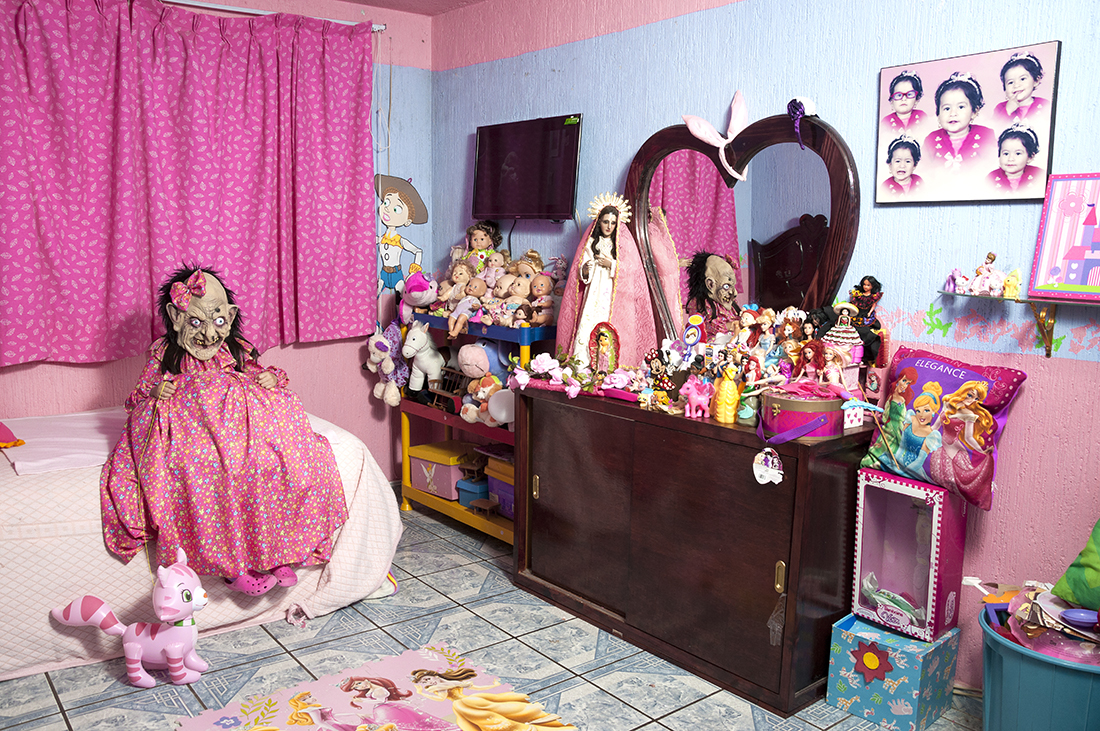 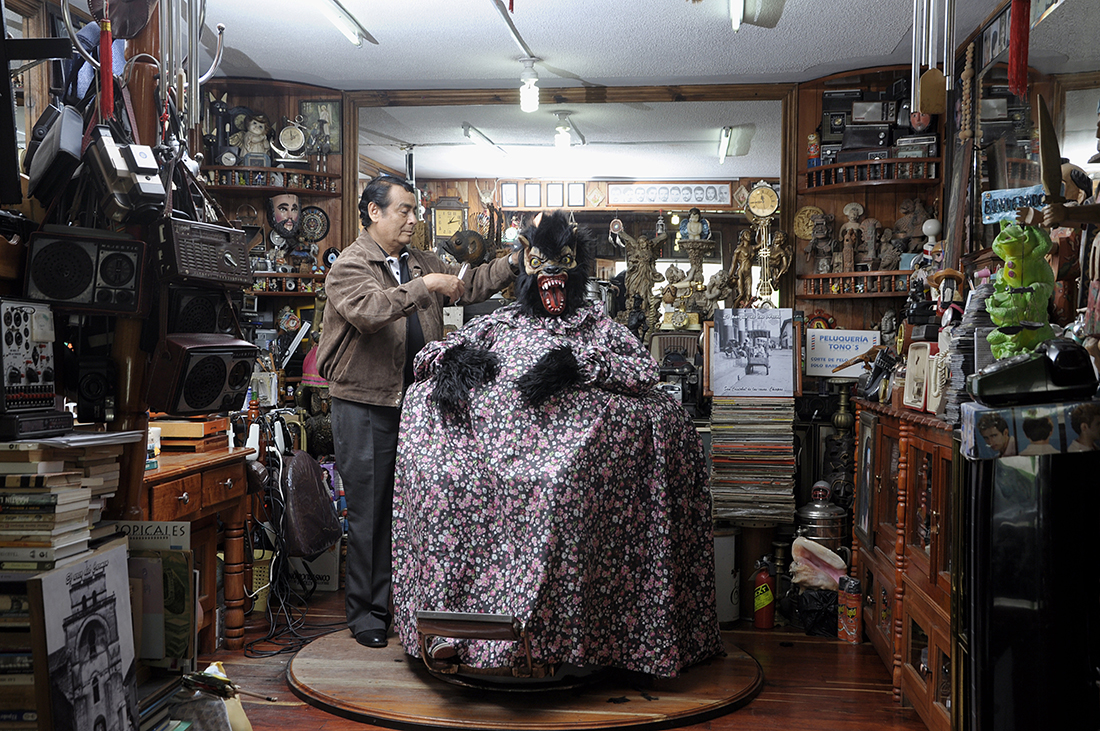 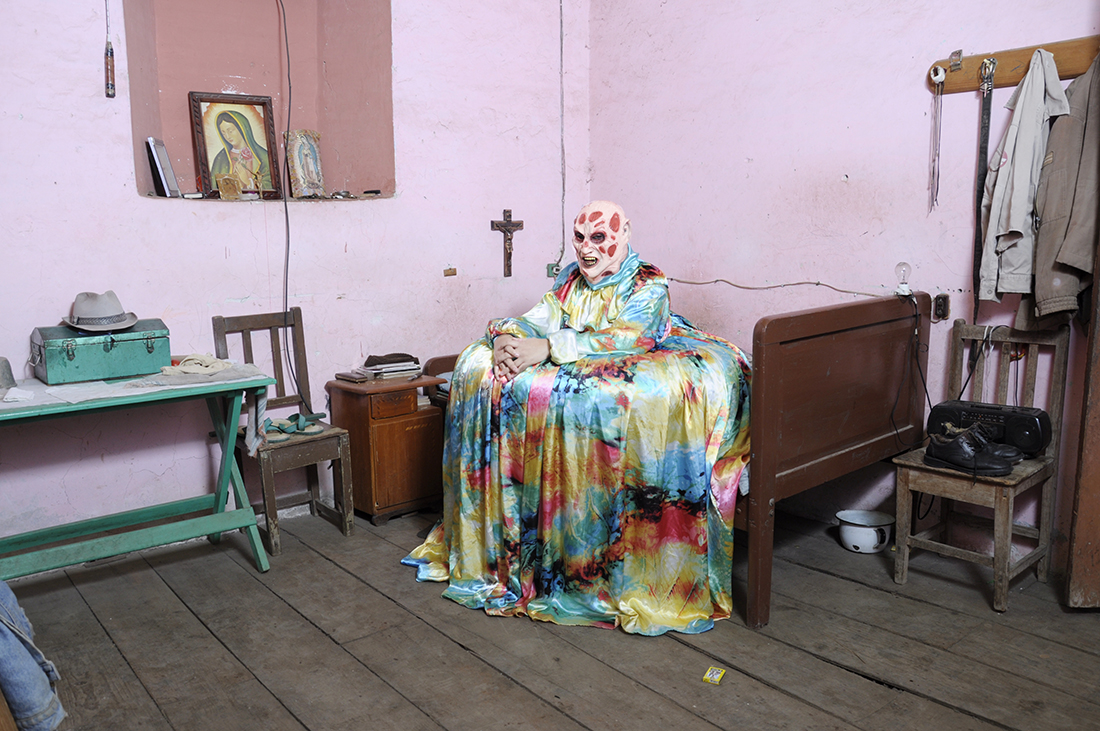 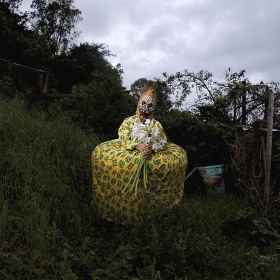 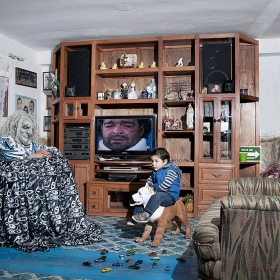 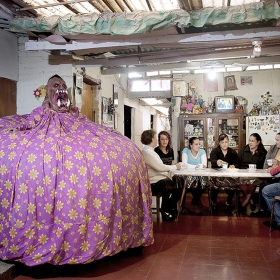 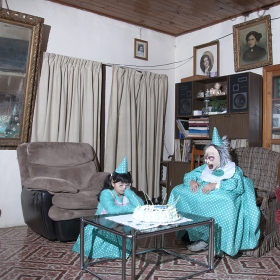 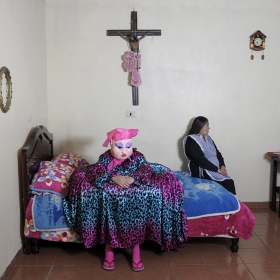 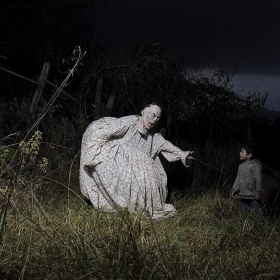 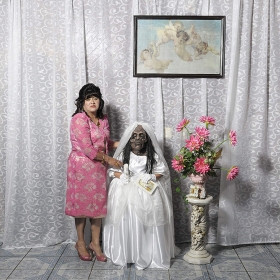 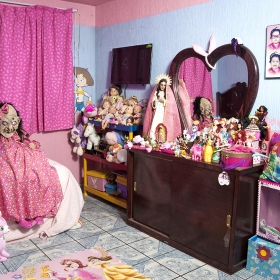 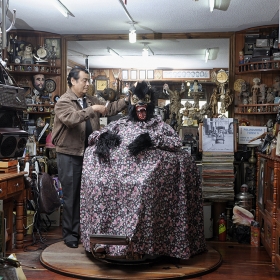 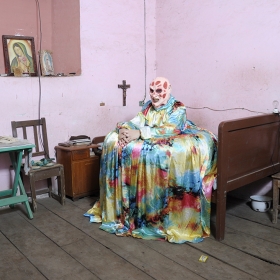 Diego Moreno
Guardians of memory
Share
Support this photographer - share this work on Facebook.
This series originated with “Los Panzudos Mercedarios”, the stout guardians of the neighborhood of La Merced in San Cristóbal de las Casas in Chiapas, México.

The Panzudos represent the sins: the more sins a person has to expiate, the bigger and uglier his attire will be, the better to cure his sins. These figures herald the feast day of Our Lady of La Merced and accompany her, purifying themselves in the process. The announcement is made as the figure of the Virgin Mary passes by, carried on the shoulders of her bearers, with a retinue of Aztecs, Catholics, and Moors mounted on horseback, dressed as Arabs and with their faces painted, representing the Muslims who invaded and occupied Spain between 702 and 1492.

Integrated this ancestral imaginary with the exploration of familiar universe. From a family event where my great aunt dies of an autoimmune disease called 'scleroderma' that deforms her throughout her life, I resort to fantasy and fiction to rebuild her image. I try to investigate the links, the monstrosity, disease and death. I explore the tunnels of representation of domestic space. Fusing it with pre-Hispanic traditions and the apocalyptic visions of the Catholic religión. This work gives new meaning to the intrincate tangle of the concealed and the visible, the individual and the collective subconscious, on the highly complex map of coexisting cultures and beliefs in contemporary Mexico.

About author:
San Cristóbal de las Casas, Chiapas, México. 1992
Since 2012 he has studied photography at the Art Gymnasium Chiapas. Won a scholarship for a Photo Narrative and New Media course at the Pedro Meyer Foundation awarded by the World Press Photo Association of 2014. Graduated of Contemporary Photography Seminar from Center for the Image in 2015 in Mexico. Selected in 2017 by FOAM Amsterdam as young Mexican talent for the exhibition in his museum. Selected by The British journal of photography as one of the emerging photographers to follow in the world as a talent issue 2016, in London England.
It has been creditor to the prize acquisition of the X Biennial 2015 Puebla de los Angeles in Mexico. Also in 2015 she has been granted with the scholarship Jovenes Creadores by the National System of Creators in México Fonca/Conaculta. Mention of honor in the NEXOFOTO 2017 Ibero-American Competition. Finalist within Grand Prix Images Vevey 2017 in Vevey, Suiza, Finalist in the International Photography Award Emergentes dst 2016 in Braga, Portugal. Nominated for the Joop Swart Masterclass of World Press Photo in Amsterdam in 2016 and its Latin American Broadcast in Mexico in 2015. She has participated in solo and group exhibitions in Mexico, Chile,Italy Malaysia, Ámsterdam, Taiwan, London, Spain, US and Brazil.
His work is part of the collection of Contemporary Photography Televisa Foundation as other private collections.