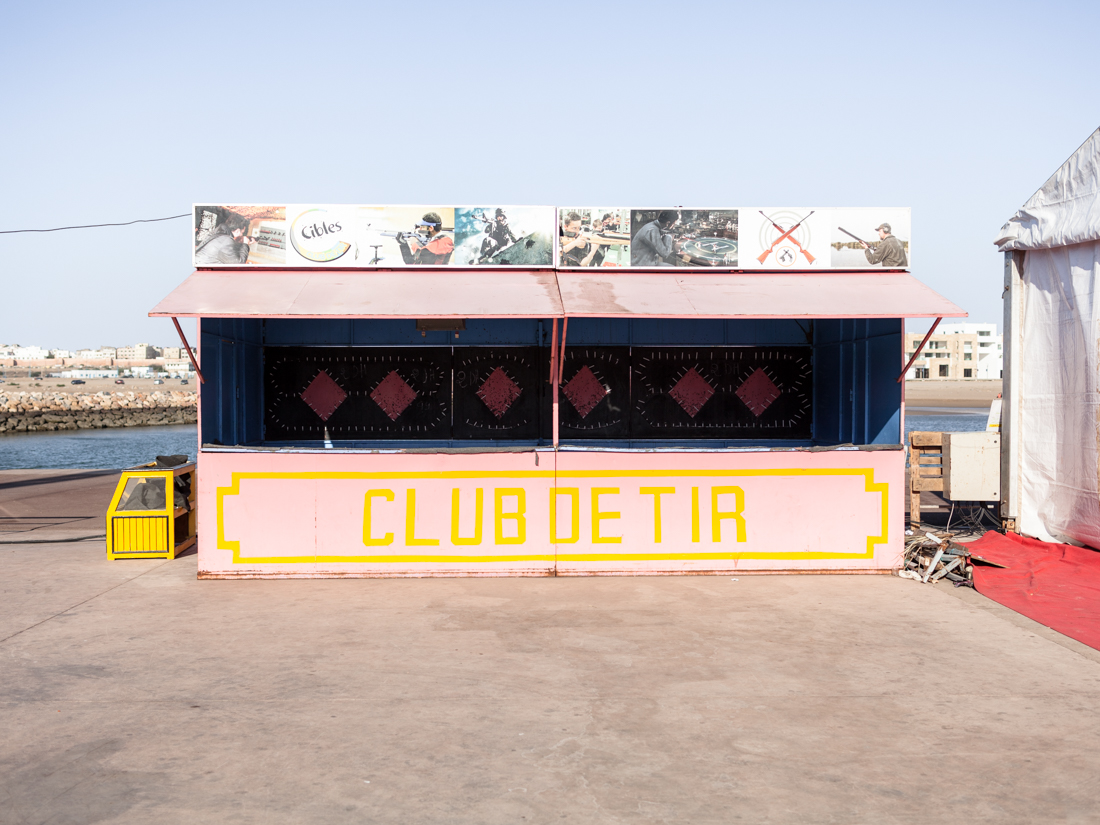 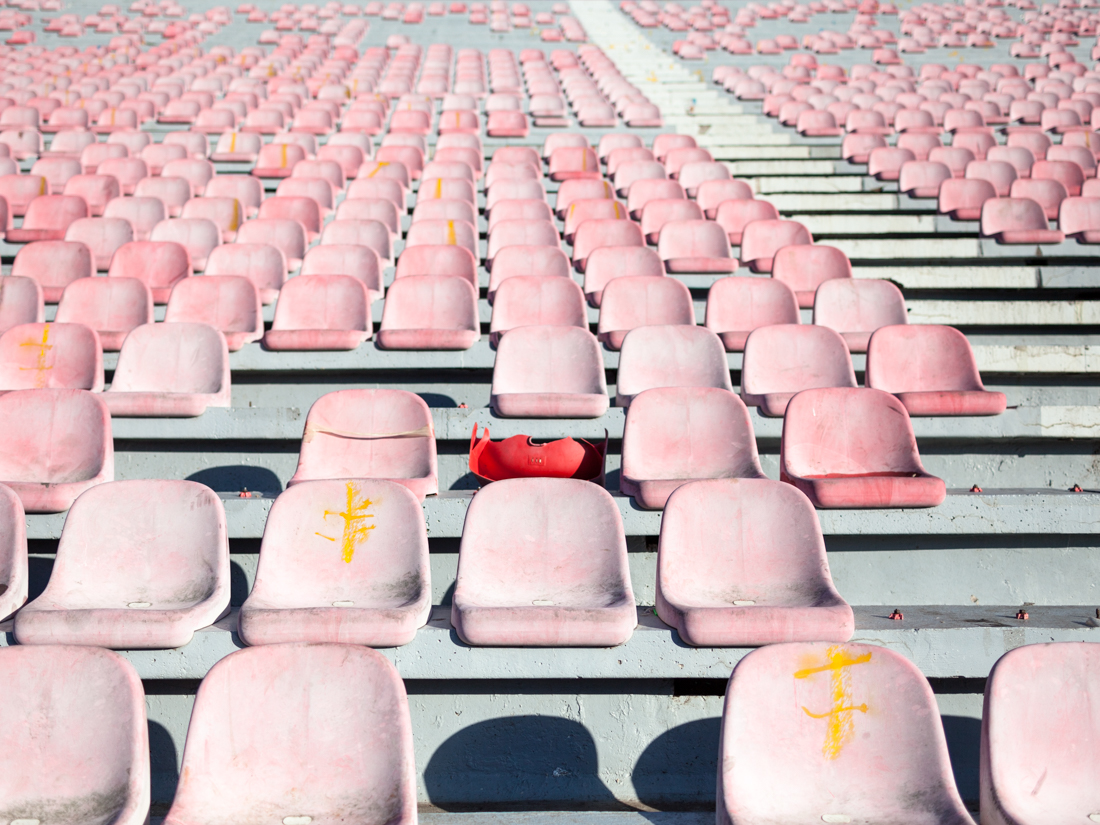 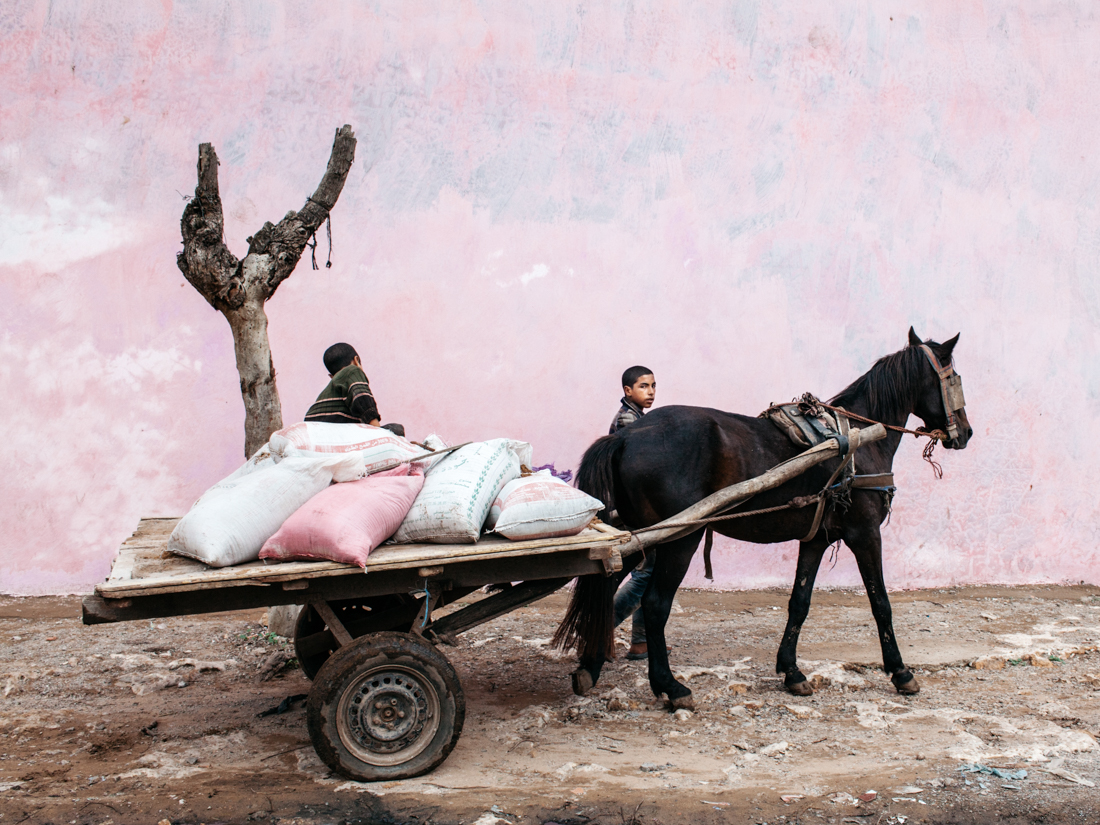 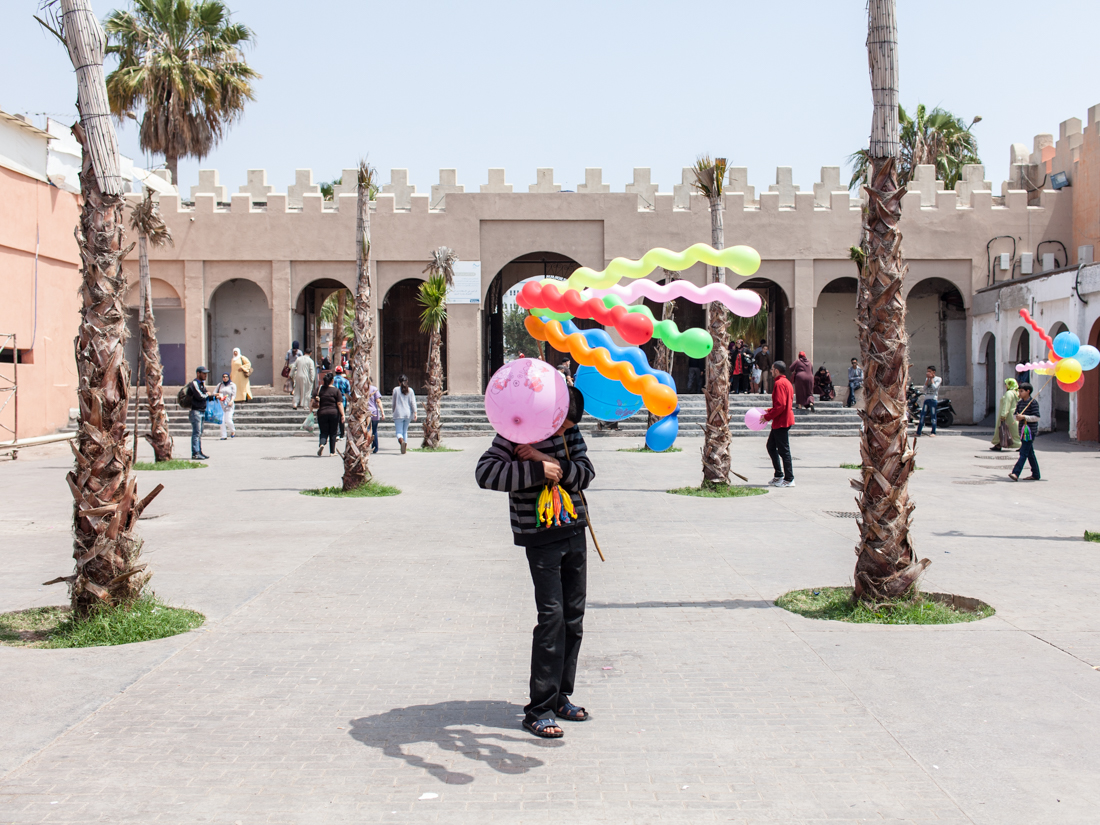 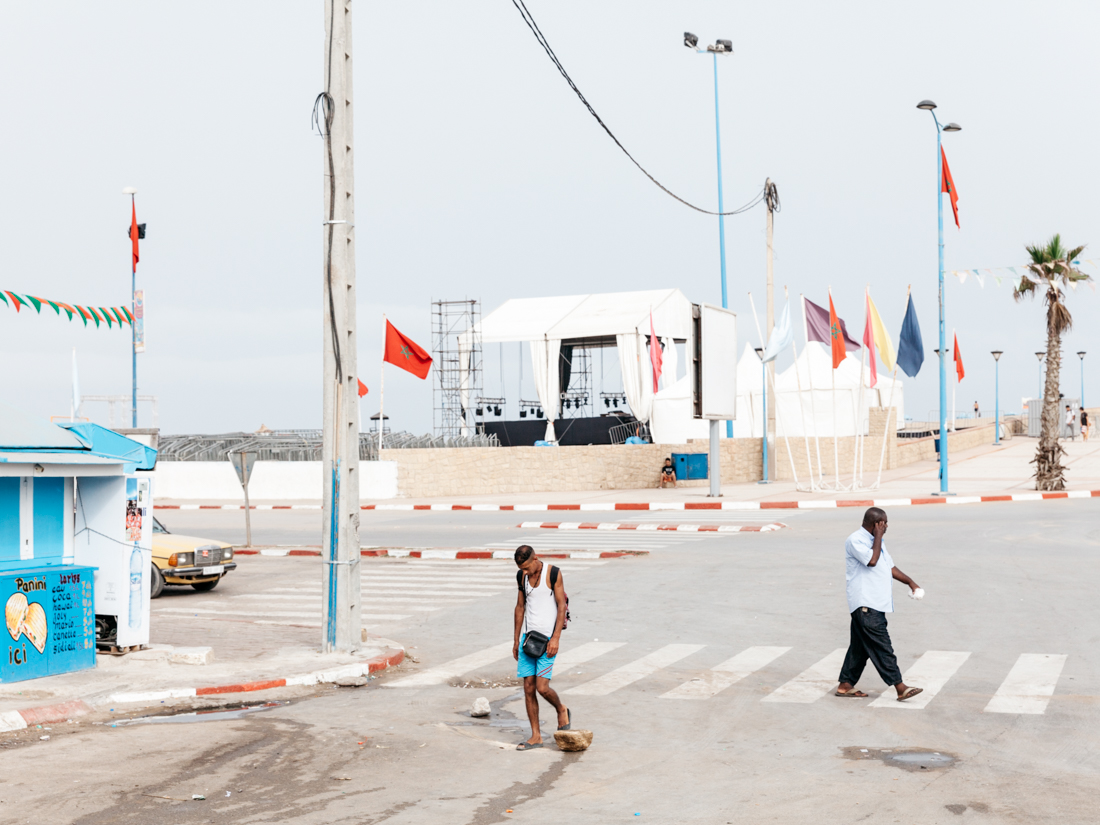 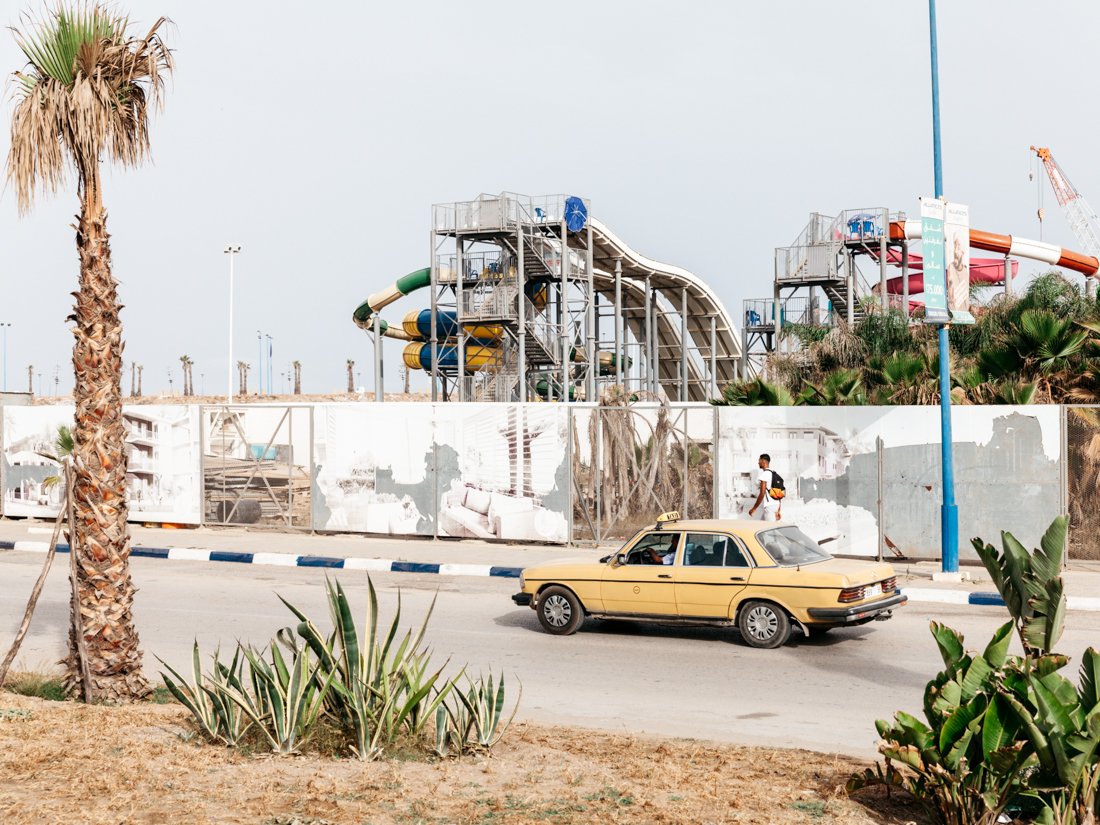 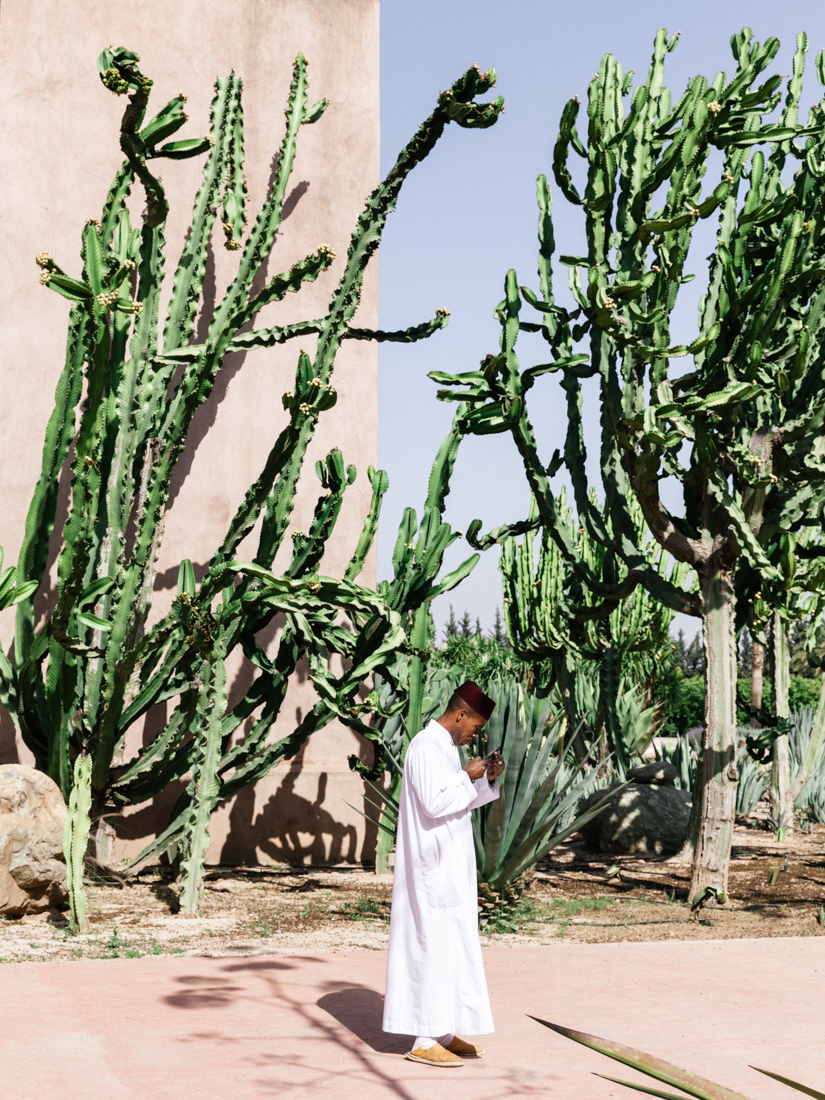 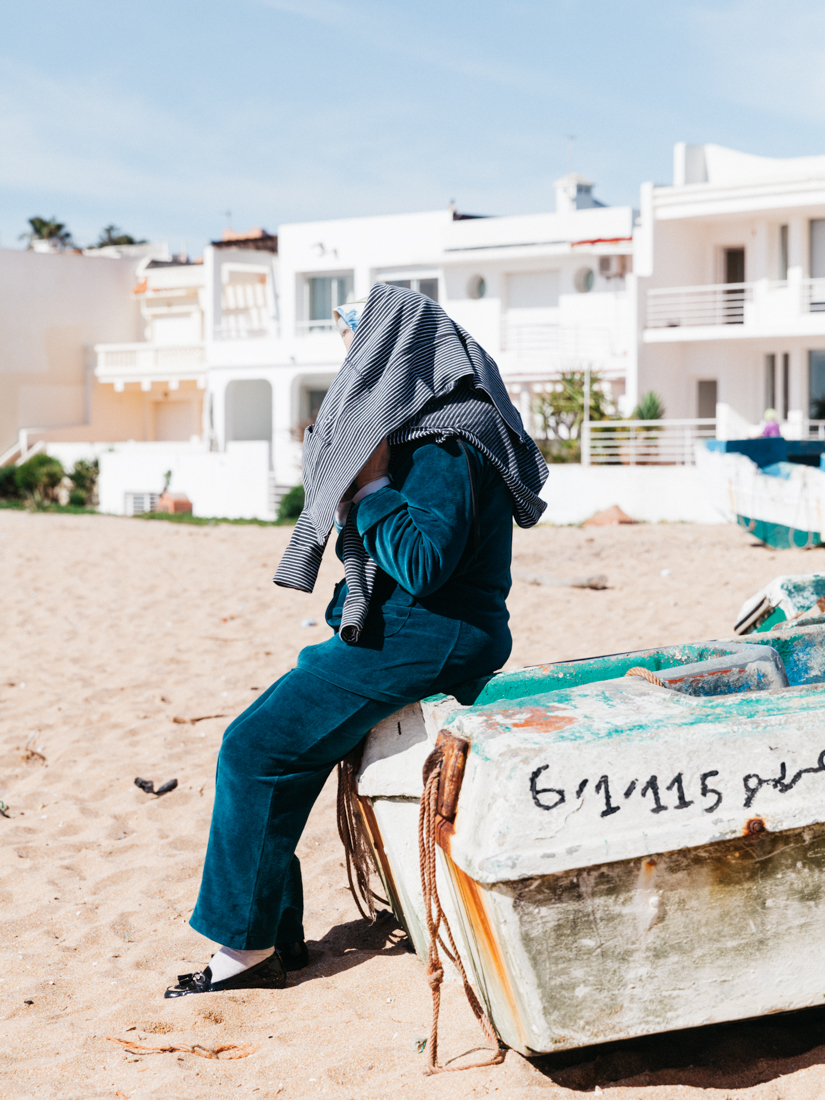 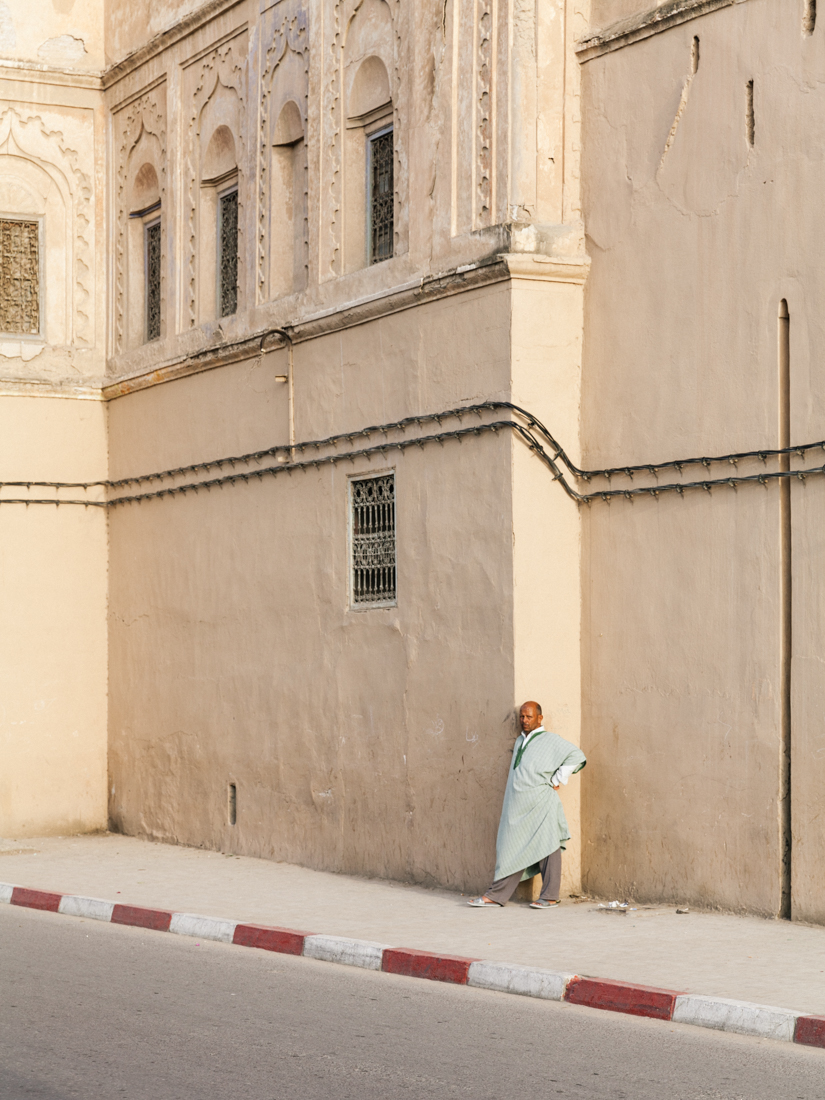 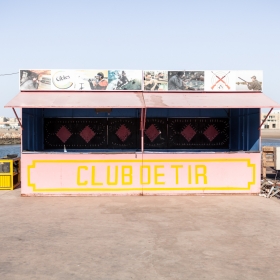 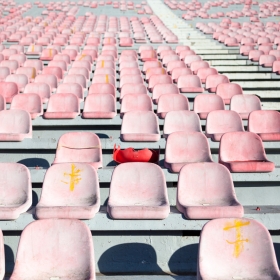 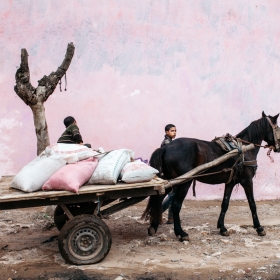 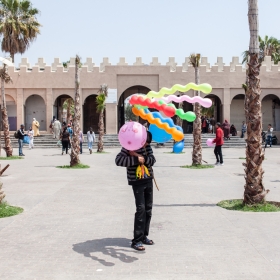 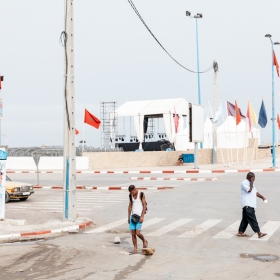 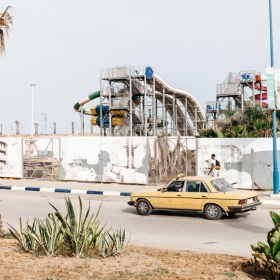 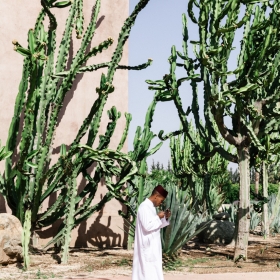 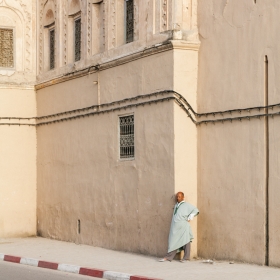 Baptiste de Ville d'Avray
So far away, yet so close - Morocco (2009/2016)
Share
Support this photographer - share this work on Facebook.
SO FAR AWAY, YET SO CLOSE
Morocco (2009-2016)
The project “So far away, yet so close” brings together 7 years of exploration on a real territory, during a
boom in urban development – a place that is resolutely contemporary and yet photographed in a timeless
manner.
Baptiste de Ville d’Avray originally approached Morocco during regular short visits.
He was soon attracted by its unique Atlantic atmosphere and its coastline spanning thousands of
kilometres, between the Algerian and Mauritanian borders. This country became a character in its own
right within Baptiste de Ville d’Avray’s world. He was to revisit and chisel away at this material, honing a
land that springs from his imagination. He thus transforms slices of life and atmospheres into stories with
his camera. The lighting is always soft. The characters are like silent actors, appearing to perform in a set
invented by and for the photographer.
In 2009, he began the series Mediterrannea Saidia, focusing on the “Plan Azur” project, with the scheduled
creation of six seaside resorts. This series features the concrete sprawl over the coastline, through
architecture and landscapes whose residents appear lost. Shortly after the events that shook the Arab
countries, he continued his work on the coast with the series Witnesses on the horizon [A l’horizon les
témoins]. These photographs capture a latent expectation in the air, at once calm yet full of tension,
which can be found in many Mediterranean countries. Facing the sea, the witnesses wander. They pause,
impassive. With their eyes turned to the future, they seem to deny themselves the right to dream.
In 2012, he moved to Morocco and began a contemplative photographic fiction compiled over the course
of his travels and encounters, with So far away, yet so close [L’apparition d’un lointain si proche]. This was
the starting point for playing on the fringes of his practice, by moving away from a more documentary
and serial approach. In each photo, time appears to slow down, with each of the titles reconstituting the
pieces of a puzzle to form a fable.
He later embarked on a nomadic photography project The Coast : another border [Le littoral, une autre
frontière], which follows the Moroccan side of the Mediterranean bypass that was never completed,
originally intended to link up two countries, Algeria and Morocco. In a cinematographic style, the author
reveals the radical transformations of the landscape.
Living between two continents, and flying many times over the Atlantic, he began Postcard from Morocco
in 2016: a kind of visual and imaginary correspondence. In this series, he presents suspended moments
devoid of exoticism.

About author:
Photographer, since 2005. Lives and works between Europe and Africa.
Baptiste de Ville d’Avray’s photography is orientated towards a cinematographic, latent and contemplative vision of the landscape and portraiture. Since 2009, he has been working on a project based on the transformations of Mediterranean landscapes, particularly in Morocco. His images seek to construct mini photographic fictions based
on a real territory that becomes a character in its own right and on anodyne moments from daily life, by flirting with the boundaries of documentary photography and poetry. They express the contradiction between a perpetual movement and the immobility of bodies, thus presenting an X-ray view of the inner workings of a country and its
inhabitants.