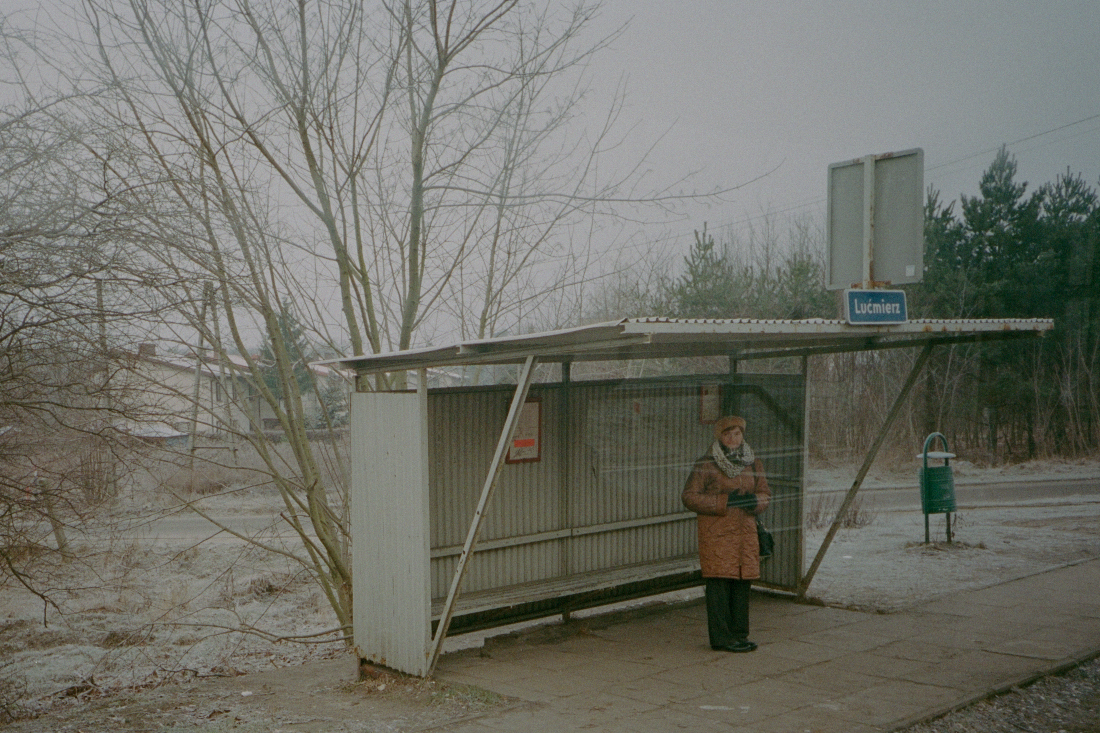 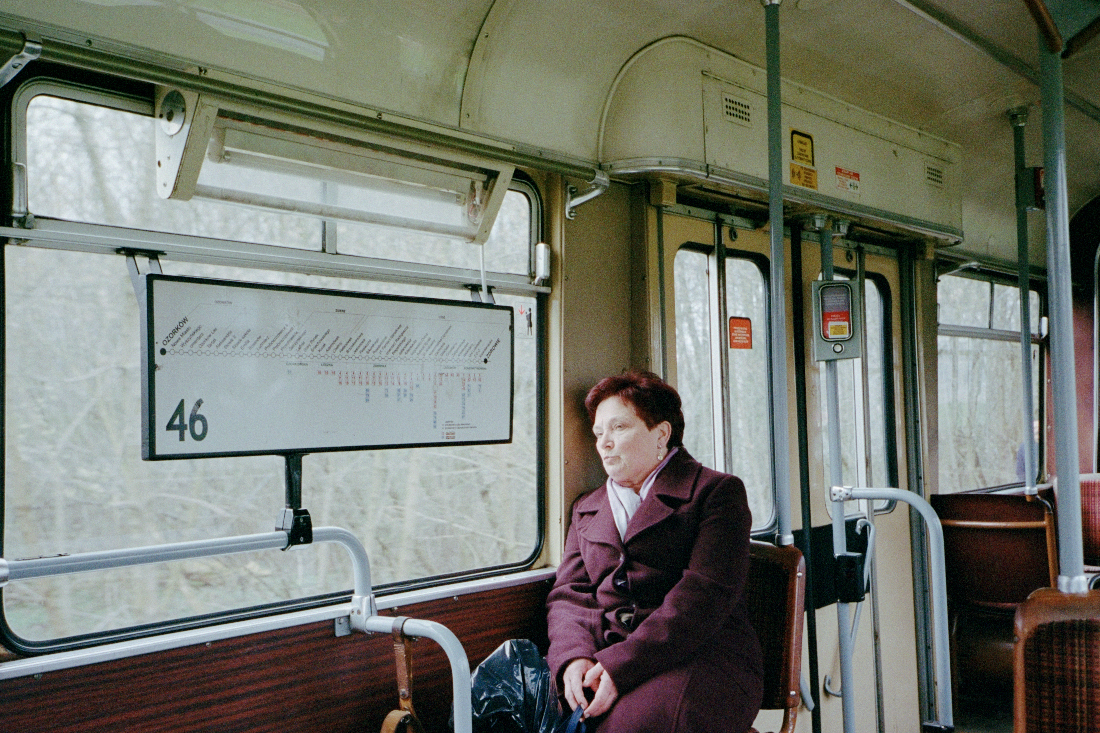 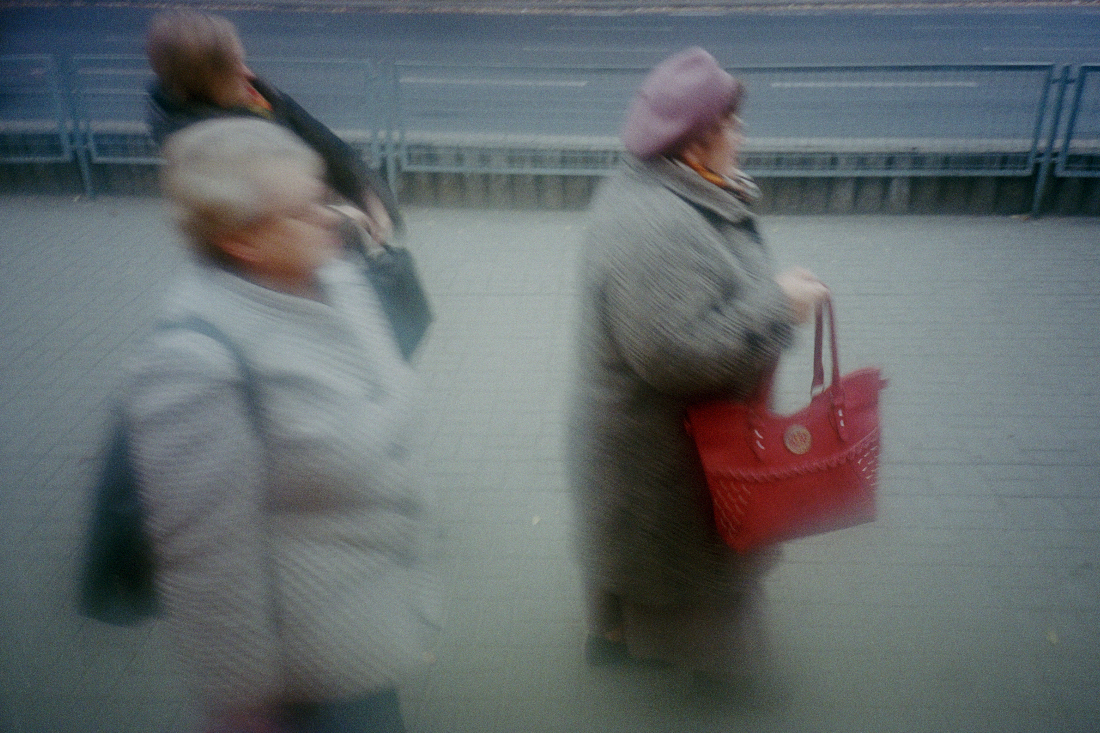 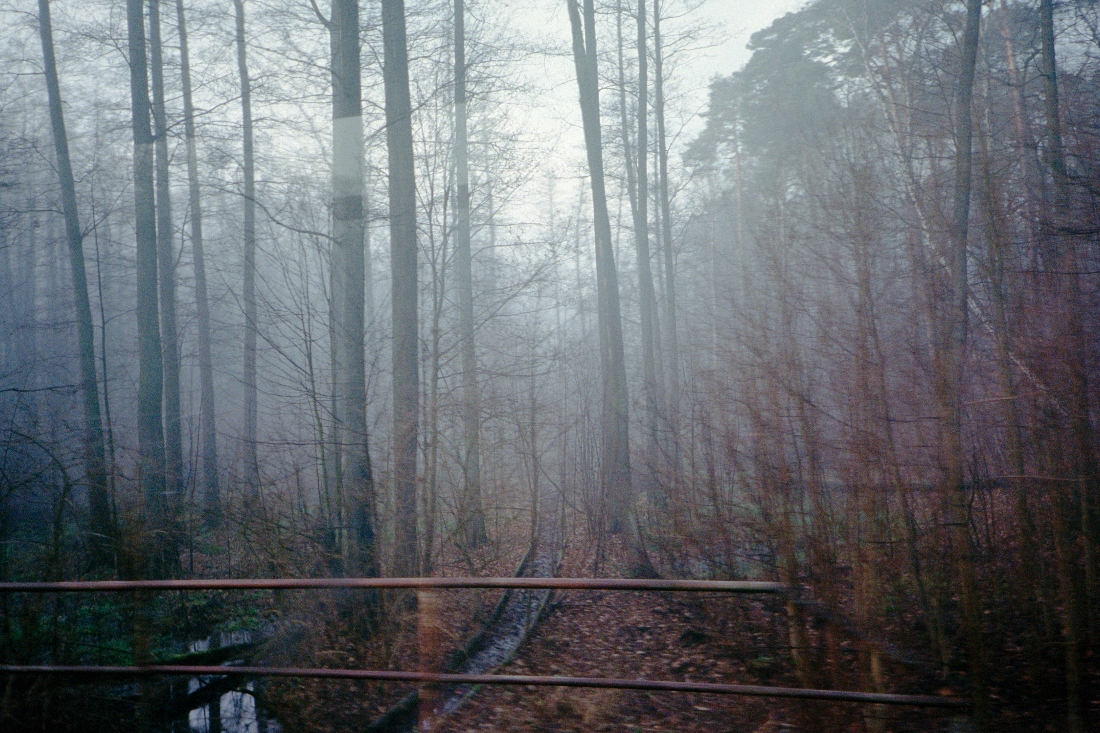 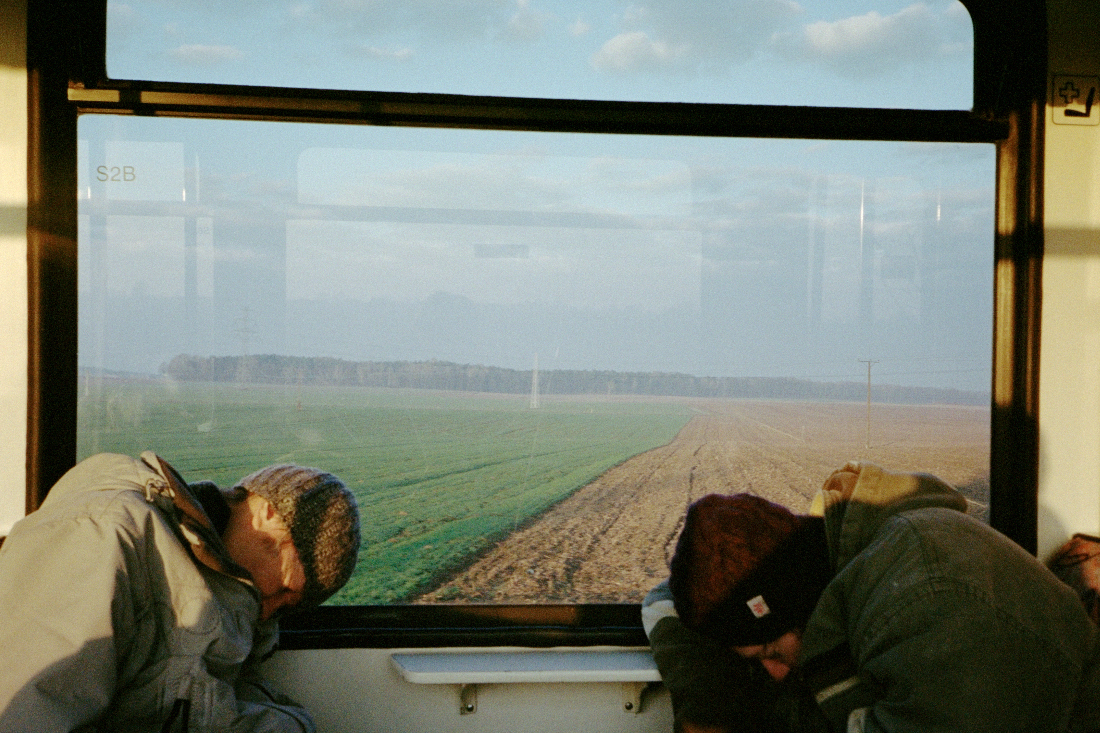 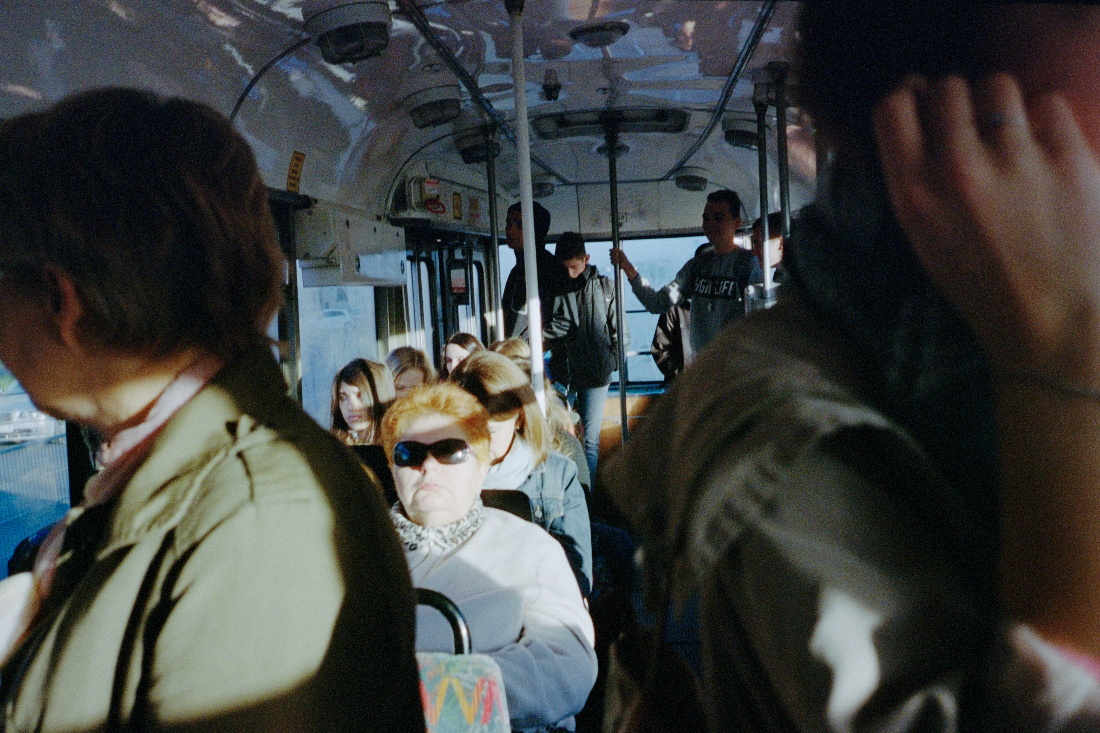 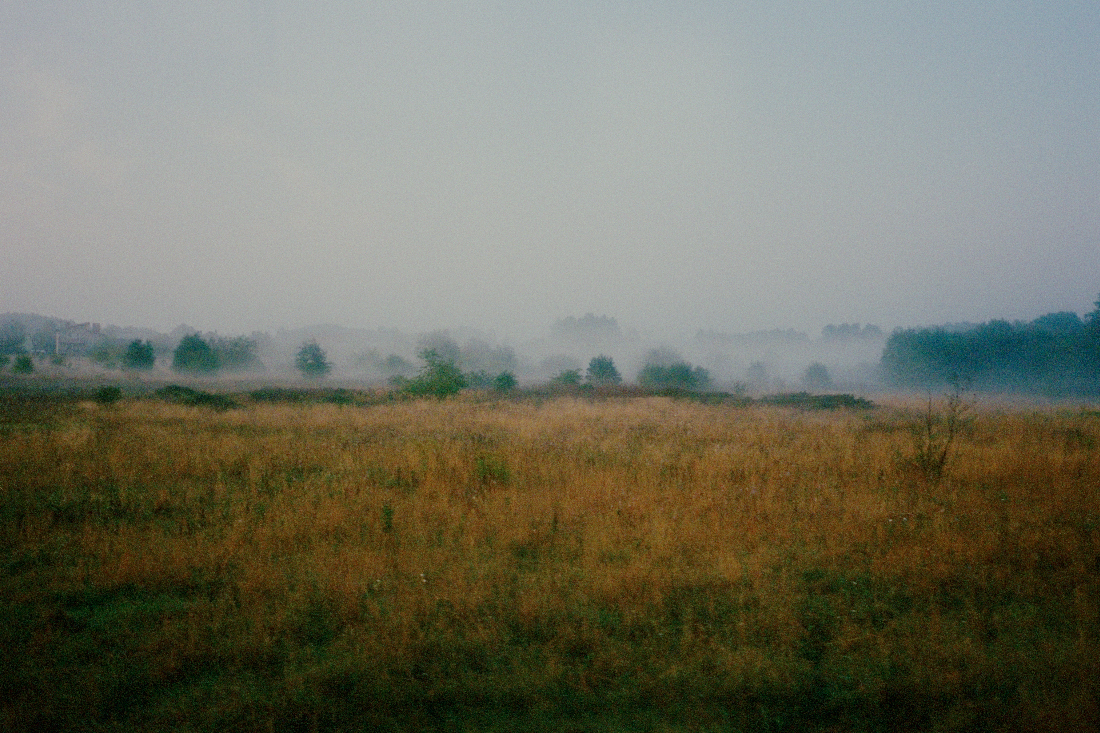 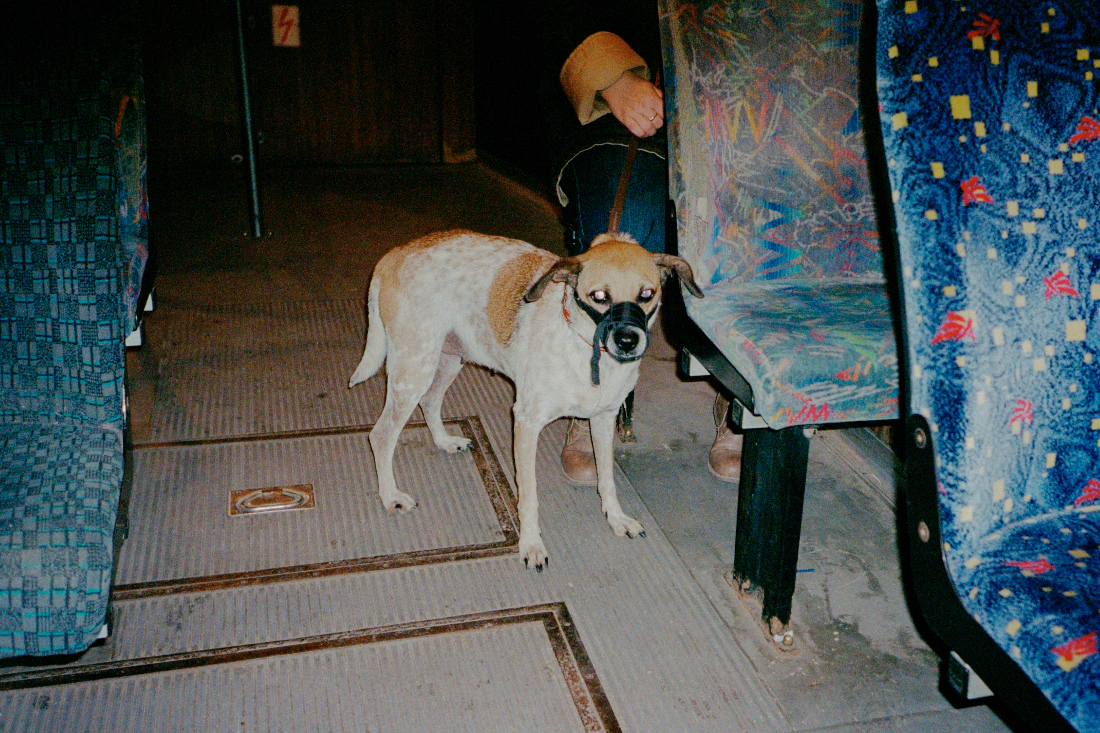 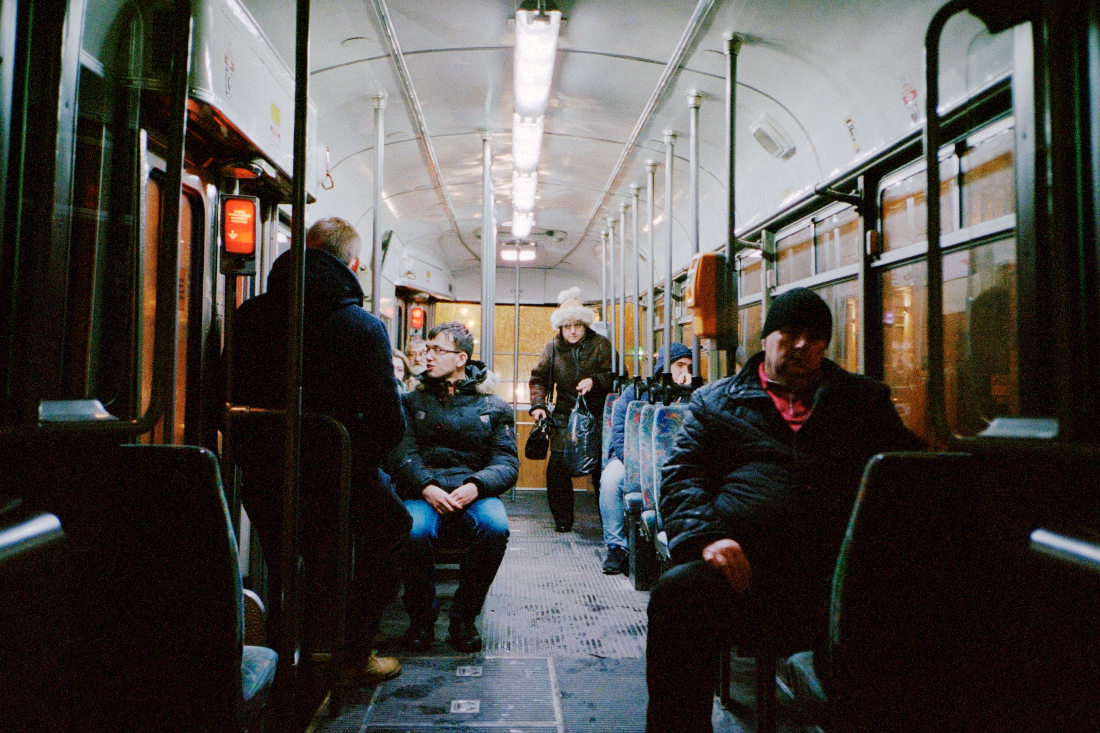 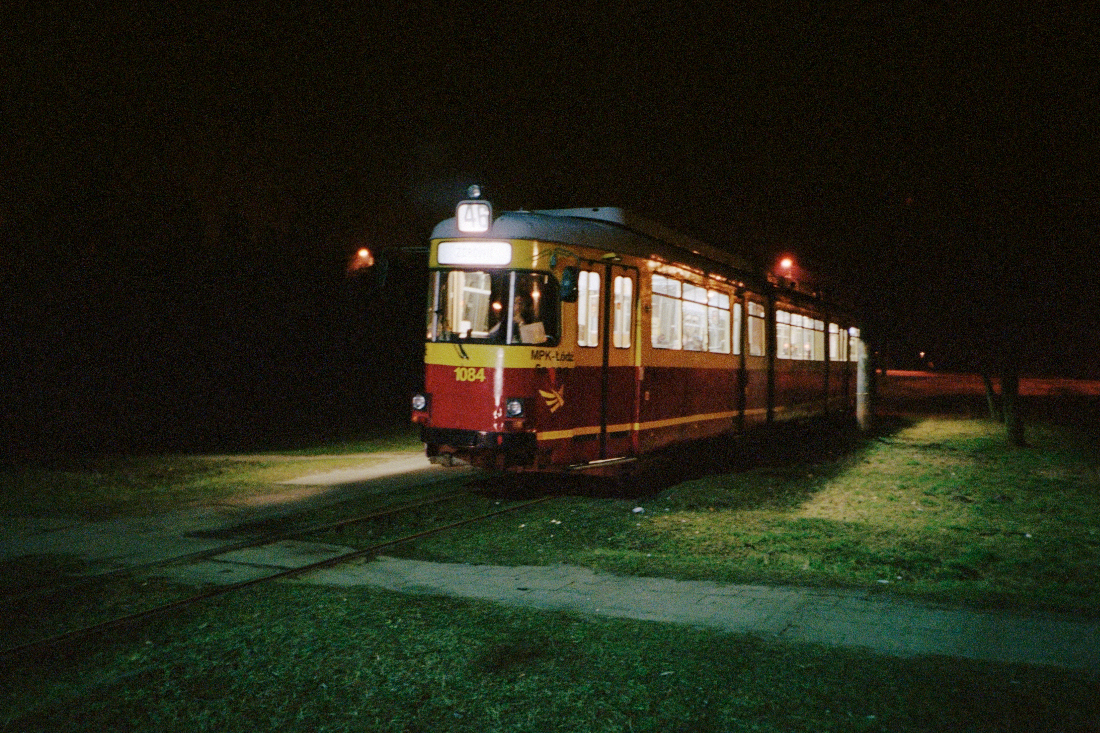 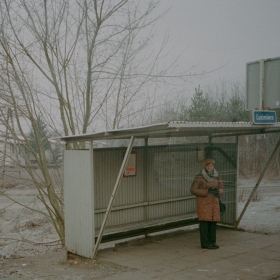 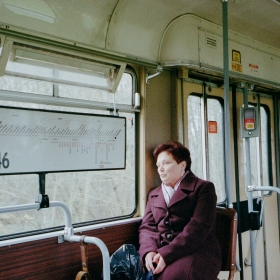 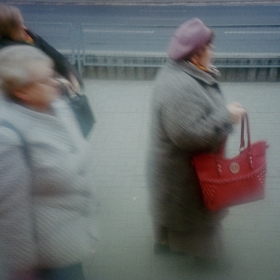 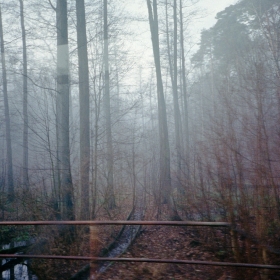 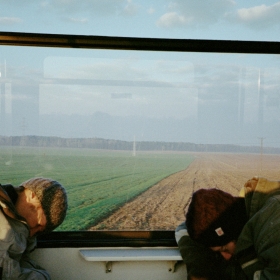 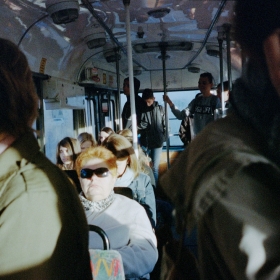 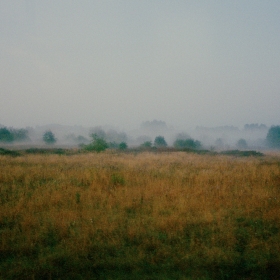 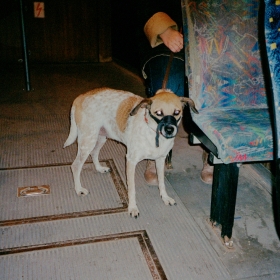 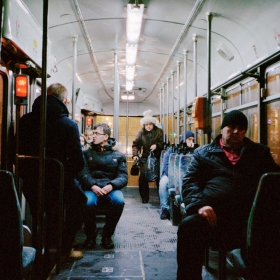 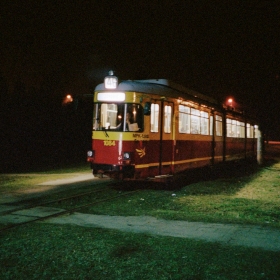 Jacek Fota
46
Share
Support this photographer - share this work on Facebook.
4 March 2015
I went to Łódź to take a ride on the longest tram line in Poland number 46. It connects the city of Łódź with the nearby towns of Zgierz and Ozorków.

It was late in the evening at around 10pm when I was heading back from Ozorków to the final stop in the Zdrowie park where I had parked my car 4 hours earlier. At Włókniarzy Avenue, a few stops before the the end of the line, the tram became empty. The only people left were the driver, some “roughneck type” guy that caught my attention getting on the tram earlier at Legionów street and myself. He sat three rows in front of me, it was freezing and I had a hoodie on listening to my music. At some point the guy turned back to me and started shouting something but I couldn't hear anything because of the music. I just caught “get the fuck off”! I got pretty scared and thought about jumping off at the next stop and walking the rest of the distance on foot.

After a moment he turned back again and said:
Take off your earphones and your hoodie.
And so I did.
Ever been locked up?! Been to a clink, huh?! … There ain't no democracy!, he added.
I sat there in a cold sweat and thought I had three options: to run away, which seemed most reasonable, to ignore the guy, or to get up and sit next to him. I got up, walked forward and sat on a chair across from him. I crossed my legs.
You know how you sit? Like a fag!
I'm comfortable like that, I said.
Do you know what they would do to you if you sat like that in jail? Ever been locked up?
No, I haven't.
Oh, I see you got tatts, but they ain't jail tatts. I got mine at the clink.
He started taking his clothes off to show me his tattoos.
You know what, my wife's a whore, my partners are snitches, there ain't no democracy, he concluded.

For the rest of the ride he told me how long and where he had been locked up, how his partners betrayed him and how it's generally better in jail. He said he got released in December but that life on the outside generally sucks. I didn't even dare to ask what he had been in prison for, but 8 years sounded like something serious. The tram quickly reached its final loop situated on the edge of the Zdrowie park. There was just one street lamp turned on, not a soul around and it was dark as fuck. The tram stopped, we got up, I offered him a cigarette and we were off.

As we lit the cigarettes the tram pulled away and we stayed there alone smoking. I was afraid but I didn't think about escaping anymore.

Do you know where Krzemieniecka street is?, he asked.
Over there, I pointed, although I had no idea.
And you, where you off to?
To my girlfriend’s, I kept on pretending I was a local.
I'll walk with you.
Alright.

We started walking towards my supposed “girlfriend’s” house, but in fact it was in the direction of my car. My new pal, as I guess we became friends by then, continued telling me different stories from jail. I especially remembered his advice:
Remember, if you're ever in a clink, always say you're from Łódź. Everyone respect guys from Łódź, the Silesians, the Varsovians, all of them. Listen to me: always be tough and say you're from Łódź.
I'll remember that.
We stopped two meters from my car (with license plates from Gdańsk) and he kept on telling his stories. I was trying to figure out how to interrupt without offending him, but the idea that I would end up being stabbed was gone and as I felt more confident, I decided to act:
I need to go to my girlfriend, you know how it is.
Yeah I know.
He gave me a “bro” handshake and we said bye walking in the opposite directions moving away from my car. I turned left, hid behind a building and waited until I could only make out his silhouette in the far distance.

It seemed to me that he was just looking for company but didn't know how to strike up a conversation. I certainly will never forget this encounter.

It was then that I decided to start shooting on the 46 tram.

The route of the line changed on April 2nd, 2017 and the beginning stop is now Stoki residential district.

About author:
I am a freelance photographer based in Warsaw, Poland. I graduated with a Masters degree from the department of Park, Recreation and Tourism at the University of Utah, U.S.A.. After graduation in 2008, I returned to Poland and I got involved with photography. My interests lie in documentary photography and I usually works on long-term projects that require time and dedication to the subject matter in order to portray it accurately. I work with the Anzenberger Agency.