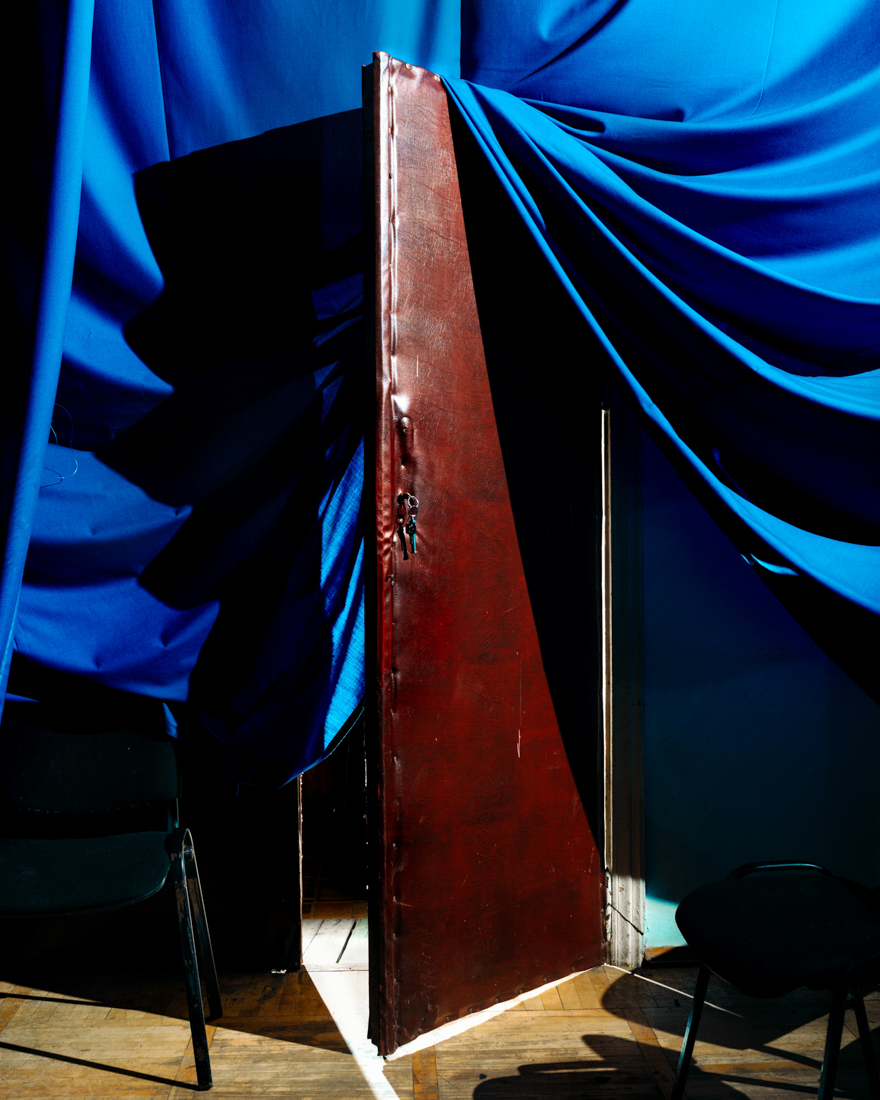 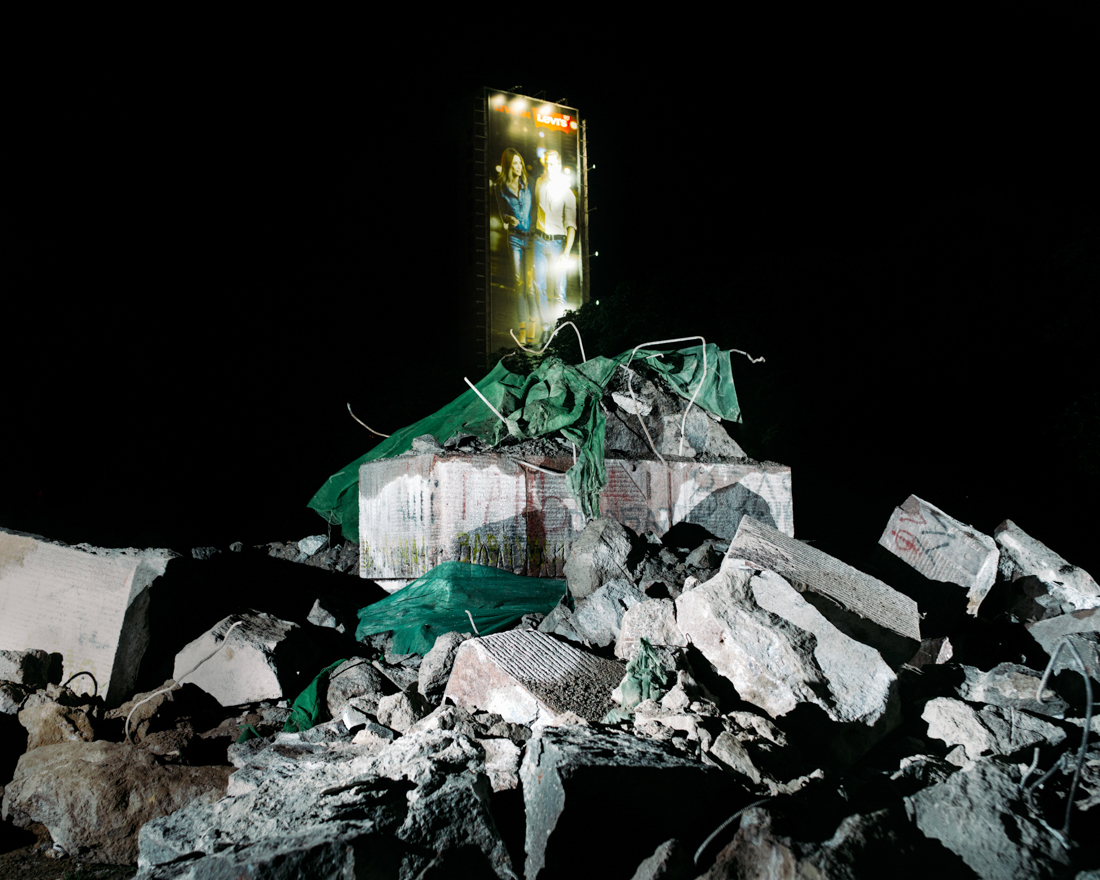 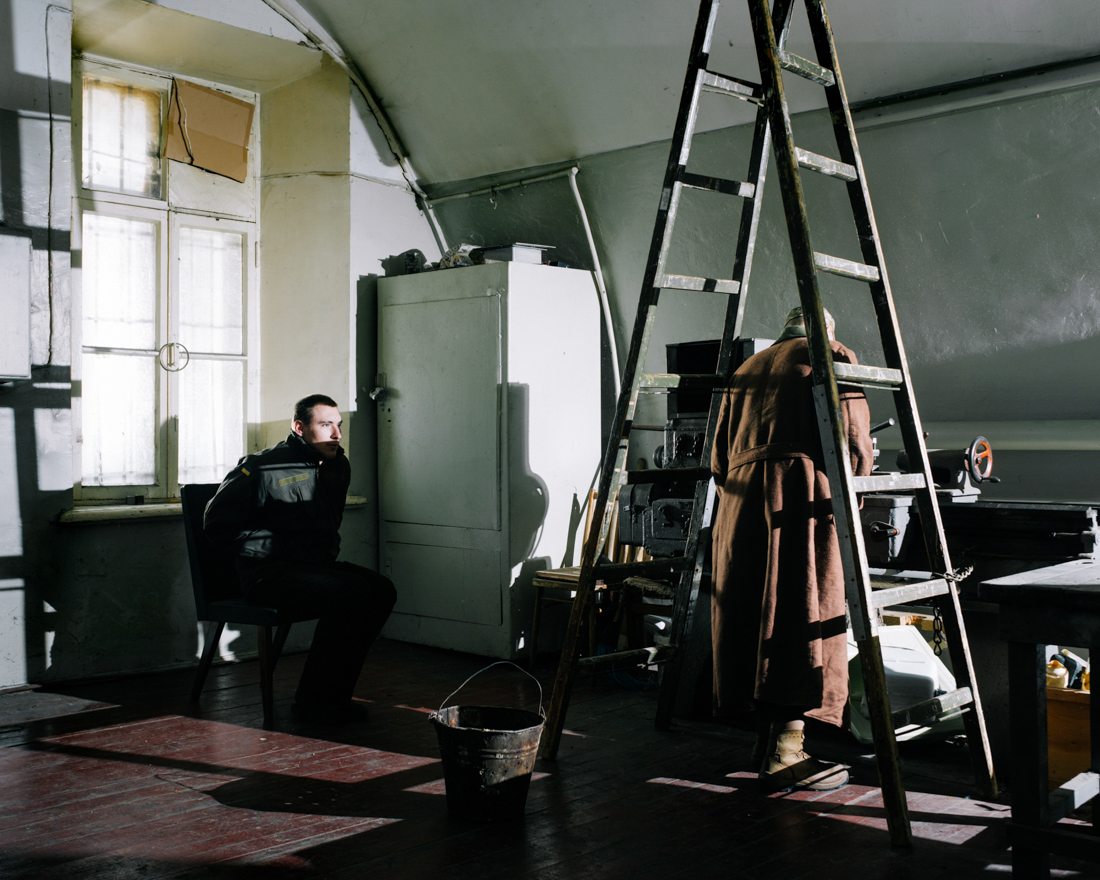 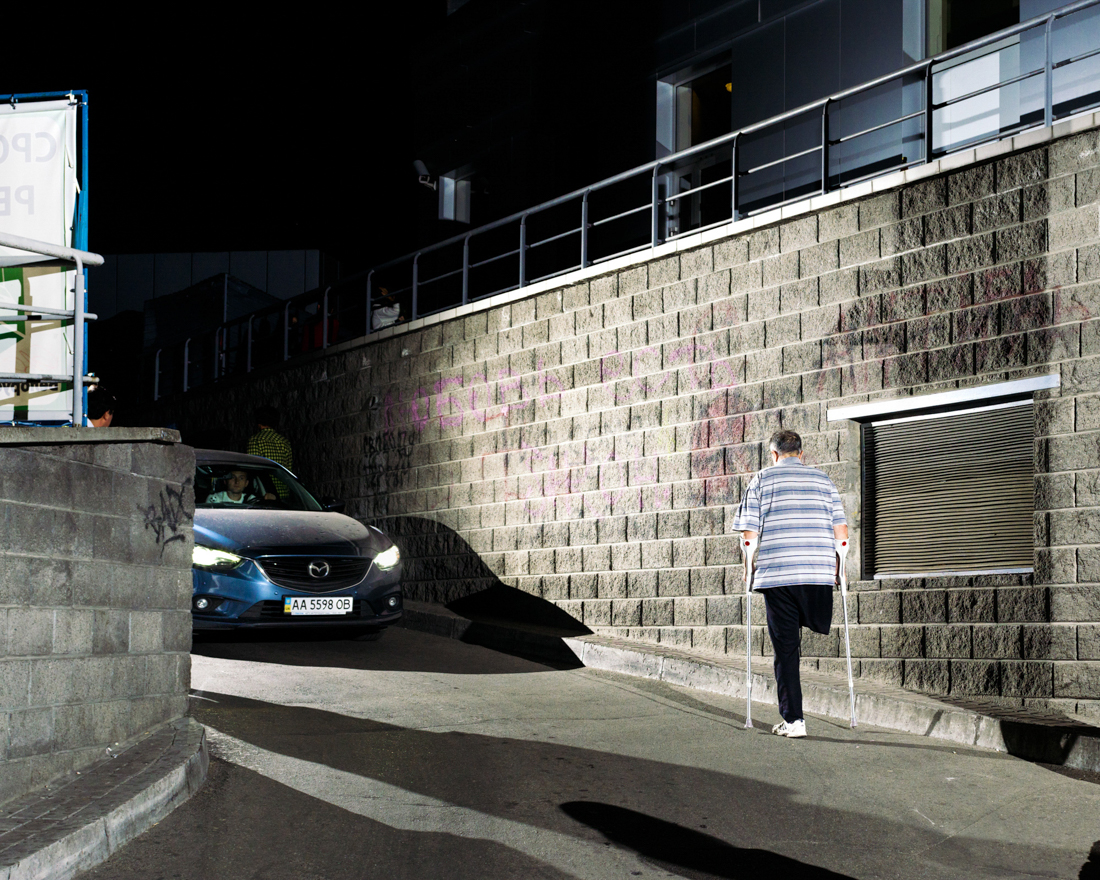 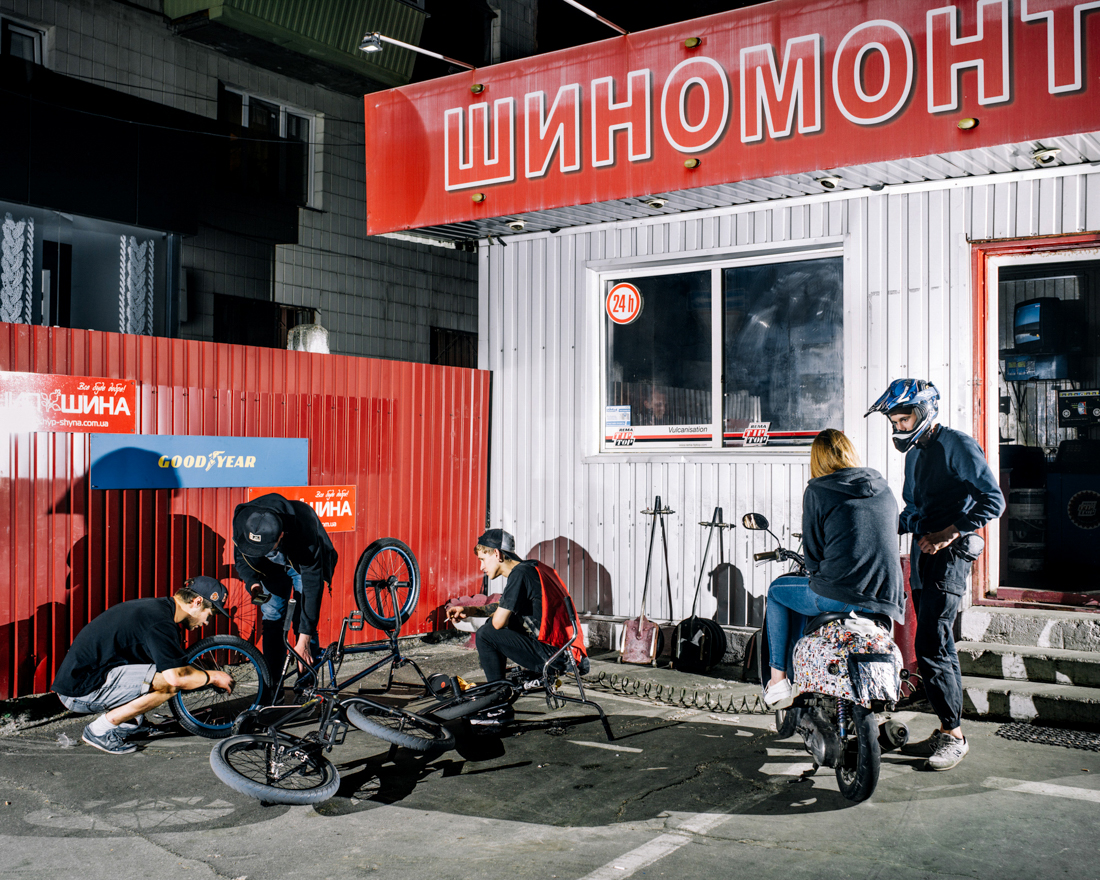 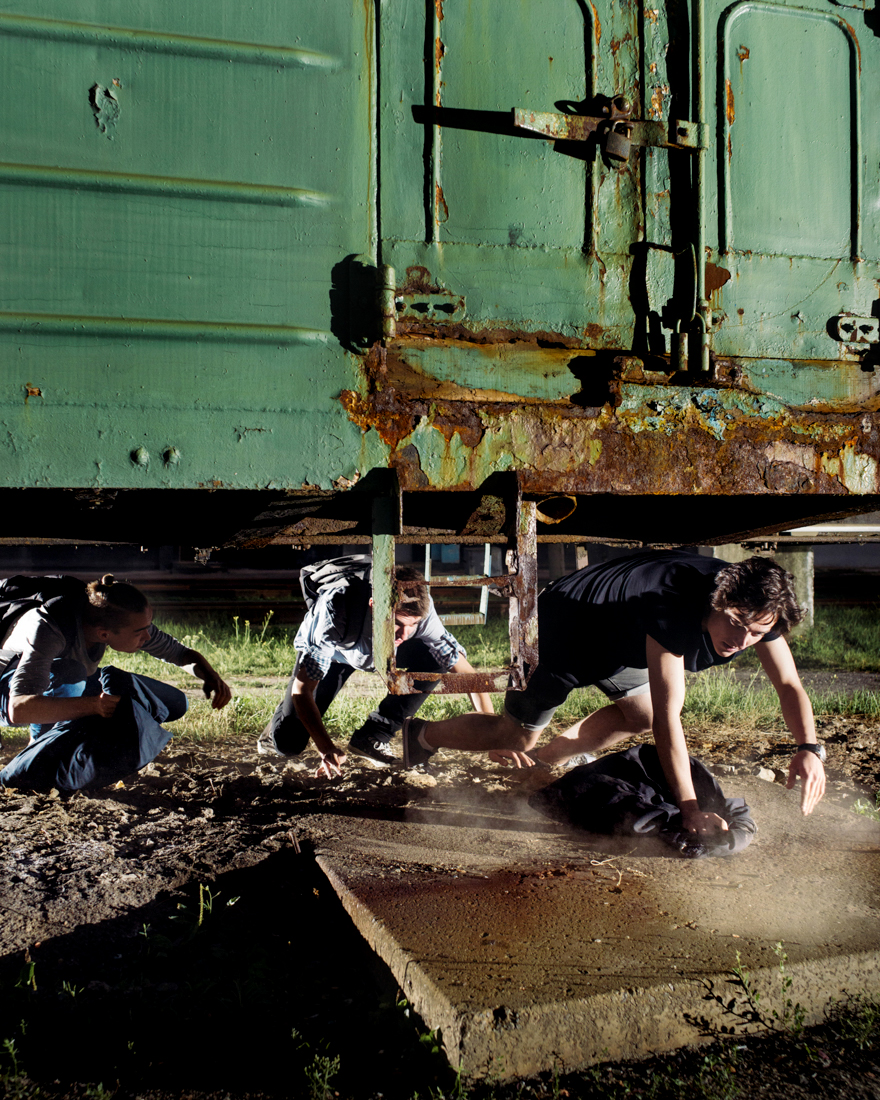 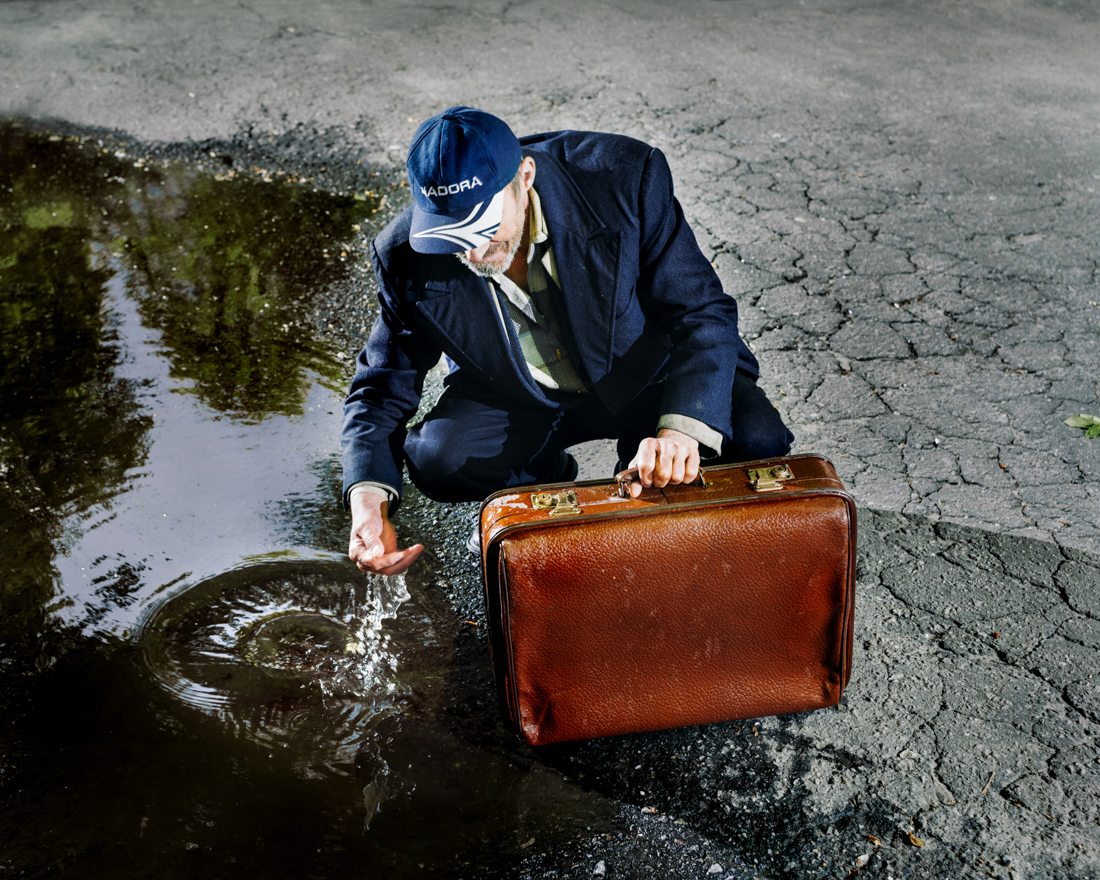 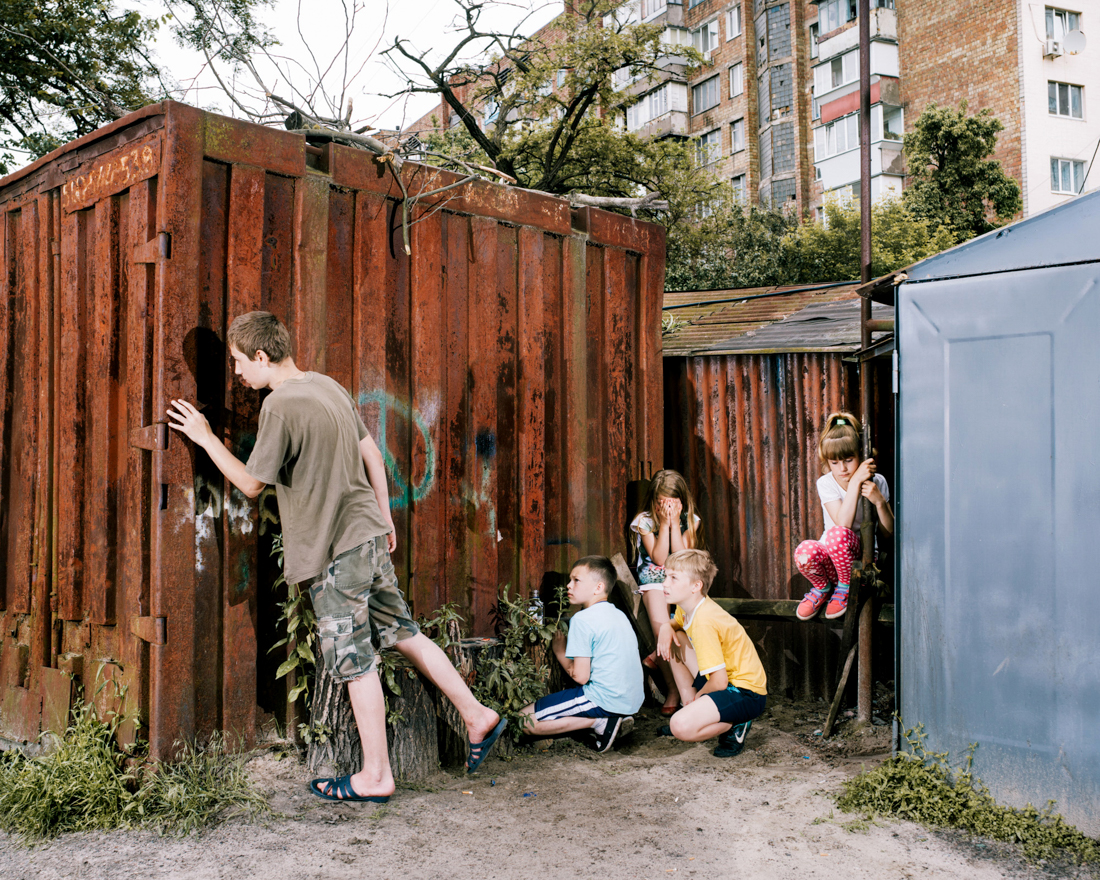 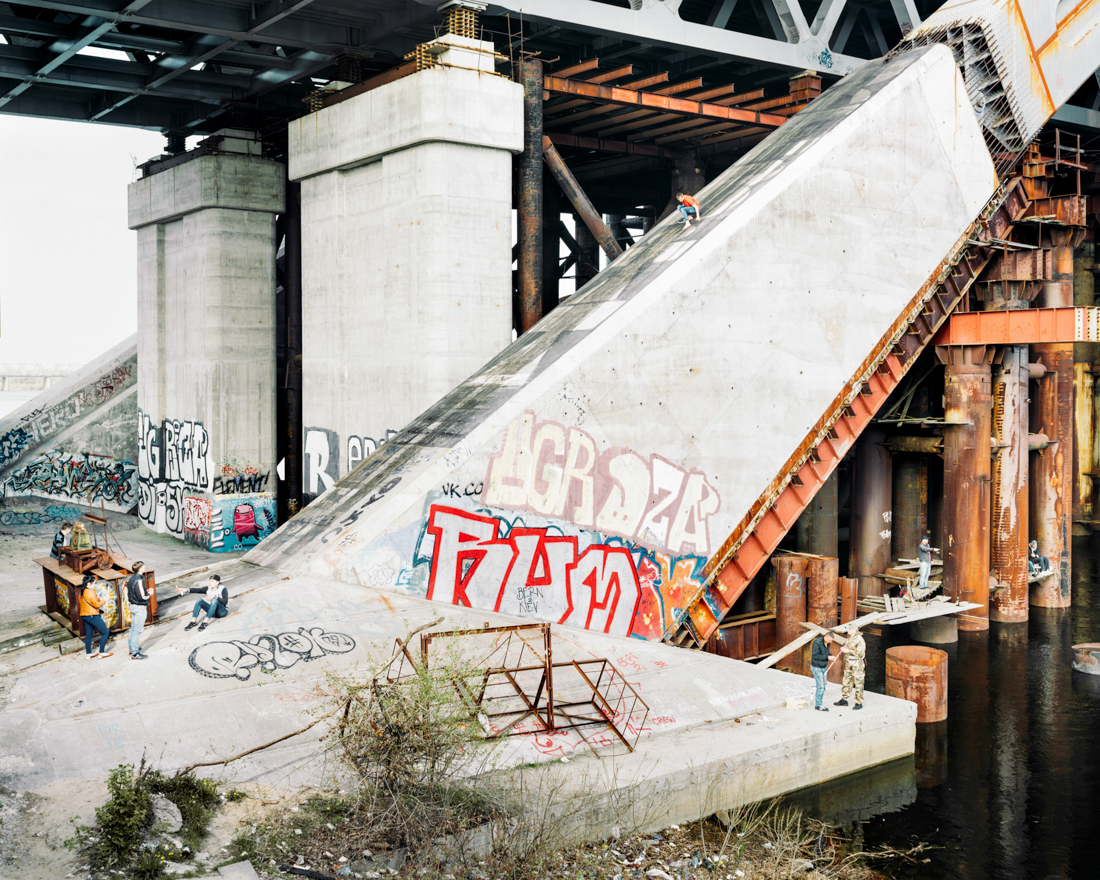 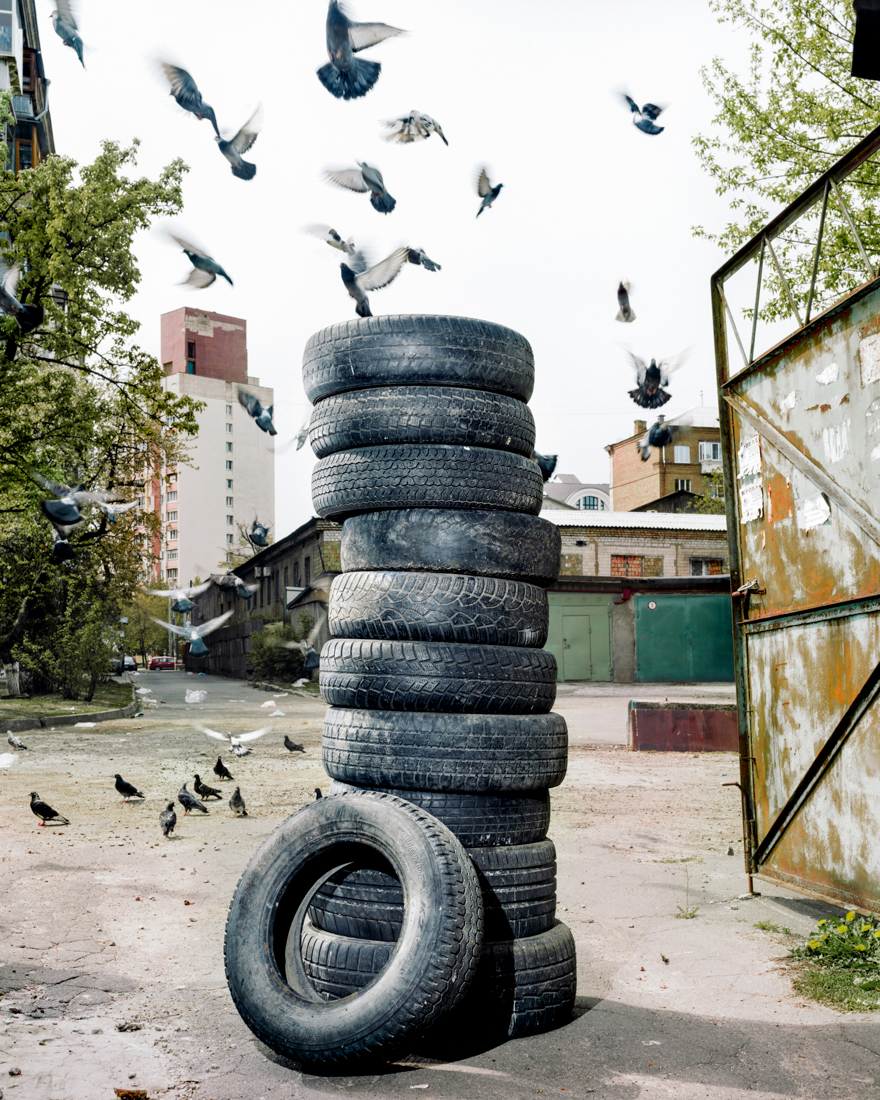 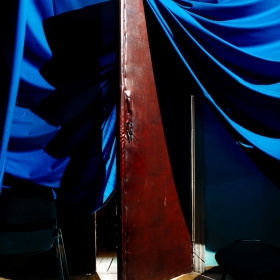 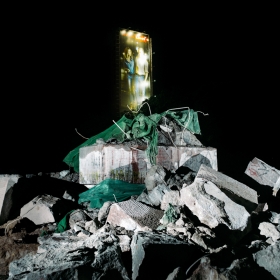 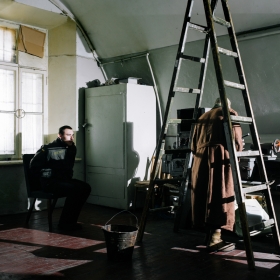 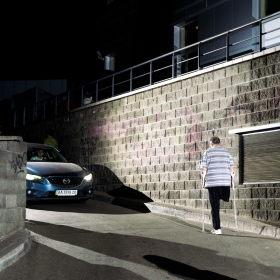 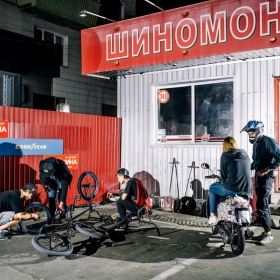 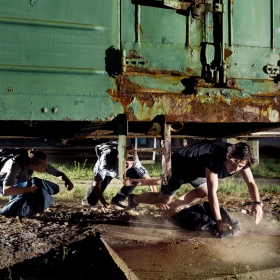 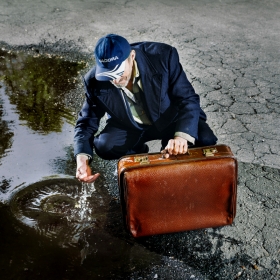 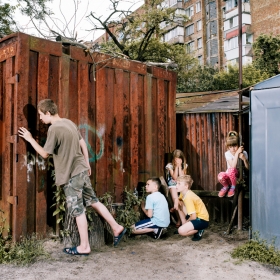 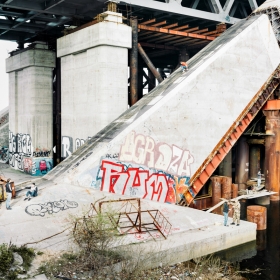 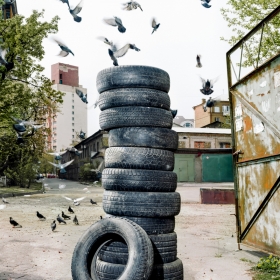 David Denil
Let Us Not Fall Asleep While Walking (2017)
Share
Support this photographer - share this work on Facebook.
In 1991, Ukraine gained its independence from the Soviet Union in the aftermath of its dissolution at the end of the Cold War. Following independence, Ukraine declared itself a neutral state. In 2013, protests against the government of President Yanukovych broke out in downtown Kiev after the government made the decision to suspend the Ukraine-European Union Association Agreement and seek closer economic ties with Russia. This began a several-months-long wave of demonstrations and protests known as the Euromaidan, which later escalated into the 2014 Ukrainian revolution that ultimately resulted in the overthrowing of Yanukovych and the establishment of a new government. These events precipitated the annexation of Crimea by Russia in March 2014, and the War in Donbass in since March 2014.

‘Let Us Not Fall Asleep While Walking’ depicts the psychological state of this Ukraine looking at its future while haunted by its past and memory. The images are metaphorical representations from the everyday life encountered where time seems frozen but dreams of hope still linger.

The serie contains 155 images in total. In collaboration with Swiss artist Melina Wilson and Werkplaats Typografie I am working on the final book design. The publication of the book is scheduled for December 2017.


AWARDS and PUBLICATIONS (Let Us Not Fall Asleep While Walking)

About author:
With a background in engineering David Denil’s photographical interest started in 2014 by seeing Jacob Riis’s ‘How the Other Half Lives’. Fascinated by the excessive presence of light, the striking compositions and shadows encapsulating daily life in combination with the strategical use of the medium challenged David to explore contemporary subject matter.

Within his first project David Denil started to translate the psychological dimensions of Ukraine as a collision between past, present and future. Mentored by the Magnum photographer Carl De Keyzer, he chose to not show the war in the east, but to focus on the aspects of life presented to him in Kiev. His work functions as an extension on the documenteral approach and tends to reveal universal questions that go beyond actual fact or context.

Together with Swiss artist Melina Wilson and British Ukrainian researcher and cultural manager Myroslava Hartmond, he is now working on the graphical layout and textual content of the book. Approximately 150 images will be interconnected with found footage, texts and subject related archive materials. The publishing of the book is planned early 2018.

At the moment he is working on a project in the US on the black community in Missouri inspired on archival materials found in the national archive of the Afro-American struggles while preparing 2 new projects in Oceania that he will start in 2018.