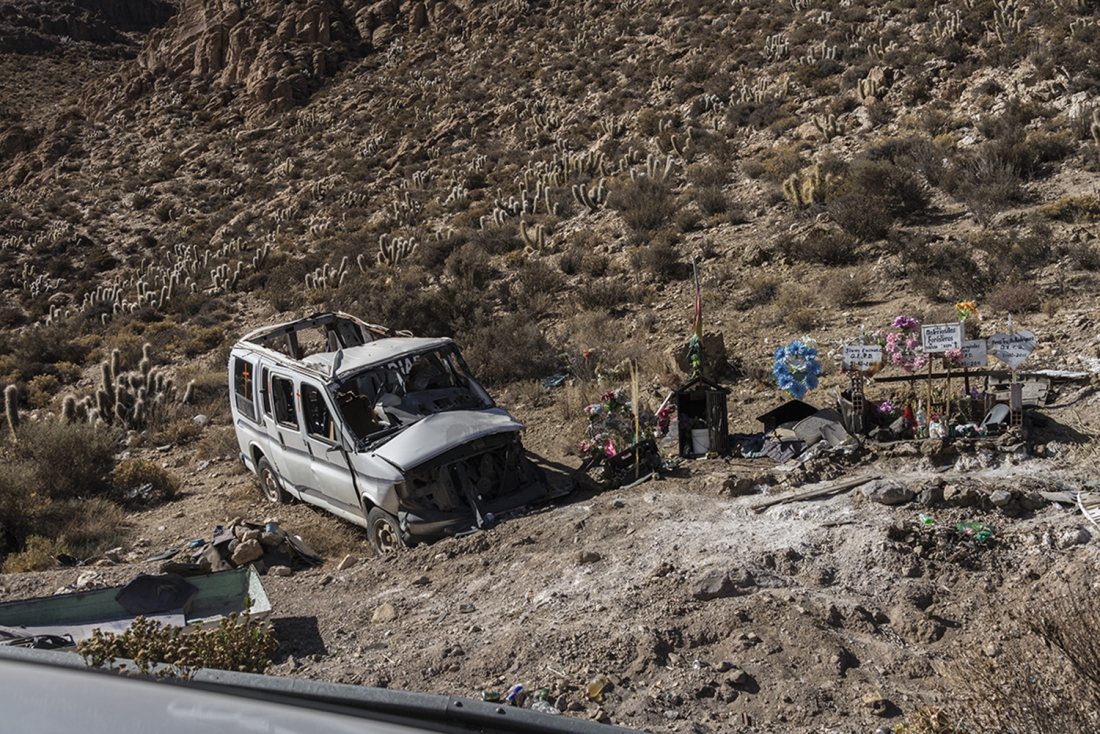 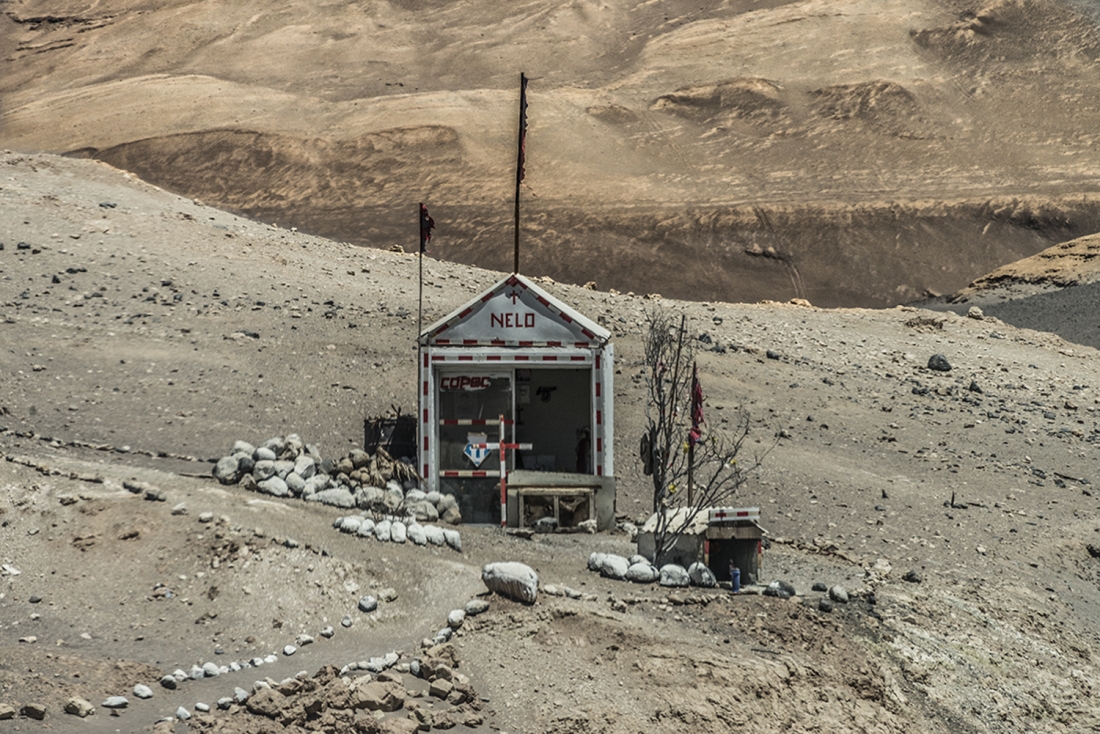 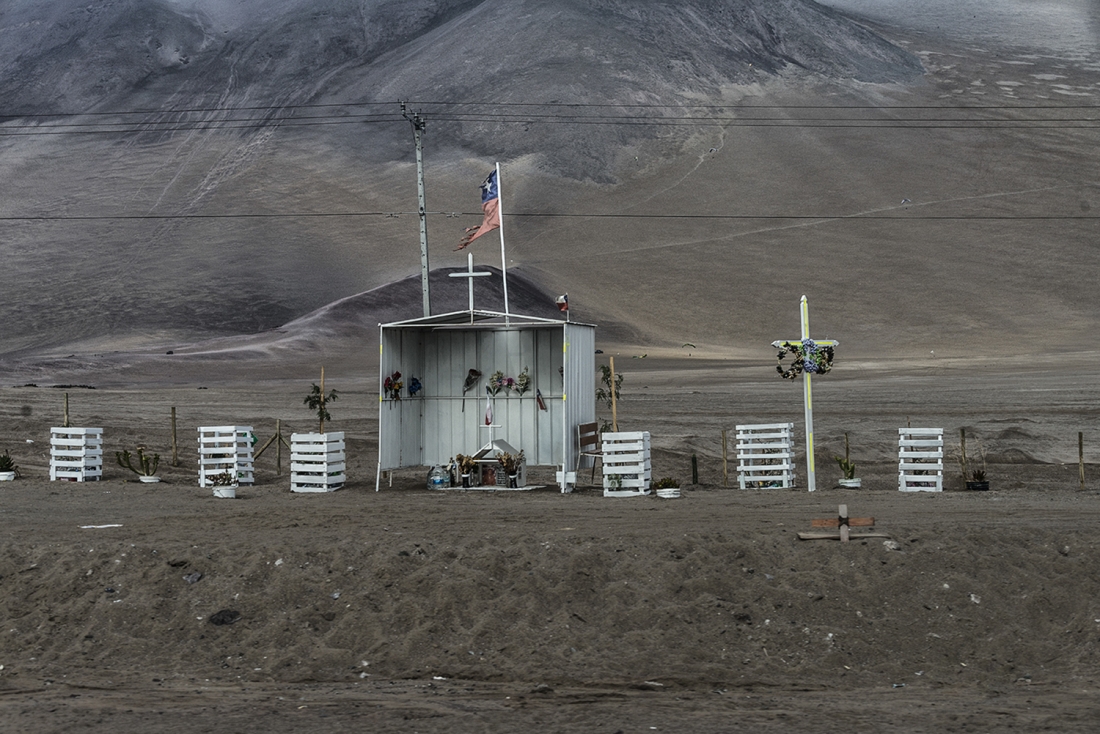 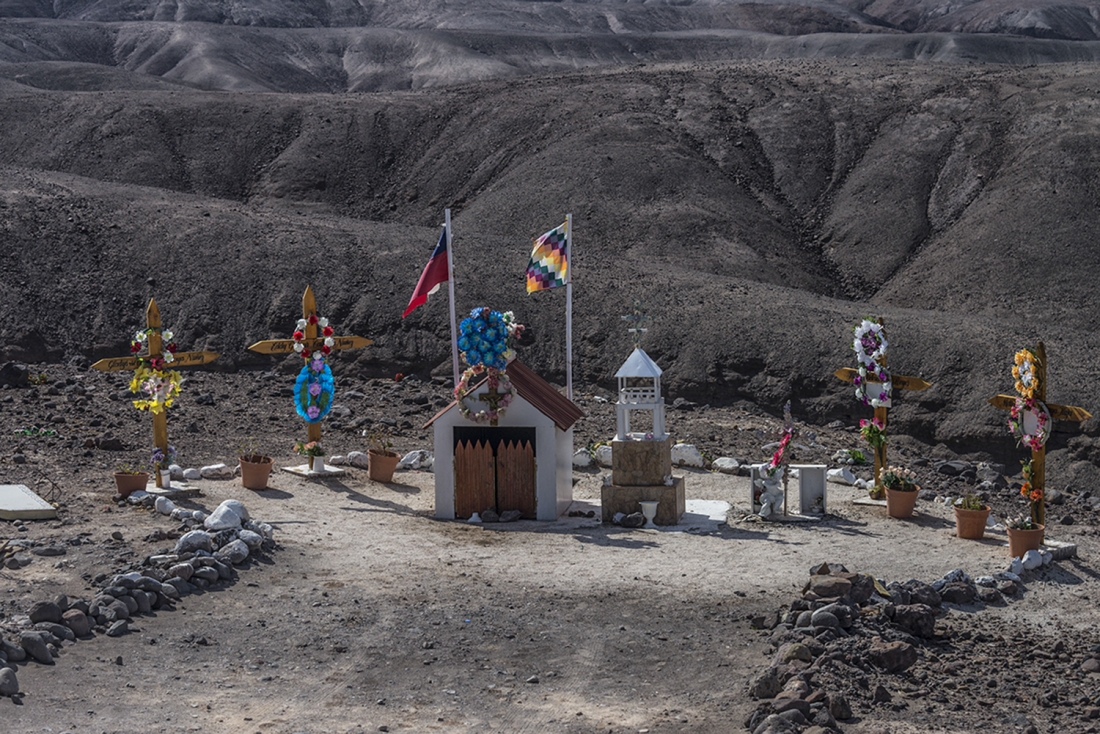 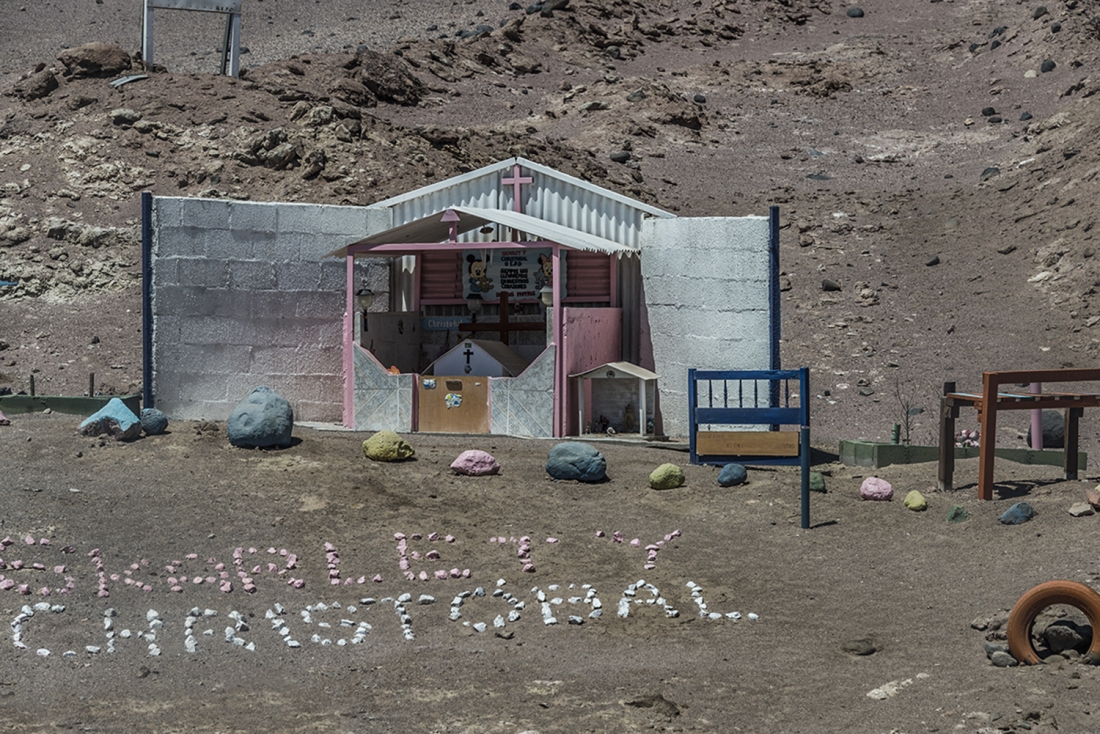 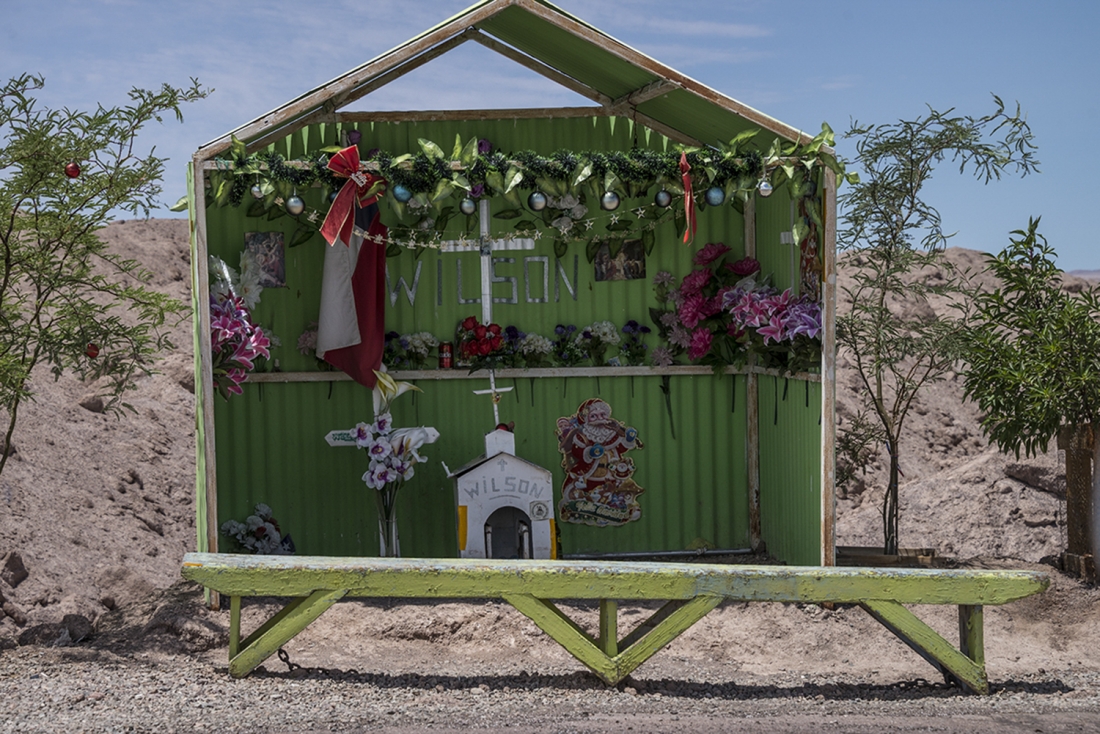 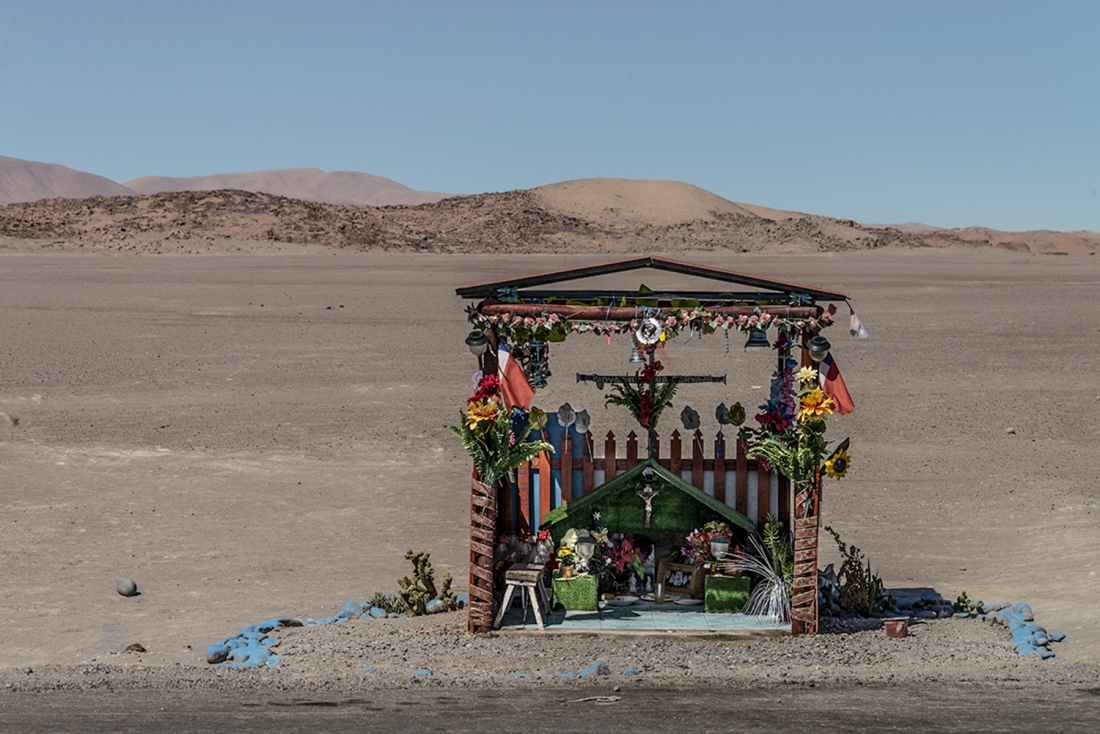 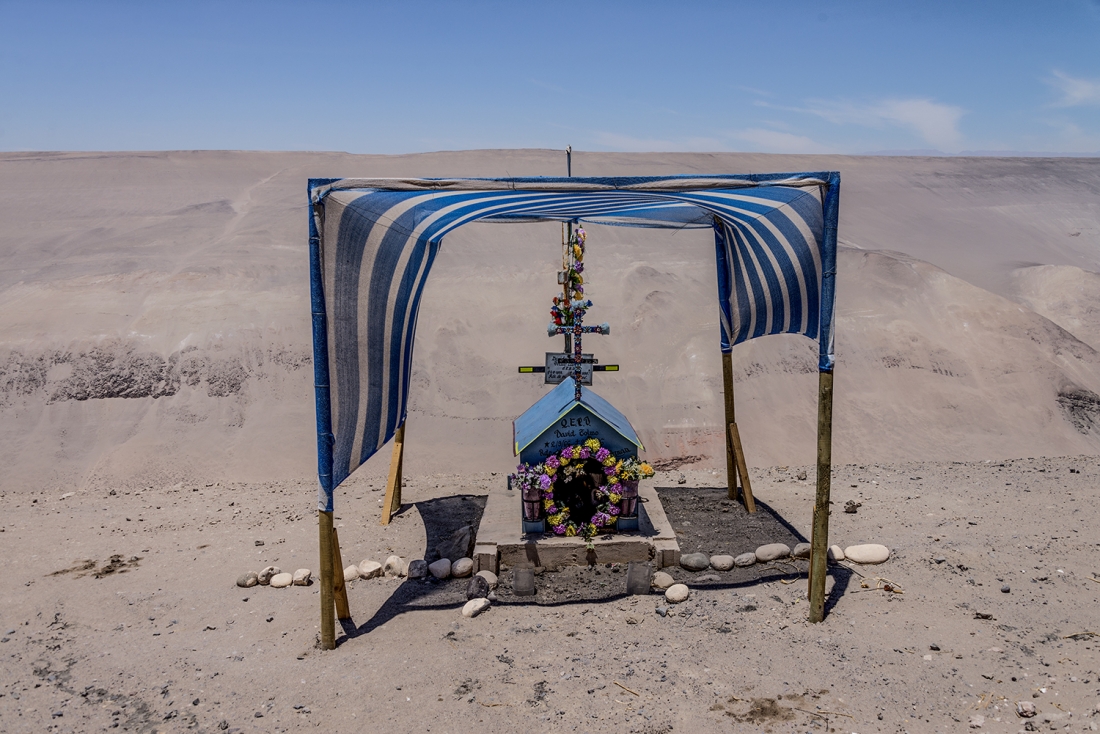 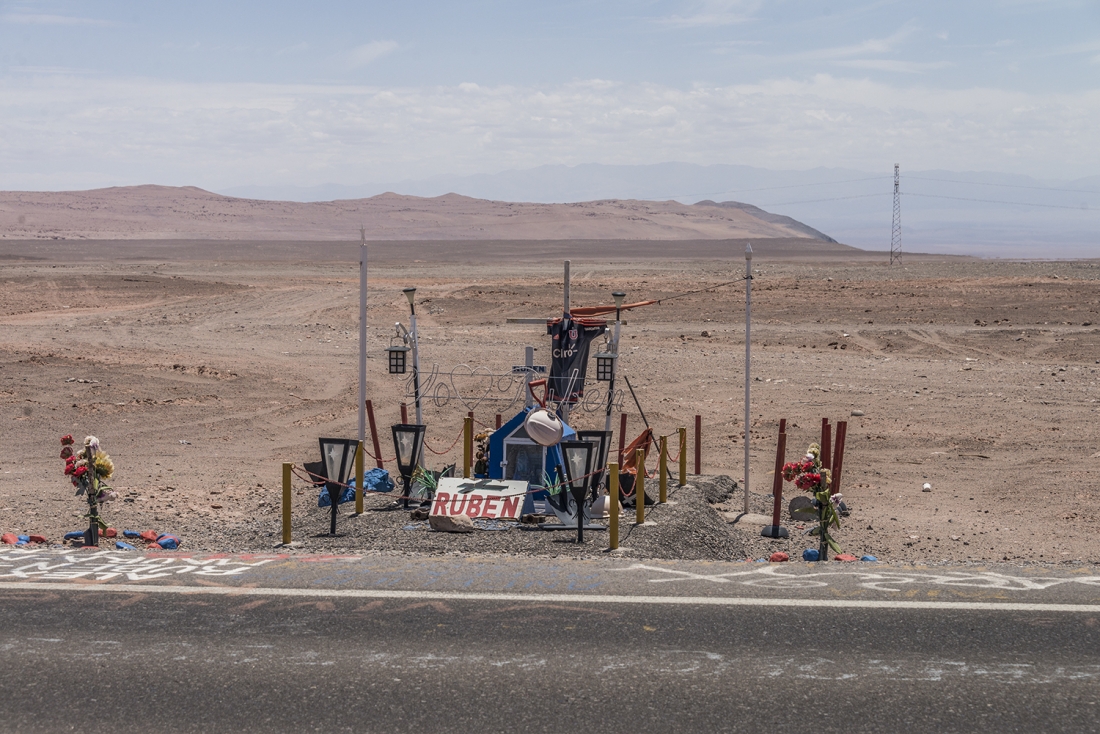 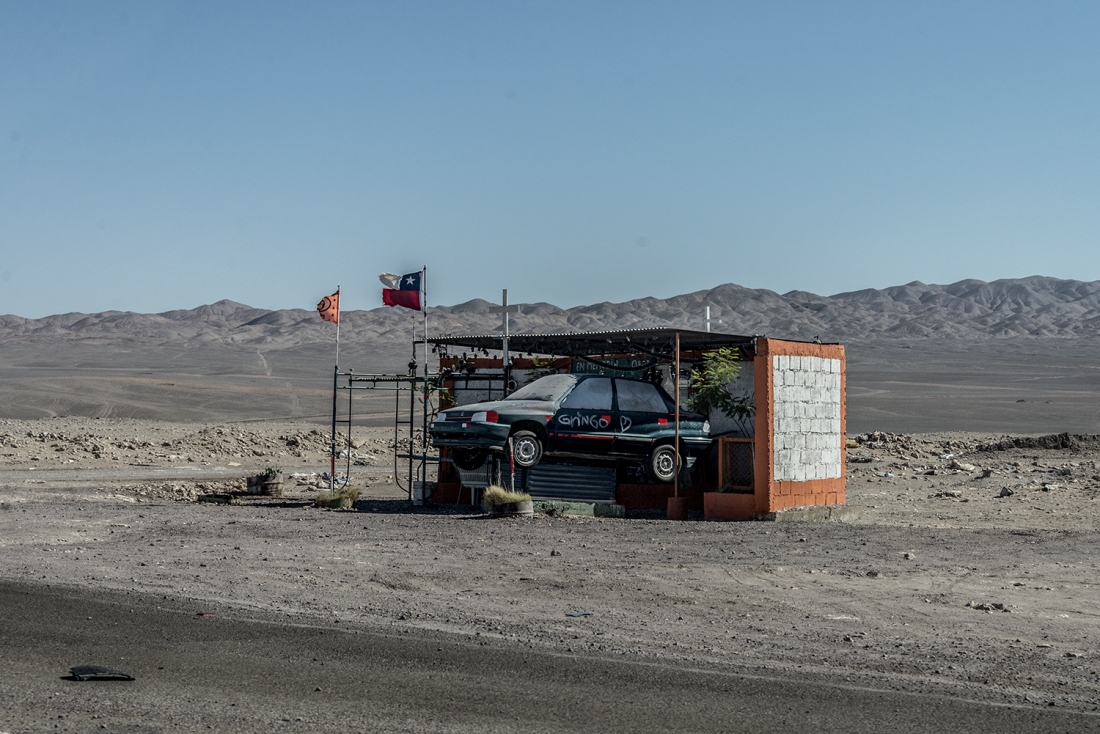 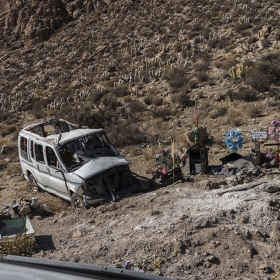 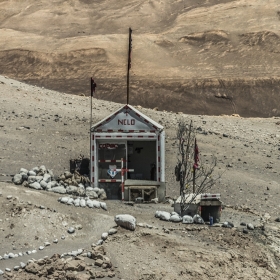 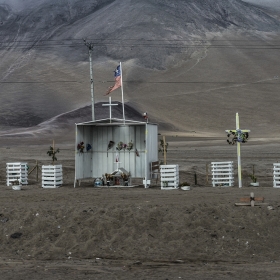 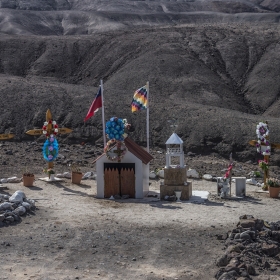 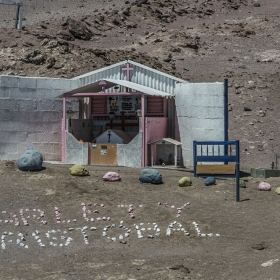 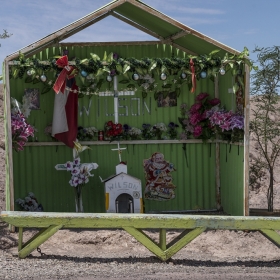 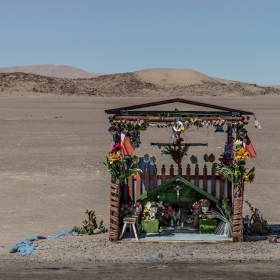 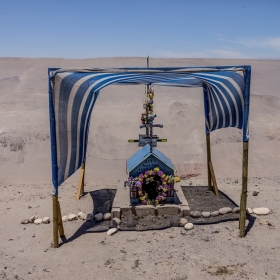 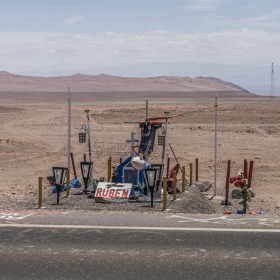 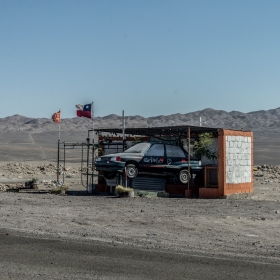 Patricia Ackerman
The "Animitas"
Share
Support this photographer - share this work on Facebook.
A 'Animita' is born for compassion of the people in the place in which a 'bad death' happened. It is a popular cenotaph, the rests remains in the cemetery, by what the soul is honored, the "ánima". Where the journey on earth has finished, in the same place there is constructed a hut, which is called a little house, chapel, cave.
They are reproductions, imitations of houses and some similar to churches. All have crosses. Candles are set on, that are placed in the "casetas" to protect them from the wind.
The name "animita" is only vaguely known in Argentina and Peru, because it is an expression more properly Chilean. Comes from the name given to the souls in pain, "ánimas", but with a diminutive that responds to the infantile connotation which is quite common in the animistic cult. As required by the popular tradition, these animitas are placed especially for people died violently (accidents, crimes, suicide, etc.), because it is believed that his soul is still hovering somewhere between the world of the living and the dead near the site of his final tragedy. In other cases, also clarifies that allowing the deceased to grant favors, facilitating their entry into heaven.
In some way, then, the animitas are mediated between planes of existence: between the world of men and spirits. That is why not all are strictly altars placed only in the place of the death of a person, but also in their graves or, in other cases, to entities "holy", but always associated in some way to the mystery of death."
I have taken many photographs of "animitas" on the routes of the North of Chile, touched by this popular religiosity, symbols of identity and memory.

About author:
I returned to photography, after having been in it in my youth, about ten years ago, and it returned in an explosive way. I was interested, and I am still interested in street photography, observing people involved in their world, popular concentrations, and theatre photography. I'm still in the search, maybe now more conceptually, Interested in a work on the origin, the body, the house, the journey in which we are embarked.
I'm a psychoanalyst. Perhaps that makes me intrigue and address the human subject in a particular way, in the unfathomable relationship with his body, the desire in the broad sense, and the link with the other.
I have participated in several calls in my country and abroad, with results that have enriched my look.
I live and work in Buenos Aires, Argentina.