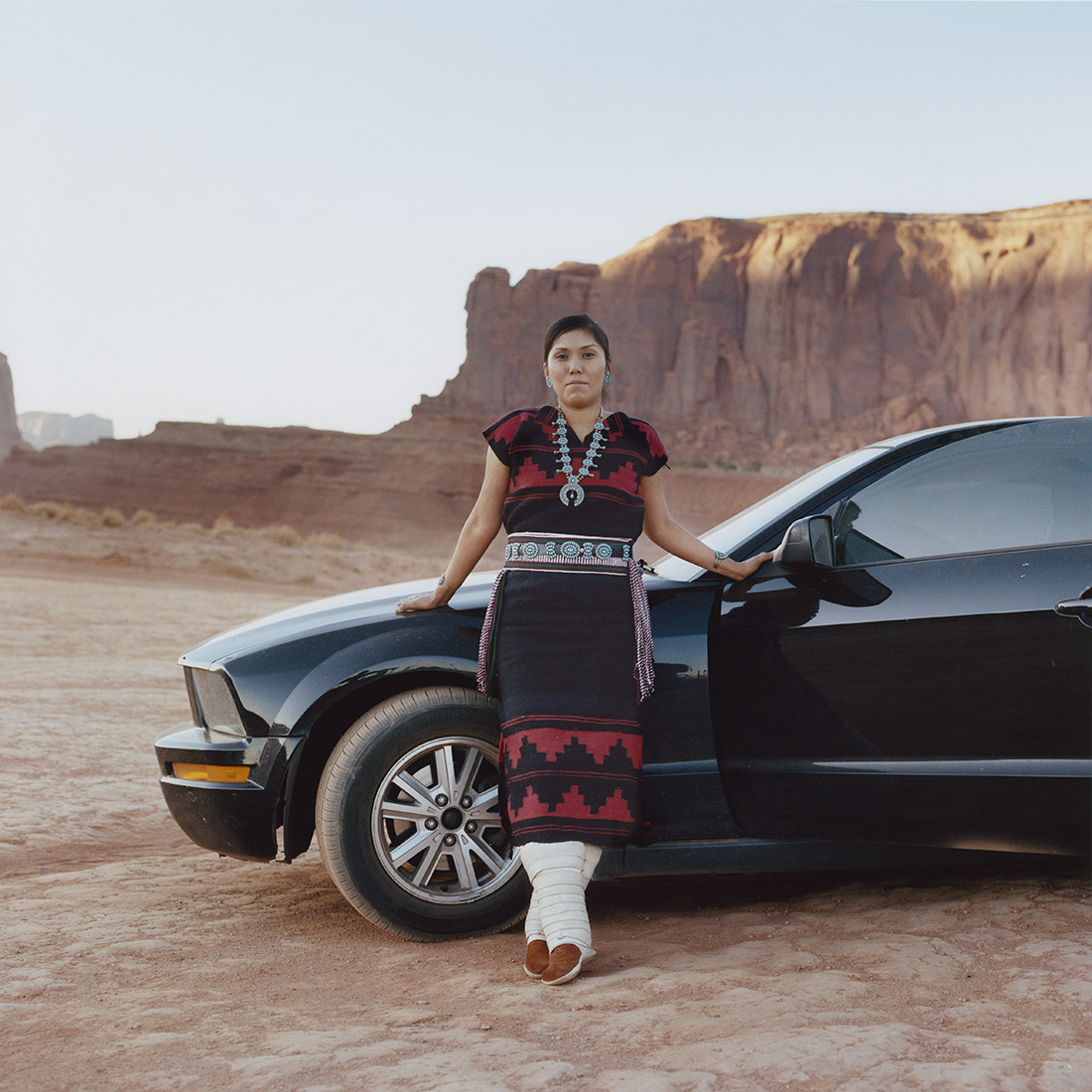 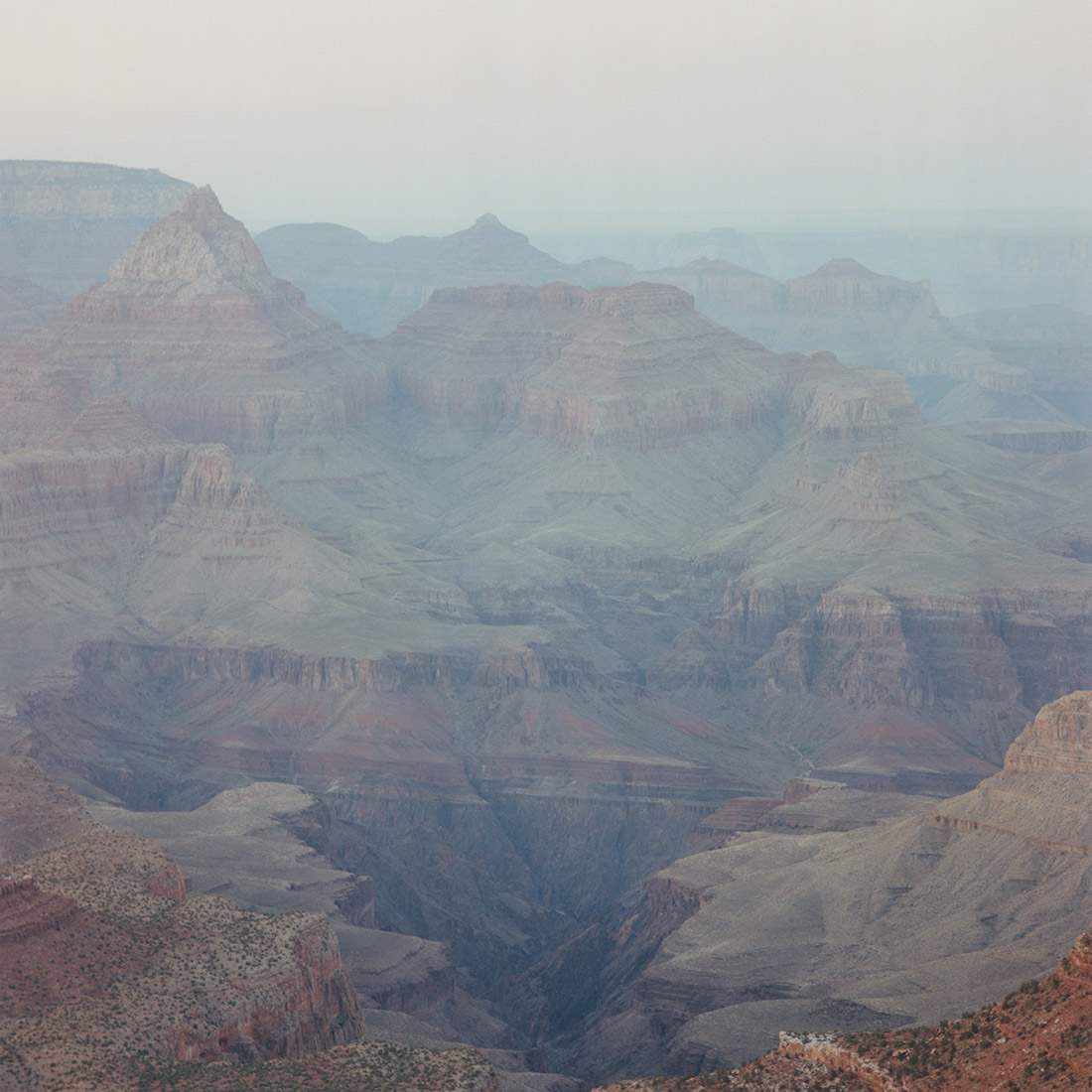 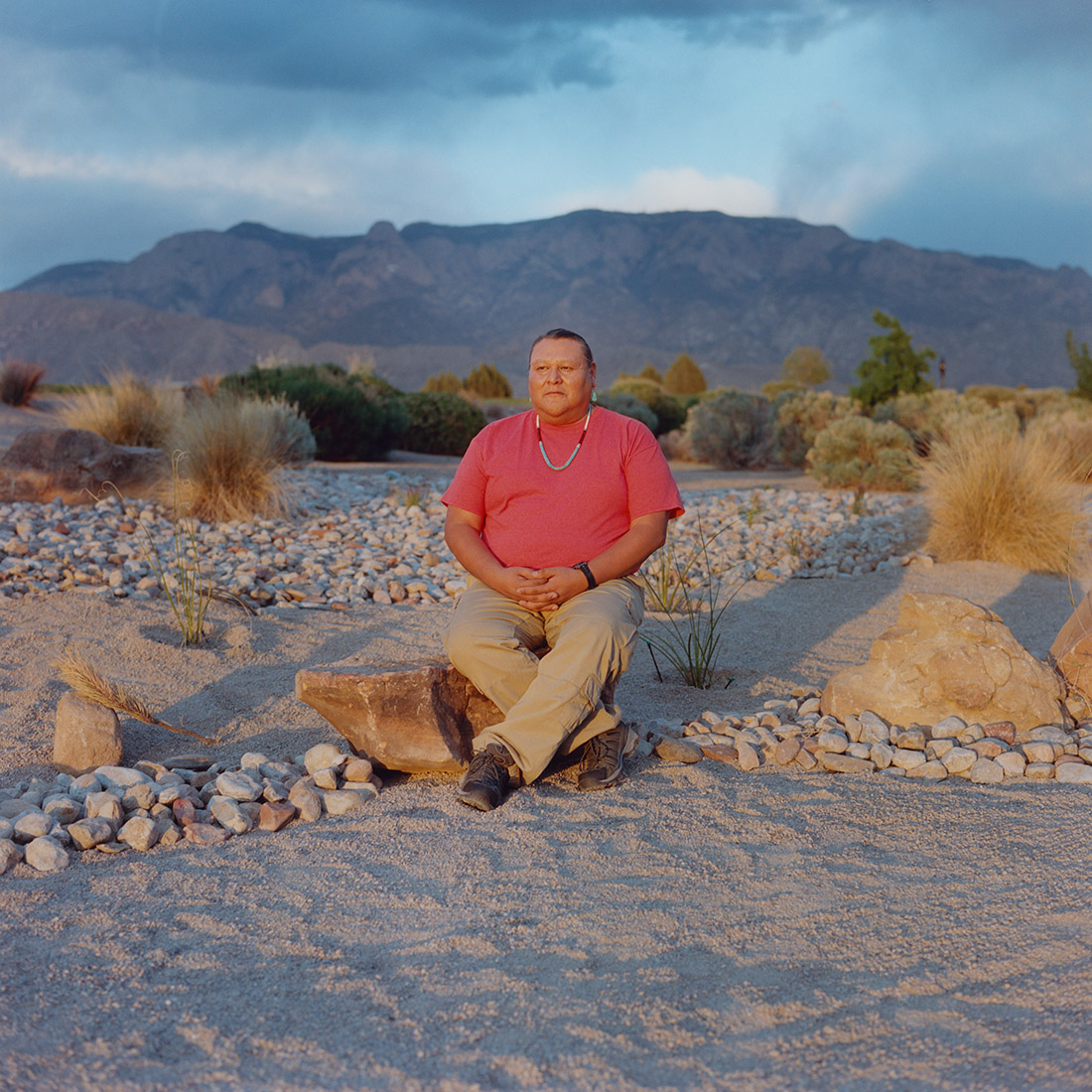 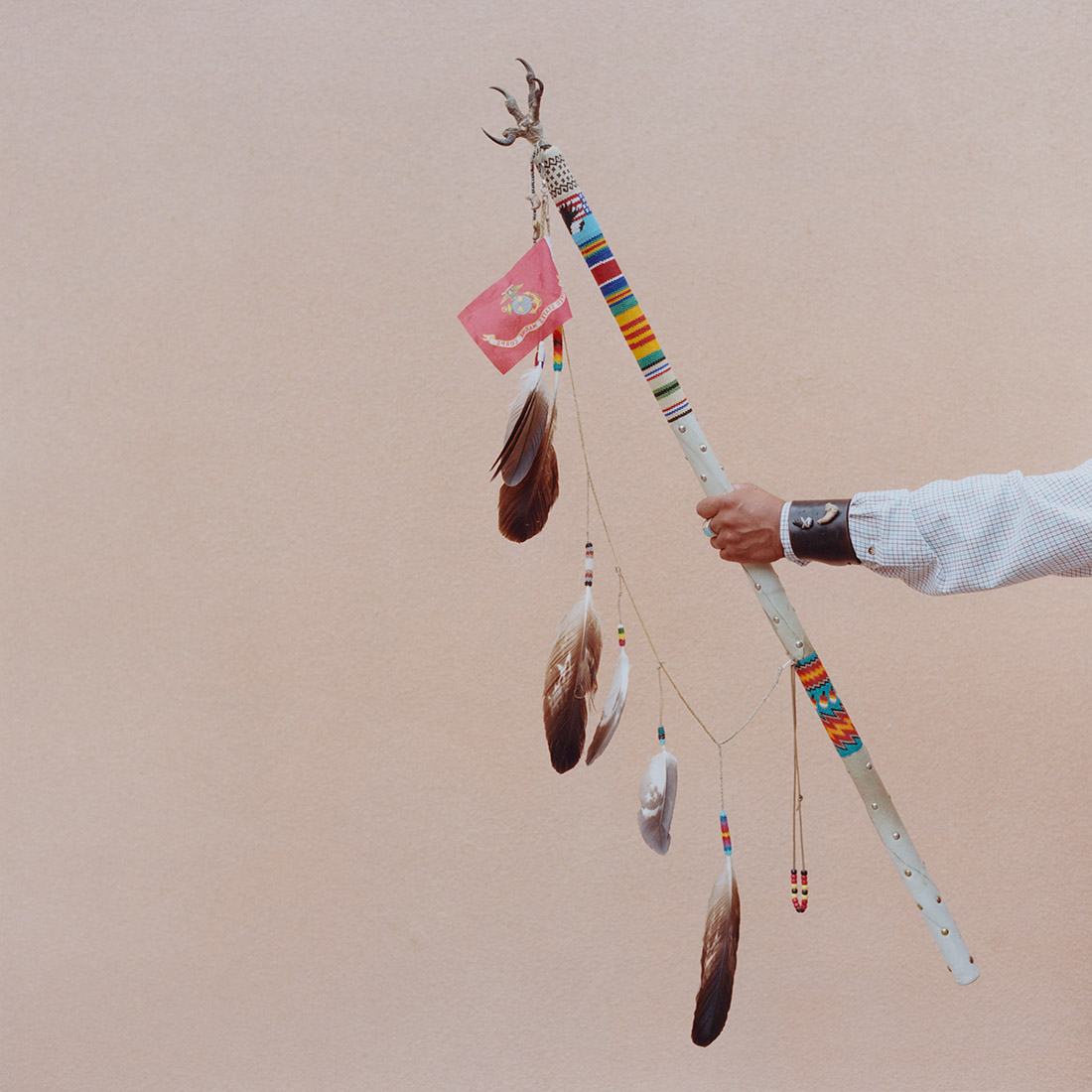 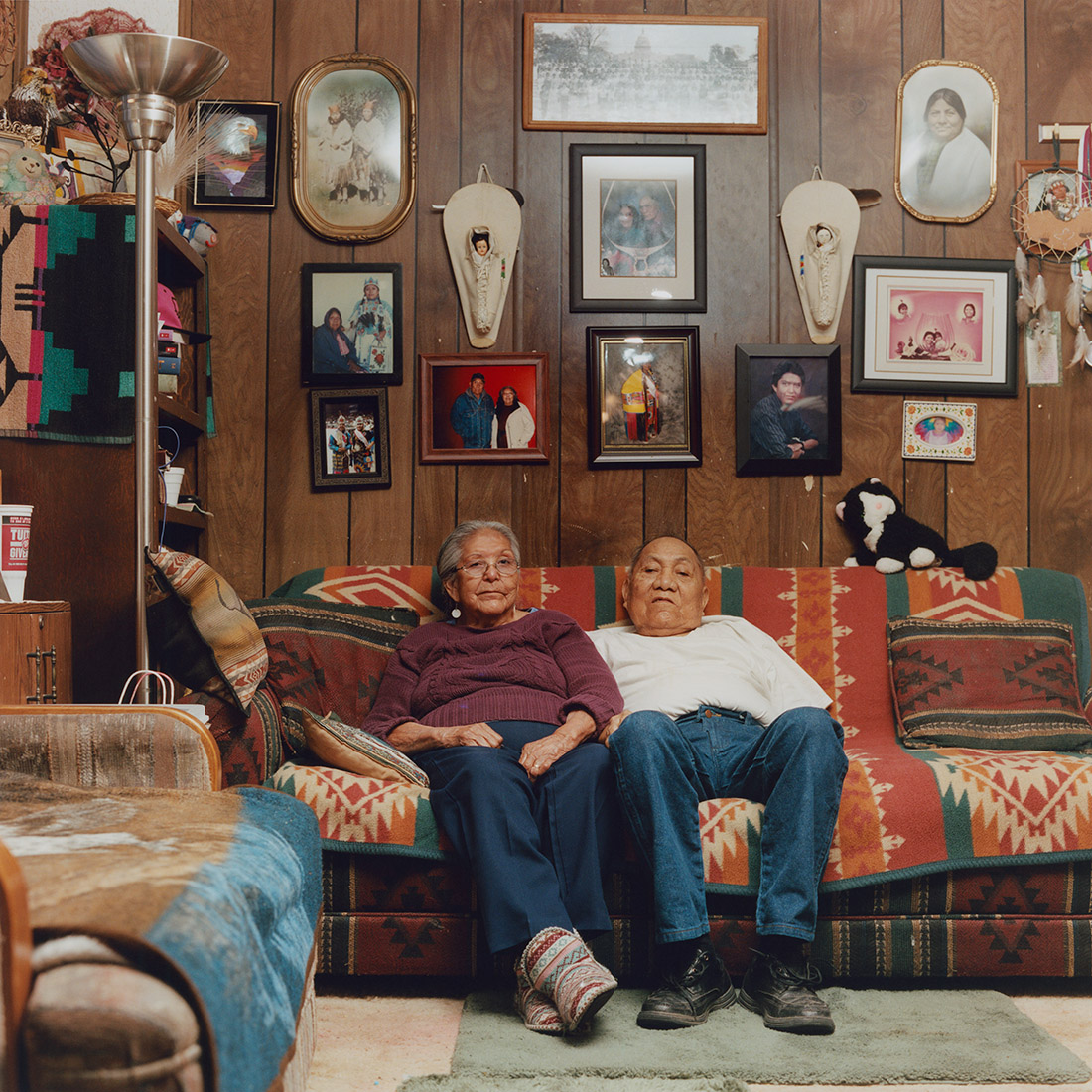 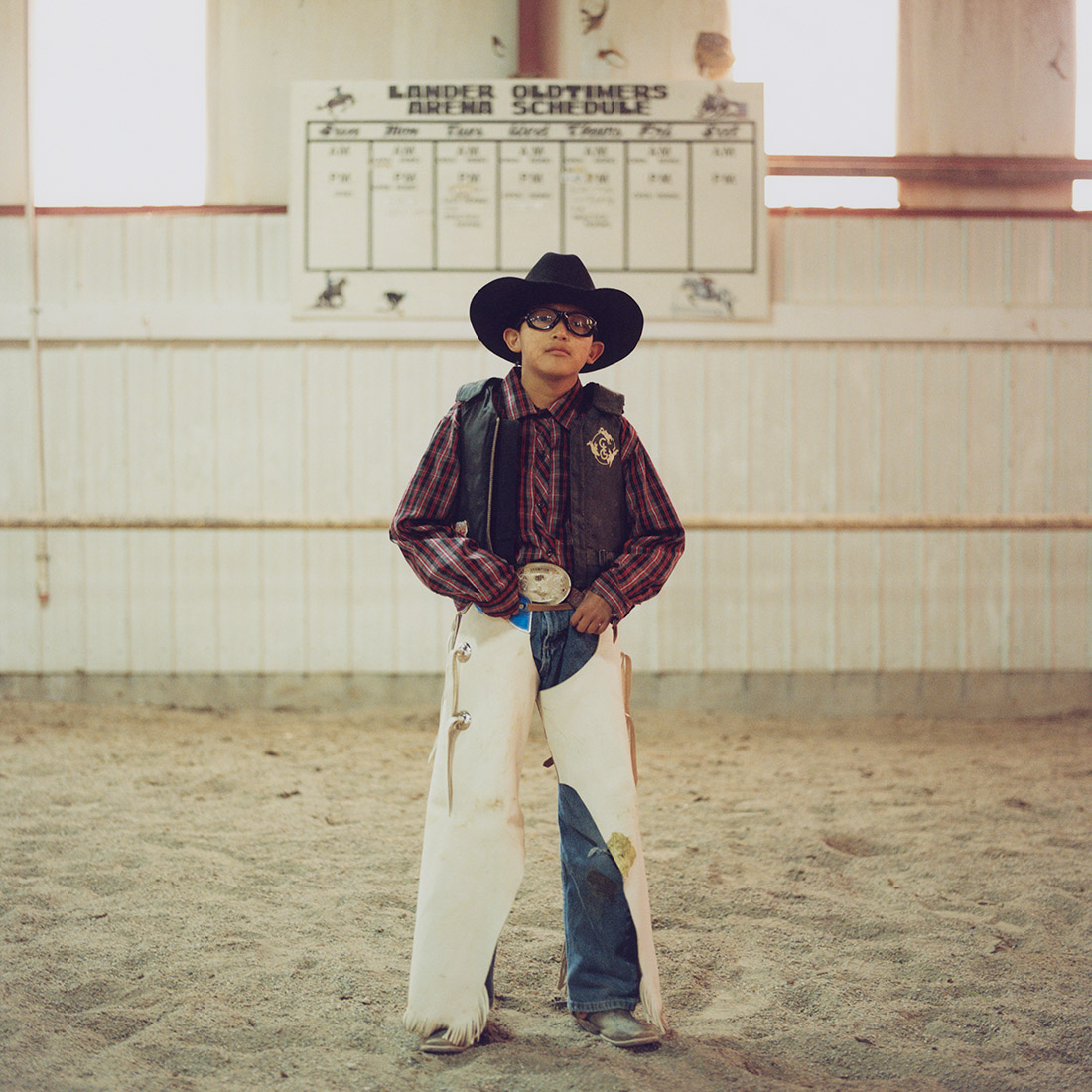 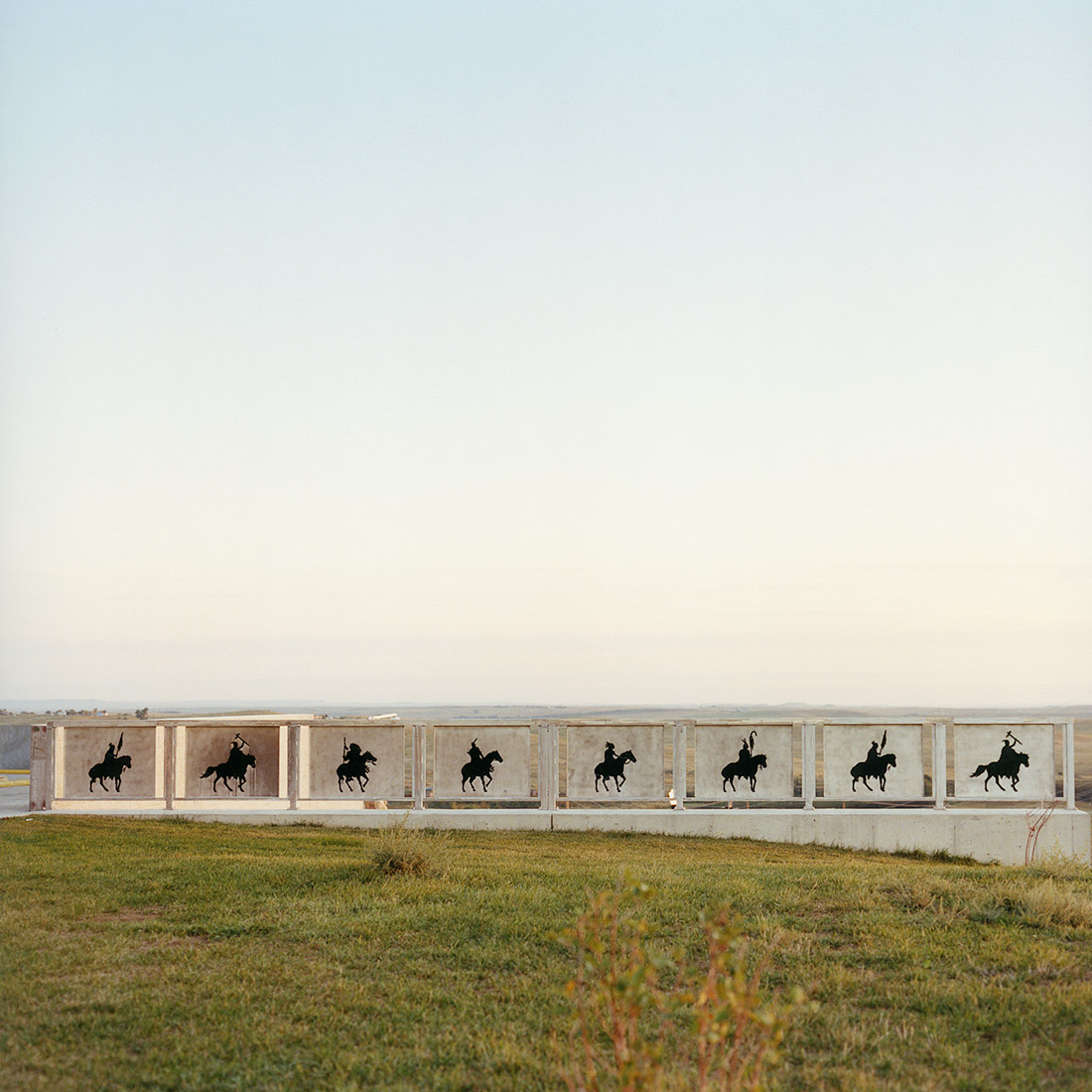 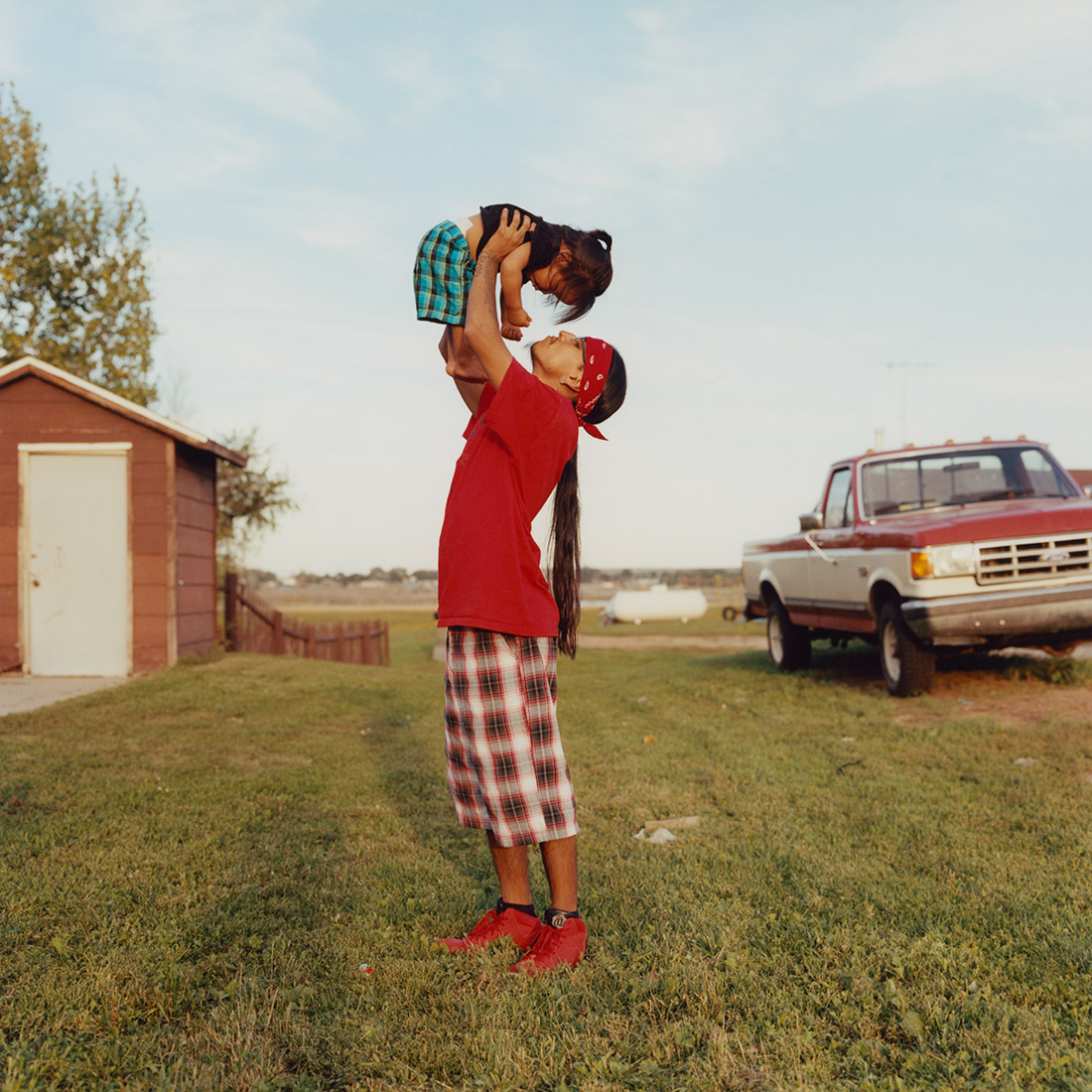 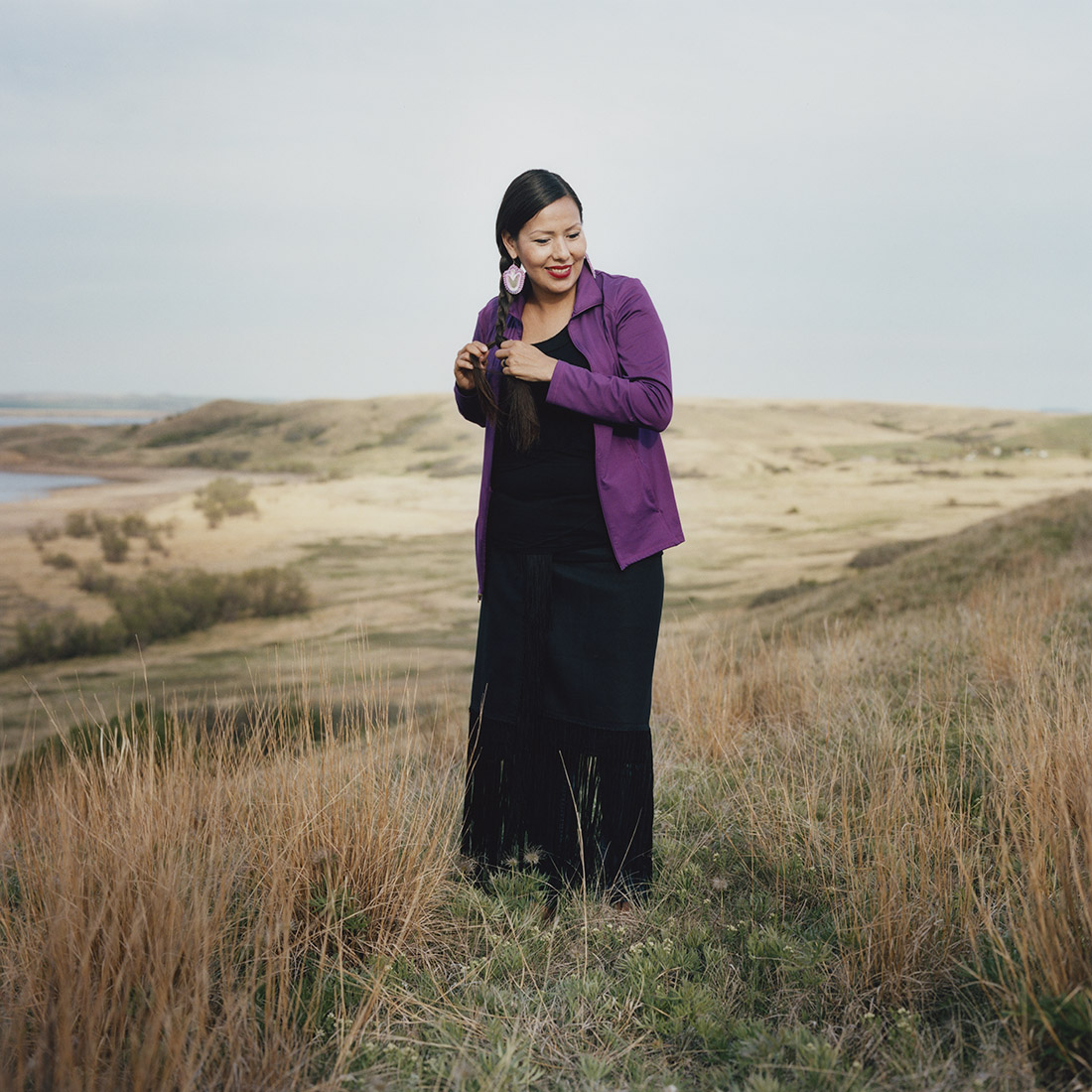 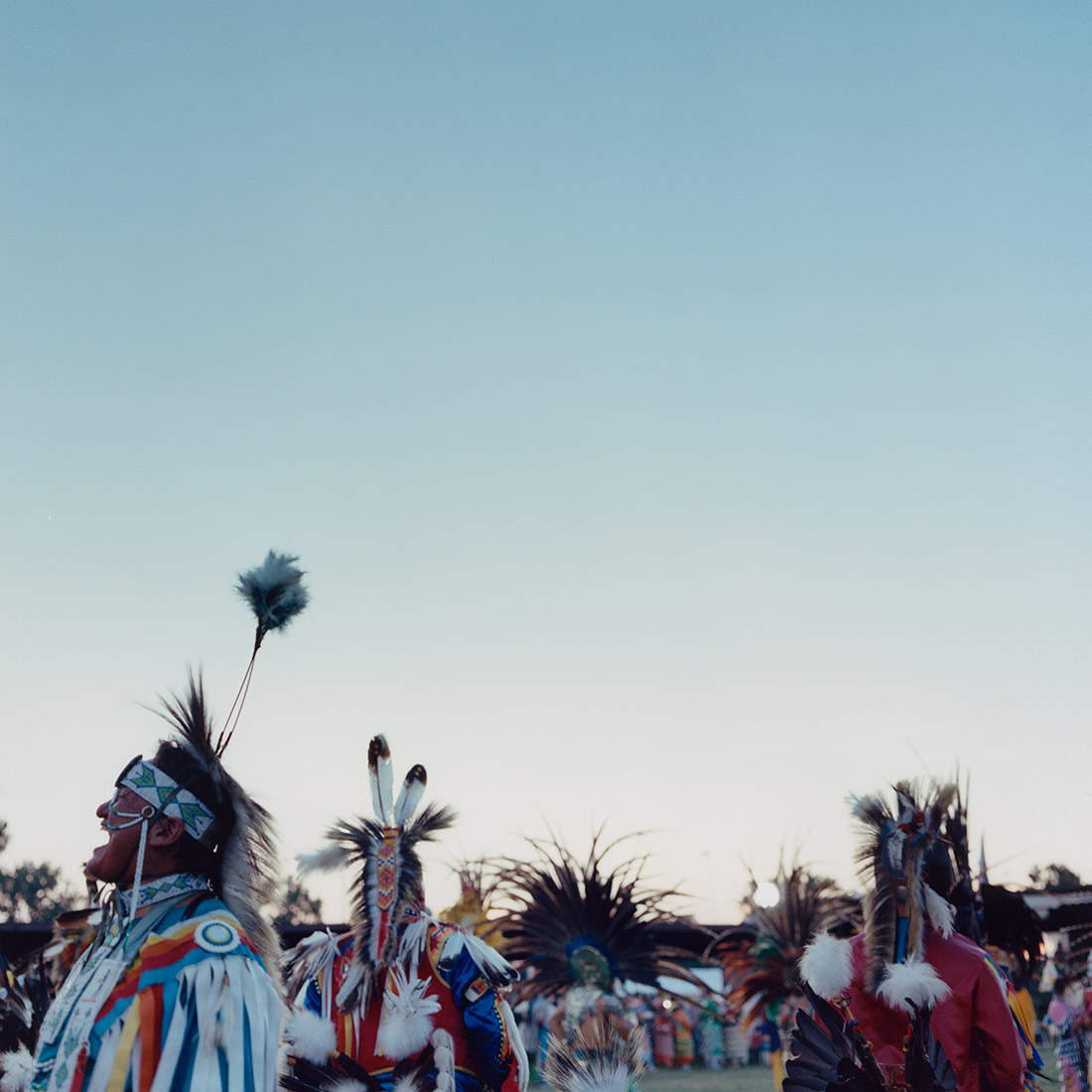 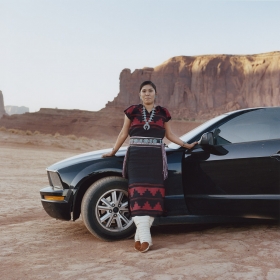 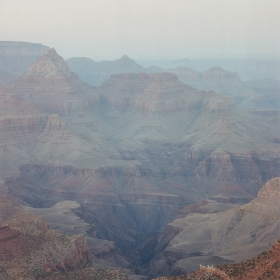 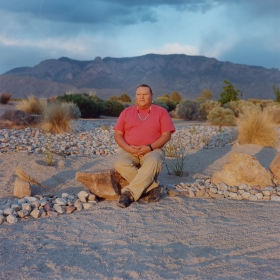 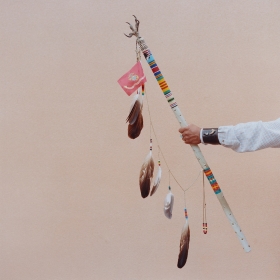 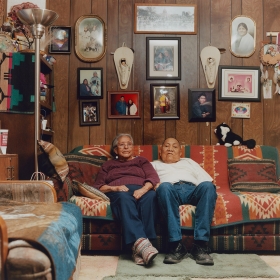 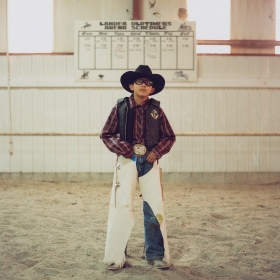 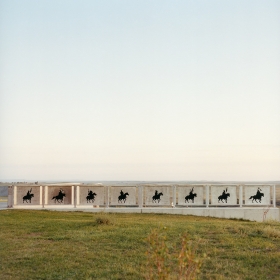 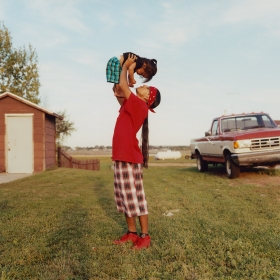 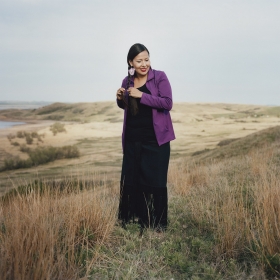 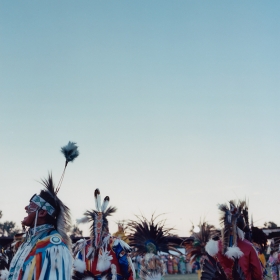 Carlotta Cardana
The Red Road Project
Share
Support this photographer - share this work on Facebook.
“What did we do so wrong that they would want to wipe us out? Strip us of our land, force us onto reservations, take our language and clothing, make our children go into boarding schools and punish them for crying for their mothers. We cared for this land and now look at it. Look at us; we are dying. We were a people of millions and now some tribes have a few left, if any. Some have died out all together. We are losing our languages, many of our lives have succumbed to alcohol, our children don’t know our traditions. We never took gold, we have no interest in oil, we only cared for the land and that is all we know. We ask ourselves everyday, what did we do so wrong?”
James Shot With Two Arrows, Medicine Man (2013)

The Red Road Project explores the relationship between Native American peoples and their identity today and how the culture has survived some of the most horrific events in American history.

With just 1% of the American population, Native Americans are often forgotten about and struggle to have their voices heard. The recent events in North Dakota, where thousands of people gathered in support of the Standing Rock Sioux Tribe to stop the construction of an oil pipeline that devastated sacred grounds and threatens the environment, are just another example of a centuries-long history of oppression and exploitation. Tribal people today suffer a sort of forced segregation at the very bottom of American society on every indicator; from the 88% unemployment rate to the world’s second lowest life expectancy, Indian reservations stand as third world islands in the biggest economy on Earth. Issues such as drug and alcohol addiction, sexual abuse, poverty, crime and the highest suicide rates in the country are just some of the residual scars left on today’s generations and are often the only things highlighted in mainstream media about this rich and dynamic culture. Combating stereotypes every day and seeing cultural traditions, practices and languages slowly vanish by various attempts of assimilation is quite devastating, yet there are so many inspiring Native people out there who are working hard to make a difference for their people. The connection with the land, with the language and the traditions are some of the tools being used for empowerment and advancement.

The title of the work comes from various Native American teaching which encourage to follow “the good path in life”. You will often hear Native Americans say they are on “the red road” which identifies them as being on the path to positive change, contrary to all the surrounding issues found within their culture. With this work, I want to illustrate how Native American culture has had to overcome “cultural genocide” and highlight not only the backlash of the struggles but bring forth the strength, sovereignty, and pride among these people.

The clash between the European colonization and the Native Americans all began with the land. Linda Black Elk, an ethno-botanist and one of the prominent figures leading the NO DAPL movement at Standing Rock, puts it into perspective: “Native Americans know more about the environment than anybody else because we don’t just live here and struggle to survive, we participate with the earth, with the animals and the plants, we are not separate from them, they are relatives: they take care of us and we take care of them.” Contrary, the European concept of individual land ownership and property rights brought much conflict to the Indigenous way of life in North America. A series of “Indian Wars”, westward expansion, and several hundred treaties forced America’s tribal people to live on government assigned lands known as Indian reservations.

All across the country, Native American languages are dying and it is up to the current generations to save it. Tipiziwin Young is an inspiring woman from Standing Rock who has dedicated her life to keeping the Lakota language alive through a unique program called the Lakota Language Nest. Its intention is to immerse pre-school aged children with the Lakota language from the moment they step into the school’s door and English can no longer be spoken. Evereta Thinn of Navajo Nation hopes to do the same for her tribe.

When speaking to Native Americans today, you often hear the concept of “living in two worlds”. This represents the current-day struggle to find a balance between traditional ways of life and contemporary living away from the reservations. Danielle Ta’sheena Finn is studying law to become a tribal lawyer, she represents the Center for Native American Youth, headquartered in Washington D.C., and speaks to bring greater national attention to the issues facing younger Native Americans. She says “This is not a time, nor day in age for someone to grow up and not know who they are; to live with a loss of identity. Once you know your culture, your language and your traditions, no one can take that away from you. They tried to kill us, they tried to change us, but we are still fighting, we’re still here”.

Hopelessness, despair, addiction, suicide and loneliness are words often used when discussing about Native America, but words like pride, beauty, inspiration, and strong are what The Red Road Project portrays.

About author:
Carlotta Cardana is an Italian portrait and documentary photographer based in London.
While studying Theatre and Performing Arts in Turin, she worked as a producer in a circus and then moved to Milan to study photography at the Italian Institute of Photography. In 2007, after obtaining her diploma, she moved to Buenos Aires where she developed two projects on the consequences of the economical crash: one following a family of garbage scavengers and the other one documenting the experience in occupied factories. In 2008 she moved to Mexico City, where she started freelancing as an editorial and commercial photographer. In 2011 she moved to London and started working on personal projects again. The Fourth Freedom (2011-2012) questioned the role of national and regional identity among young Italians living in Europe. Modern Couples (2012-2013) explored not only how members of a subculture use their appearance to construct their identity and to express their values and beliefs, but also how two individuals in a relationship tend to form an identity that encompass both. The Red Road Project (2013 – on-going) tells a story of what it means to be a Native American today and how the culture has survived some of the most horrific events in American history. Her work has been awarded and exhibited internationally in festivals and galleries across Europe and the U.S. She also regularly works on commission for magazines such as The New York Times T Magazine, Marie Claire, L’OBS.