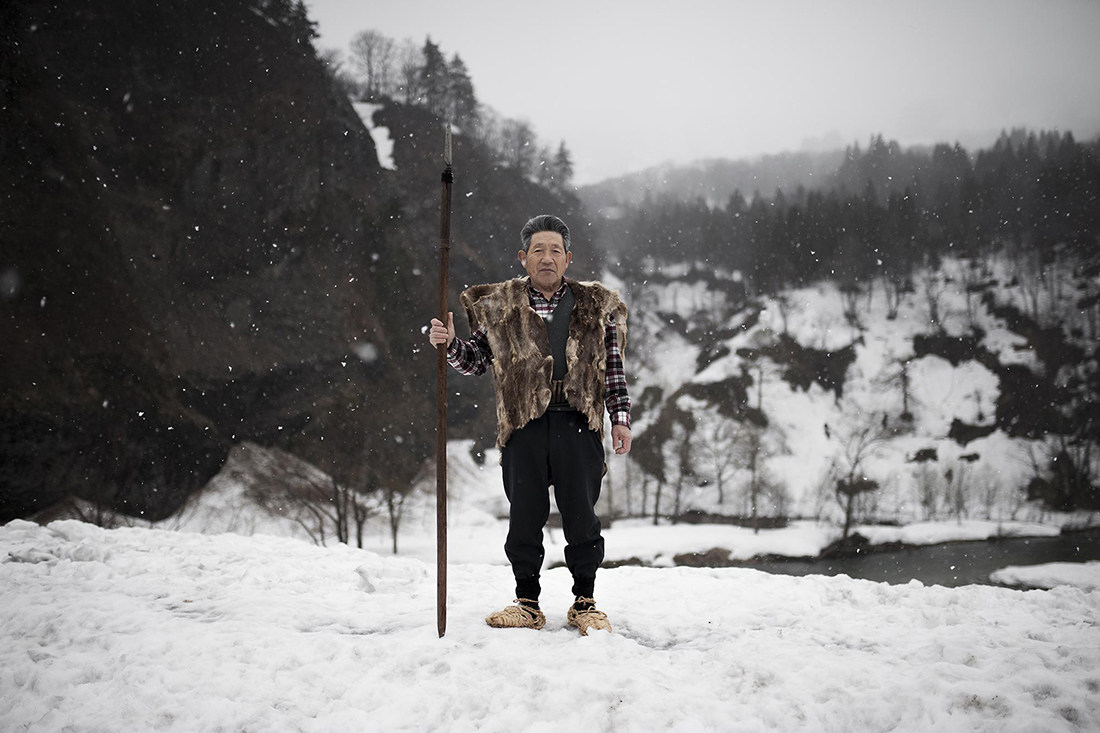 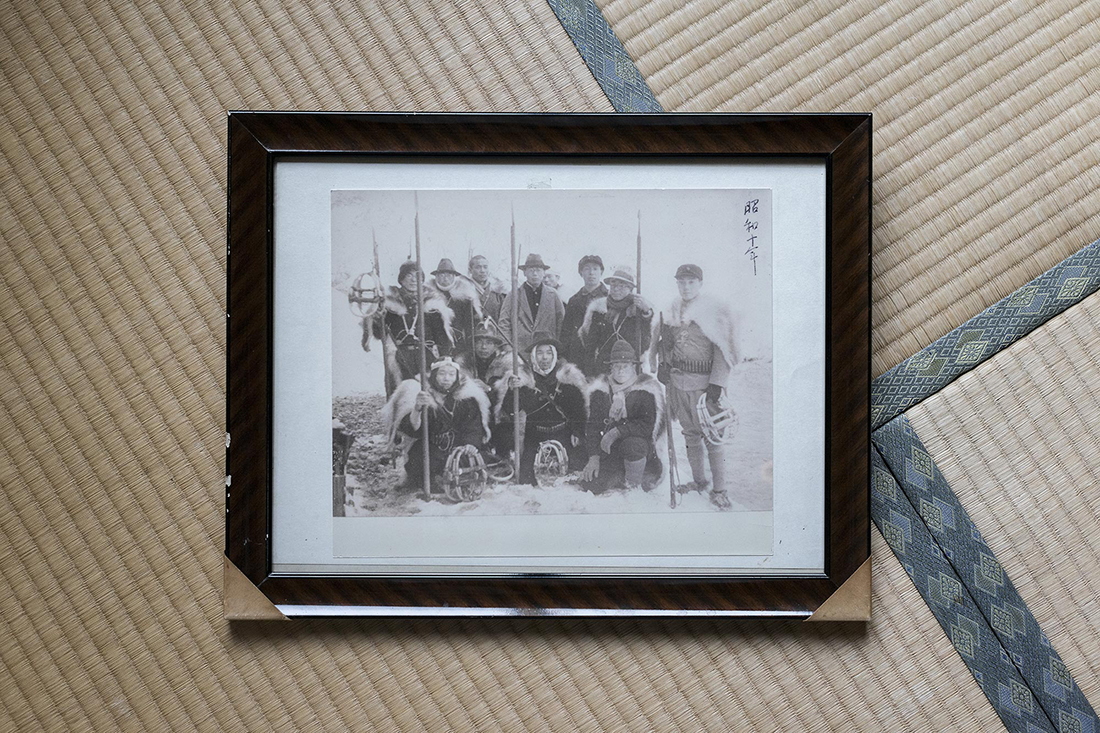 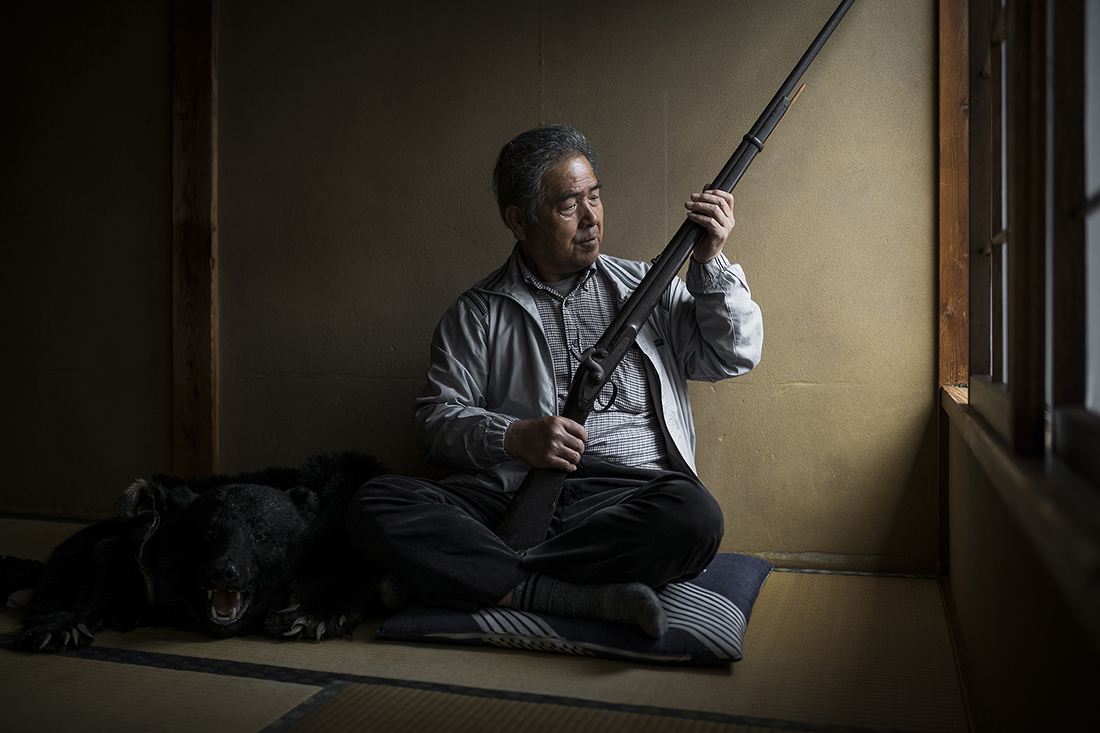 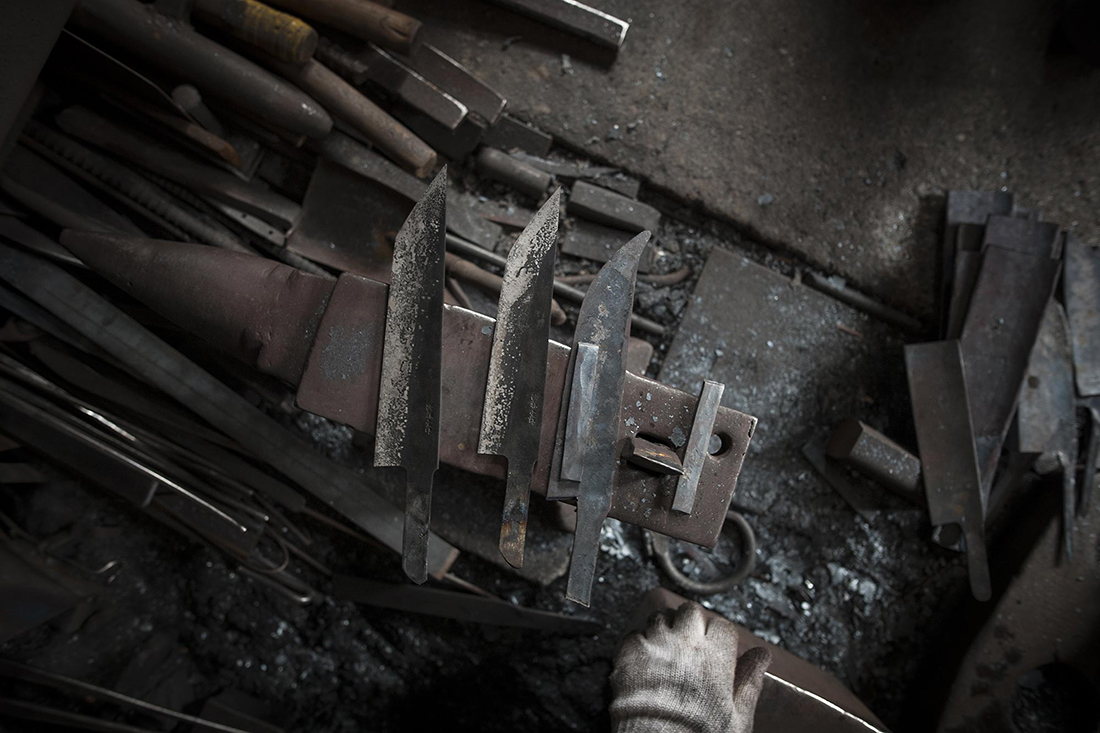 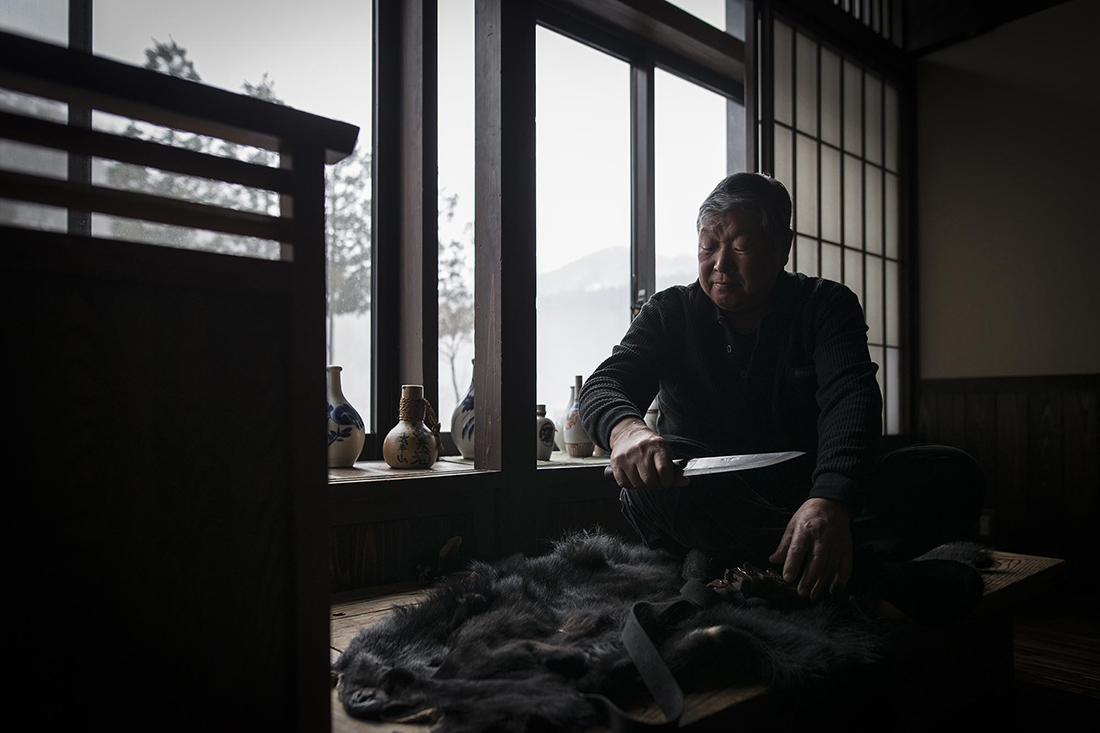 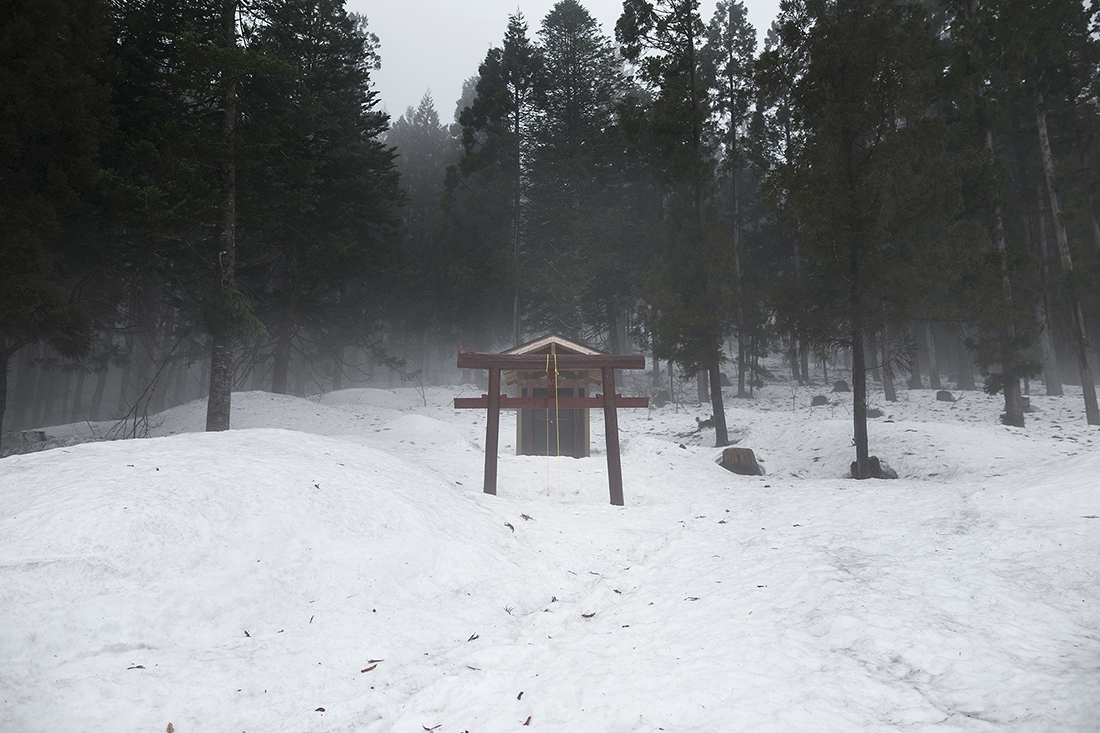 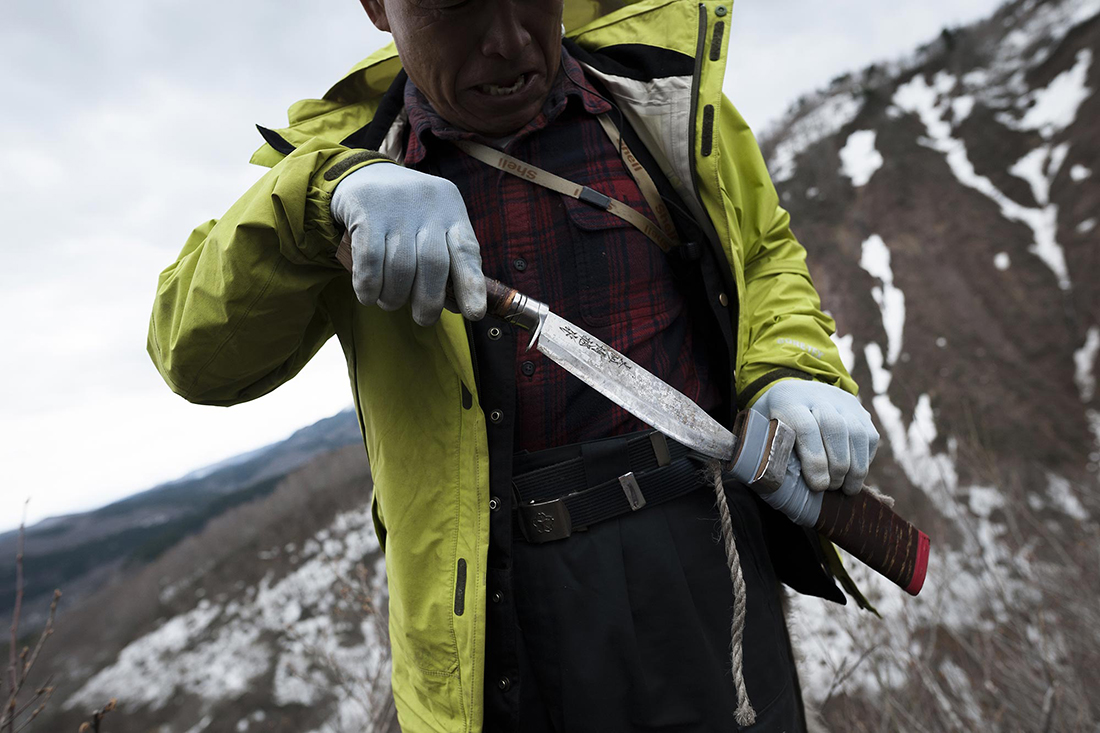 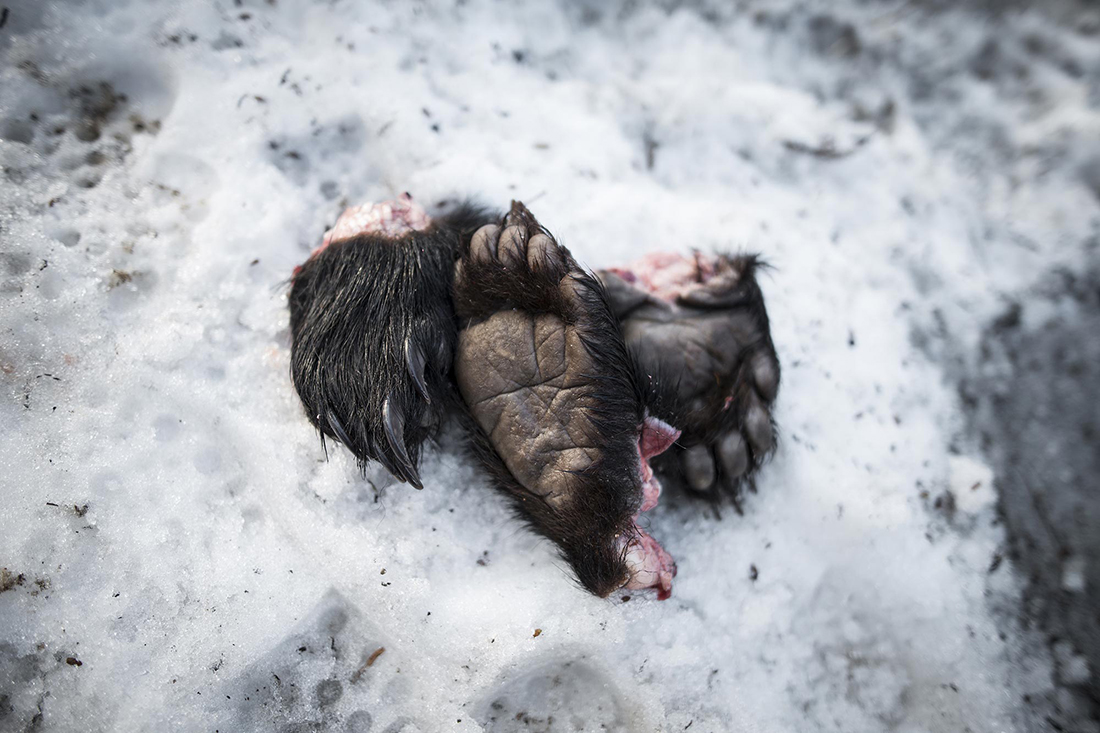 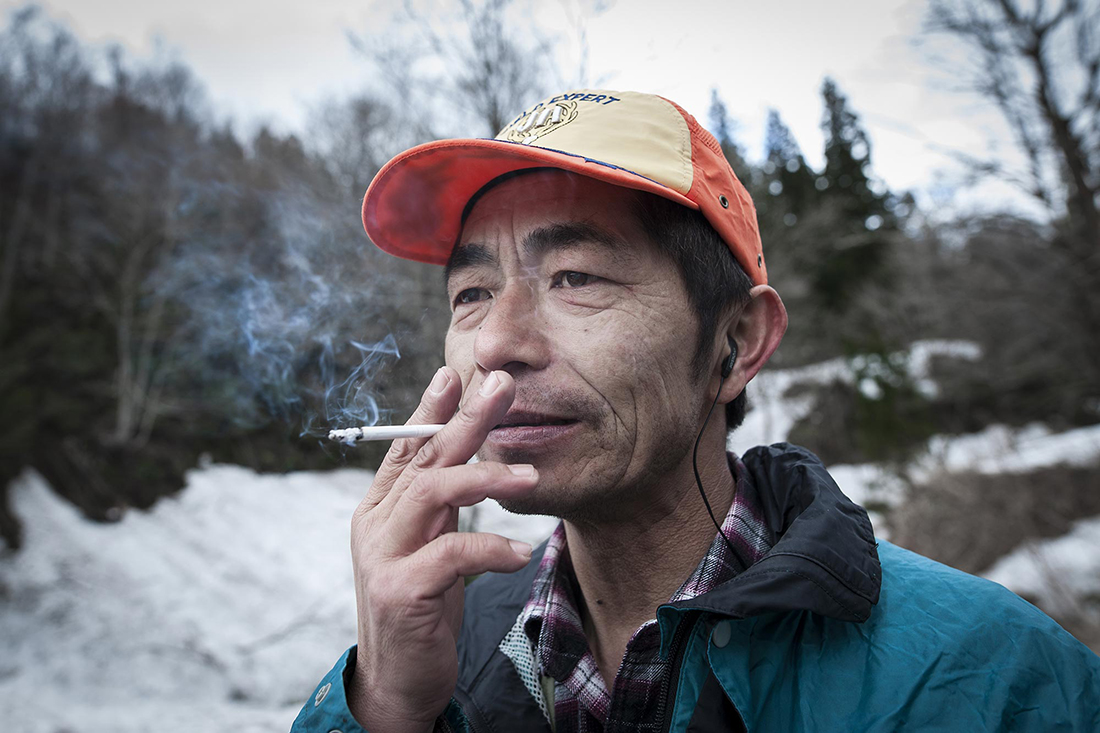 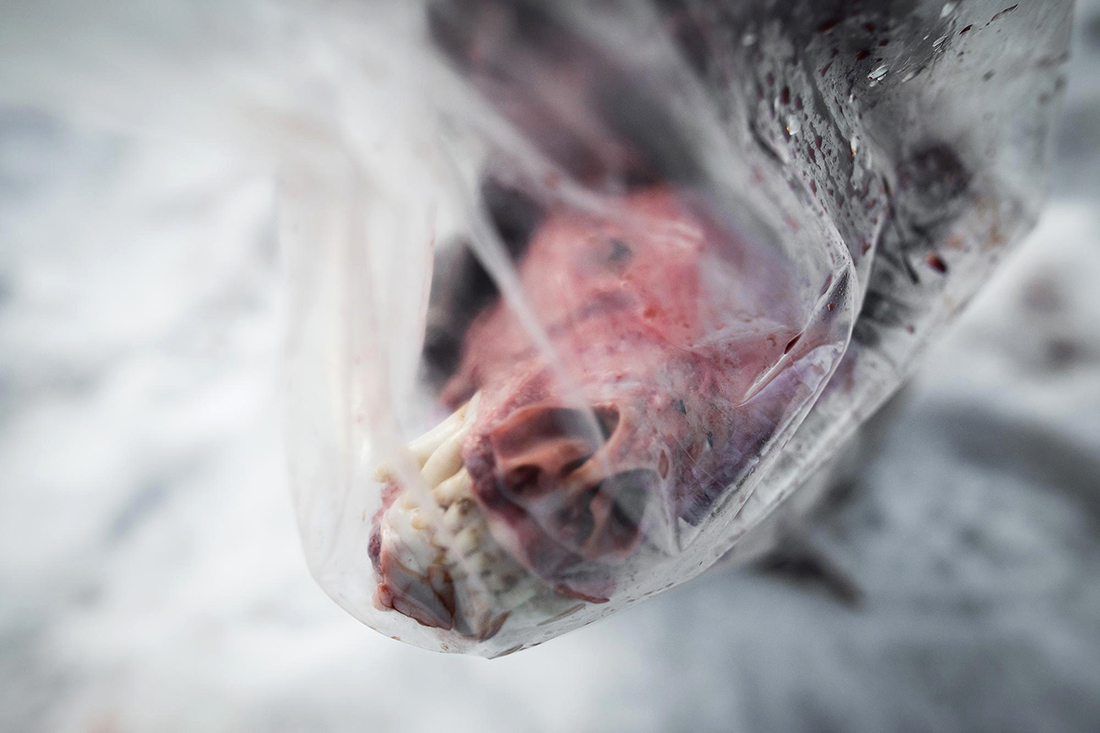 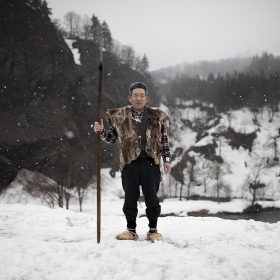 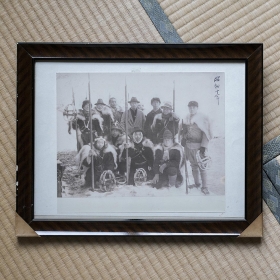 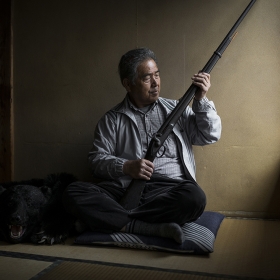 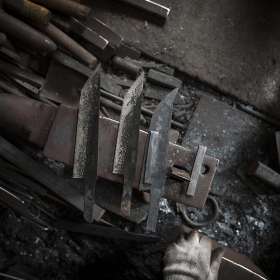 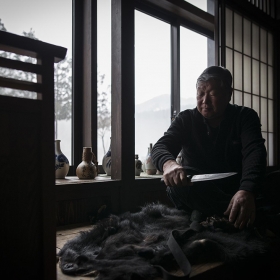 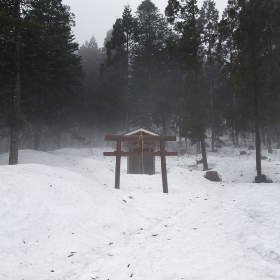 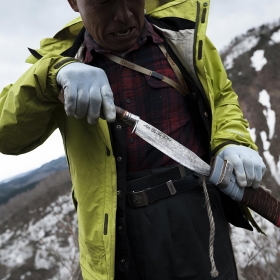 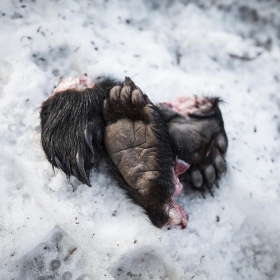 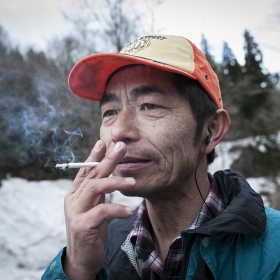 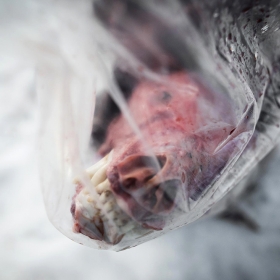 Javier Corso
MATAGI
Share
Support this photographer - share this work on Facebook.
Matagi are traditional hunters living in small villages and settlements in the highlands of northern Honshu, the main island of Japan. From its origins, back in the middle of the XVI century, they have made a living by selling meat, skins and other products derived from the hunting. Its main prey is the Japanese black bear, a subspecies classified as vulnerable and threatened according to the International Union for Conservation of Nature (IUCN).

Nevertheless, the matagi never face hunting as a recreational or sporting activity. They only capture what is necessary for regulated sale and self-consumption, or for the purpose of protecting rural and agricultural settlements from wild animals. Although they have evolved in many ways, they still retain several ideals and beliefs inherited from their ancestors. These communities recognize nature as a conscious presence that sustains them, but expects responsible behavior in return. Matagi believe that they can hunt because the Mountain Deity (Yama-no-Kami) allows it, and therefore, hunting is carried out with a sense of utmost reverence and respect for the natural balance.

Following the Fukushima incidents in 2011, the State banned many matagi communities from marketing bear meat, mostly in the prefectures of Gunma, Tochigi and Fukushima itself, because of the high risk of being intoxicated by radiation. Recently the Japanese authorities lifted the veto, and the matagi have been able to resume what has been their main economic activity for centuries.

In the context of a highly globalized, industrialized and metropolized Japan in the midst of the 21st century, matagi face a more than likely extinction of their cultural heritage. The global aging of the Japanese population, legal and regulatory limitations on hunting, and attachment to values that no longer germinate among the younger generations - who migrate massively from the rural to the urban environment - are some of the main reasons that leave these hunters without much hope of preserving their legacy.

There is a true lack of knowledge about the matagi even within the Japanese country, and almost no documented record of this group has transcended its own borders. The matagi are a very reserved community, reluctant to share with strangers their habits and traditions. However, after living and bonding with them I was allowed to ascend the mountain to witness and document their hunting expeditions, something really unusual and unprecedented due to the fact that they are carried out in their most sacred environment.

In this project I address, through the cultural redoubt which is the matagi, how the traces of the most traditional Japan survive in hunting; an activity as primary to the human being as controversial in our times.

About author:
Javier Corso (1989) is a photographer, founder and director at OAK stories (documentary agency). His photographic work originates from the need to communicate about aspects of the human condition through means of local, smaller-scale stories.

Corso began working as a documentary photographer in 2011, publishing in media like AlJazeera, TIME Lightbox, GEO magazine, MO, Il Reportage, VICE, PAPEL (El Mundo), El País, 7K magazine or Revista 5W. Among the cultural centers that have hosted and exhibited his projects, the following stand out; The Cervantes Institute in New York, the Florida Museum of Photographic Arts and the International PHOTON Festival.