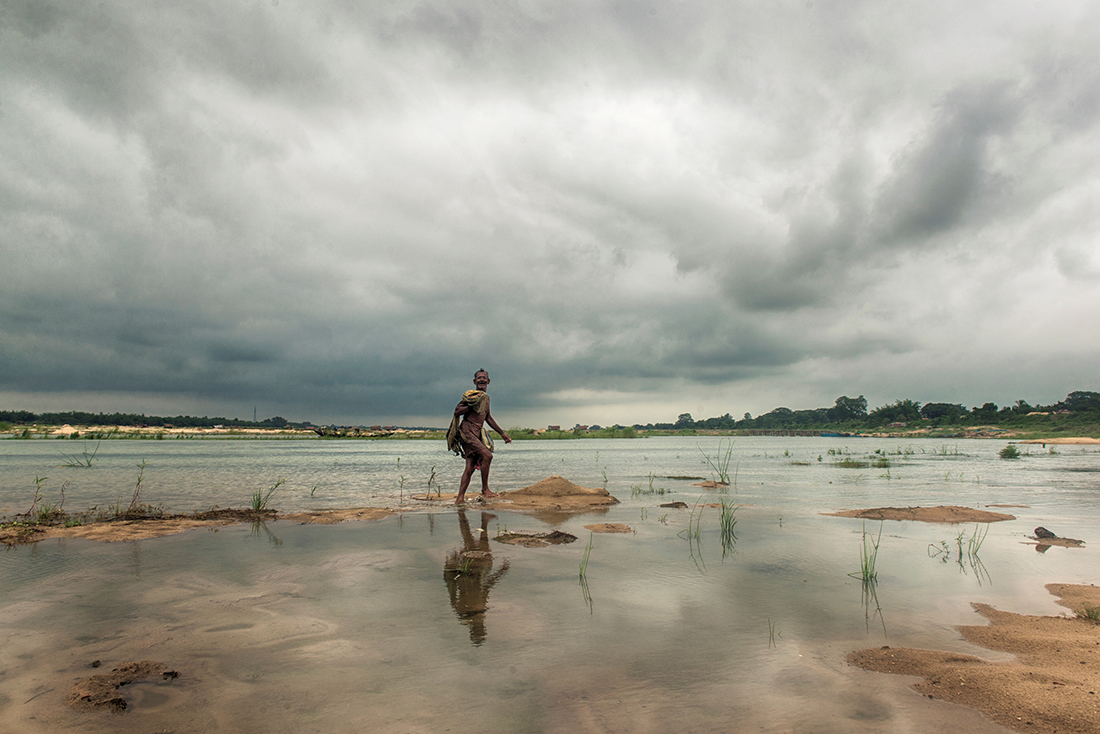 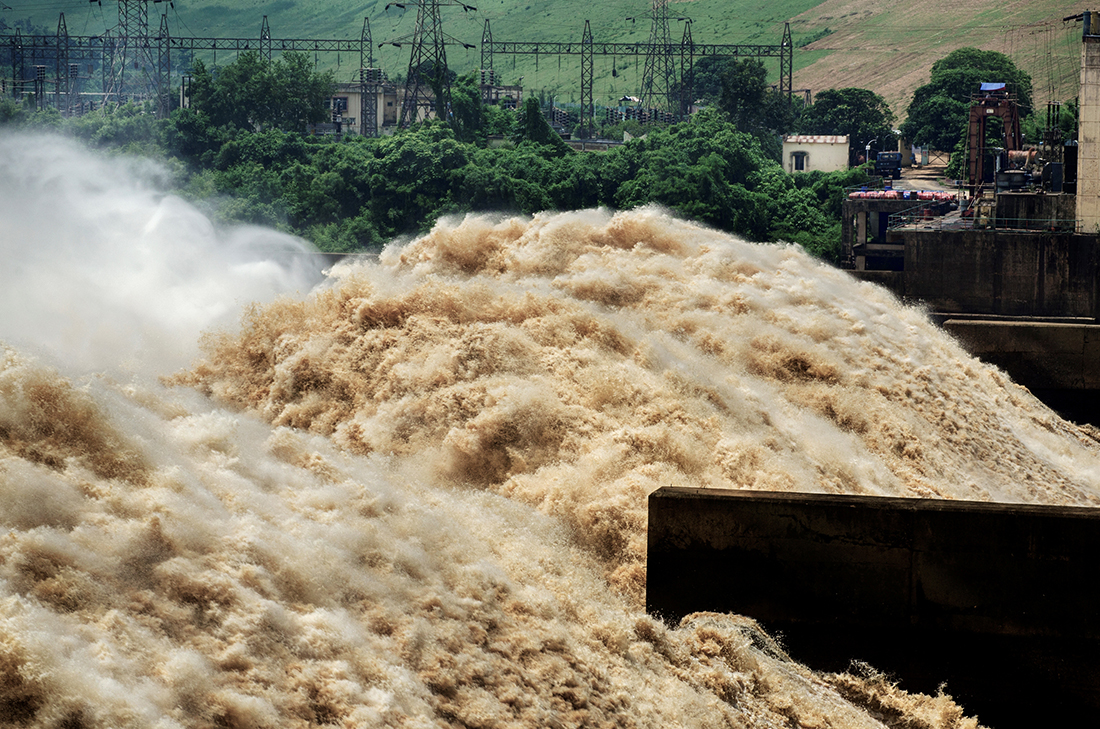 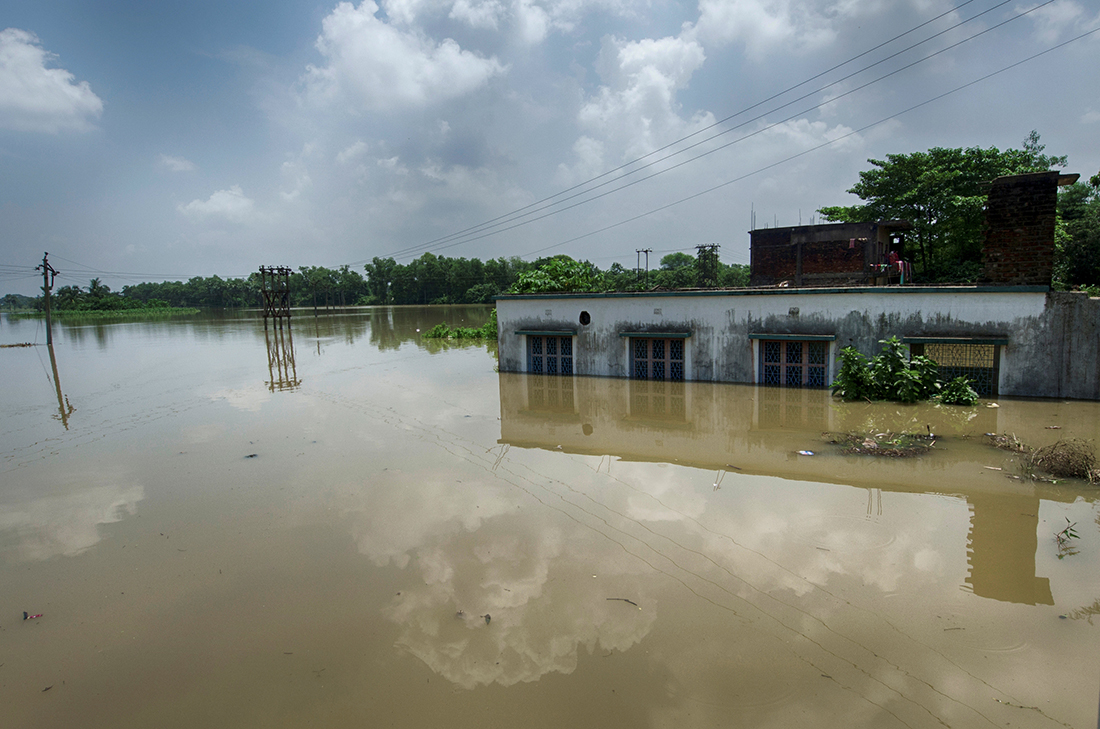 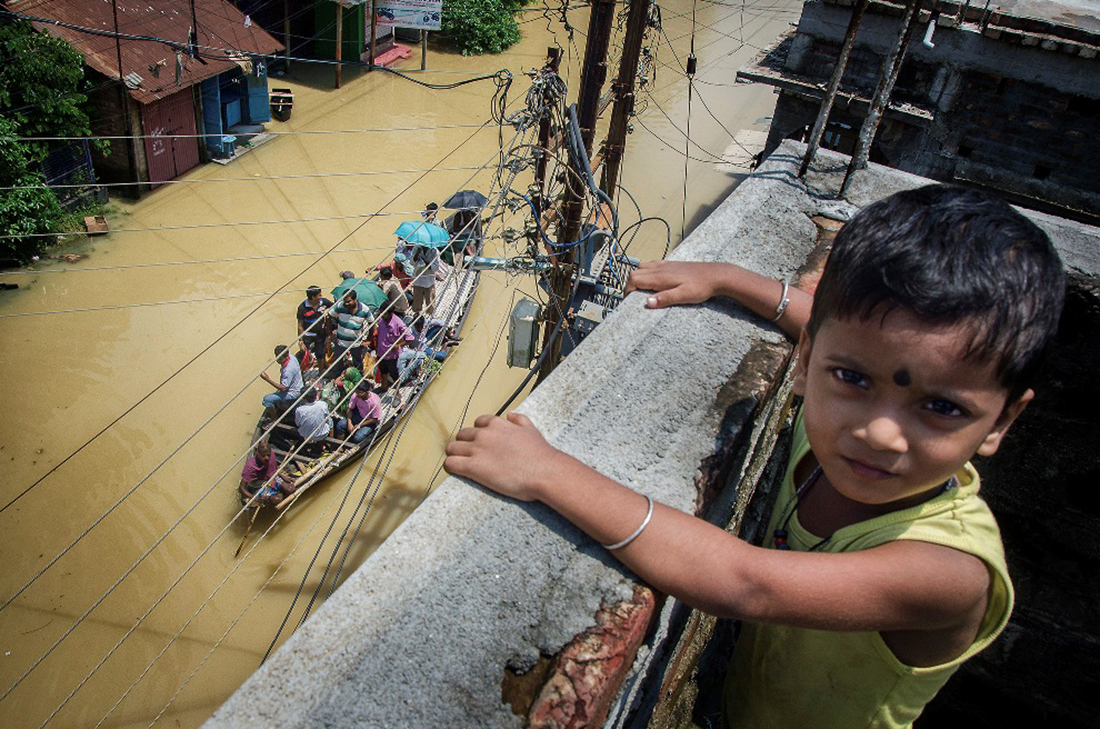 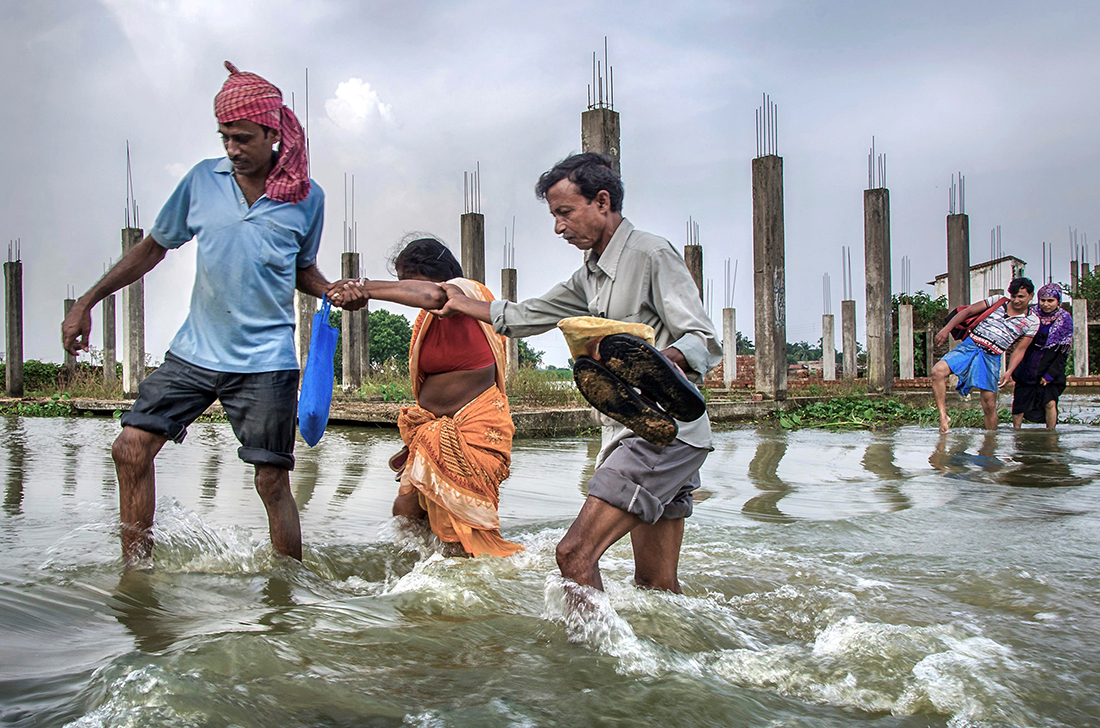 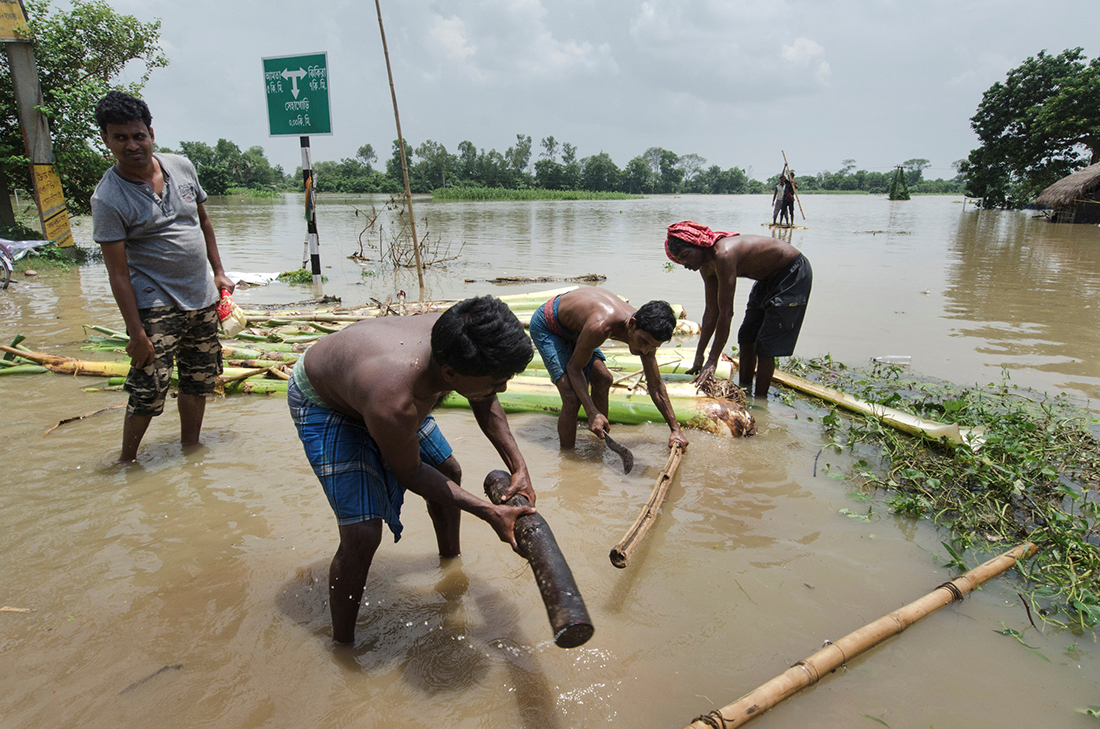 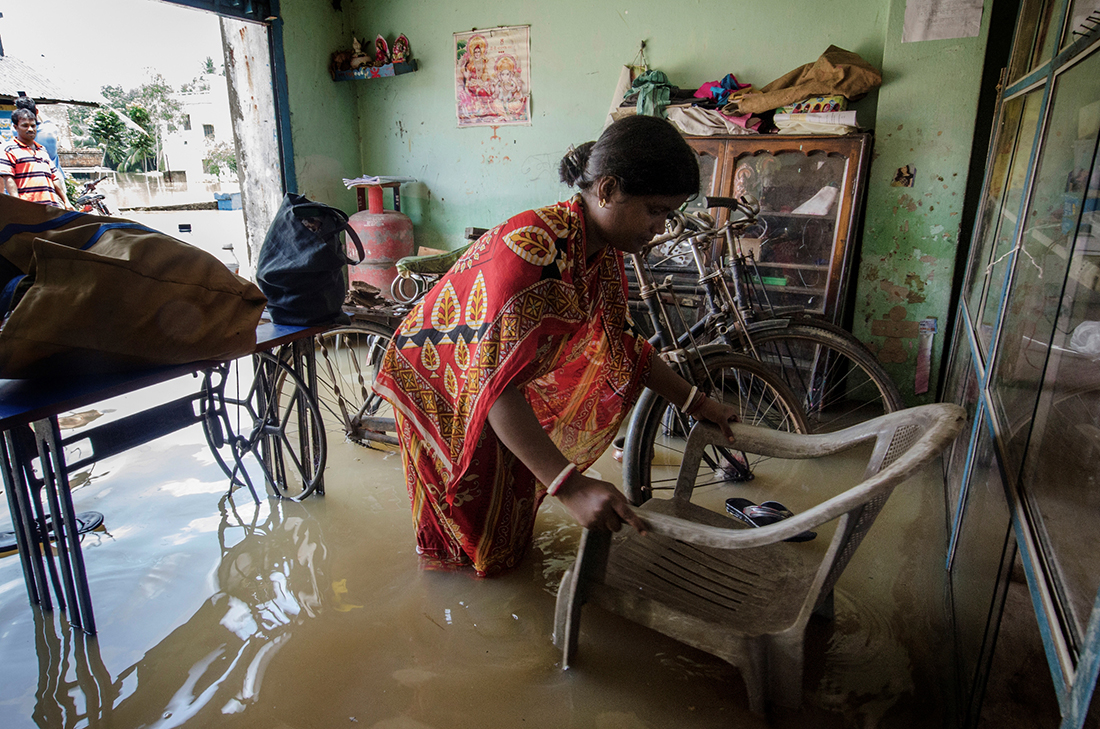 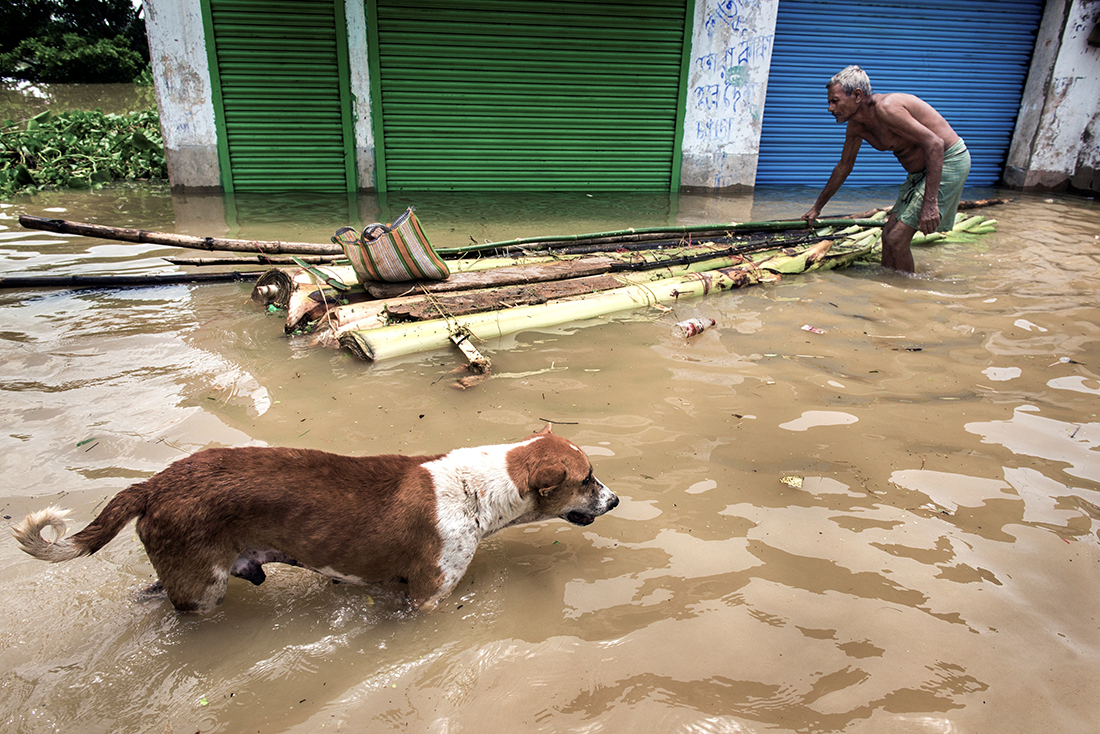 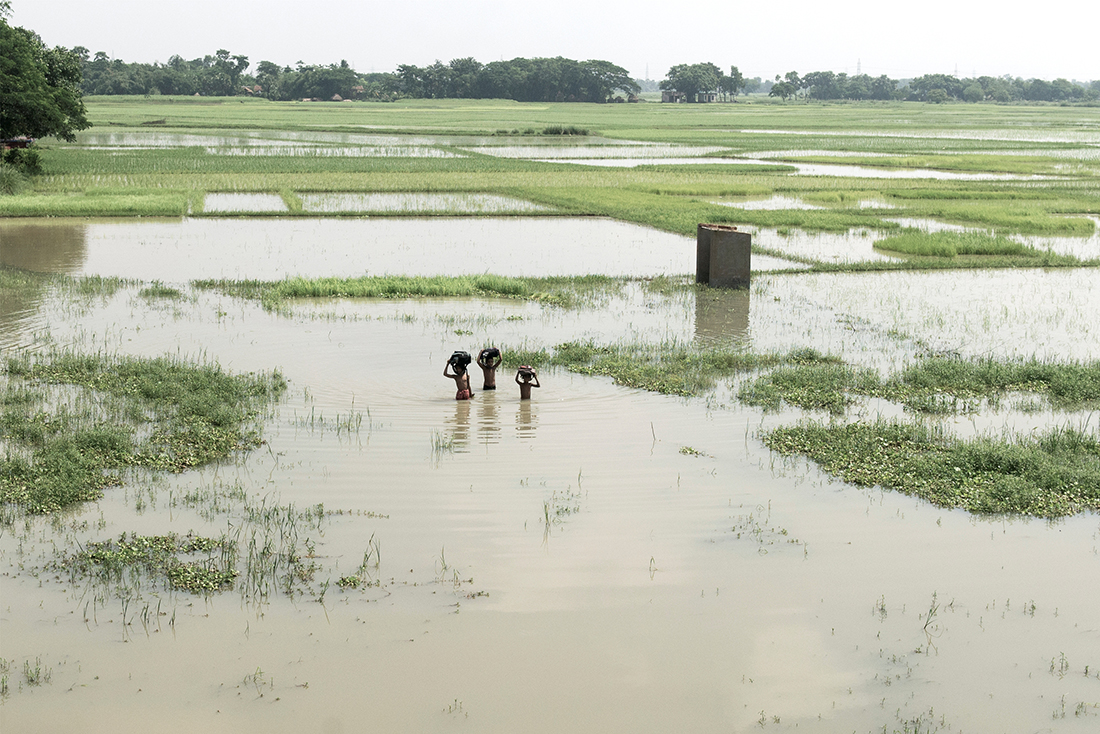 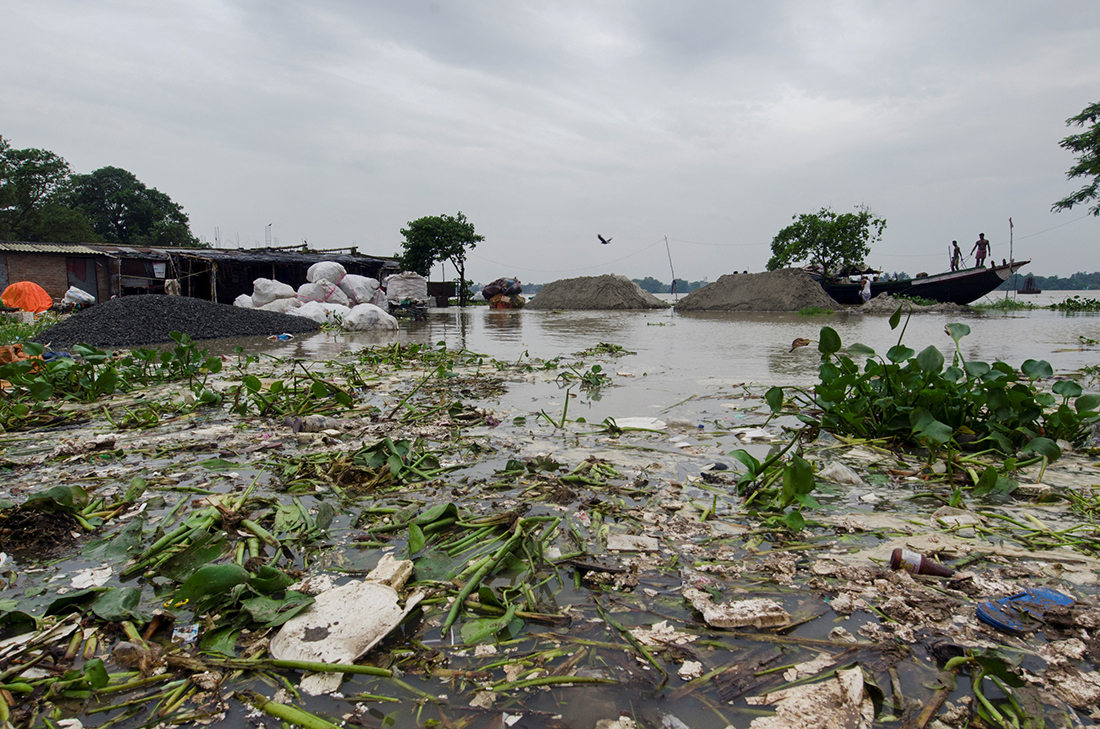 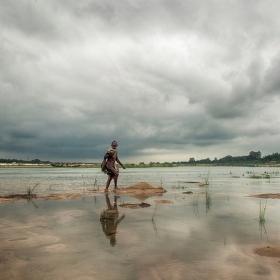 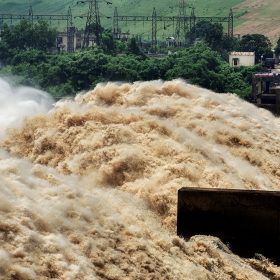 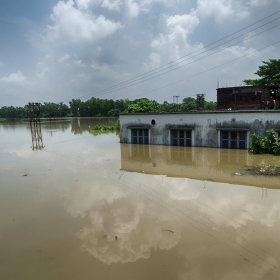 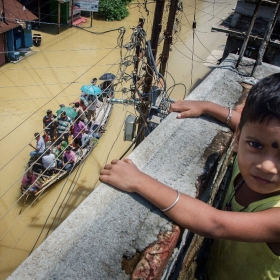 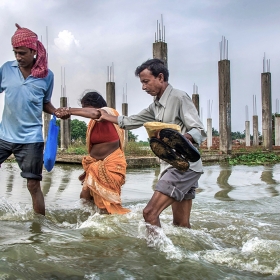 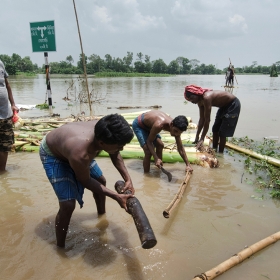 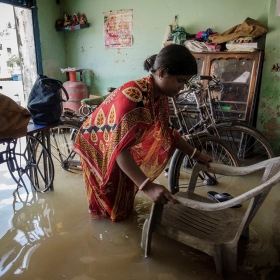 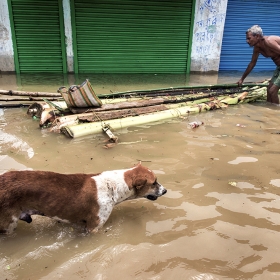 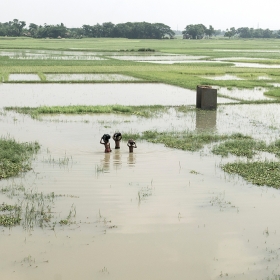 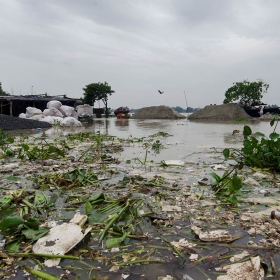 Ranita Roy
Flood in West Bengal, India
Share
Support this photographer - share this work on Facebook.
The floods of West Bengal have an exceptional peculiarity. Though the state receives heavy rainfall, yet it’s mostly affected by water from adjoining states or countries. The stagnated condition of the Mahananda river in the Northern region affects Cooch Behar, Jalpaiguri, North Dinajpur, South Dinajpur, Malda and relatively affected Darjeeling.

The area of Bhagirathi-Hoogly basin is getting flood affected due to high rainfall and limited carrying capacity of the river Bhagirathi. Delay in drainage causes more accumulation resulting in a spread of flood.

In The basin of river Damodar, the upper catchments of Jharkhand plateau, above Durgapur, generates heavy run-off during high rainfall and is carried to Durgapur may cause a flood. On the other hand, any major spillway discharge from Kangsabati Dam may cause a flood at Midnapore town.

In this project I want to show the devastating effects of floods on natural and human life which ultimately effects on peoples livelihood, both occupationally and geographically and this fund will not only help me to complete the project also help me to help to get community support to generate aid and solution.

About author:
I ALWAYS wanted to live A CREATIVE LIFE. Born and brought up in Andul, a small town under Howrah District in West Bengal, India, grew up with a great interest in Art. My goal is to show the different moments and moods of life. I focus on a place with regular people in exaggerated situations that highlight an aspect of who they are. I look for a sense of defiance and fortitude in my work. Picking up a camera gives me an opportunity to capture a specific vision to share with others. Ultimately, a well-captured image represents a moment in time that is expressed infinitely, and that’s enough of a reason for me to hang a camera around my shoulders wherever I go.