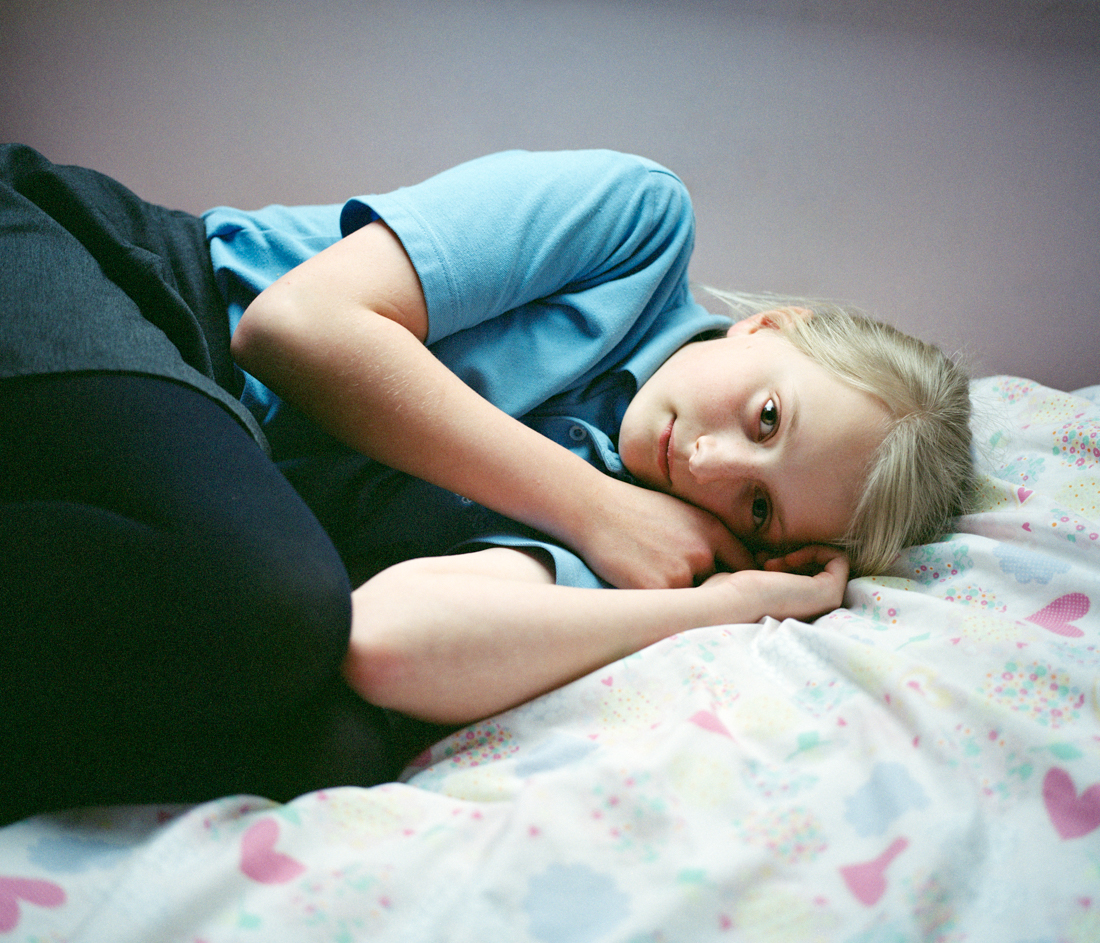 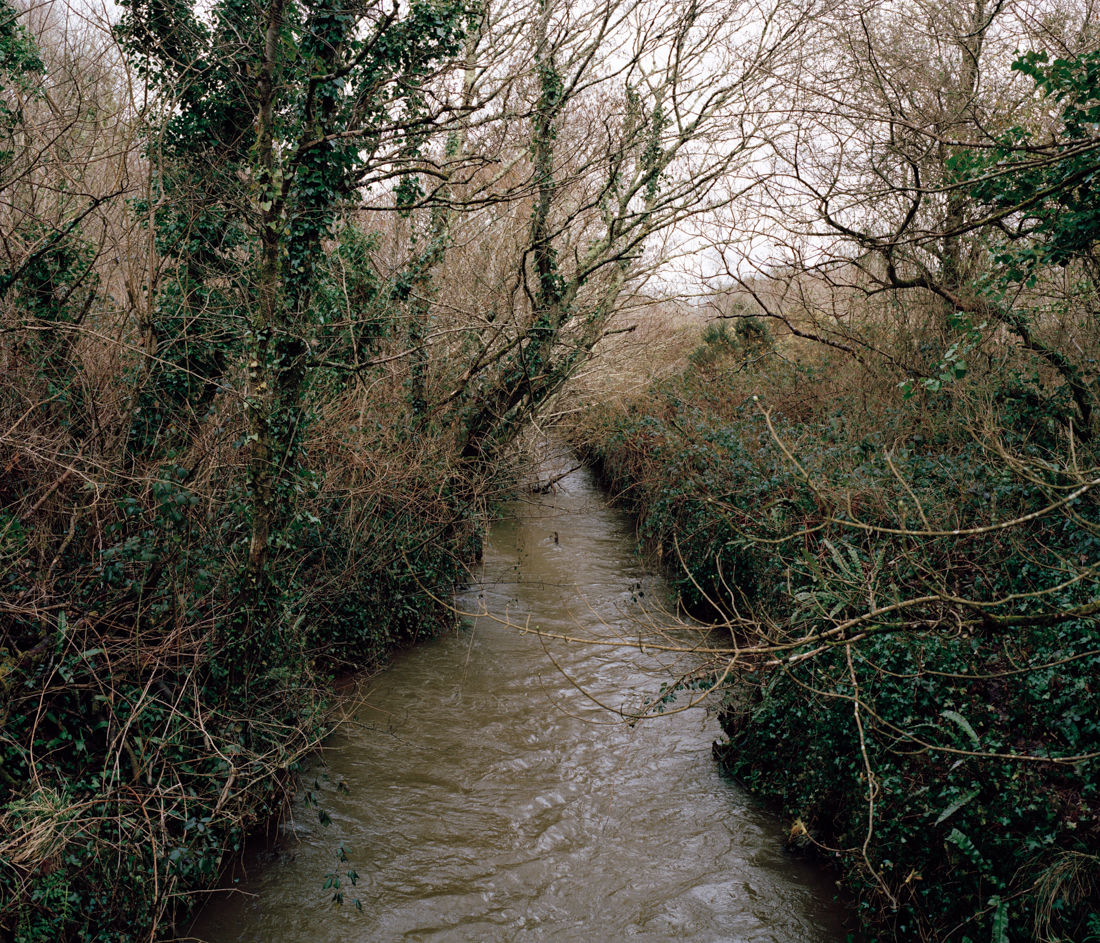 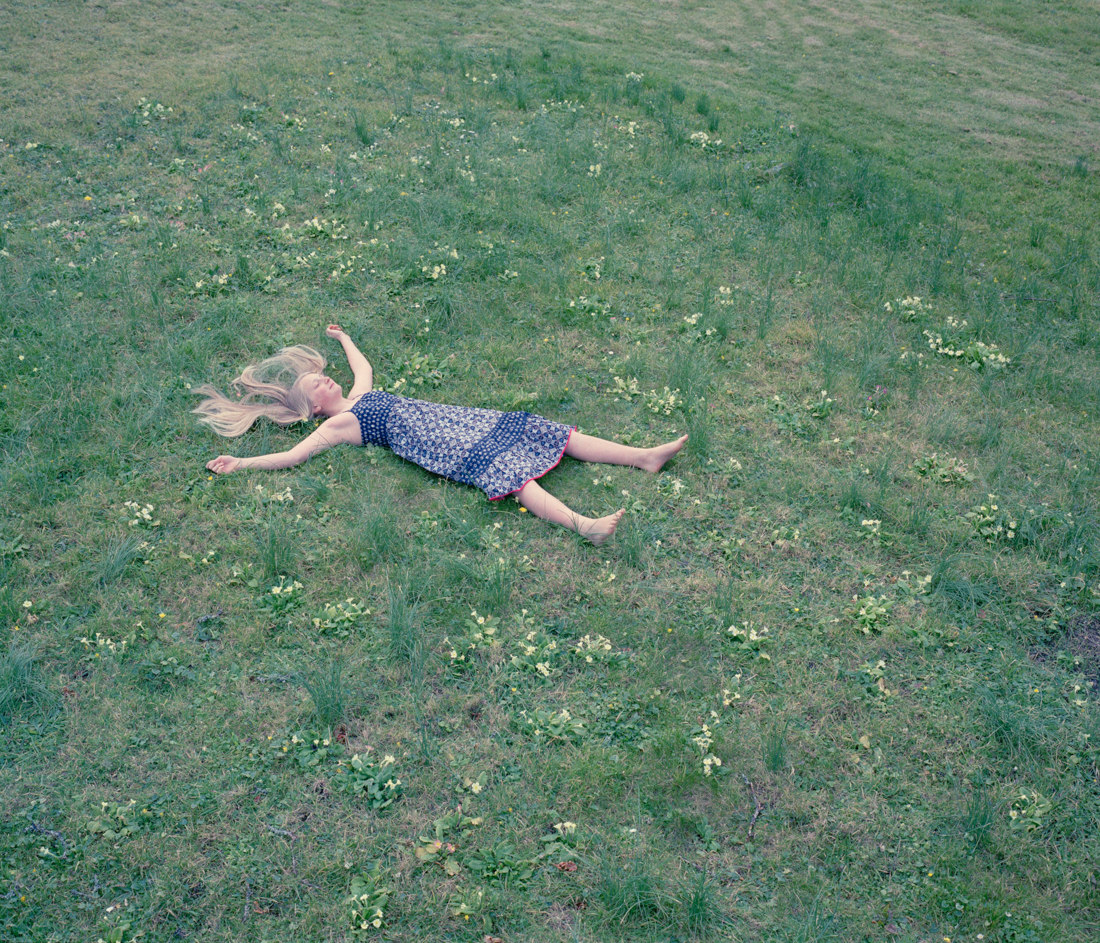 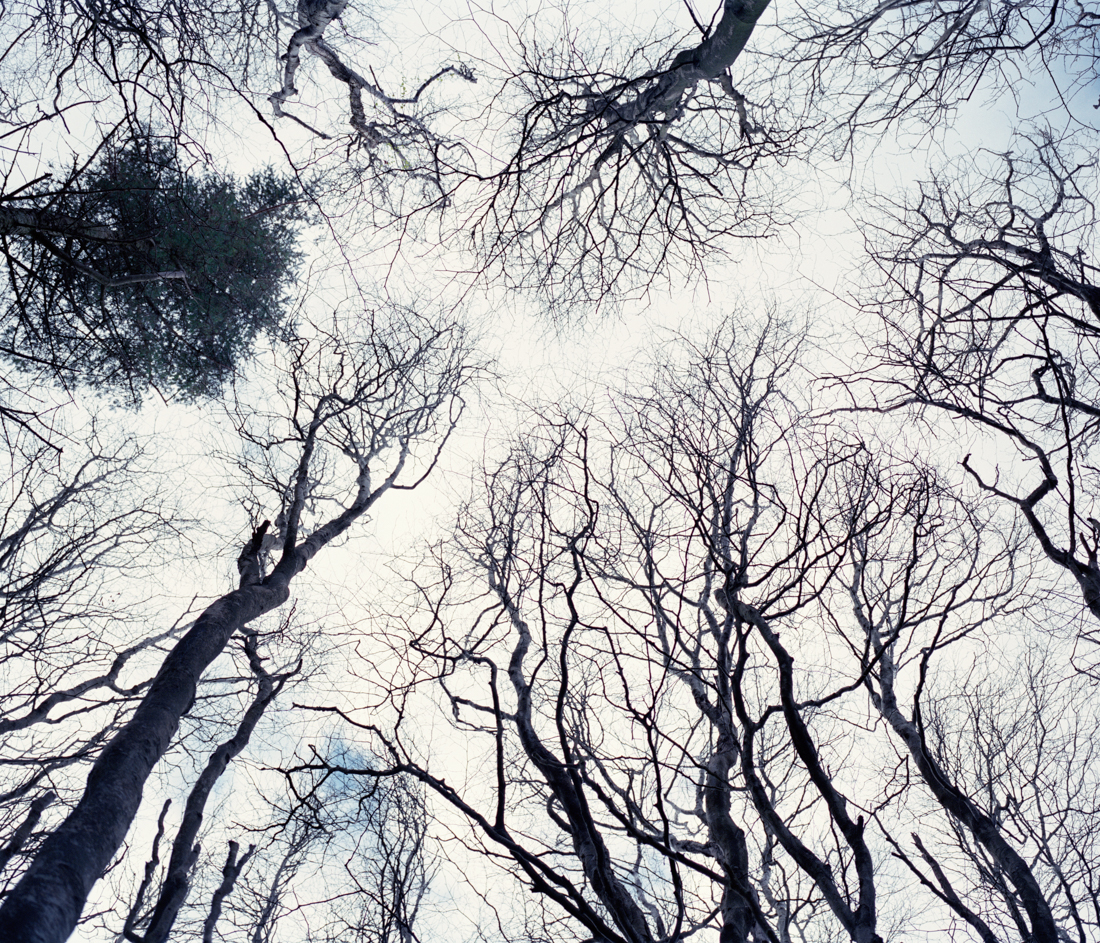 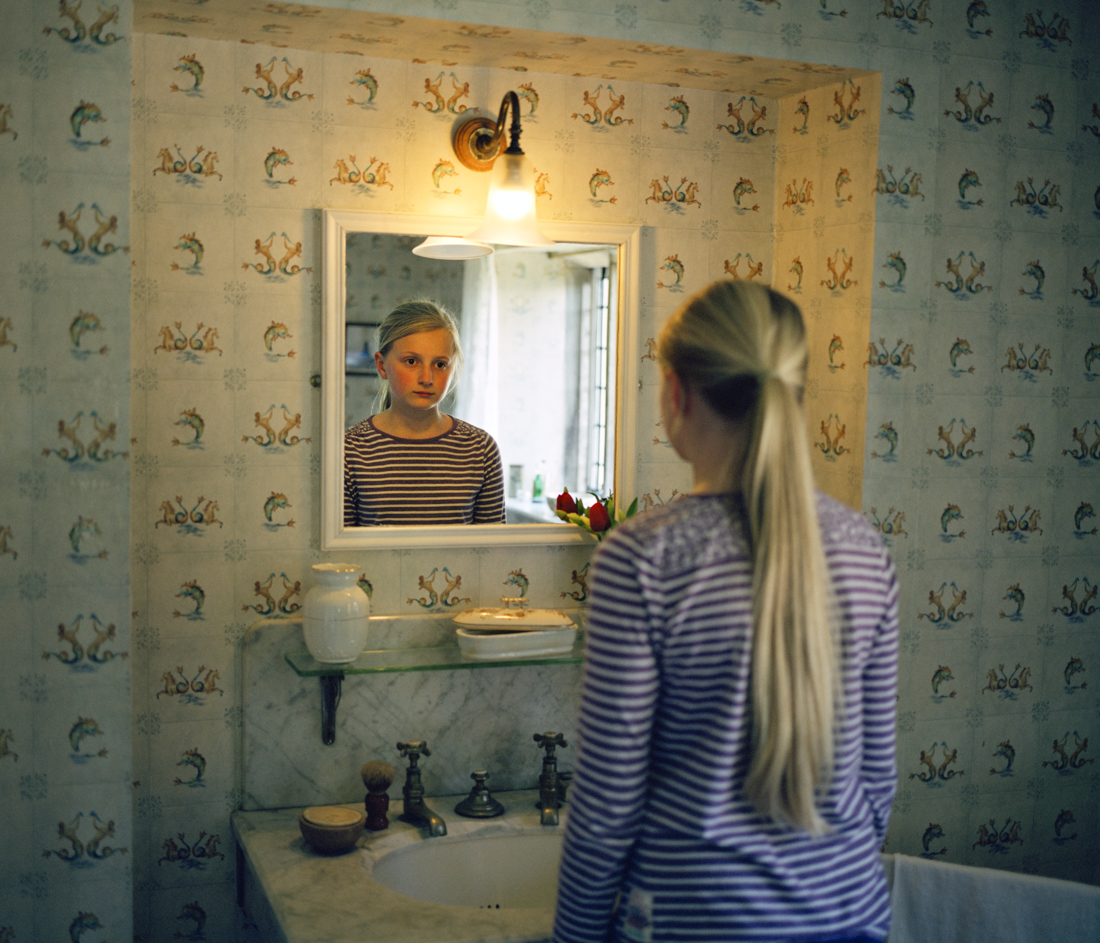 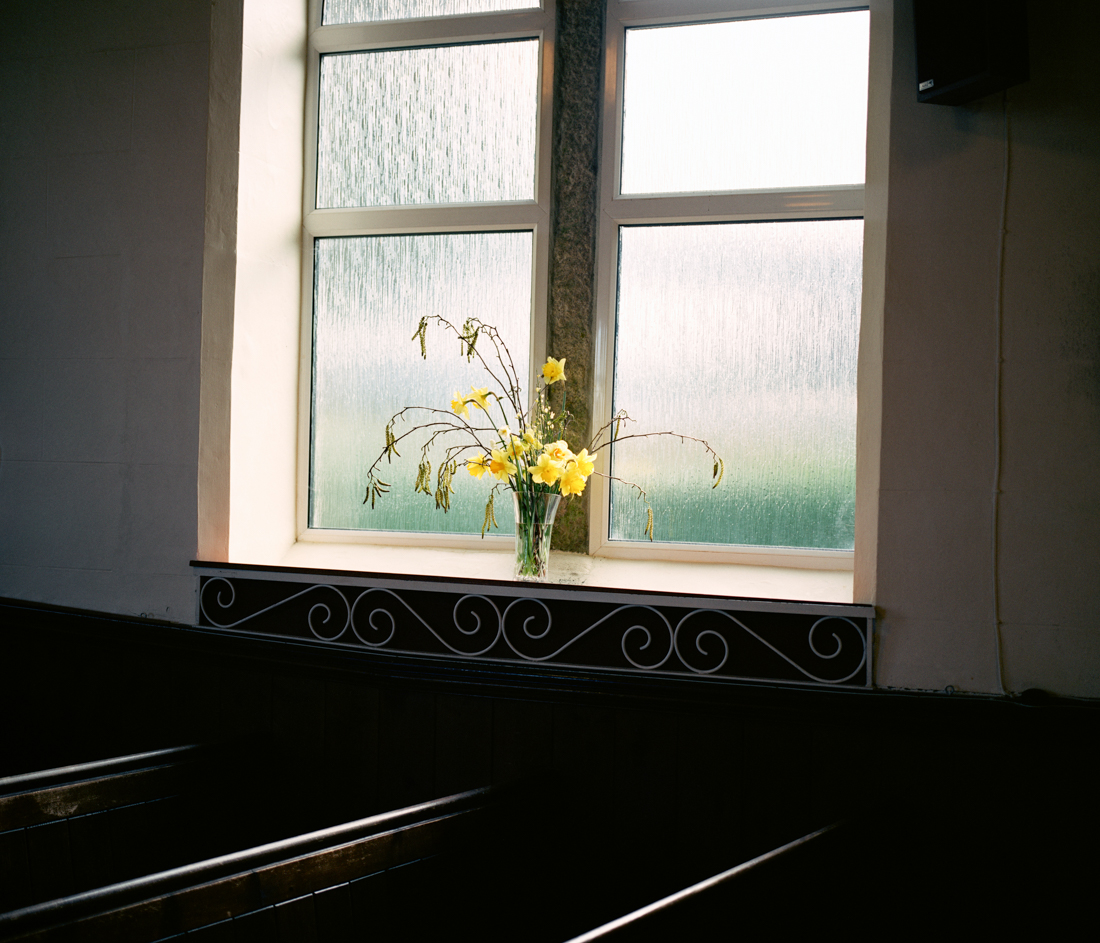 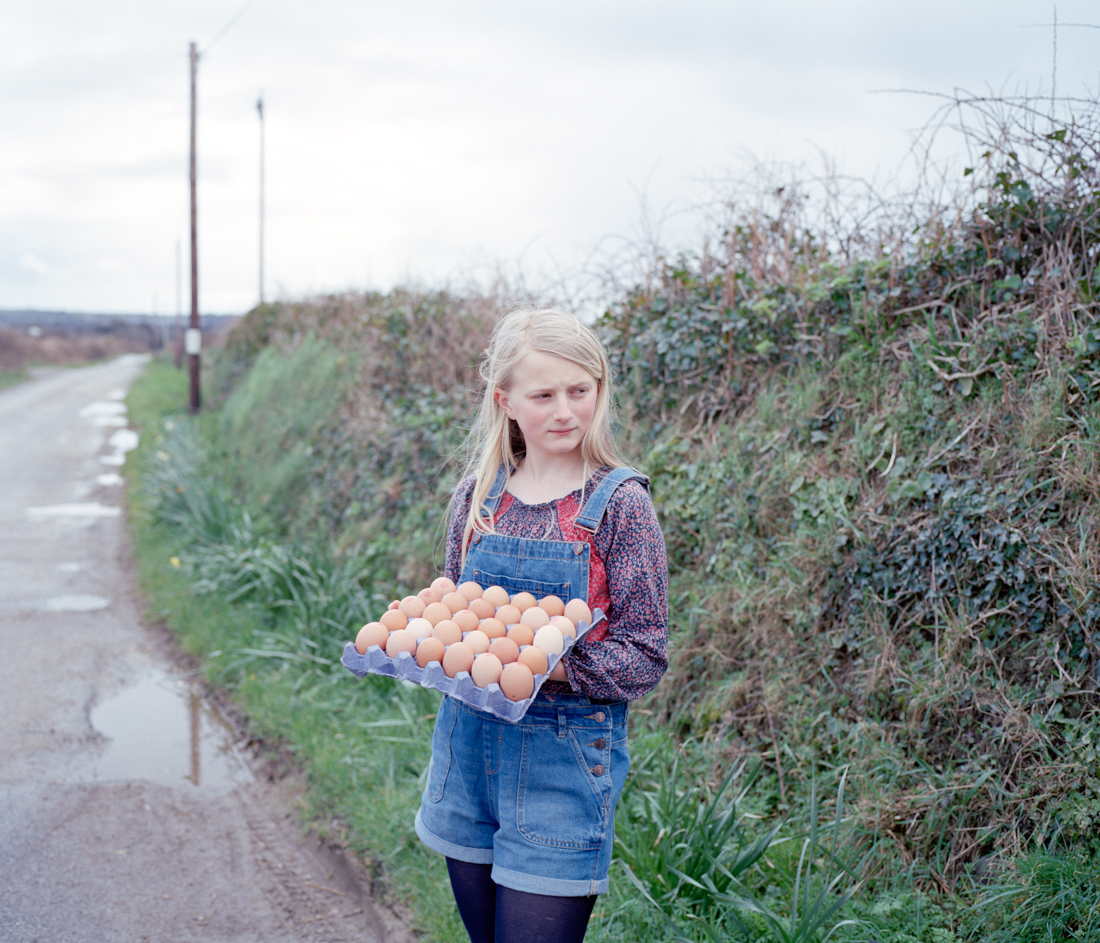 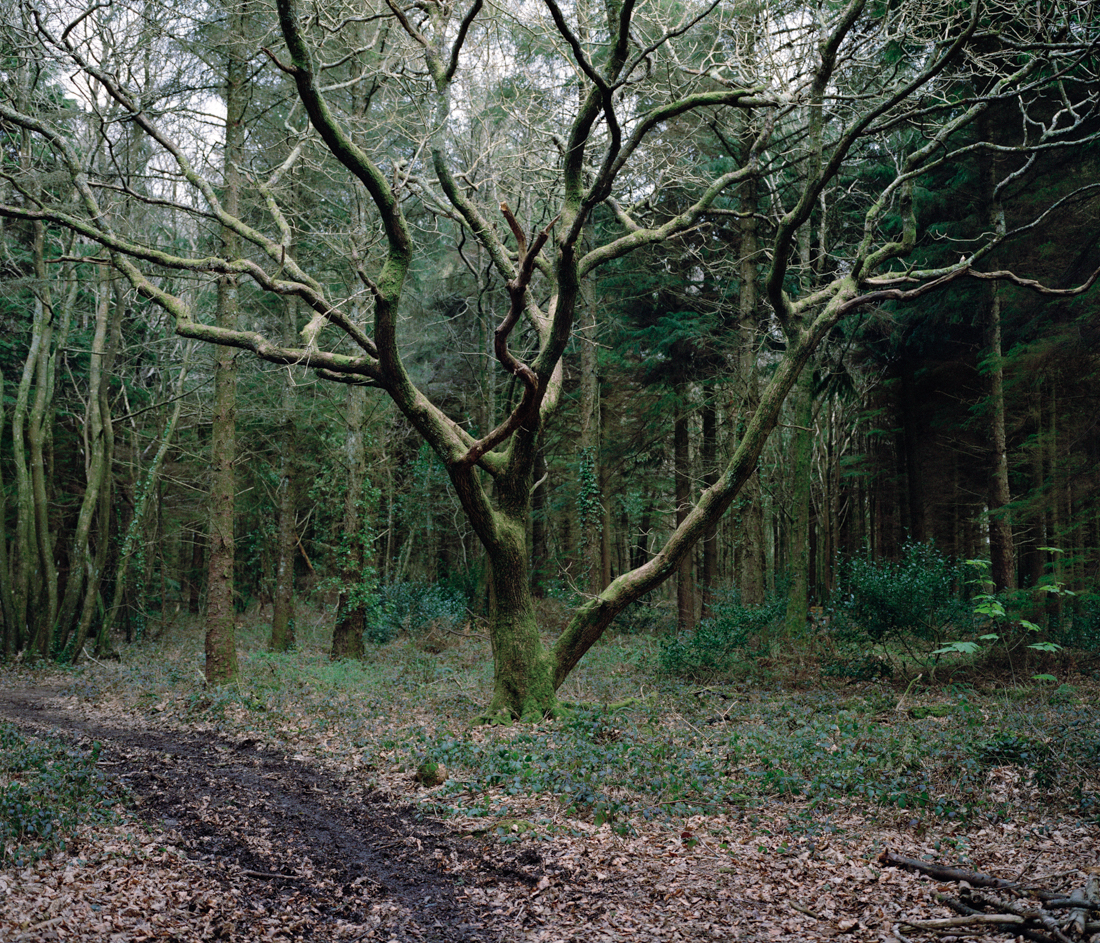 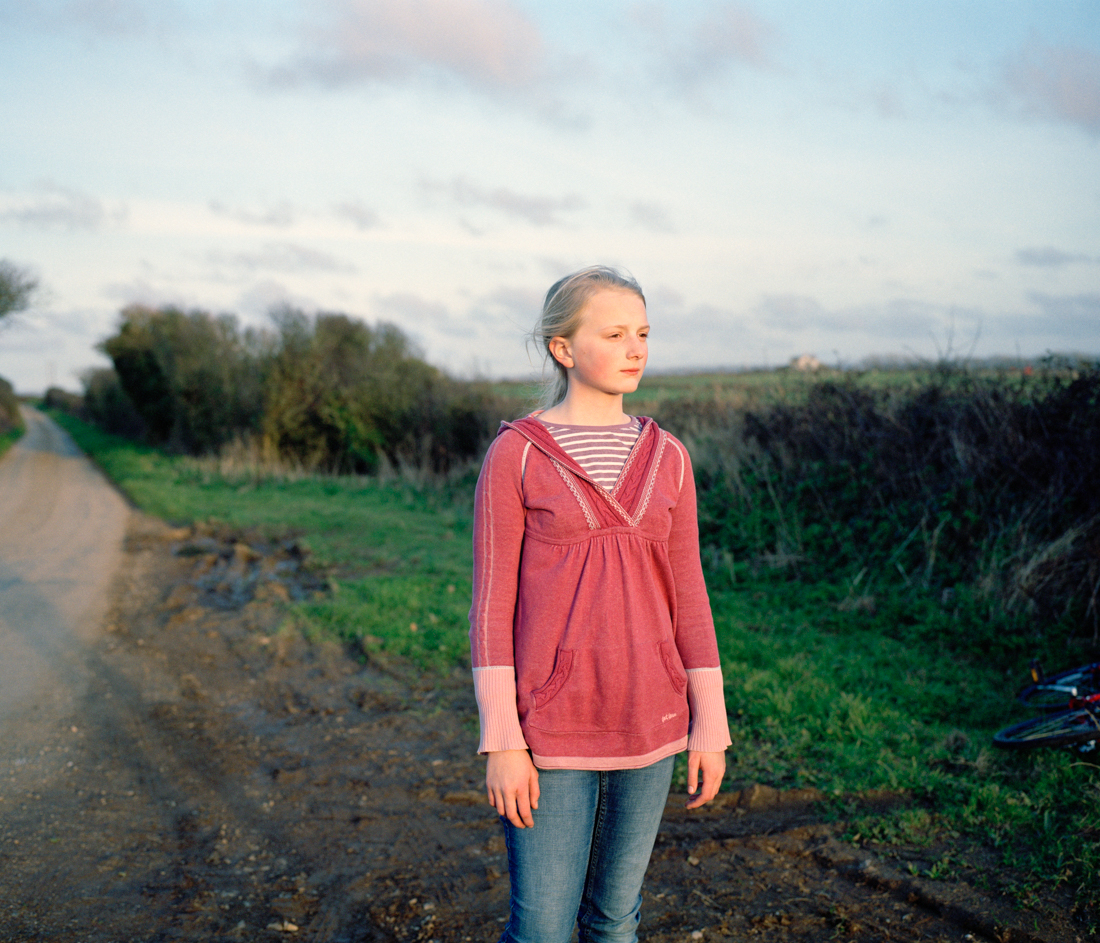 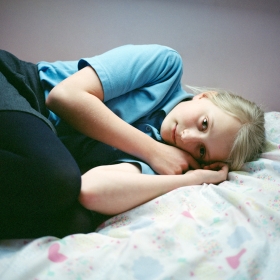 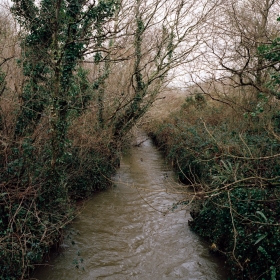 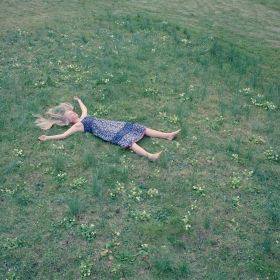 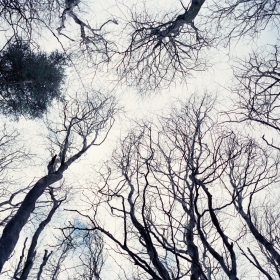 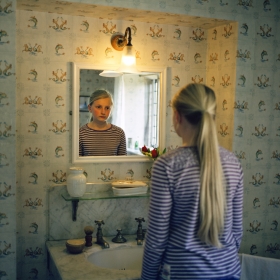 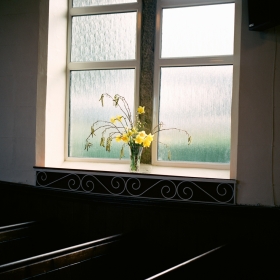 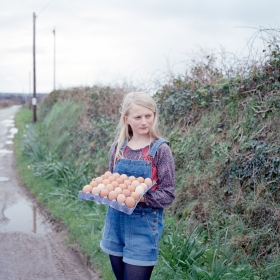 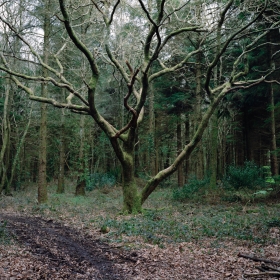 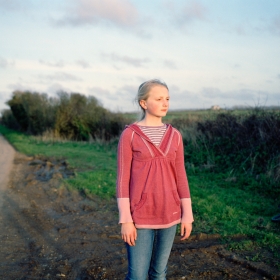 Imogen, Shakespeare's heroine in Cymbeline, King of Britain, overcomes adversity in her quest for the truth, and in turn discovers herself. The portrayal of Imogen in Cymbeline is that of ideal womanhood. The challenges she faces test her character and her relationships throughout this physical and psychological journey. Nervous innocence, associated with youth and naivety, is tested and reassurance sought. The emotional struggle advances as Imogen faces betrayal and disappointment. A growing depth of character and tenacity start to shine through, and though implausible, we find that virtuosity reigns and Shakespeare pens, impossibly, a happy ending.

Imogen, my sister, portrays girlhood within an idyllic landscape, exploring this audacious journey as an uneasy fairytale. These intimate portraits and mysterious landscapes surround a small hamlet on the north coast of Cornwall, the place Imogen calls home.

This work is a celebration of youth, reminiscent of a simpler time, representing the challenges children face during their adolescent years; conquering their fears and inhibitions before accepting unforeseen realities. A life of simplicity slowly fades into a life where significant changes are expected. Difficult choices confront them and require an immediate response. The direction of this chosen path, at this critical time, will map and determine a different experience which will, ultimately, shape their future. My sister is on the brink of her personal transformation; fragile, impressionable, but expectant and resolute as her individual journey seeks its, possible, happy ending.


About author:
My name is George Curzon and I recently graduated with a BA (Hons) in Documentary Photography at the University of South Wales in Newport, now in Cardiff.