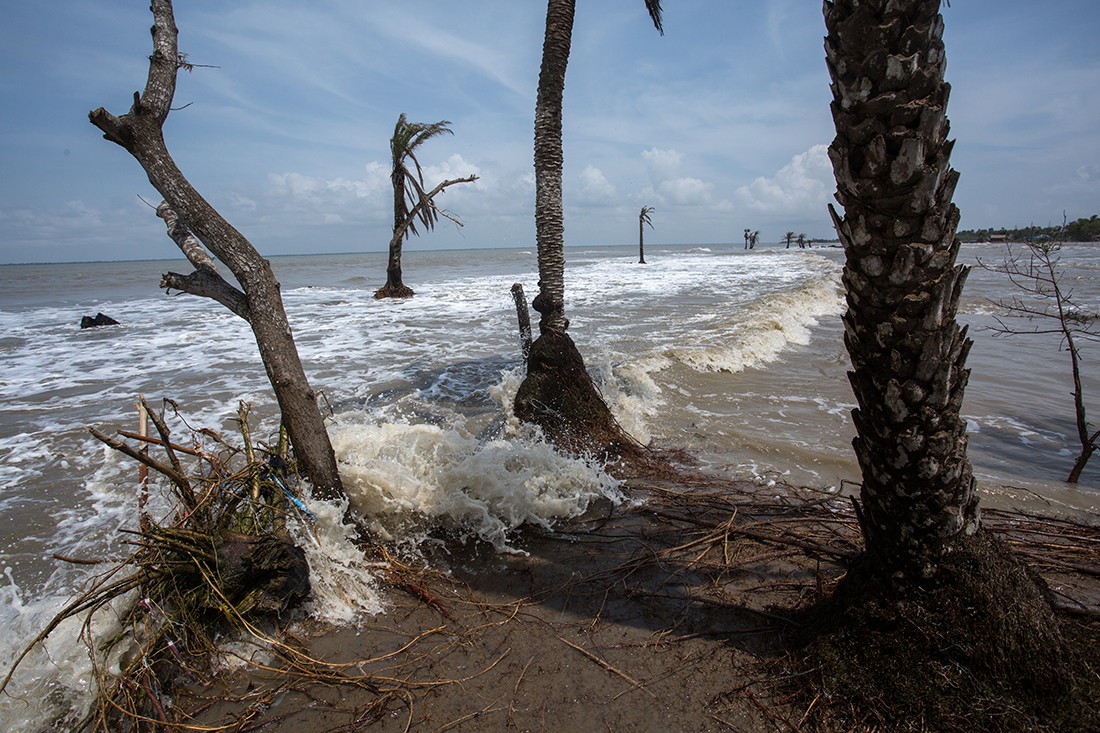 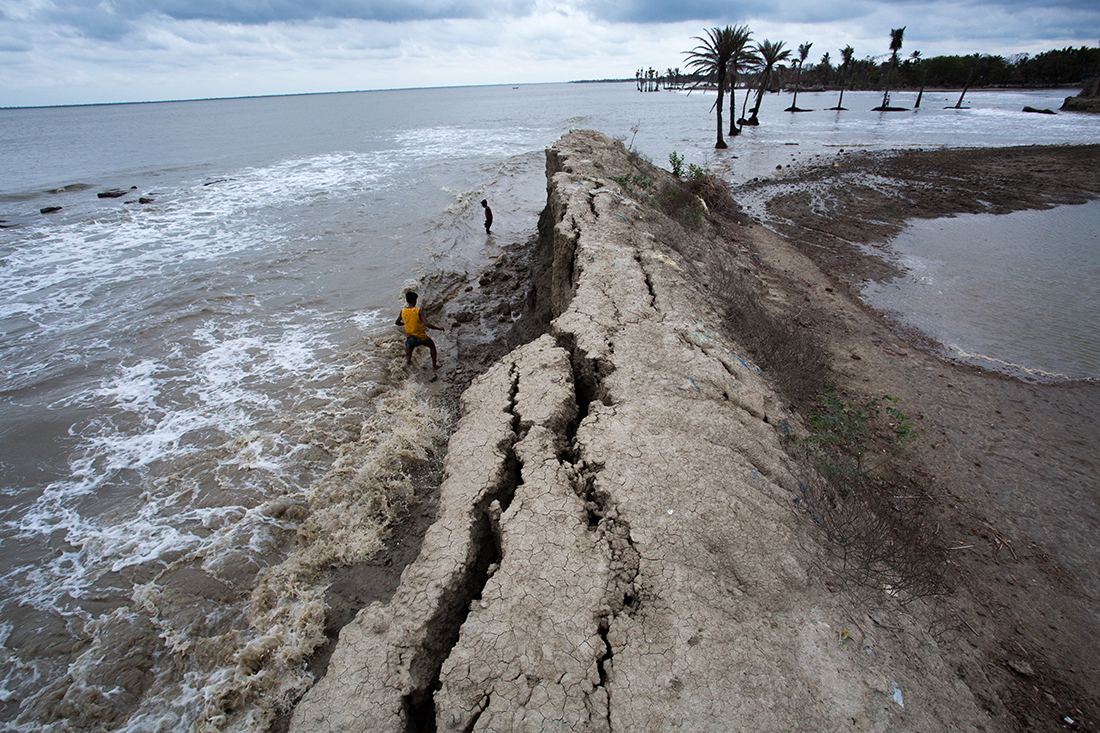 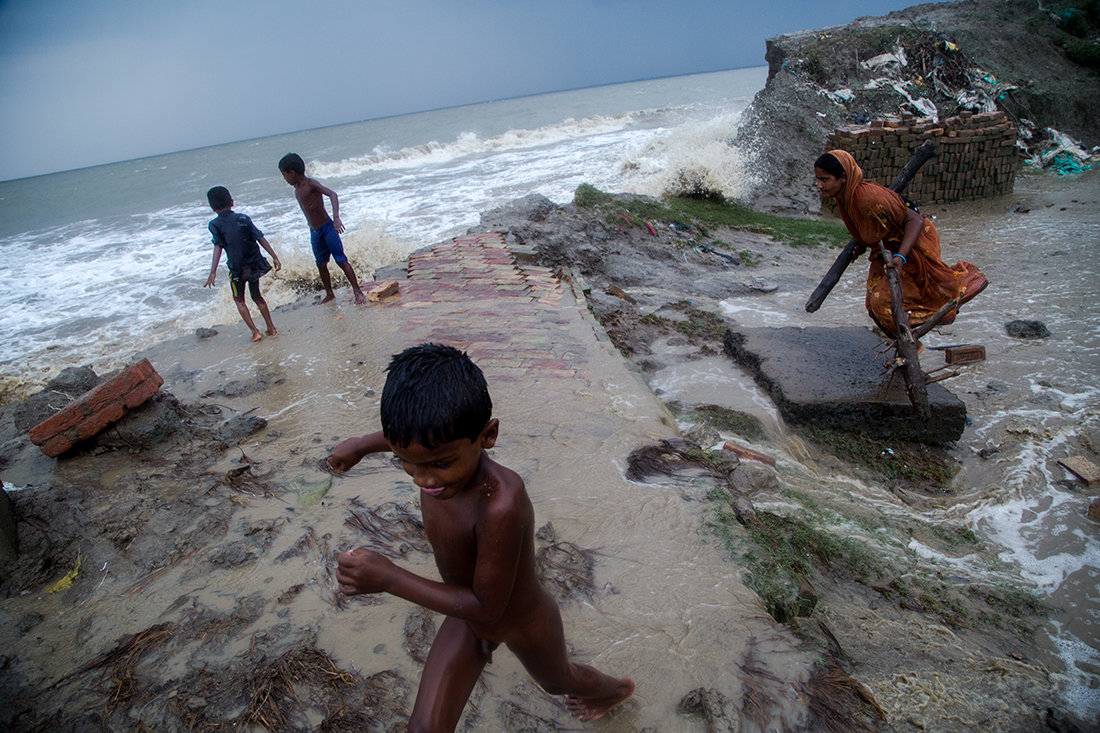 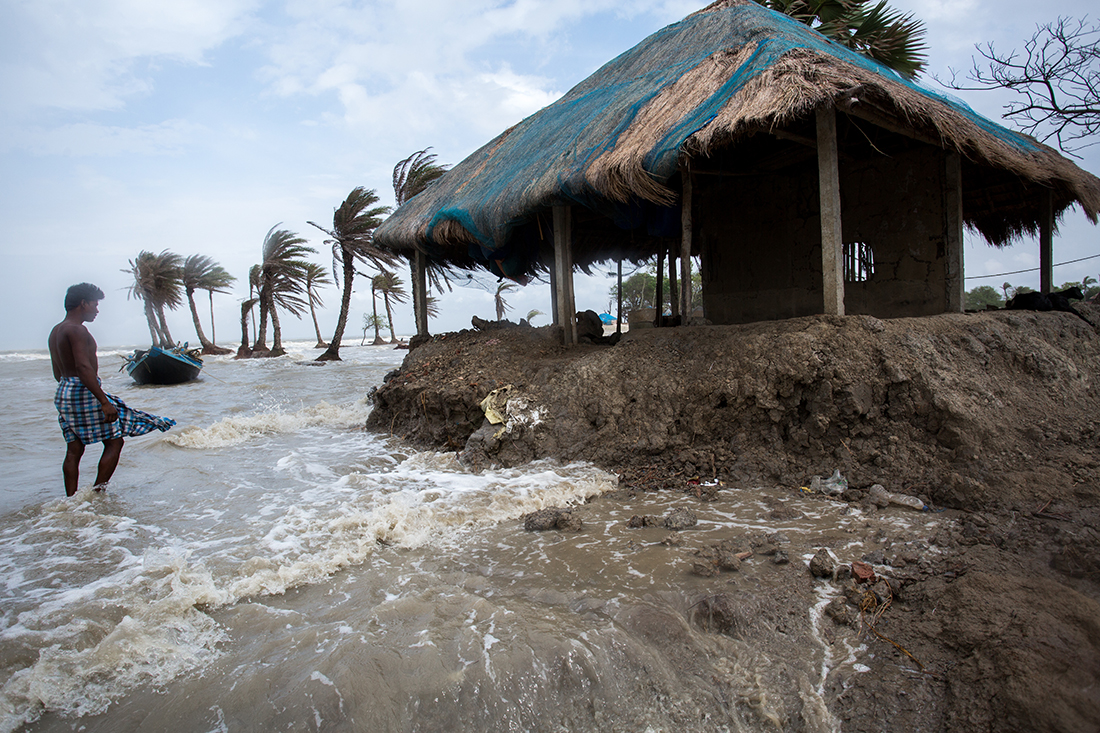 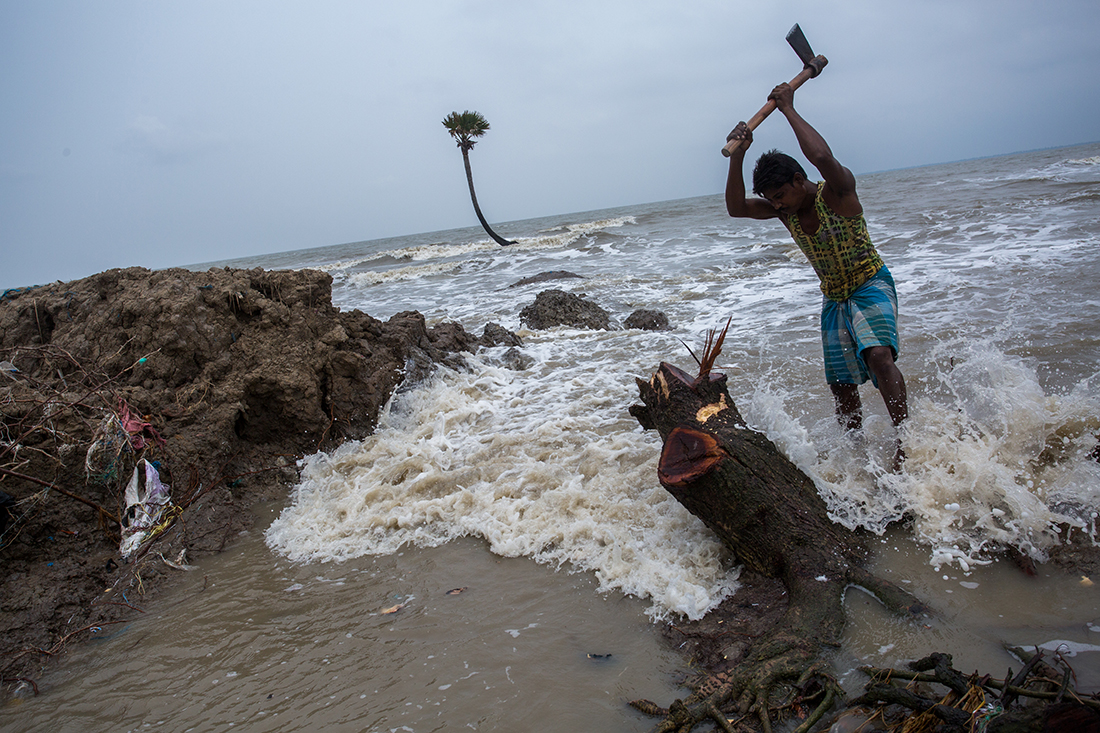 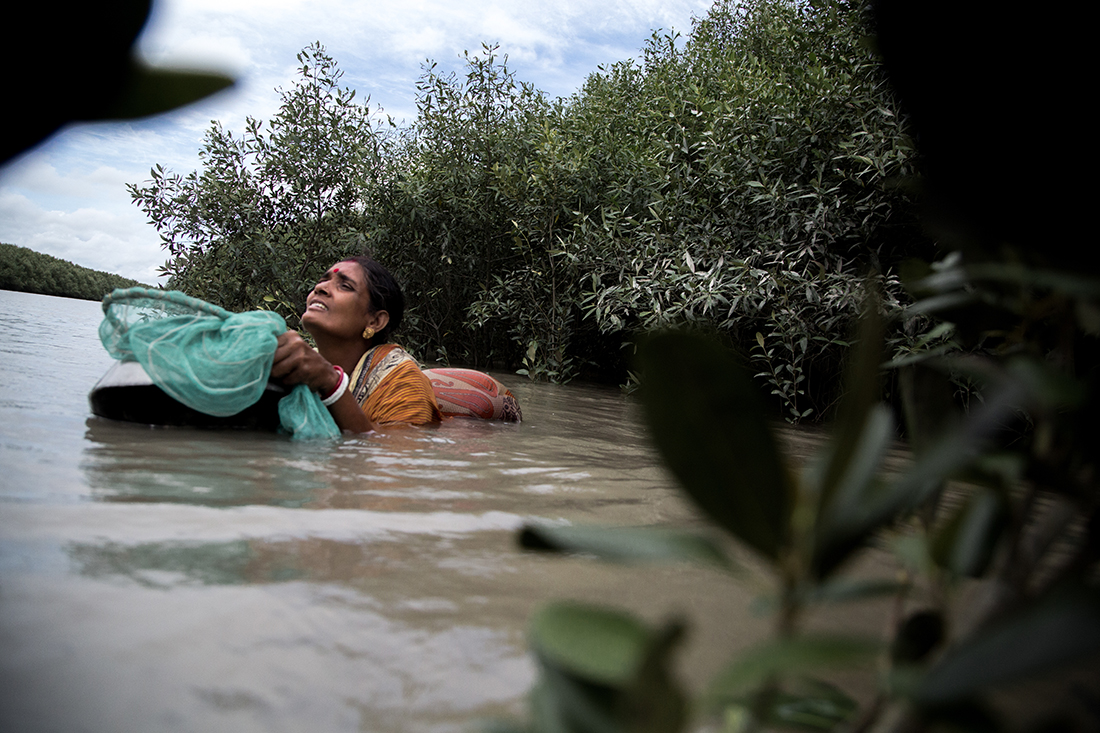 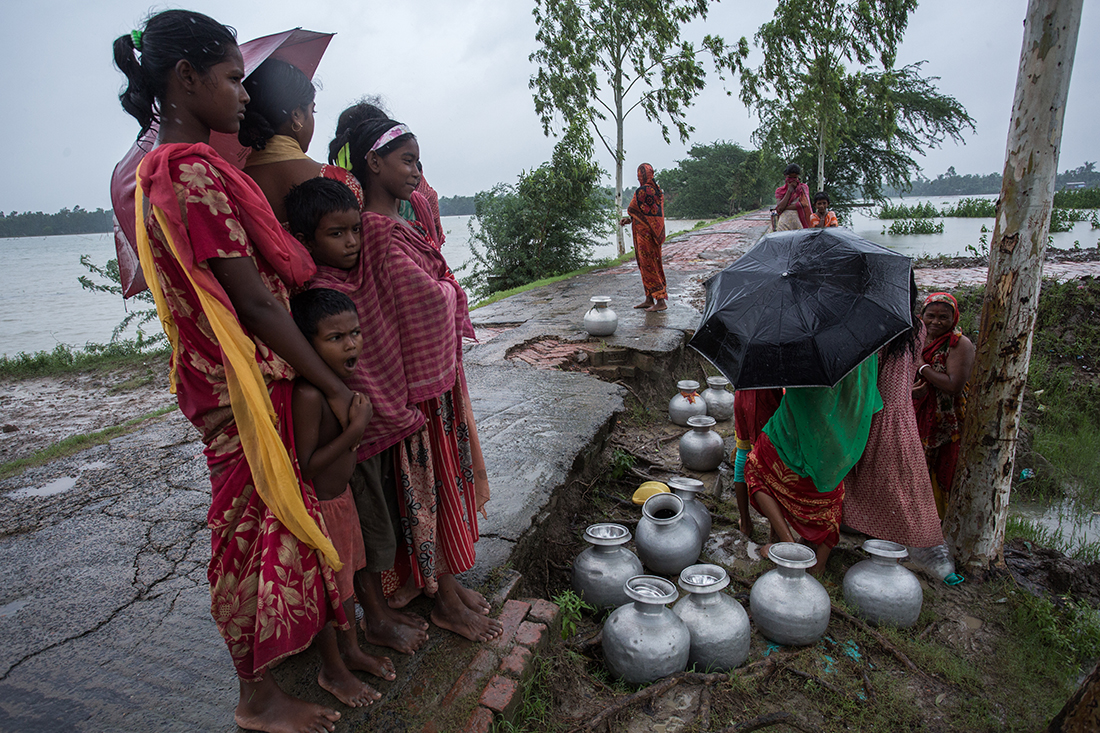 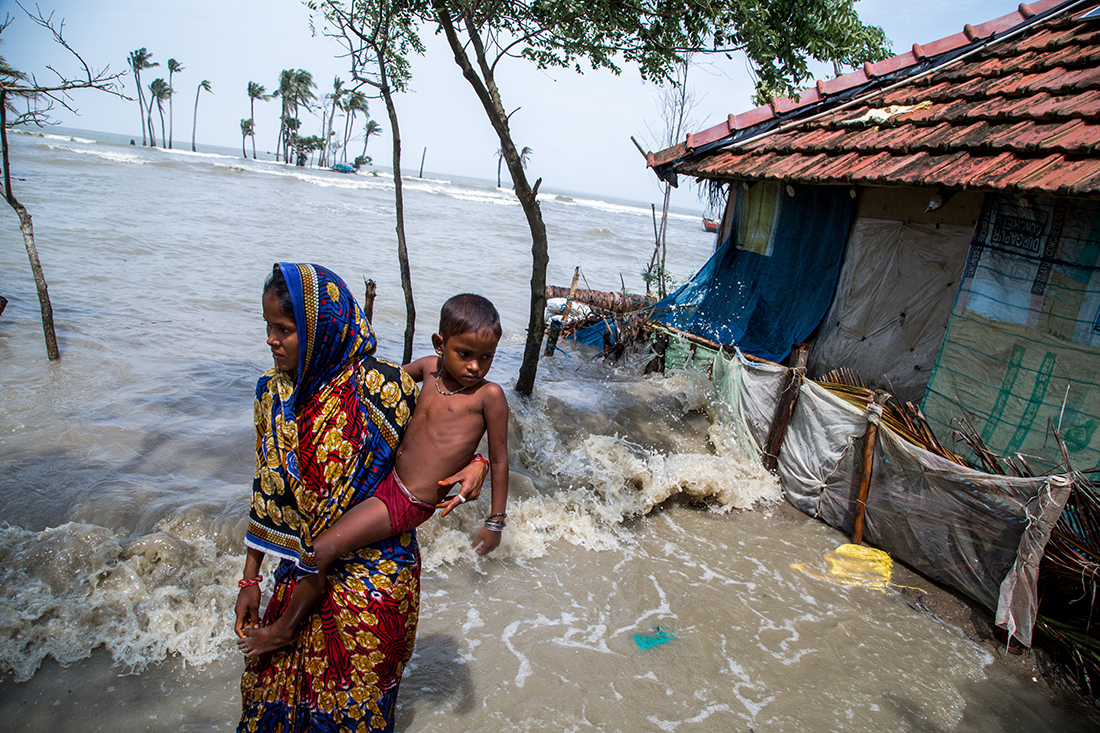 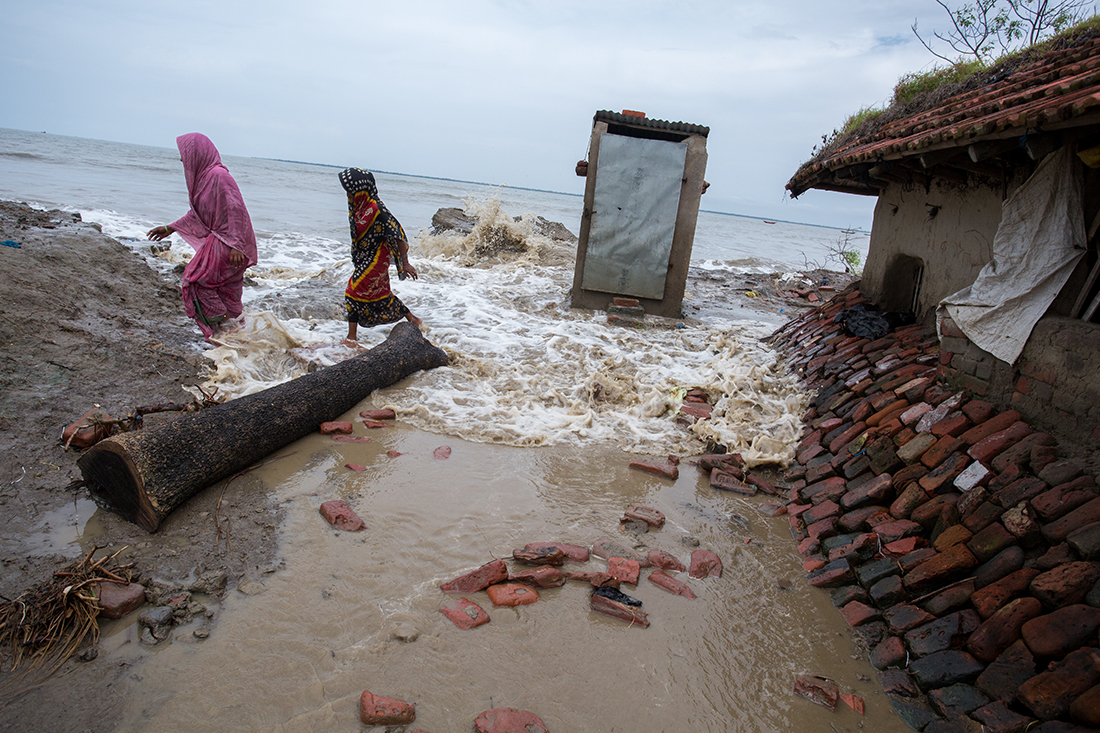 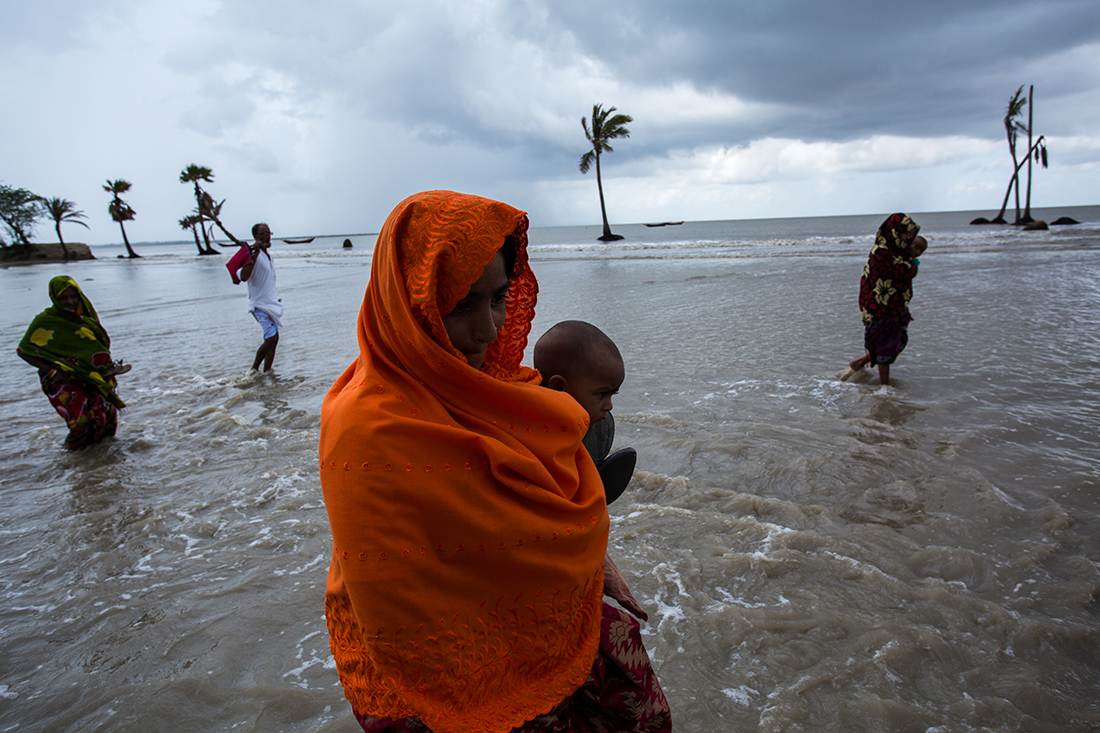 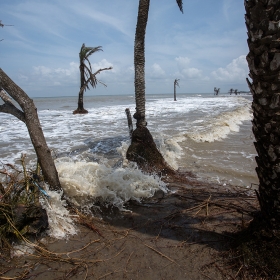 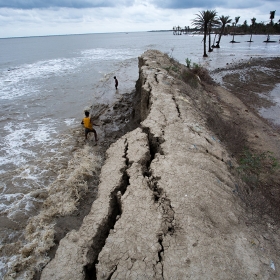 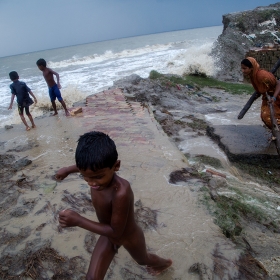 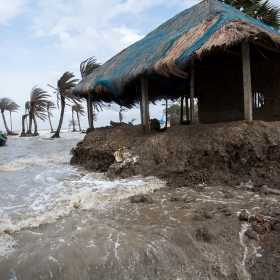 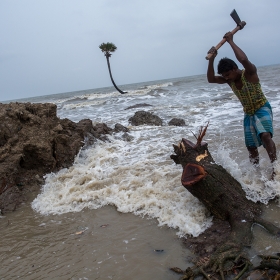 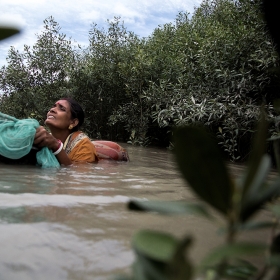 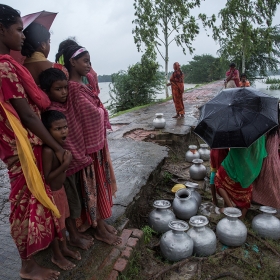 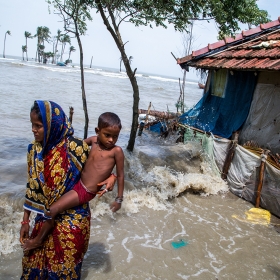 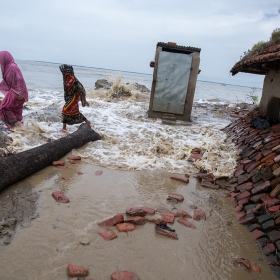 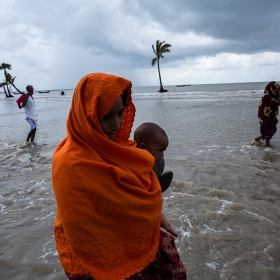 Supratim Bhattacharjee
Sinking Sundarbans
Share
Support this photographer - share this work on Facebook.
The southern part of the Ganges- Brahmaputra-Meghna delta shared by India and Bangladesh has the biggest single area of mangrove forest in the world; it consists of 108 swampy islands. Its expanse in India (West Bengal) is around 4000 sq kilometer. The region has been declared as a UNESCO World Heritage Site. I have been visiting this place quite frequently since the last three years to discover a different story of Sundarbans. In this story I will let my viewers see the struggle of a sinking Sundarbans!

The coastal regions around the world are threatened by ‘global warming’ and the resultant rise in the sea level. Sundarbans is a place where the effect is quite intense. While the rate of sea-level rise is 2 mm per year in the whole world, in case of Sundarbans it is 3.14mm per year. Predictions say that 25 percent of the human habitats in Sundarbans will be drowned by 2020. India will need to accommodate the ‘climate refugees’. A rural area like Sundarbans is not equipped with the measures to face the fatal consequences of global warming.

Deforestation has cast a gloom over the land of Sundarbans; the inhabitants have severed a huge number of trees to collect wood for fuel, leaving the soil vulnerable to the attack of water. The mangrove forest in Sundarbans used to work as a buffer against the storms and cyclones. Now that the buffer is destroyed, the main land is under a severe threat from natural disasters. The trees used to hold the soil tight and in their absence the land has become so weak that it can be easily devoured by the river or the sea water. The level of soil erosion is increasing everyday and water is gobbling the land. Places like Ghoramara, Mousuni and the Sagar Island are almost drowned. This destruction will not remain limited within Sundarbans. Predictions are saying that a large portion of Kolkata will be submerged in the next fifty years.

As an effect of the global warming the intensity of storms has increased to a great extent and the future storms will become more violent. Due to the effect of climatic change the air is gathering a greater amount of water particles; so rains are also getting disastrous by nature. Torrential rains have become quite frequent, causing destructive floods.

People who had plenty of lands before, have lost huge portions of their lands to the sea. The remaining lands have become too saline for cultivation. So, the chance of getting crops is limited now. The resultant food crisis has made life difficult in this place. Some farmers are taking huge loans from the local money-lenders and struggling hard to pay off. The shrewd money-lenders are making huge profit out of this situation. The resources of drinking water have become limited also. People need to travel a long distance just to fetch drinking water. The water they presently get for drinking is of a poor quality.

The scope of cultivation being limited, people are now trying other means of earning. Some are going to the cities; but the cities are not really able to provide such huge employment. Even if employment is provided, these rootless people are often exploited by the employers. It becomes quite difficult for them to sustain a life in the city. Some people are going to the forest and the rivers for fishing, crabbing or collecting honey; death becomes as usual as life for them. Men and women are attacked by tigers quite often when they visit the forests. Crab is a widely sought-after food item in the West; so, exporting crabs is highly profitable. But the scope of profit brings horrible dangers for human life in Sundarbans.

During my trips to Sundarbans I have come across people who have lost their family members to tiger attack; when a person dies in such manner, the backbone of a family is broken. Fear becomes their companion for lifetime. Others manage to live in a meagre income, but they do not ever dare step into the risky areas of the jungle. Such a boy is Laltu (23), whose grandmother was killed by a tiger; so the grandfather has become too protective over the surviving family members.

Whenever I have traveled through Sundarbans, the sheer pain of the human race has stabbed my heart so many times. I took the oath to capture and represent the pictures of Sundarbans to a global audience, so that the cries of the sufferers never fade away in the dazzling lights of modern civilization. I hope that my viewers will feel the same urge to respond to the suffering souls, and in future the people of Sundarbans will find new rays of hope for living life anew.

About author:
I was born and brought up at Baruipur near Kolkata. As a youth I started feeling compassion for the oppressed class whose voice is never heard amid the hustle-bustle of civilization. I deeply wanted to do something about it, but having not enough money then, I decided to move towards commercial photo shoots. After I had accumulated the amount I required, I started working on the subject of my interest. I have traveled through different parts of India, Bangladesh and Nepal. Soon my work will expand to all the SAARC countries. I will represent the gruesome realities of human life in the South Asian Countries with utmost honesty, maintaining the dignity of the human race.