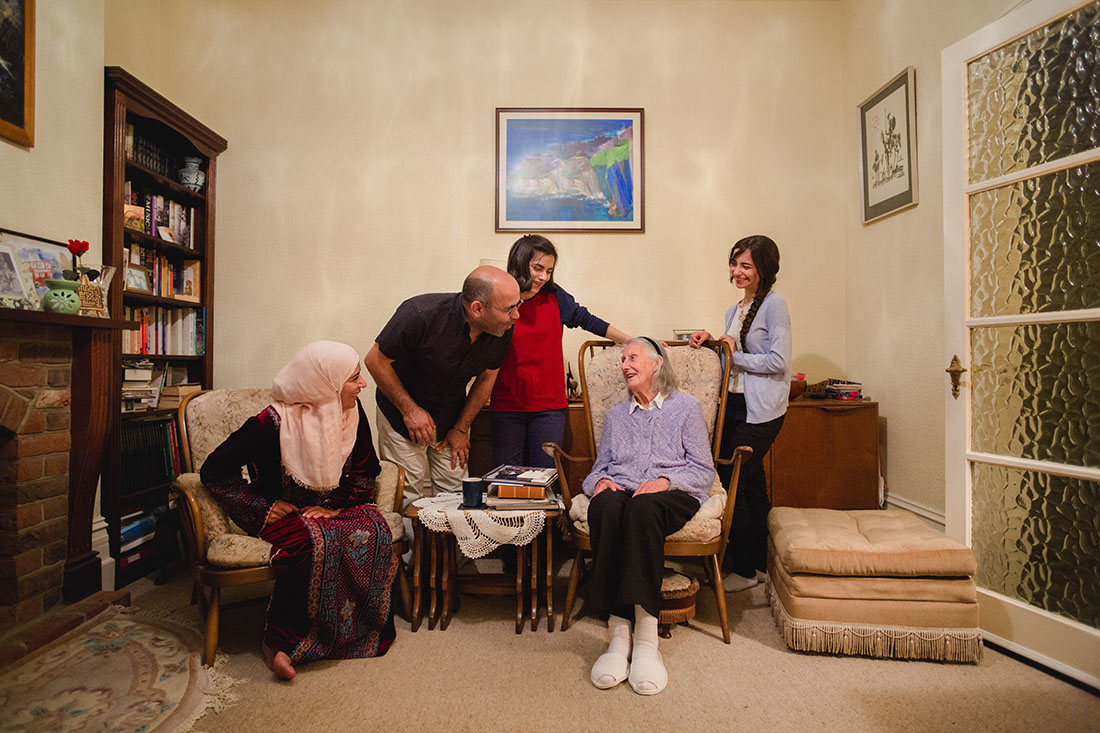 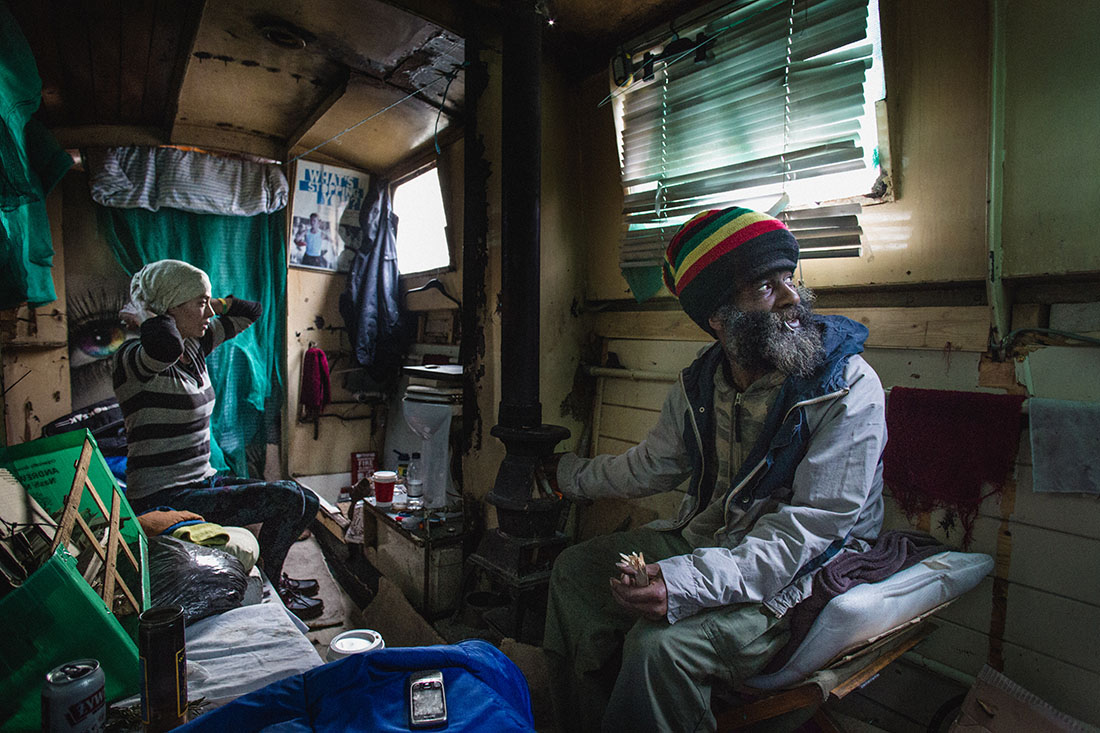 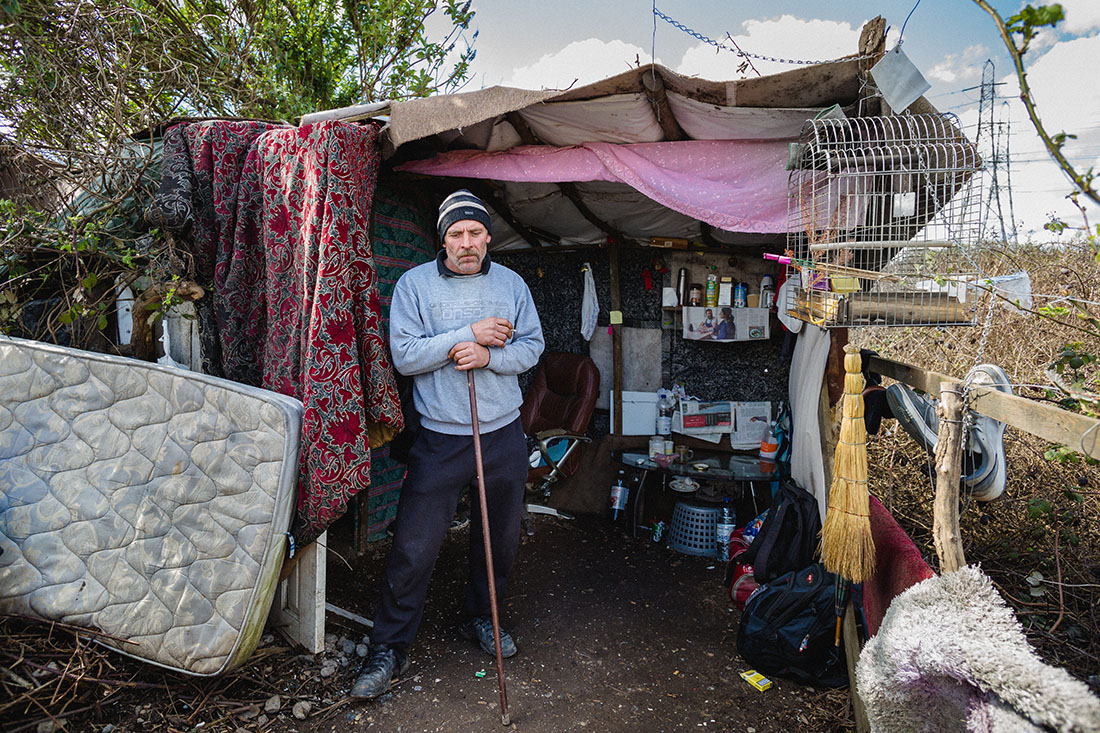 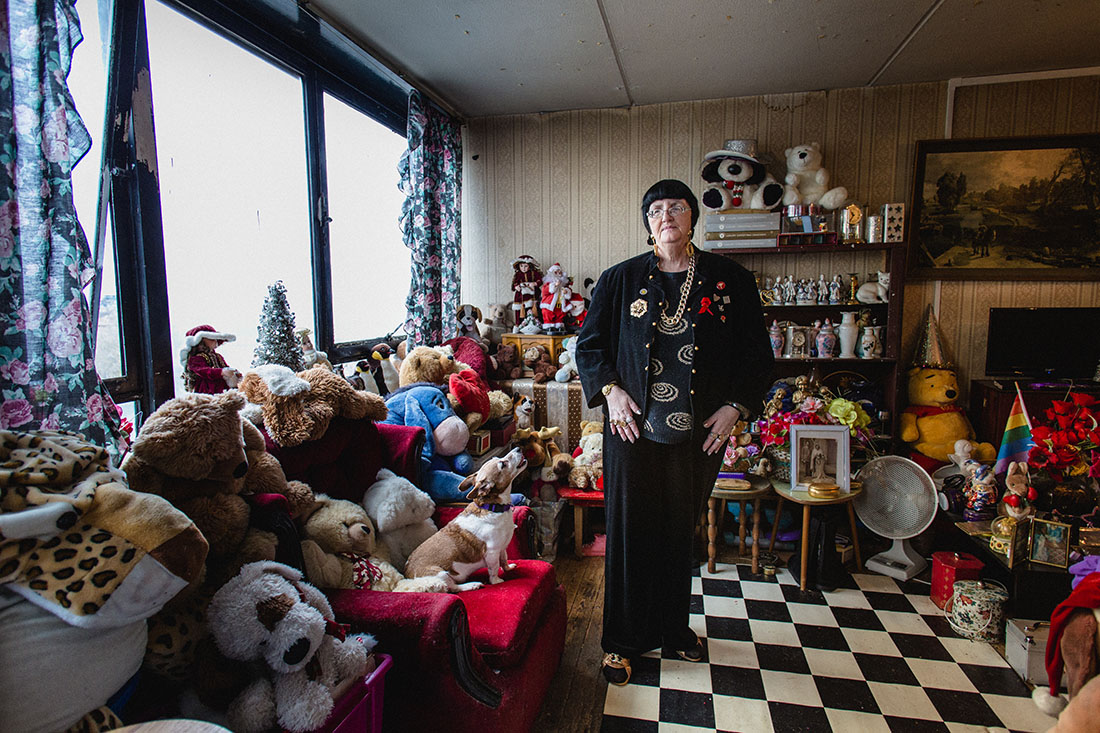 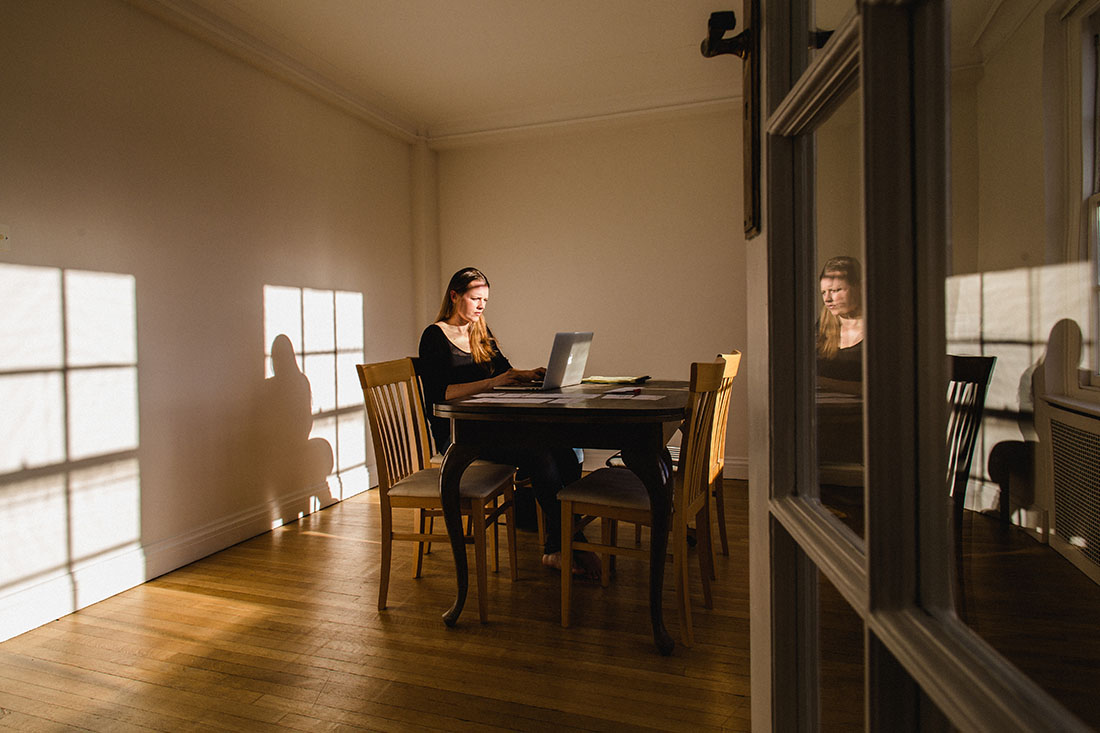 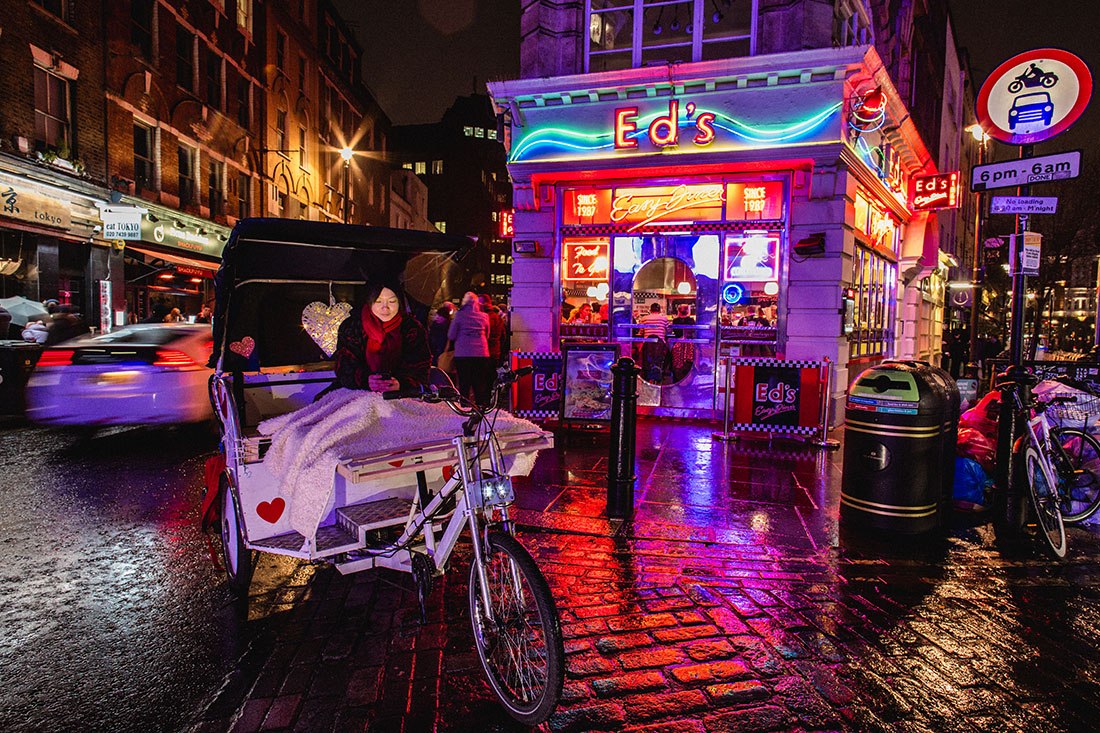 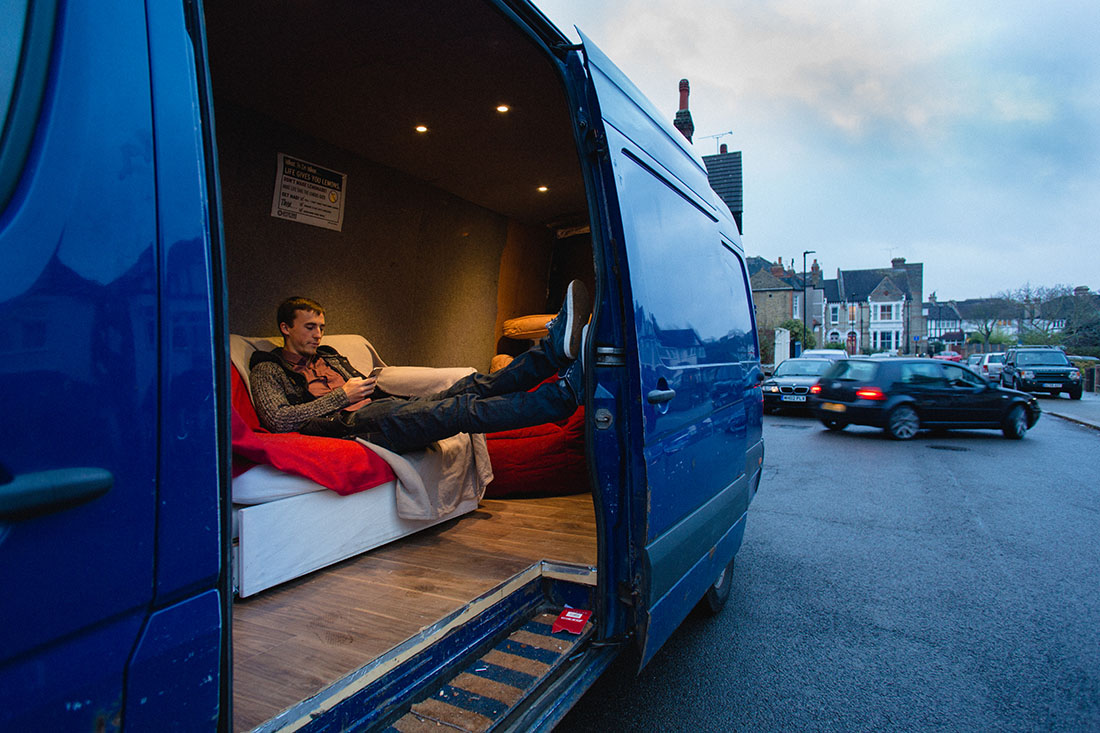 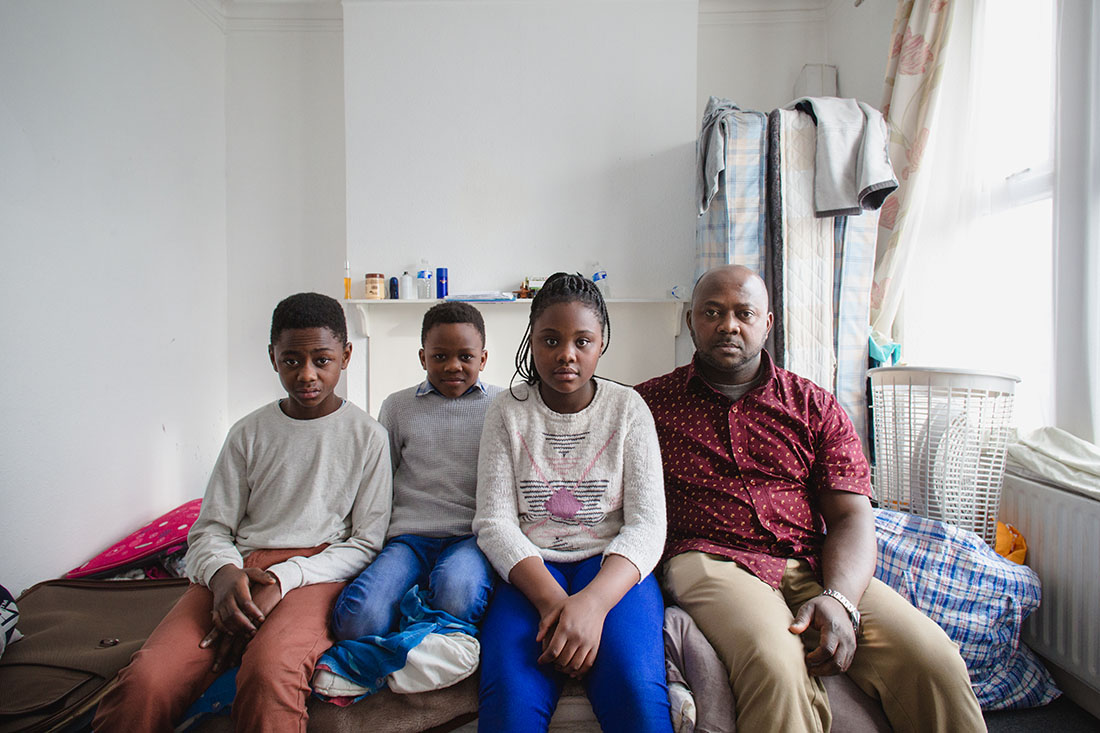 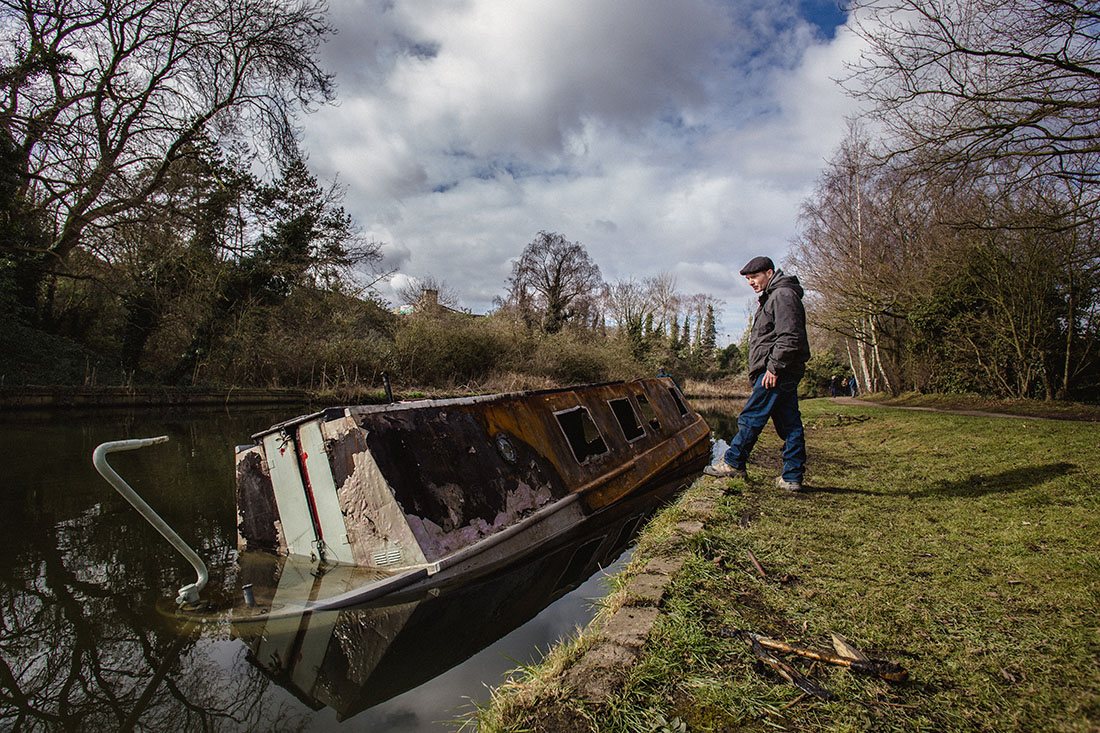 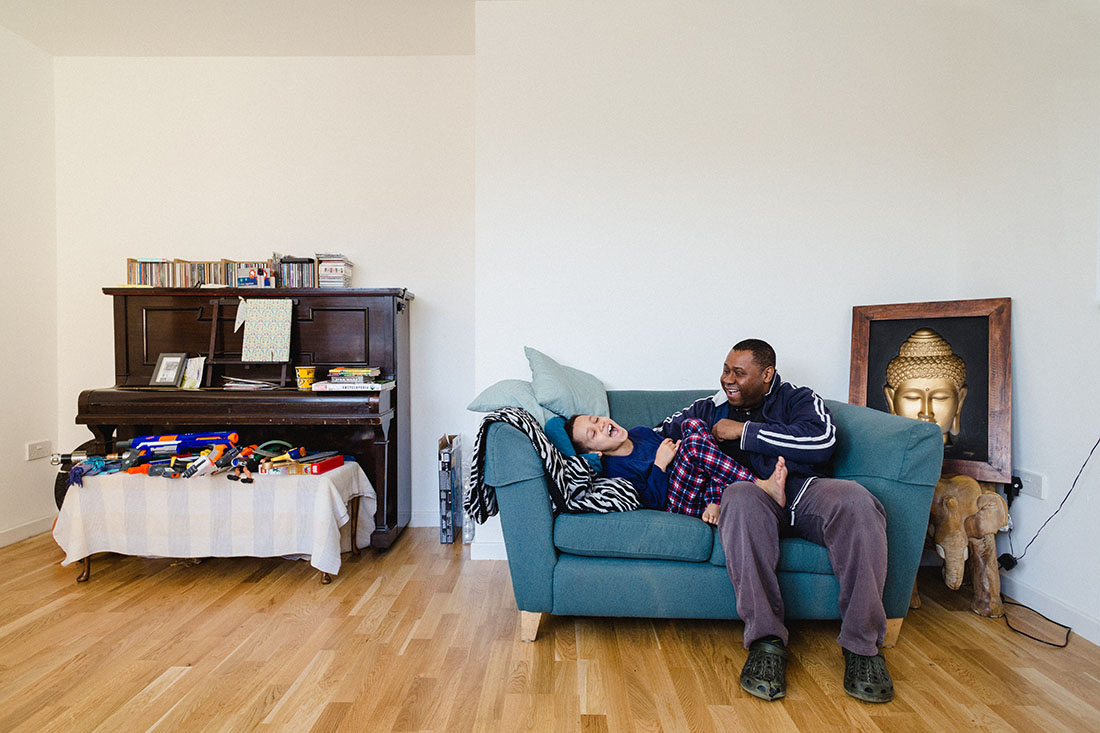 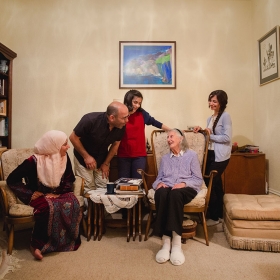 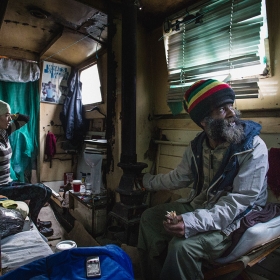 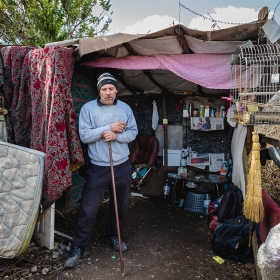 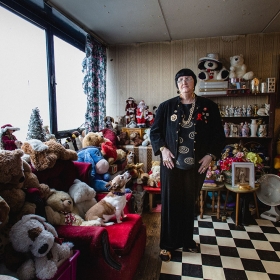 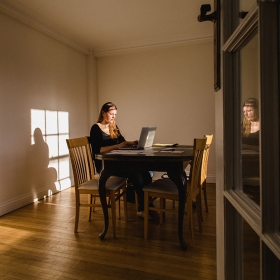 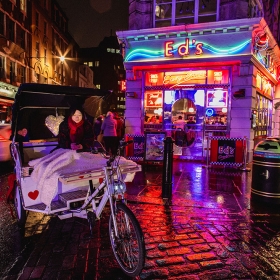 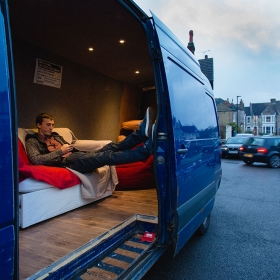 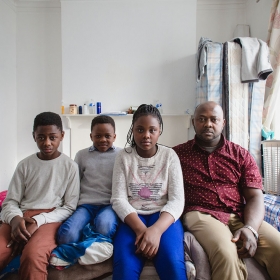 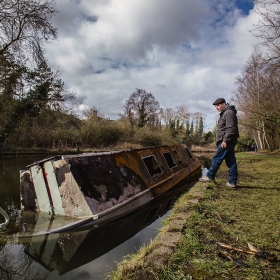 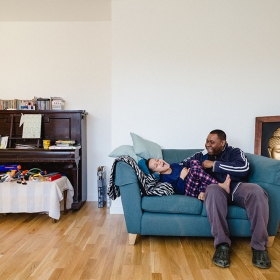 The housing crisis in London is affecting the lives of millions of people but media attention still tends to be limited and confined to impersonal policy debates.

While the shortage of housing in London is generally accepted, what is less understood is the impact on of this shortage on people’s lives. The need for a ‘home’ and the security this brings is universal and yet for many people this fundamental need or ‘right’ is becoming more intangible and, in London particularly, beyond their grasp – many are being priced out of the conventional housing market and are forced to find alternative approaches through self-build and squatting or living in boats and garages and in ever-smaller spaces.

No Place Like Home, through a series of photographic portraits of the subjects in their homes, accompanied by recorded audio clips of them talking for 2-4 minutes, explores what it is like to live in London at the moment, what constitutes a home in this febrile environment.

I began the work in January 2016 and, though the project is ongoing, a selection of the works will be exhibited at The Young Vic's exhibition space Platform Southwark, in central London, between September 15th-22nd this year.

I am fascinated by the determination of people to find and define a space where they can live, and have focussed not just on the negative stories, but on people’s their pride in making a home, often against the odds, one they have furnished with their personality and belongings. I have tried to be as non-judgemental as possible but instead to juxtapose different kinds of homes and lifestyles of a number of different residents illustrating the diverse approaches to making a home in the city.

I am a freelance photographer working in the UK & internationally, with an interest in presenting important social issues in alternative ways through the use of photography, film & audio.

As a photographer I have worked for BBC Online,The Associated Press & Manchester International Festival,The Times & The Guardian. My photographs have appeared in numerous books, & I have photographed an array of editorial & commercial assignments.
From 2000-2003 I worked as a reporter for the BBC World Service, in Rwanda,Tanzania & Madagascar, producing & presenting news & current affairs programmes at Bush House, London, reporting on stories about gold mining, child labour, local education policy, medical care, & life after the Rwandan Genocide

I have also made educational films in the UK & abroad, including for Open University & Nomad Productions, with whom I scripted, shot & produced films on subjects including The Algerian War, The Fall of Yugoslavia, UK Government Private Finance Initiatives, Global Warming & Innovation in the Bio-Pharmaceutical Industry.

Whilst in the Democratic Republic of Congo I created & produced multi-award winning magazine programme Sisi Watoto, broadcast in French & Swahili weekly on UN Radio. Made by former child soldiers, Sisi Watoto continues to give voice to war- affected children.