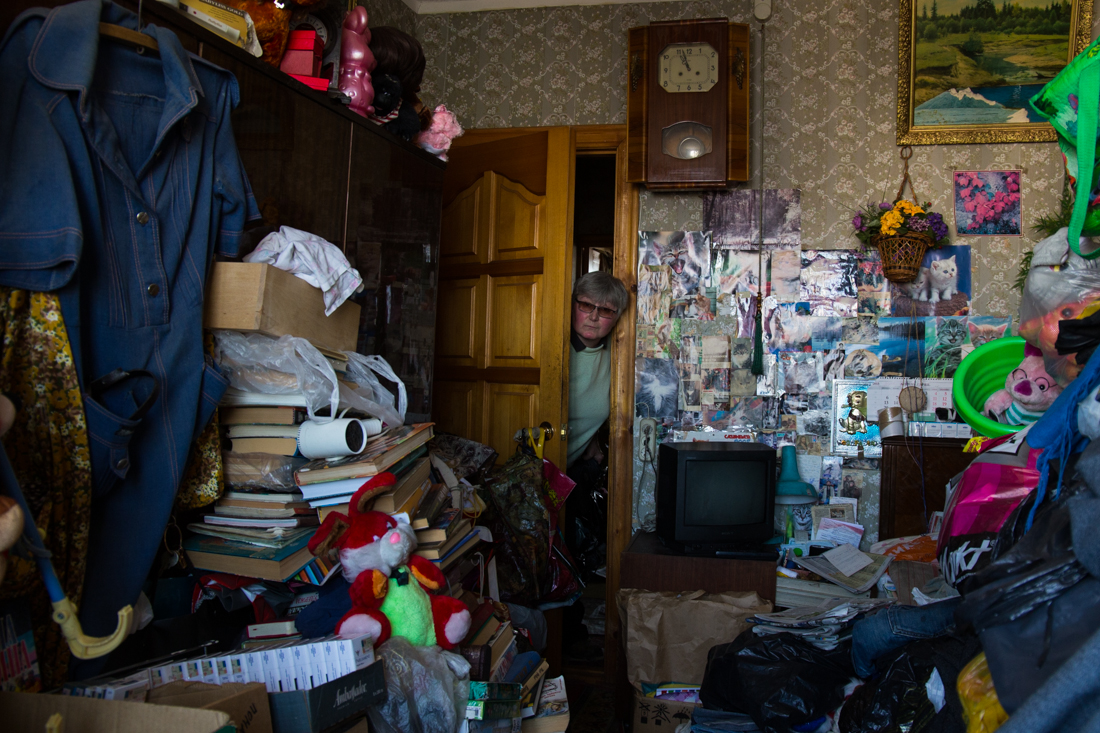 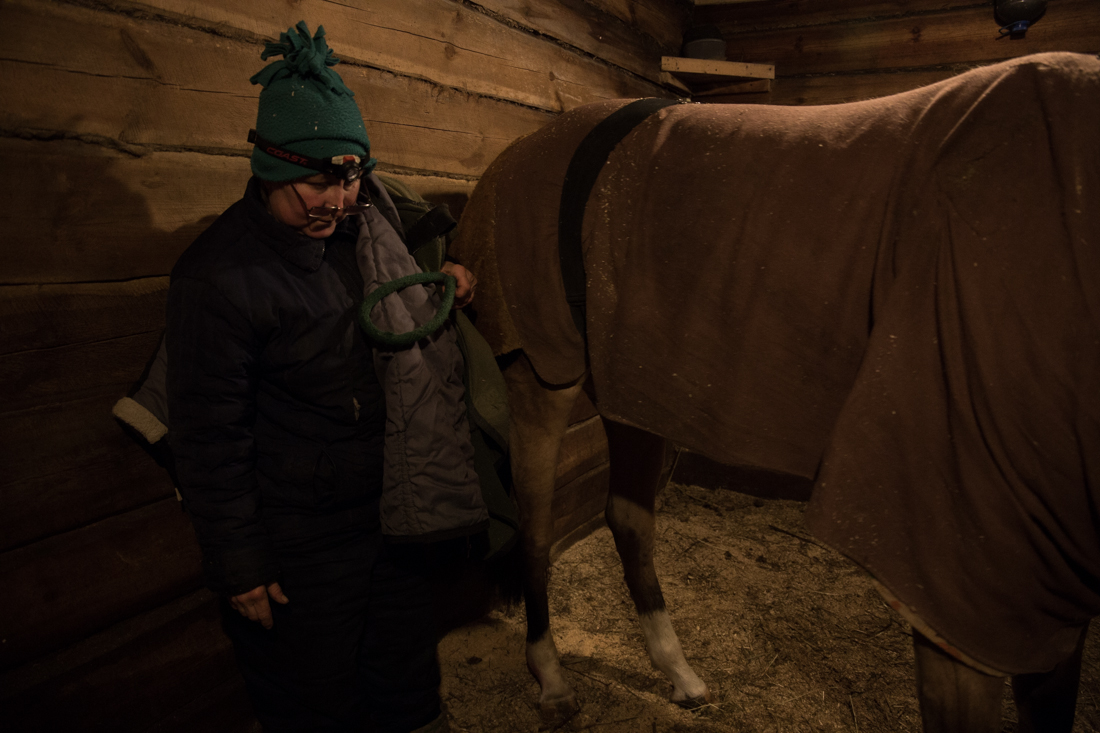 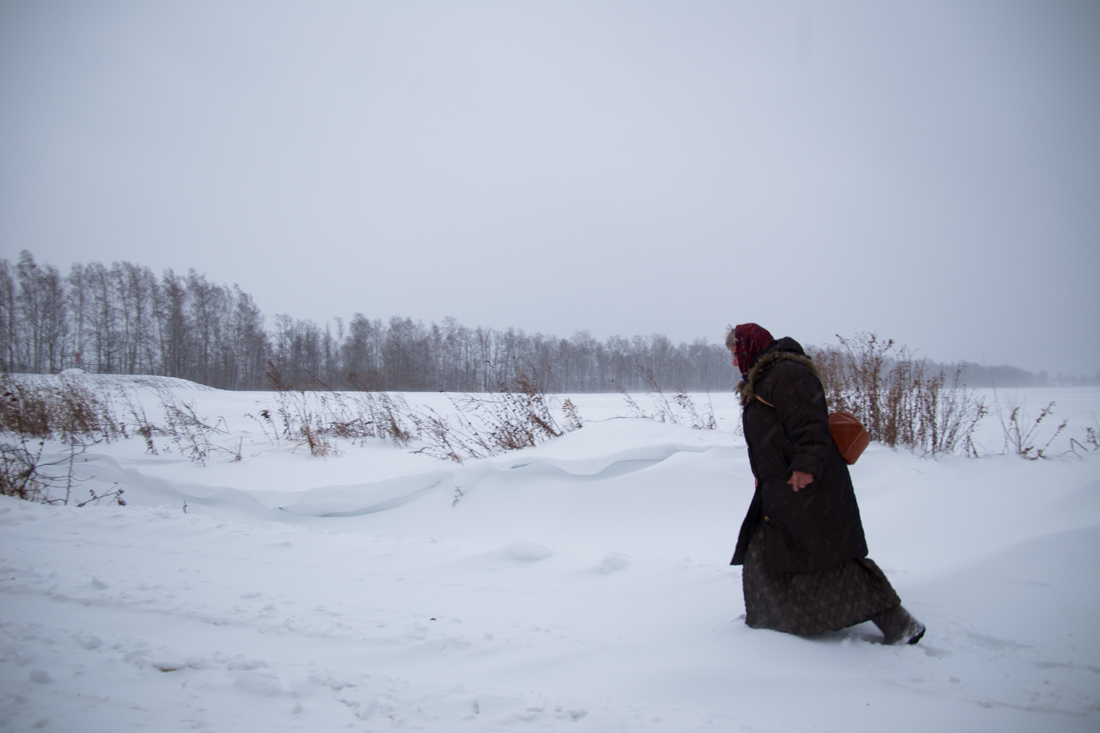 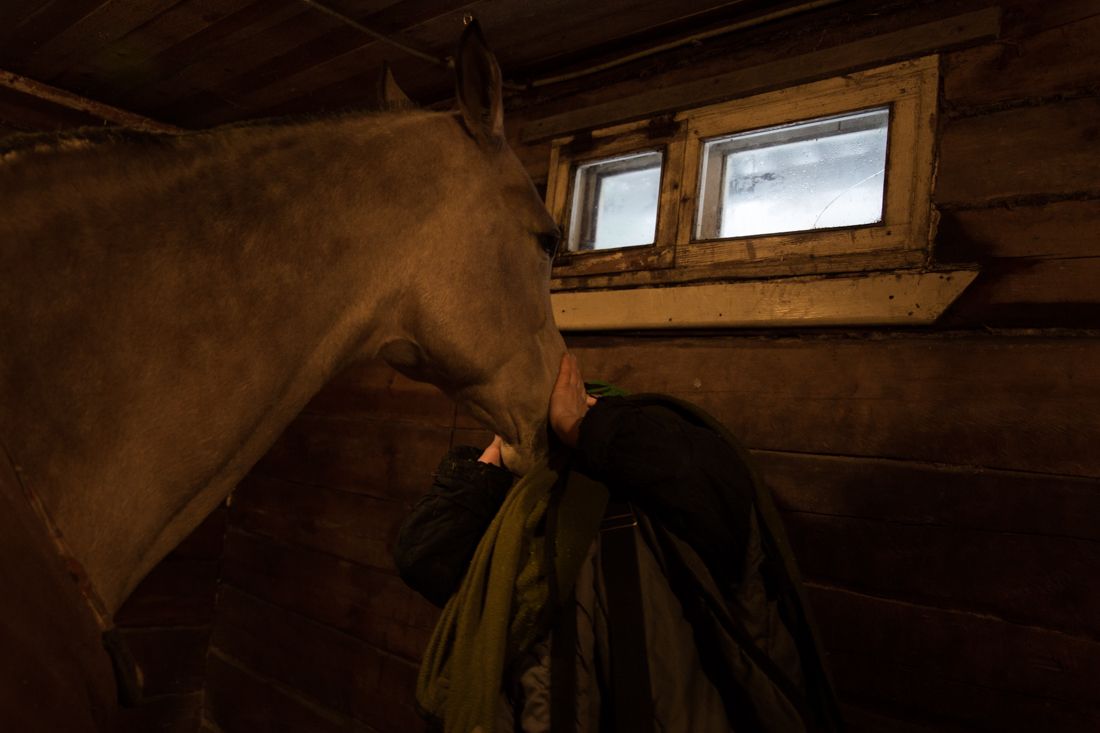 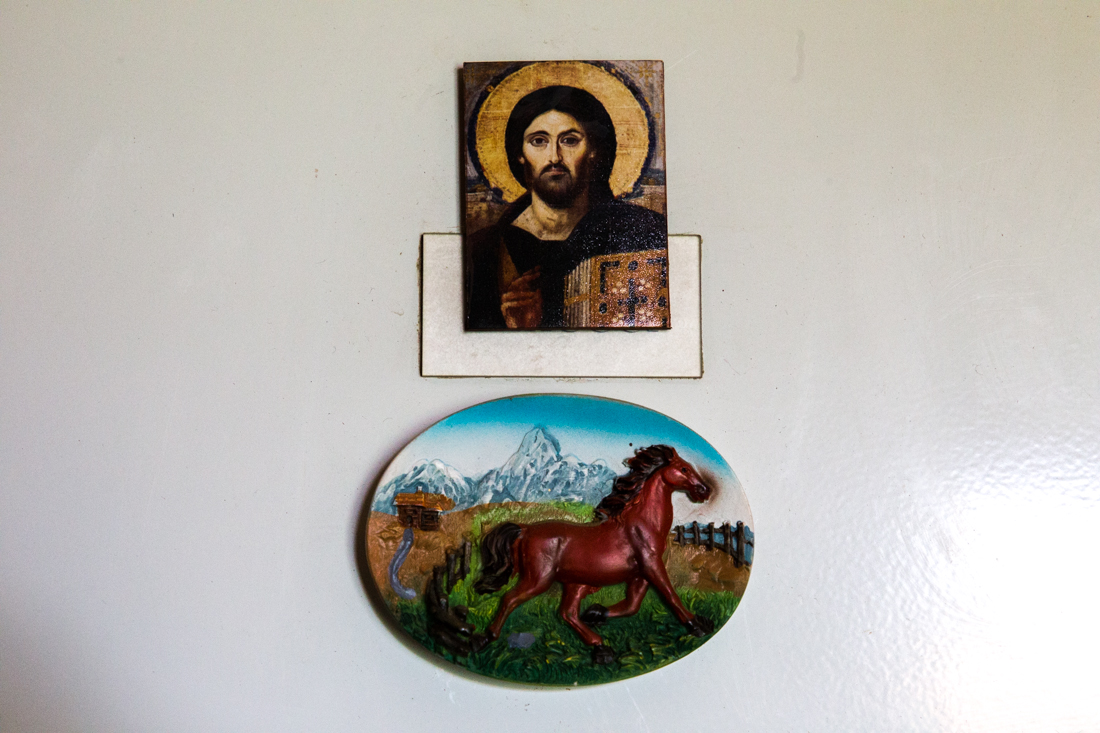 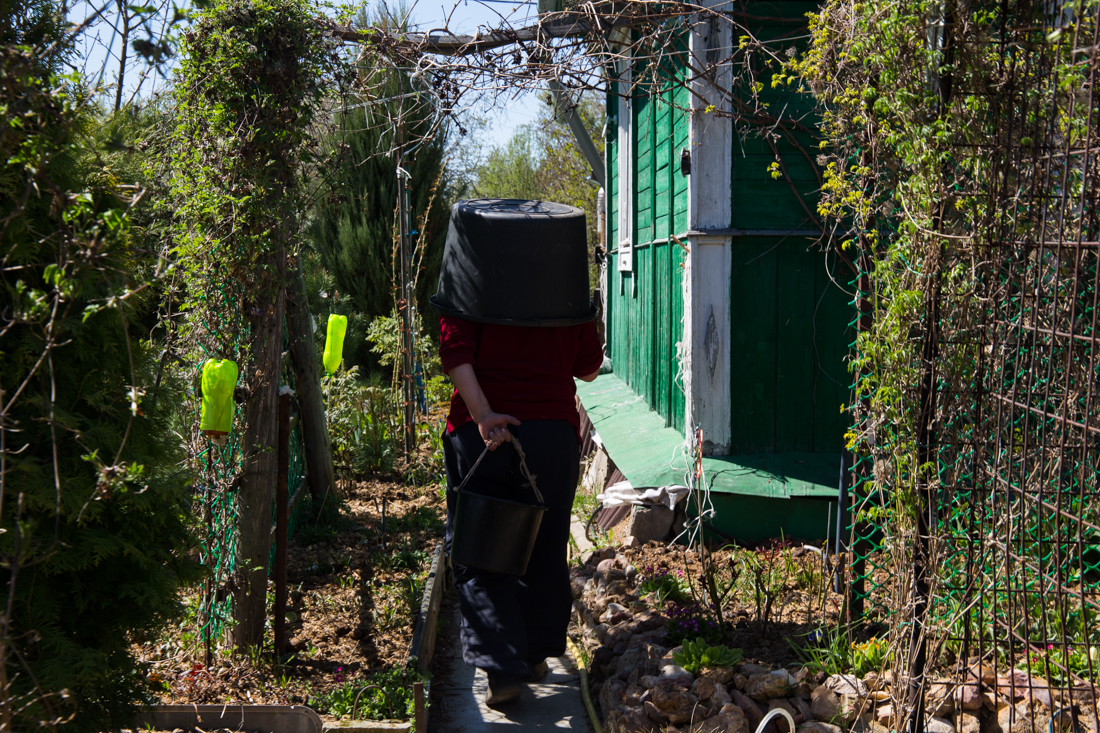 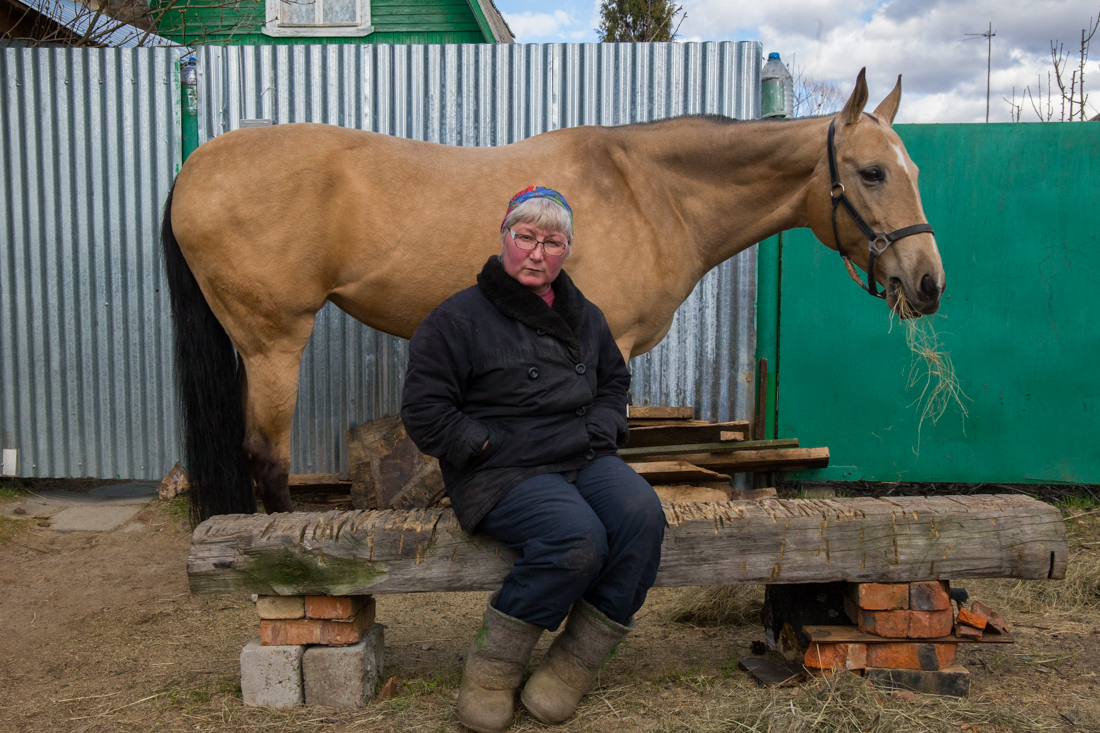 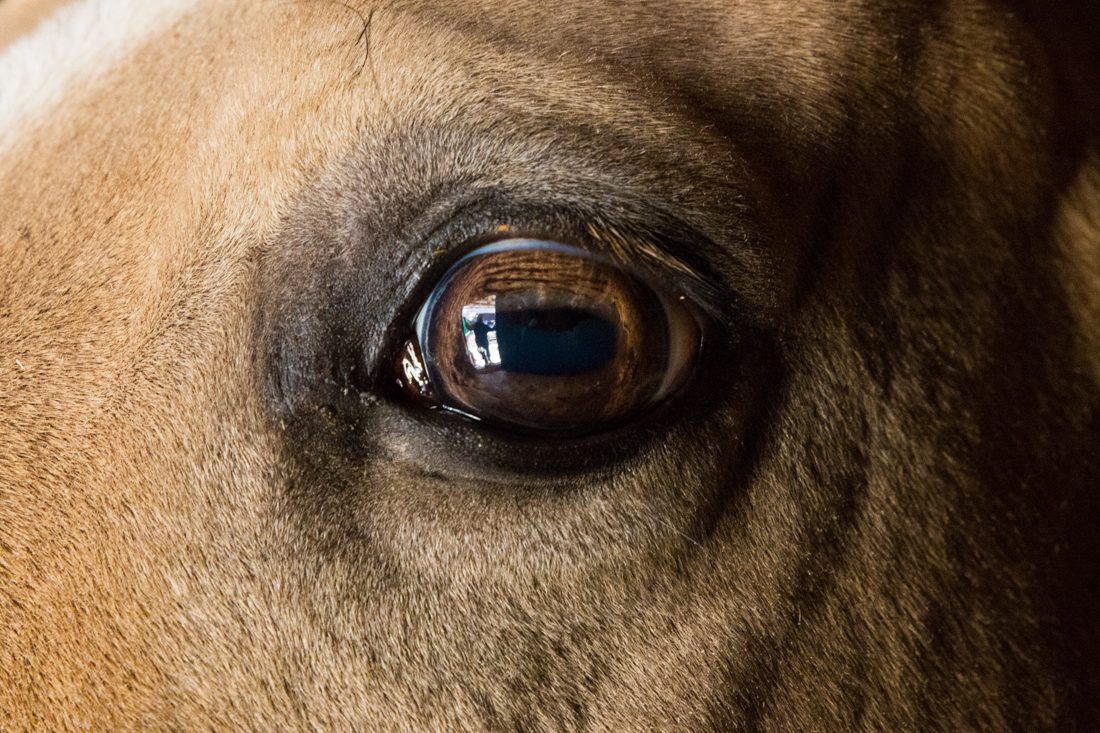 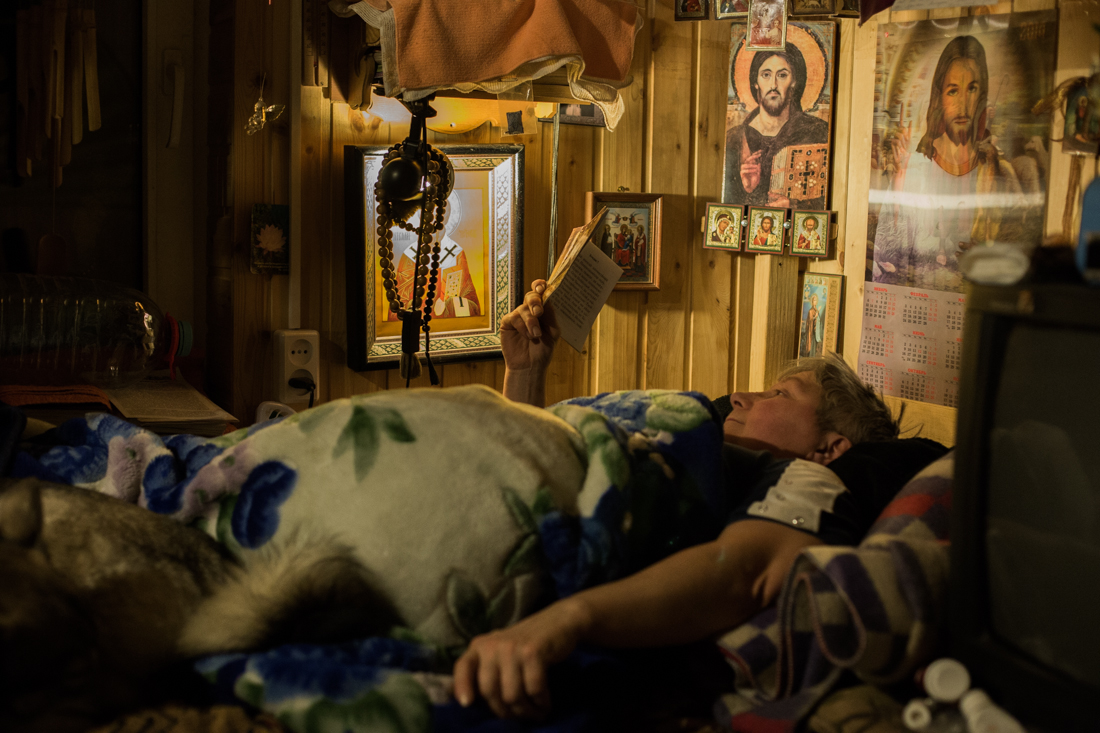 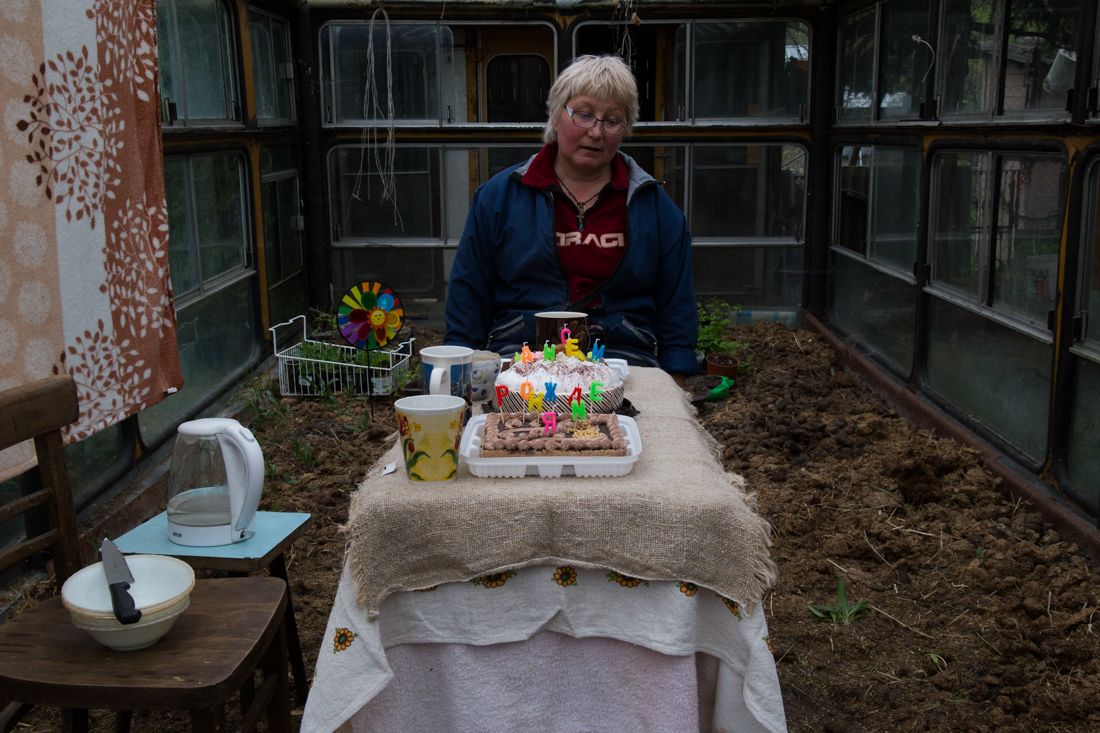 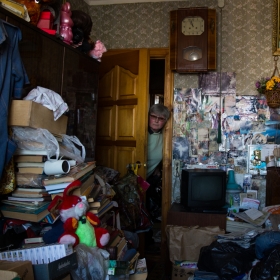 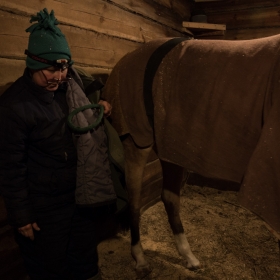 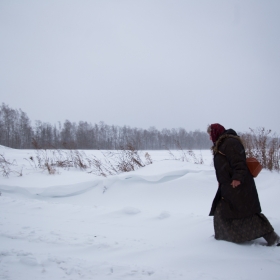 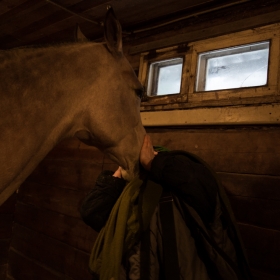 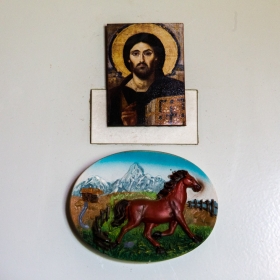 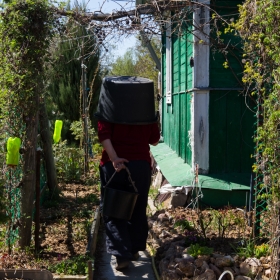 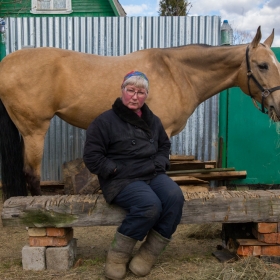 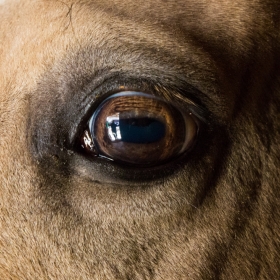 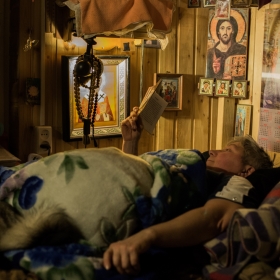 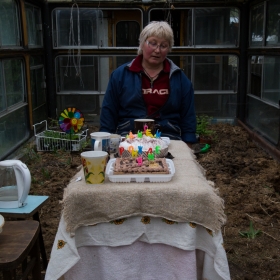 Anastasia Ovchinnikova
Divine Providence
Share
Support this photographer - share this work on Facebook.
Fifty-year old woman Jeanne lives with her horse in a settlement nearby Moscow. Jeanne suffers from autoimmune illness “Pemphigus”, which deprives her a full life.

Despite the hard illness and all evidences, the commission has refused Jeanne in admission of her disability. After several attempts to prove her disability, she has given up. Now the woman survives on half of a pension of her mother and with the help of little season salary of 5-7 thousand rubles - cutting grass, removing garbage, etc. But Jeanne spends the most part of her time beside her horse. She rubs down, feeds, makes injections, talks, dresses and undresses, files hoofs, cleans up the horsebox. Taking care of her favourite horse became the primal but heavy and tiring work for Jeanne.

The horse Basya has been suffering disease of hooves for several years. Jeanne spends 7 thousand rubles per month (10 thousand in a period of disease reccurence) for feeding and curing Basya. She has to reduce spending money on her own medicine. The neighbors try to convince Jeanne to put down the horse and move to the capital. The woman can’t fully accept it because the horse replaces her family: “Basya is like my child”.

Jeanne continues to heal her horse alone, chop wood, cultivate some vegetables, and try to survive, trusting in God. The Church has become the main support for her. “My sufferings are the God’s providence, so I should accept them with gratitude”.