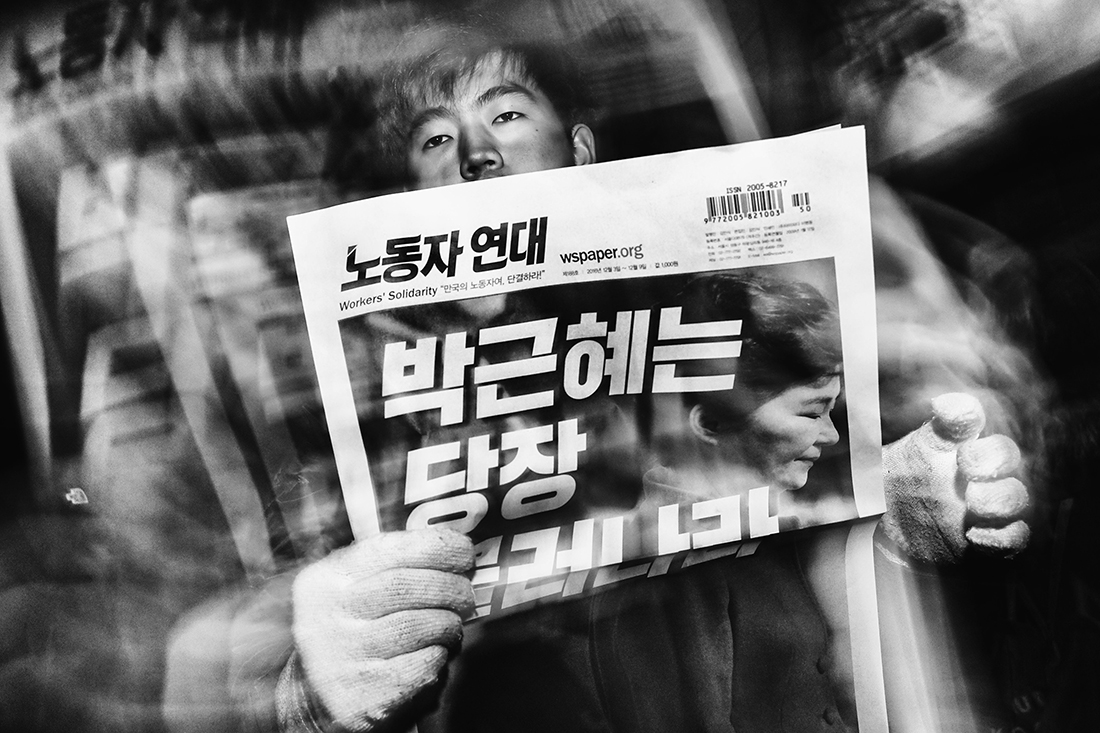 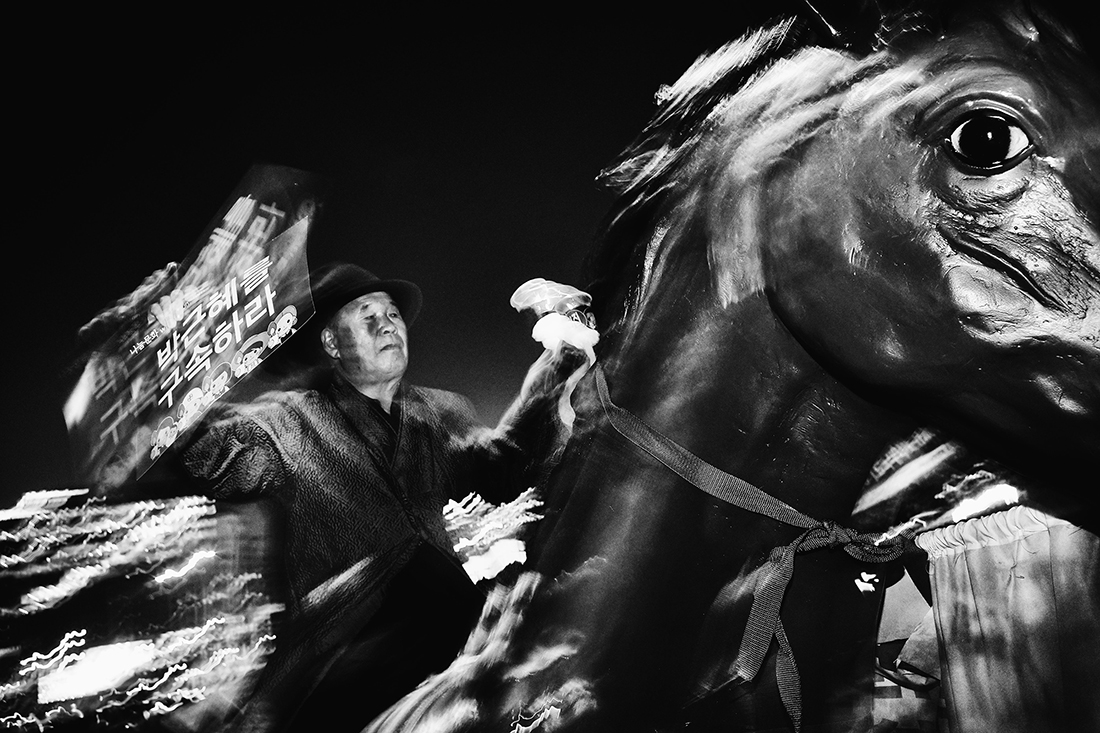 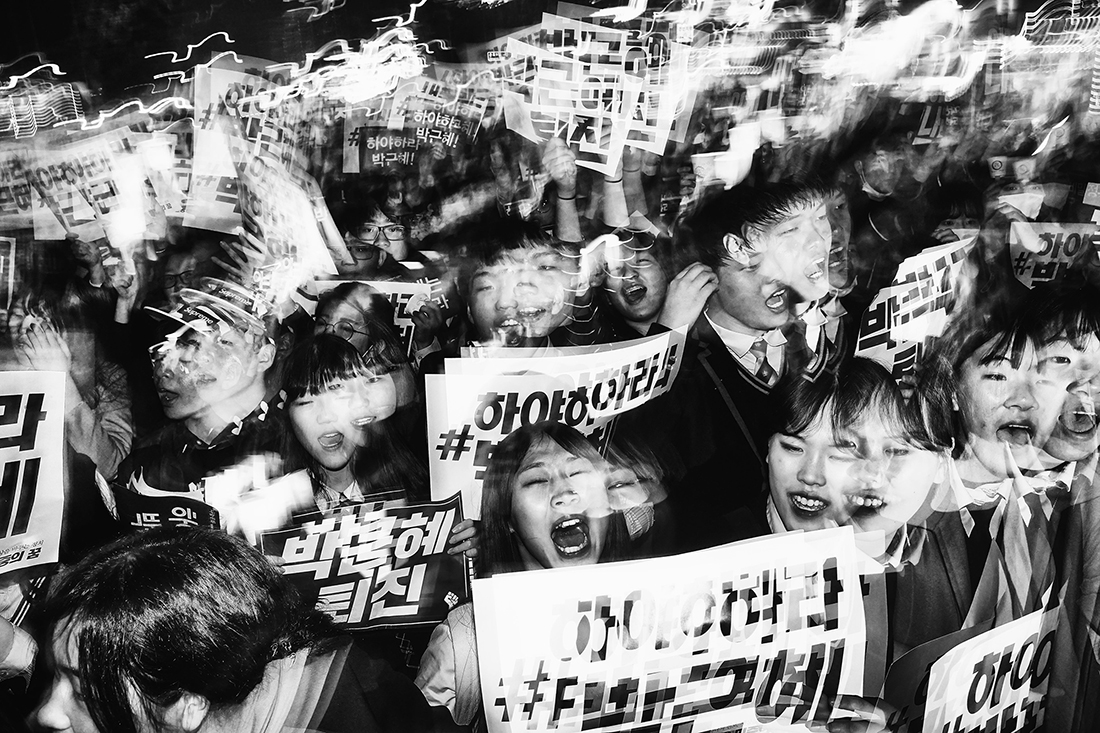 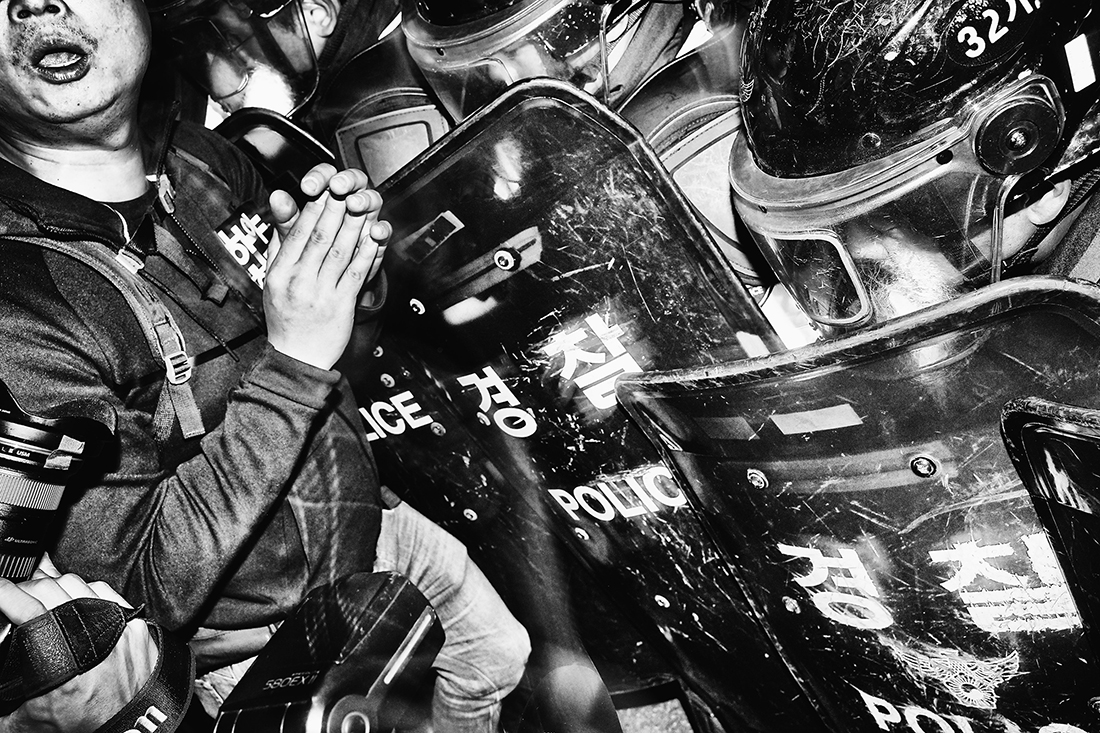 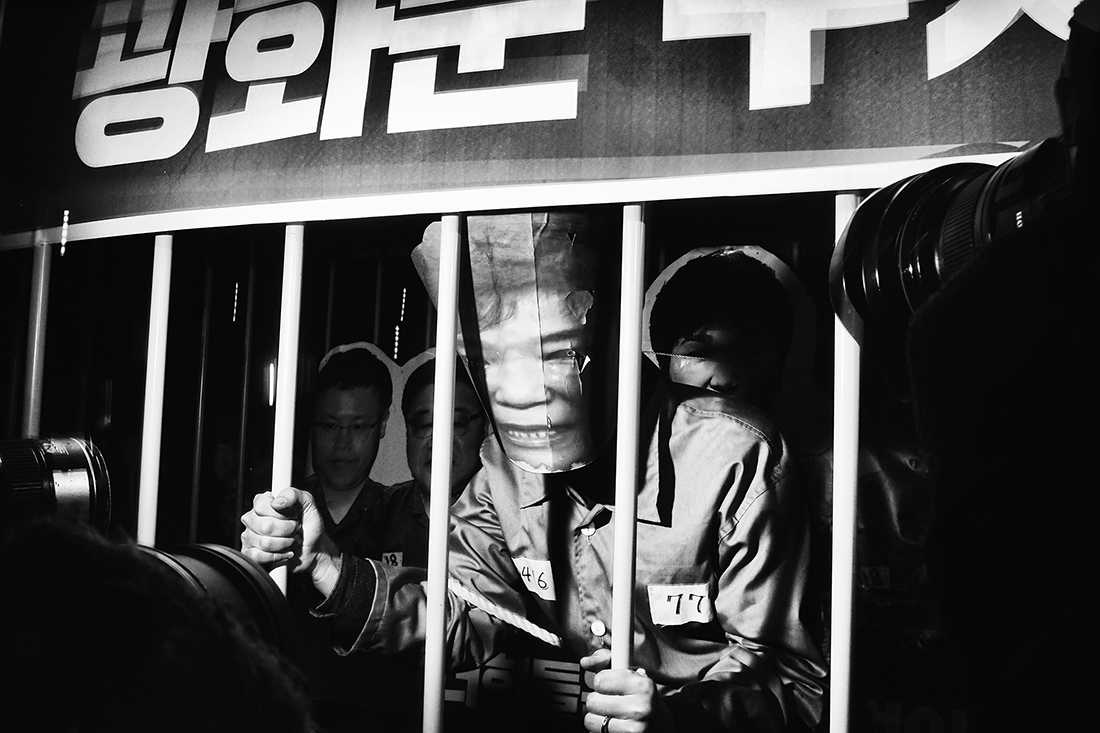 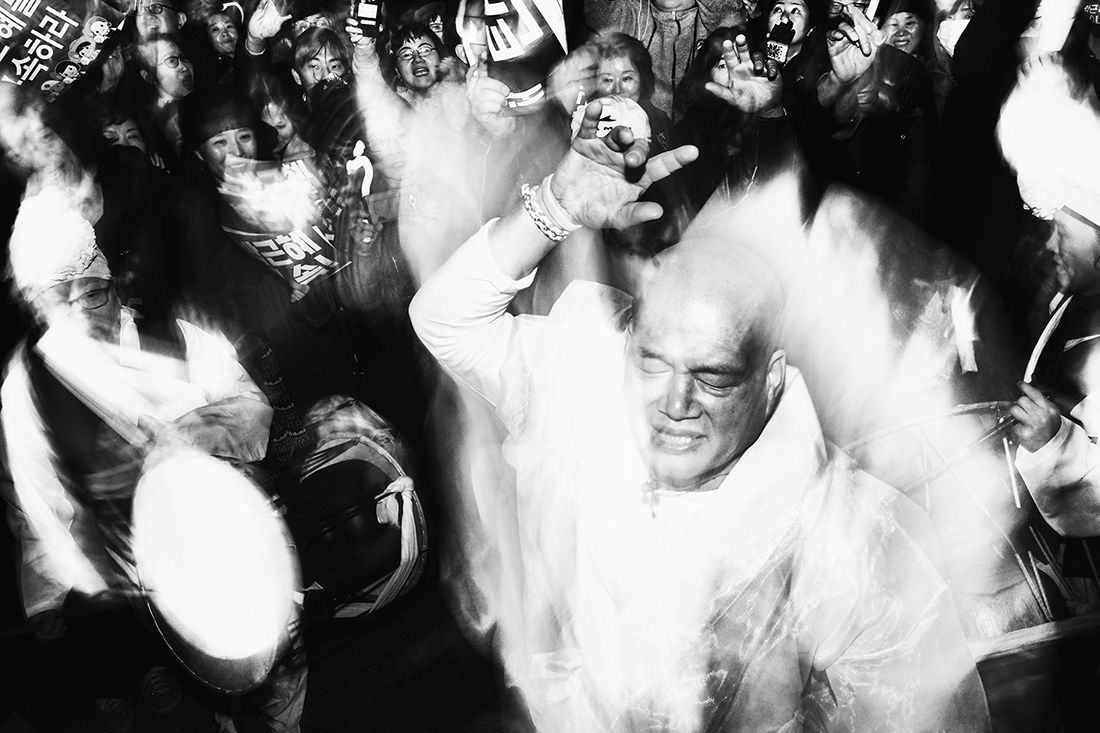 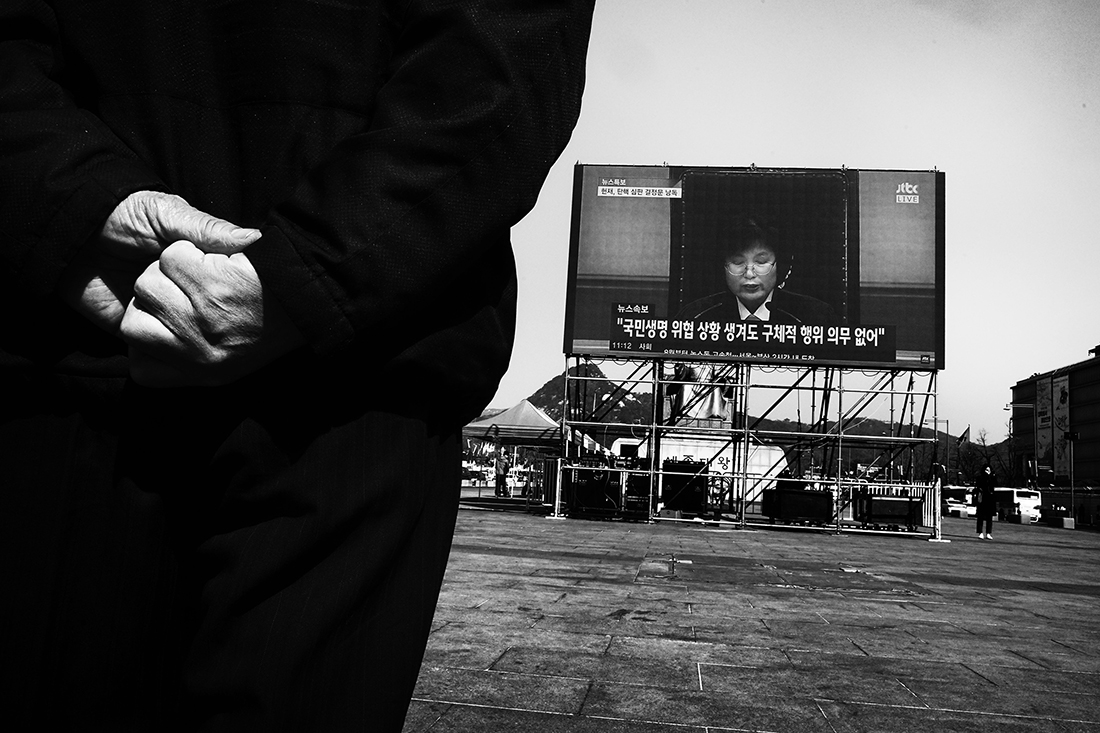 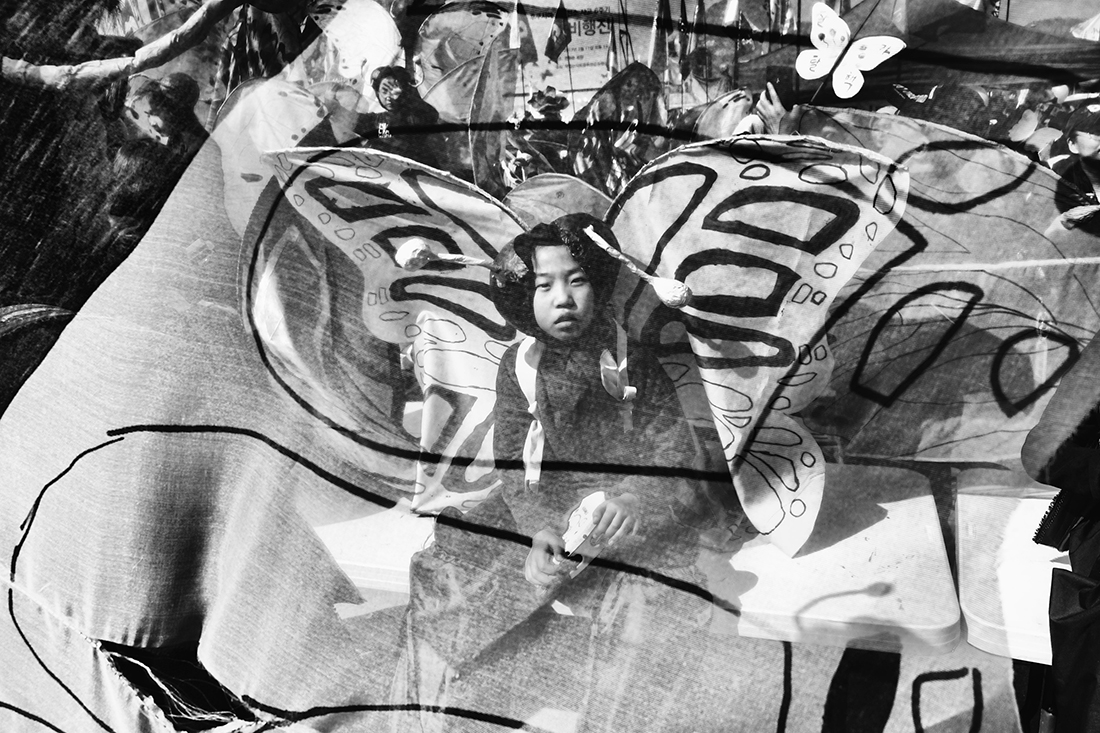 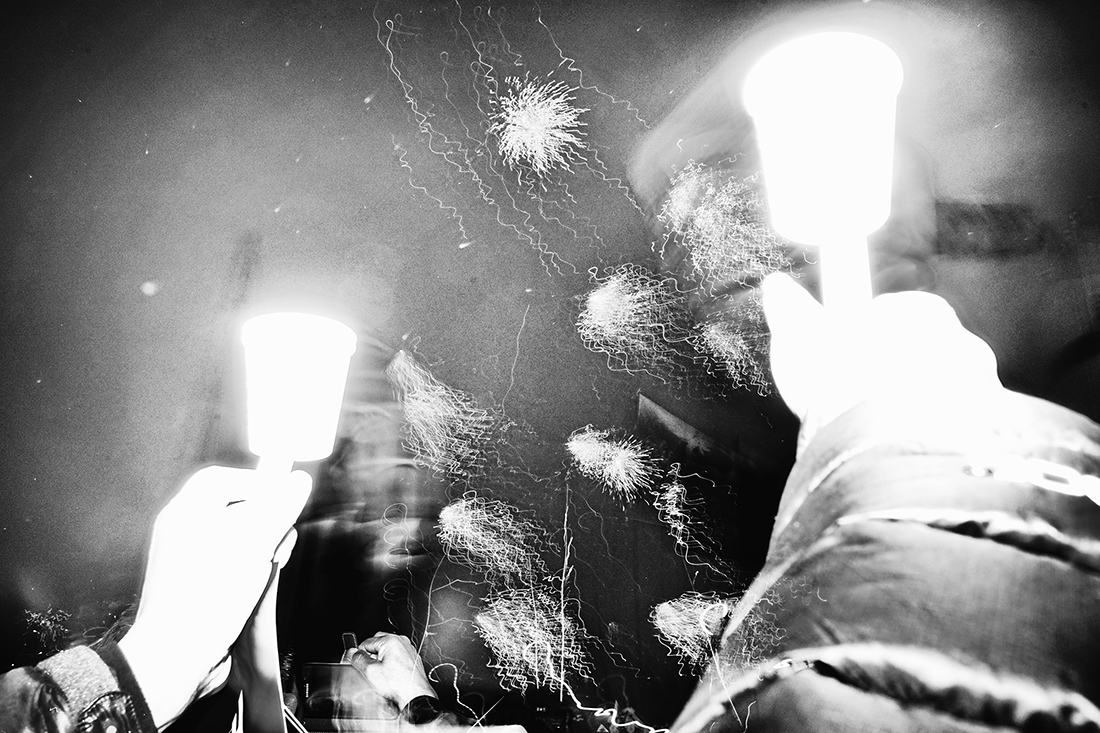 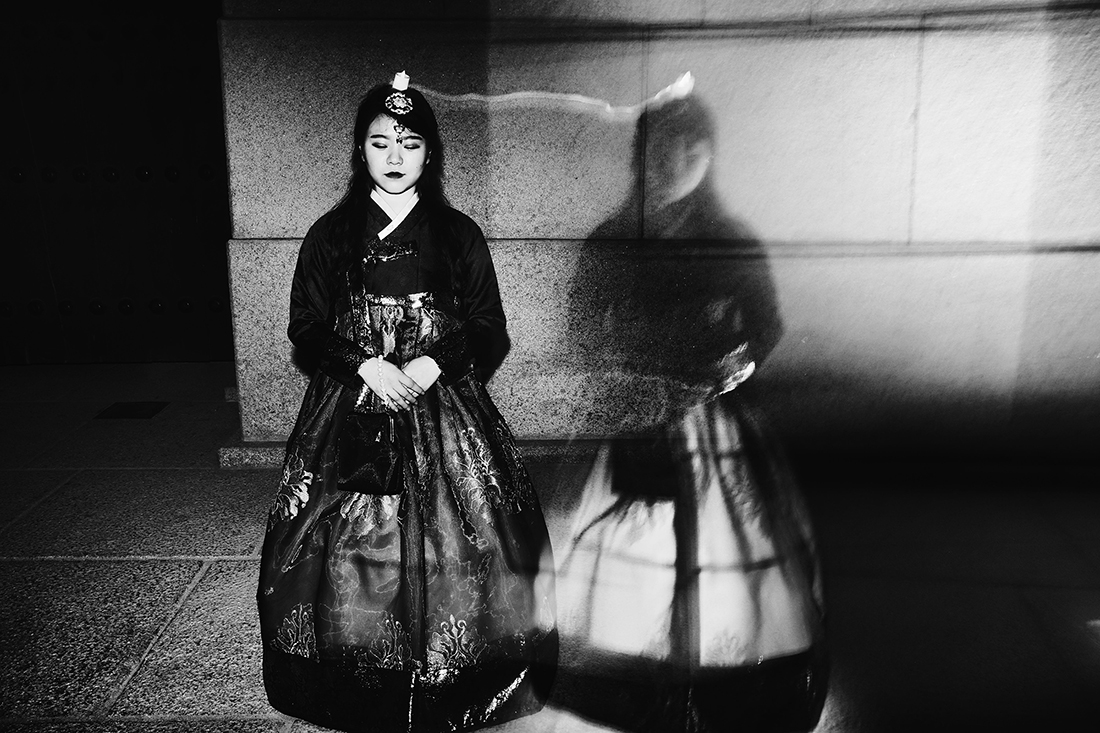 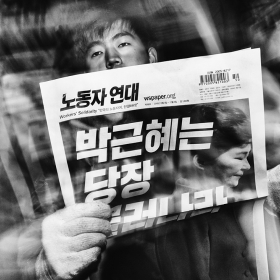 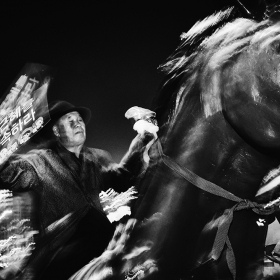 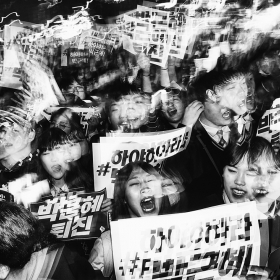 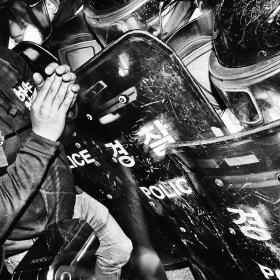 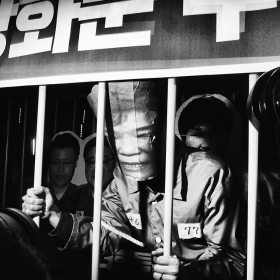 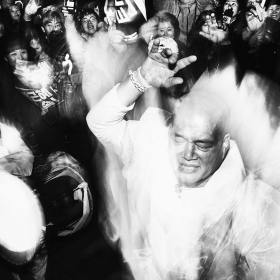 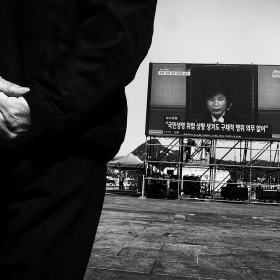 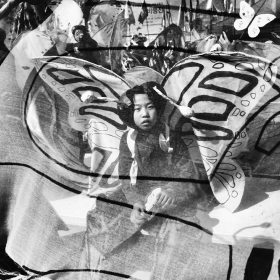 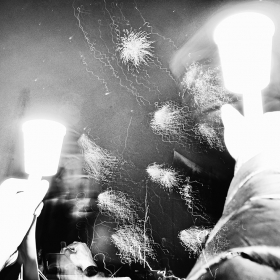 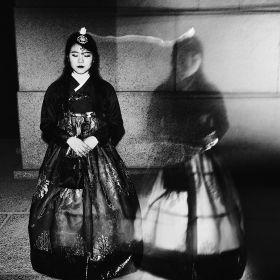 Argus Paul Estabrook
Losing Face
Share
Support this photographer - share this work on Facebook.
In South Korean society, losing face is the worst thing that can happen to a person. The damage of having one’s identity lost to shame is so ruinous, that it can completely destroy a person’s social standing and authority.

And that is exactly what happened to the 11th President of South Korea, Park Geun-hye.

In late October 2016, Park's relationship with a shadowy advisor from a shaman-esque cult was revealed to extend to acts of extortion and influence peddling. South Koreans were shocked by the revelations. Demanding a government free from corruption and unknown influences, protesters began staging mass demonstrations every consecutive weekend in Seoul.

Flooding the streets while they marched towards the presidential grounds, protesters filled the night air chanting in unison, “Come down and go to jail!” Effigies and satirical street art continuously sprang up around the capital, especially so in Gwanghwamun Square. Measuring public opinion approximately one month after the protests began, Gallup Korea revealed her approval rating sank to a mere 4%, the lowest for any sitting president in South Korean history.

On March 10, 2017, she was formally removed from office after the Constitutional Court announced its unanimous ruling to uphold the impeachment.

This is what it looks like when the South Korean President loses face.

About author:
I’m an emerging photographer currently based in Seoul, South Korea. As a Korean-American who grew up in a rural area of Virginia, I have a unique perspective of Korean identity and its relationship to both global and regional communities. I studied photography as an undergraduate, but set it aside during my MFA program at James Madison University to concentrate on intermedia. After moving to South Korea I rediscovered photography, using it as a means to document and share my experiences. In 2016, I mentored under David Alan Harvey to further study photographic philosophy and authorship.

More of my work @ www.arguspaul.com