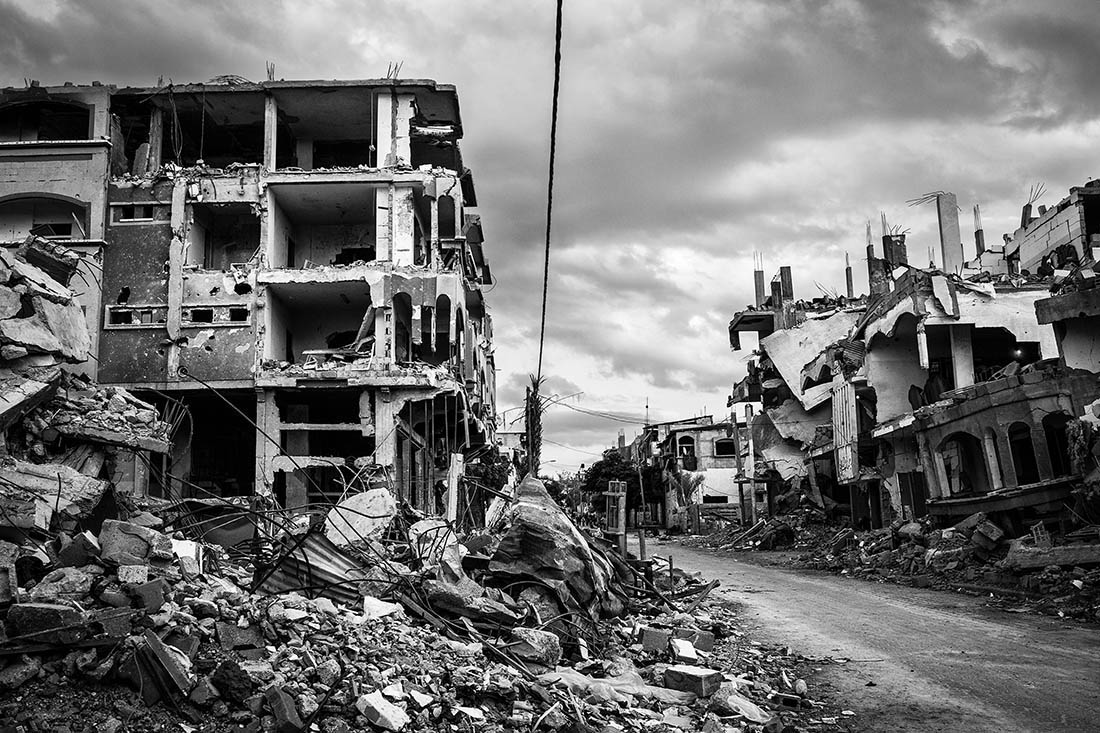 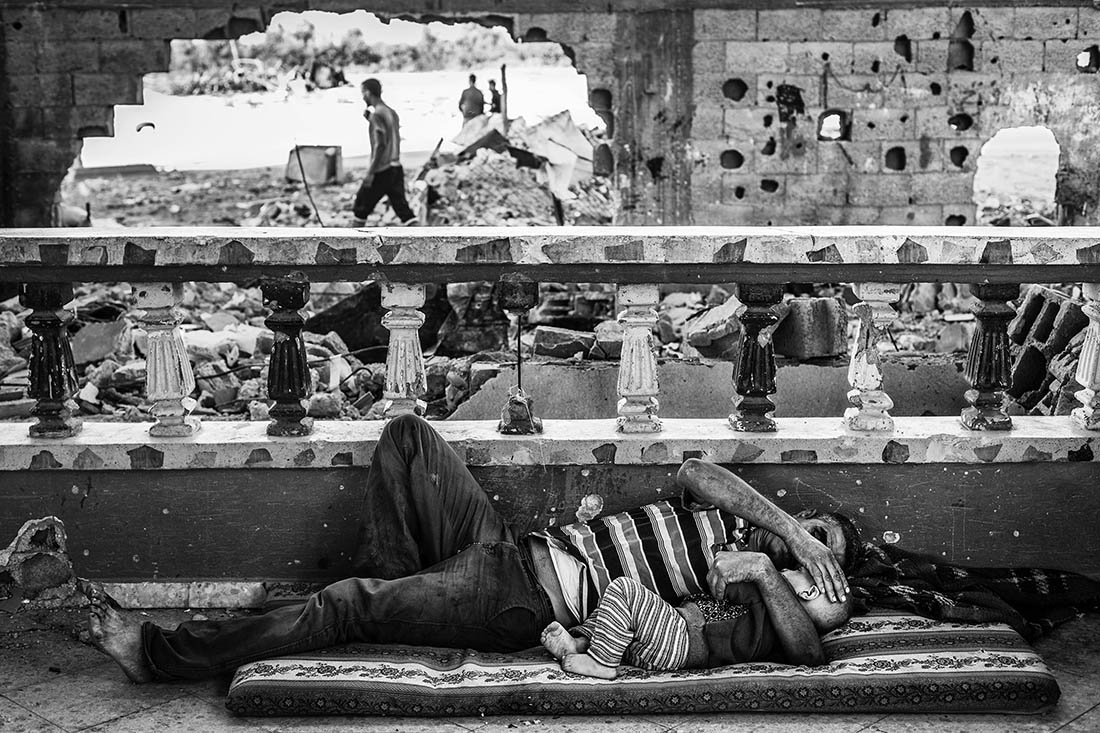 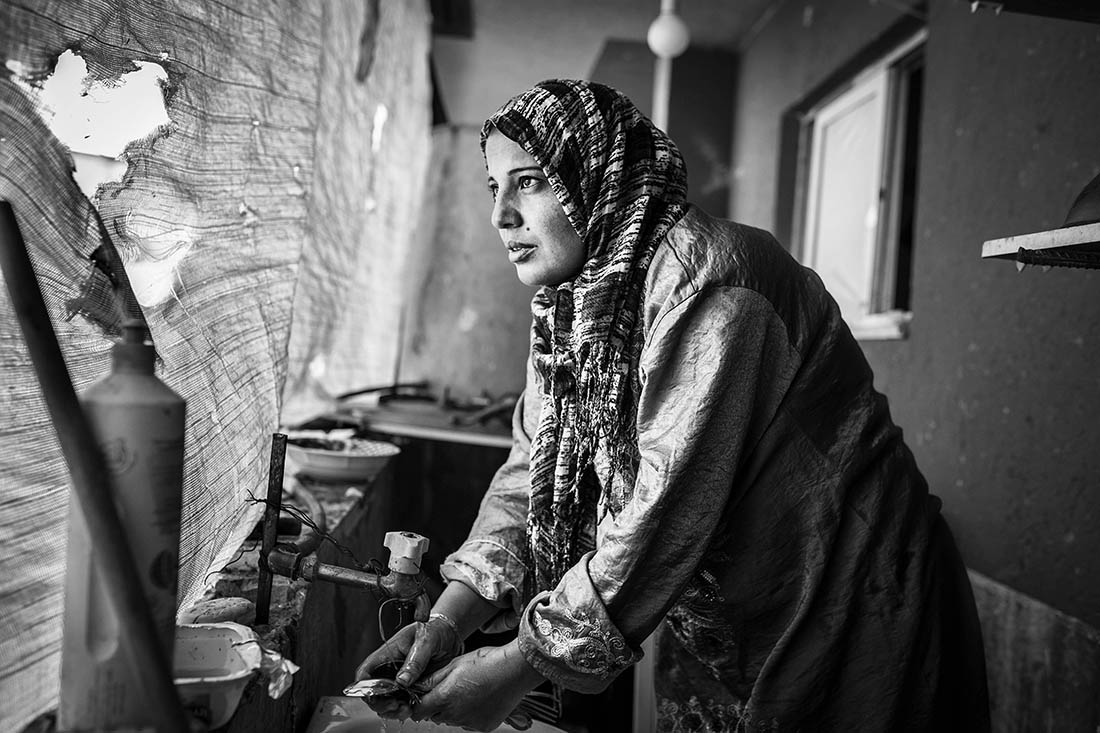 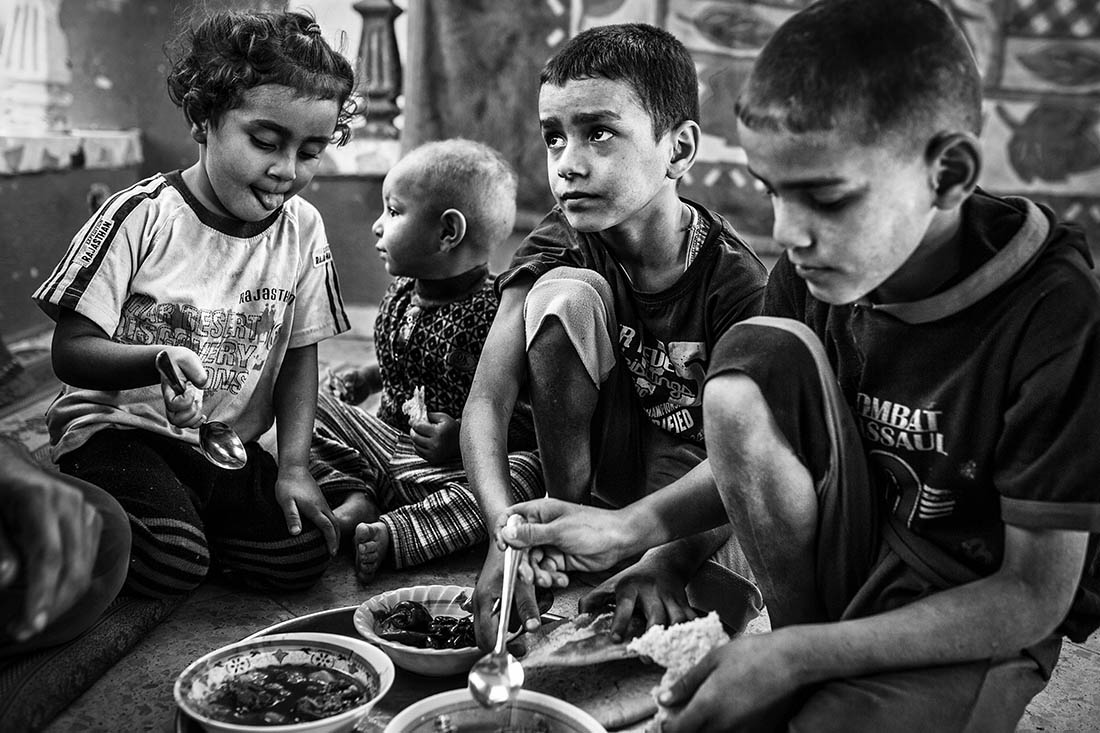 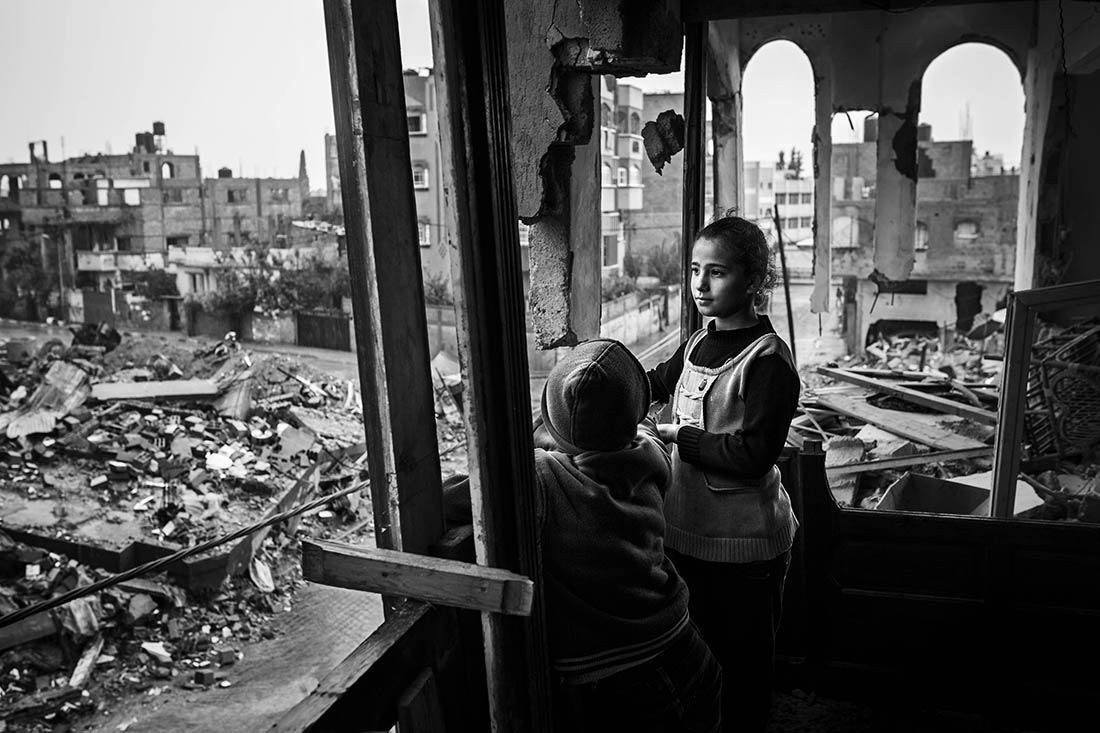 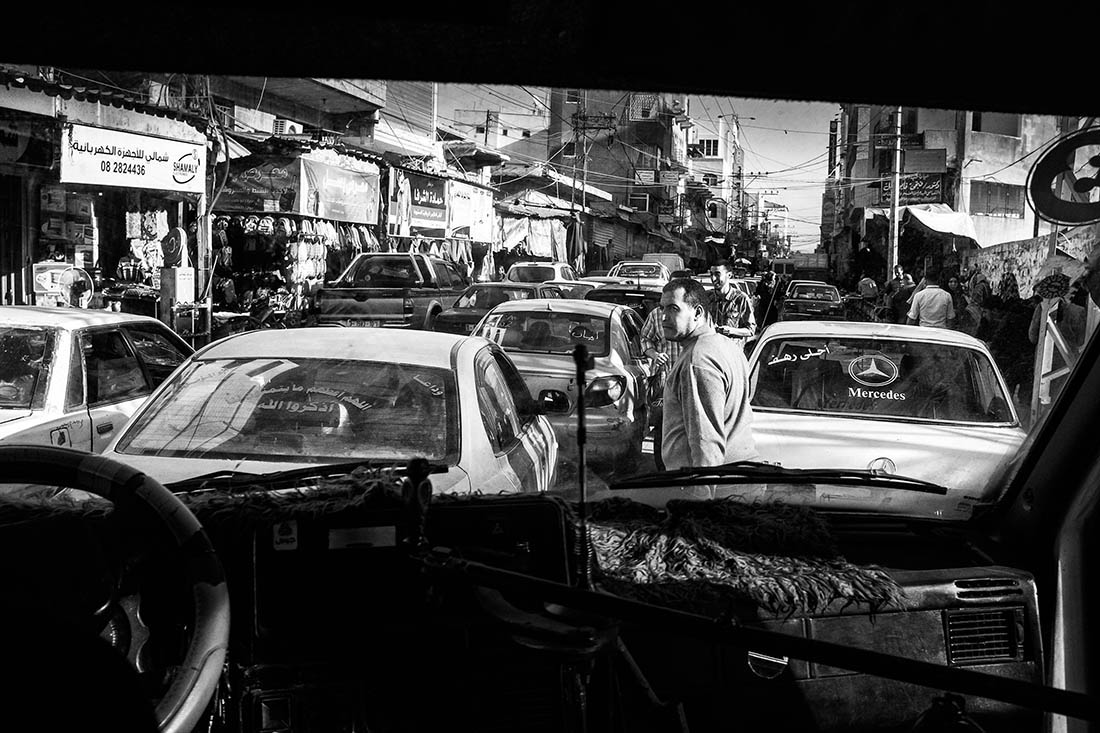 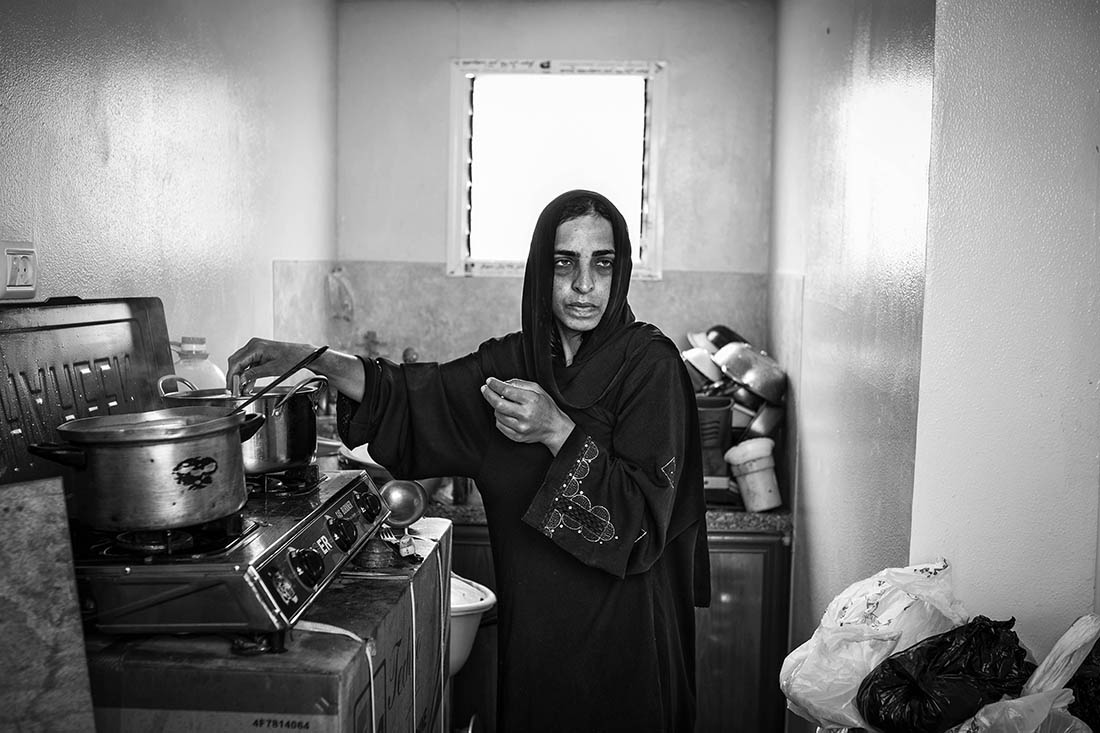 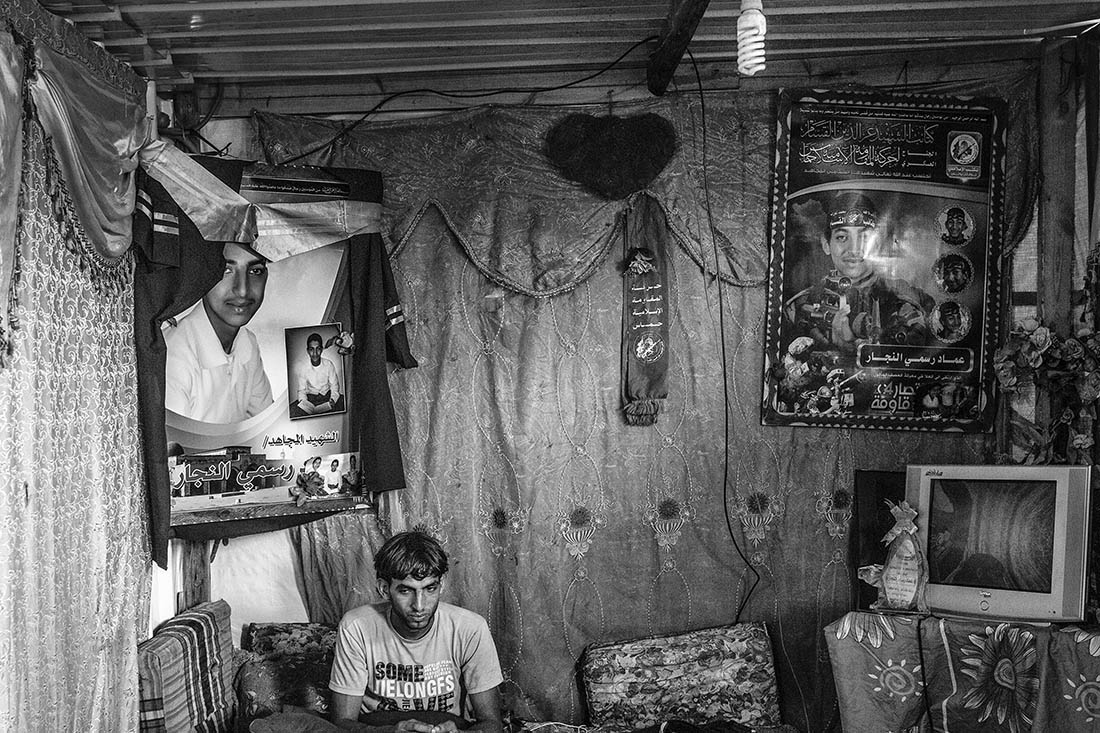 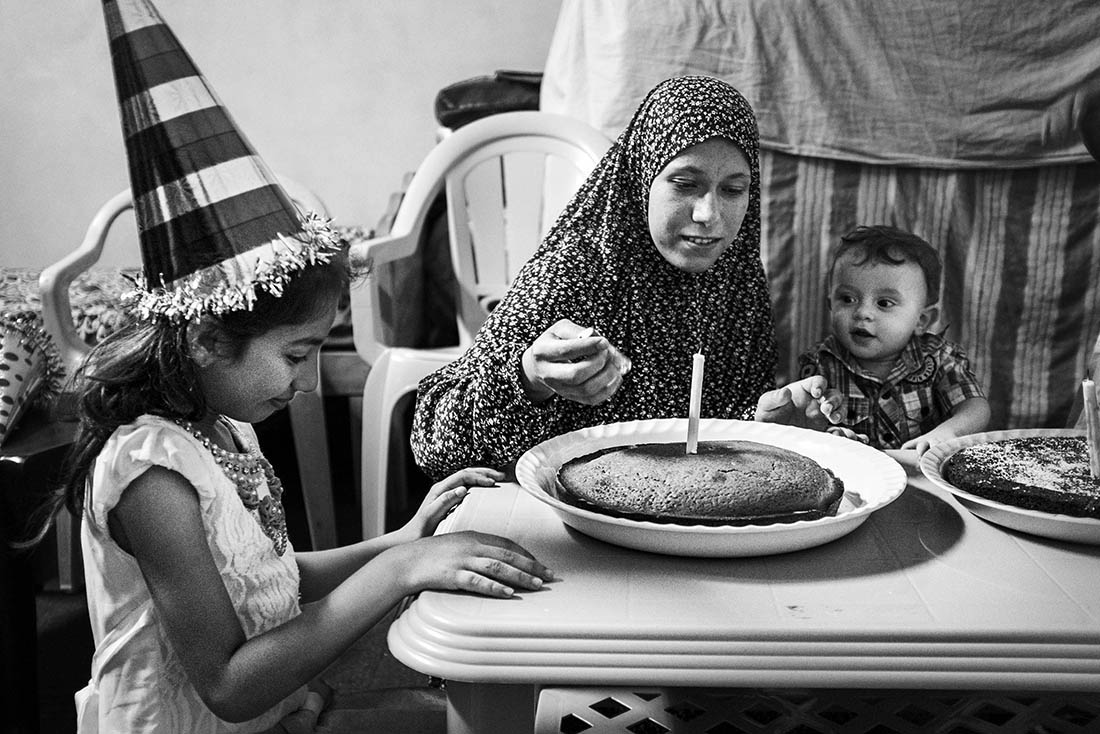 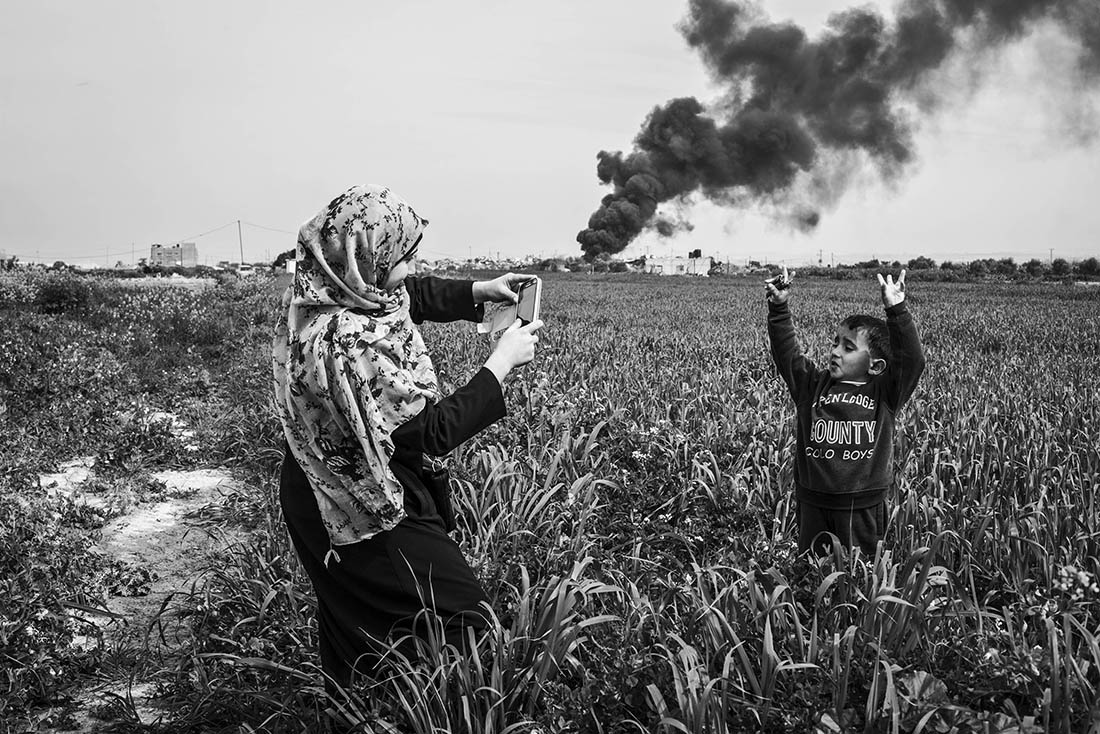 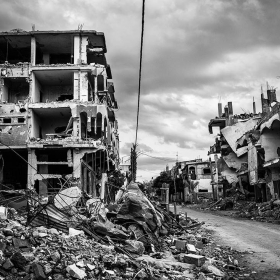 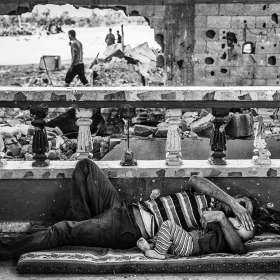 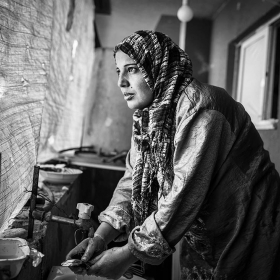 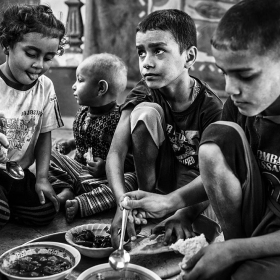 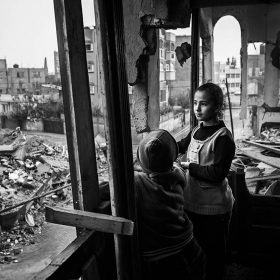 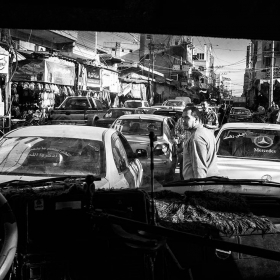 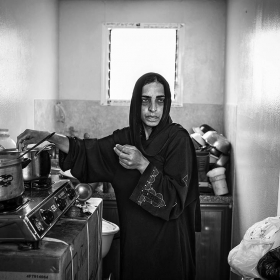 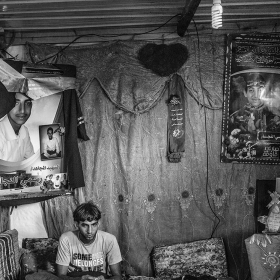 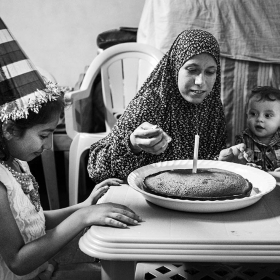 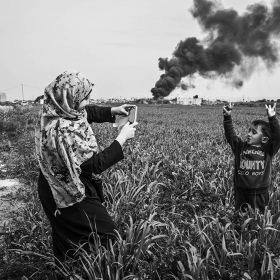 Virginie Nguyen Hoang
Gaza, the aftermath
Share
Support this photographer - share this work on Facebook.
The last war in Gaza between the Israeli army on one side and Hamas and Islamic Jihad forces on the other caused 2,502 dead on the Palestinian side and 71 on the Israeli side (among whom were 66 soldiers). There were 1,583 civilian Palestinian victims, 521 of them were children and 283 were women (figures published by the UN Humanitarian Affairs office). Since that cease-fire, the same organization has registered as many as 100, 000 displaced people in the Gaza Strip, 28, 000 of them have found refuge in UNRWA schools that were turned into shelters. The others were given temporary shelter by relatives or went back to live in the rubble of their house hoping to receive financial aid for reconstruction.
It is amid families that one can perceive the reconstruction process, be it psychological or material. The families of Gaza, like in many Arab countries, gather many generations under one single roof. Many of them have been directly or indirectly impacted by the Israeli-Palestinian conflict through refugee status, death of relatives, injuries, imprisonment, unemployment, destruction of houses and dispossession of land.

The objective of my work is to try and answer my questions of “how after such a war, people are able to get back to a normal life?” by depicting the living conditions and the mental state of some families in Gaza whose houses have been damaged or totally destroyed by the Israeli bombings.

This story has been realized between October 2014 and February 2016.

About author:
Born in Belgium in 1987, Virginie Nguyen Hoang finished studying journalism at IHECS (Brussels) as well as training in photojournalism at the Danish Shool of Media and Journalism (Denmark). In 2010, she became a photographer for the French news agency Wostok Press that she left in 2013. Meanwhile, she joined the Studio Hanslucas (May 2012) and became the co-founder of the Collectif HUMA. From January 2012 to August 2014, she settles in Egypt as a freelancer but also as a photojournalist for the local newspapers « Egypt Independent » and then « Mada masr ». Through her photos, she aims to tell stories, especially those concerning social exclusion and the consequences of a conflict on local populations. Since the beginning of her career, Virginie carried out several stories in Belgium but also in Syria, Egypt, Irak,Turkey, Libya, Ukraine, Vietnam, the Philippines, in Gaza and the Central African Republic.
In 2012, she received a Nikon Press Award Benelux in the Promising Young photographer-Stories category with her story on the Roma of Brussels. In 2014, Virginie received a special mention at the Roger Pic Prize of the Scam with the subject "Gaza, the aftermath”. In 2016, her work in Gaza won the third prize in the Editorial – Photo essay category of the MIFA. She’s also the laureate of the Vocatio Grant in Belgium, nominee at the "Prix Bayeux Calvados of war correspondents" in the "Young Reporter" Category and won with Dastane Altaïr the TV Regional prize for students and trainees of Normandy at the “Prix Bayeux Calvados of war correspondents".

Virginie is currently based in Brussels.