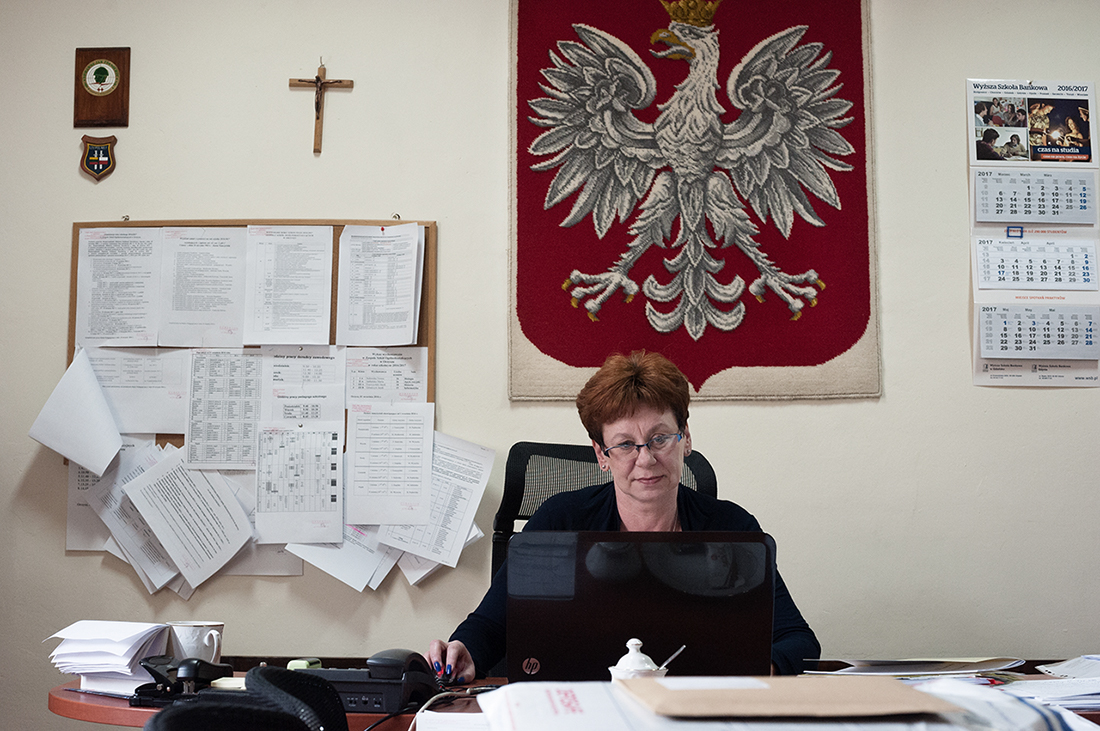 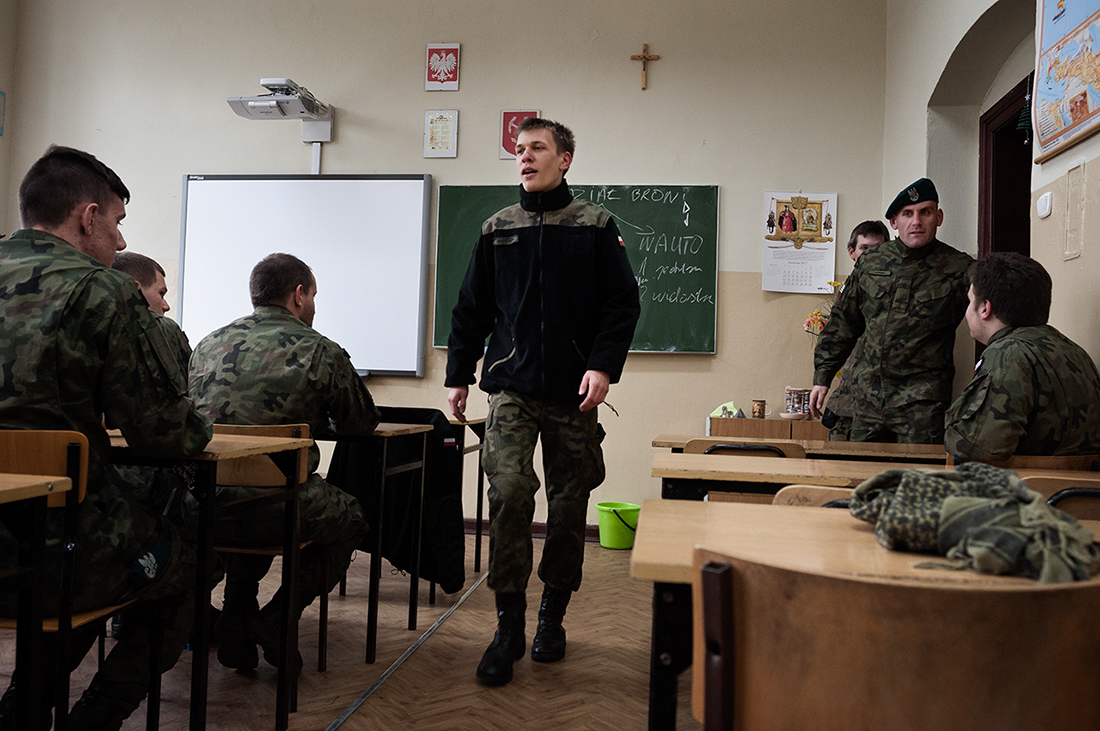 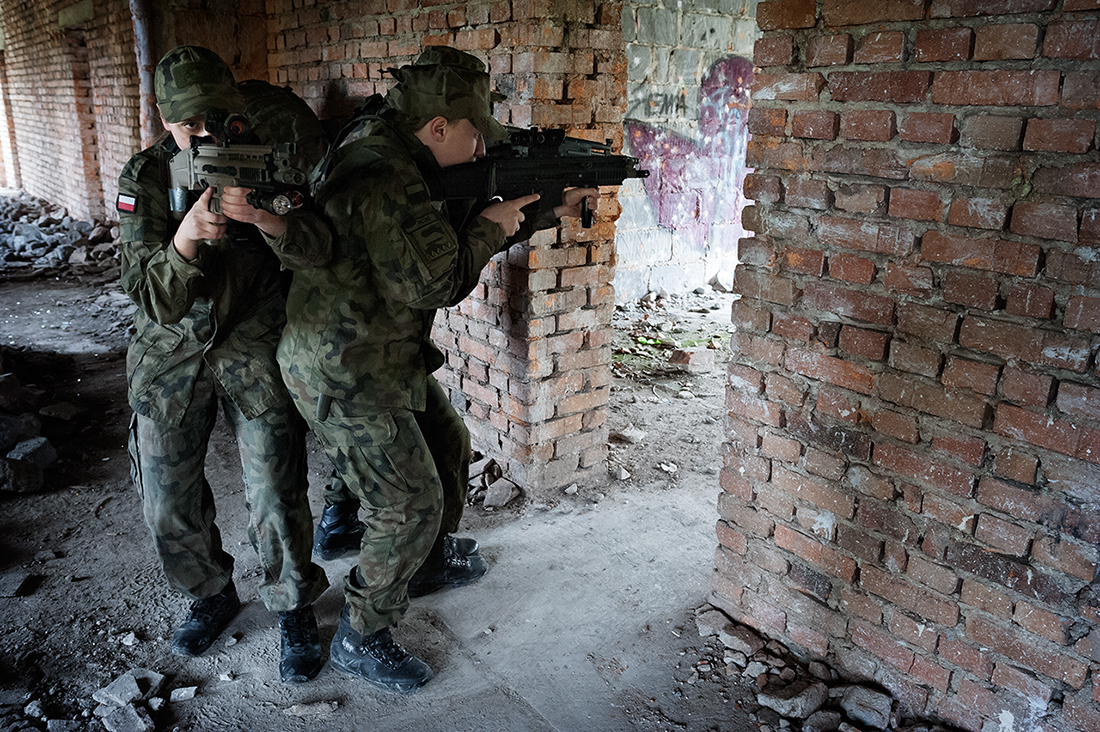 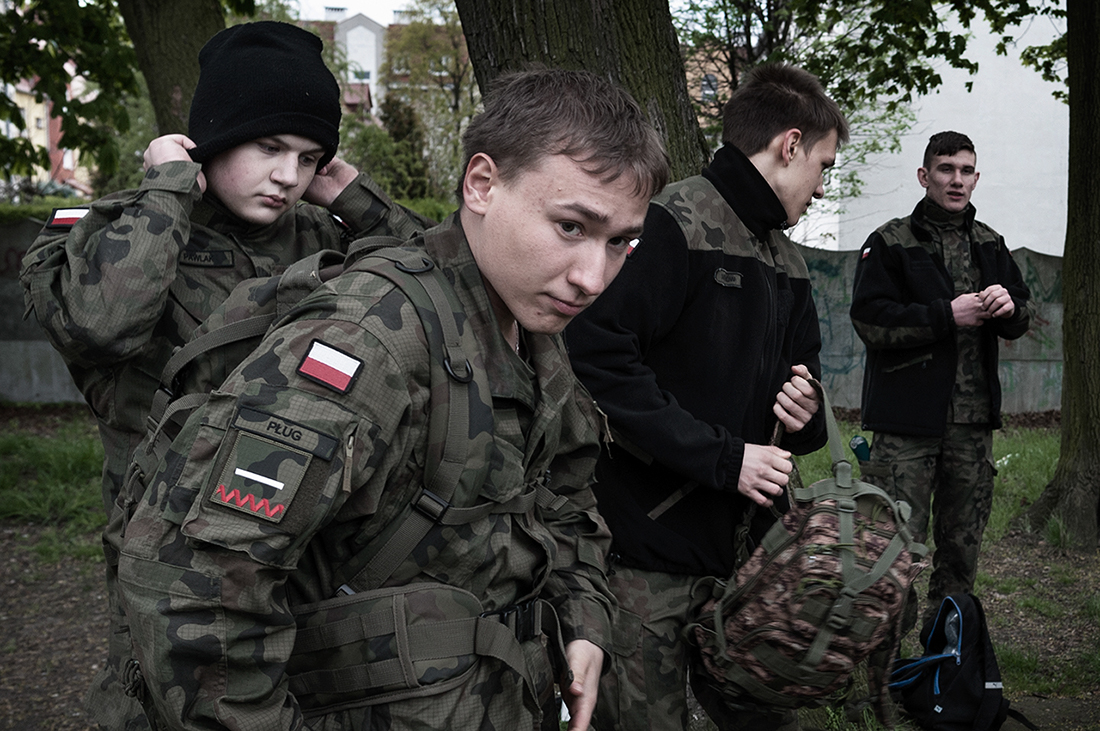 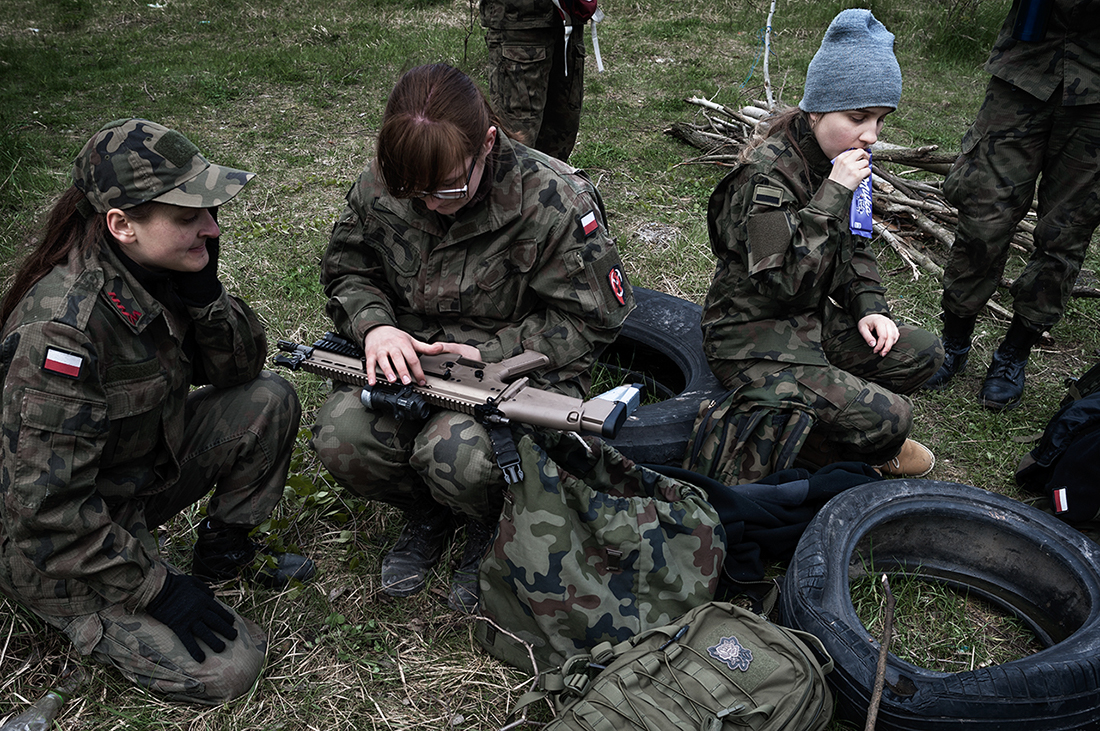 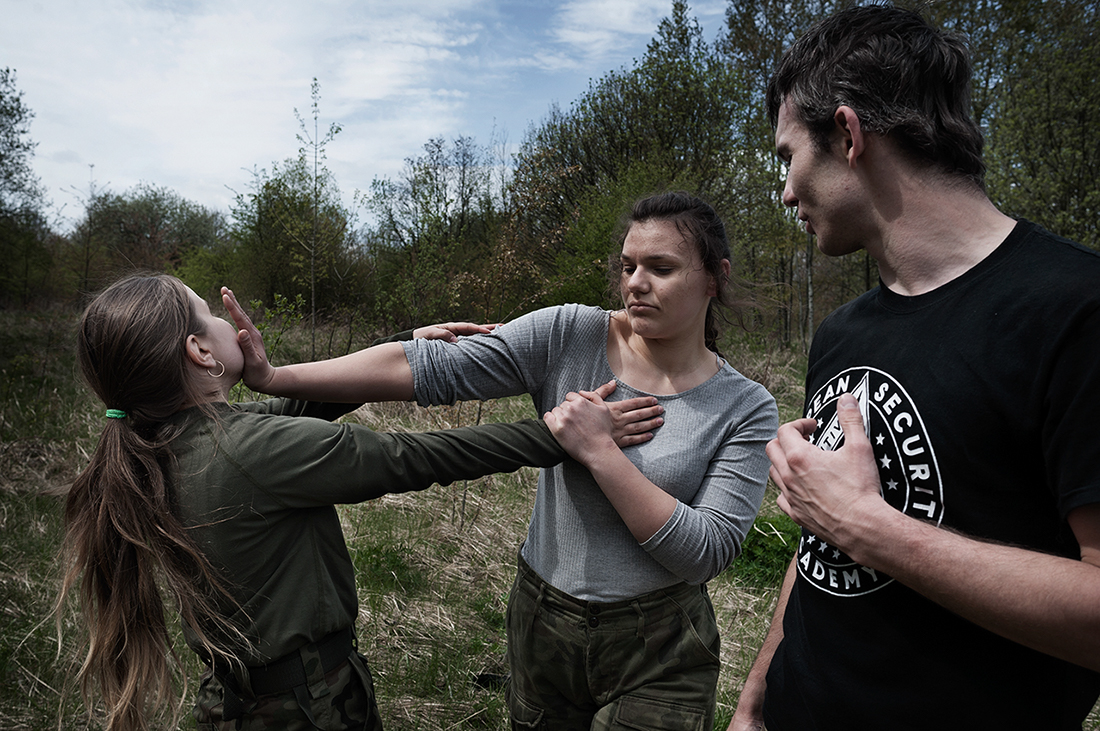 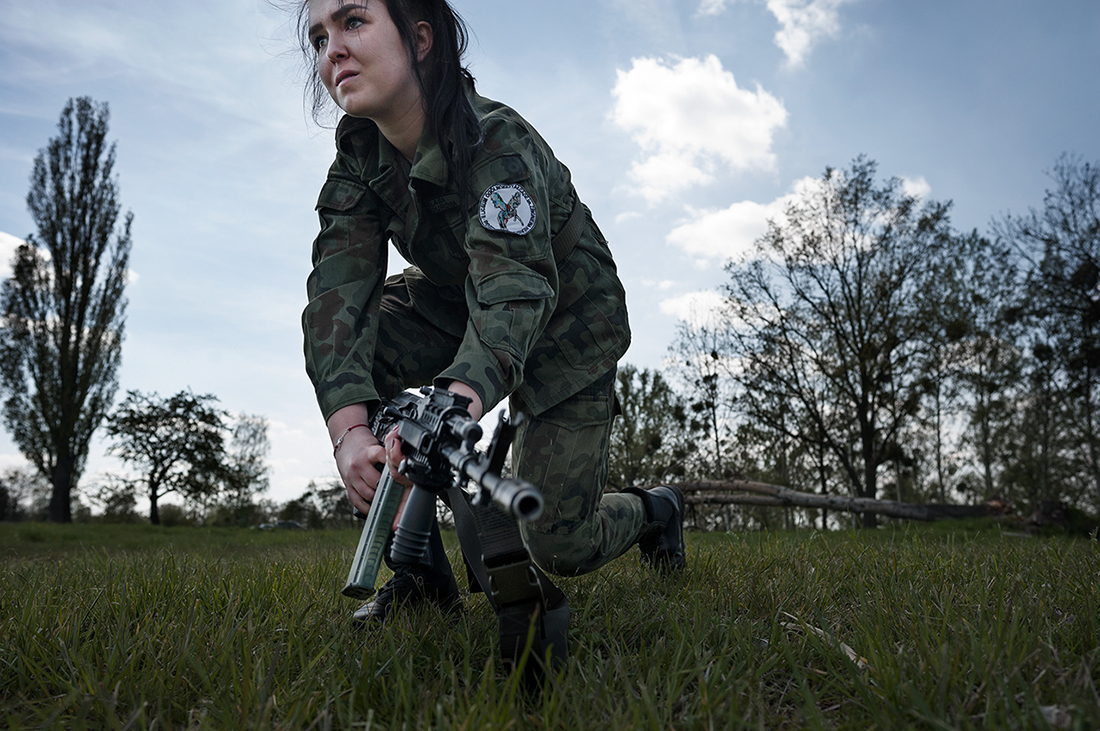 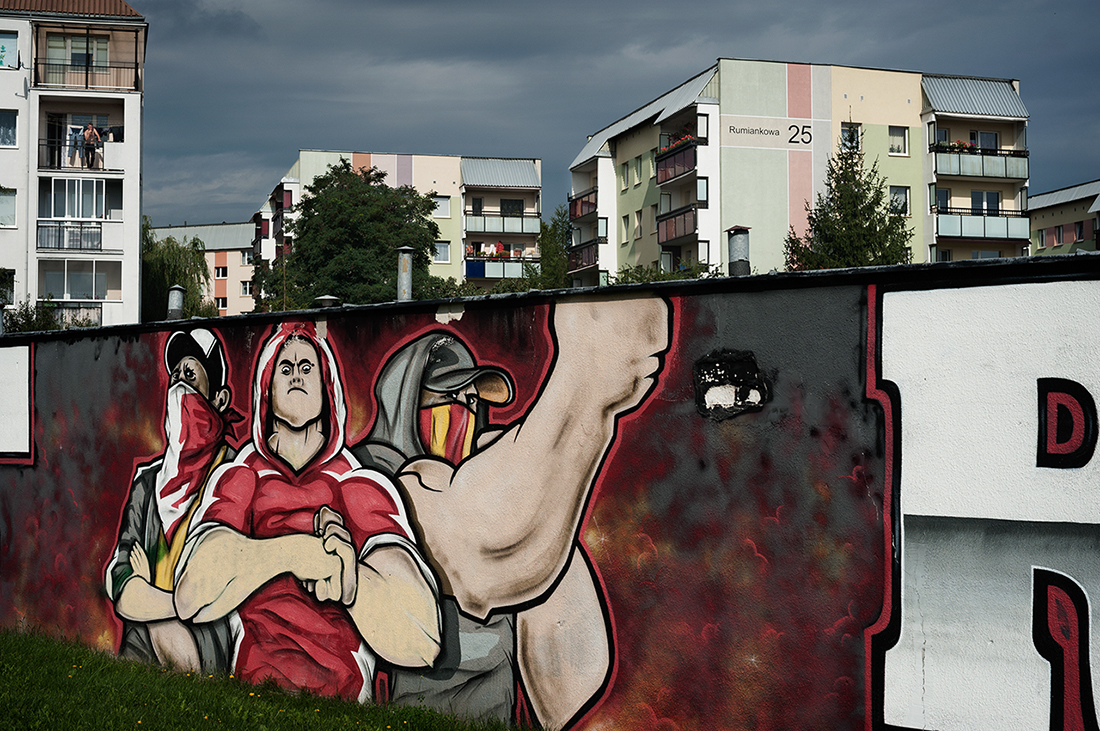 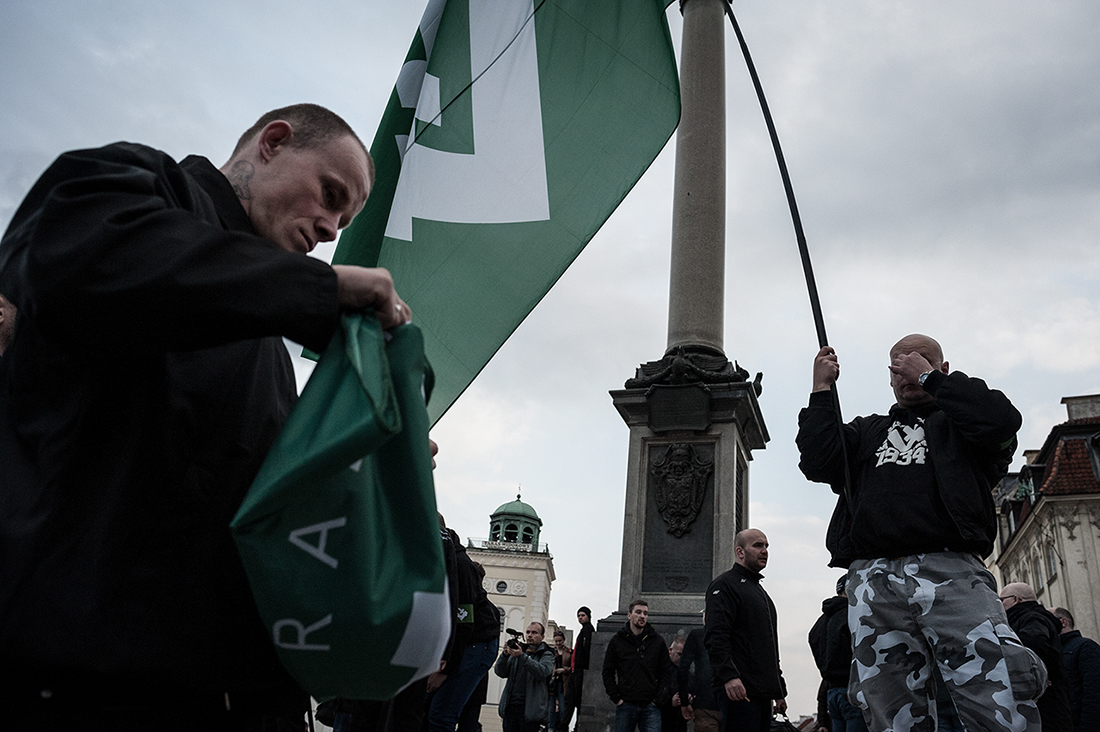 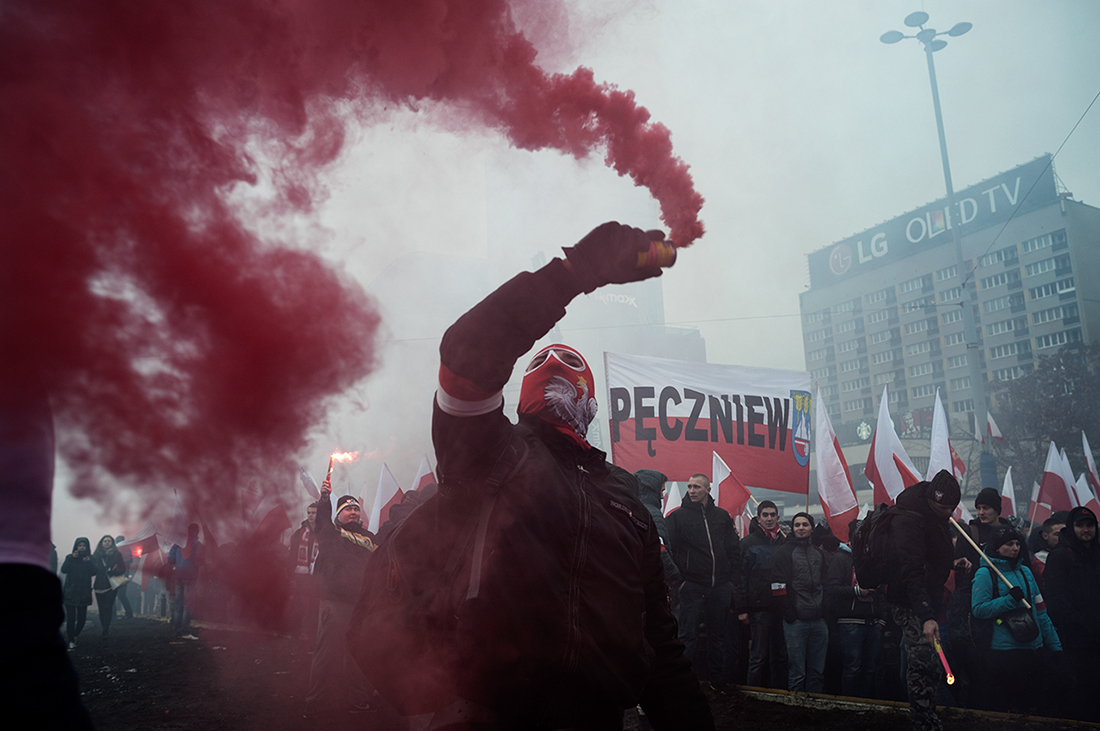 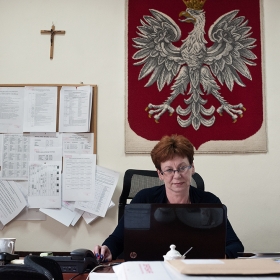 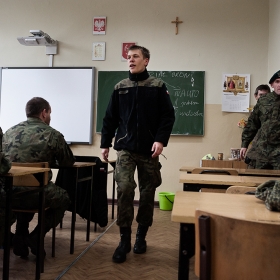 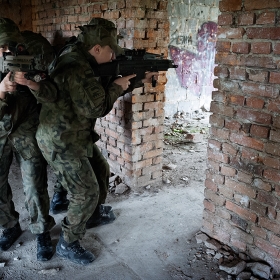 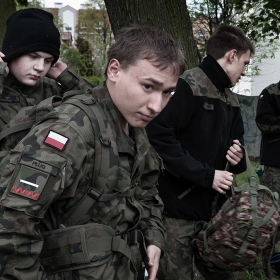 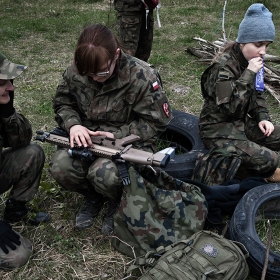 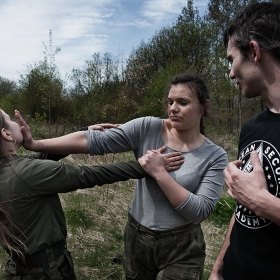 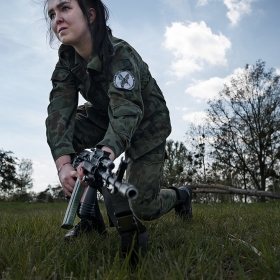 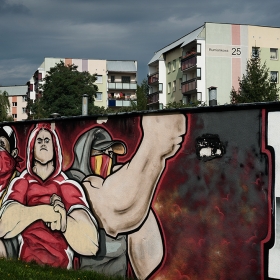 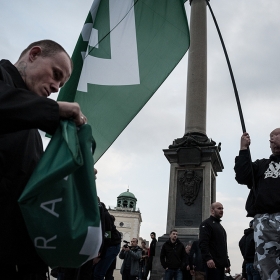 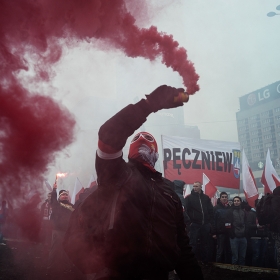 In recent years Polish public schools have developed “Military Profile Classes”, an educational program destined to teenagers between 16 and 19 years old. Around 2000 schools across the country offer such courses, some allowing enrollment even at the age of 13.

The program, considered a “pedagogical innovation”, is developed within the frame of the subject “Education for Security”. Each school decides independently the detailed content and activities of the course. Practical activities are conducted either in collaboration with paramilitary private organizations or with the Polish Army. Their objective is to develop survival and military skills among the young, but many teachers aim also at strengthening patriotic and religious consciousness, taking “God, Honor and Motherland” for its motto.

In 2016, the Polish Ministry of Defense published “A Guide-Book for the Shooter” aimed at unifying such training at the national level. The manual, not available for the general public and sent directly to schools, fixes the basic frame of the course but also lays down some doctrine. For example, “patriotism” is defined as being related to the Catholic faith and to ultra-nationalism.

Most teenagers I spoke with enroll in this program out of preoccupation for their future. They consider the Army, the Police, or other uniformed public services as the most secure employer and hope such classes will help them get a job. Others, at least at the beginning, treat the course as an interesting adventure or feel fascinated by the military paraphernalia. What do they think and how do they perceive the world when they finish the program? This basic question is the starting point of my project.

My main purpose is to document how the educational system, ultra-right-wing movements, paramilitary organizations and the national Army influence the development of ultranationalist values and the fascination for the military among the Polish youth. I plan to document the activities (including survival camps) conducted within the “Military Profile Classes” program. I have already established contact with one school where, last April, I could photograph such activities during two days. I plan to follow those activities and students’ life during a larger period of time and complete the material by a more general documentation of the socio-economic, religious and ideological context those young Poles live in.

About author:
Hanna Jarzabek (1976, Poland). She finished a Master degree in Political Science and worked on refugee reports for UN agencies such as UNRWA and UNCTA. She developed her passion for photography while travelling (the Gaza Strip, Iran, Philippines).

Since 2008 she is based in Spain where she works as a freelance photojournalist, combining her personal projects with the teaching of photography. She has published in BuzzFeed News, L'OBS, Equal Times, 5W Magazine, Alternatives Économiques, Interviú, El Periódico de Cataluña, 7k Magazine, Gazeta Wyborcza and Polityka among others.

Her projects address discrimination and societal dysfunctions in Europe, with accent on gender and sexual diversity. Lately she has began to work on the issue of radicalization of youth and the increase of right-wing movements in Europe. In parallel she has also been developping projects in post-Soviet regions, investigating issues related to the construction of national identity and the consequences of the collapse of the Soviet Union.

She has won different awards, such as the Third Prize in POY Latam 2015, in the multimedia – everyday life category and was awarded with a Helge Humelvoll Scholarship to participate in the 69th Missouri Photo Workshop (2017) and with the “Photojournalism Grant 2015” (GrisArt International School of Photography, Barcelona).

Nominee in 2017 Edition of Photography Grant in "Photojournalism category" (London / UK), finalist of the 19th FotoPres la Ciaxa (Barcelona 2013) and of the Grand Press Photo 2012 (Poland) she was also selected to "Les Coup de Coeur de l'ani" award by Iconographers National Association at Visa pour L'image (2016).
She has participated in festivals such as PhotOn 2018 International Festival of Photojournalism (2018), UCL Festival of Culture in London (2017), FOTONOVIEMBRE Tenerife (2015) and the VIII Biennal de Xavier Miserachs (2014) among others.


Collective exhibitions and other collaborations