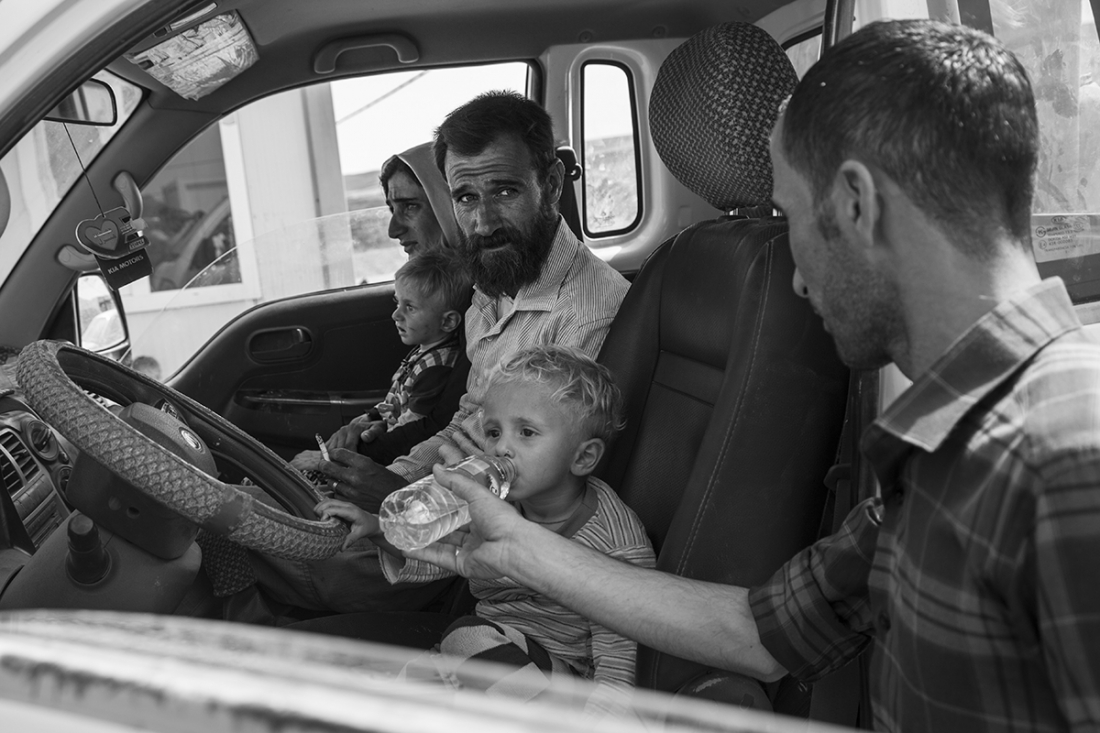 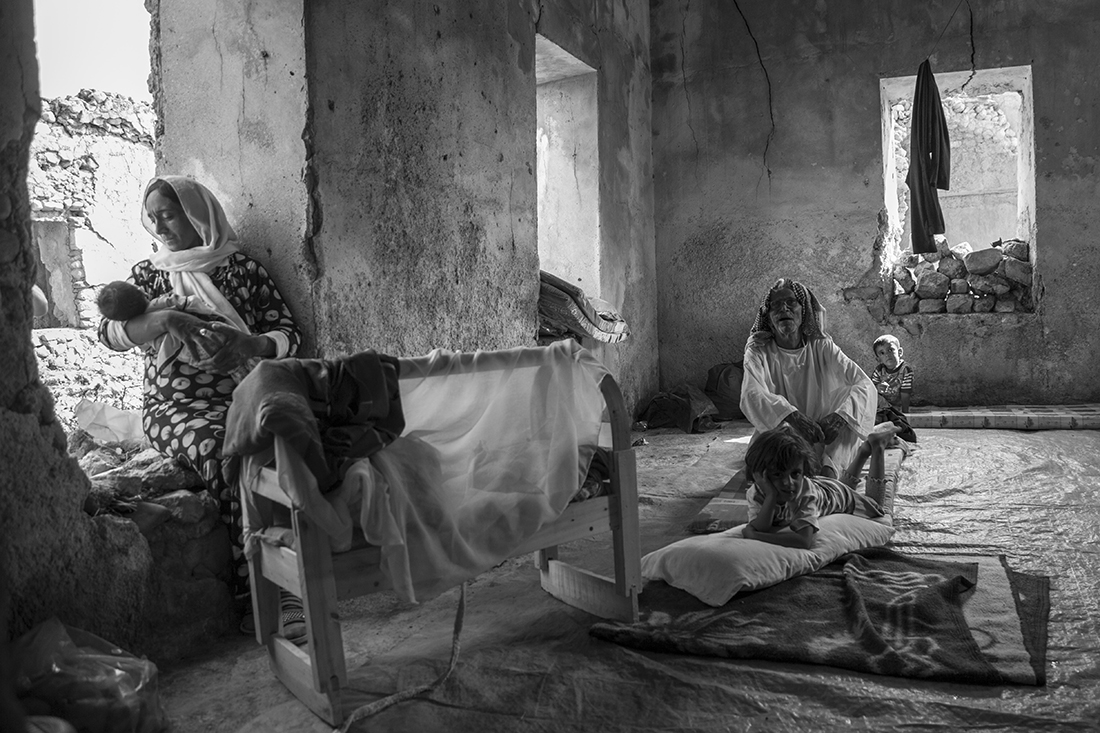 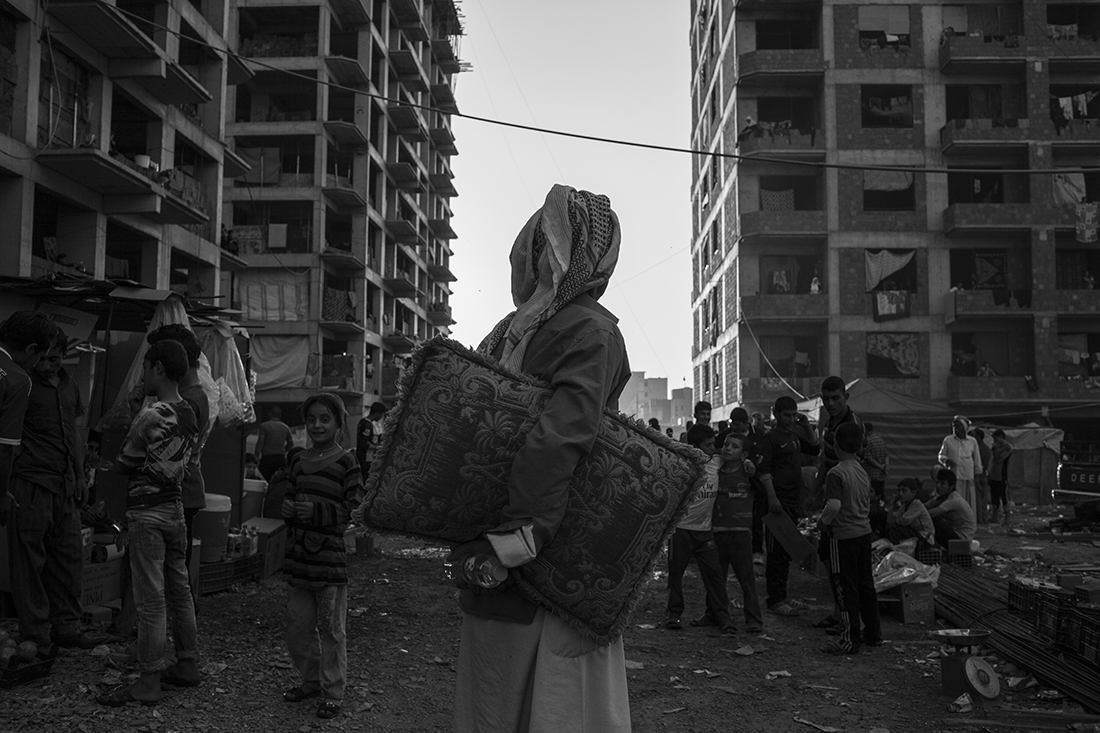 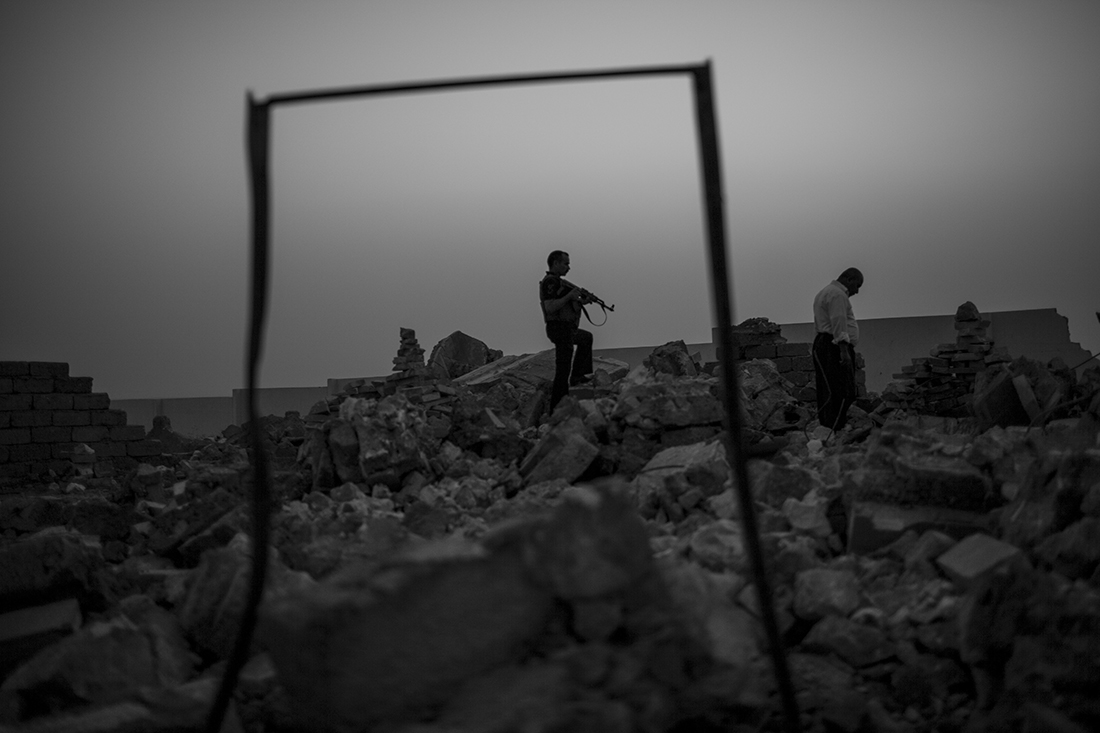 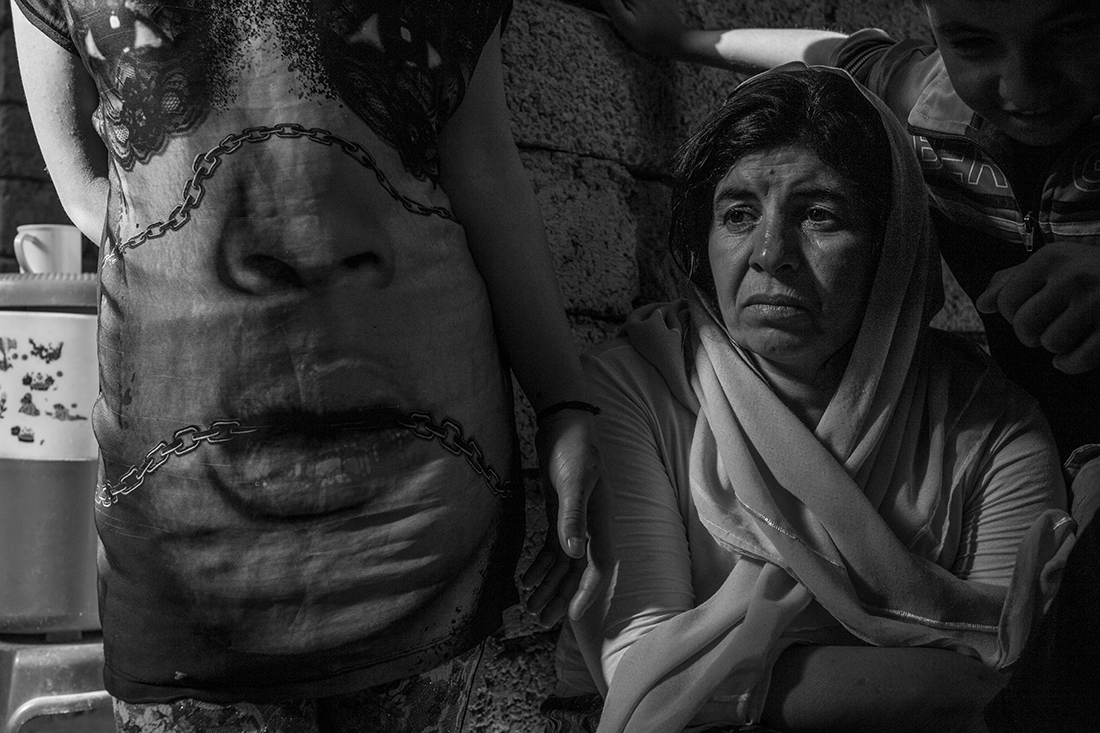 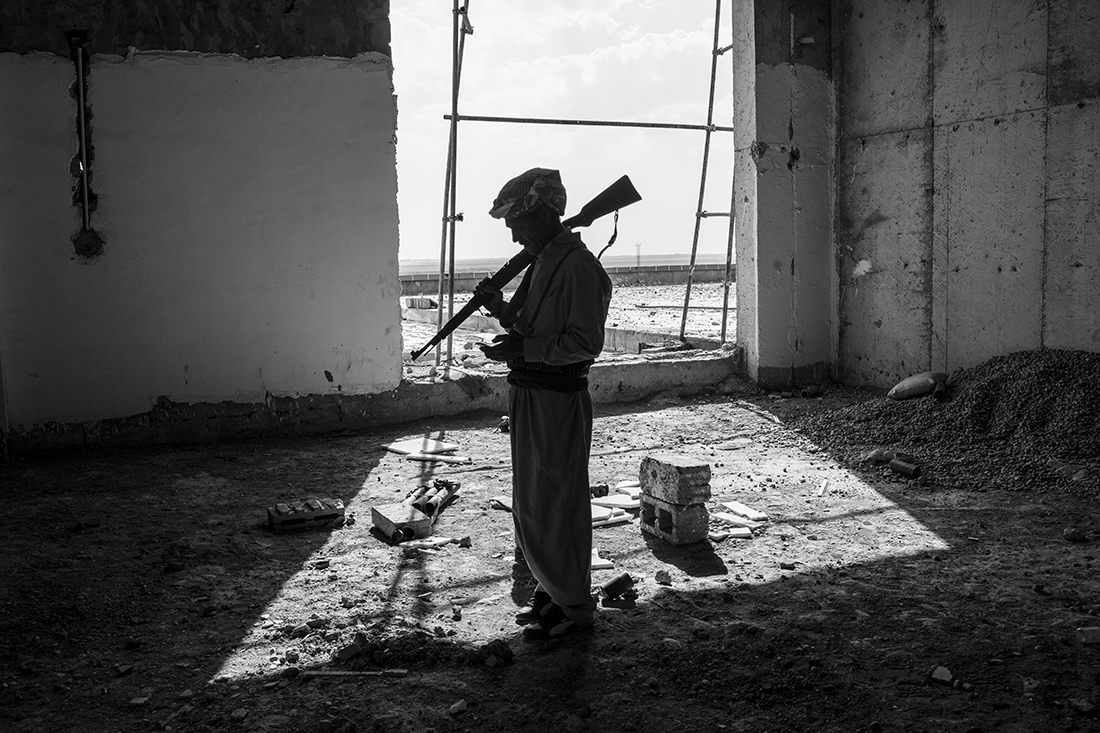 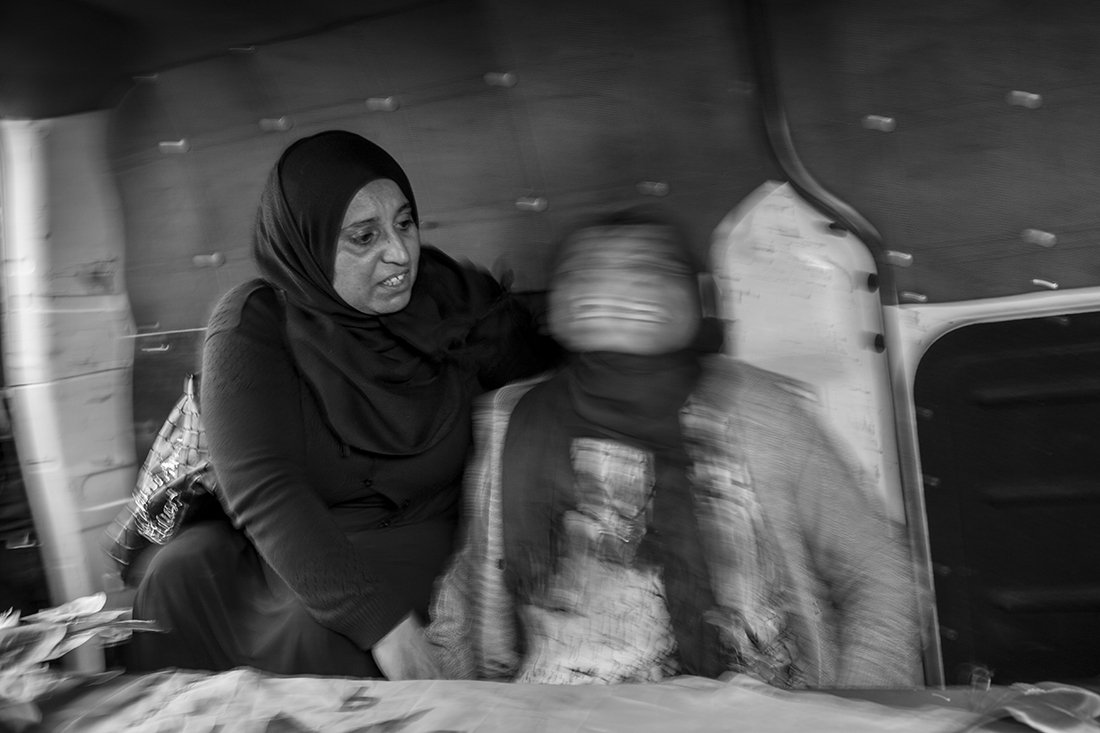 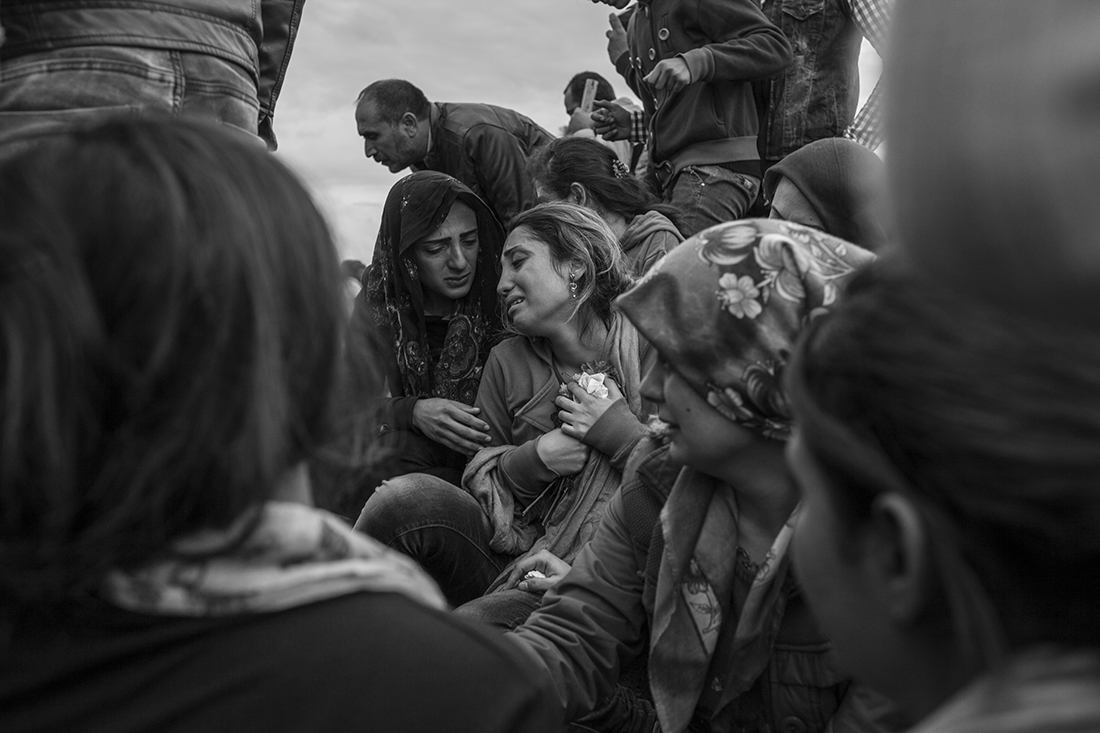 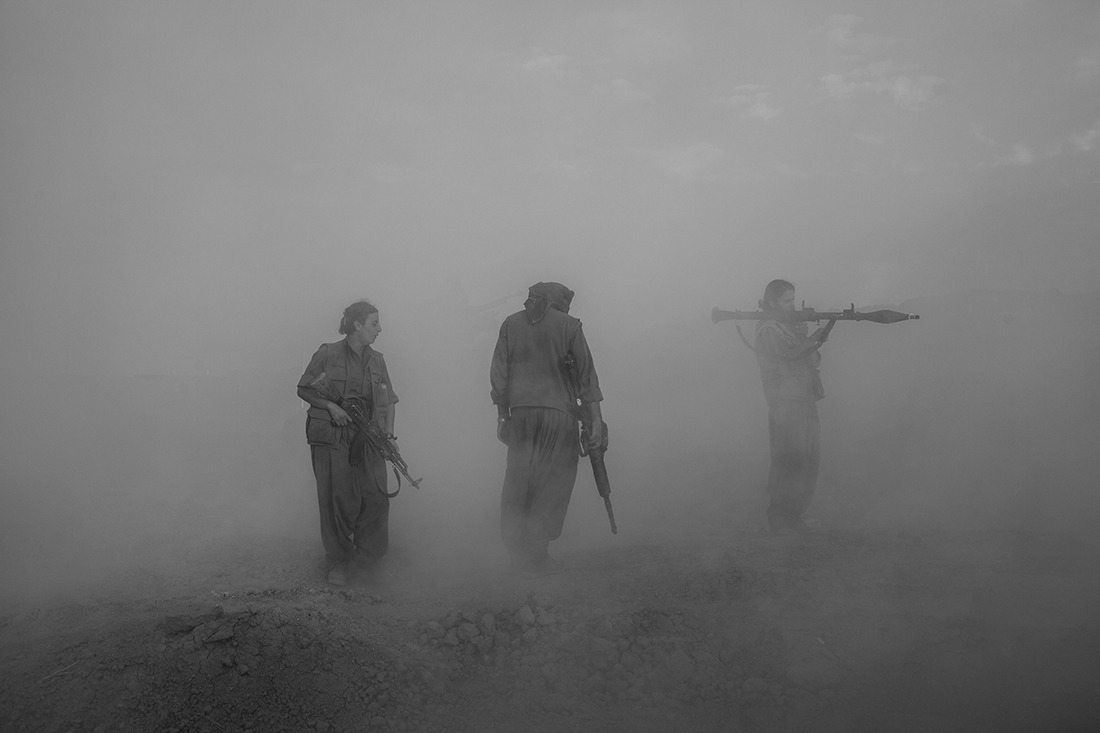 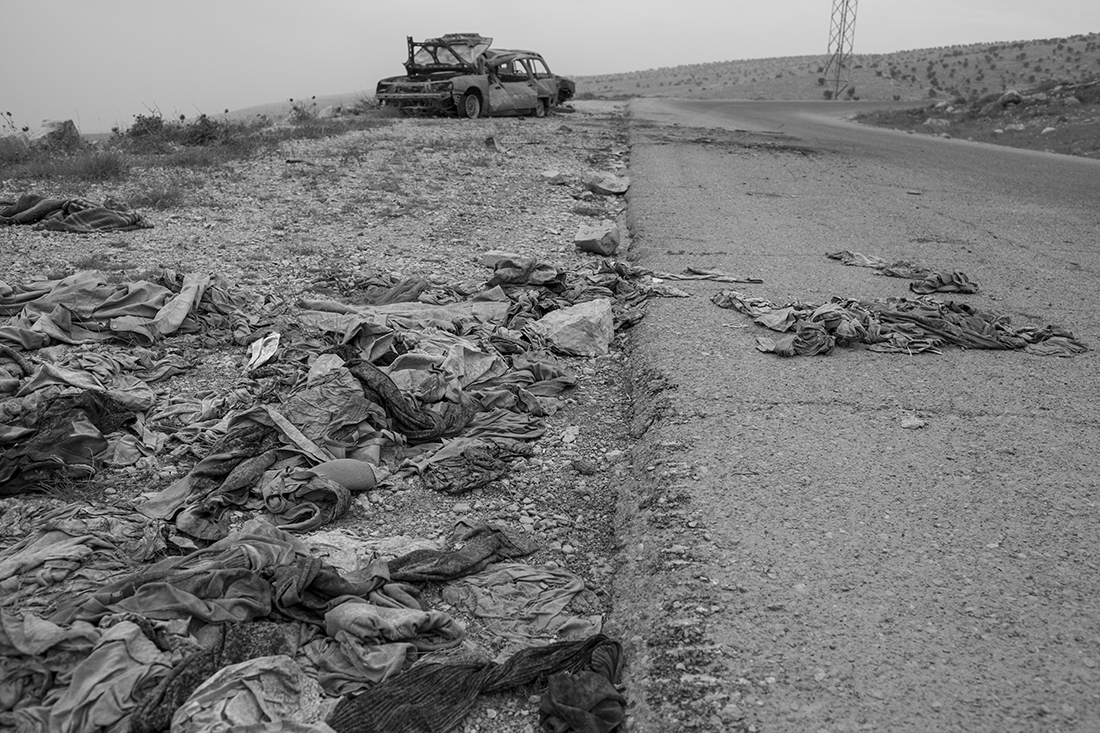 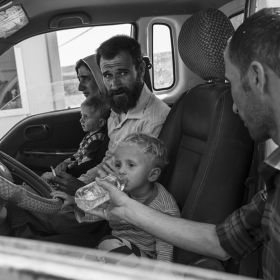 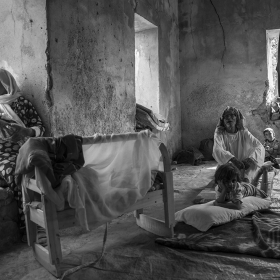 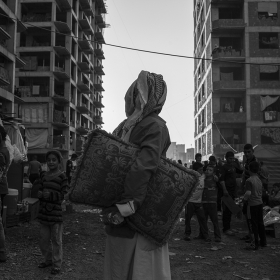 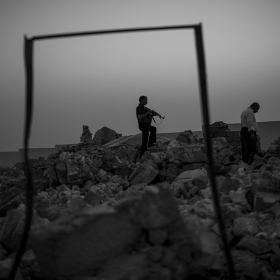 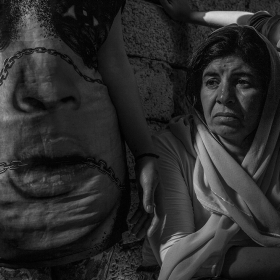 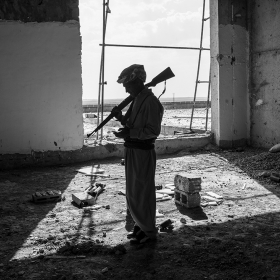 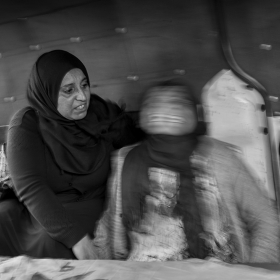 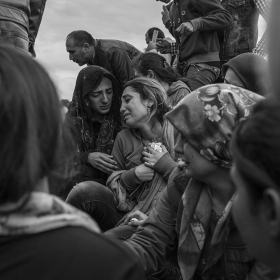 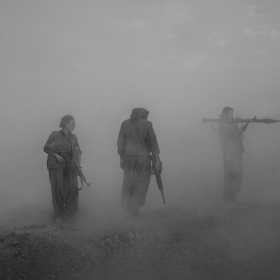 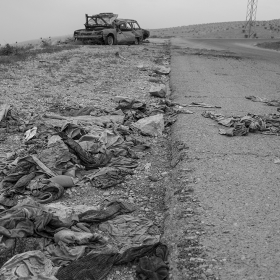 younes mohammad
In the name of religion
Share
Support this photographer - share this work on Facebook.
In the name of religion.
Islamic State of Iraq and Syria or Islamic State of Iraq and al-Sham (ISIS) is a Salafi jihadist militant group that follows an Islamic fundamentalist, Wahhabi doctrine of Sunni Islam. Derived from its Arabic name ad-Dawlah al-Islāmiyah fī 'l-ʿIrāq wa-sh-Shām‎), the group is also known under the acronym Daesh.
While ISIS calls itself the real executer of Islamic rules, so many other muslems blame them for diverging from Islamic rules and introducing a brutal Islam.
ISIS attracted Jihadis from all around the world even from none-Islamic countries. During last two years they killed
As of December 2015, the group has control over vast landlocked territories in Iraq and Syria with population estimates ranging between 2.8 million and 8 million people, where it enforces Sharia law.
A UN report estimated a total of 15,000 fighters from over 80 countries in ISIL's ranks as of November 2014.]US intelligence estimated an increase to around 20,000 foreign fighters in February 2015, including 3,400 from Western countries.
Killing of captives, Military use of children, Sexual violence and slavery, Beheadings and mass executions, Destruction of cultural and religious heritage and Use of chemical weapons is some of their most brutal crimes during war in Syria and Iraq.
I believe that ISIS just use religion as a excuse for reaching their terroristic aims and the different minorities in Iraq and syria are victims of their ectivity.

I start this project from 2013 and still am working in at both country (Syria - Iraq) to show what happened for the people and area with this religion that ISIS bring it for them.

Captions - In the name of religion :


Photo N1:
18 Aug 2014 Sohaila, Dohuk, Iraq: Kurdish Yezidi family after surviving from 8 days of being surrounded by ISIS and walking more than 35 kilometres in Syrian territories, just have been arrived to Syria and Iraq border. People were welcoming refugees by distributing food and water.
More than 40000 of Kurdish Yezidis were surrounded by ISIS for 8 days in hottest days of summer without water and food.


Photo N2:
18 Aug 2014 Sohaila, Dohuk, Iraq: Kurdish Yezidi family after surviving from 8 days of being surrounded by ISIS and walking more than 35 kilometres in Syrian territories, just have been arrived to Syria and Iraq border and they find an old empty area and because they have nowhere to go decided to stay and live there.
People were welcoming refugees by distributing food and water.
More than 40000 of Kurdish Yezidis were surrounded by ISIS for 8 days in hottest days of summer without water and food.

Photo N3:
3 Oct 2014 Sharia, Dohuk, Iraq: Yezidi woman is living with her family in an unfinished structure of a building in Sharia city, Dohuk. She survived her family and herself from ISIS and ran to KRG.
During IS attacks to Sinjar and Yezidi minority villages around Sinjar in Aug 2014,They separated men and women and children, mass murdered men, used women as sex slave and used under 12 year-old children as under age soldiers after brain washing them.


Photo N5:
5 Oct 2014 Rabiaa, Mosul, Iraq: A volunteer Yezidi Peshmergah is trying to call his family after liberating operation of Rabiaa in city’s unfinished hospital building.
Rabiaa is official border of Iraq Syria and ISIS had control over this city for two months. And Peshmergah with supports of coalition liberated the city. Liberating of Rabiaa was the most important step before liberating of Sinjar.


Photo N6:
7 Oct 2014 Zakho, Dohuk, Iraq: A Yezidi refugee between other thousands of refugees in an unfinished construction field with his pillow, sleeps every night in a different place.
No one were expecting for that huge amount of refugees so
KRG local government started to place them in schools, streets and even unfinished construction sites.

Photo N7:
23 Oct 2014 Daqoq, Kirkuk, Iraq: Some of PKK fighters are posing for foreigner photographers in misty weather of winter. After IS attack in Aug 2014 to KRG of Iraq All kurdish Fighters from Iran Turkey and Syria gathered to fight resist against IS offences they acted as support forces for Peshmargah in regions like Sinjar,Makhmour and Kirkuk.


Photo N8:
6 Oct 2015 Sinjar, Mosul, Iraq: A view of mountain road of Mosul to Sinjar which is main exit road of city. During Aug 2014 ISIS mass murdered Yezidis who tried to ran from Sinjar mountain the only running gap.
We can see personal belongings of refugees remaining from that mass murder. Those who did not succeed to run arrested by ISIS forced to convert to Islam or Pay Jaziya (a fine for none-Muslims) or captured as war prisoner. They divided men and women, Executed men and captured women as Sabiya.
Still there is so many yezidi girls and women in ISIS hands as sex slaves.

Photo N9:
8 Nov 2015 Romilan, Al-Hasakah, Syria: Mother of martyr Hwzan Direk is mourning over her son’s coffin. Hwzan and his other 7 fellow comrades of YPG forces has been killed by suicided attacking of ISIS Jihadis in frontline.

Photo N10:
8 Nov 2015 Romilan, Al-Hasakah, Syria: Family members of martyr Hwzan Direk are mourning over his coffin in his funeral.
Hwzan and his other 7 fellow comrades of YPG forces has been killed by suicided attacking of ISIS Jihadis in frontline.

About author:
Younes Mohammad Born in 1968 in Dohuk, Iraq. He’s a Kurdish freelance photographer mostly active on assignments for newspapers, magazines etc.
He spent his life in Iran as a refugee 1974 - 1998, and graduated in MBA University of Tehran.
Photography was his passion but he had no chance to follow it while war situation was still continuing Under Saddam’s time.
In 2011 he quits his jobs and starts his journey as a photographer. His work has been exhibited internationally and published widely in publications.
He has received numerous awards including Mifa, Days Japan.
He is now based in Erbil, Iraq.