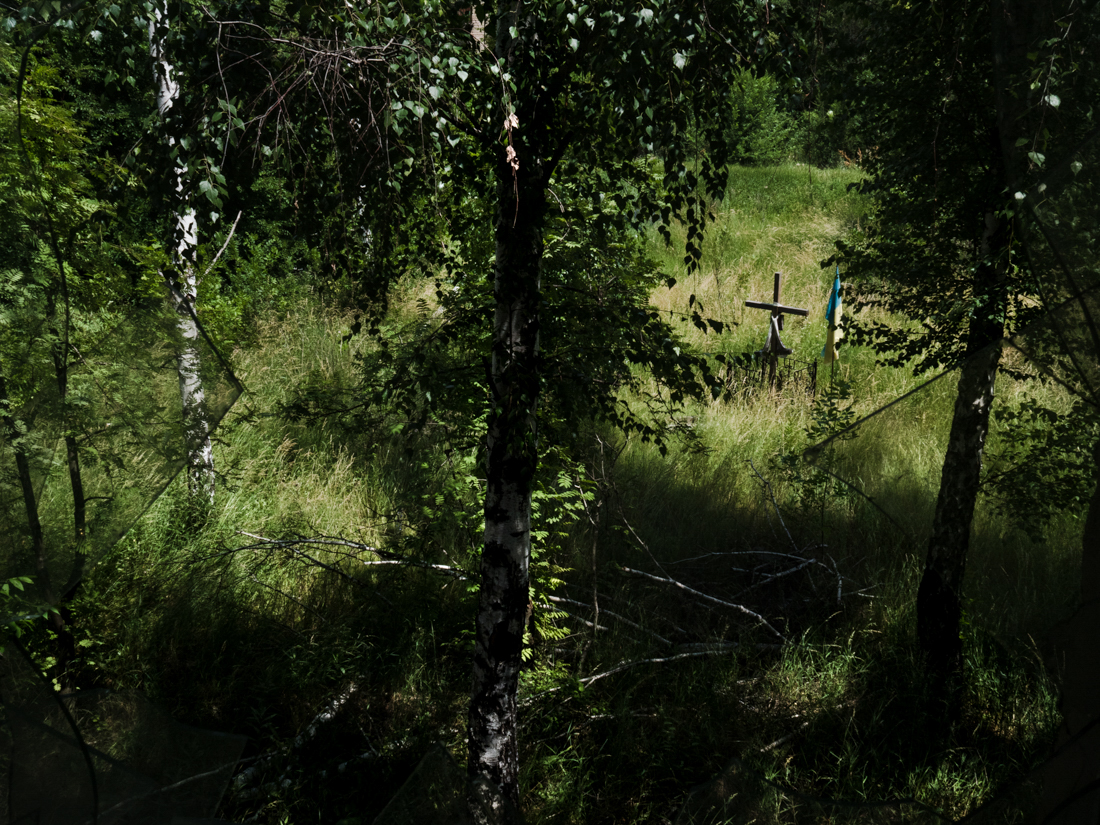 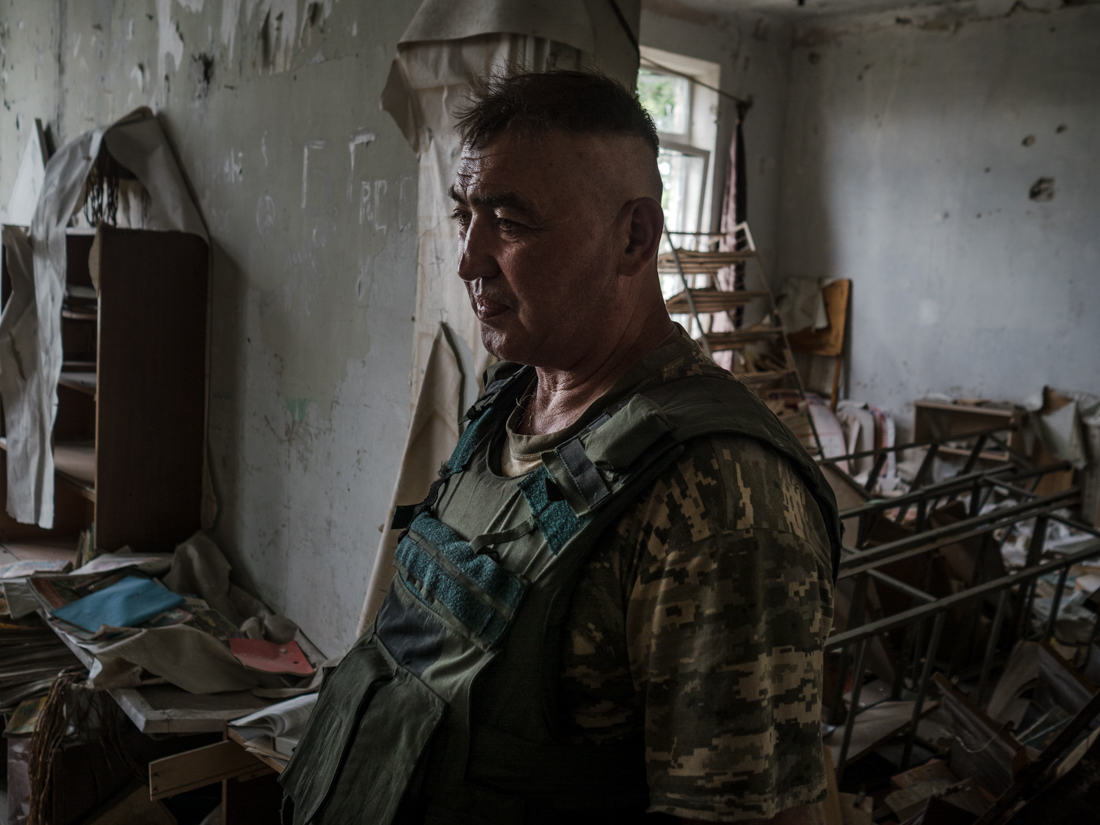 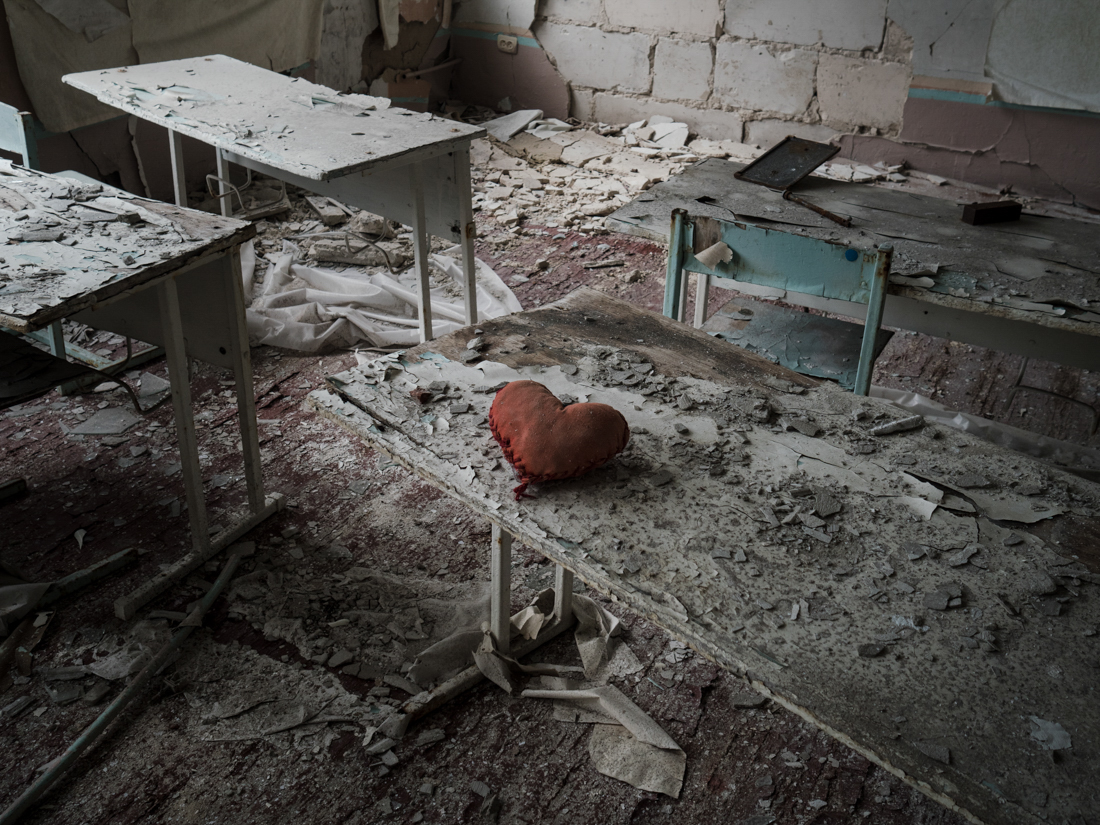 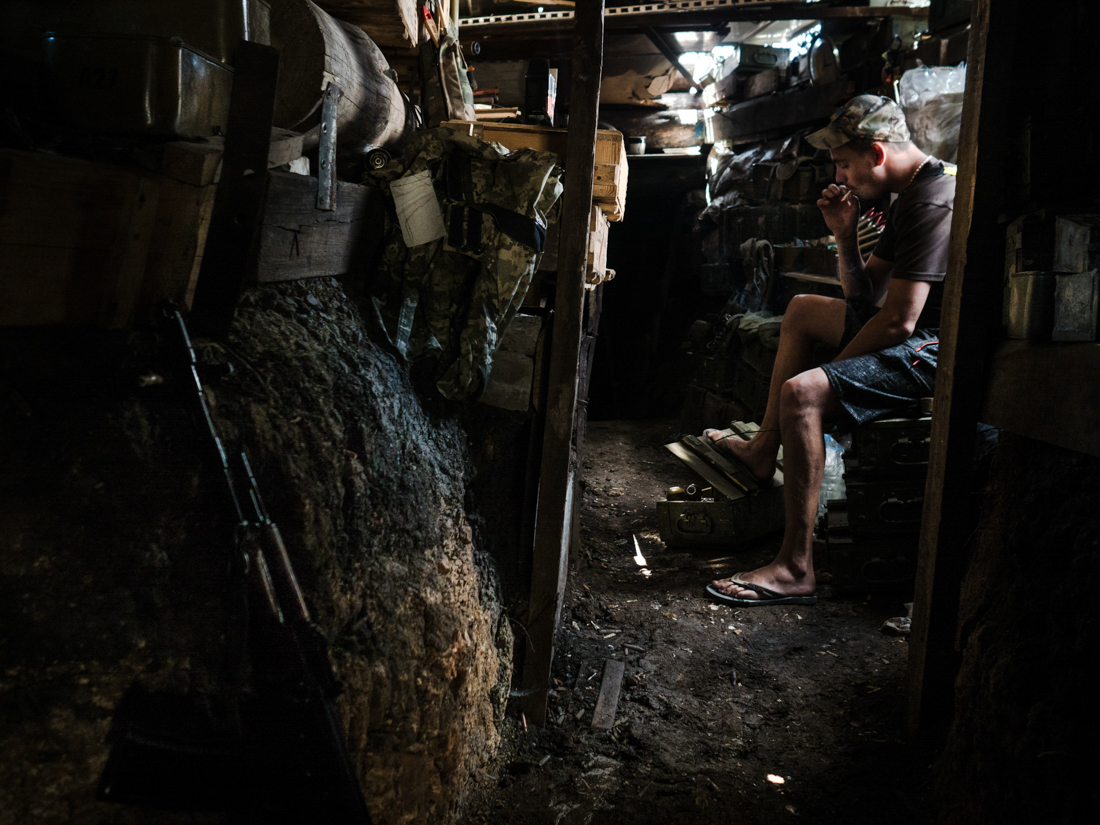 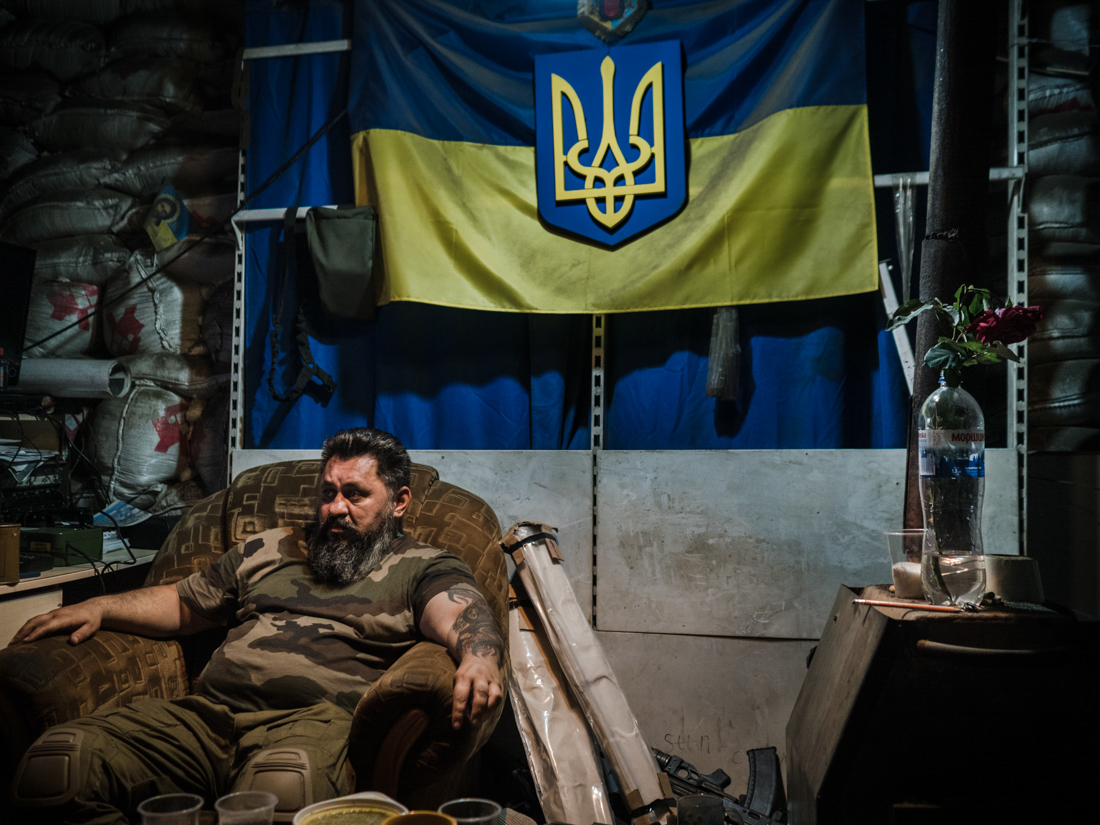 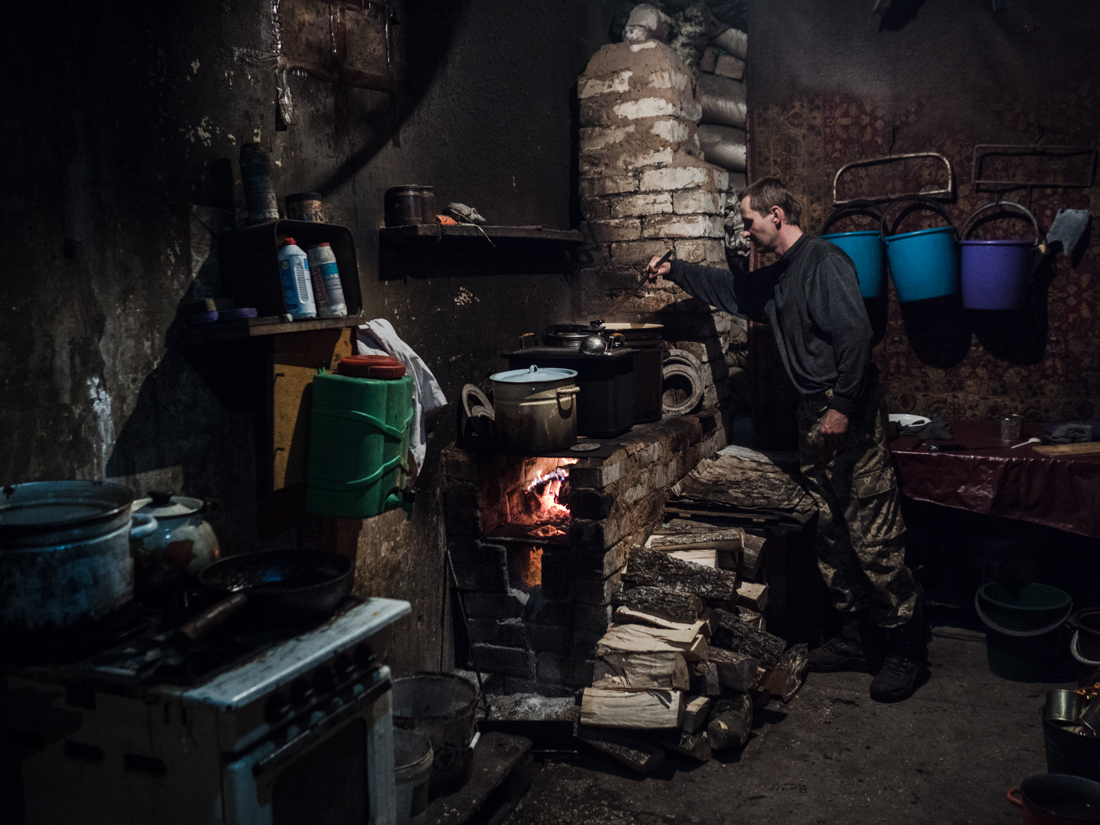 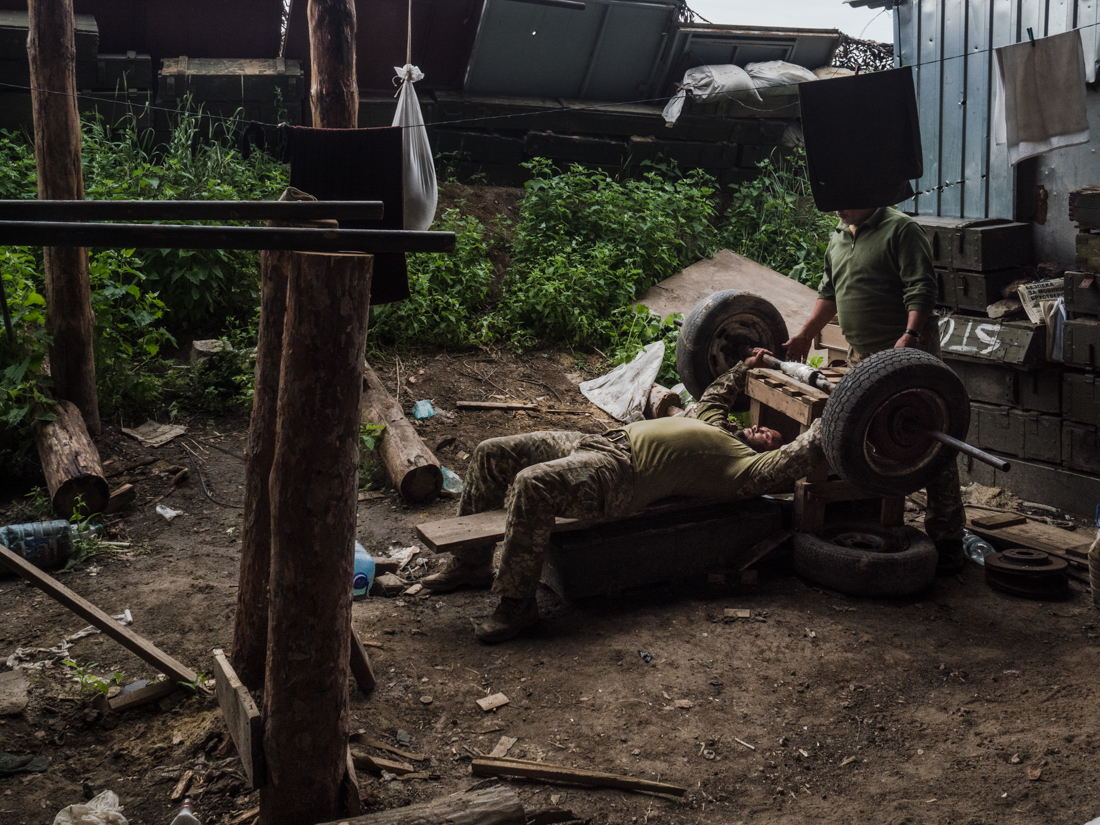 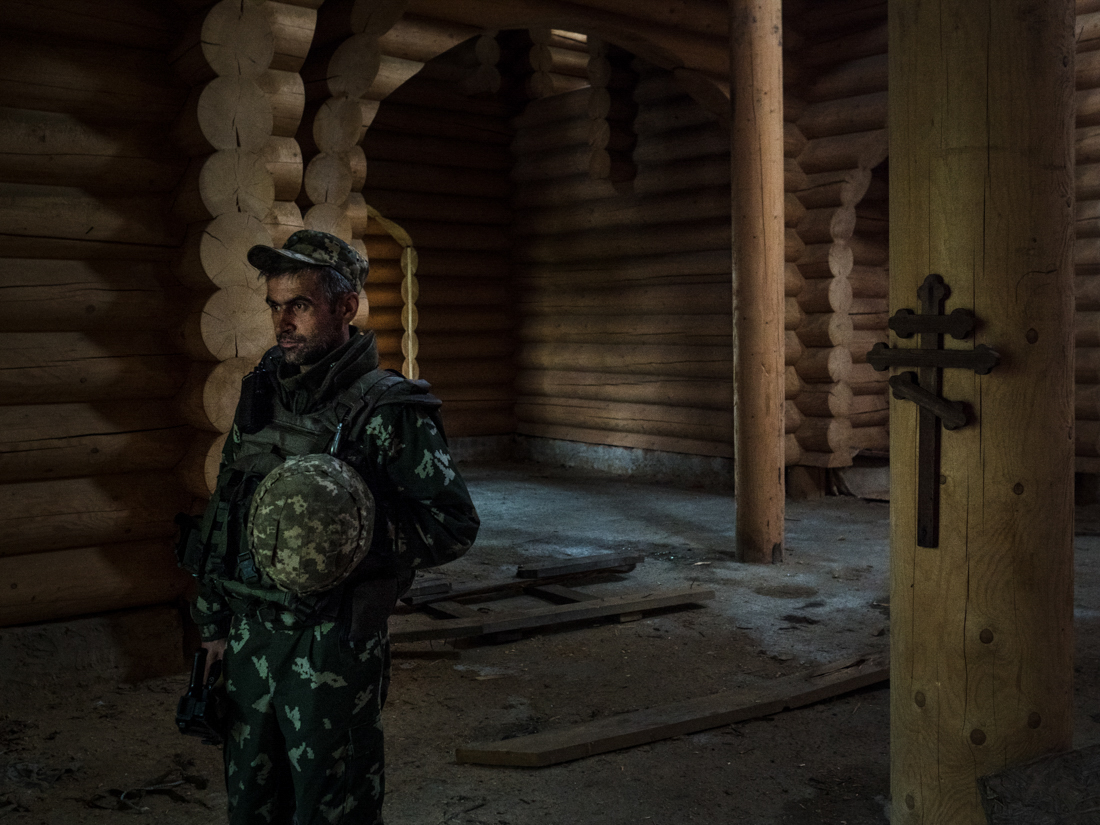 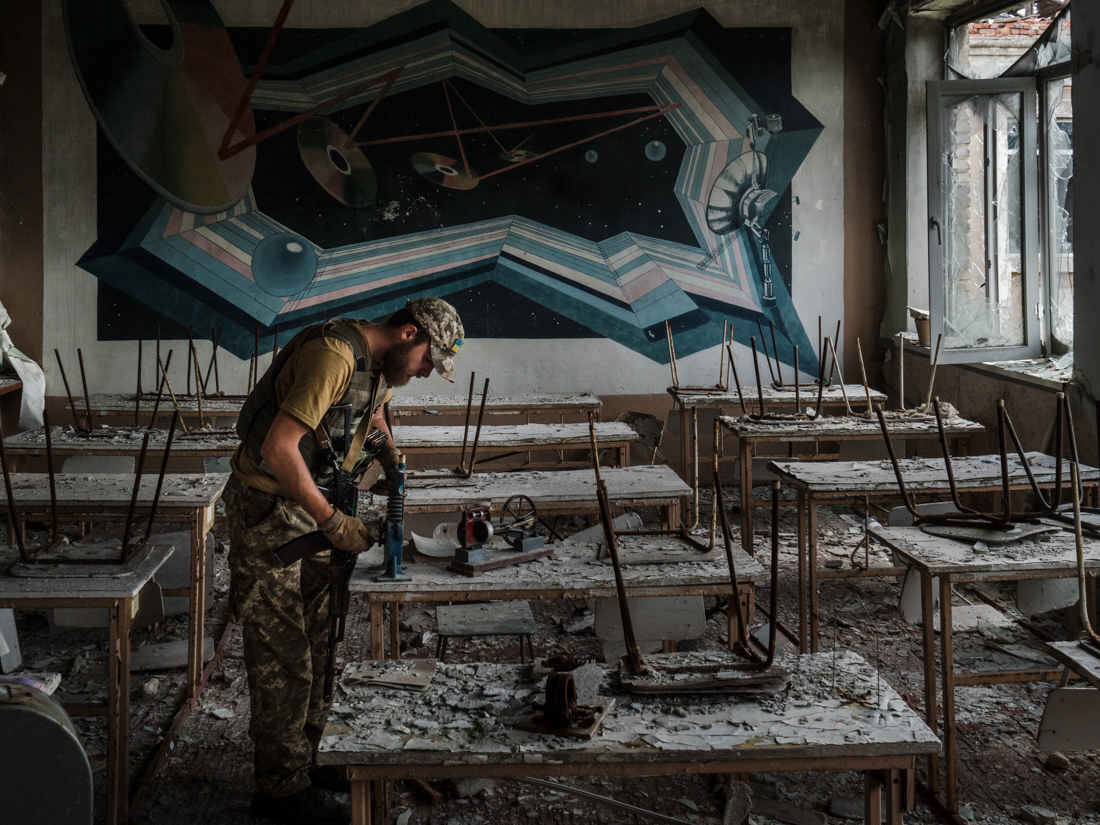 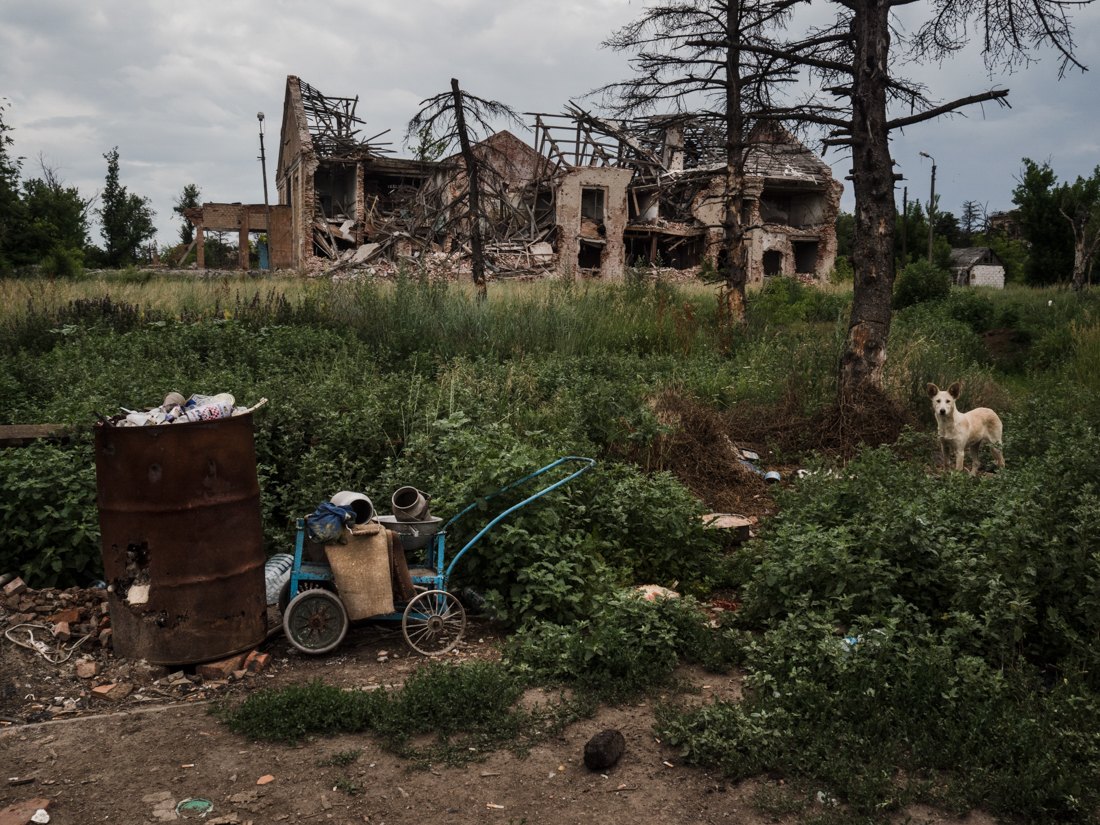 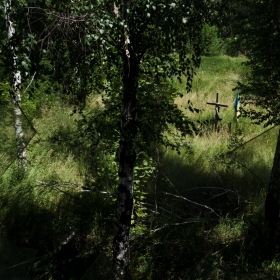 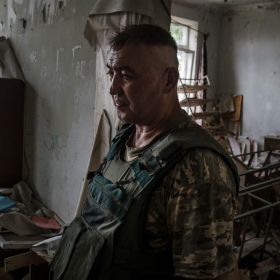 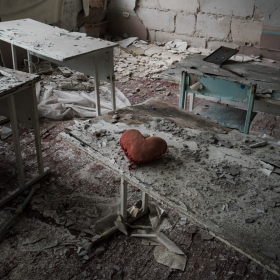 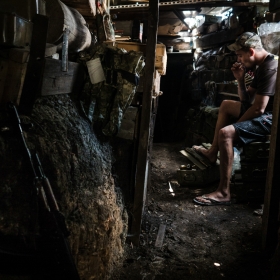 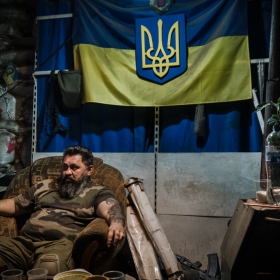 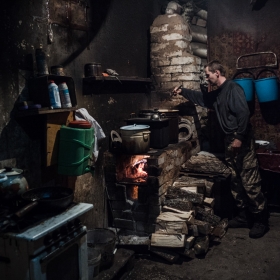 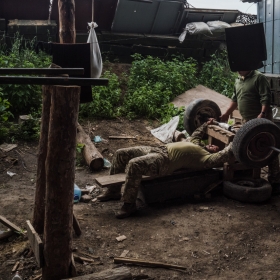 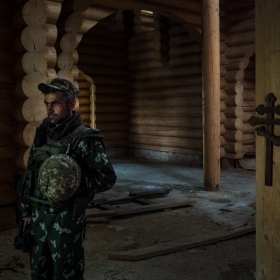 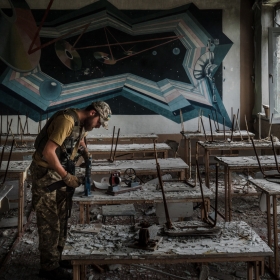 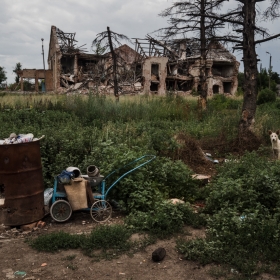 Gaëlle Girbes
"In border, the gate of Europe"
Share
Support this photographer - share this work on Facebook.
Three years! Three years exactly that continues the war in Ukraine. In July, 2014 Donbass ignited with the arrival to the borders from the east of the "small green men" of the Russian president Vladimir Putin. Since this war made 10 000 deaths and more than 20 000 wounded persons.
The begun negotiations, as the agreements of Minsk I, II and III did not obtain convincing results. The diplomatic initiatives introduced by France and Germany to try to make Vladimir Putin yield remained vain. The Russian president stands to his/her/its position, he brings to the rebels his military support, while continuing to deny him.

The diplomatic game starts again nevertheless this summer with the election of the new French president, Emmanuel Macron who announced in Versailles during the official visit of the Russian president : " I reminded for my part the will that we can succeed within the framework of the commitments of Minsk, in a de-escalation. »

An exchange under the said format Normandy combining Russia, Ukraine, France and Germany, took place on Monday, July 24th, and the second meeting in the same format is planned in August. From its part, the United States intend to deliver weapons in Ukraine and his envoy, Kurt Volker, to declare: “with more than one thousand violations of the cease-fire a day and daily deaths, it is impossible to speak about ice-cold conflict or about stabilization. It is about the real war, rough. »

Far from the political comfort of lounges, in the east of Ukraine, the war remains and persists between pro-Russian separatist rebels and the Ukrainian army.
This conflict takes place today and we speak about it little. And nevertheless, it is not a motionless war or a conflict frozen as sometimes we consolidate to say. On the frontline, every day, men die.
On Wednesday, July 19th, eleven Ukrainian soldiers died under firings of separatist heavy weapons. Every month figure of the victims grows heavy. The graves of fortune, isolated, flooded in tall grass, lost at random by a military position are not rare. A cross of fortune crashed on an ground freshly returned, means that a soldier fell…

On the Ukrainian front, in border of Europe, it is a war of trench, a slow war, a war of attrition. At the bottom of these long intestines of ground, in buildings destroyed by firings of heavy weapons of the men people charge rifles, observe the horizon, wait for the torture of the expectation days after days, the long expectation or a simple action livens up the day. We play for time, the game of needles, the game of the peace preceding the storm.

In the trenches of Donbass we wait for the often night battle, we wait for the dawn and the end of the shootings of rocket and shell. An everyday life settled down among these men but the soldiers suffer from this invisible tension, the looks get lost on the ground, in the space, in the smoke of a short-lived cigarette. A nth one which begins all the time to die between the fingers of the soldier.

This wait gives to these fighters, their man's face. We dream about justice for these dead companions, for his close missing persons. We think again about the friends who are not anymore, in the separation than created this war. We dream about victory, to reconquer its country in its entirety, not see a Russian future but an European future.

Number of these men and these women who fight is volunteers who make a commitment to defend their country, the future of their children. Often simple civilians before the war, they took weapons, and slowly took place the slow transformation of the civilian in soldier. Far from the political discussions, in the reality of the war, they live under rubble, two feet under the ground.

About author:
Gaëlle Girbes began photojournalism in 2006. Her reports take her to Africa, South-East Asia and Eastern Europe but also to closer but not necessarily accessible worlds, that of the circus or that of sports, such as the world of professional boxing or the world of the Rroms in the Parisian suburbs and Bulgaria. For her, photojournalism is above all and adventure to meet others, whether it be the personal history of individuals or the collective history of peoples. She applies herself to the attention of the gaze, which makes any story interesting, to be observed in order to understand, to know, in order to be able to tell, thus following Henri Cartier-Bresson's precept : "To photograph is to put the head, the eye, and the heart on the same line of sight." It is this particular line of sight that she always tries to adjust, as precisely as possible in her work, and which serves as her guideline.
In 2010, she joined the Webistan agency of the photographer Reza, with whom she worked until March 2012, then she collaborated with the war photographer Patrick Chauvel for 4 years, with whom she created the Patrick Chauvel Fund which brings together all of the reporter's photographic work: 50 years of testimony to various contemporary conflicts, from the Vietnam War to the war in Ukraine.
Since 2018, she is contributor for SIPA agency and are currently work in Ukraine where she covers the war, its consequences and society issues.