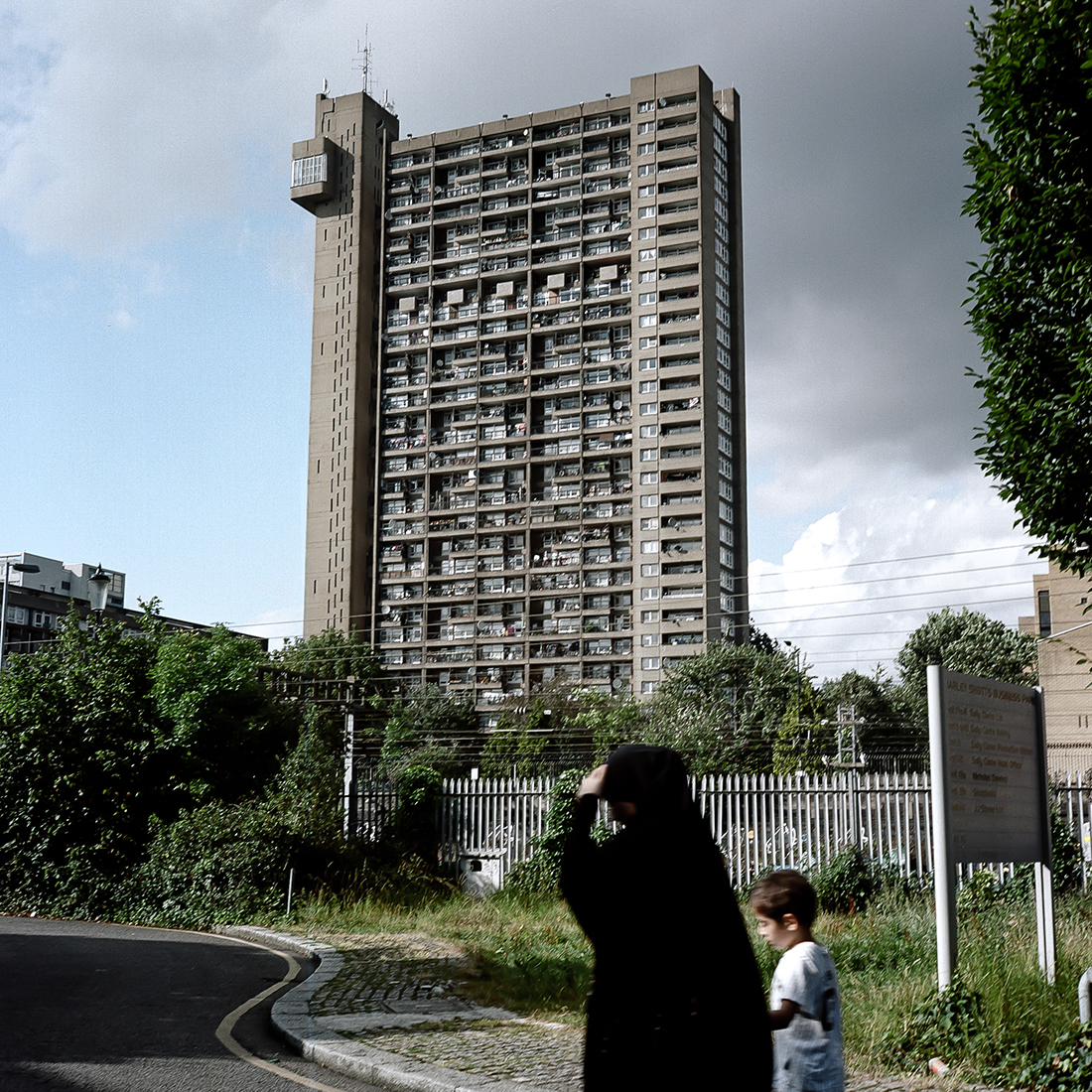 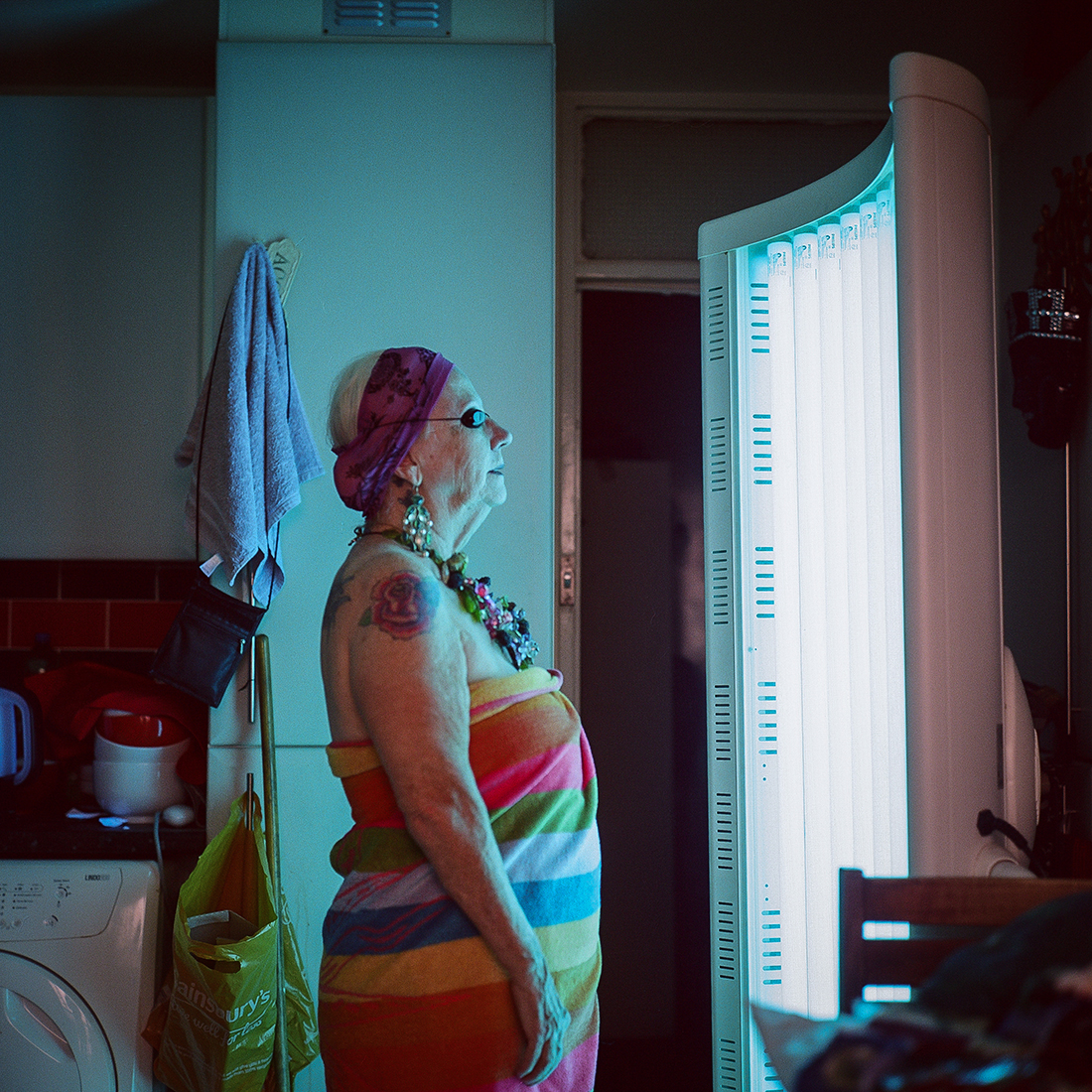 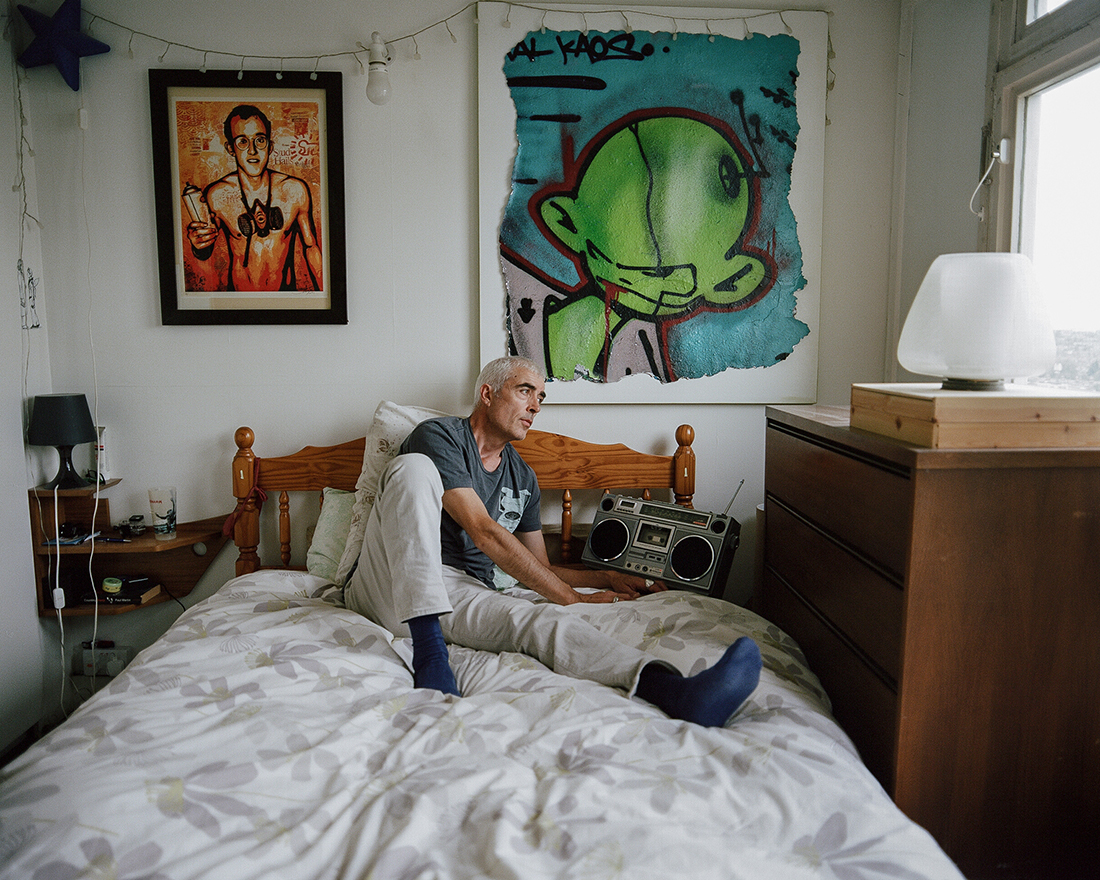 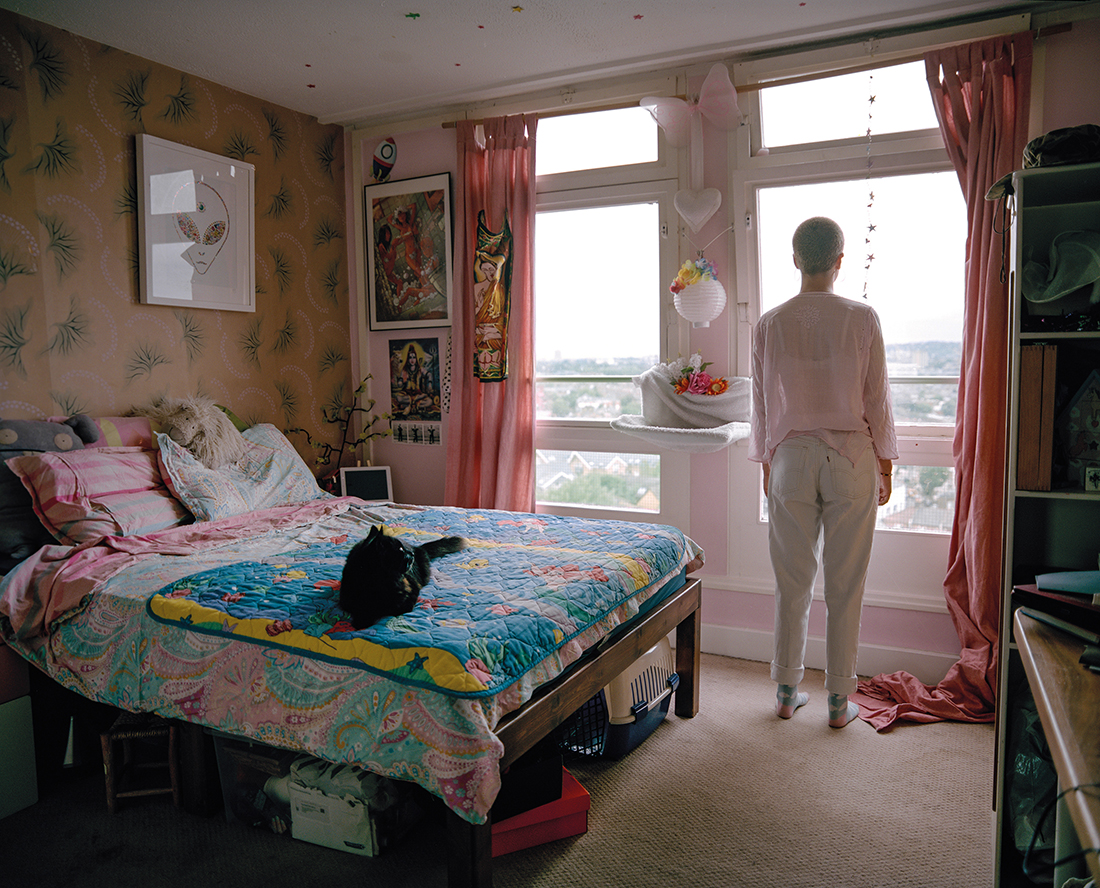 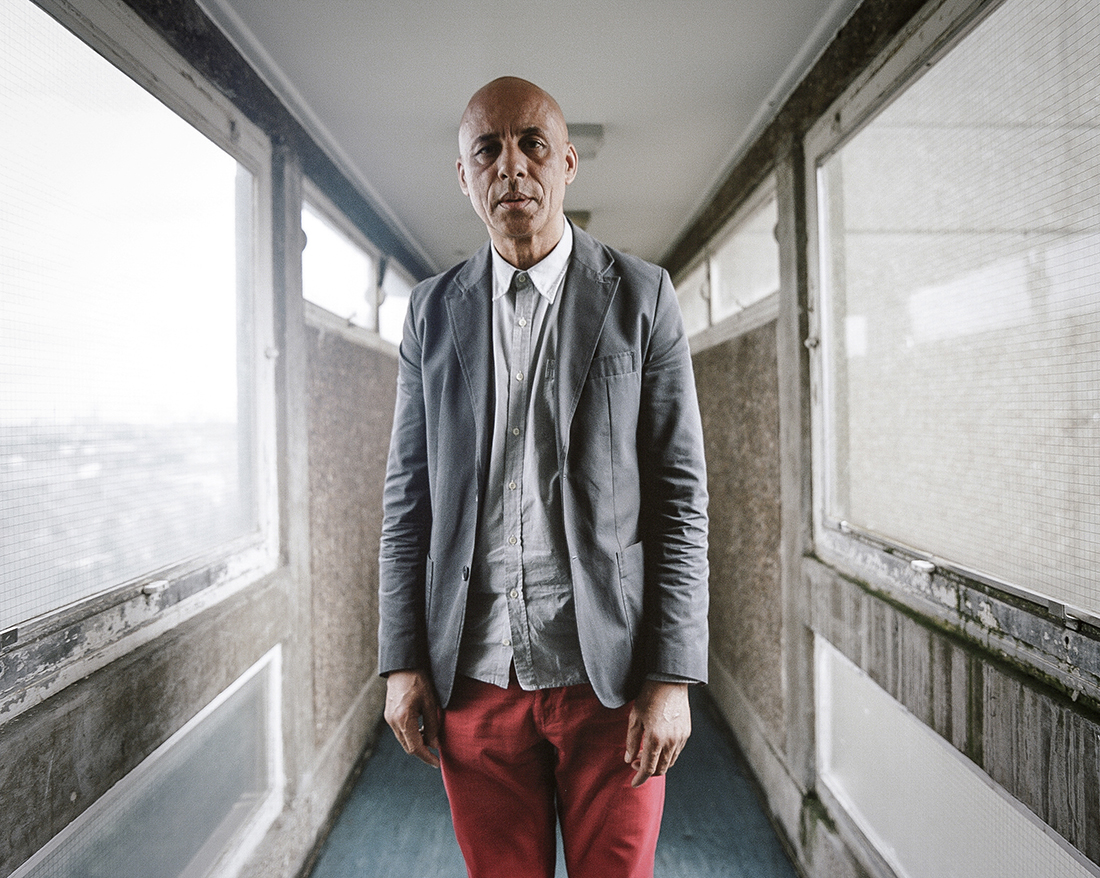 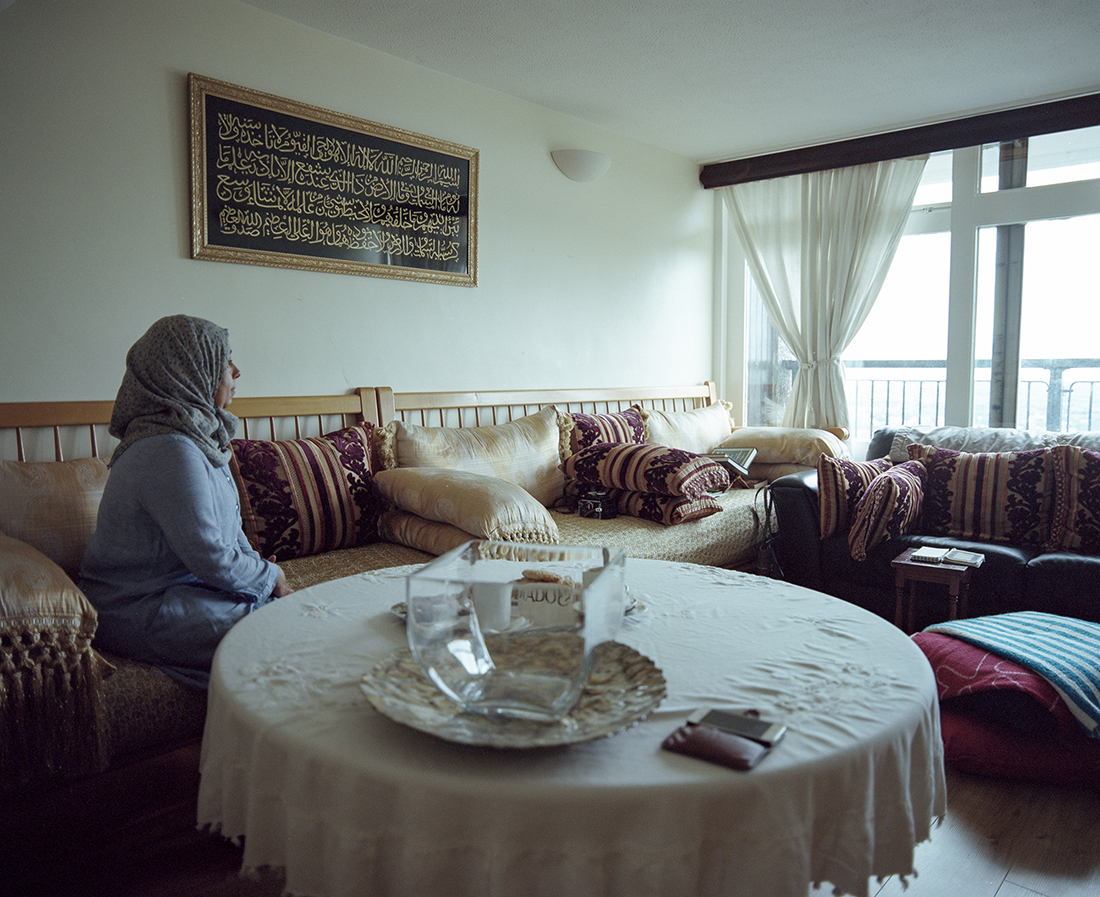 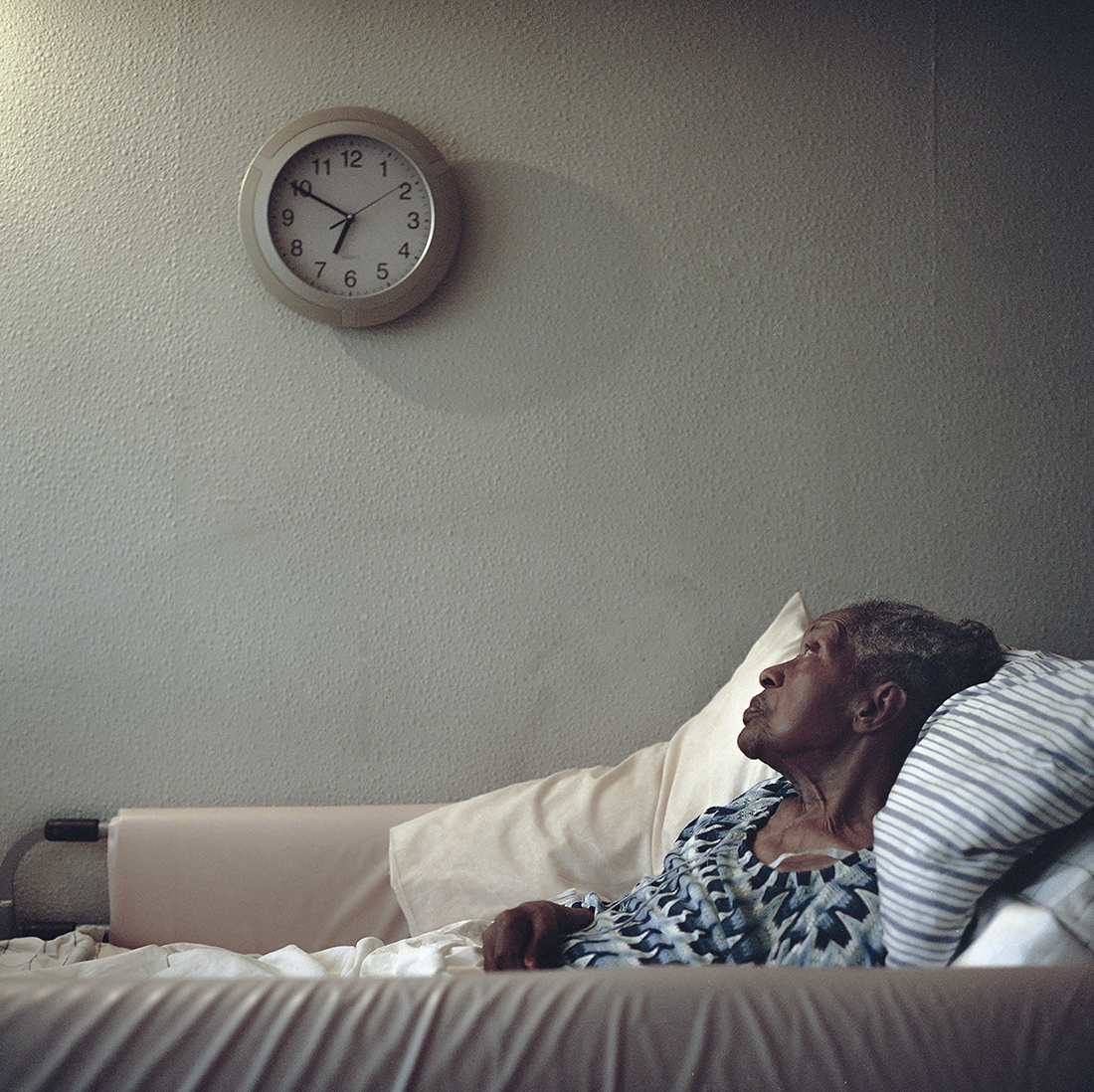 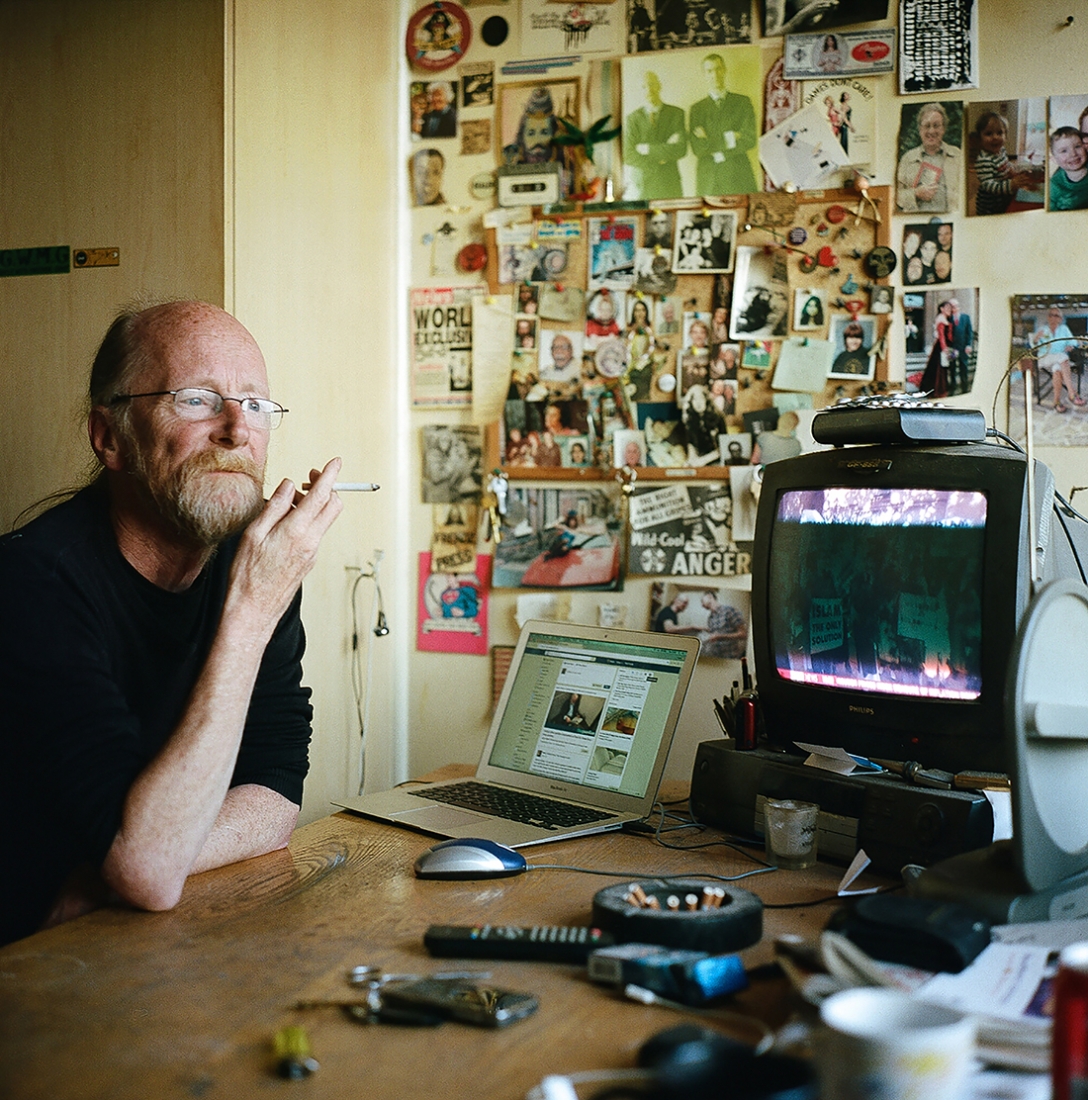 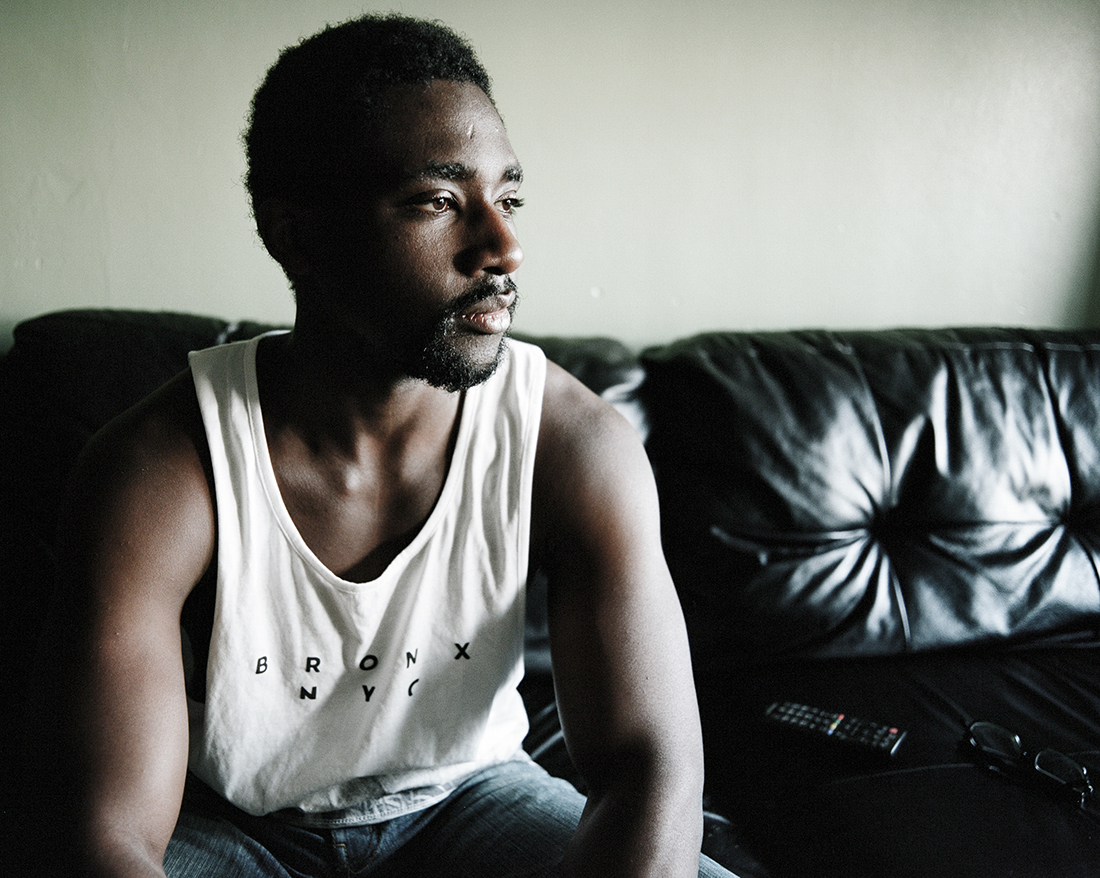 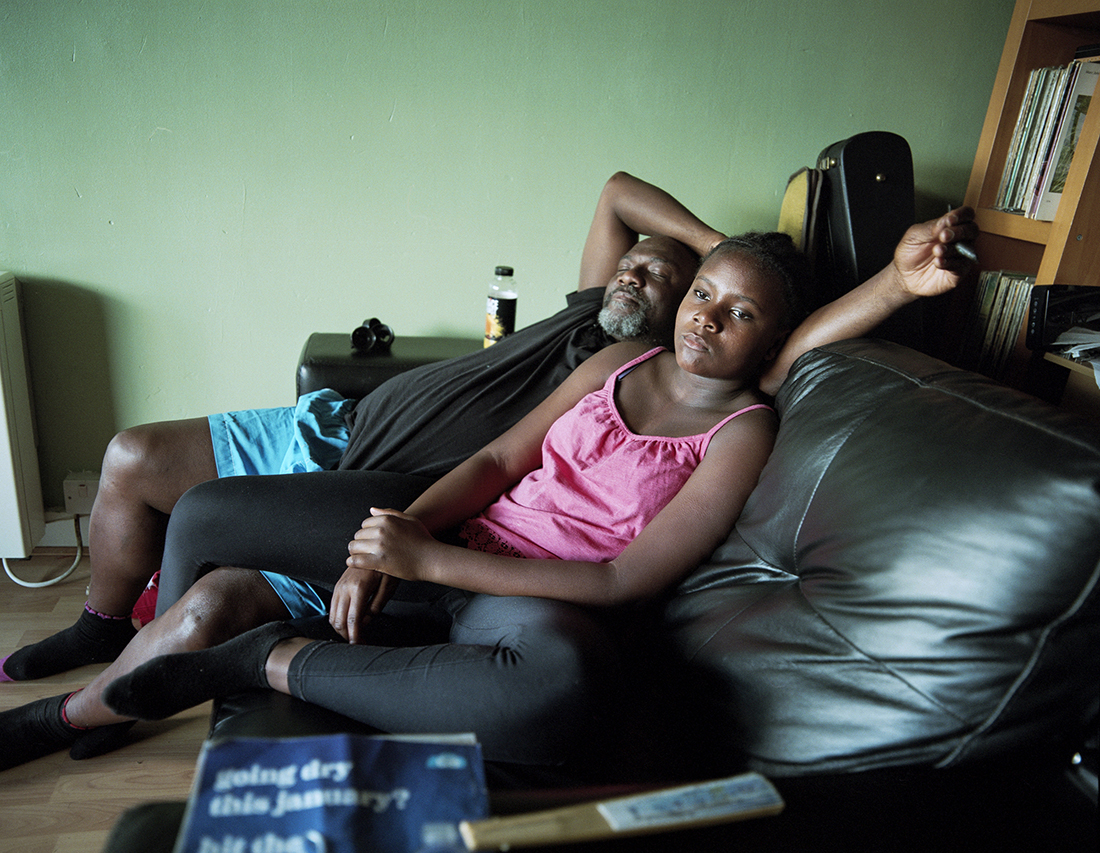 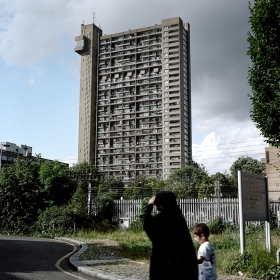 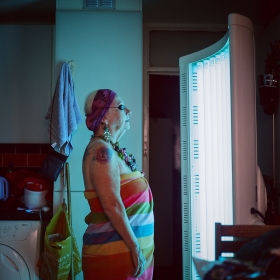 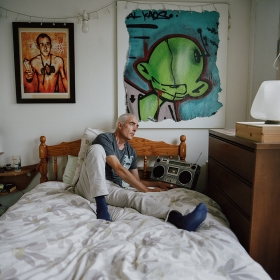 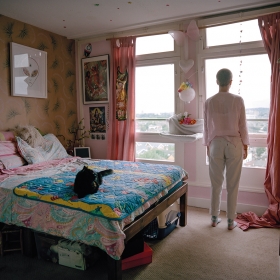 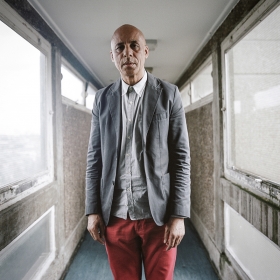 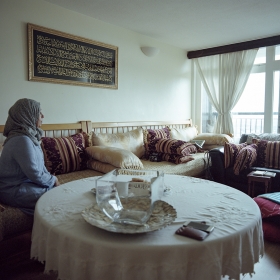 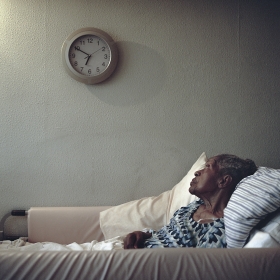 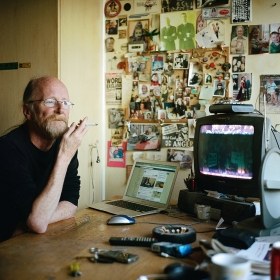 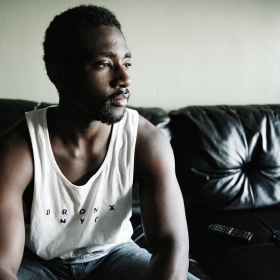 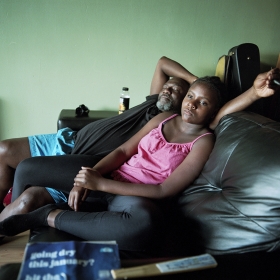 Nicola Muirhead
In Brutal Presence
Share
Support this photographer - share this work on Facebook.
The tragedy at Grenfell Tower has awakened the London community to the issues surrounding social housing in the most violent way, and in a broader context, to the negative impacts of hyper-gentrification on social inequality in London. The fire of June 14th that consumed almost 80% of the tower block, should have been a self-contained incident within the concrete walls of that 1970s brutalist structure. Instead, the flames turned into a fireball, helped by the newly fitted cladding placed on the structure to “beautify” the building’s appearance for the luxury apartments near by. There is no doubt there would have been a different outcome had the council and their contractors valued the human life within these tower blocks over the profit of regeneration.

In Brutal Presence is an on-going documentary project that began a year ago, photographing the residents of a neighbouring housing-estate in North Kensington called Trellick Tower. Using interviews and portraiture to narrate the story, this documentary project shares the perspectives and insights of its council flat tenants, as they reflect on living in the richest borough of London; it is a chance for us as outsiders to be invited in to hear their stories.

Trellick Tower, a 322-foot shield of high-rise council flats, sits at the end of Golborne Road in Notting Hill. It was completed in 1972 by Hungarian architect Ernő Goldfinger, a few years before Grenfell, during a time when the popularity of high-rise estates had decreased and negative stereotypes surrounding them had escalated. Trellick was often referred to as the “Tower of Terror” in the 70’s and 80’s by the media, but in reality the deterioration of the high-rise estate was due to the neglect of the council to implement security guards and adequate maintenance.

However, Trellick Tower managed to avoid the fate of demolition that so many other brutalist high-rises incurred in London’s race to “revitalise” the inner-city, after becoming a Grade II listed building in the 1990s for its’ unique brutalist architecture. This protected the estate from private developers and preserved the high-rise under the guidelines of the English Heritage organisation, safeguarding the tower and its council tenants from regeneration projects that would demolish the building and/or decant its’ council tenants. Through a series of fortunate trends in pop culture, Trellick was then absorbed into the affluent fabric of Notting Hill and Ladbroke Grove, counted as one of London’s iconic buildings - and yet - still remains 80% council flat tenants. This tower block has inadvertently become an evolving symbol as a last stance against the waves of the negative aspects of gentrification that can carelessly occur when these estates sit in desirable property markets. In a time when social housing stock is under threat of extinction, and the brink of a new housing crisis begins to unfurl, there is a fragile bubble of optimism surrounding this unique building and the community inside.

In Brutal Presence will continue to investigate the realities surrounding social housing in London and the impacts of gentrification and “revitalisation” to these communities, starting with the borough of Kensington and Chelsea -Trellick’s story is part one. It is meant to remind us of the life inside these estates, and asks us to take a critical look at why they are under threat in this current social and economic climate in London. These interviews and portraits are a meditation on the resilience of council flat residents in London and proof that estates are living, breathing, communities that can fit within the gentrified fabric of the city if they are properly looked after and valued, as they were intended to be.

About author:
I am a British-Bermudian documentary photographer and visual storyteller, with a BA in International Studies and a Minor in Conflict Resolution from Warren Wilson College, Asheville, North Carolina. Before completing my Masters in Documentary Photography and Photojournalism at the London College of Communication in 2017, I worked as a photojournalist for my local newspaper in Bermuda. My projects have focused on rural and urban communities, as well as personal/cultural identities, and how these identities and communities are impacted and shaped by political, environmental and economic factors. My projects are generally long-term studies that are collaborative in nature with the subject, establishing a relationship with the people and place over an extended period of time. Works in progress also include exploring the relationship between image/text, constructing creative narratives in which a place or community can be interpreted through the local literature, folklore and poetry.
My goal is to continue exploring the field of documentary photography and to approach each assignment in an in-depth and thought provoking way. The aim of my work is to present the many layers of a story by constructing a narrative that is both critical and creative, allowing the viewer (and in turn the photographer) to unpack norms and stereotypes of representation, as well as tackle the complexities of our world.