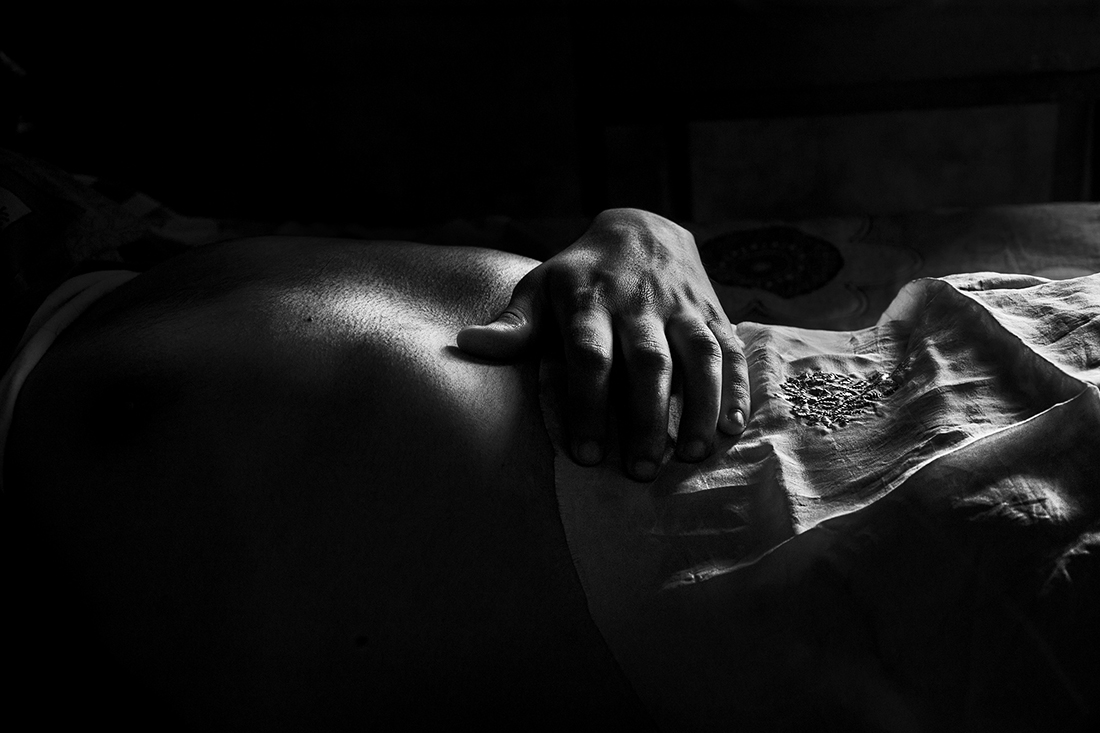 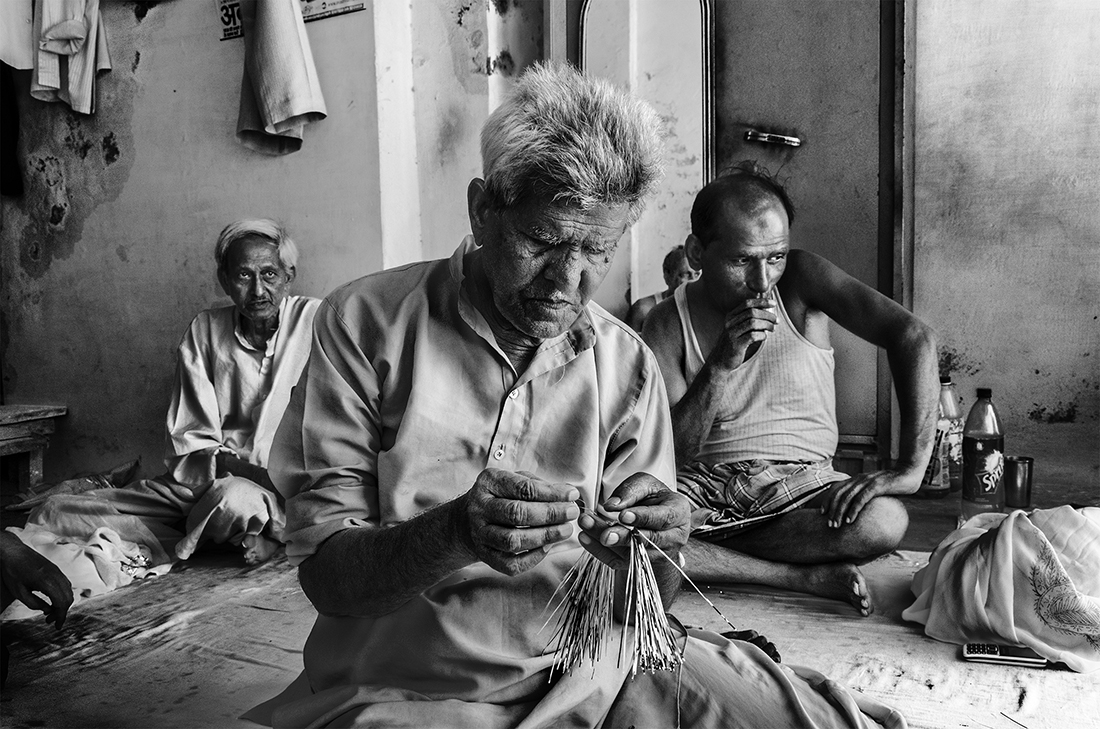 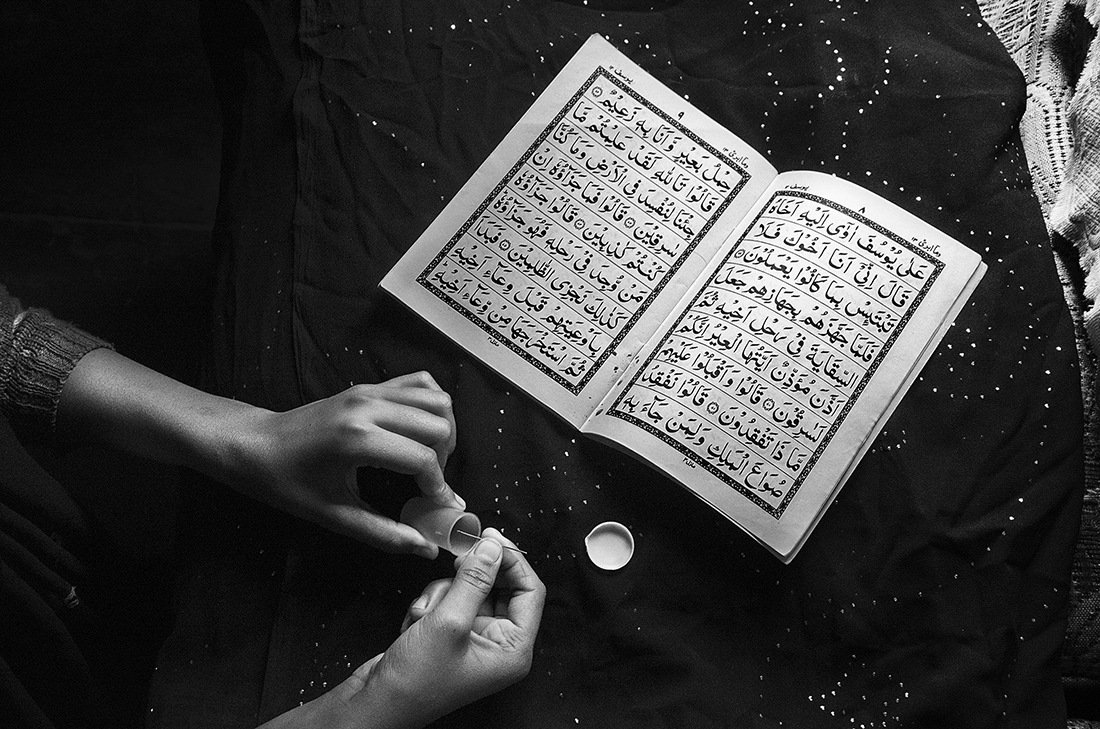 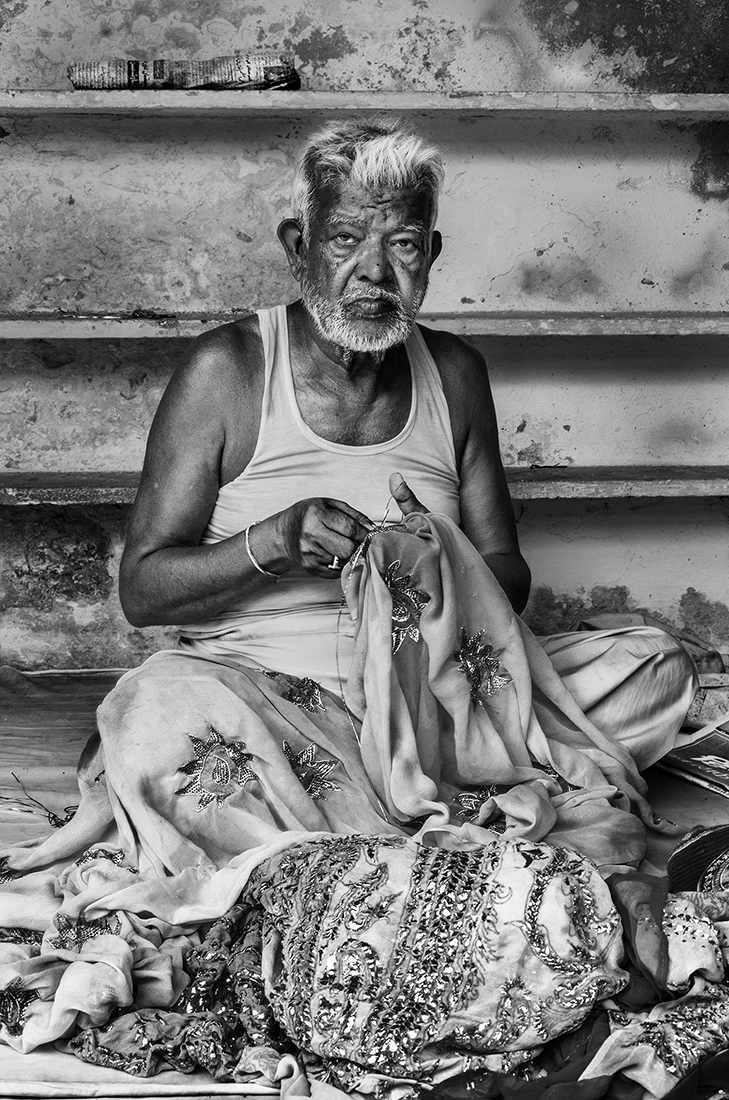 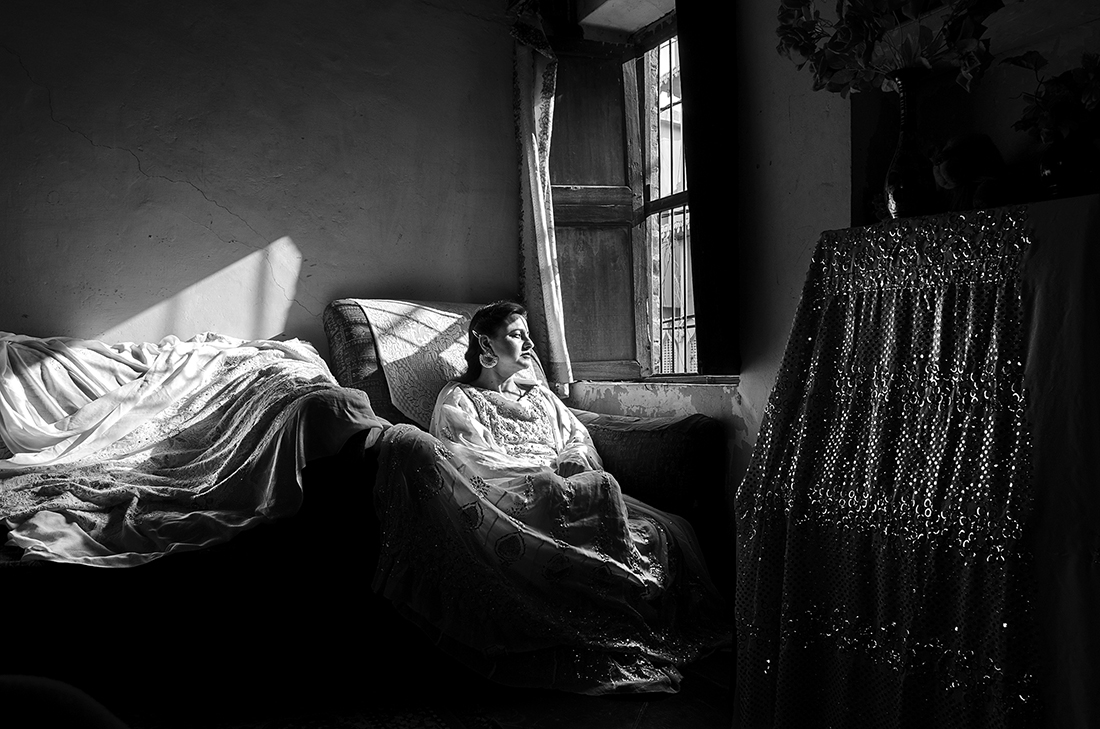 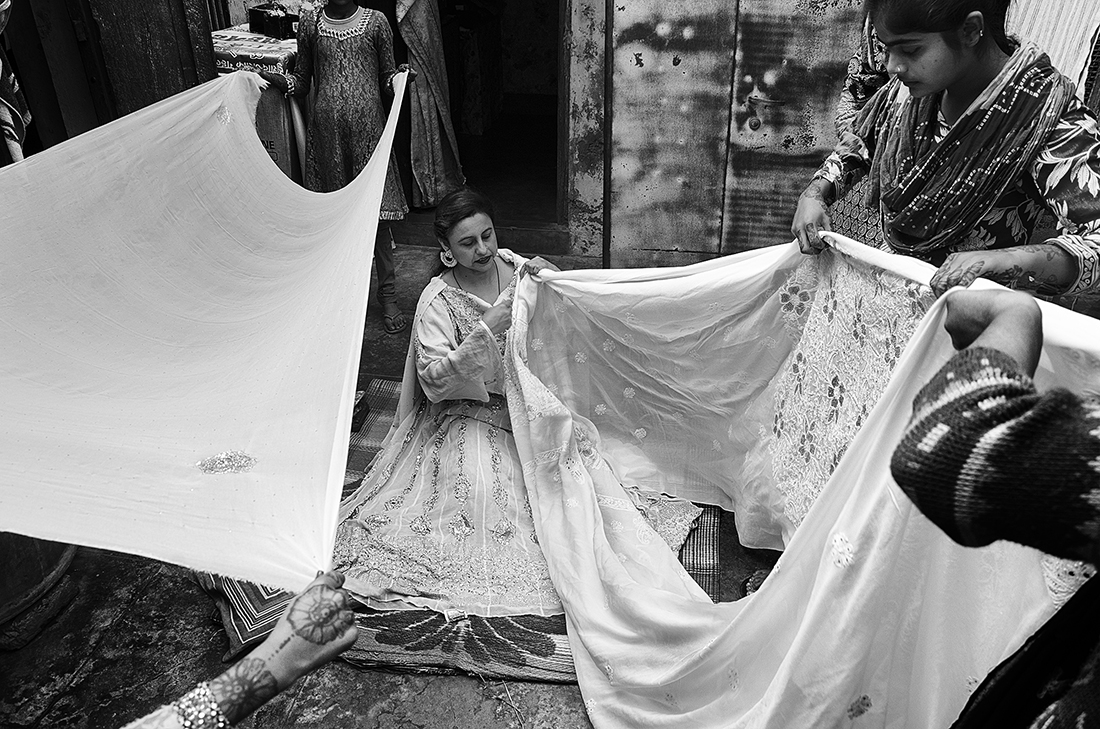 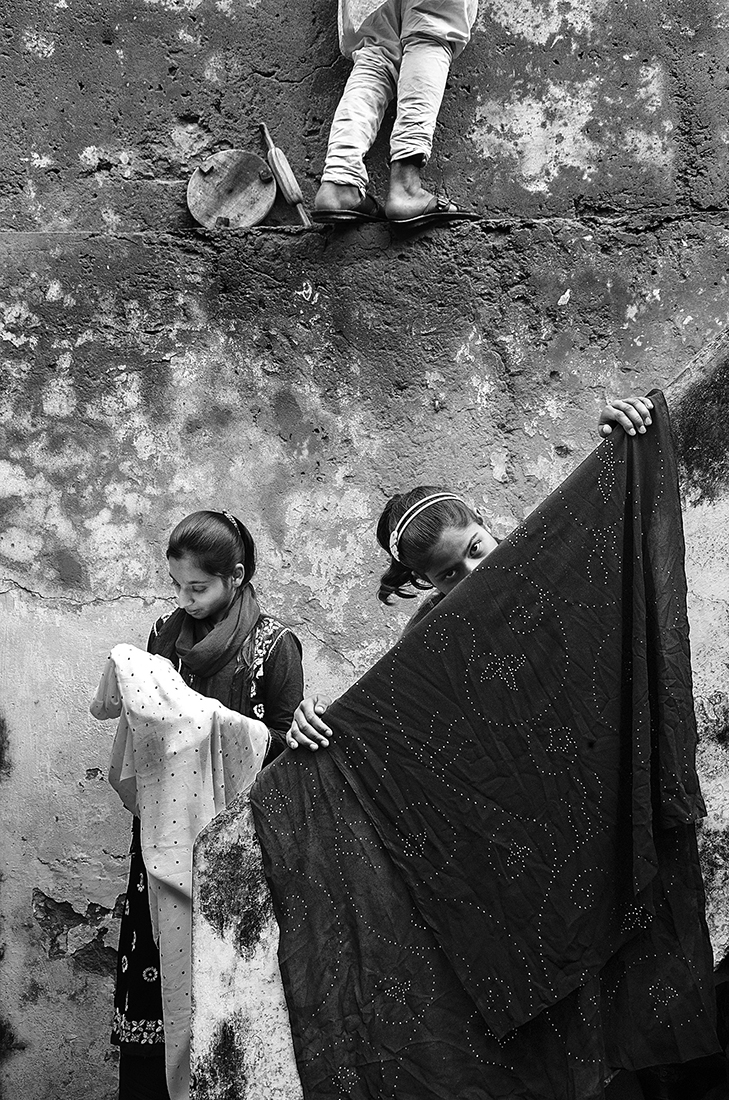 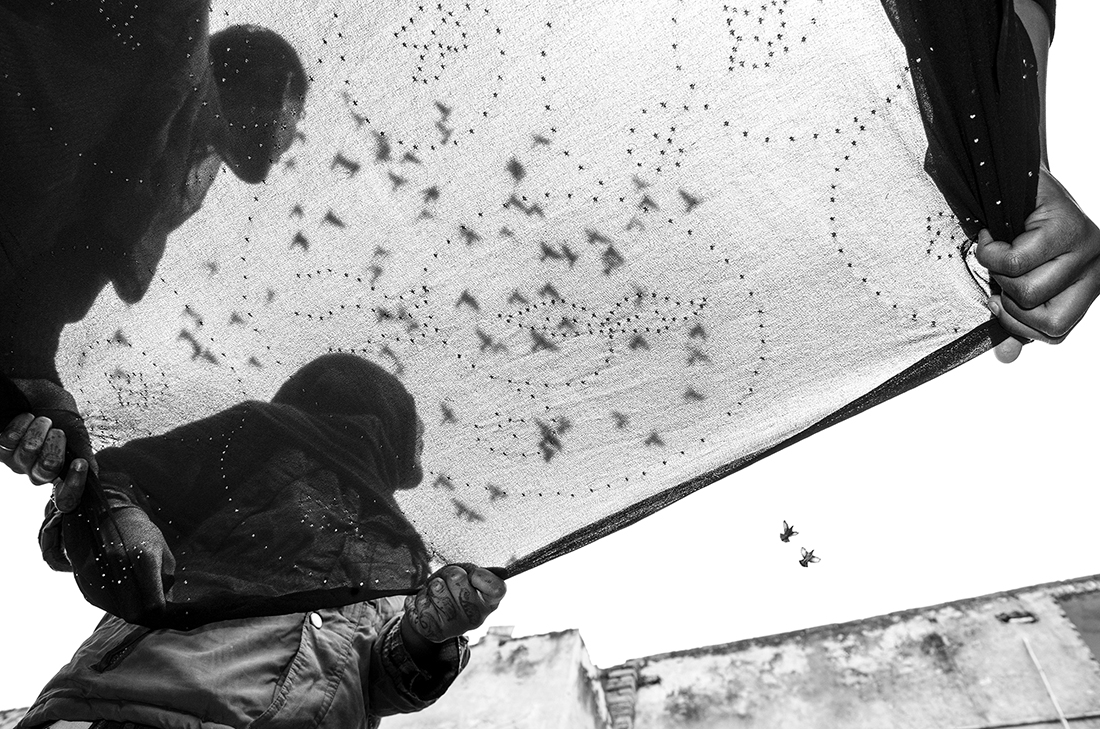 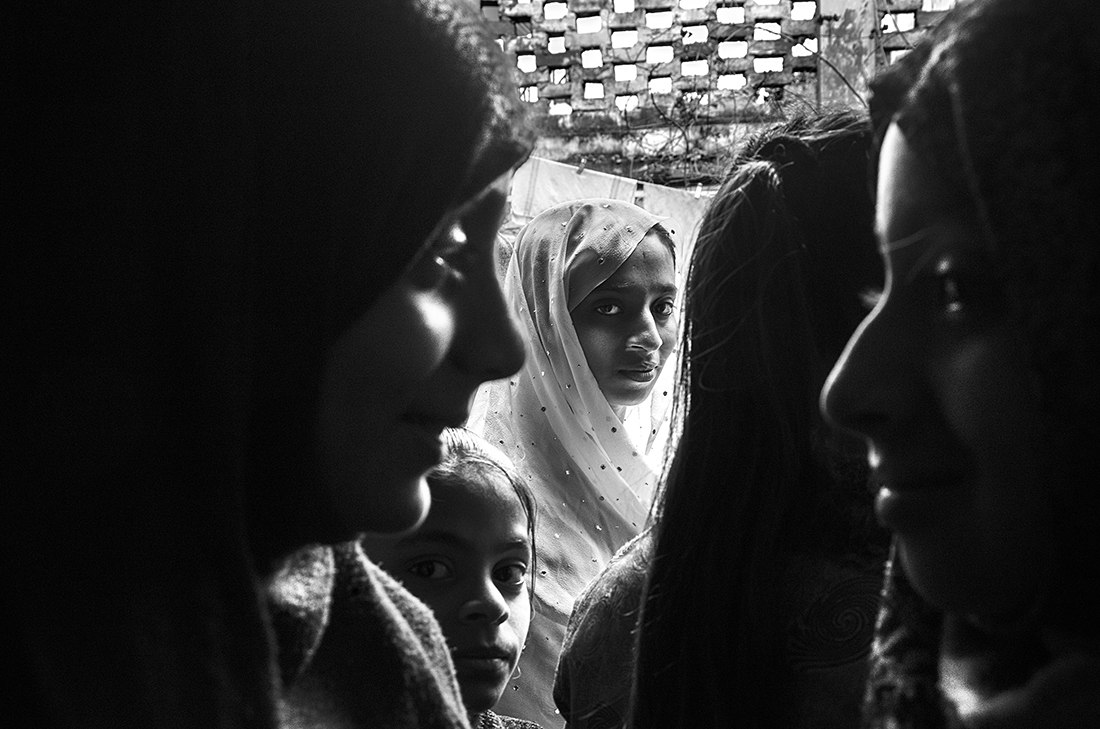 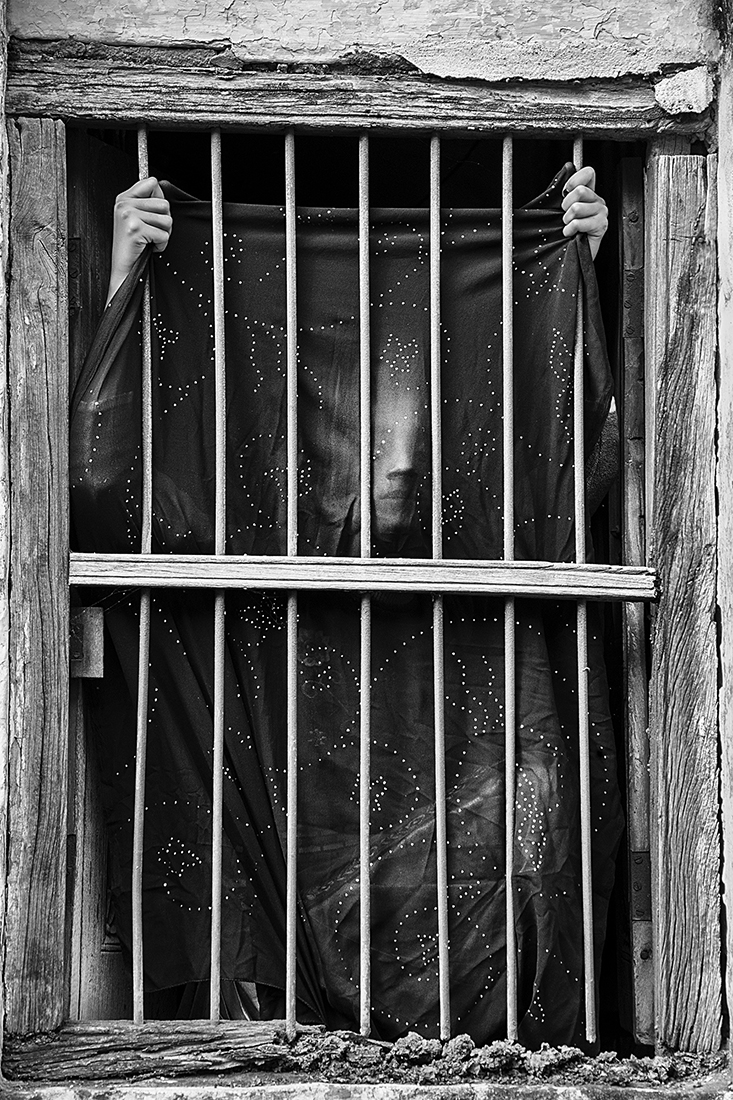 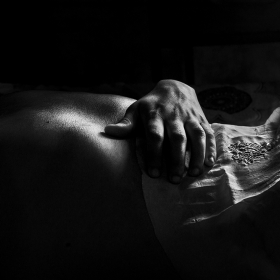 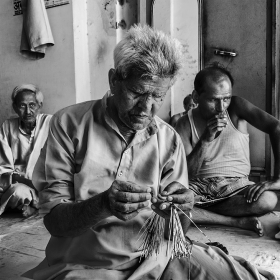 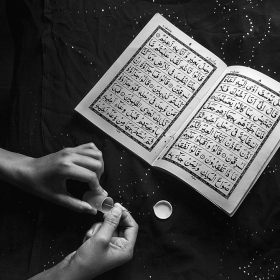 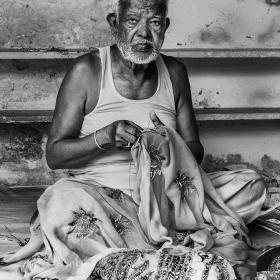 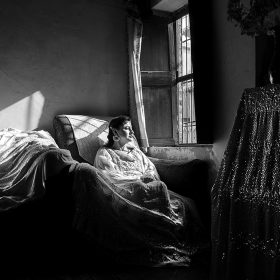 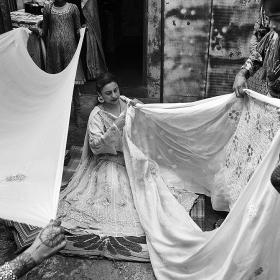 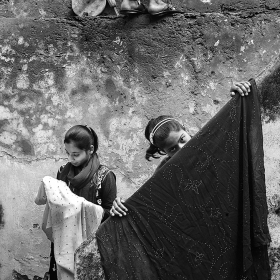 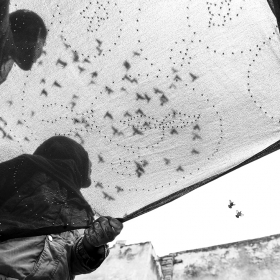 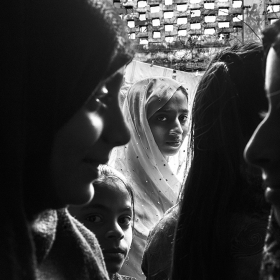 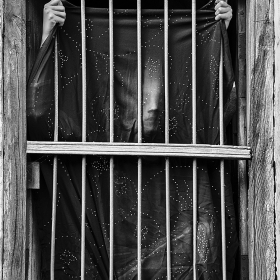 Taha Ahmad
Swan Song of the Badlas
Share
Support this photographer - share this work on Facebook.
Mukaish Badla is a form of embroidery, which at its peak flourished in the Indian city of Lucknow. At its peak, in the 18th century, the art form travelled to different parts of the world, but is now restricted to a few narrow lanes of the old city of Lucknow.
The art was basically introduced by the Nawabs, who ruled the city, to beautify another form of embroidery called chickankari — which still persists in the Indian subcontinent.  Mukaish, however, ended up becoming an independent style and flourished across the city in the past. This form of embroidery was first developed for the ruling class that resided in the city as part of their finery since Mukaish work initially used precious metals like gold and silver to make metallic wires.

The artisans who perform this art were at the time referred to as Badlas. They perform this craft by inserting metallic wires of gold and silver into the fabric eventually twisting it to create magnificent metallic embroidery on the fabric.

The story I am trying to tell through my photographs is the story of these artisans — their downfall, struggle, and survival.
The artisans, who devote their lives to the art form make a bare minimum of $2-3 per day, for concentrating and working in extremely harsh conditions for 10 hours everyday.
The city once had more than 3,000 badlas, but now the number has come down to just 20-25, all of them aged above 65.
Badlas complain about the practiced apathy of the government, which leads to further exploitation by their masters, who own the means of production and their lives, says 75-year-old Sabir Hussain, who has been working as a badla for nearly 65  years. The warehouses they work in are dingy, suffocating, tiny rooms.

Now only polished wires of gold and silver are used to perform this art which has played a  major role in the downfall of this art. The art and the artisans might soon die a painful death amidst the frenzy driven by ‘development’ and ‘modernization’.

“Lucknow’s culture has always compelled me to dig into the roots of its rich civilization, which has always been a centre for arts and literature in the diverse landscape of India. The Gomti River, which flows through the city, always reminded me of the royal splendor of Lucknow. As I grew close to the city, I was introduced to the city's art and craft which became an important moiety of my breath explaining why the city was highly praised for the textile culture. These art and crafts used to blossom and are still a part of each and every family in Lucknow.” says Taha Ahmad

These artisans are the real treasure of Indian art and craft as their work is unparalleled and authentic. The artistes’ plight is something I am trying to bring out through my photographs. Their population is dwindling and soon in not more than 20-25 years, will become a part of history which can only be recalled in a poignant daydream or a visual imagery.

My work ‘Swan Song of the Badlas’ revolves around the life of these Badlas and their families, who are struggling to keep the art alive.

About author:
Taha Ahmad is a visual artist based in India. He was born in Lucknow, in 1994. He is represented as a part of VII Photo Agency’s mentorship program. His works are a visual representation of the shift in the pluralistic landscape of India, the traumatic past and the culture which is threatened by religious conflicts, social injustice, politics and the times we live in.

Taha Ahmad has been one of the winner of the SDN Call for entries ‘Documentary in the Era of Post-Truth’ for his project ‘A Displaced Hope’ and has been invited for an Artist-in-Residence Program funded by Arts and Humanities Research Council grant (UK) called Creative Interruptions, Preet Nagar Trust, The University of British Columbia (Canada), The University of Strathclyde (UK) and CRCI (Delhi) to develop/produce a body of work on the biggest displacement ever happened in the history of mankind ‘Partition of India and Pakistan’. He has been selected for the PAIR Artist-in-Residency Program 2019 by Pier-2 Art Centre, Kaohsiung, Taiwan and has been awarded the full time scholarship for the Magnum Photos workshop and master class by photographer Stuart Franklin organized by the Indian Photo Festival, Hyderabad, India. Taha has also worked with American-Indian film director Mira Nair and Indian film director Vidhu Vinod Chopra. He has recently collaborated with director/producer/production designer Aradhana Seth for her project ‘Merchant of Images’ showcased at Serendipity Arts Festival, Goa. In his free time, Taha works as a freelance Creative Director with ‘Ilham’ Artists and Writers Residency Program, Fort Mahmudabad, UP, India.

Taha has a bachelor (gold medalist) and a master degree in fine arts.