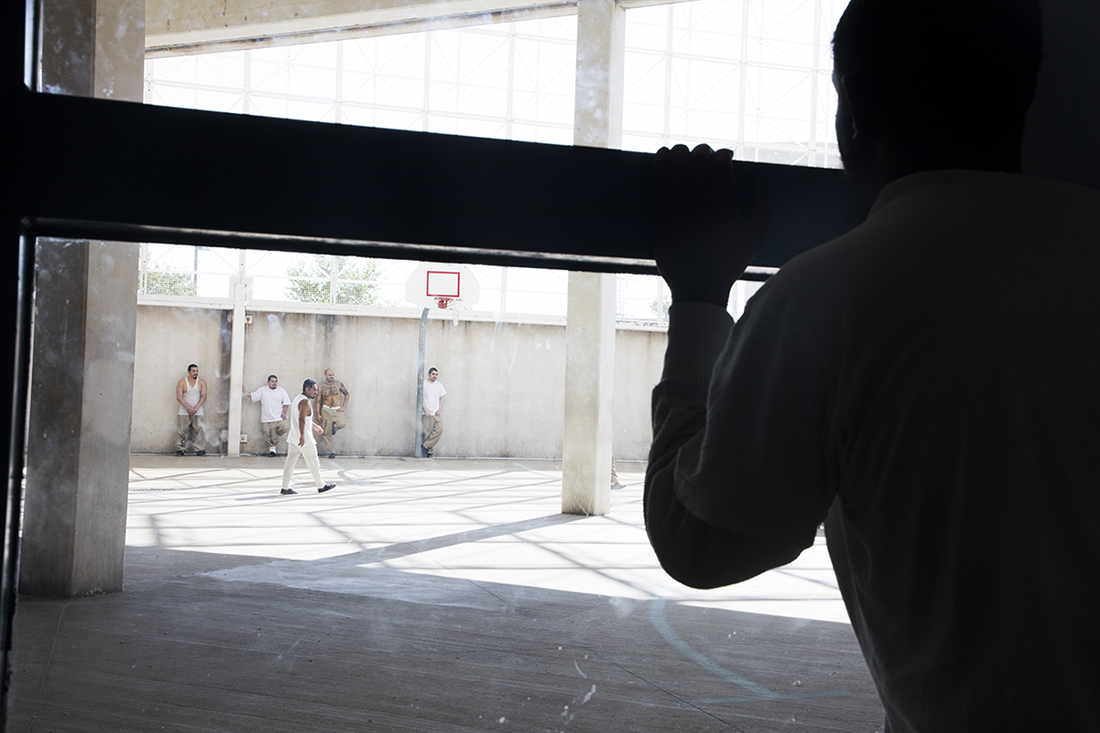 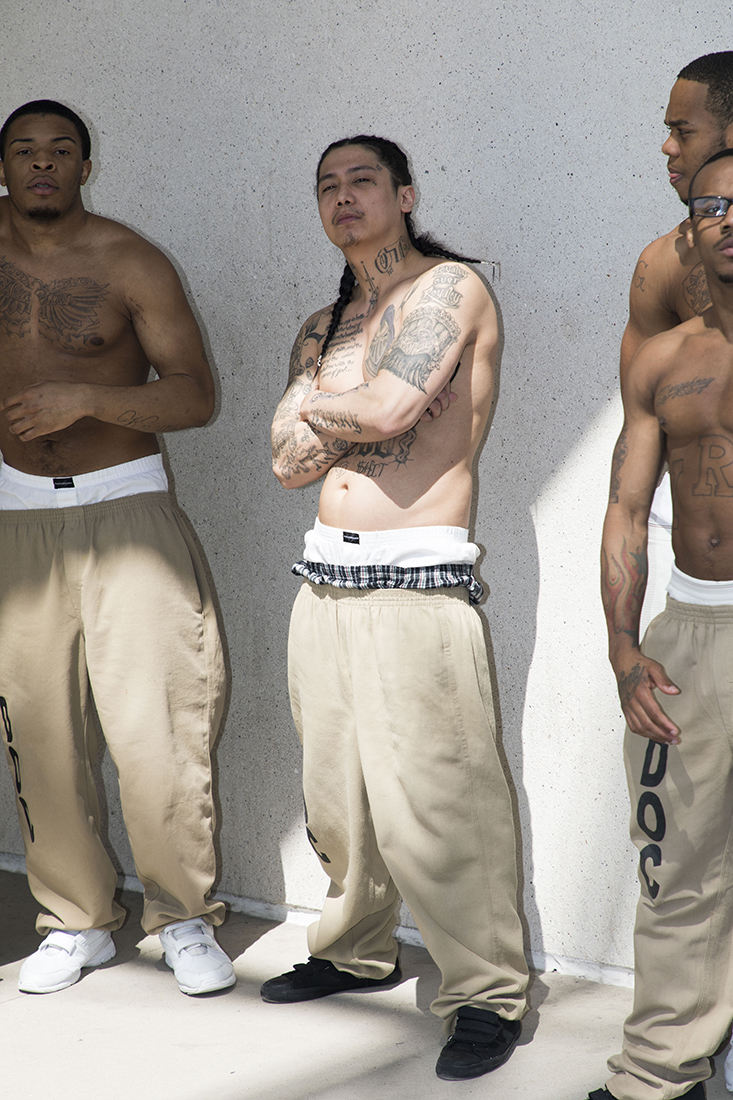 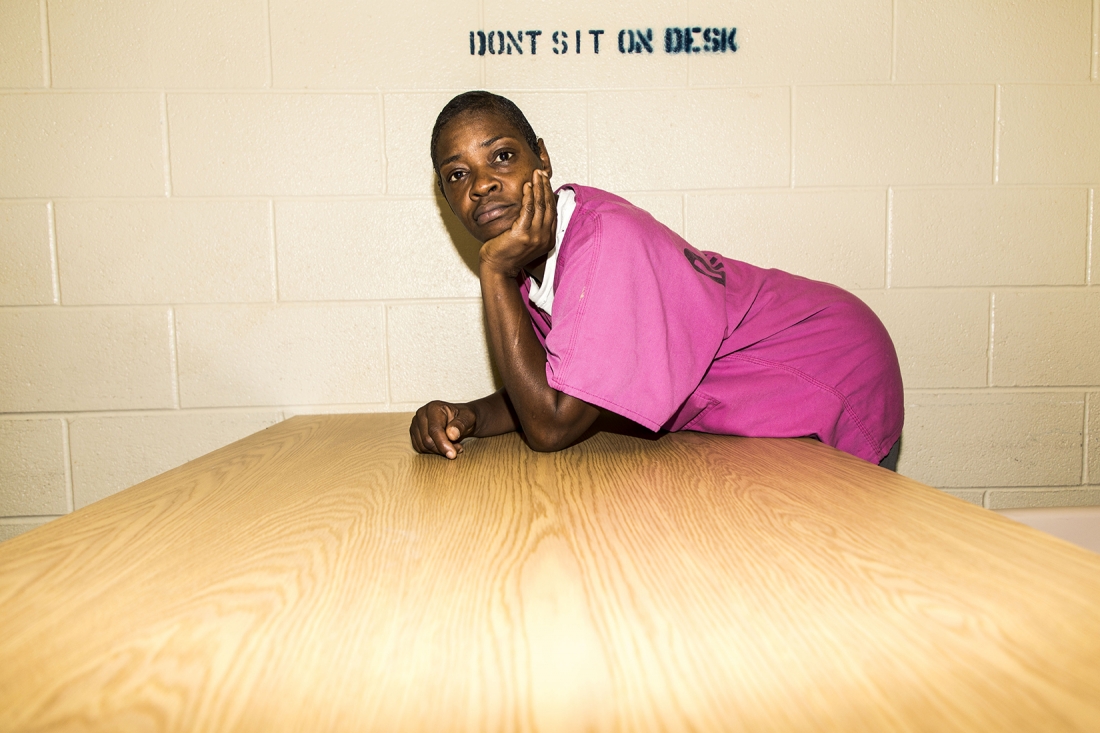 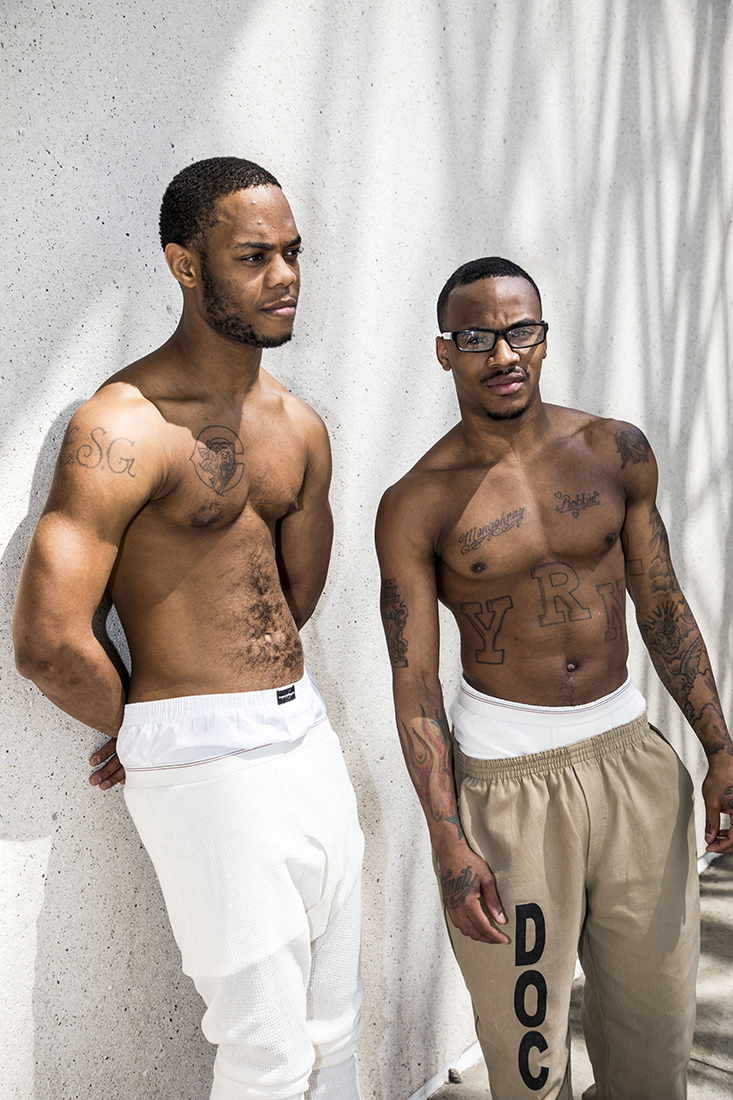 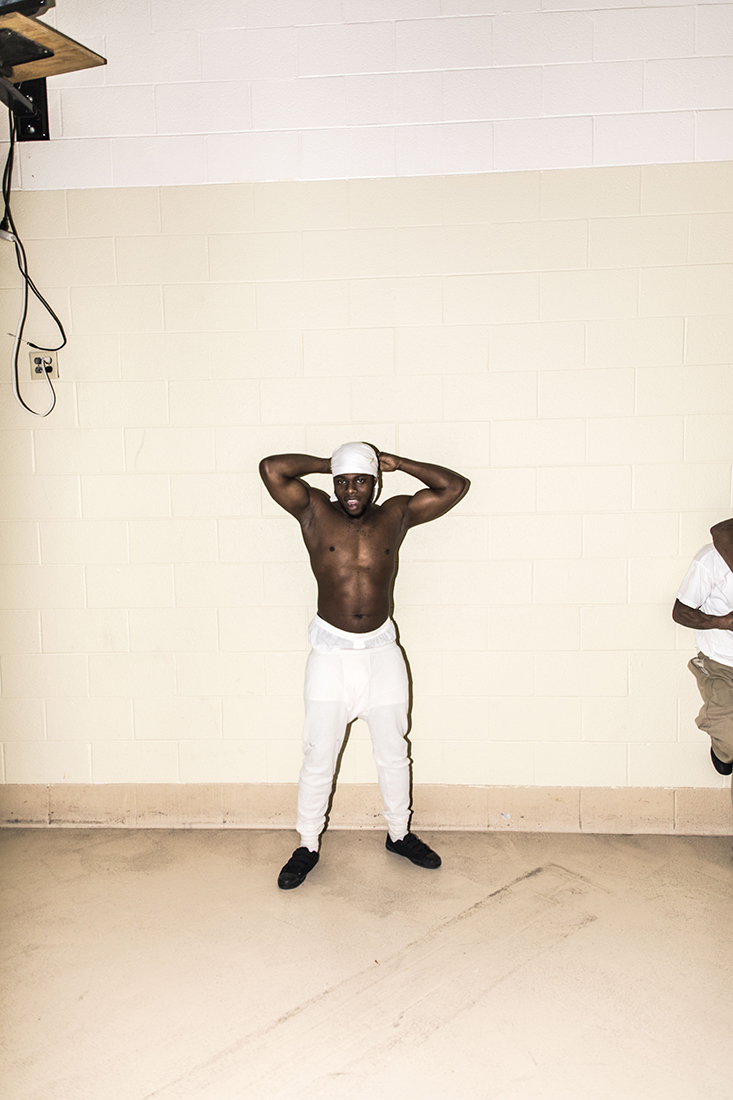 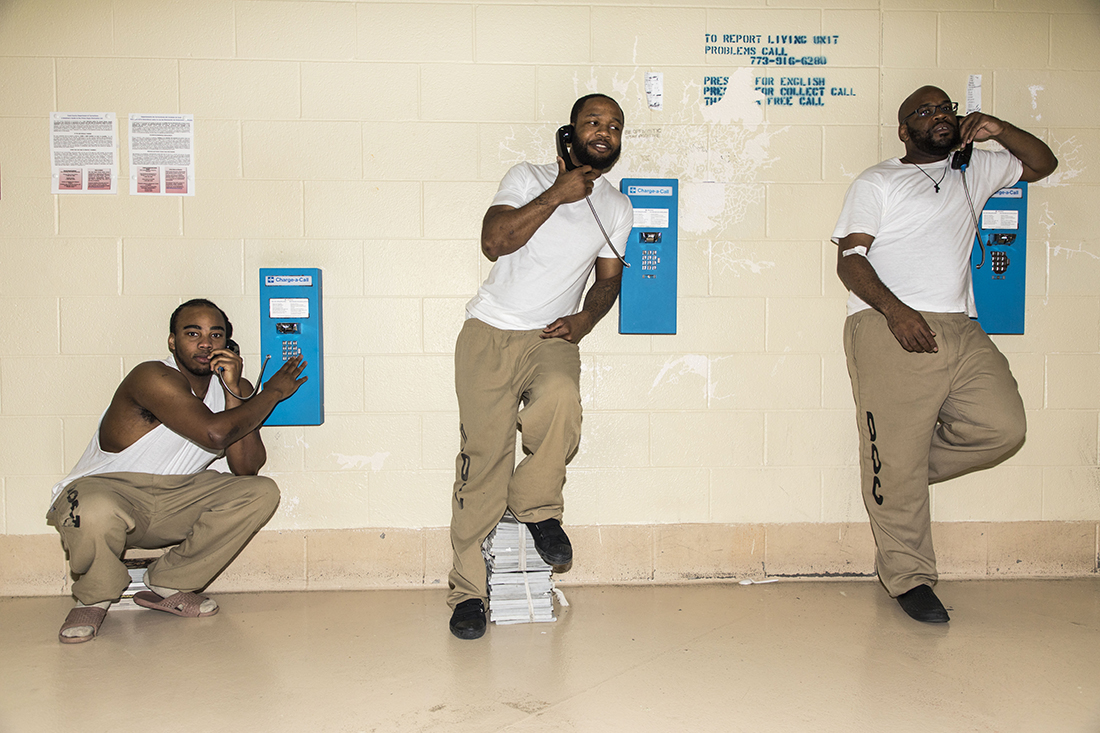 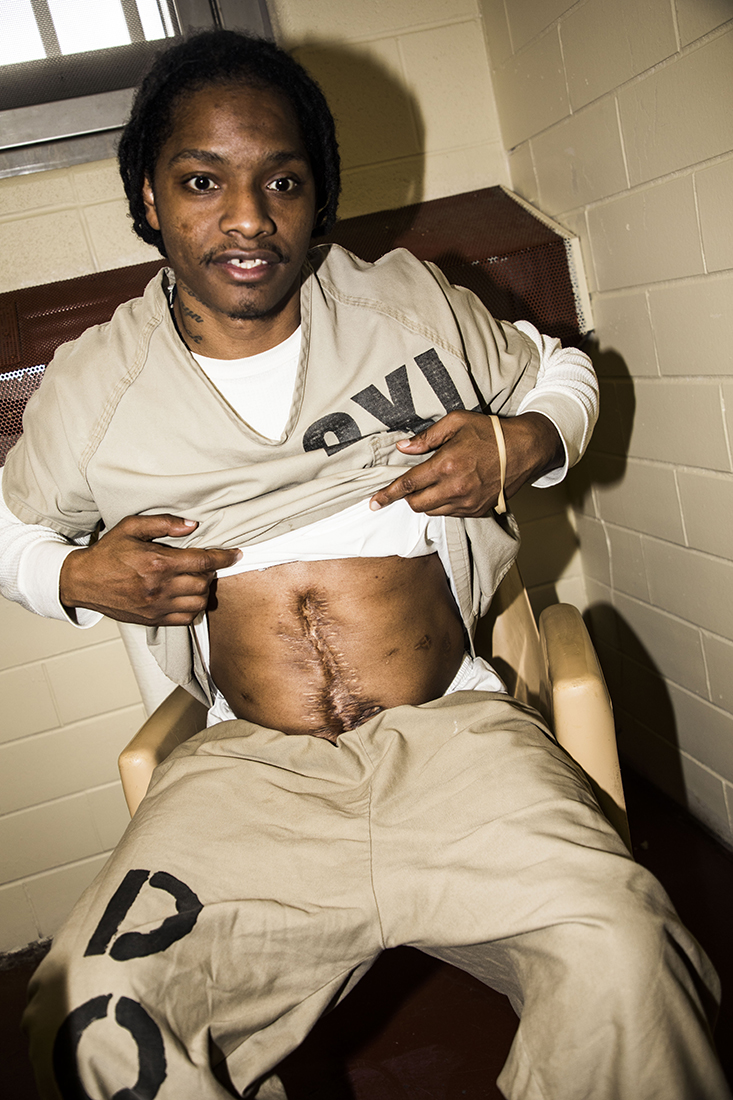 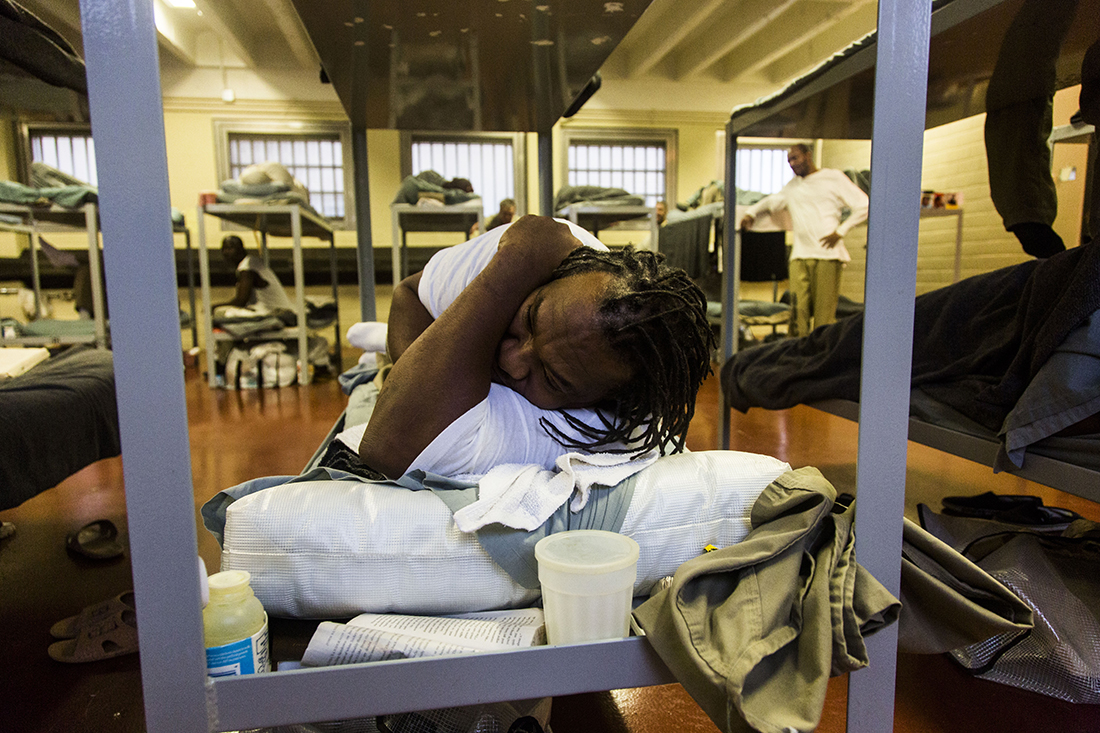 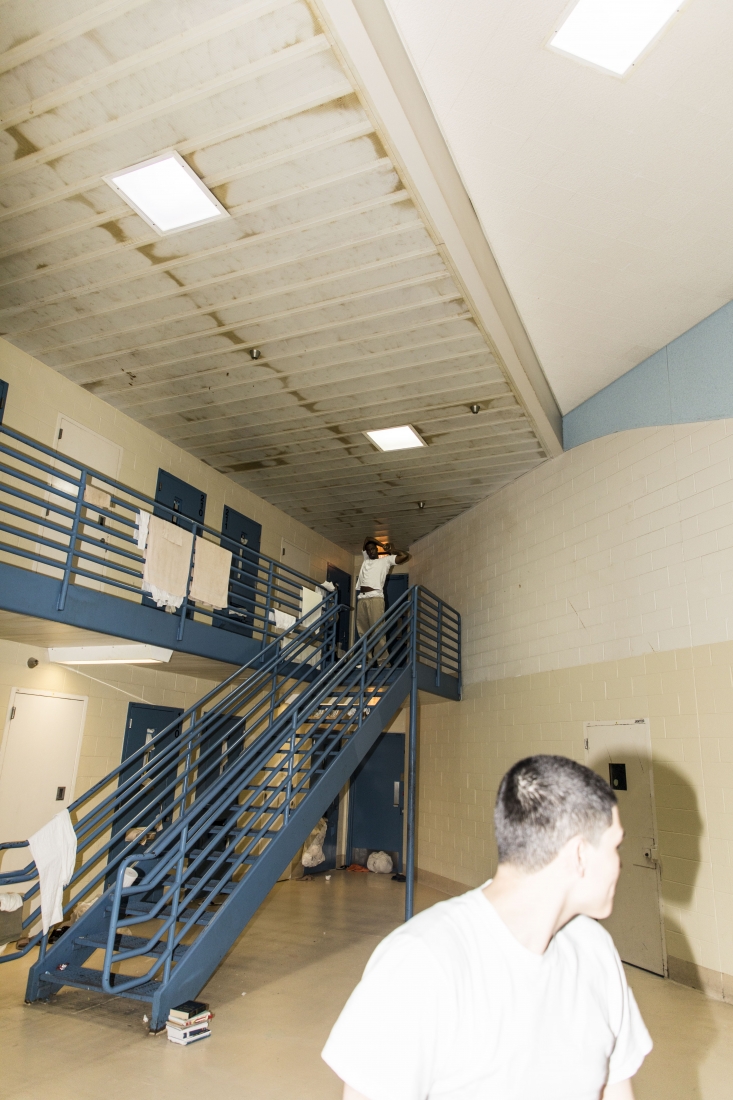 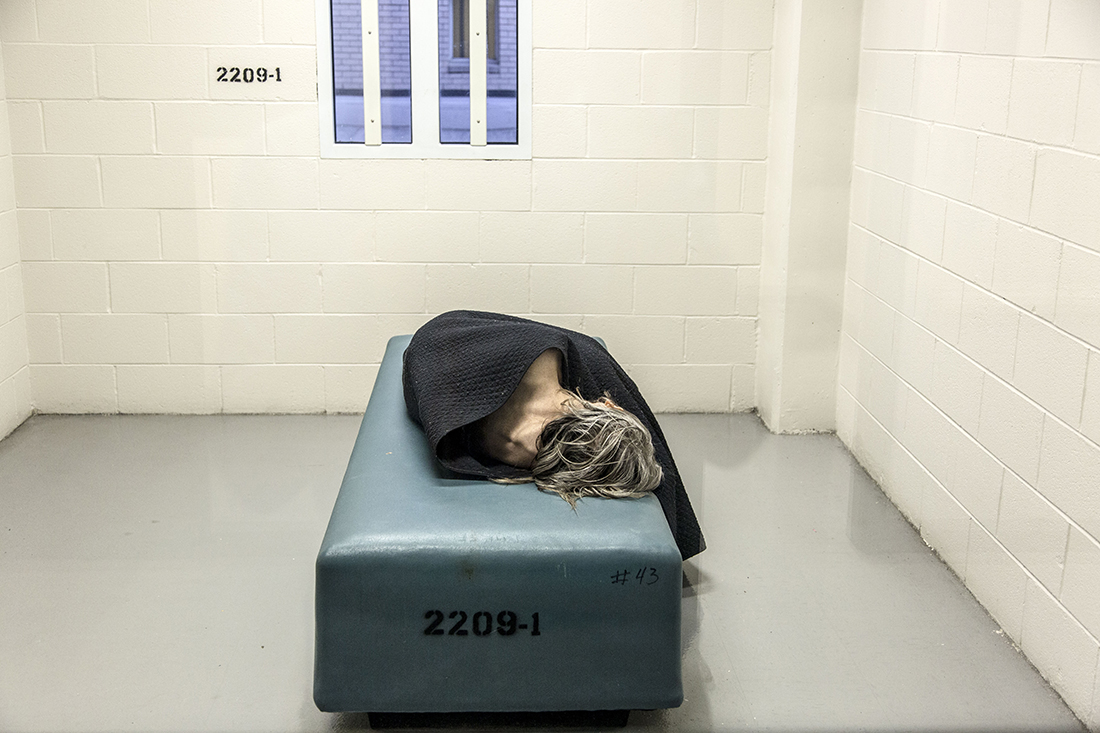 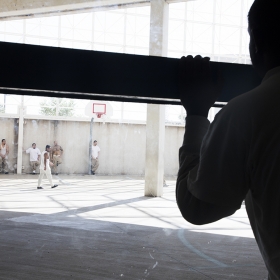 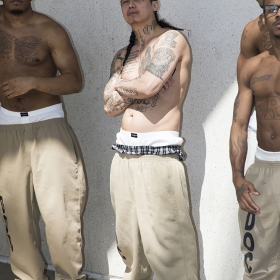 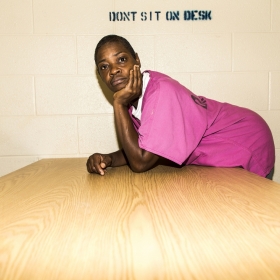 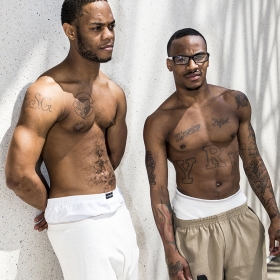 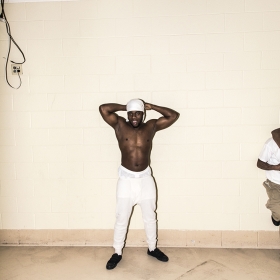 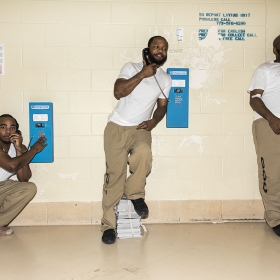 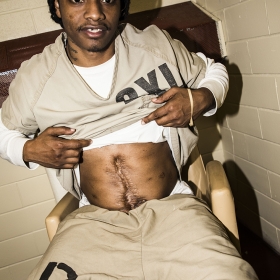 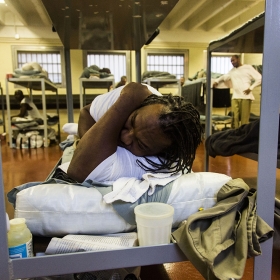 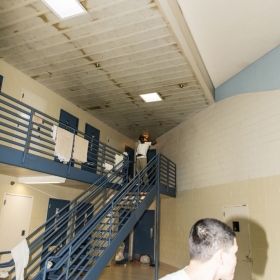 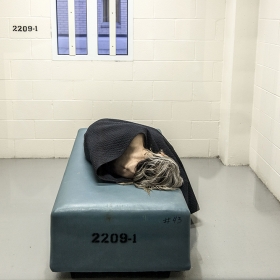 Lili Holzer-Glier
What Life Is Like Inside the Massive Jail That Doubles as Chicago's Largest Mental Health Facility
Share
Support this photographer - share this work on Facebook.
This story documenting the prevalence of mental illness among inmates at Chicago's Cook County Jail was published in partnership with The Human Toll of Jail, a storytelling project from the Vera Institute of Justice and Narratively that was supported by the John D. and Catherine T. MacArthur Foundation's Safety and Justice Challenge. This project is currently being expanded into a book to be published in the fall of 2018 by powerHouse Books.

A man bound hand and foot struggles to sit upright and hollers, "This is inhumane!"

Another pulls his knees to his chin and, wide-eyed, whispers about telekinesis and the CIA. "Someone cut off all my toes," a third man with scars streaking his face says quietly. "I'm so glad I'm finally in the hospital."

But this isn't a hospital.

The Cook County Department of Corrections in Chicago is one of the largest single-site pre-detention facilities in the world, with an average daily population hovering around 9,000 inmates. It is estimated that 35 percent of this population is mentally ill.

About author:
Lili Holzer-Glier graduated from NYU's Tisch School of the Arts in 2010 with a BFA in photography, and received her master's degree in digital media from Columbia University's Graduate School of Journalism in 2012. Clients include Vogue, The New York Times, The New Yorker, The Huffington Post, Narratively, Thirteen, Quartz, The Wilson Quarterly, Vice and The Vera Institute of Justice. Her first book, Rockabye was published in 2015 by Daylight Books. She is one of the winners of American Photography 32 and American Photography 33.