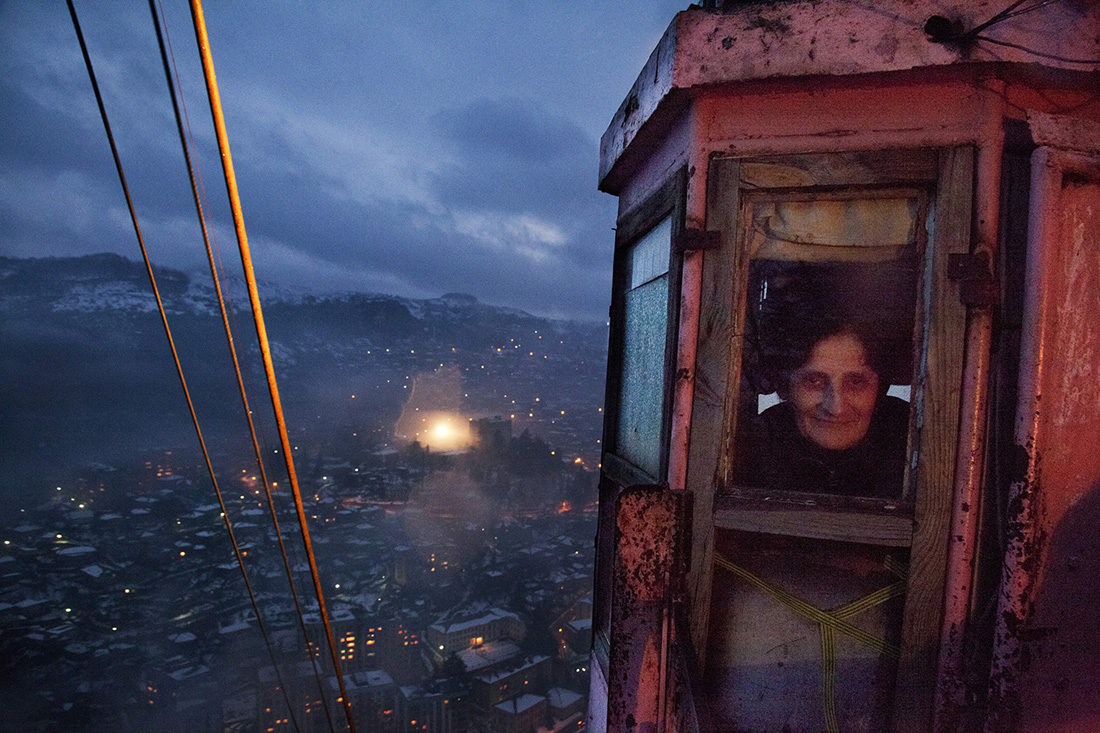 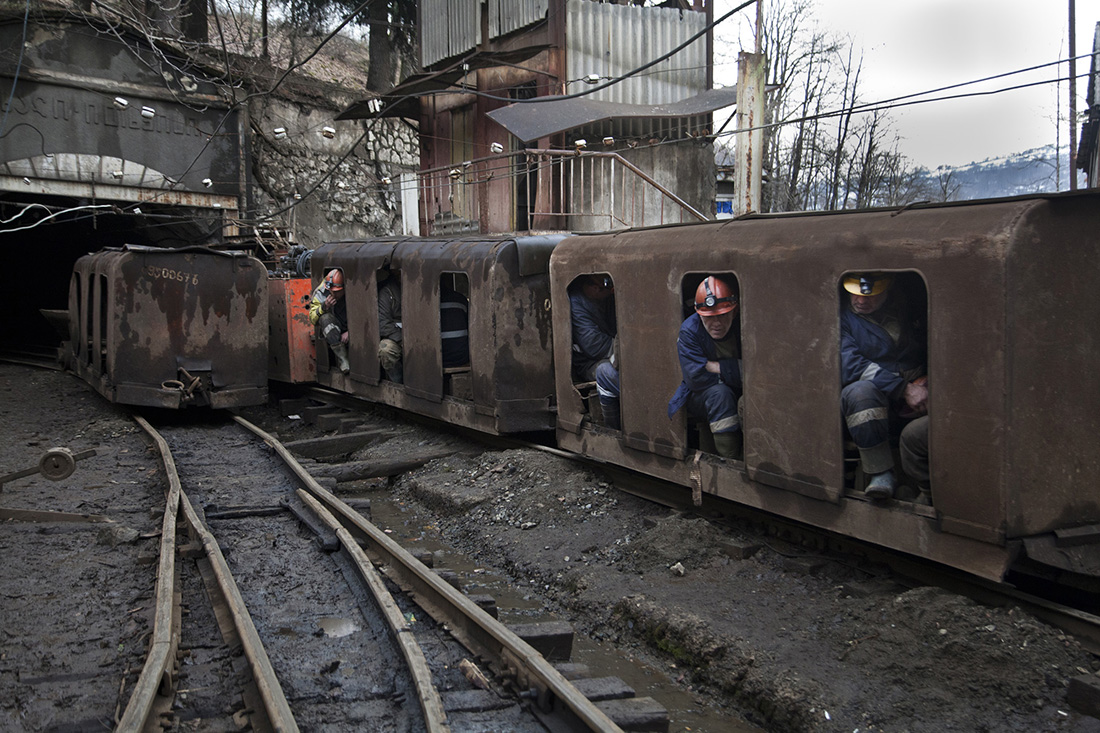 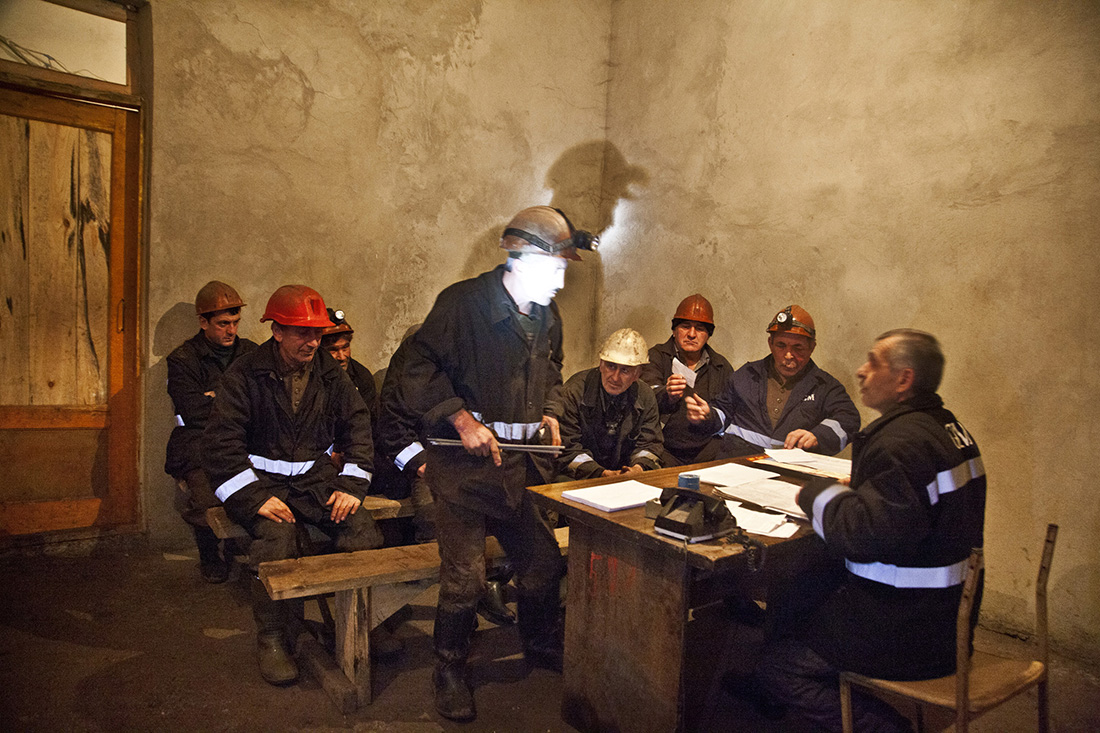 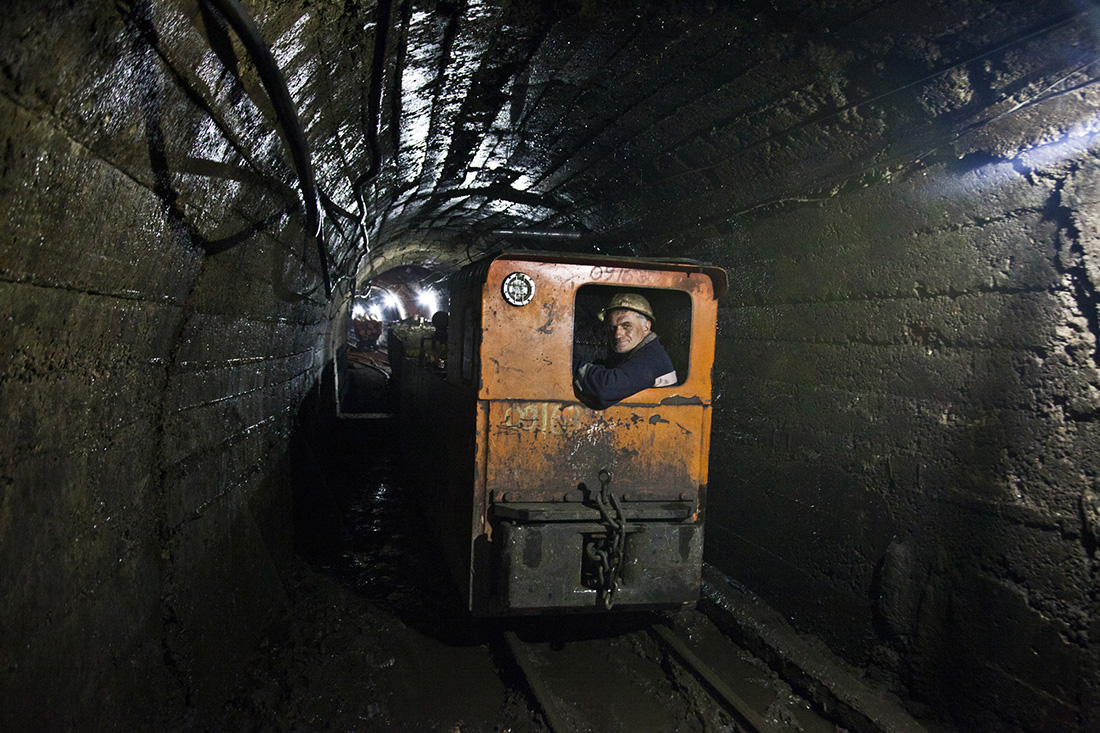 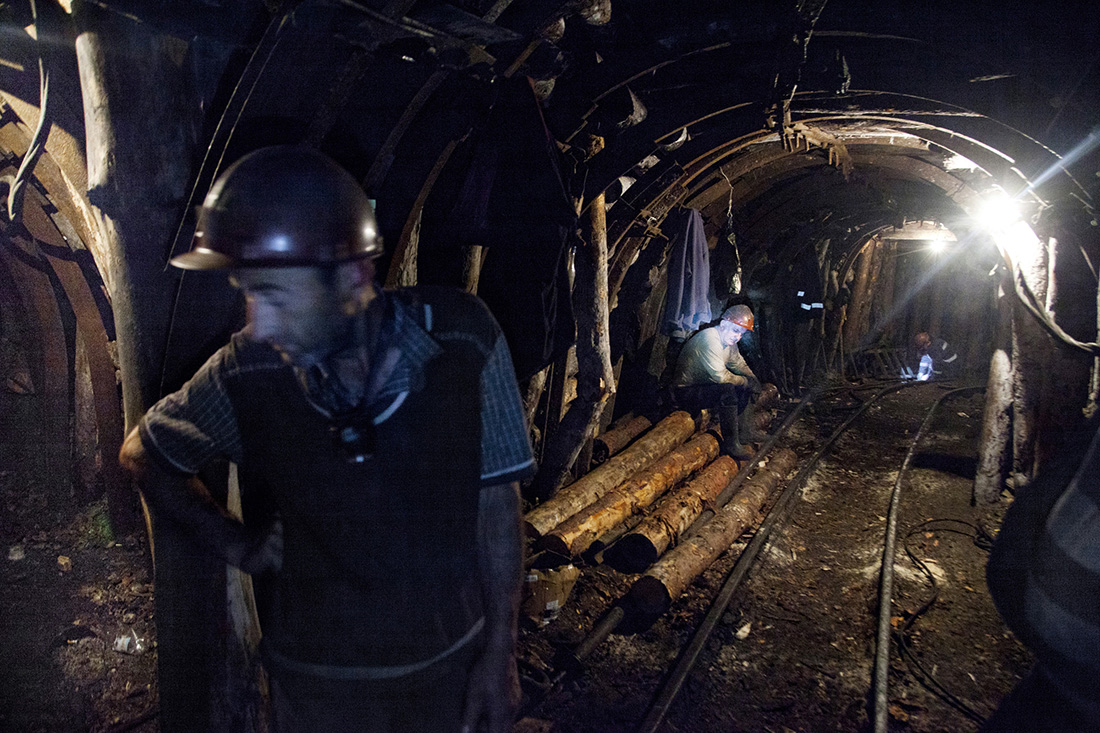 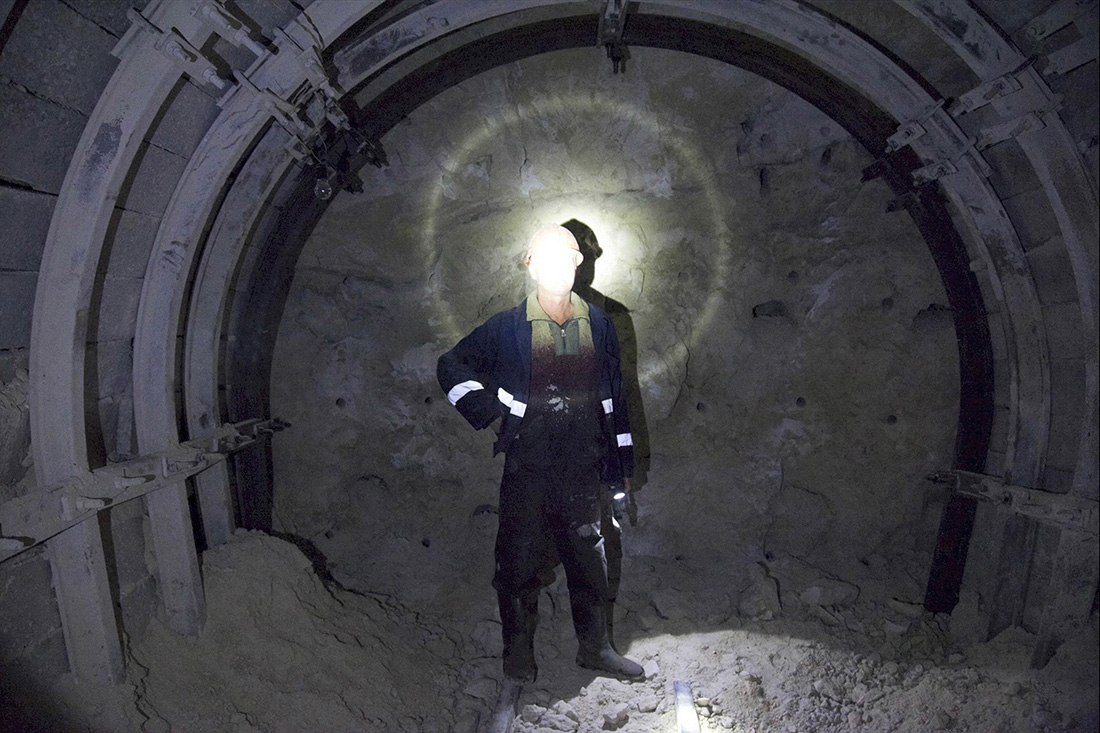 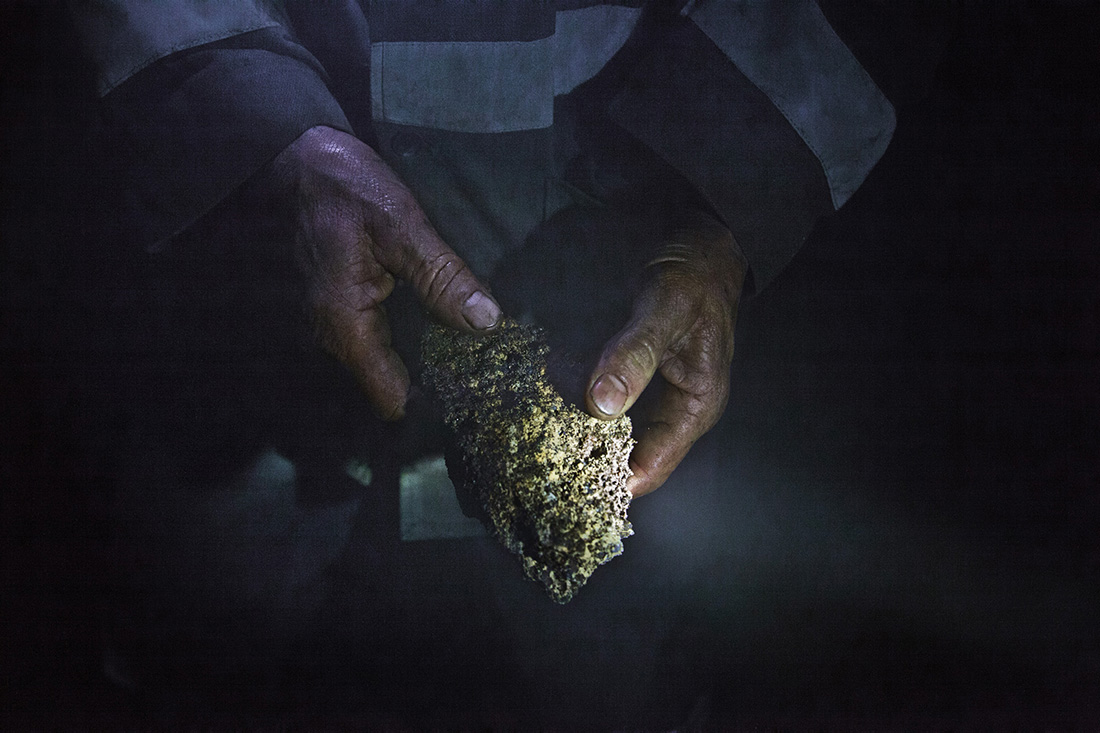 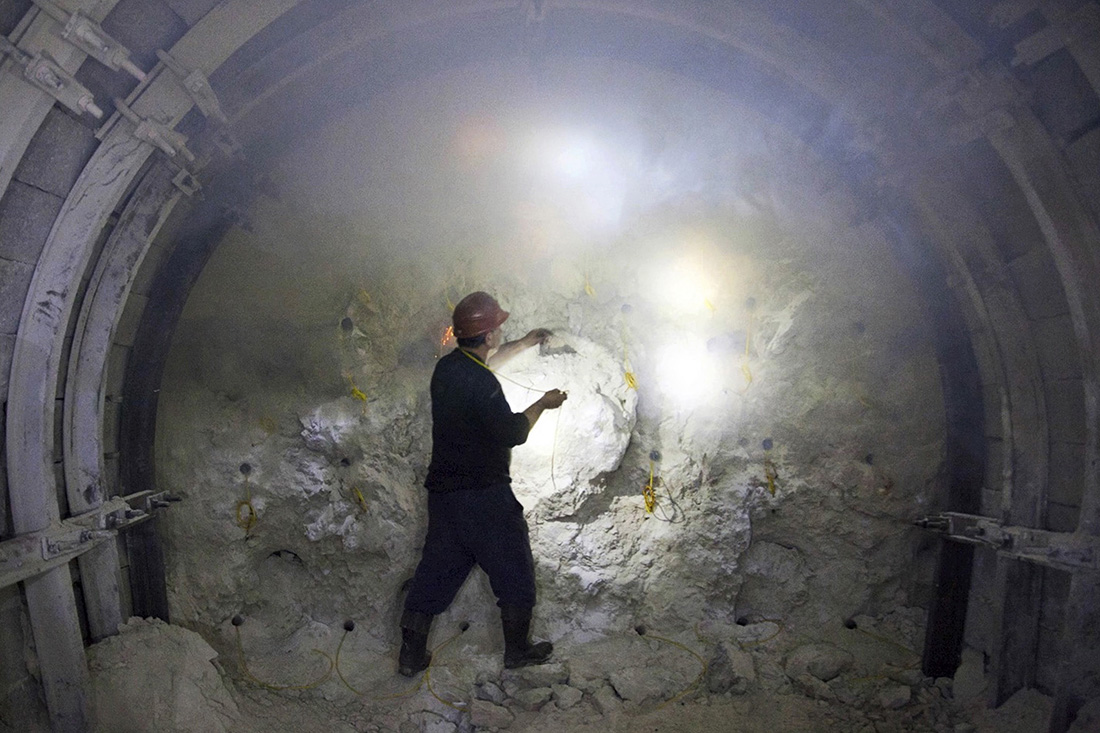 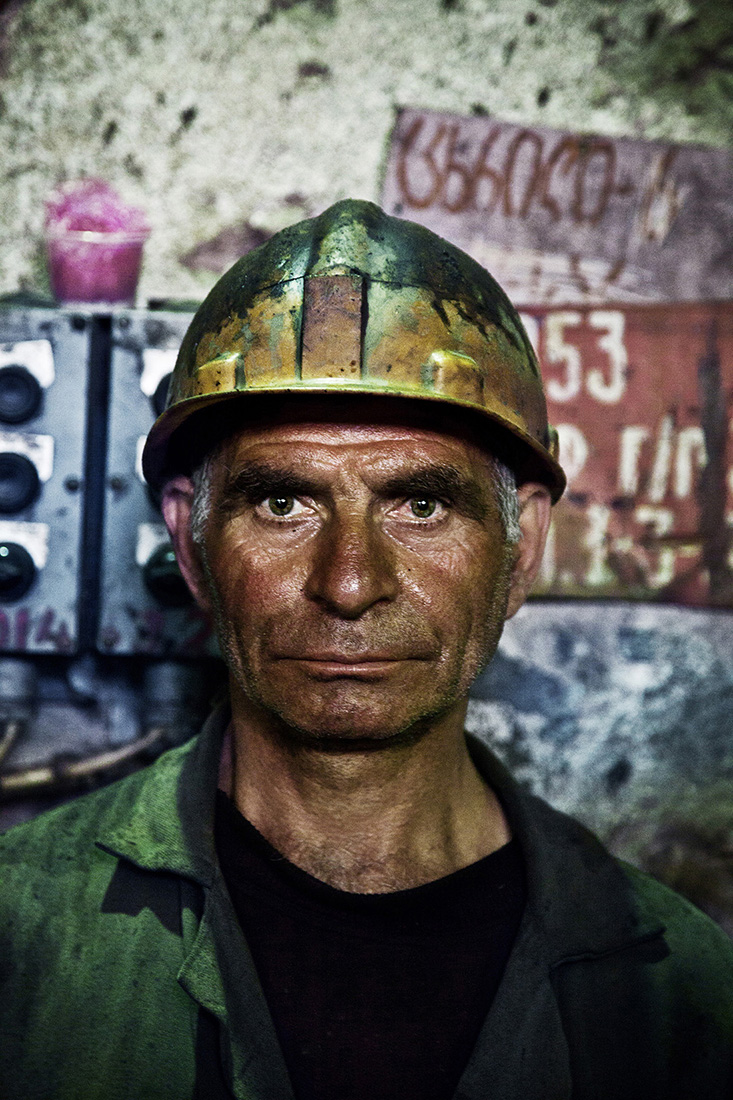 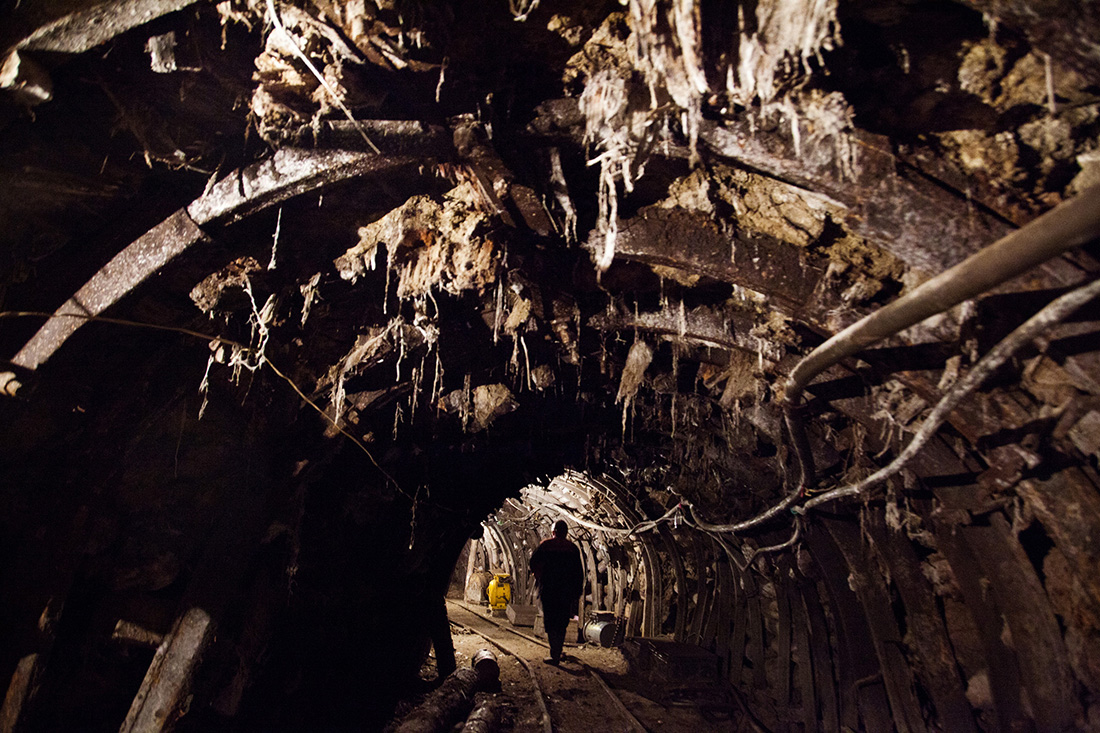 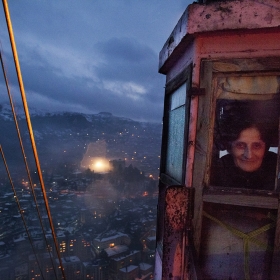 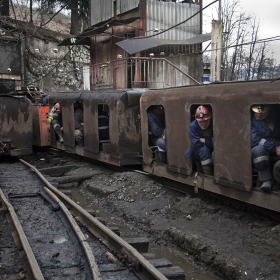 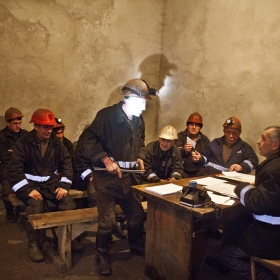 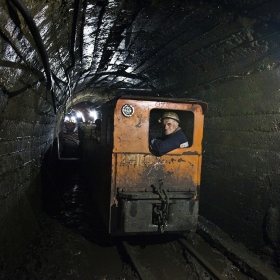 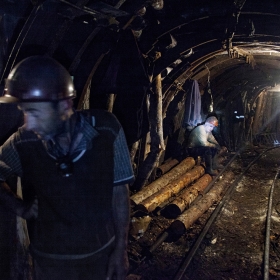 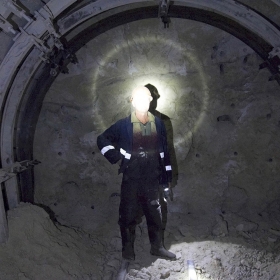 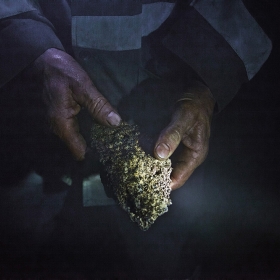 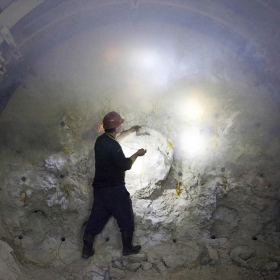 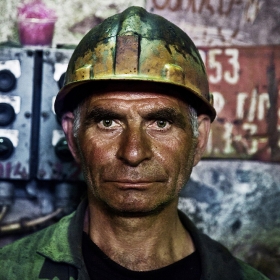 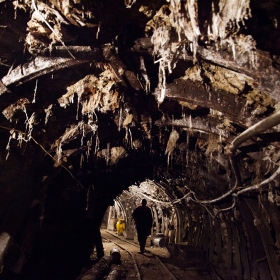 Daro Sulakauri
The Black Gold
Share
Support this photographer - share this work on Facebook.
Walking in the City of Chiatura in a hot weather is almost like a misty dance floor of a club. Manganese dust looks as if it is visible due to open pit mines. The main river Kvirila, which flows through the whole town is poluted as the remnants of the ore are flushed down. The grey City’s entrance seems abandoned at first, but once you look up and see rusted 60 year old cable cars going up and down the mountains you are magnetized; “When we hear a cranky sound on the wire during the transportation , we know it has to be fixed and we fix it”, says a woman who has worked as a Cable car conductor for 20 years. 60 year old Cable cars have never been replaced. It was built during the Soviet era, as a purpose for the mineworkers to transport up and down the mines.
There are approx 3,400 people working as mineworkers with 8-12 hours of work, with monthly salary of approx. $270. Throughout the years there have been massive and small protests against harsh conditions, low salaries and mass dismissal of employees. Several cases of death rose a question of how safe it is for people to work in the mines, deep in the ground with equipment that have never been upgraded since installment, dated back in the 50’s.
Many miners are originally from the villages on the surface of the tunnels, so to feed their families they are digging and exploding under their own homes, in the search for Manganese. Inside the tunnels the water drips, there is a lack of oxygen, because of the poor ventilation system. After the explosion of the soil the chemicals stay in the tunnel. Mineworkers endure the hard labor to support their families.
Chiatura City has the largest manganese reserve in Georgia. Being a mineworker is mostly the only choice for a job in the City. The younger generation slowly make their way to the Capital for a better future, but many stay and follow the footsteps of their Parents.
My story focuses on the lives of mineworkers who face the everyday challenge working under harsh conditions. As well as the daily life of the locals and young generation, who despite the many components that are missing to live a happy life, still stay in Chiatura, as their love of the City never fades.